Some days it truly feels like 'so many birds, so little time'. It has only been a few days since the last post and we are still seeing warblers, vireos, flycatchers, tanagers and hummingbirds. The Brown Thrasher that has been frequenting the swampy thicket was looking for food there again on Wednesday, 10/4. 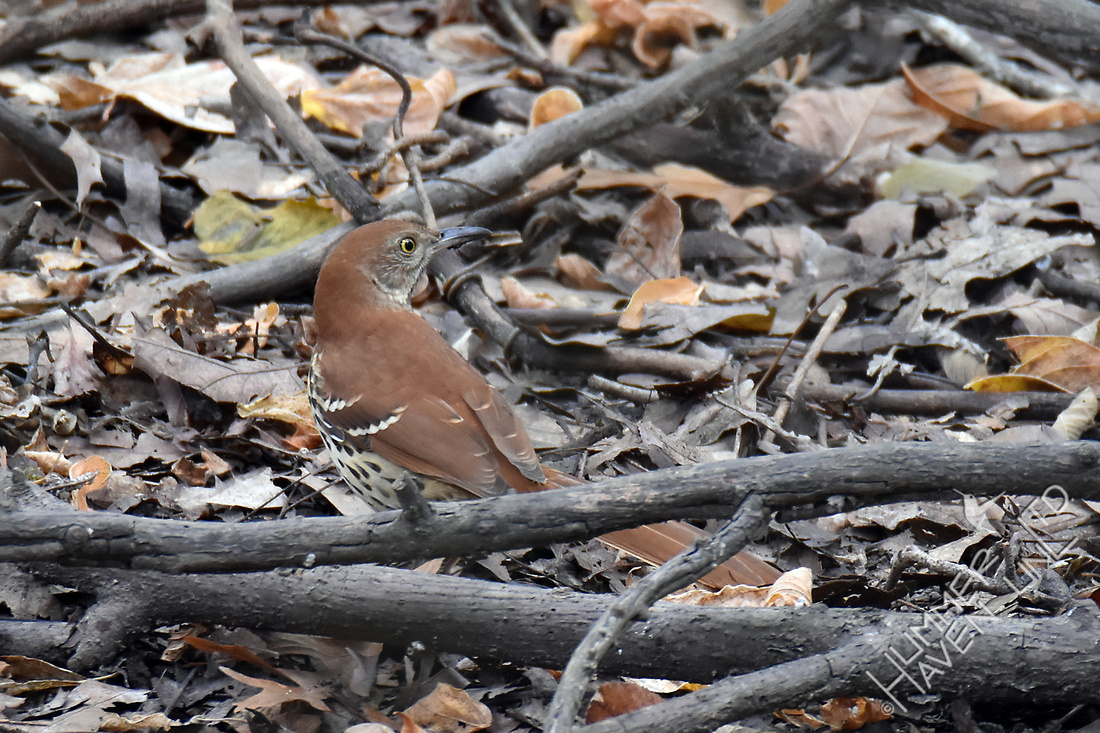 One of the Northern Flickers got into the basin for a rousing good bath that day. 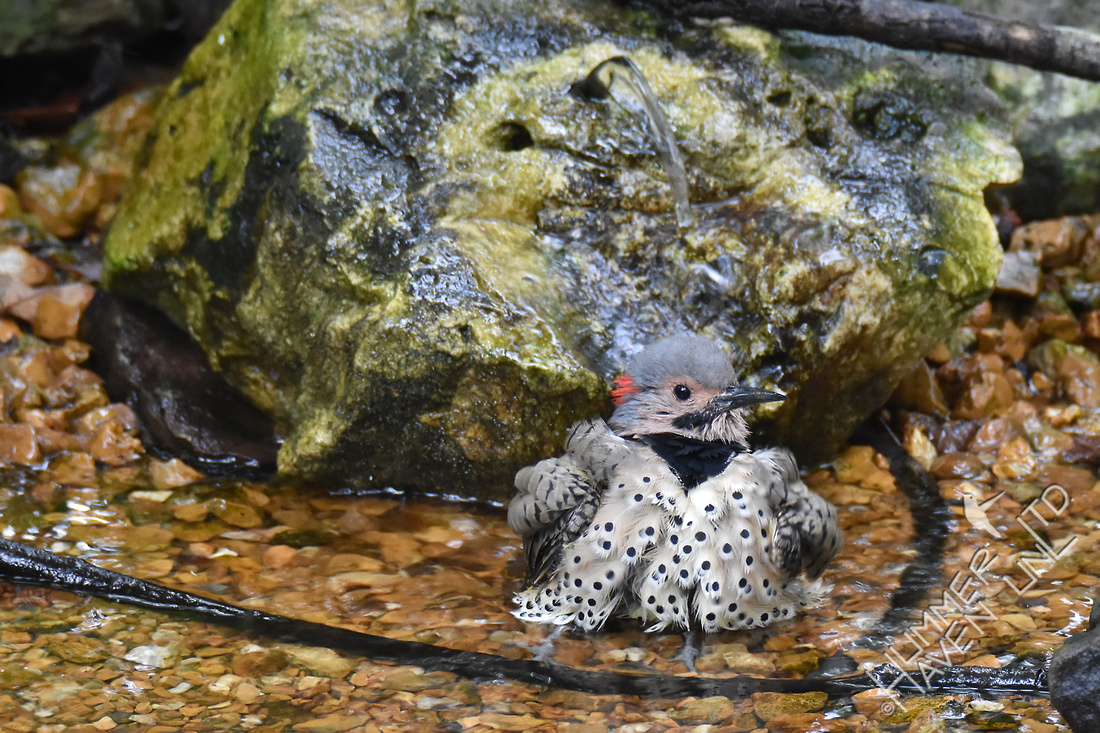 In the afternoon, a larger flock of warblers came in. At one point, there were at least 5 Tennessee and 3 Black-throated Green Warblers on the Bubbler rock!  See the one 'waiting in the wings' in the upper far right? 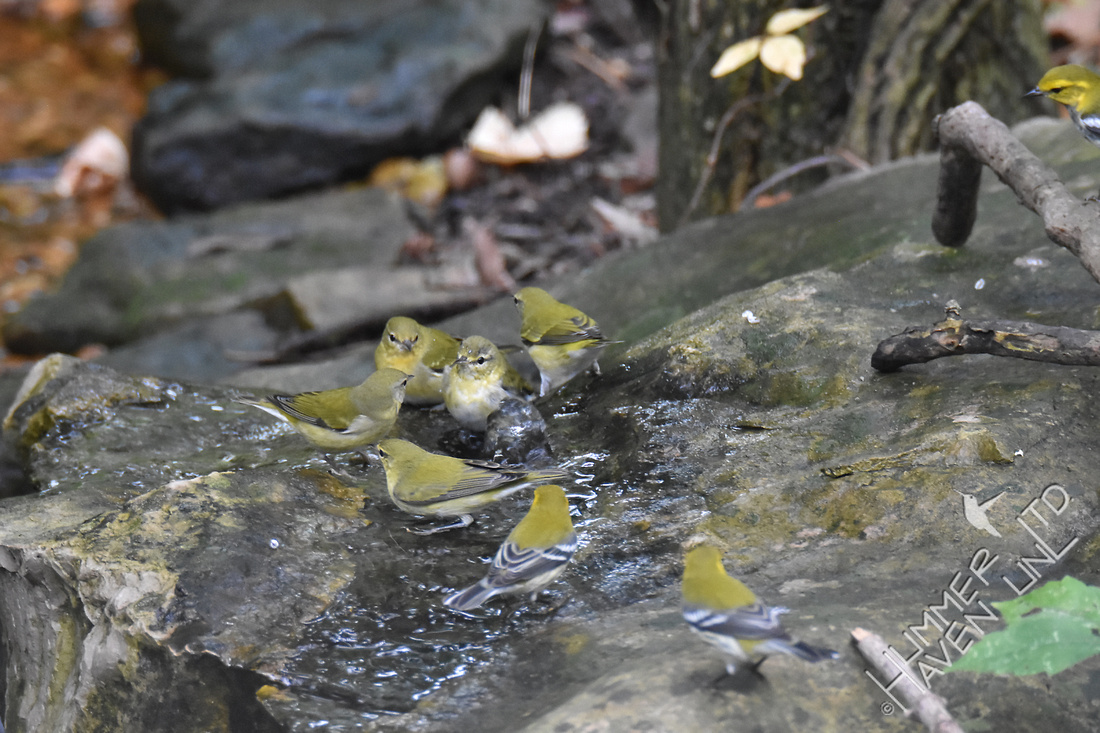 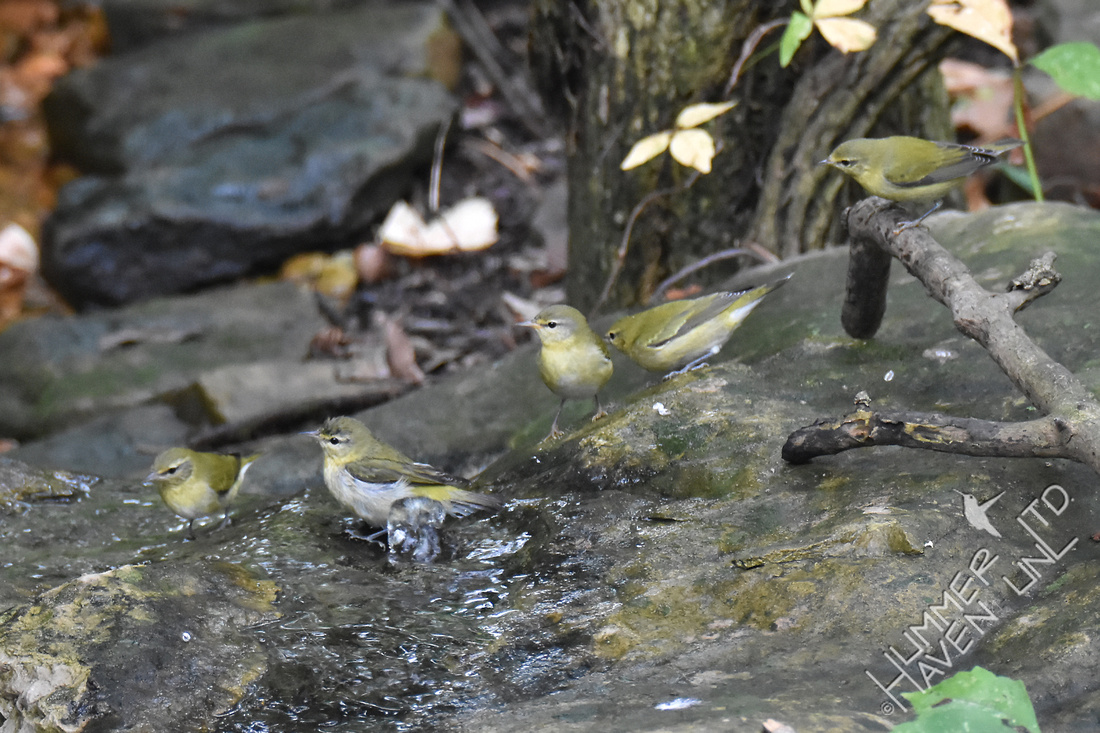 That day I saw the first Summer Tanager of the fall season, a male molting from its red summer coat to the dull yellow green of winter. 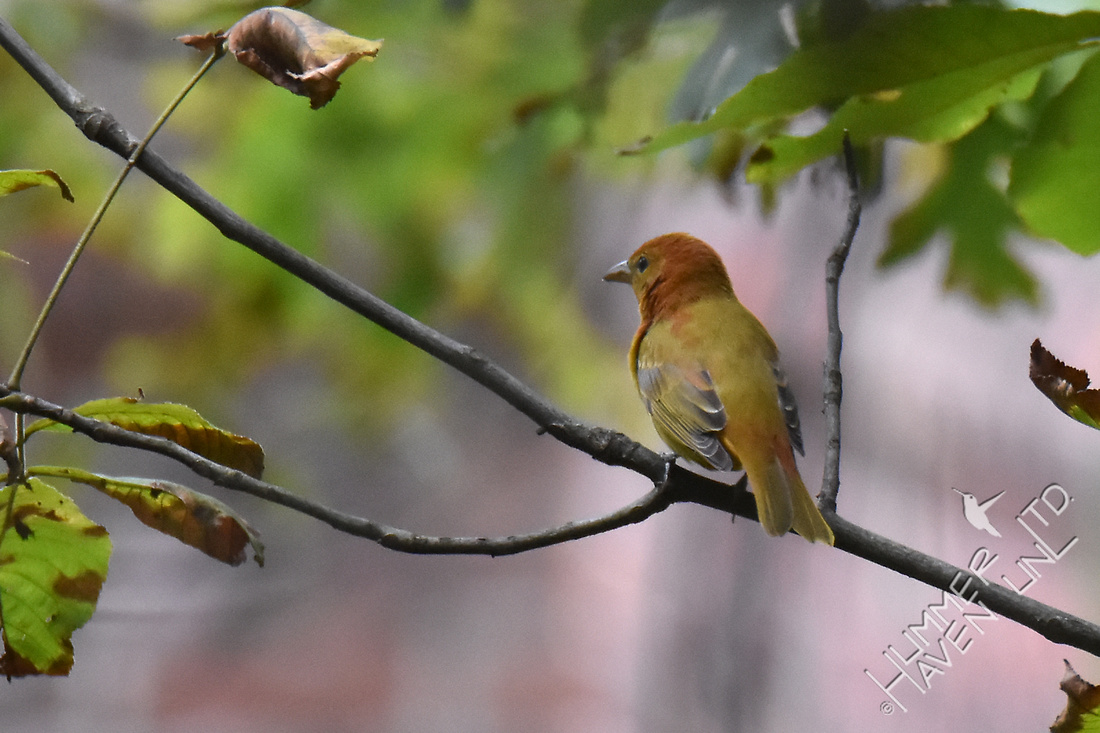 Another female Northern Parula was well-camouflaged as it came in to the Bubbler area. 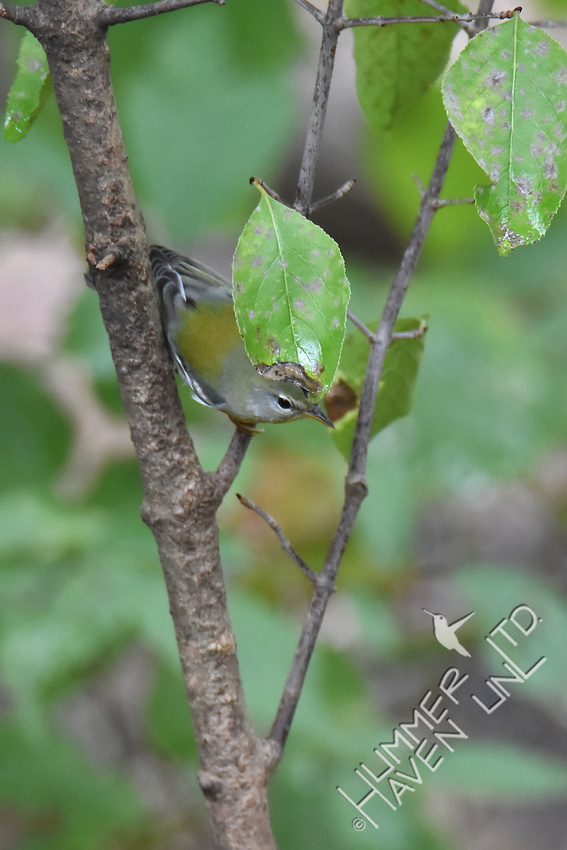 There are those times when I just feel extremely lucky to be in the right place at the right time. I might have missed this one entirely.  I was listening to several of the Tennessee Warblers making their soft little 'tsip' calls as they were finding tiny larvae in the bark of a small elm by the deck. Then, I thought I heard a more rapid, excited 'chip' a few times and turned to see this Yellow-throated Warbler going to the fountain! What a joyful time it was having! 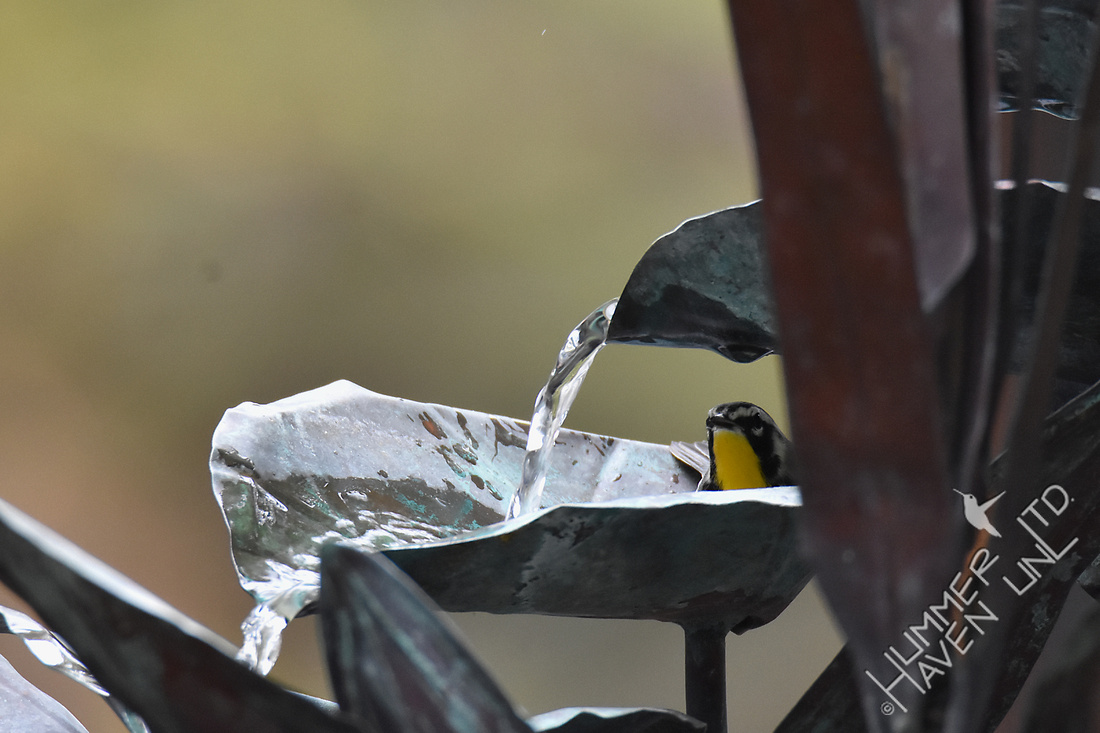 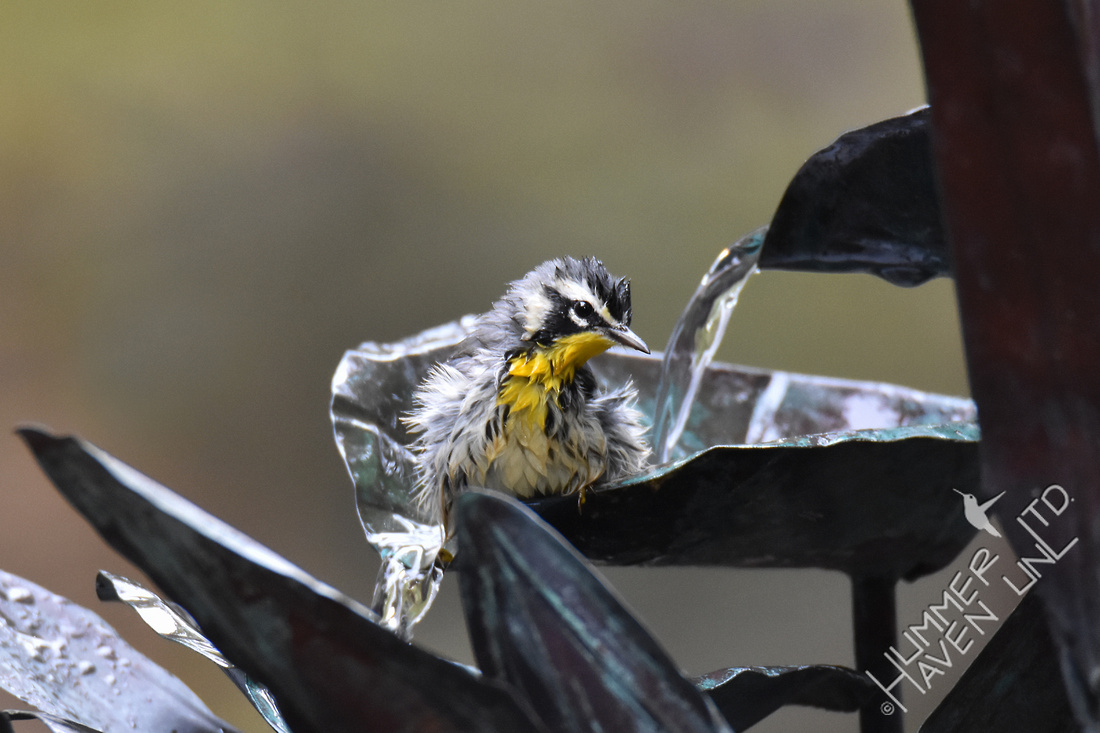 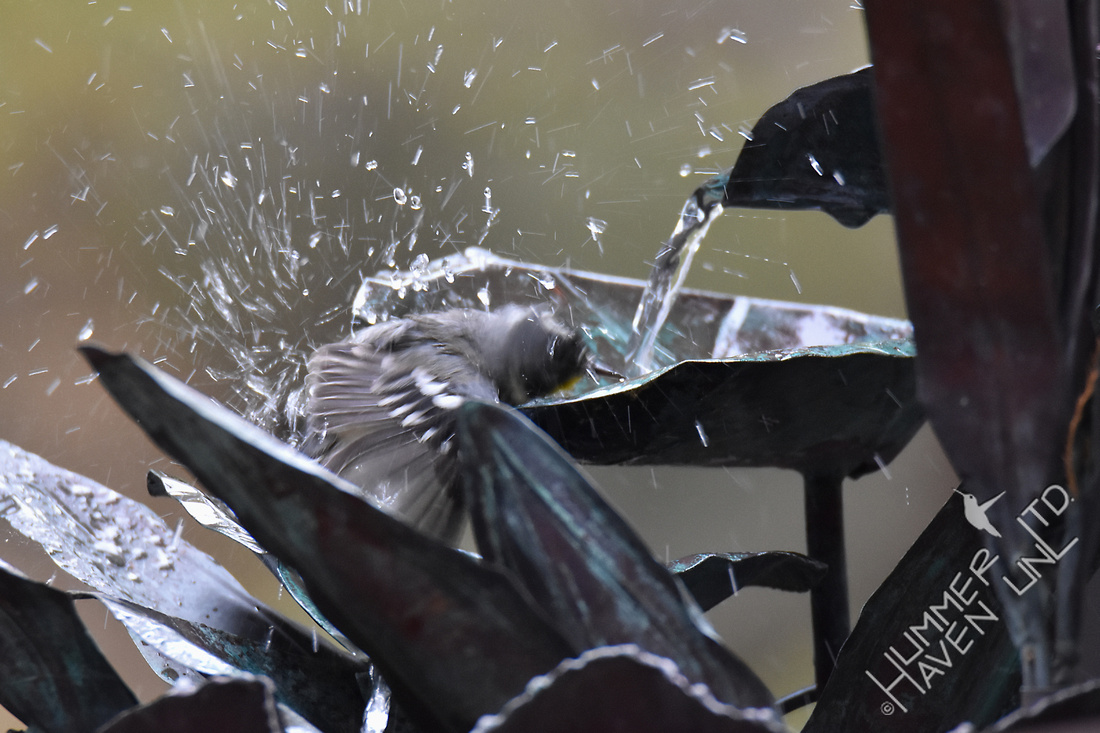 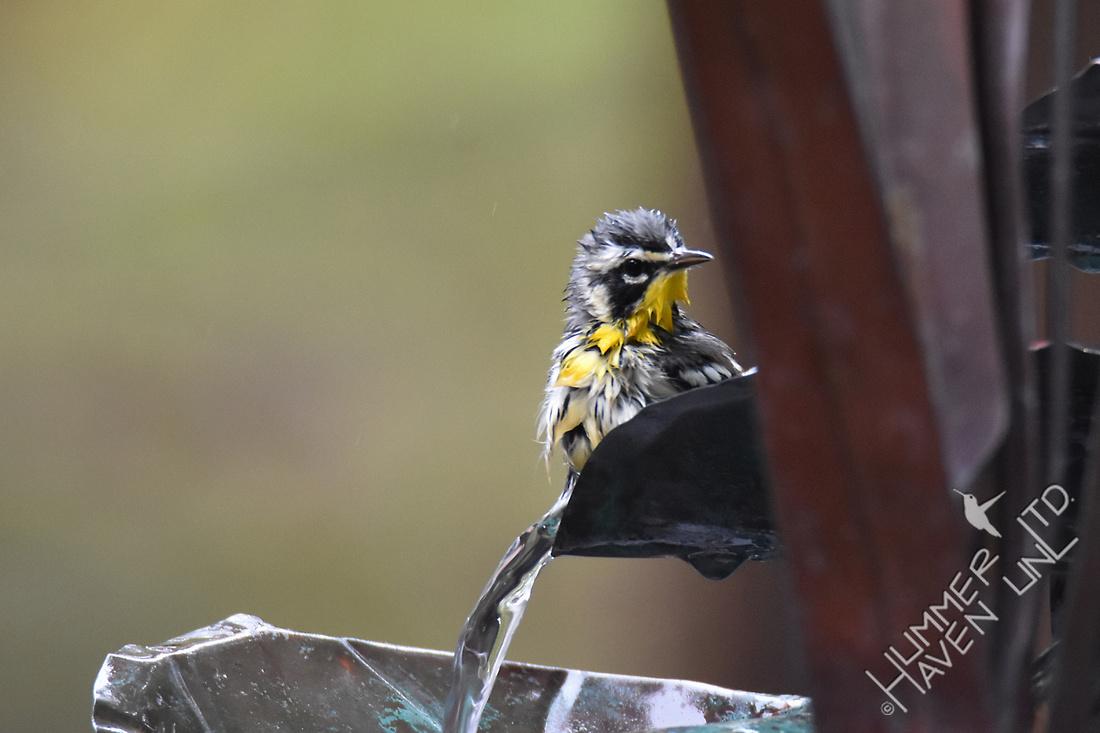 That species has only been seen here a handful of times and now twice this fall. It is considered rare to be seen after September 1, and this was on 10/5/17.

On Friday, 10/6/17 there were some Tennessee Warblers bathing in the waterfall of the pond. 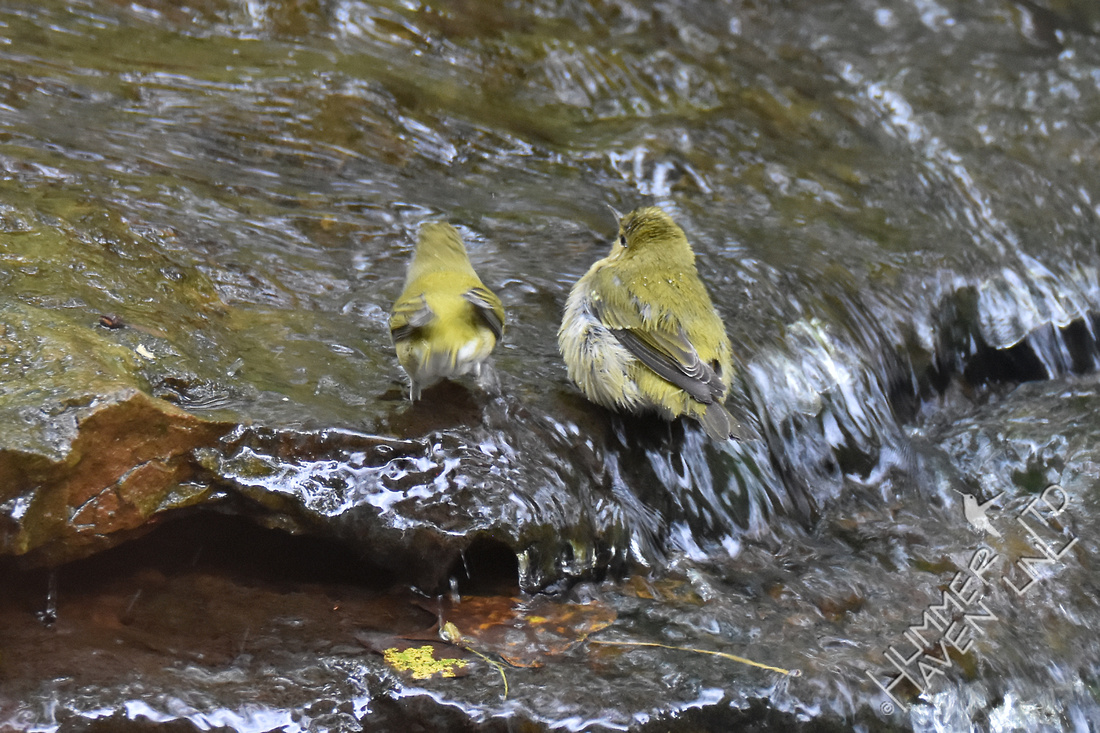 A Magnolia Warbler was spotted briefly in the sump puddle on Friday, 10/6/17. This bird is noticeably late getting to its wintering grounds, and so is the Chestnut-sided Warbler. 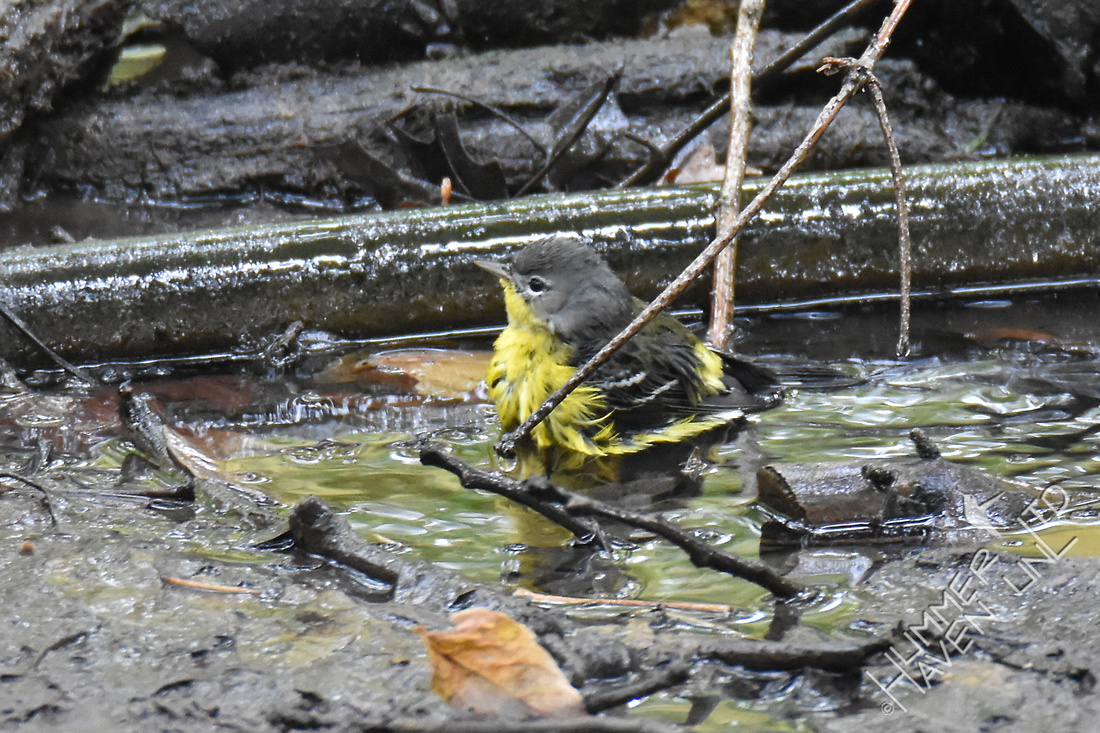 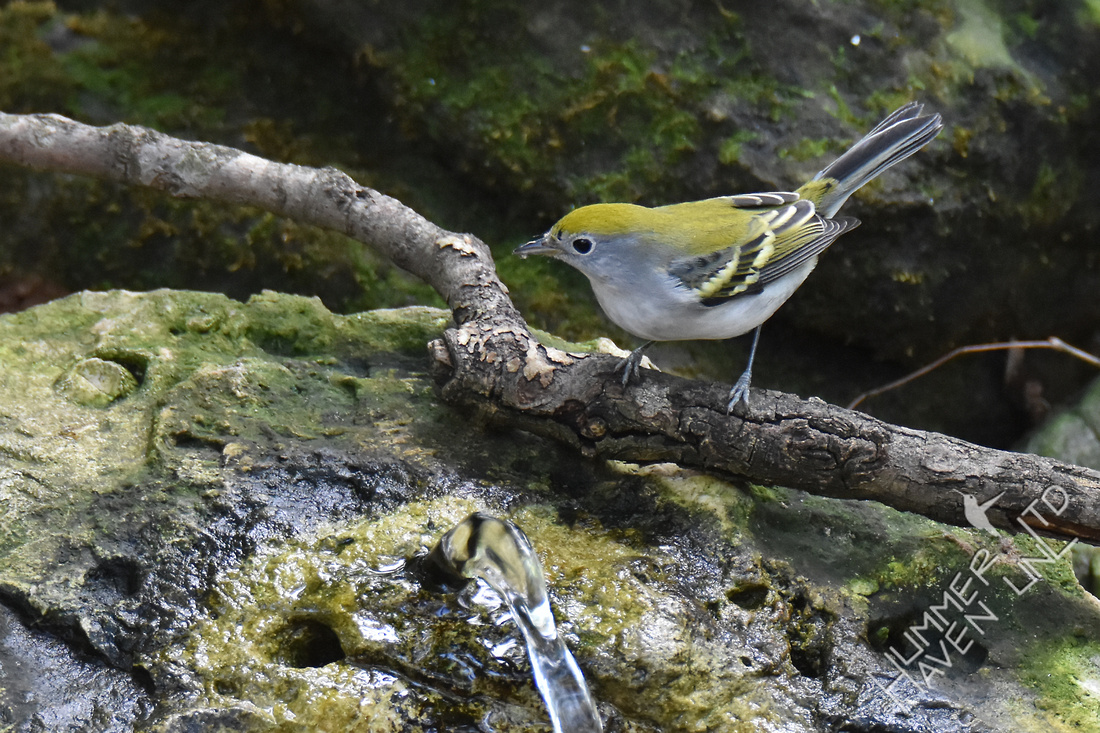 I have been asked whether one can tell the difference between two birds of the same species, and yes, sometimes you can even if the sexes are similar. There were two Blue-headed Vireos, one of which splash-bathed. The fourth photo is a second bird which has a grayer head and may be a younger bird. 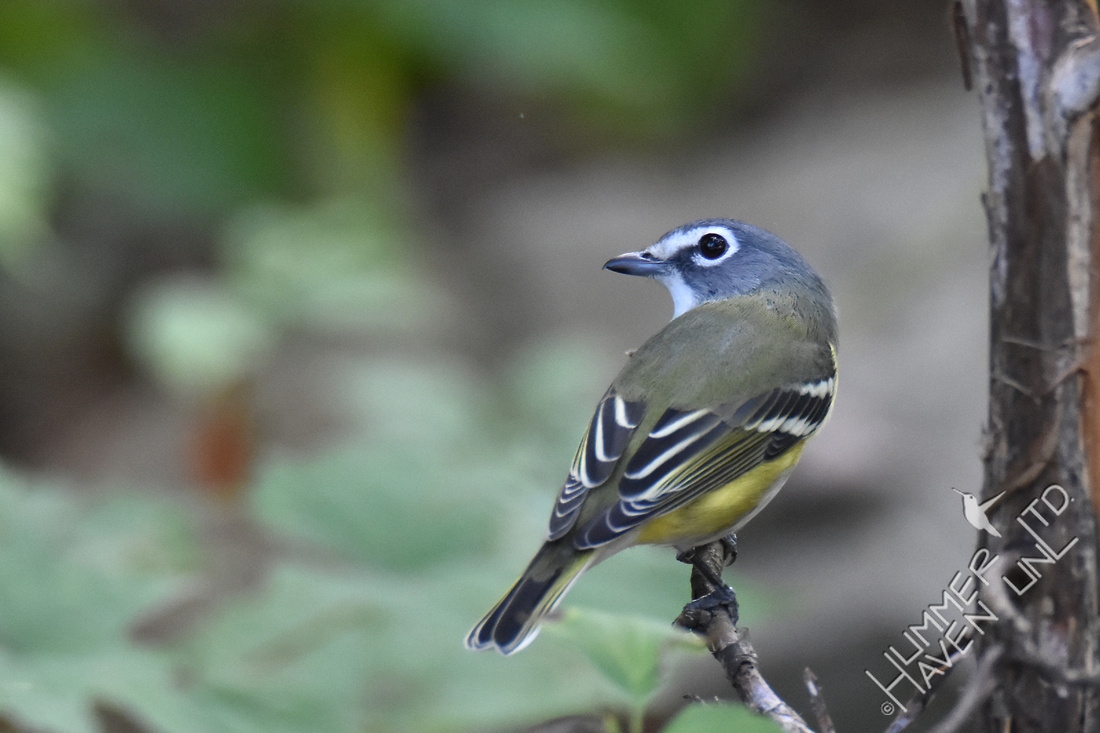 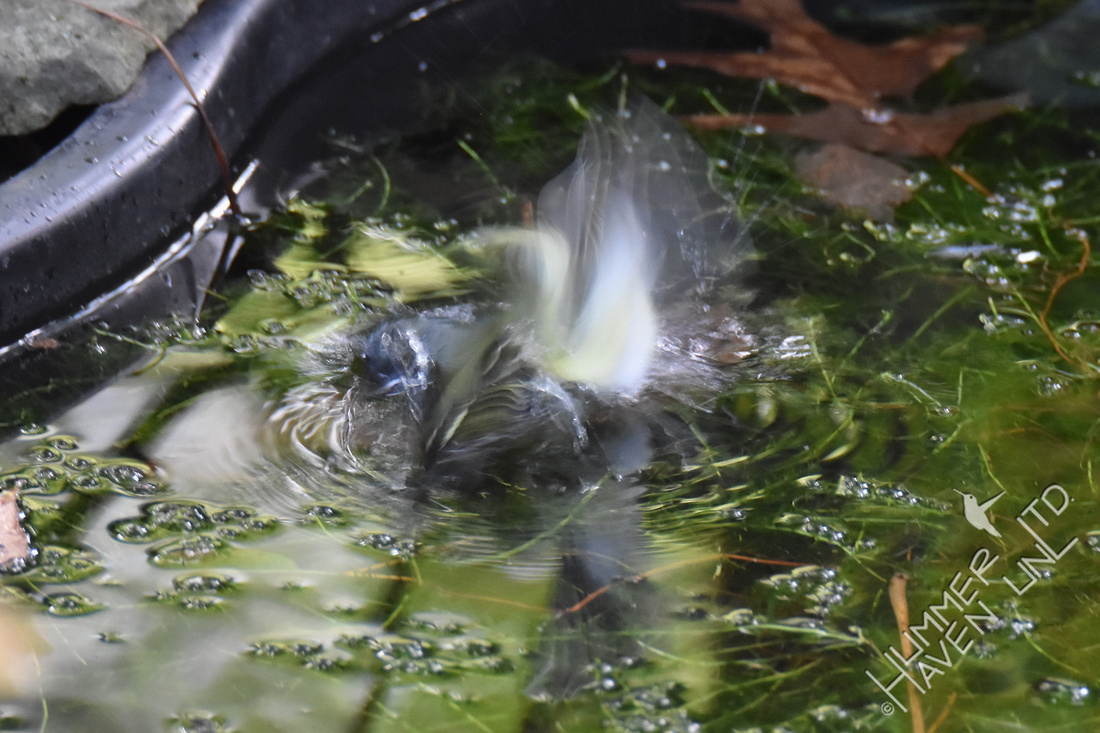 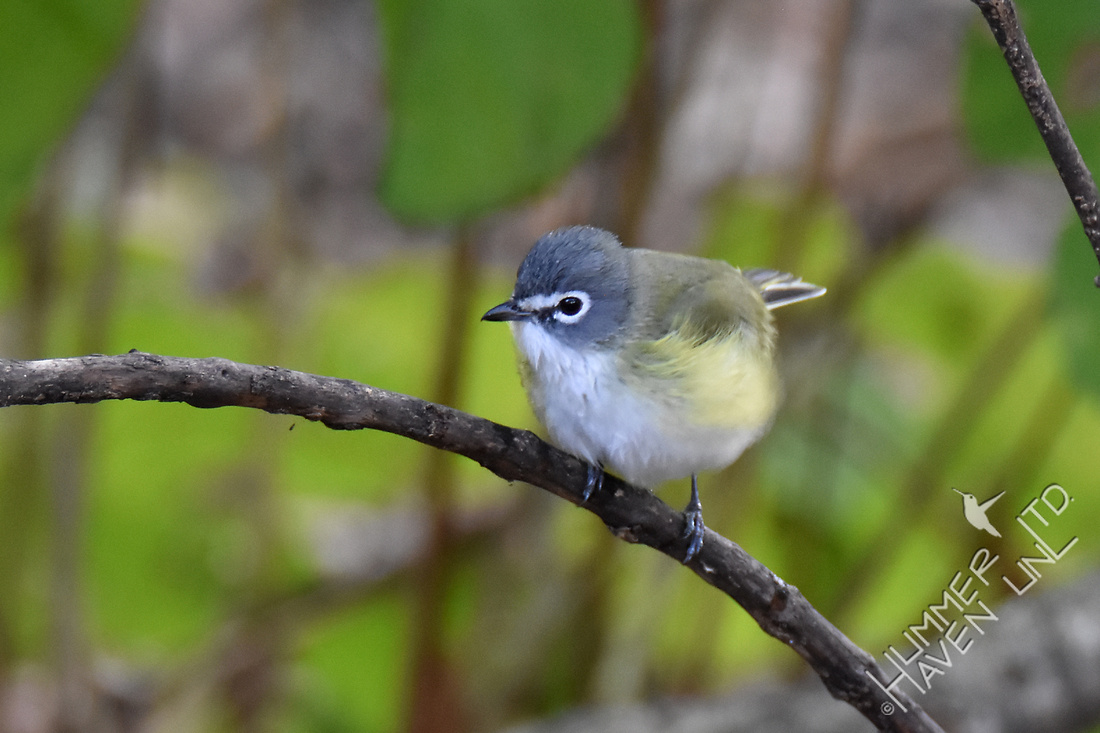 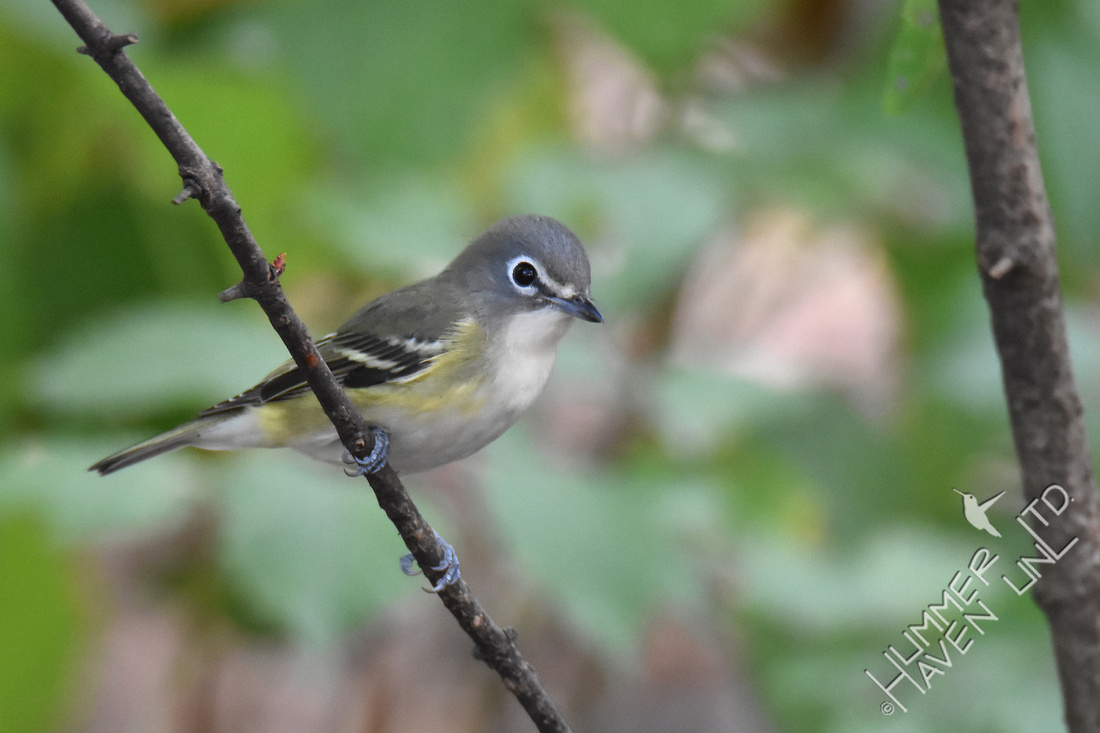 Another female Northern Parula, on the right, was seen bathing with a Northern Cardinal and a Nashville Warbler. 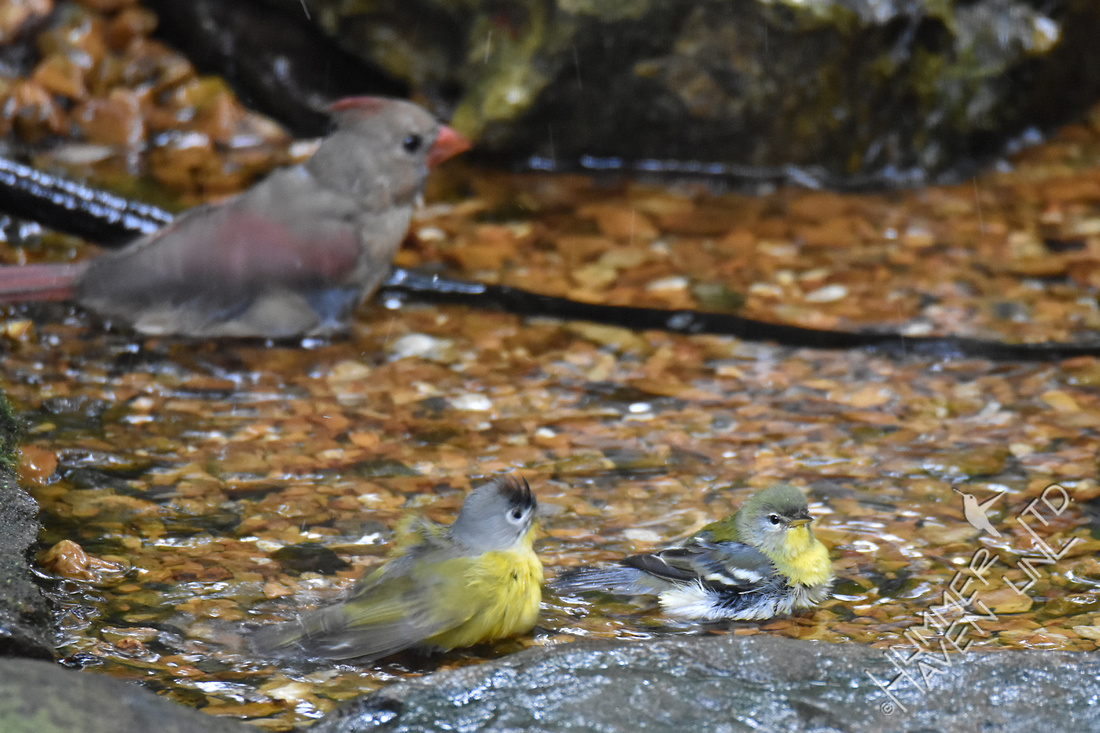 Late in the afternoon, a Summer Tanager was foraging in the Buttonbush (Cephalanthus occidentalis) and a second bird was out in the garden. Subtle differences but it looked a bit more reddish to me. 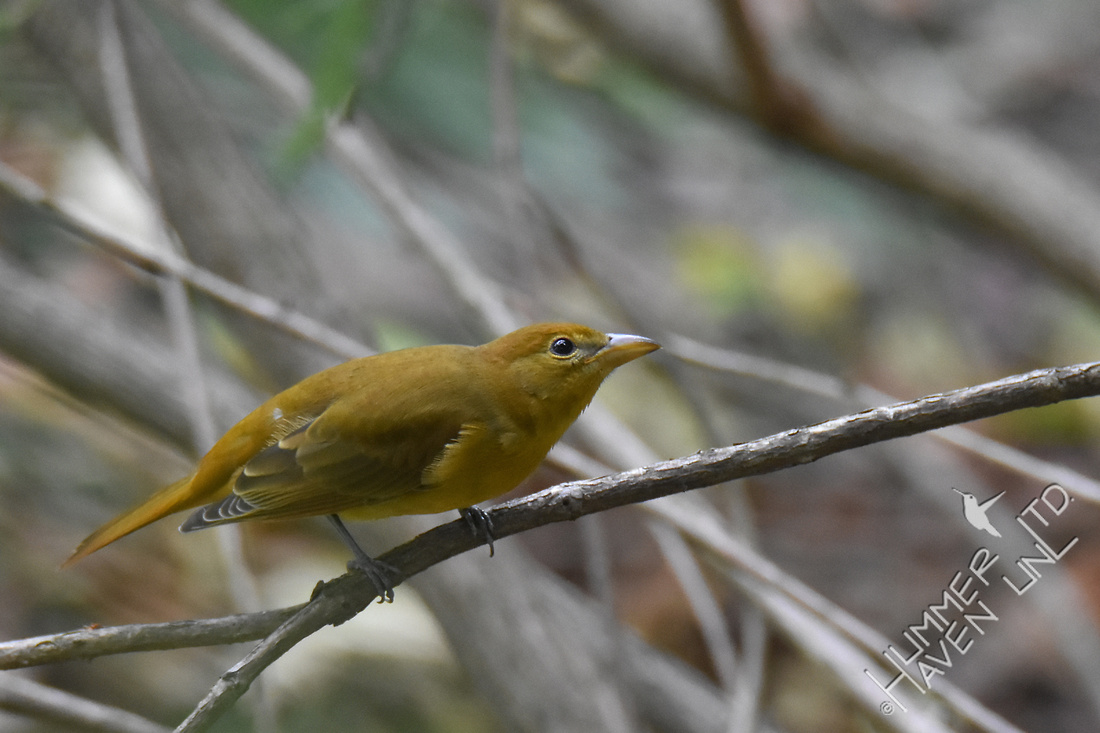 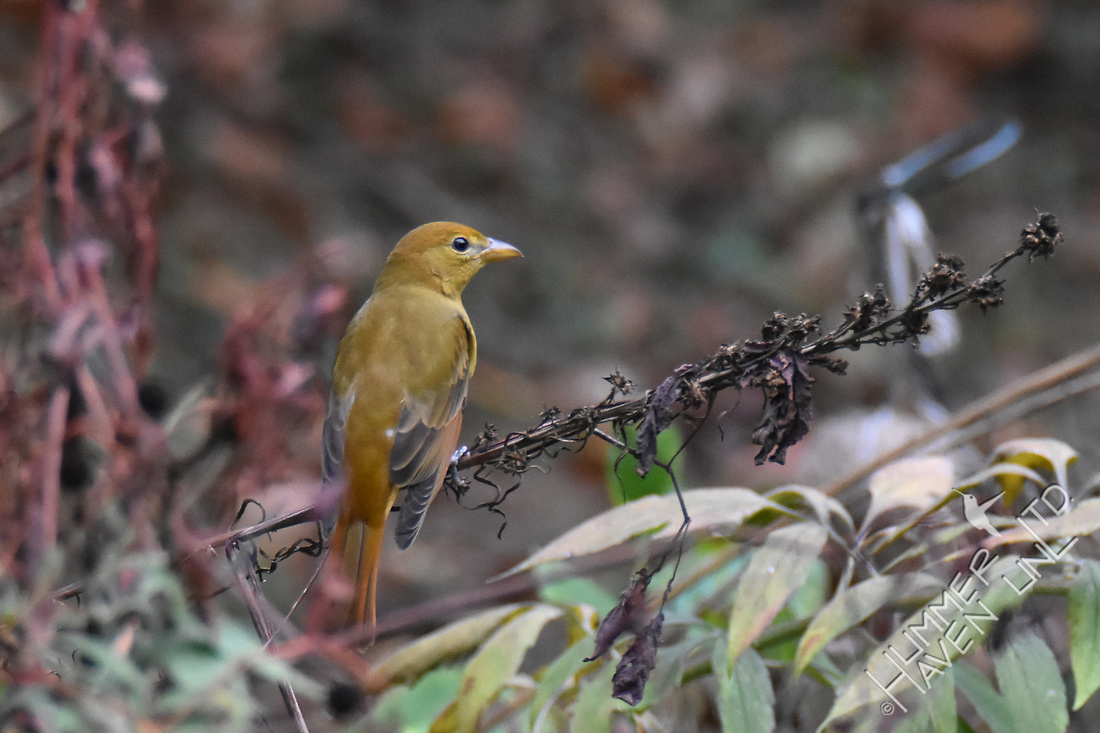 A very thirsty Red-eyed Vireo perched and took many drinks at the small bubbler rock in the basin on Saturday, 10/7/17. I have not seen this behavior before with a vireo. It's dry! 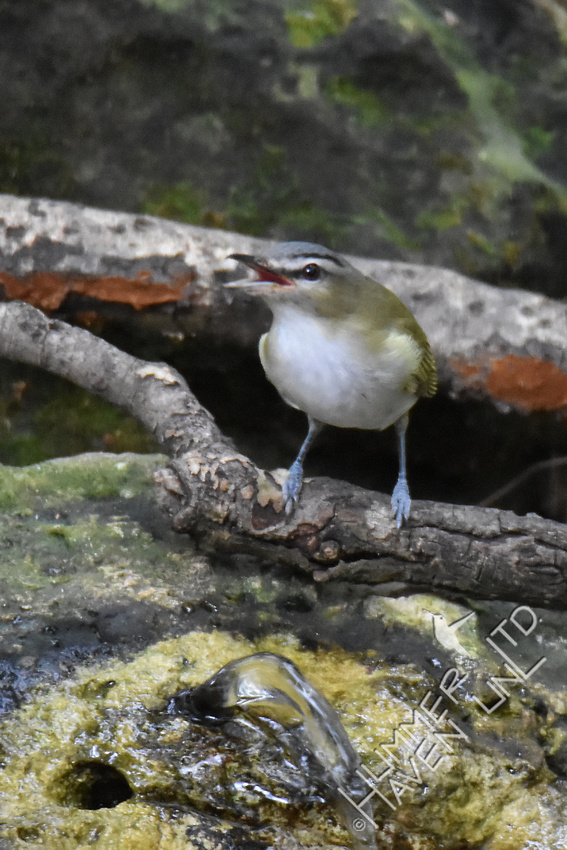 Several American Goldfinches were feasting on the seeds of the Eastern Blazingstar (Liatris scariosa) late in the afternoon. This plant is a true workhorse with its abundant purple blooms supplying nectar for hummingbirds, bees, Monarchs and other butterflies, and now seeds for these birds and others. It provides a perfect blend of autumn colors for these molting goldfinches to find protective cover in as well! 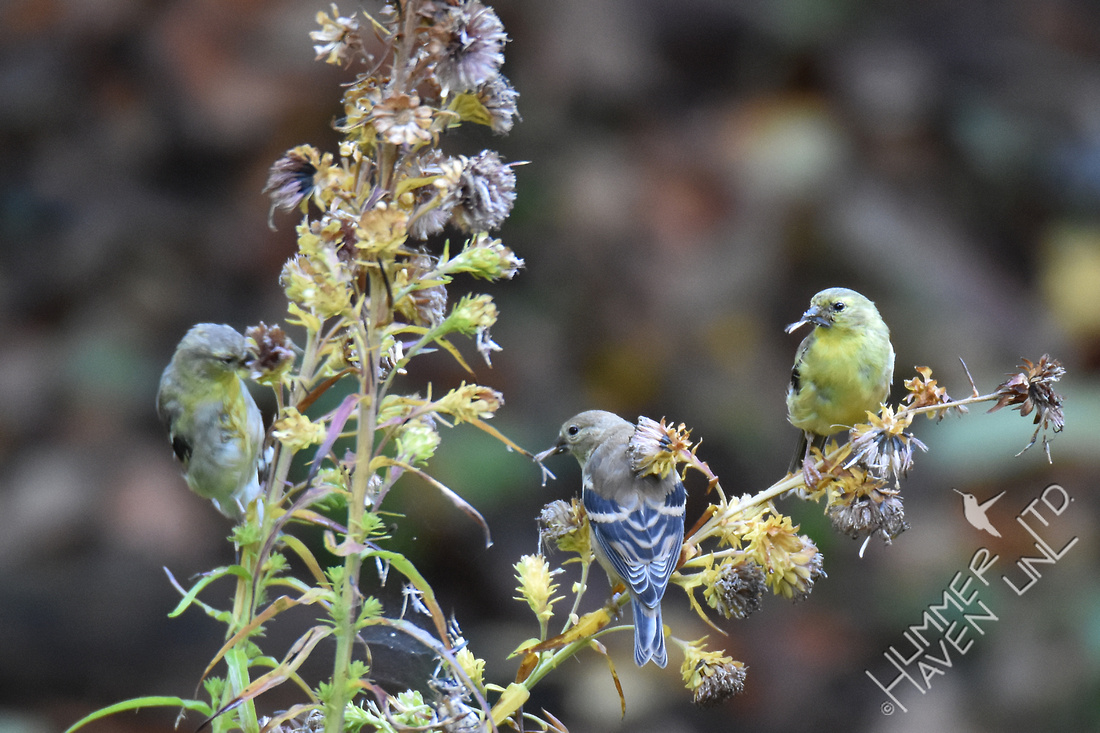 Yesterday was another day of warblers with seven species seen in the afternoon! American Redstarts, Black-throated Green, Tennessee, and Nashville Warblers were in the flock. A female Yellow-rumped Warbler made an appearance. 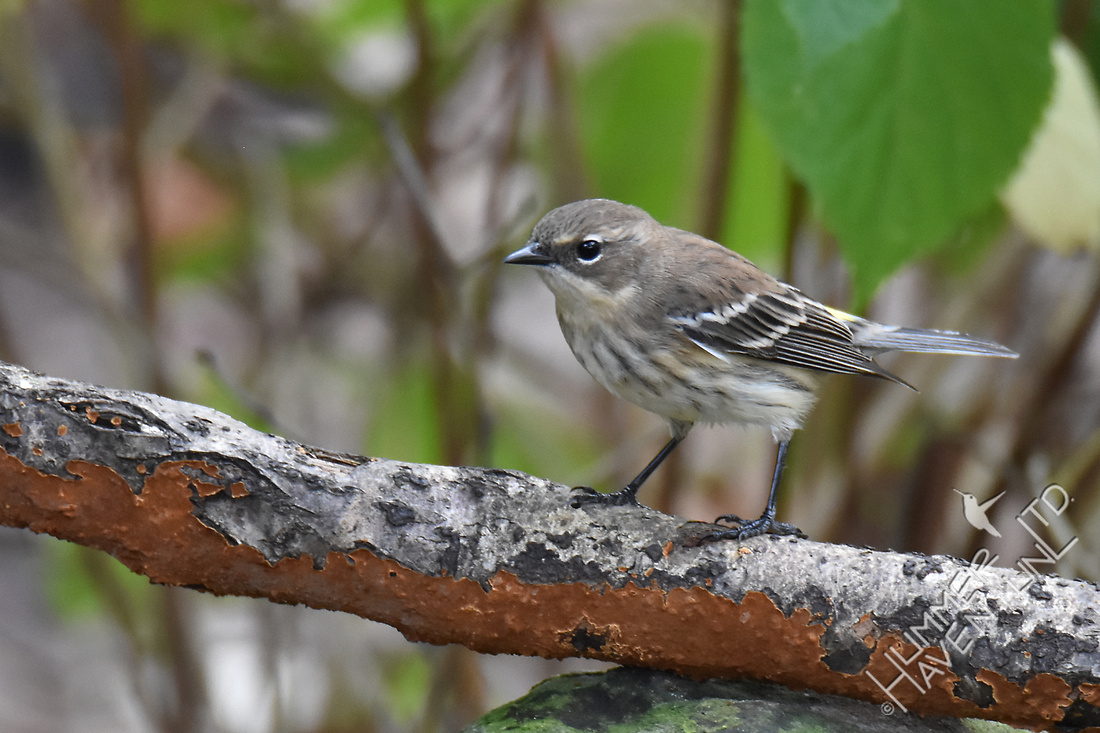 I was surprised to see a female Chestnut-sided Warbler still in this mix. Perhaps it is staying with this flock for protection, but this is late for this species. 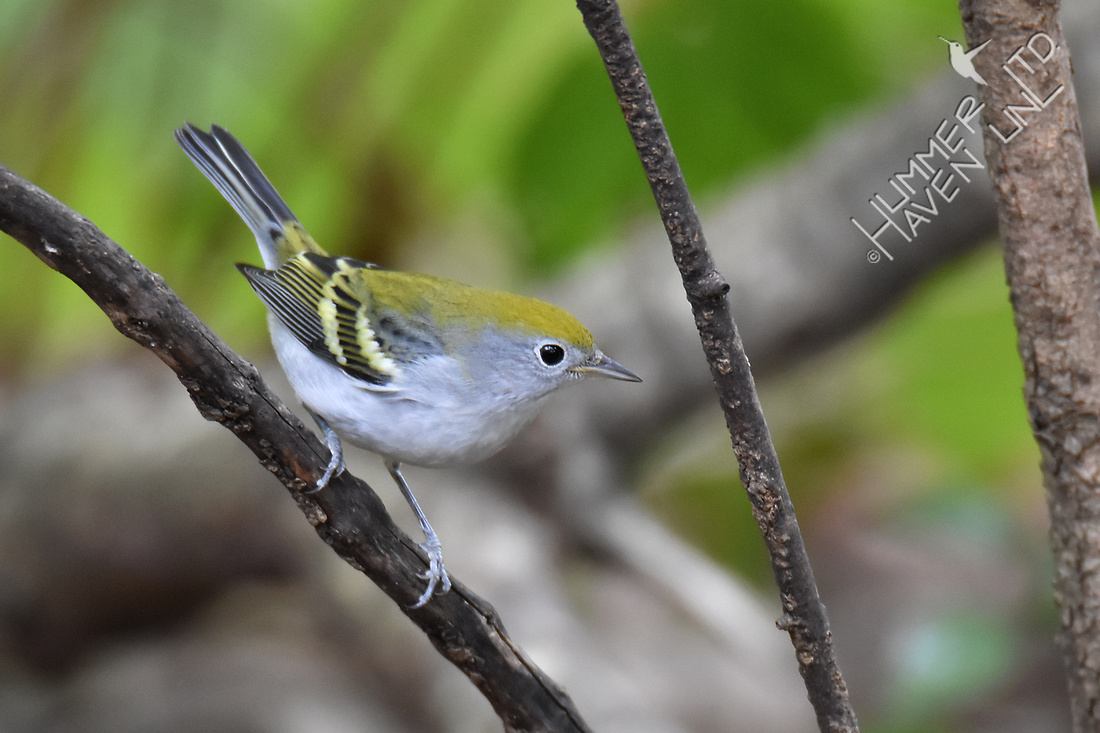 My last warbler of the day was a Common Yellowthroat who was very tentative at first about making an appearance. It finally did after coming in 'the back door'. 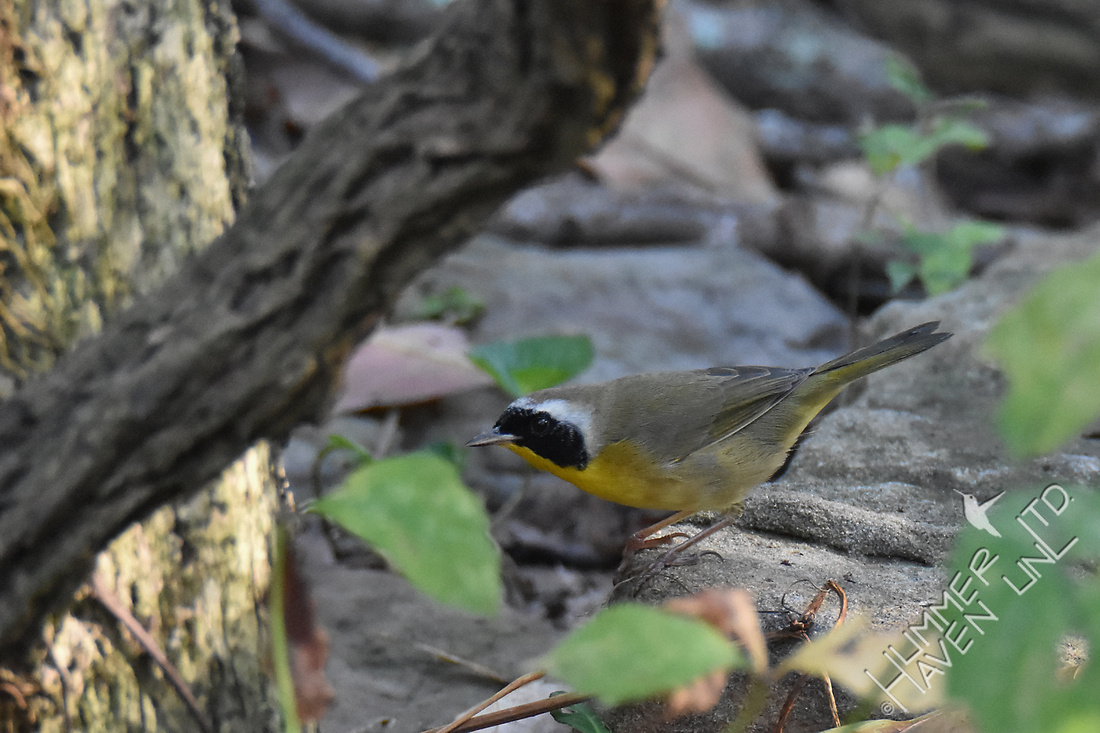 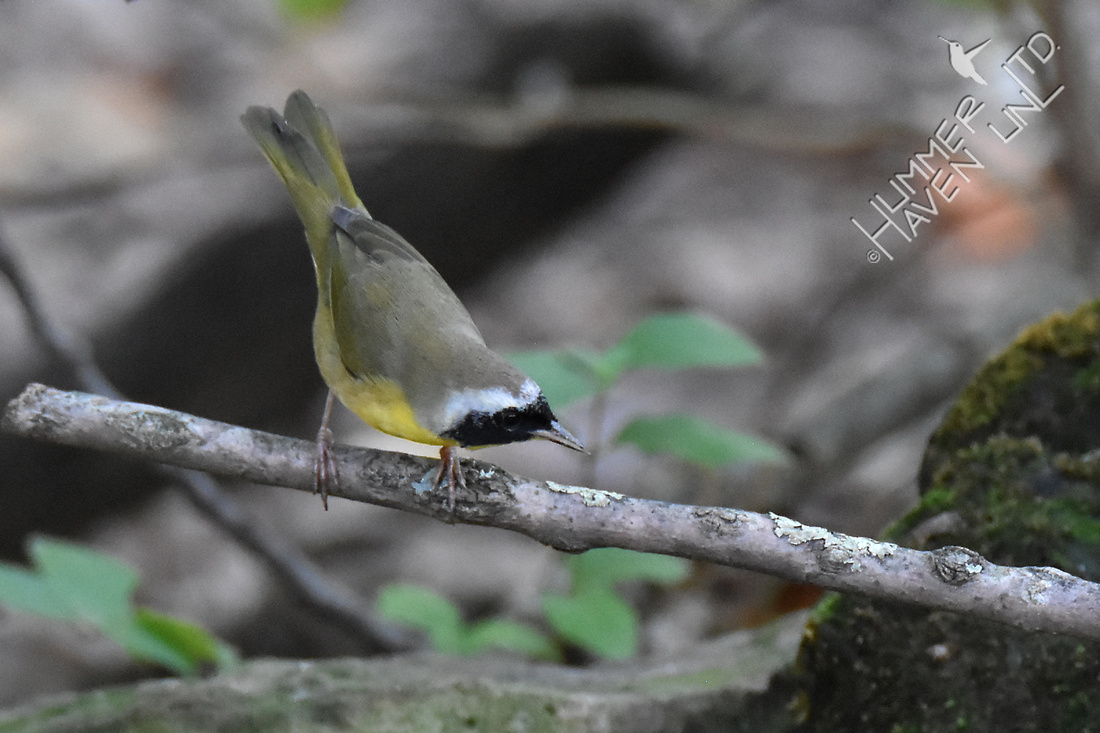 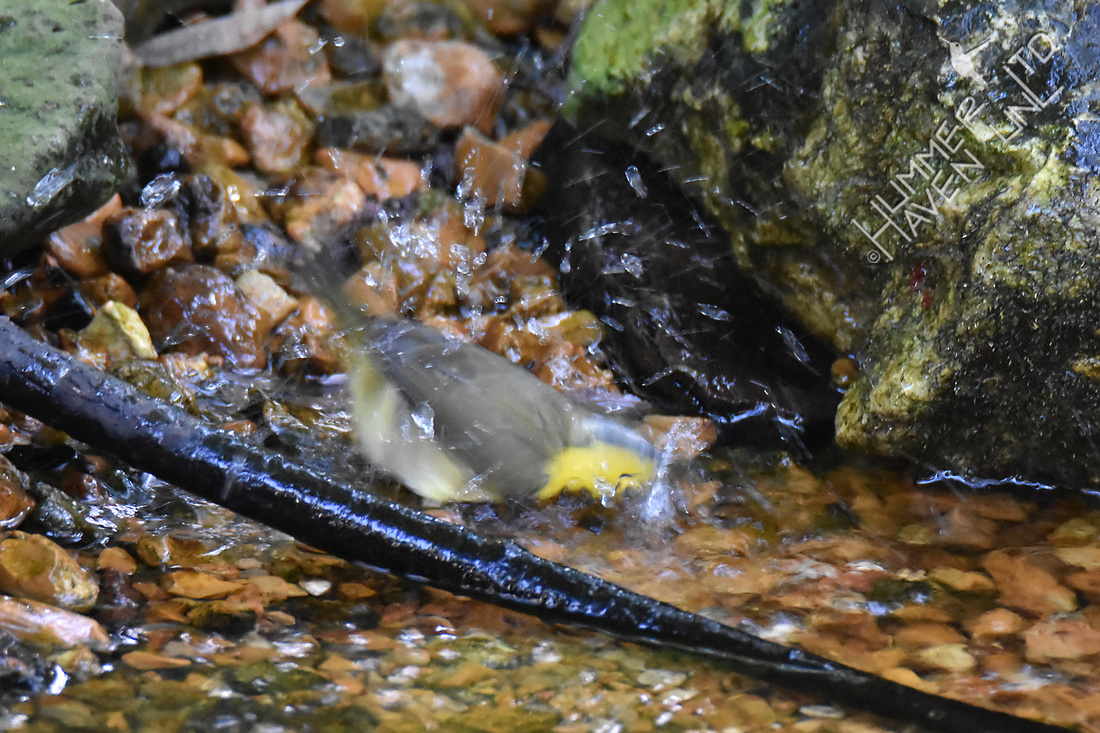 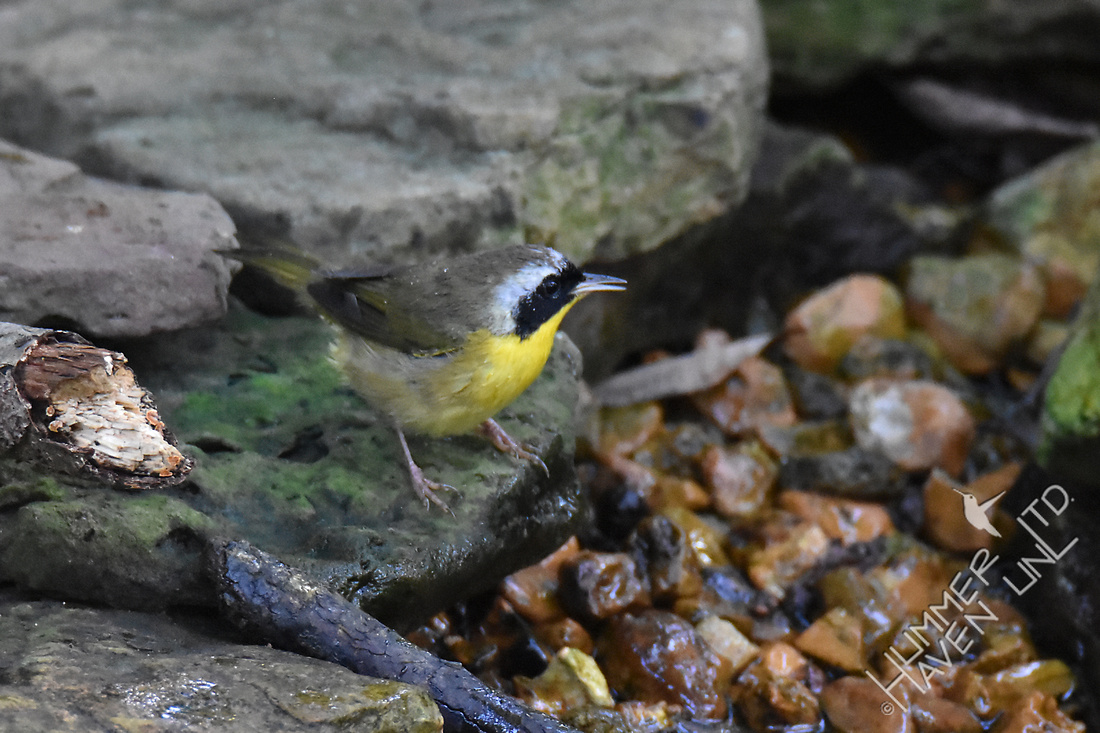