The garden has been busy with many types of pollinators. Swallowtails and other butterflies like cabbage whites and skippers have been on the Sweet Coneflower (Rudbeckia submentosa). 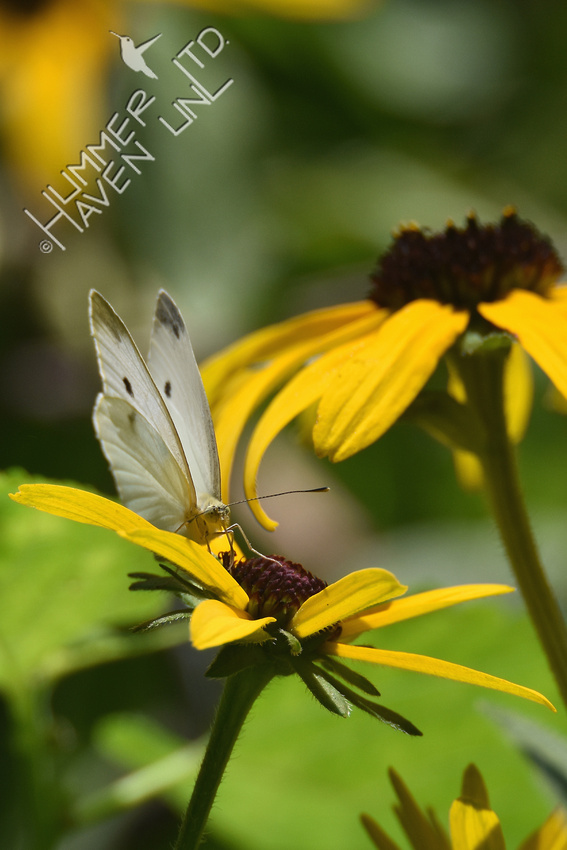 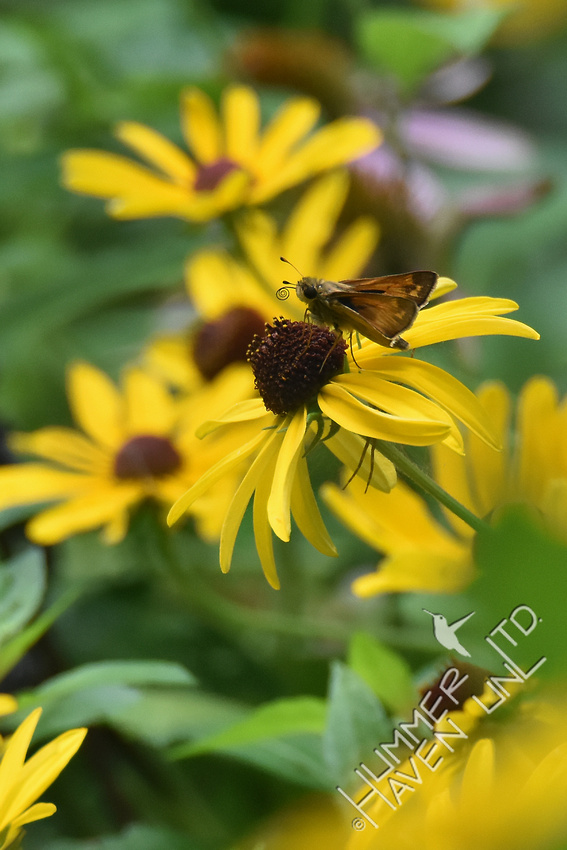 I occasionally see a Monarch at one, but they still prefer the Eastern Blazingstar (Liatris scariosa) and the Marsh Milkweed (Asclepias incarnata). 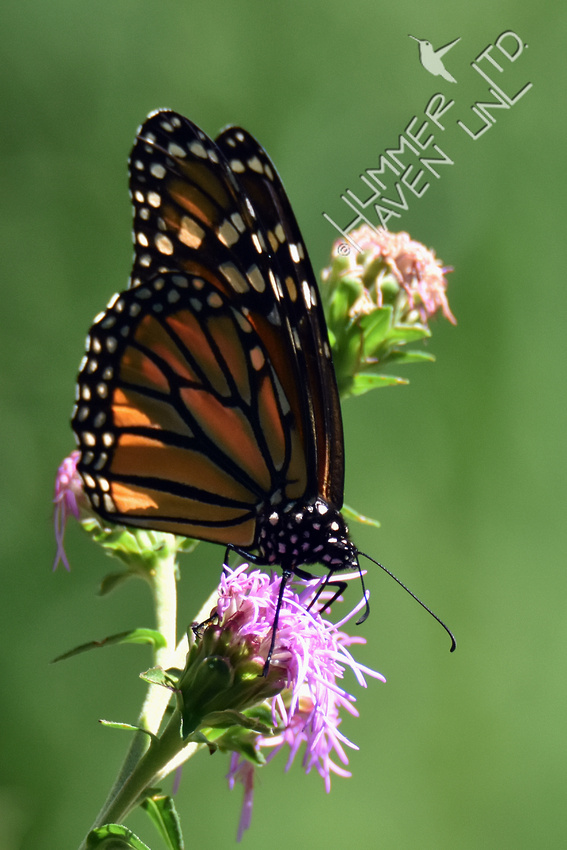 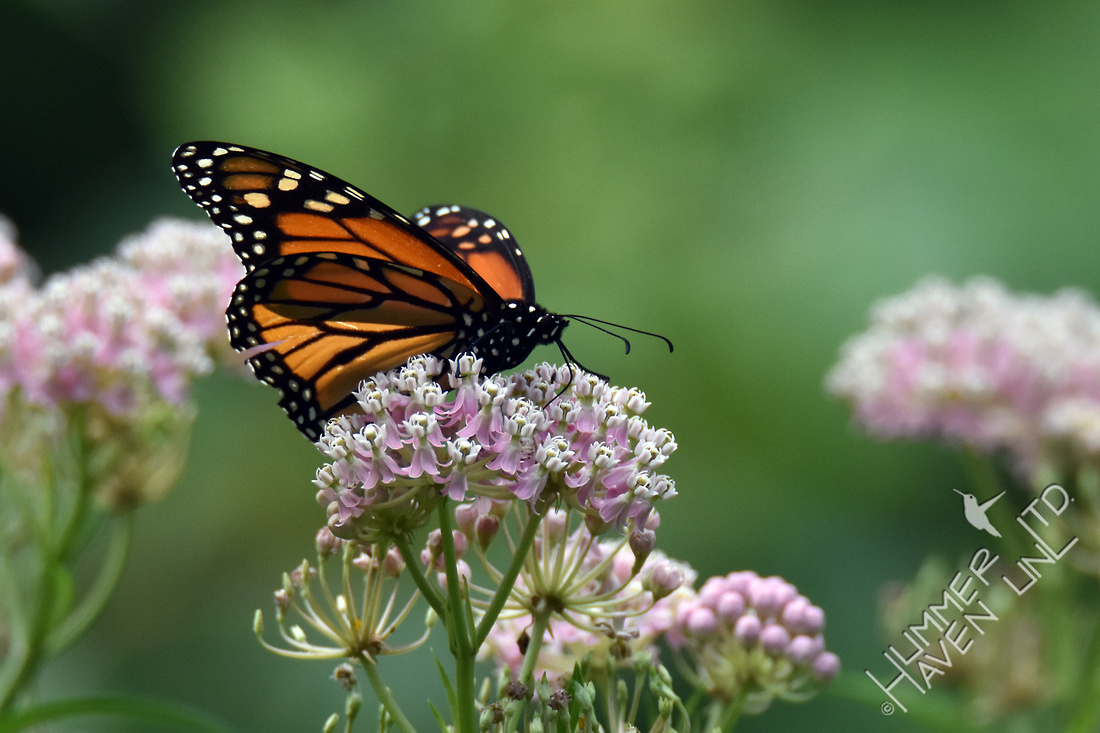 I've been seeing 1-4 Monarchs each day. The Monarchs have lots of competition at these plants, including this large Yellow or Northern Golden Bumblebee (Bombus fervidus). This is the first year I've realized that they were in the garden and they are a bit more aggressive than the smaller bumblebees. They will chase a Monarch off of a flower. They are also on the IUCN Redlist as Vulnerable (VU) due to loss of habitat. 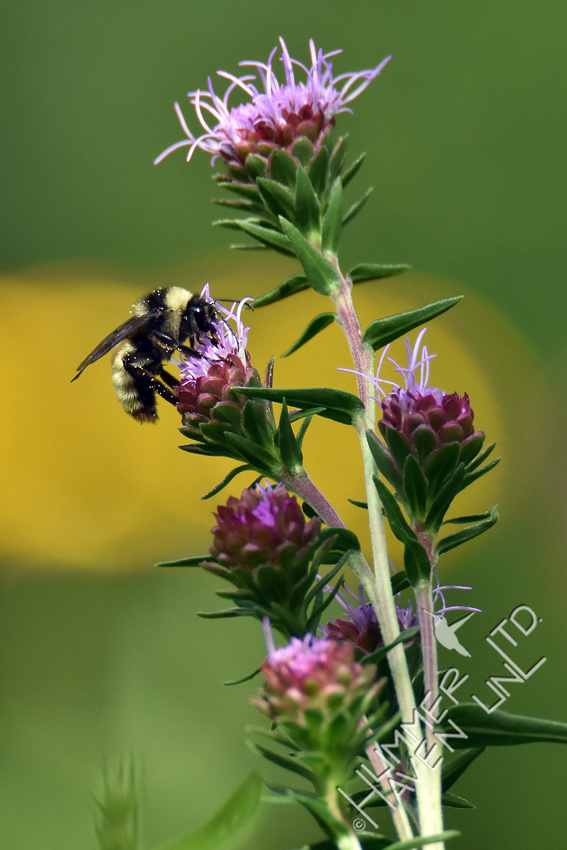 The Ruby-throated Hummingbirds have their preferred flowers, too. This juvenile was interested in the Rose Mallow (Hibiscus lasiocarpus). The bird was not approaching the open blooms. Instead, it was piercing the flower buds to get directly into the nectaries. 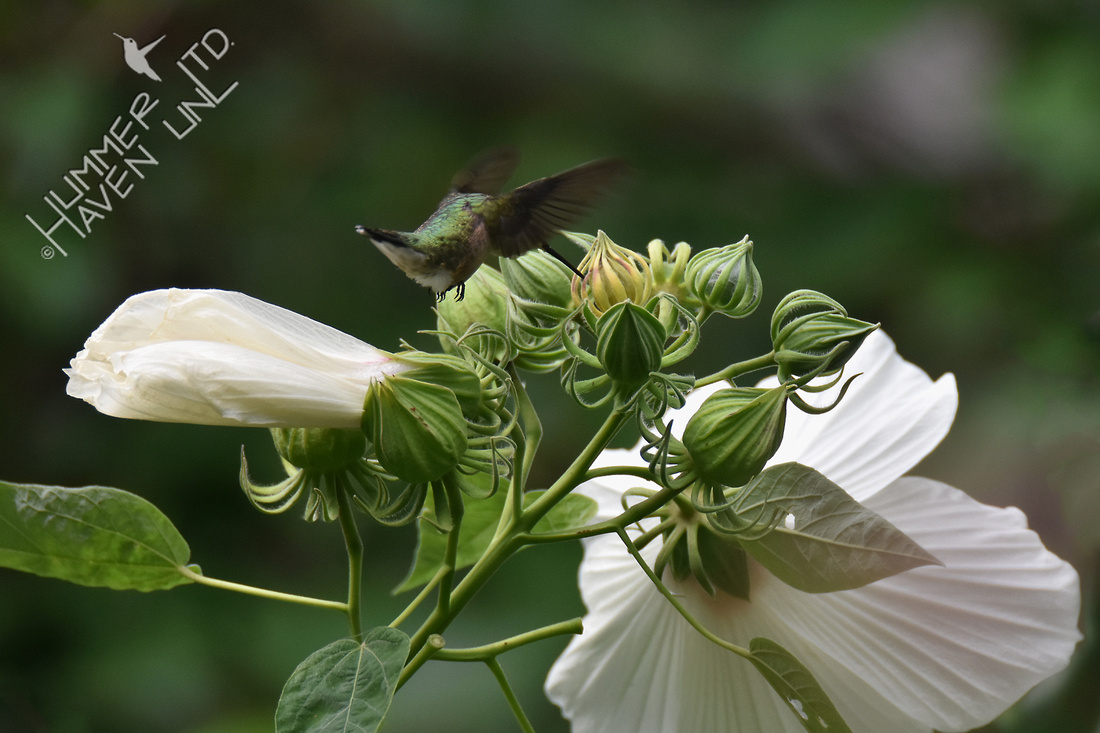 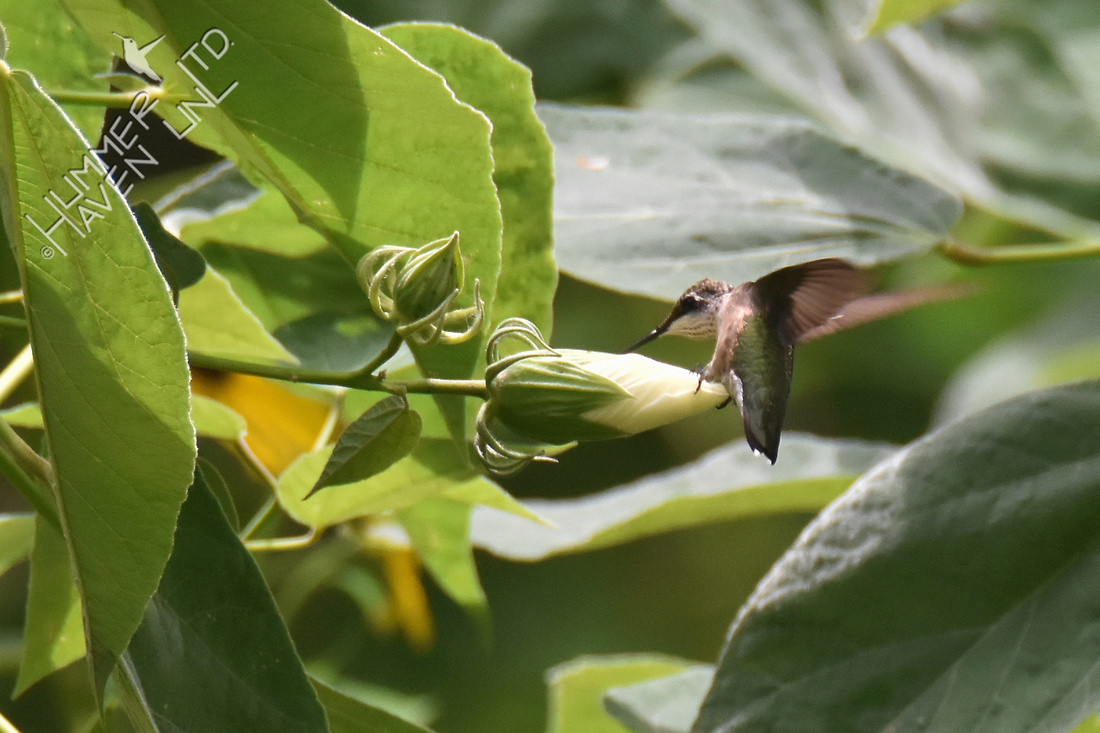 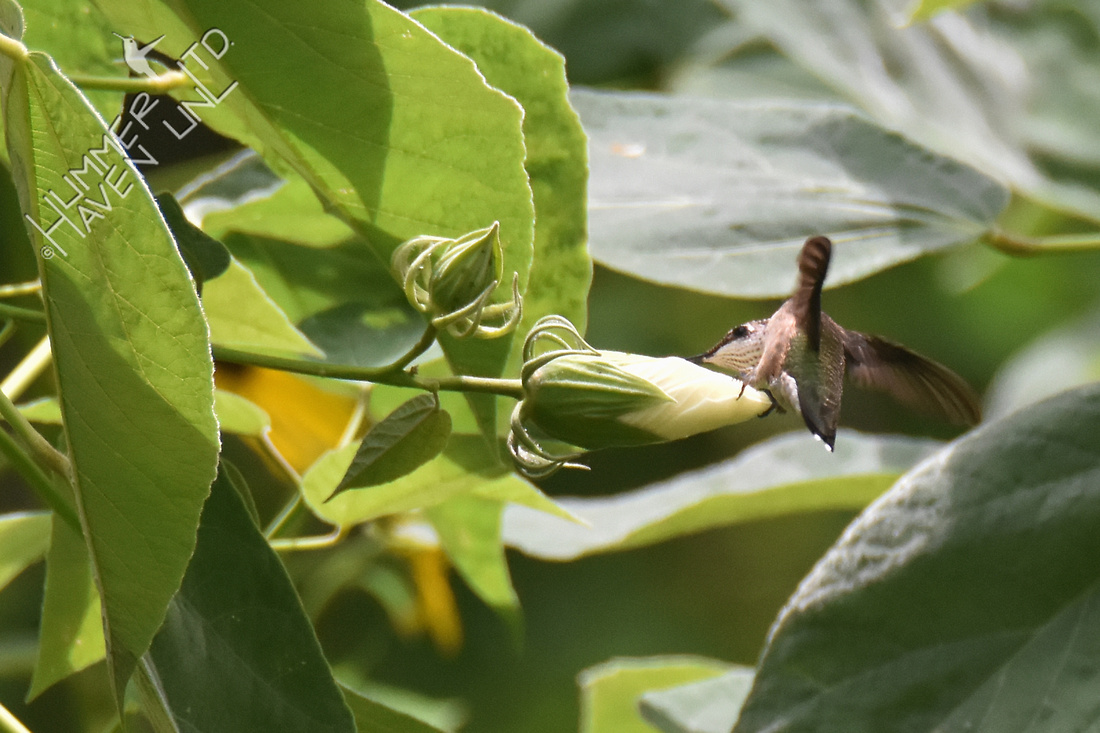 It was fascinating to watch. On Sunday morning, the temperatures were delightful. The cool front had arrived and it was 59.9 degrees. We were just finishing Dan's pancakes in the gazebo when I saw a male Canada Warbler working among the branches in the thicket. It was my first sighting of the species this year, making it bird #101 for 2016. A bit later this young American Redstart investigated the bubbler, fluttering about with its fanned out tail feathers. 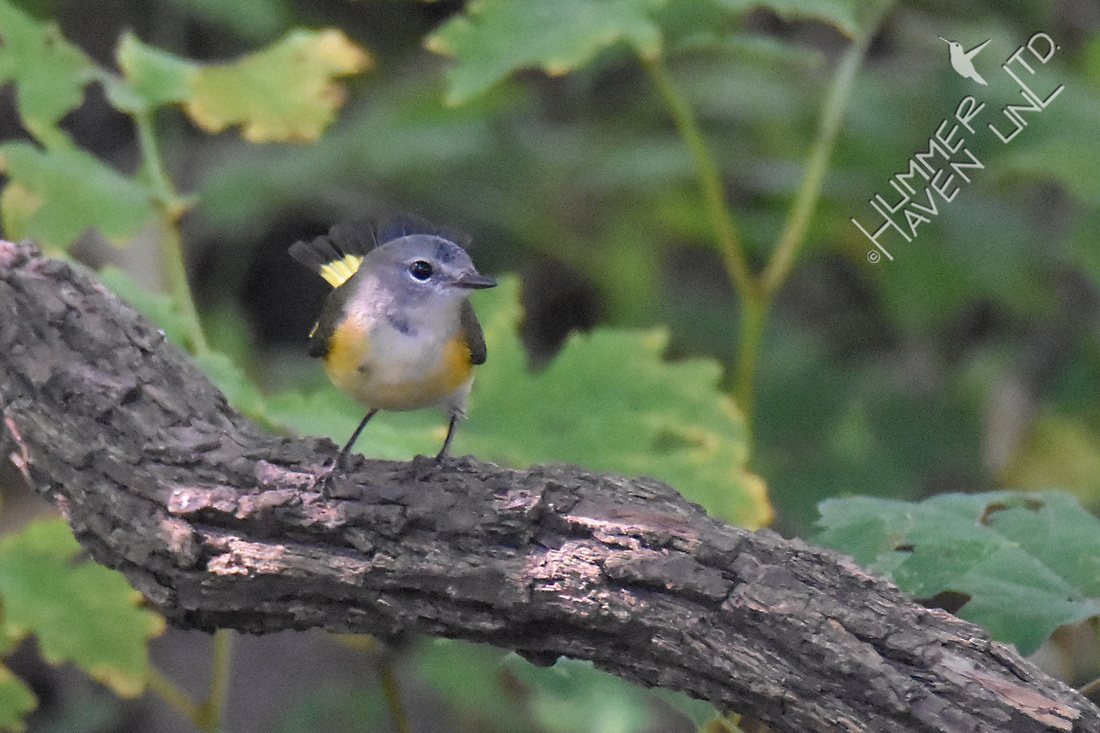 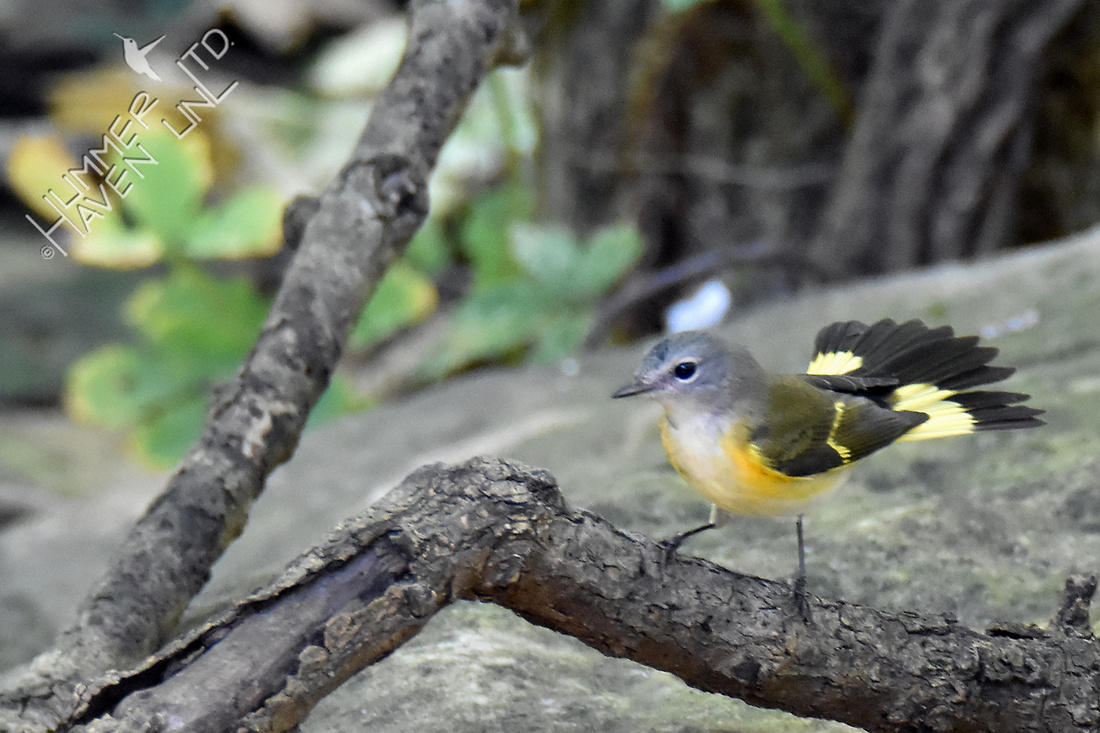 There were at least two female Canada Warblers in the mix. 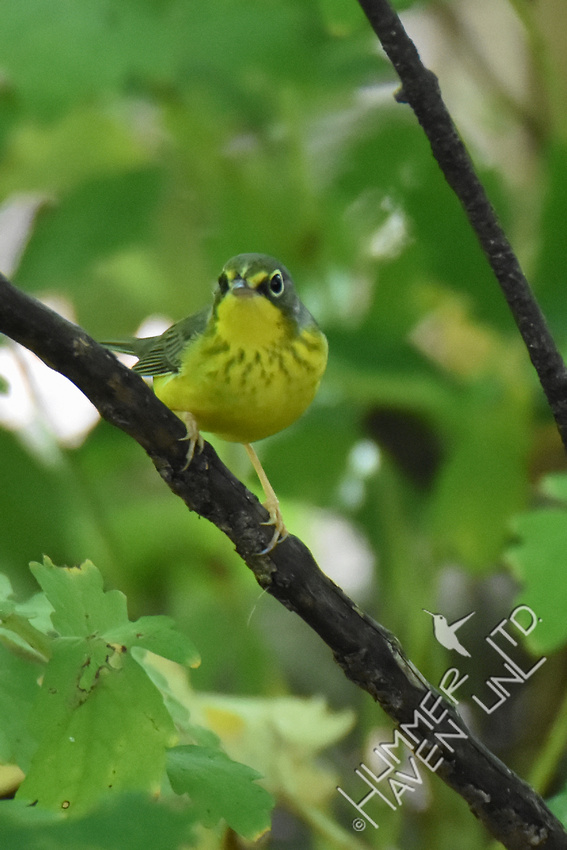 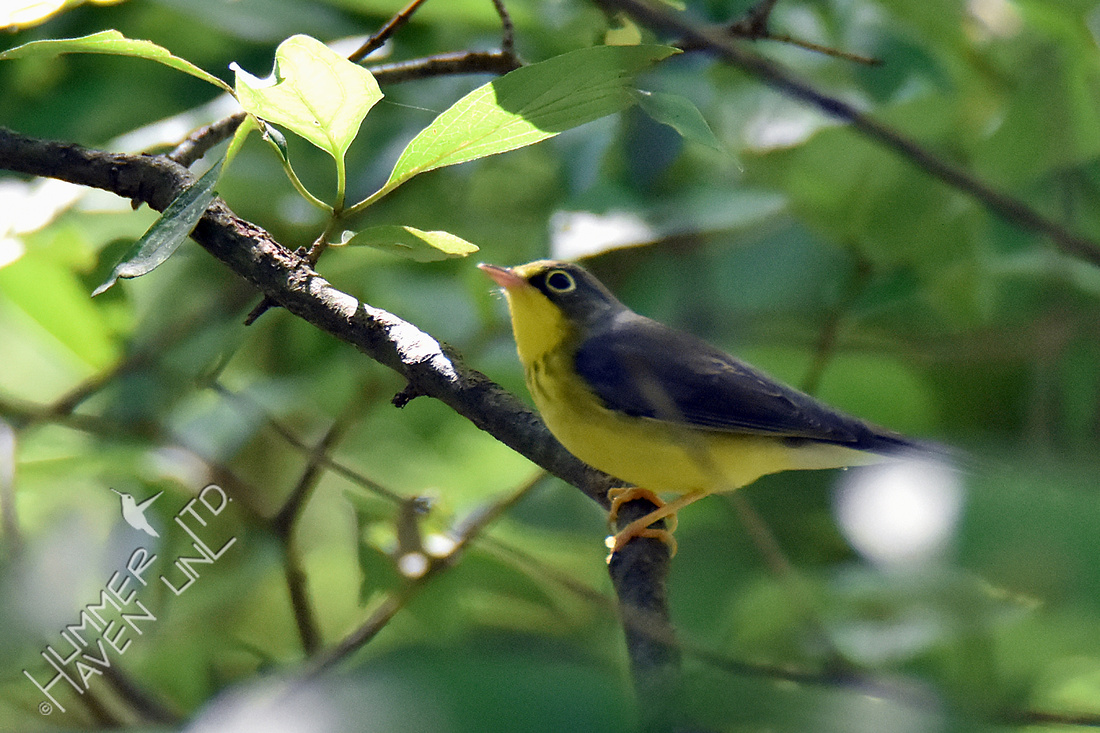 Later, I had finished in the kitchen, dried my hands and looked out to see the male Canada Warbler in the bubbler. I missed getting a good photo, but the Bubbler Cam showed that the bird had been in for almost 3 minutes. I was glad to know the bird had been comfortable getting in there.

The Carolina Wrens apparently have another brood of nestlings that they are feeding. One of the adults assured them with little sounds as it popped up and down on the top of the sculpture in the garden. Now, the heat has returned but fall isn't too far away. It's hard to believe that we've lost an hour and a half of daylight hours since the Summer Solstice! 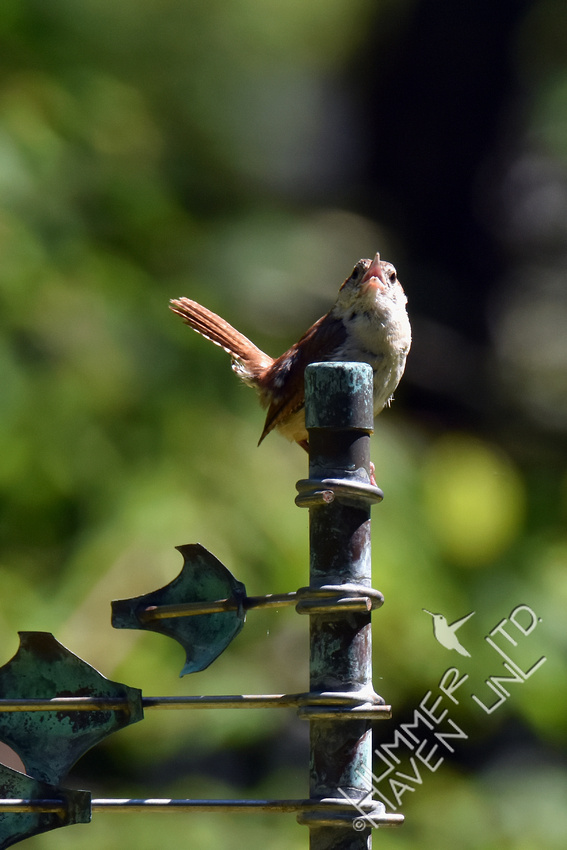 Carolina Wren on sculpture in the garden 8-22-16