It is prime season for birdwatching and the more I observe birds here in our small sanctuary, the more amazing things I learn from them.  There is a story behind every photo and I will share one special tale from my week.  Some of the new migrants came to the bubbler, some popped in but not long enough to photograph...yet.

A Northern Waterthrush was singing and feeding in the swampy thicket on Wednesday, 4/20/16.  The bird came up near the bubbler to check it out. 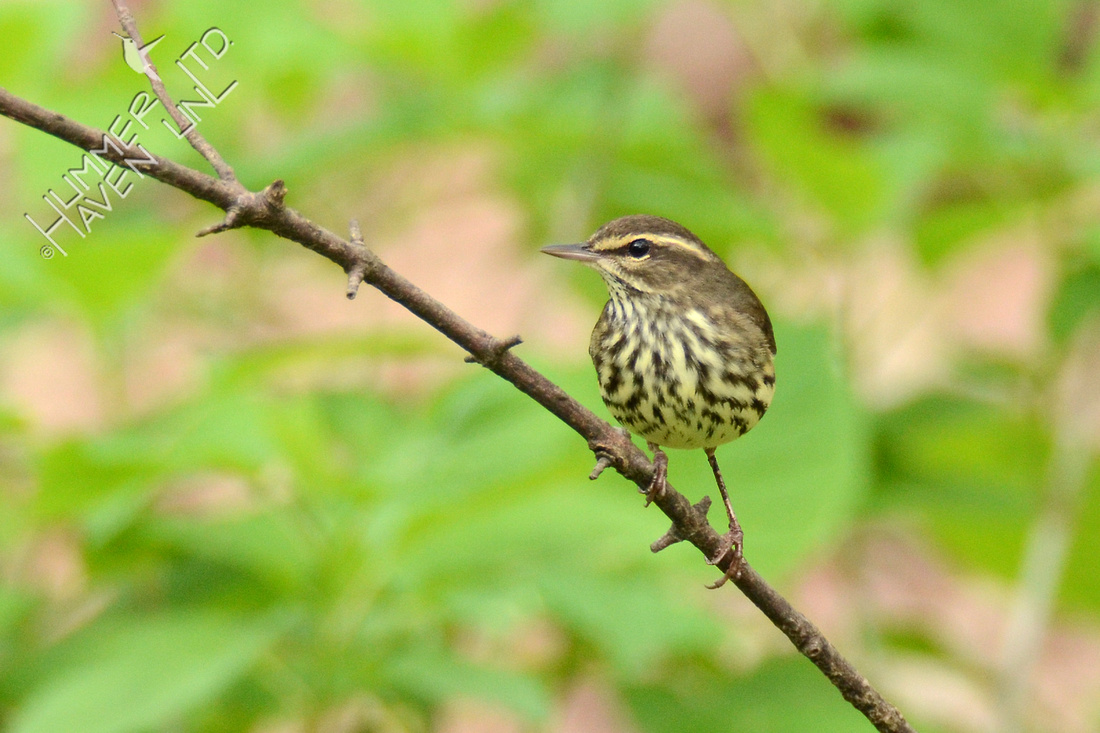 On Sunday, I had six new birds for the year and this Rose-breasted Grosbeak came down to bathe. 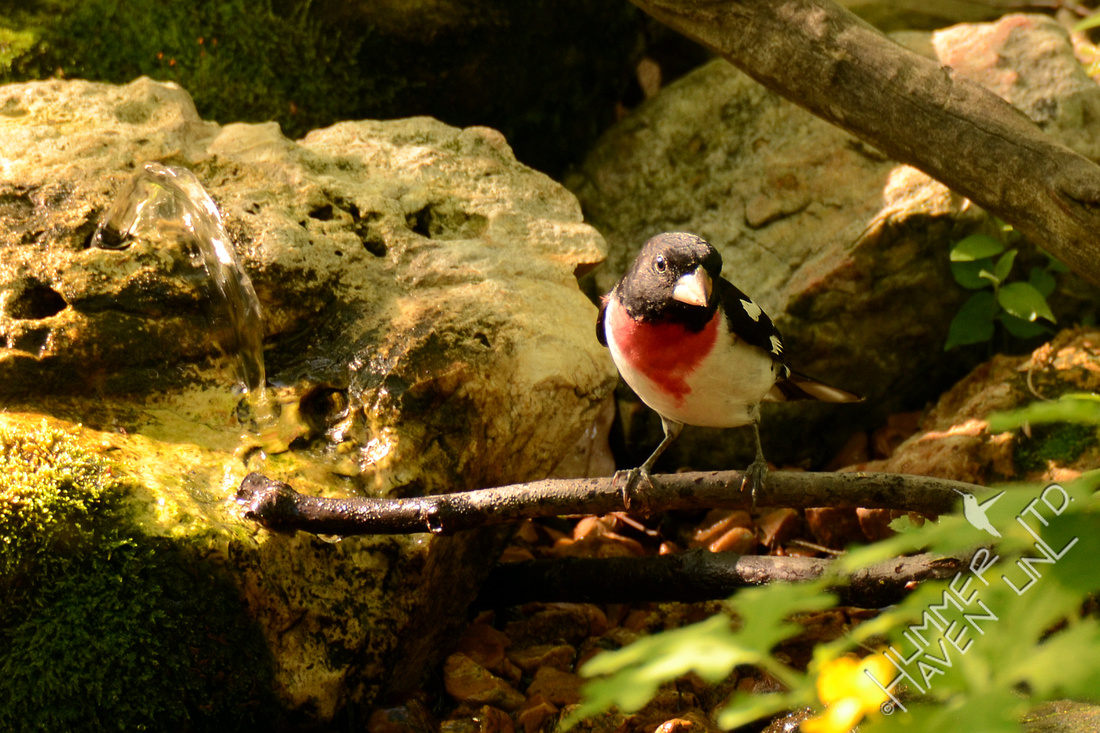 A Blue-headed Vireo showed up in the afternoon to splash-bathe from this perch. 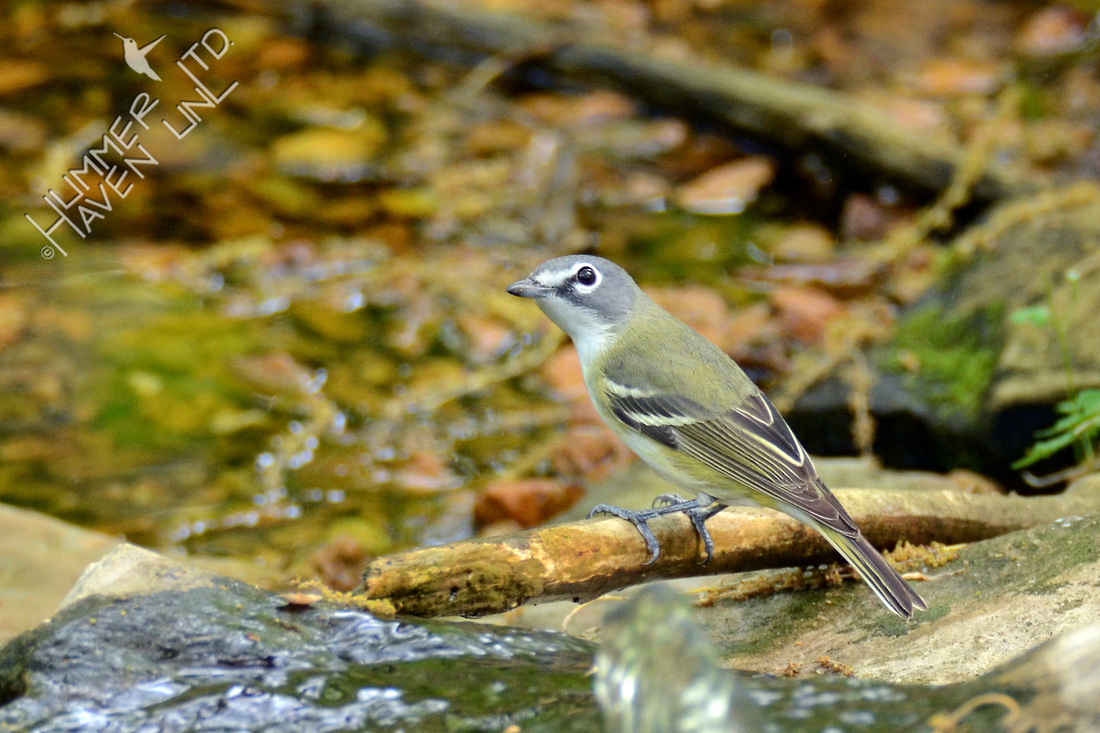 A Tennessee Warbler got into the basin with two females, a House Finch and Northern Cardinal.  The House Finch pecked at it a couple times as if to let the warbler know who was ahead of it in line. 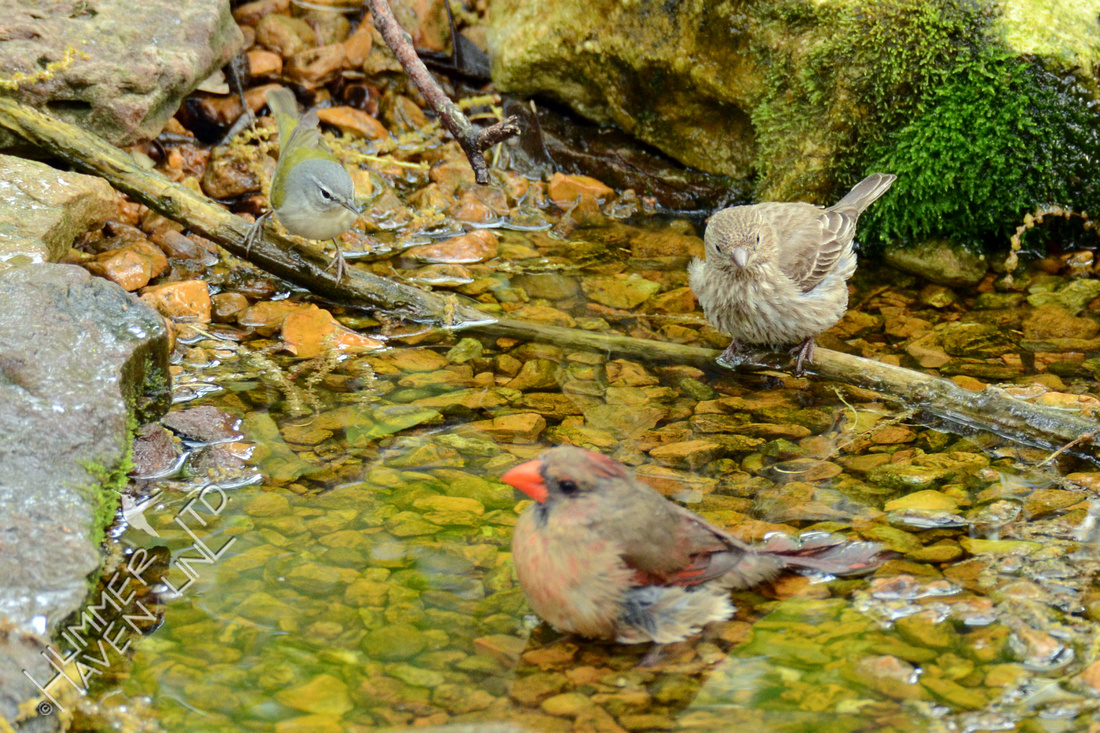 On Monday, quite the opposite kind of tale began when the little lame White-throated Sparrow came in to bathe.  We've talked about this bird.  It has a bum leg but I've seen it finding food, flying into the Christmas tree brush pile for cover and coming often to the bubbler to drink or bathe.  The bird is doing okay. 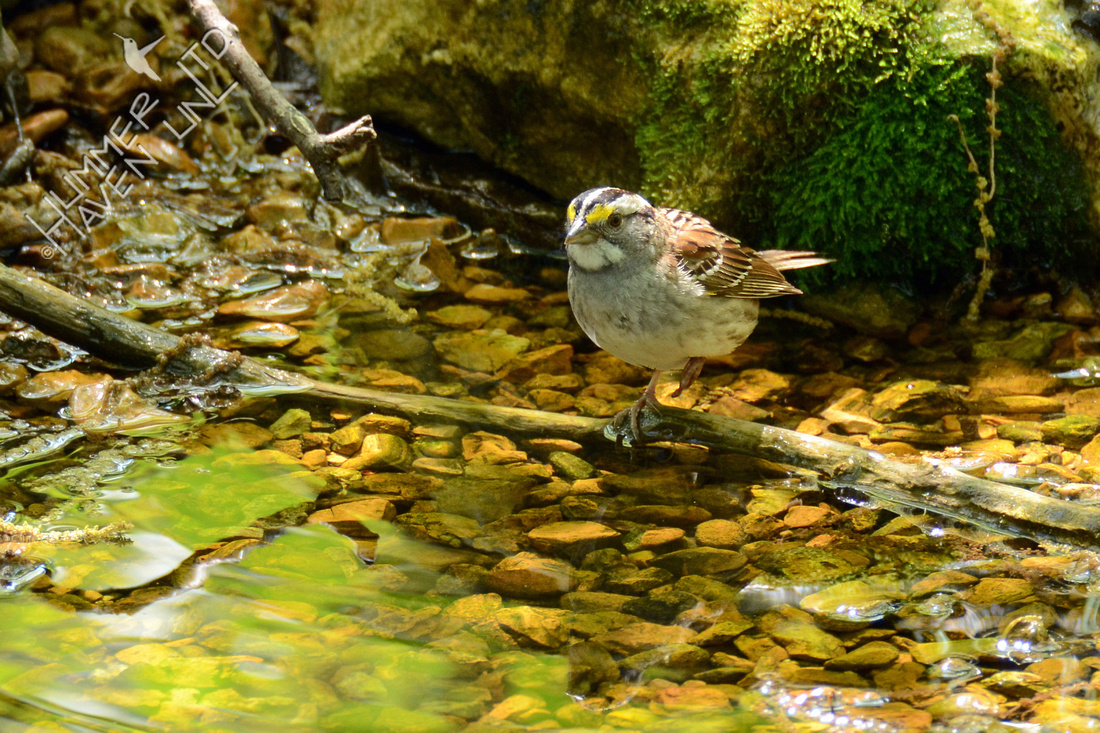 A little Nashville Warbler came down and entered at the edge, right near the sparrow. 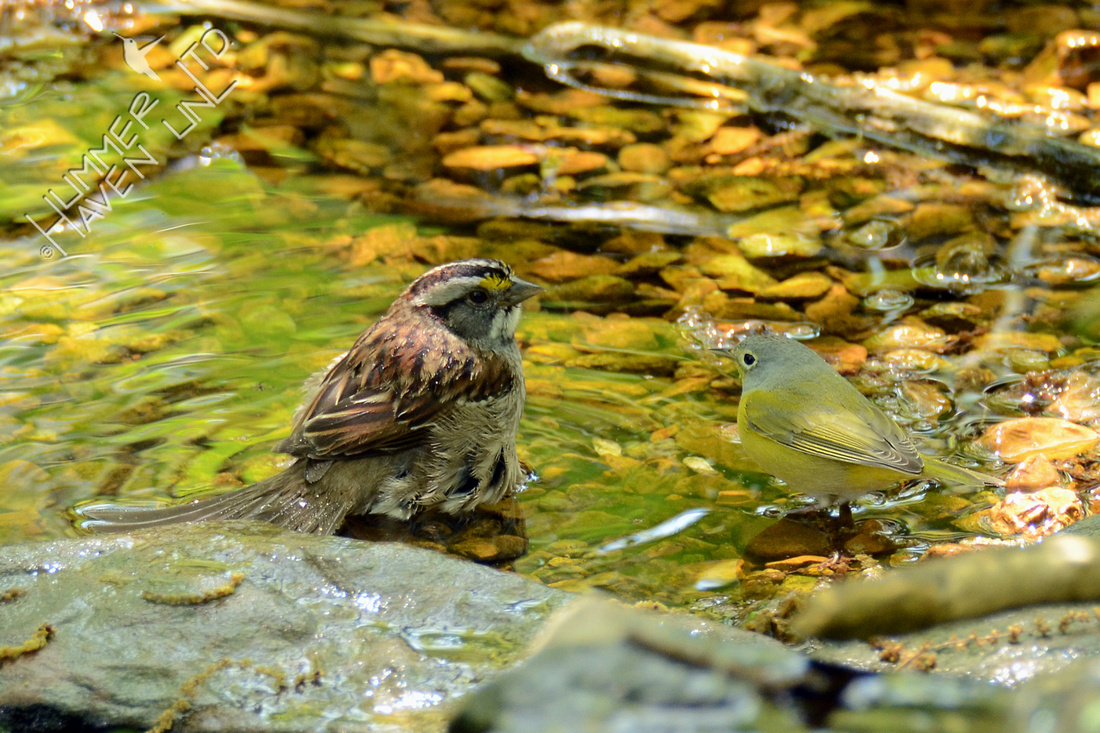 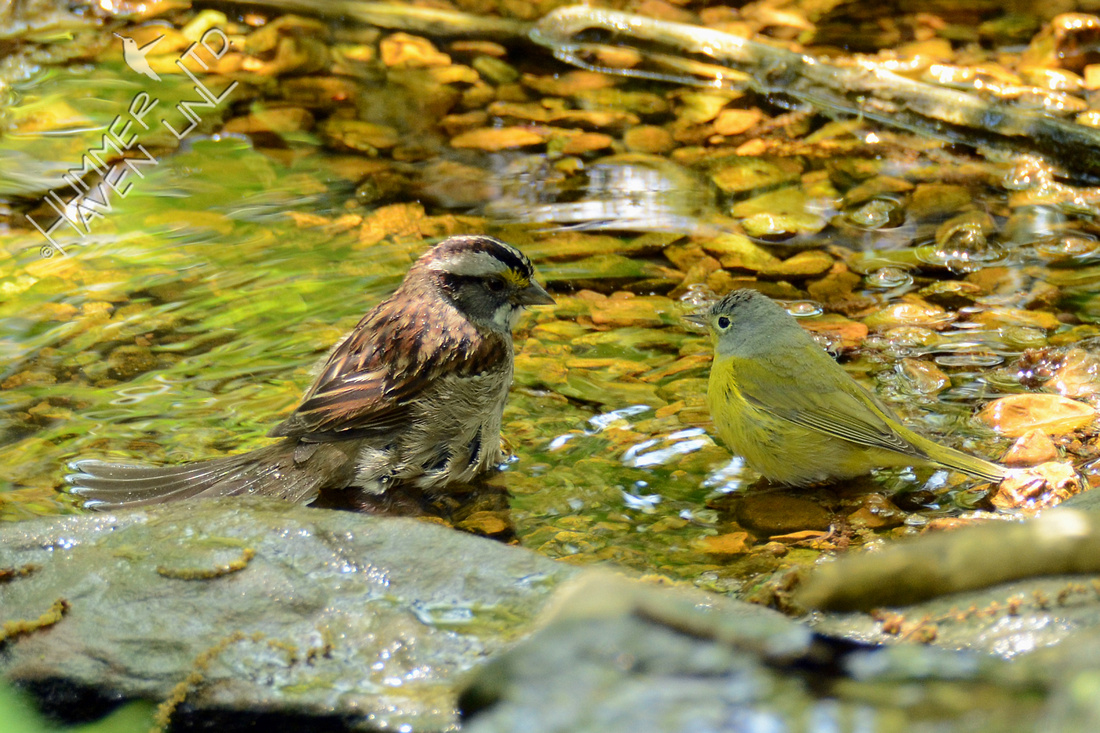 What?  The warbler seemed to ask the sparrow if it would maybe move over, just a bit.  The sparrow rose up on its good right leg and took a hop to the left, giving the warbler enough room to bathe next to the sparrow.  The warbler sang a little thank you. 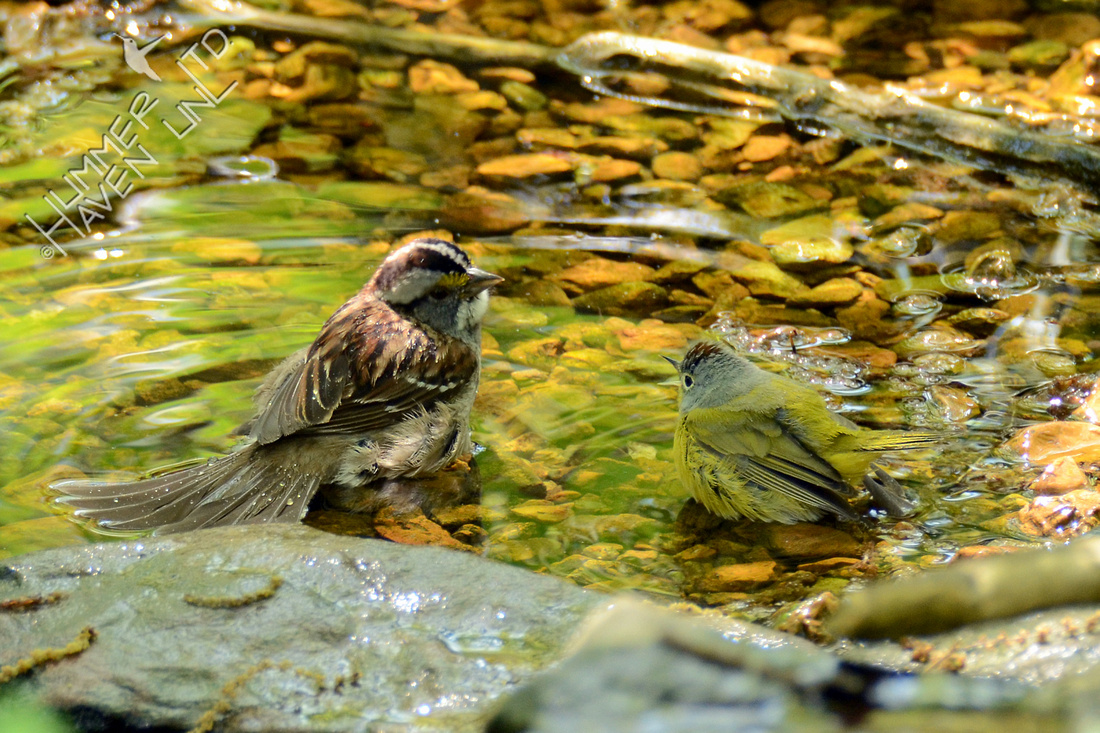 They had a rousing good time together! 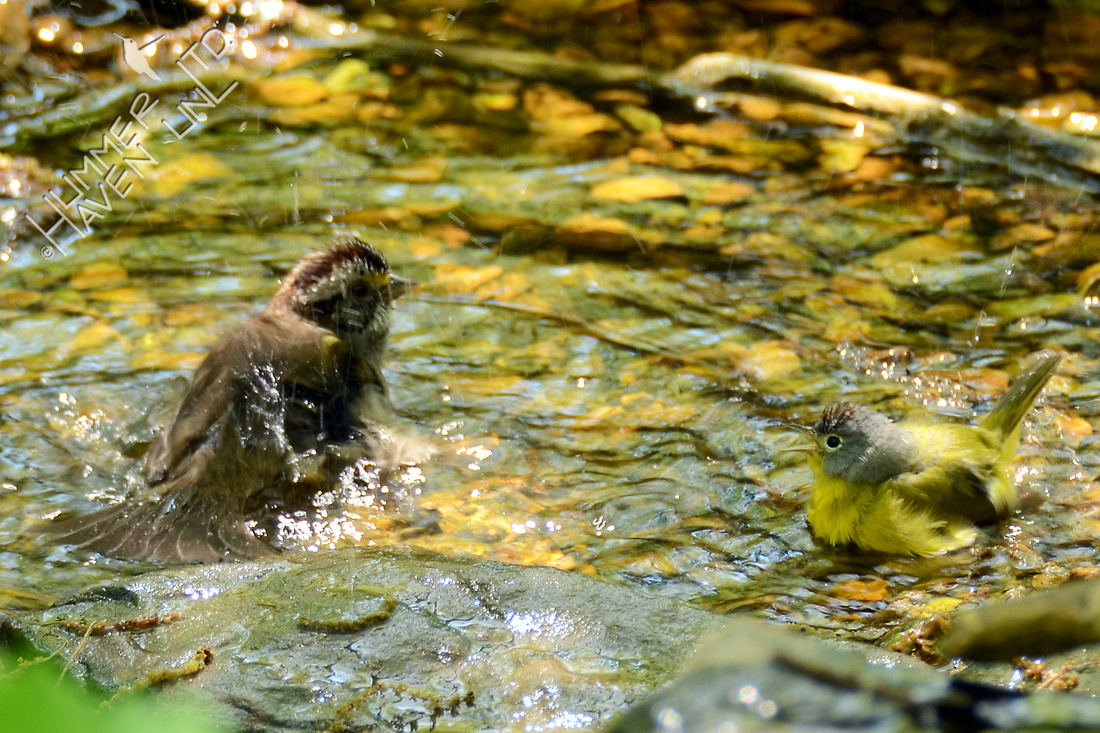 And the warbler continued his song of thanks.  I was quite touched by this interaction between them and the little gift of space from the sparrow.

A Black and White Warbler showed up today.  His 'squeaky wheel' song is one that I recognized right away, though the warbler fed for quite a while before coming to the bubbler. 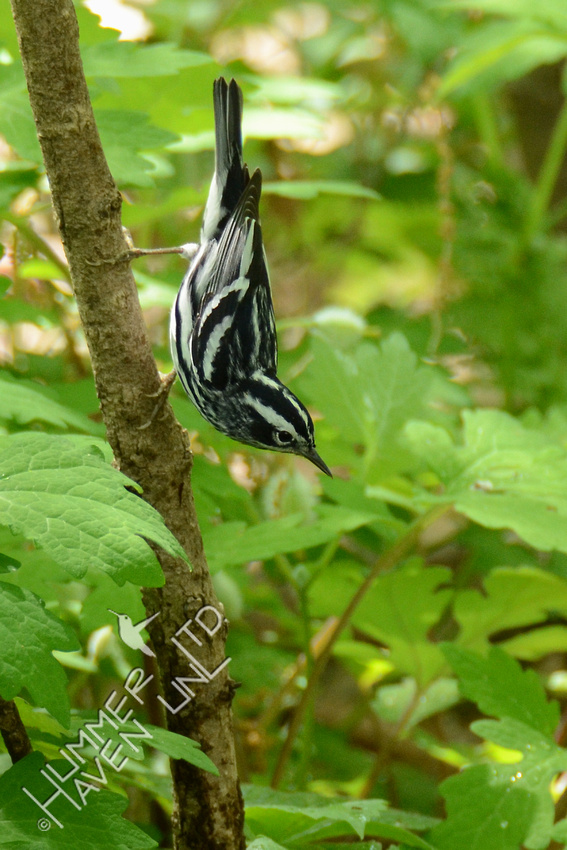 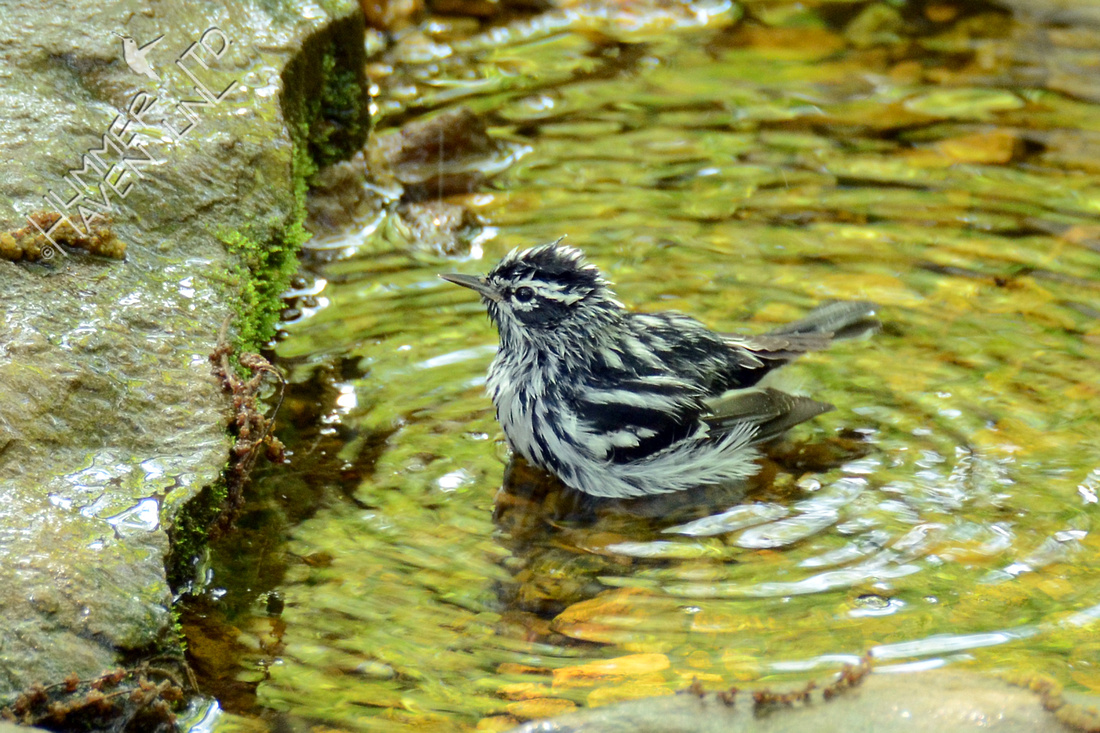 It was soon time to pack up and come in before the thunderstorm arrived.

Barb(non-registered)
I love that you share so happily with us:)
Thank you!!!
If only humans were so generous with their space to share with those who are different;)
Hummer Haven UnLtd.
Thank you, Judy! It's been a labor of love, and we've both put in the effort required to restore and maintain our habitat. We reap the rewards every single day and hope that what we share will inspire others!