When we left on the tenth to visit family for a week it was 13 degrees. We returned to rising temperatures and today it was 78 degrees for a new record high.  What a difference!  Of course, it won't last.  But, spring does seem to be in sight on warm days like today.  I went out early and saw a large flock of Snow Geese. They were calling and flying north with their black-tipped white wings bright against the blue sky.  A short time later I went back out with my camera.  My neighbor stopped by and we spent ten minutes catching up.  As she left, I saw a Red-shouldered Hawk and then turned to see a bright blue bird swoop down from the maple tree to land in the leaves in the garden.  Ah, an Eastern Bluebird!  I quickly went around the house to change to the tripod, hoping the bird would stay a while.  I positioned myself in the gazebo and watched for it.

The bluebird foraged in the leaf litter and would return to different branches, waiting to spy movement. 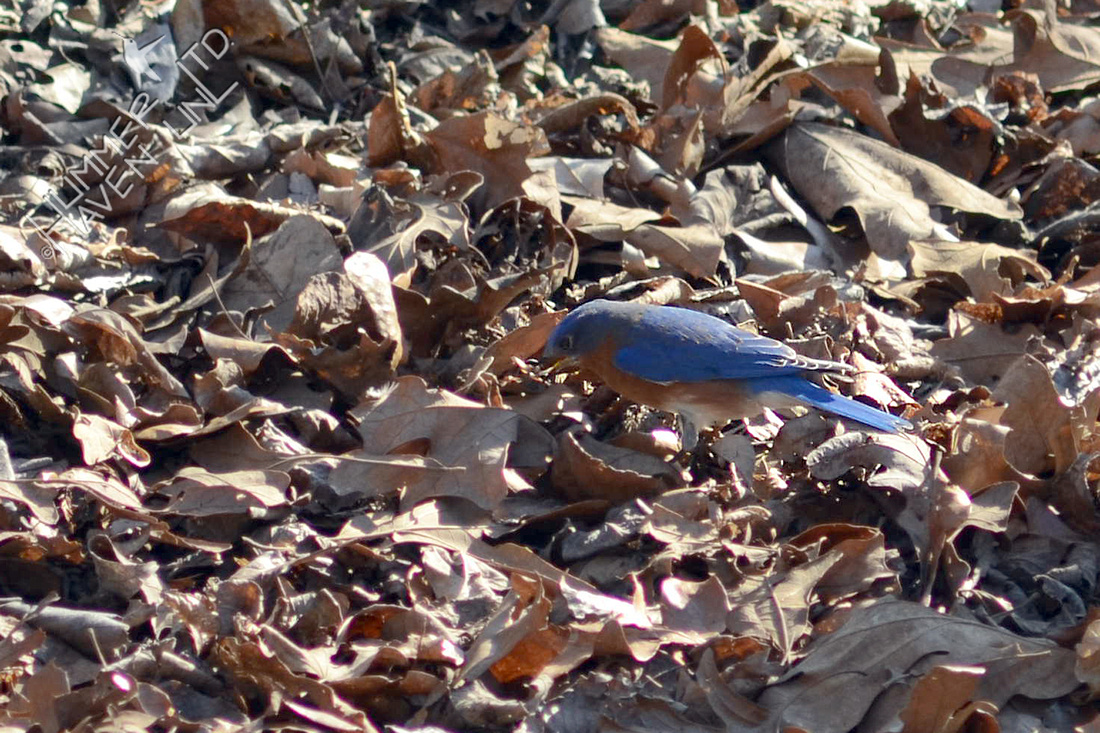 It's a thrush, a cousin to the American Robin. Here it is in a young hackberry. 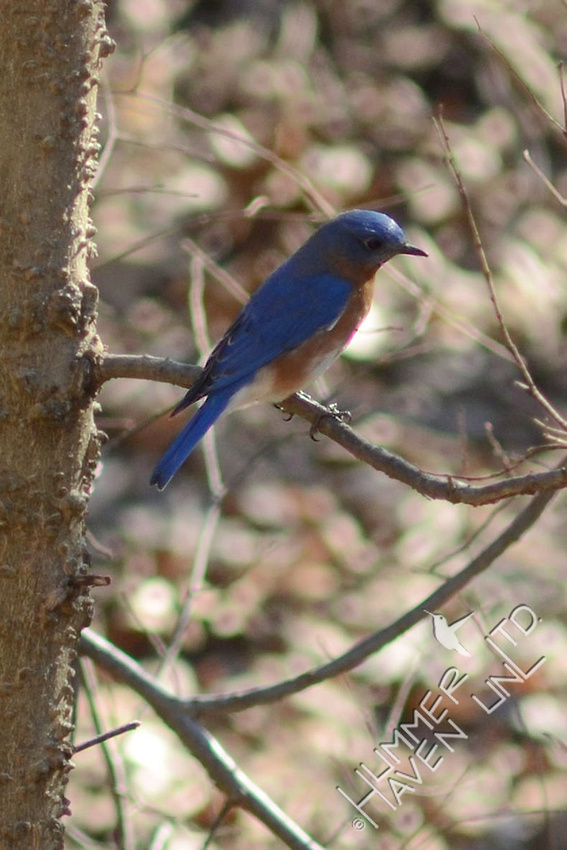 It perched in a small redbud, closer to the ground. 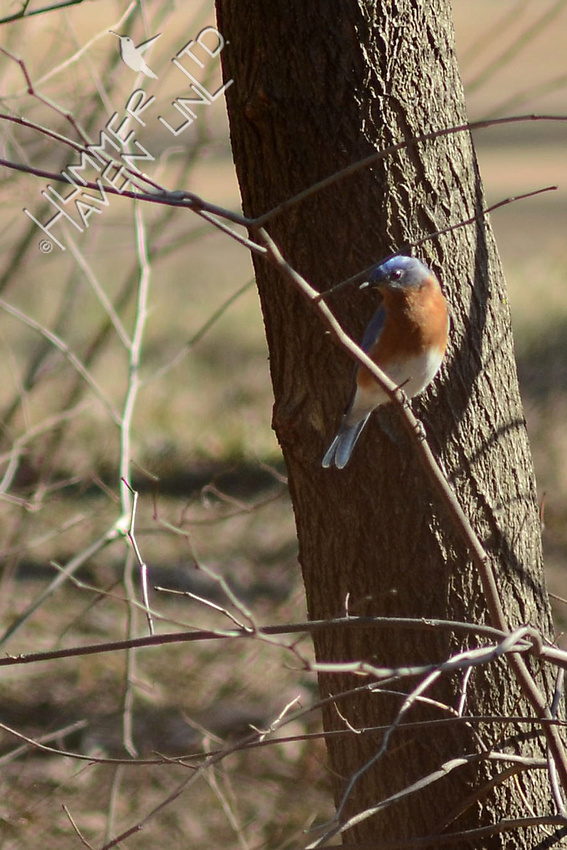 The bluebird covered quite a bit of area, working the east and north perimeters of the yard.  It also took a break to splash in a puddle in the swamp.  It would sometimes pick a spot that another bird claimed. A Red-bellied Woodpecker chased it from this branch. 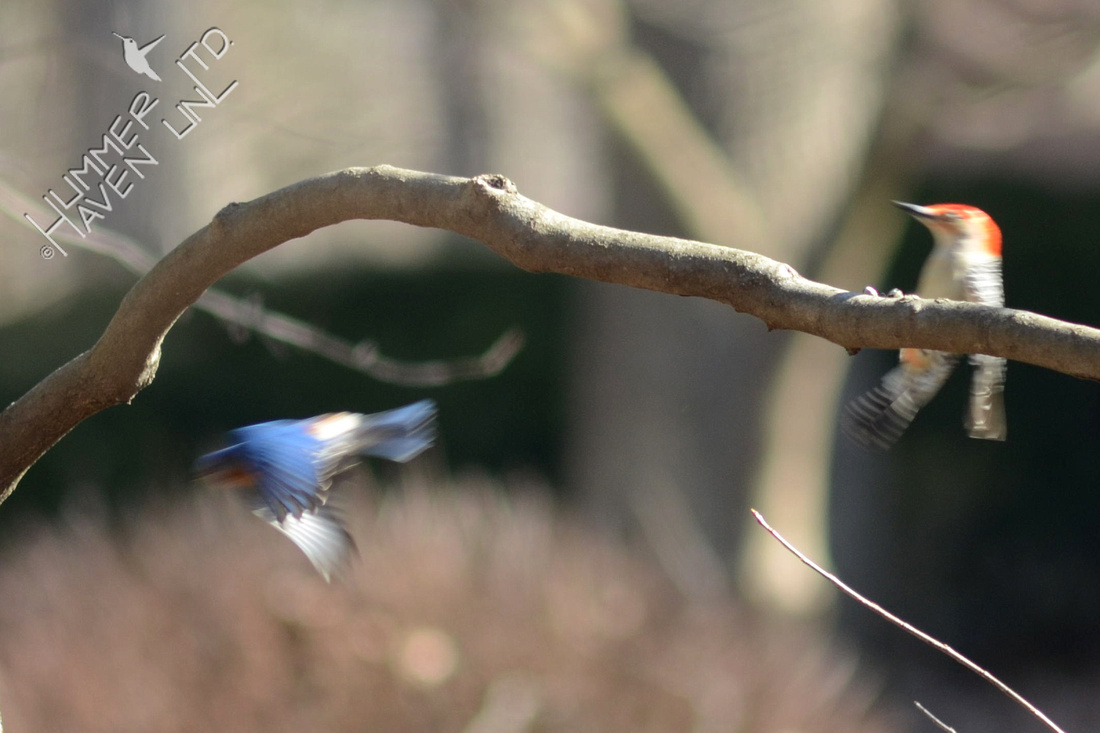 It flew across the street and out of sight for a while.  An American Goldfinch checked out the Beebalm (Monarda fistulosa) in the garden. 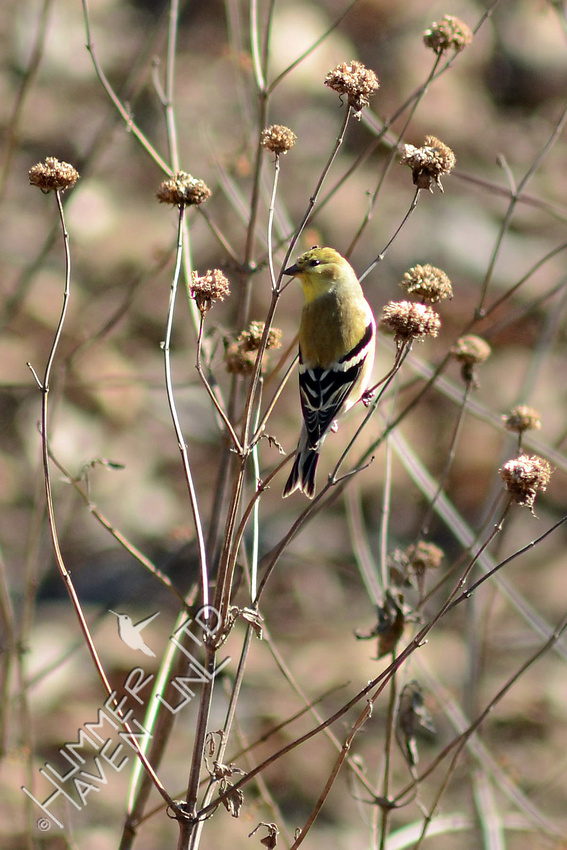 It was a beautiful male.  We've only had them here probably five times in twenty years!  Though we have many of the plants and insects that would support them and we don't use any pesticides that would poison them, we actually don't have enough habitat.  According to the definitive bluebird website, each bluebird couple needs about a 12 acre territory.  So, this bird may be a one-day wonder, scoping out possible nesting sites. 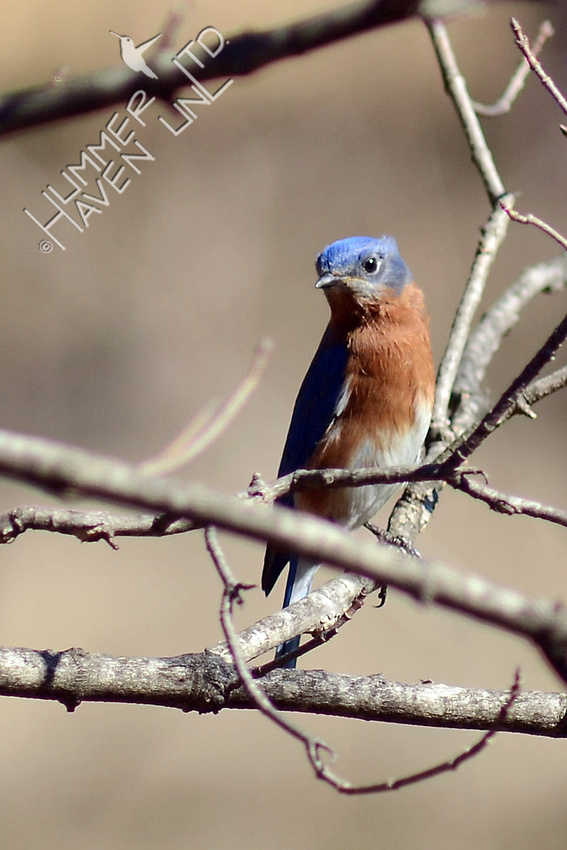 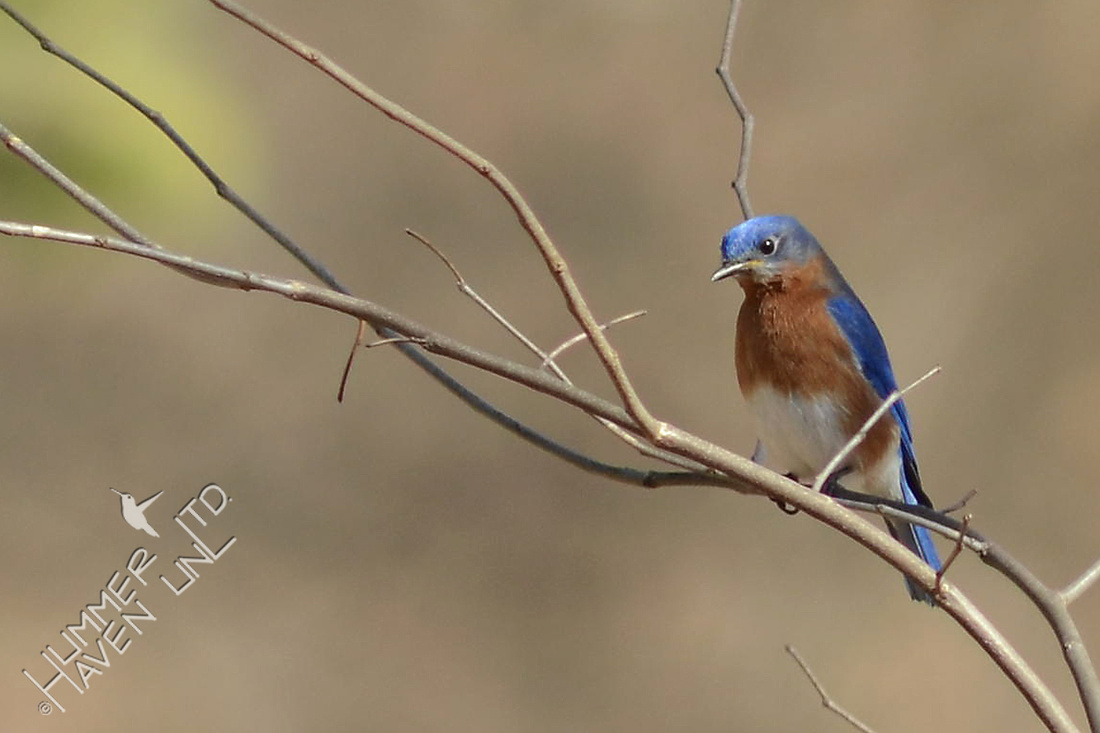 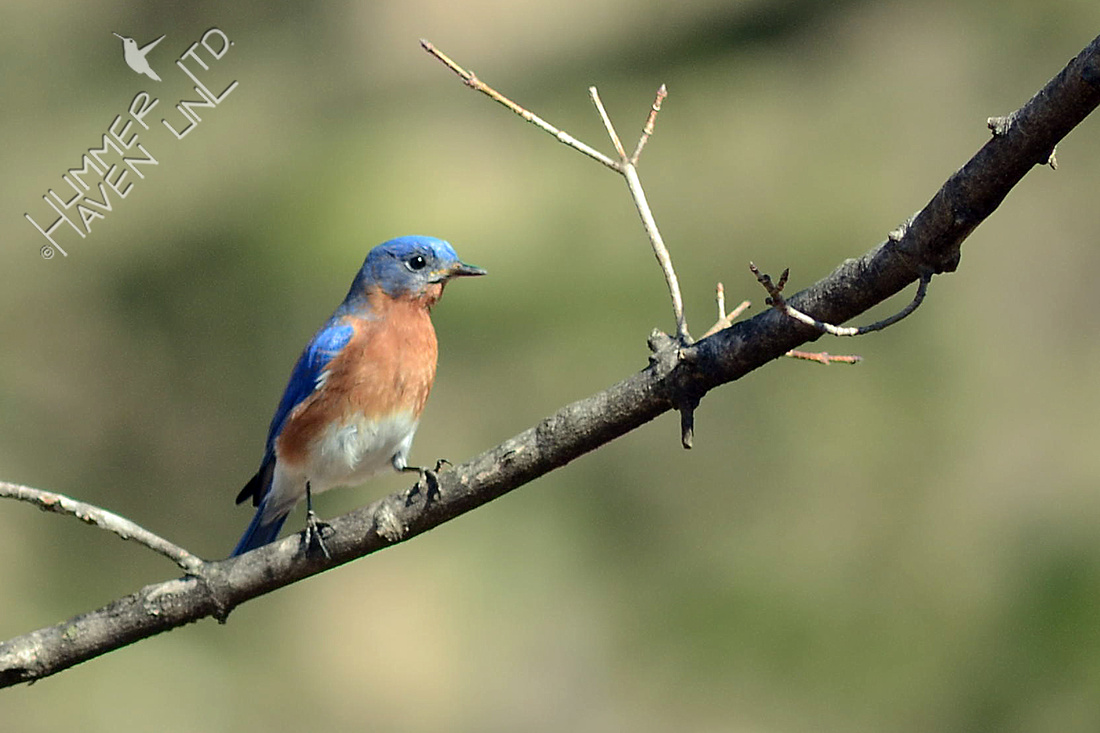 This visit of our beautiful state bird certainly made my day!