The blackbird flock continues to change up and come in on different days. They didn't show on 1/25 and the next day, the flock swelled again to large numbers.  I managed a few shots before they spooked, lifted and flew. The Brown-headed Cowbird, uncommon in winter, is on the lower right in this photo. 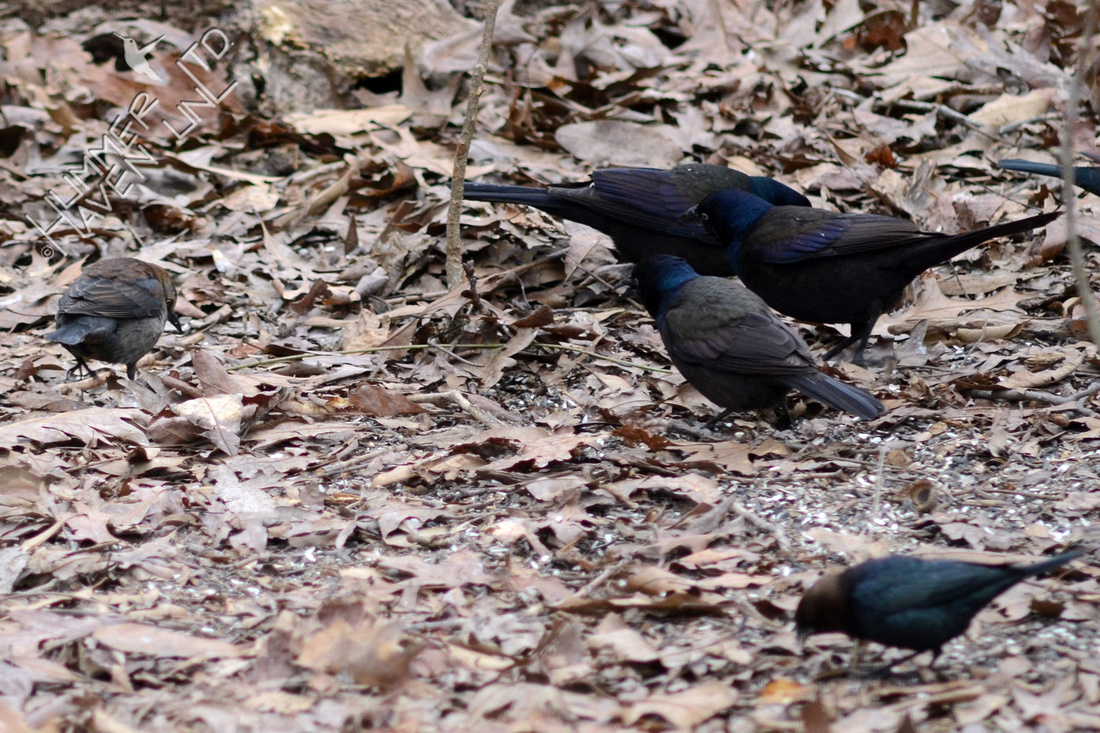 The three Red-winged Blackbirds are in the center with the Rusty on the upper right. 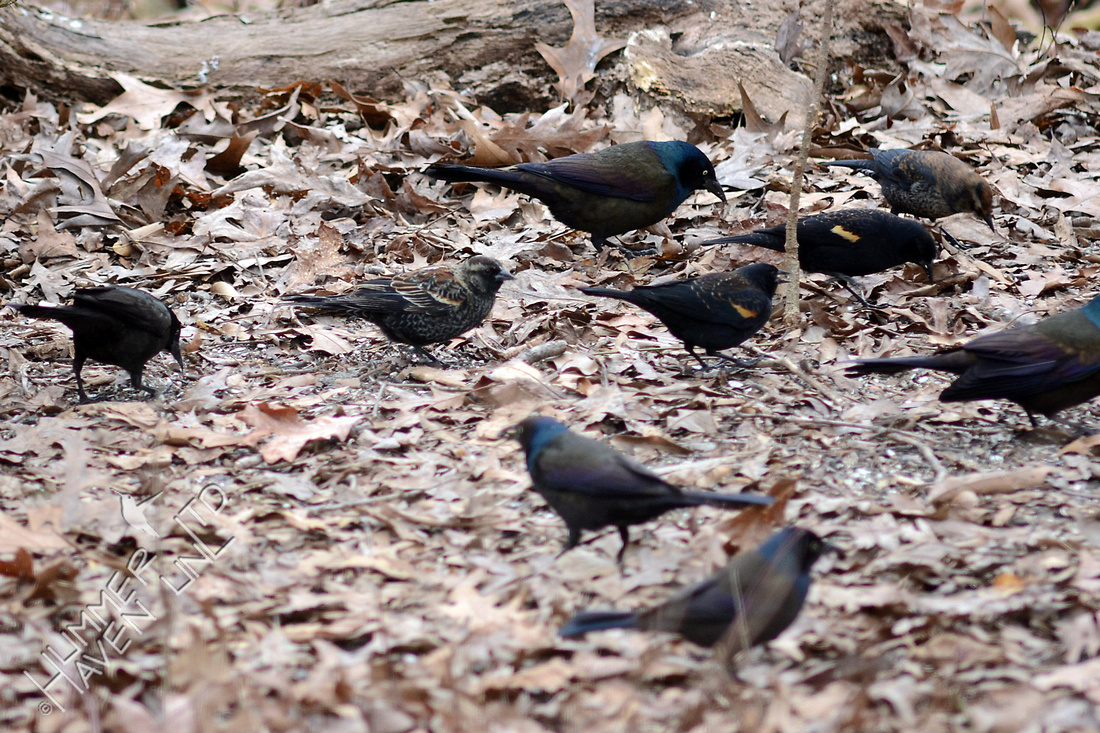 The next day, it started with 15 Rusties in the swamp. I decided to try my luck at going outside staying below the deck to try for some photos. Again, I just got a few before everybody spooked. Here is a female Rusty Blackbird near a 'knee' of the pond cypress. 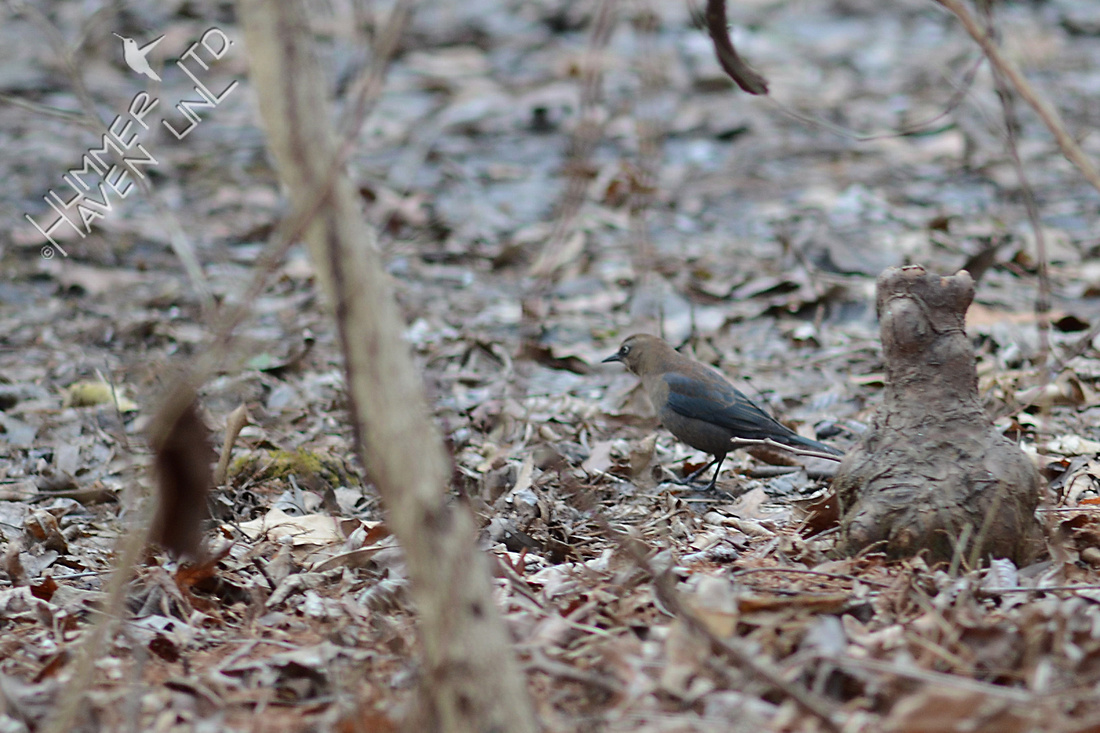 Rusty Blackbird in the swampy thicket 1/27/16

The Red-winged Blackbirds came to the Bubbler rock. 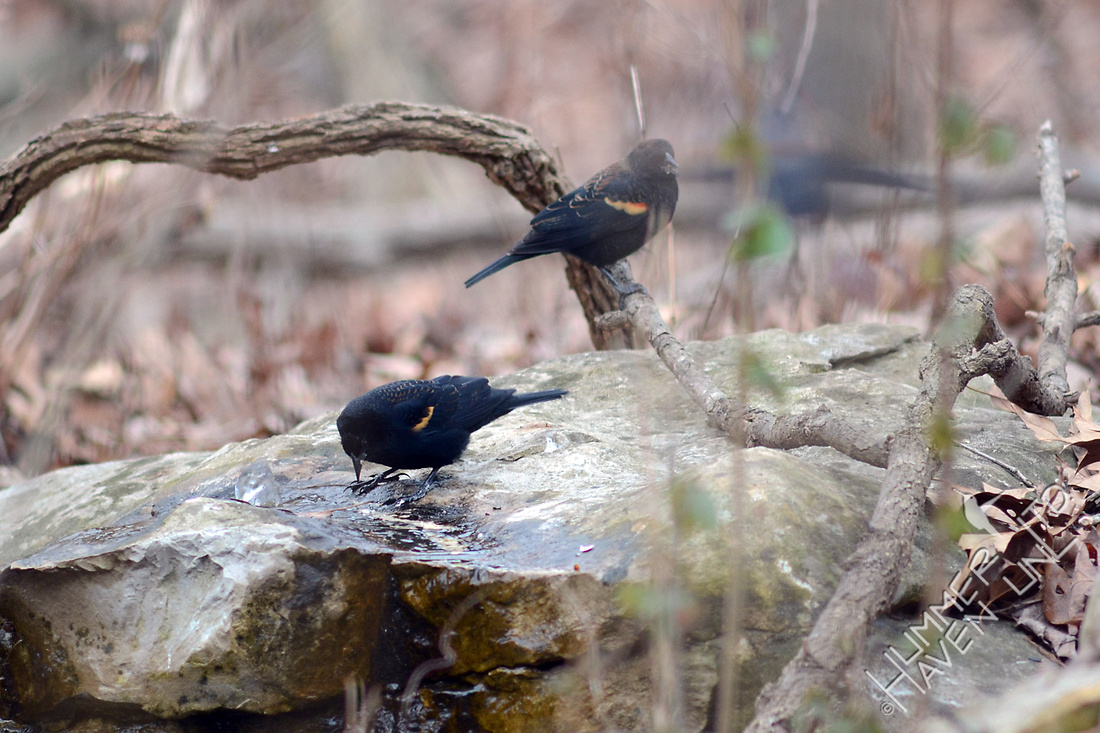 Red-winged Blackbirds at the Bubbler 1/27/16

Once they all flew, I decided to just come back inside and hope the Bubbler Cam had gotten some of the activity I had seen but could not capture. I do love watching these Rusties. They march about in a somewhat organized fashion, almost like a search team, probing under the leaf litter and hoping for insect tidbits. I've rarely seen them bathe. They prefer to poke around in the shallow basin. Here is the 2 minute video from the Bubbler Cam.

A couple male Red-winged Blackbirds also came to the feeder near the deck. This looks to be a worn adult male. 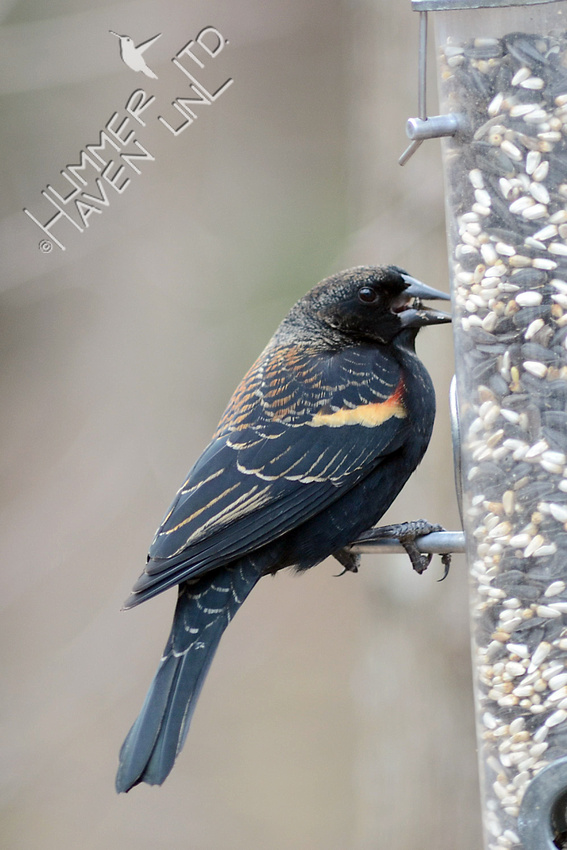 This one is a young male, who will molt soon into his first spring plumage. 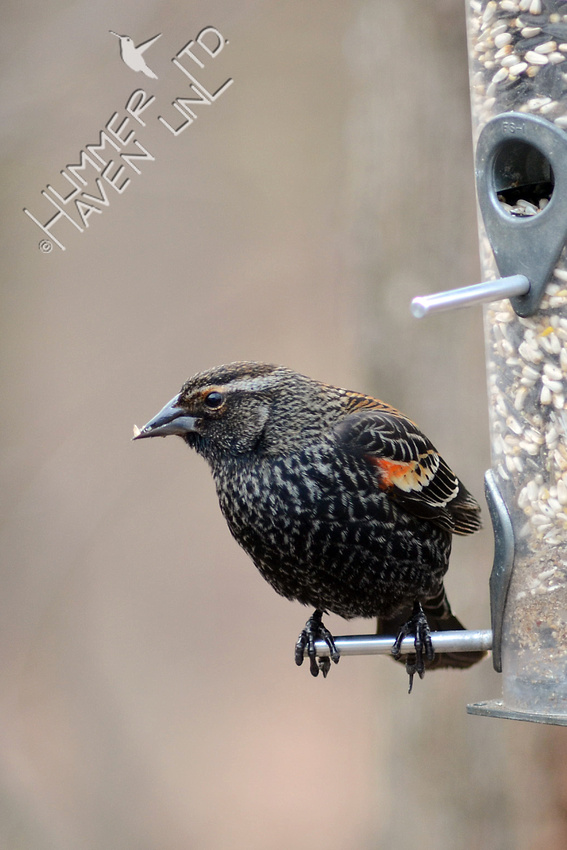 I haven't seen the female Purple Finch in a couple days, but she came onto the deck on 1/25. 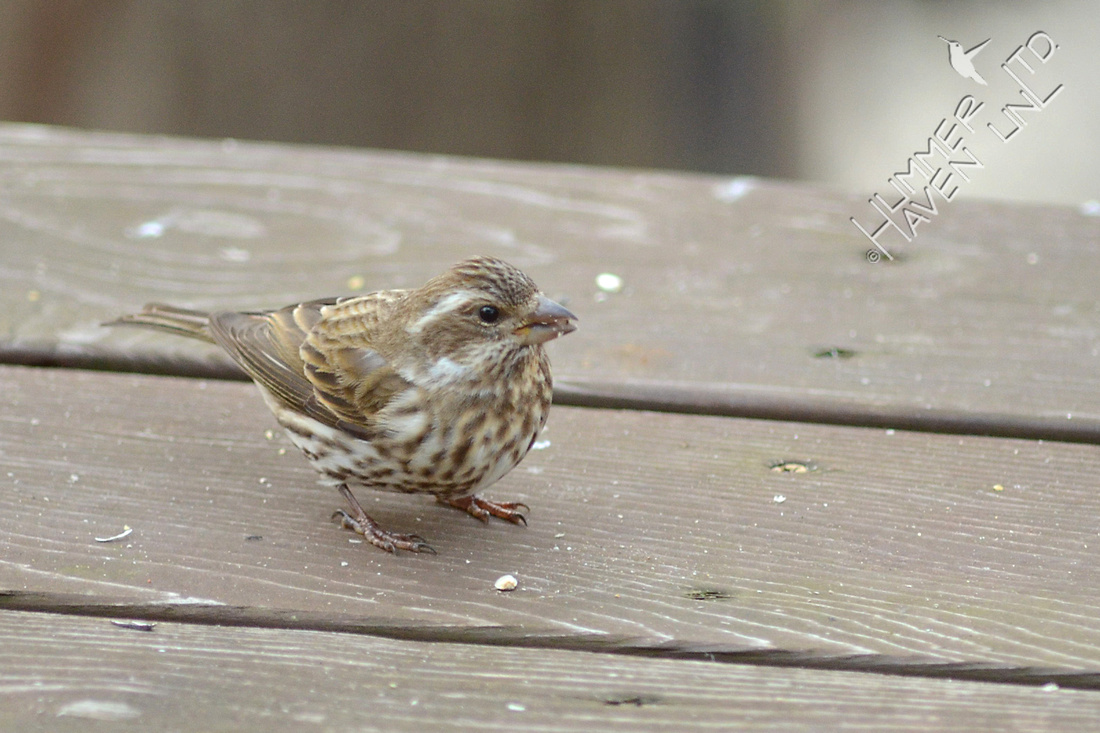 One Pine Siskin has been pretty regular through the week, too. 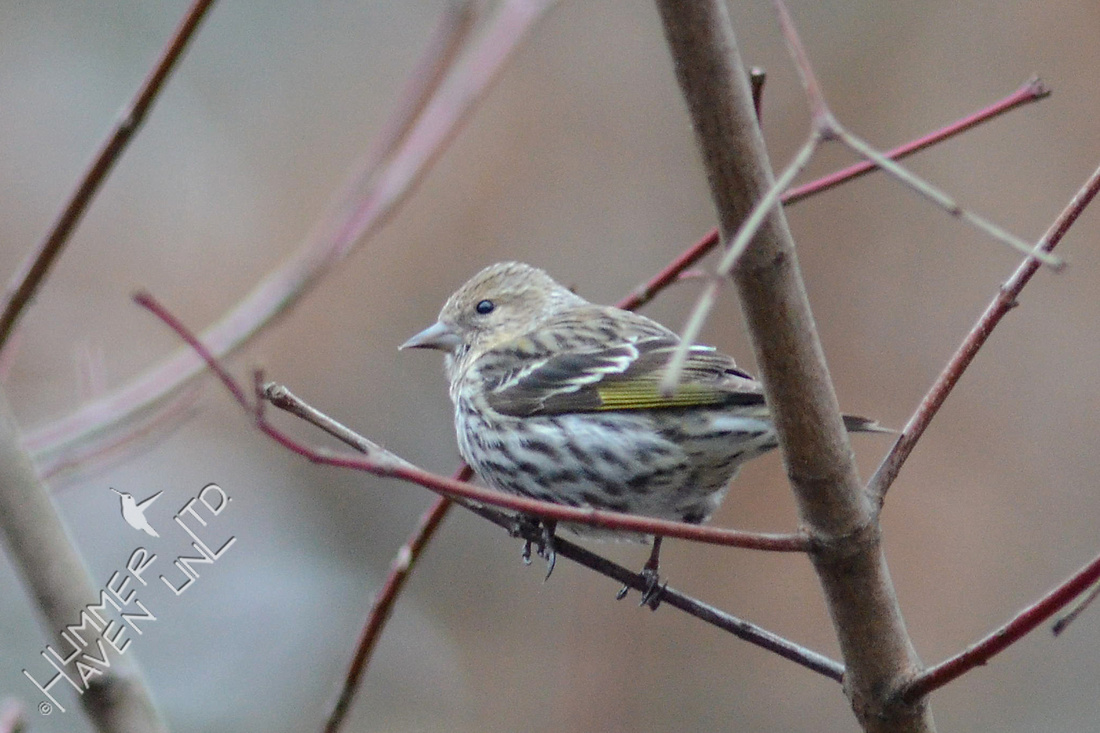 We're in for a warm-up, we've gained 40 minutes of daylight since the Winter Solstice and the birdsong has been increasing, too!