There have been good days and ho-hum days since the last blog post. But the cool fronts lately have been bringing in migrants. On Friday, activity started early in the morning with a female Summer Tanager checking out the bubbler. (This photo was taken in very low light conditions.) 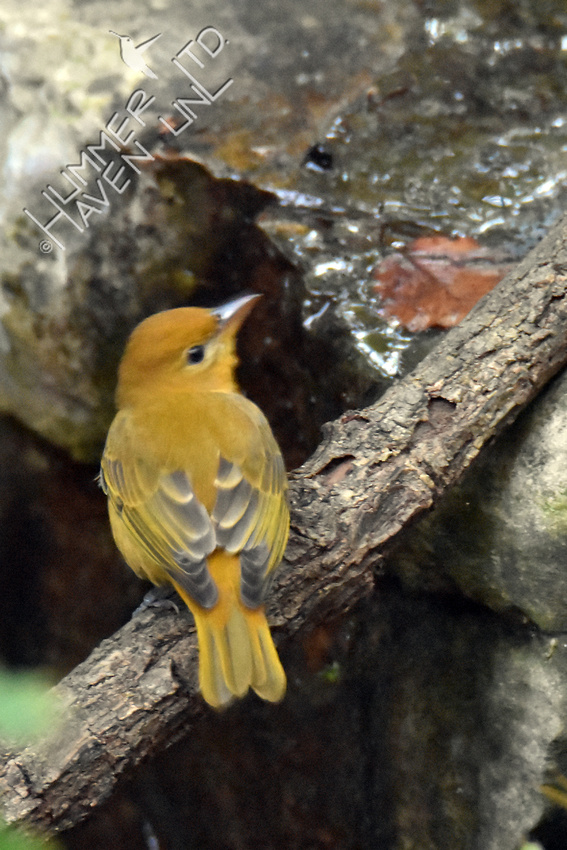 And a Black-throated Green Warbler took a quick bath on the Bubbler rock and then spent time foraging. 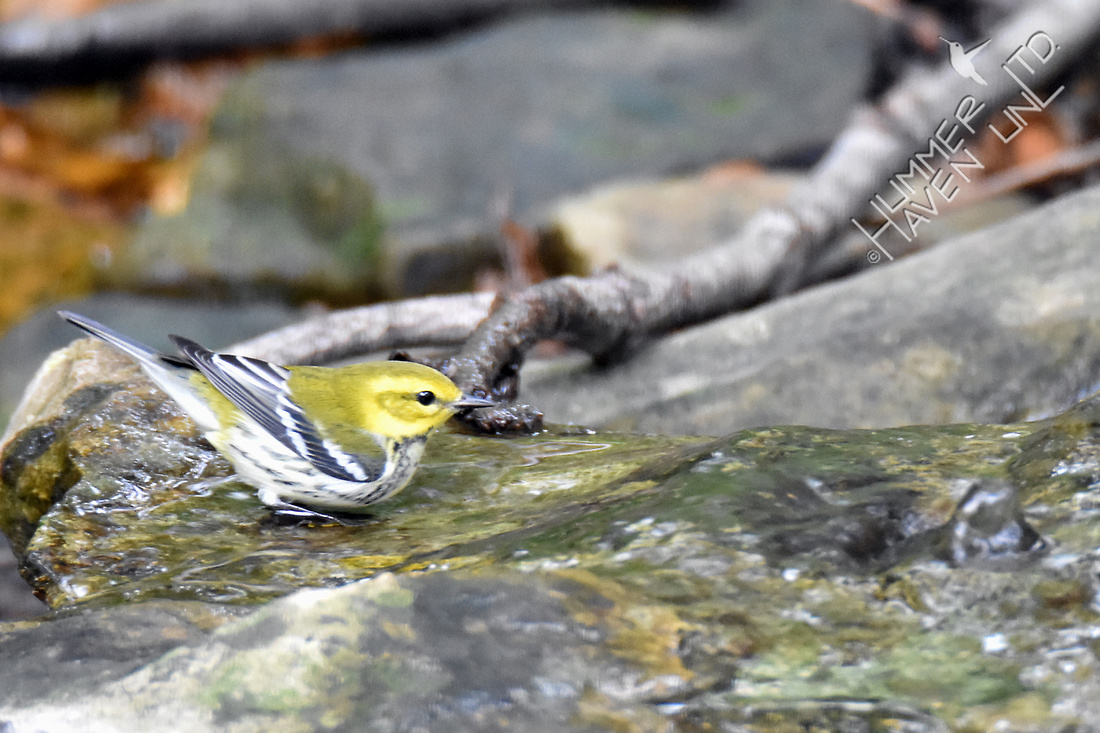 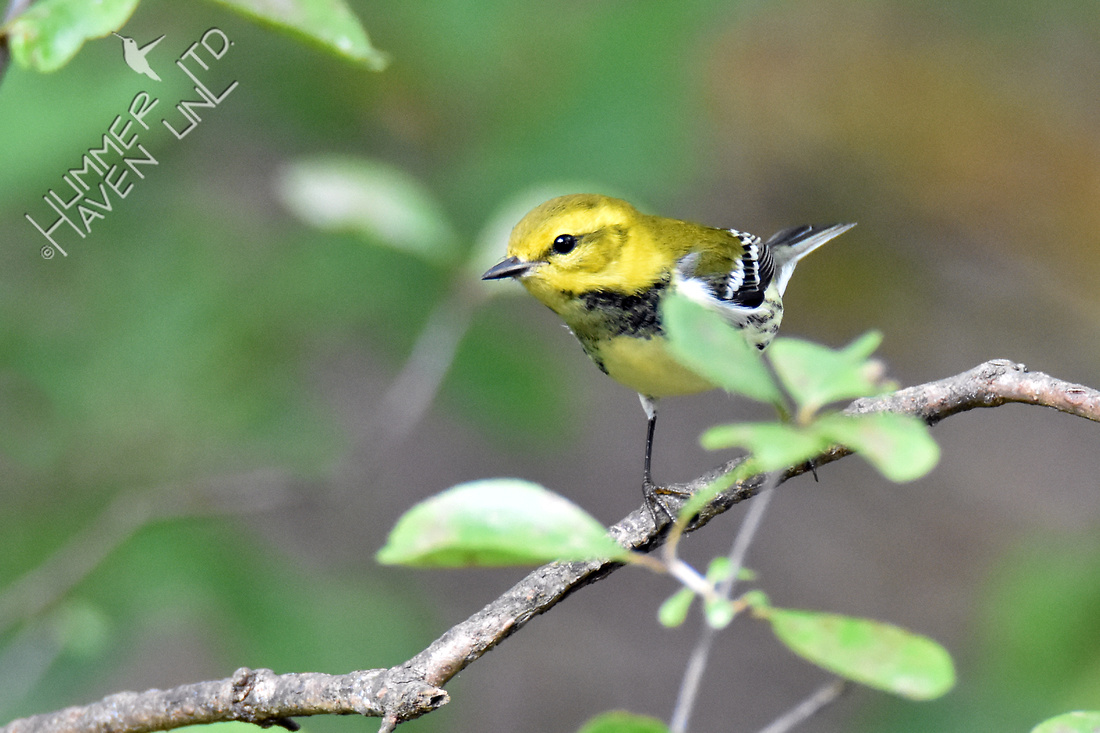 And, there has been a tiny bird around that we always love to see, a Red-breasted Nuthatch. It has been several years since we've seen one and this is an 'irruption' year for them. We hope to see them all winter. This one has been coming in regularly to get sips of water. Listen for their distinctive 'toy horn' call! 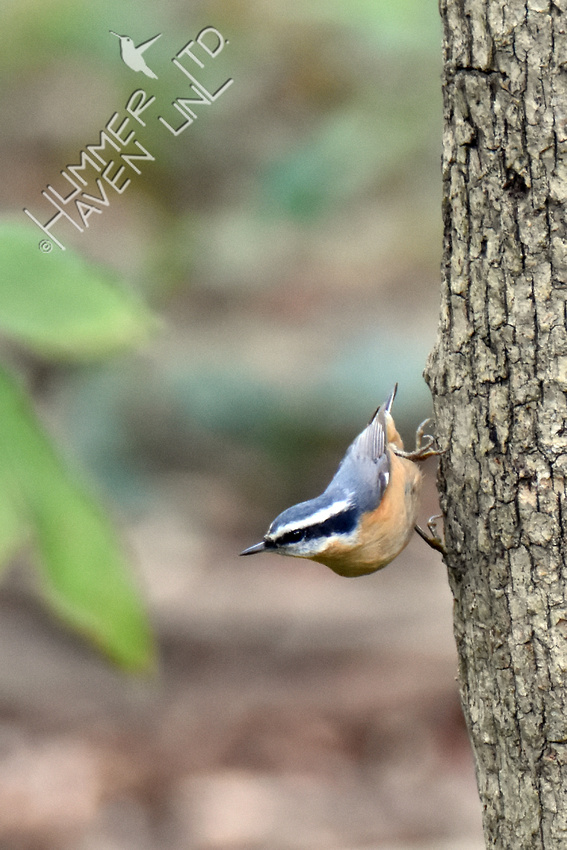 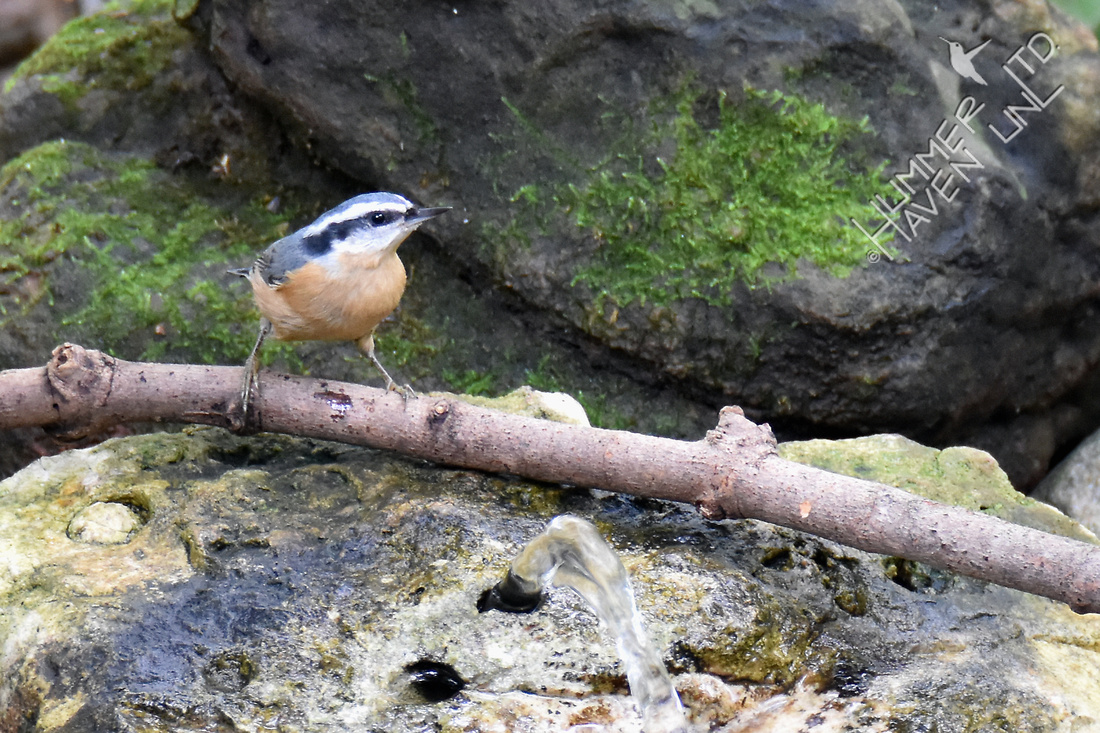 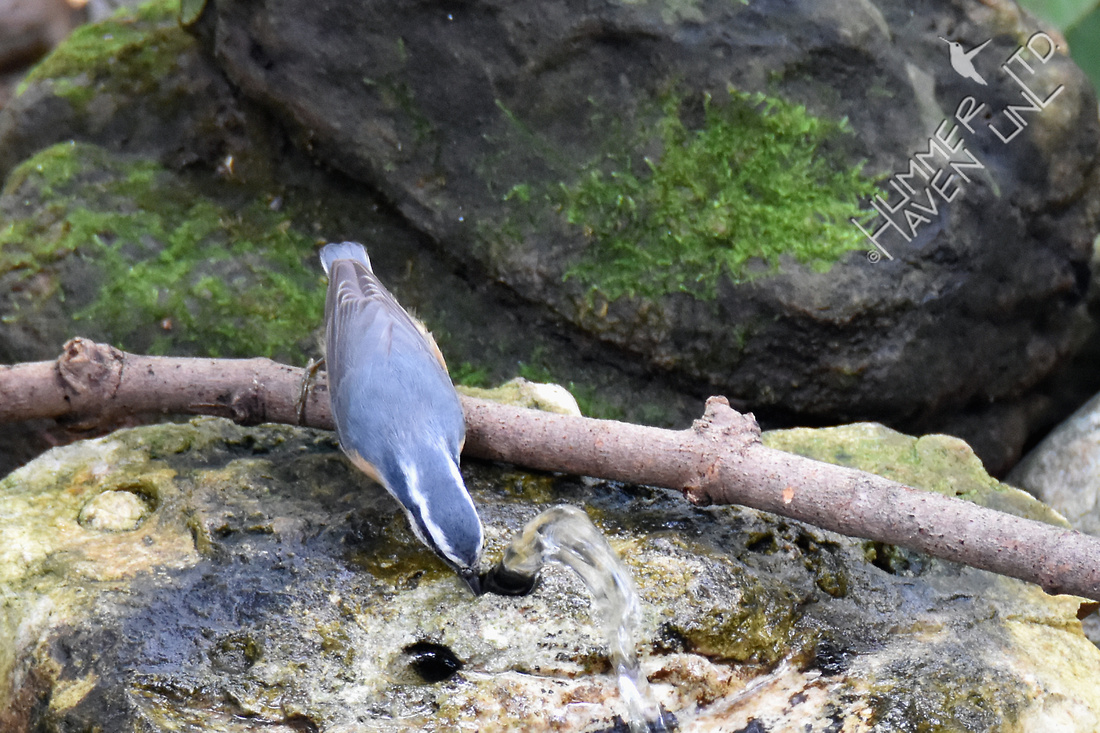 Yesterday afternoon about 5:00 p.m. a large influx of sixty or so American Robins came in with the winds from the northwest. Along with them came both Scarlet and Summer Tanagers. They were getting baths at the pond in the stream bed. 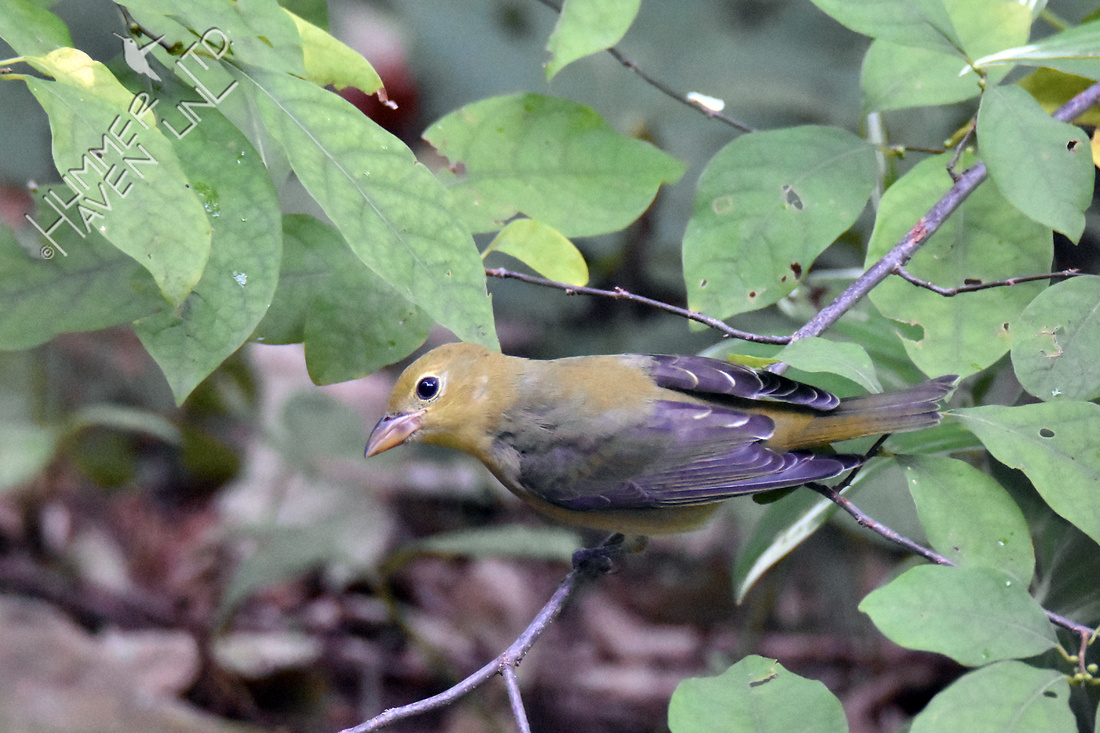 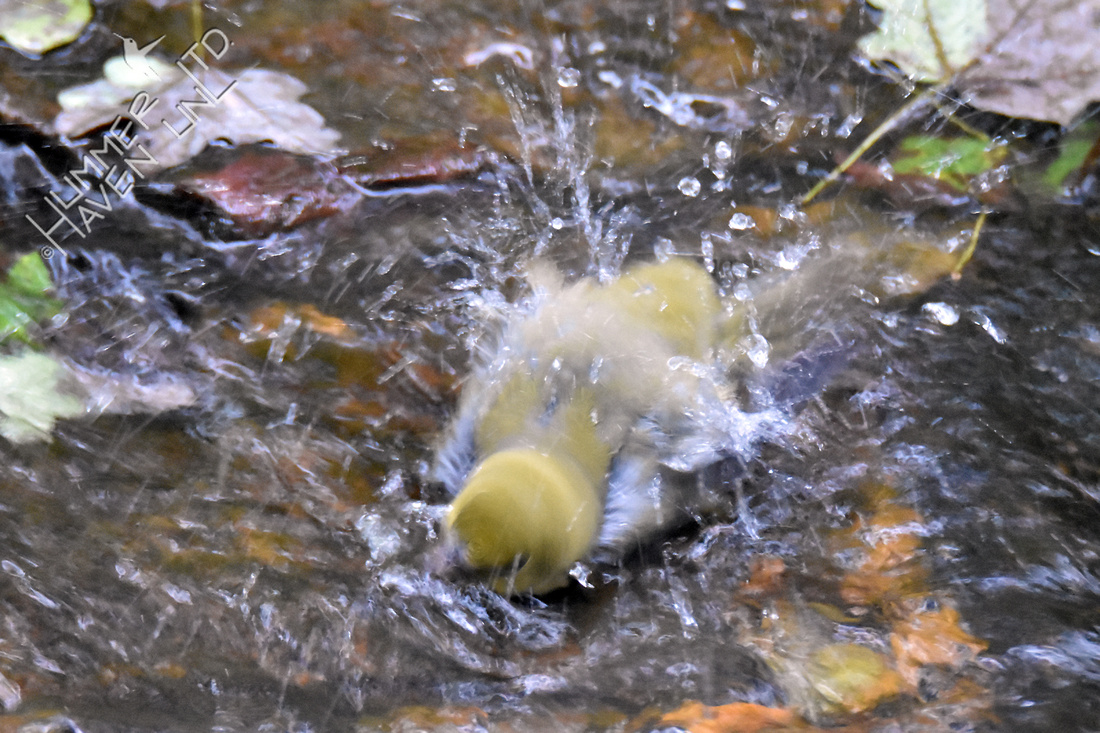 This Scarlet waited its turn in the sugar maple above. 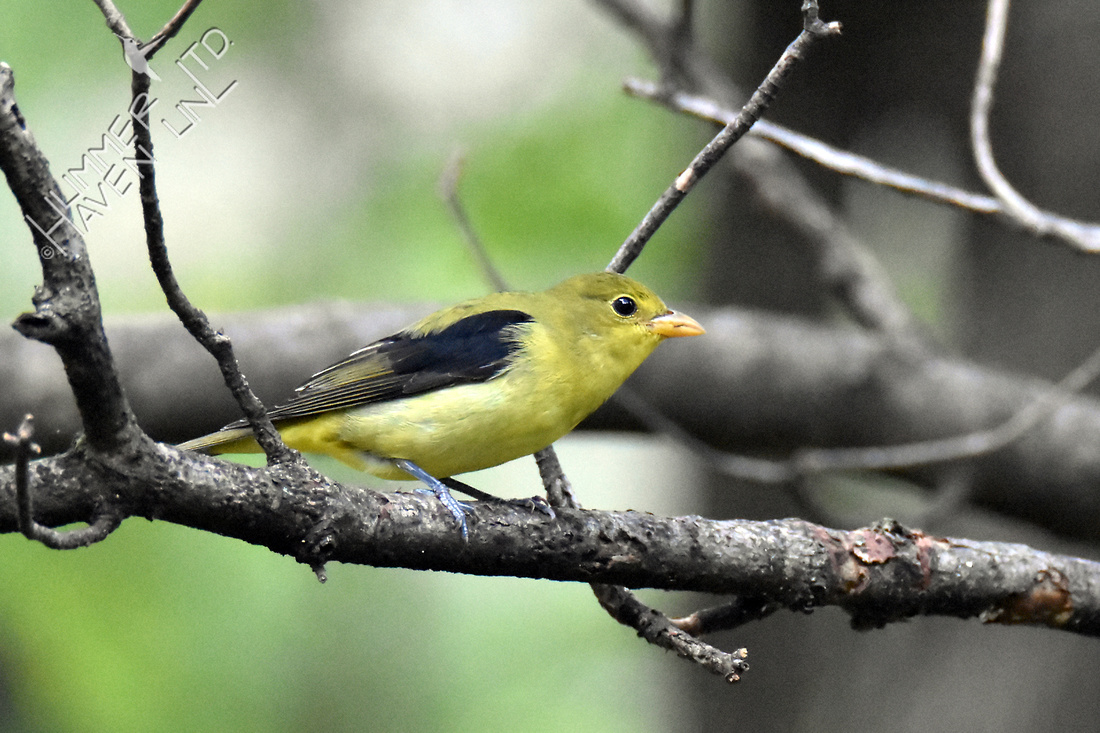 A female Summer Tanager approached cautiously. This is a new species at the pond, #79. 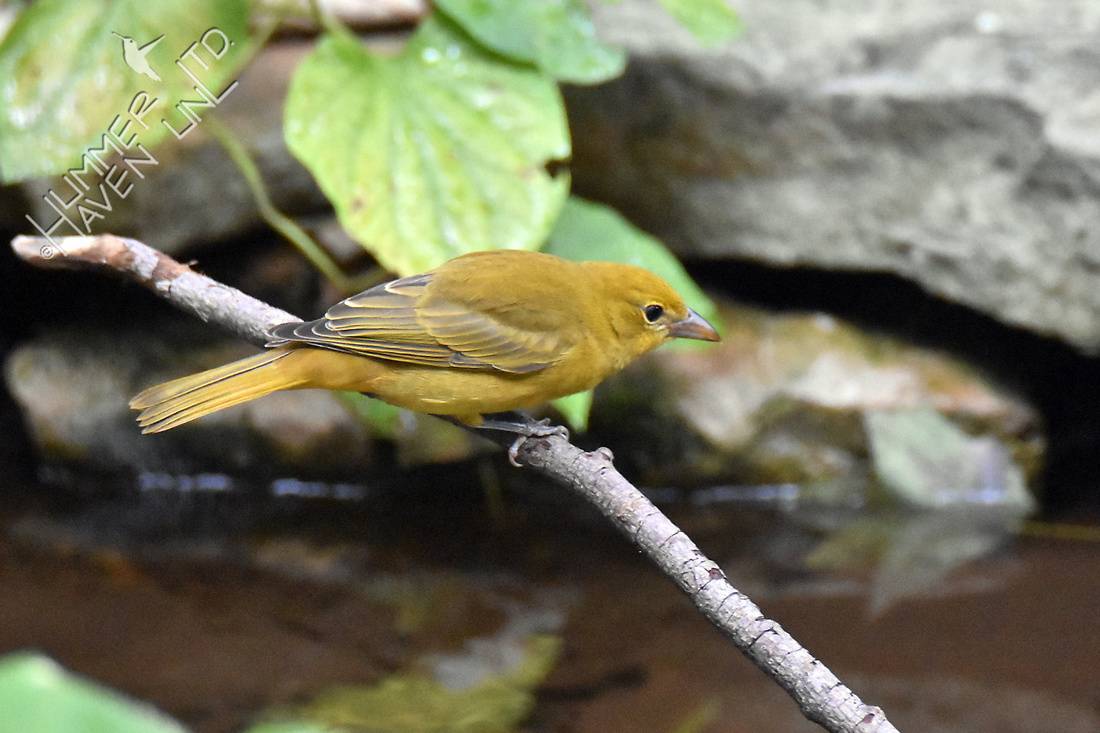 The robins usually dominate the water features when they come in such numbers, but this bird warned off the robin. 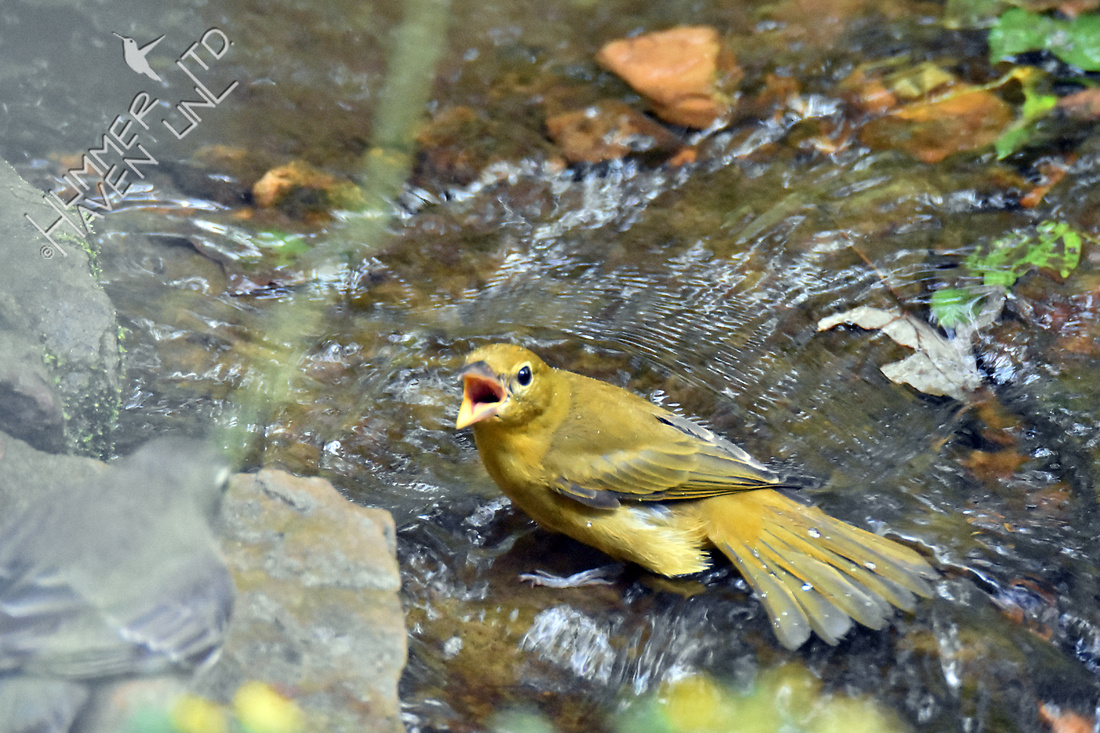 Then she turned only to be challenged by the waiting Scarlet Tanager! 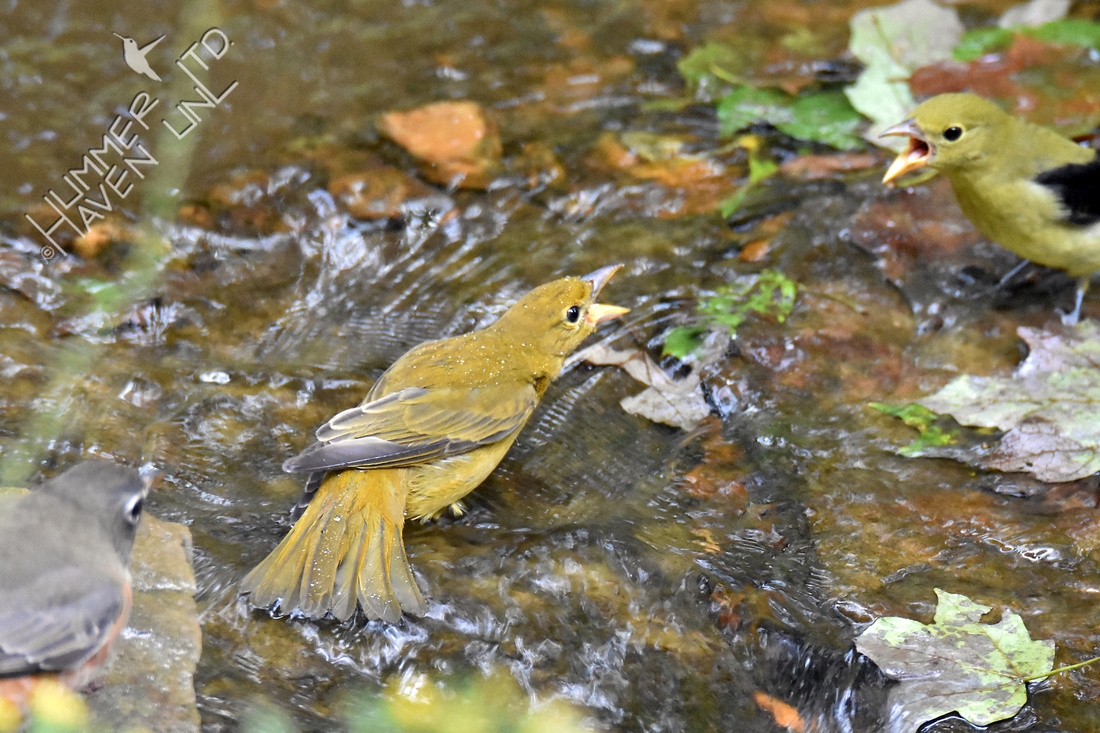 A truce was declared. 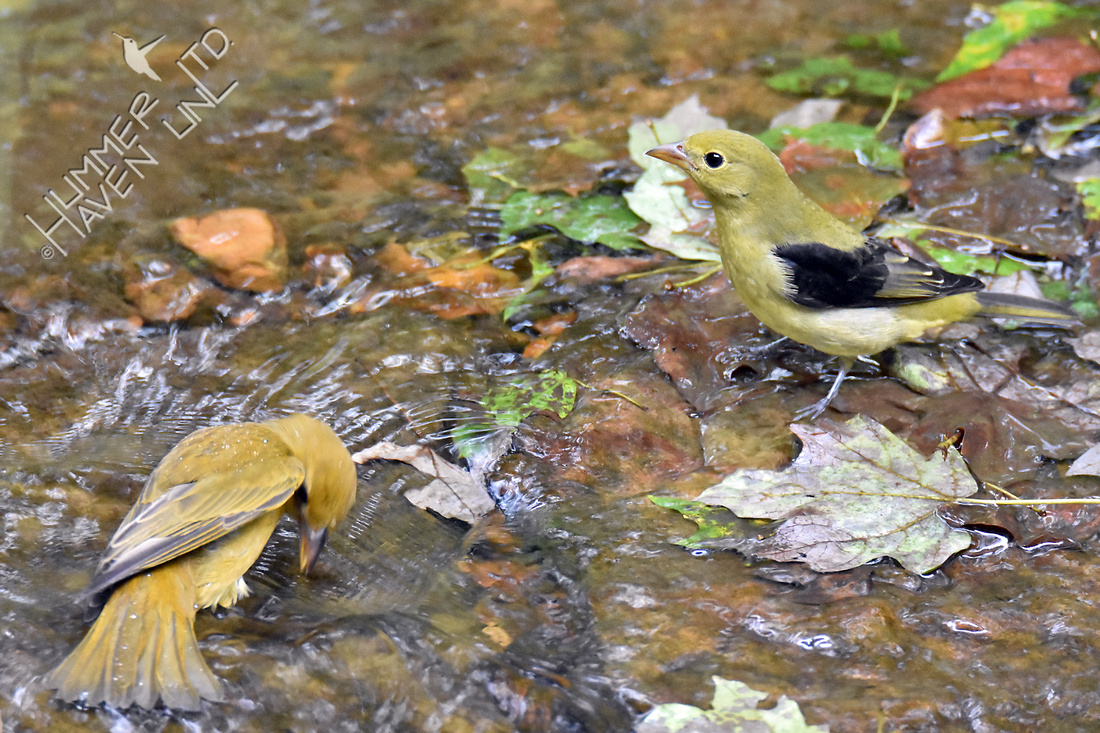 And, it was the Scarlet's turn. 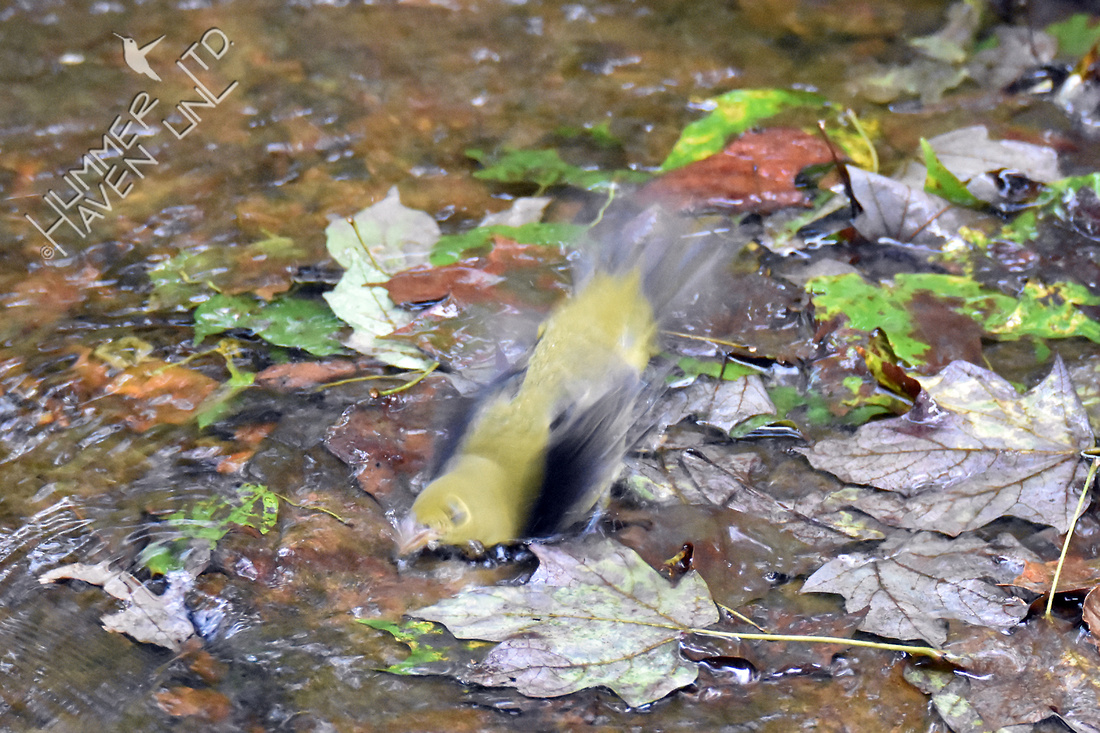 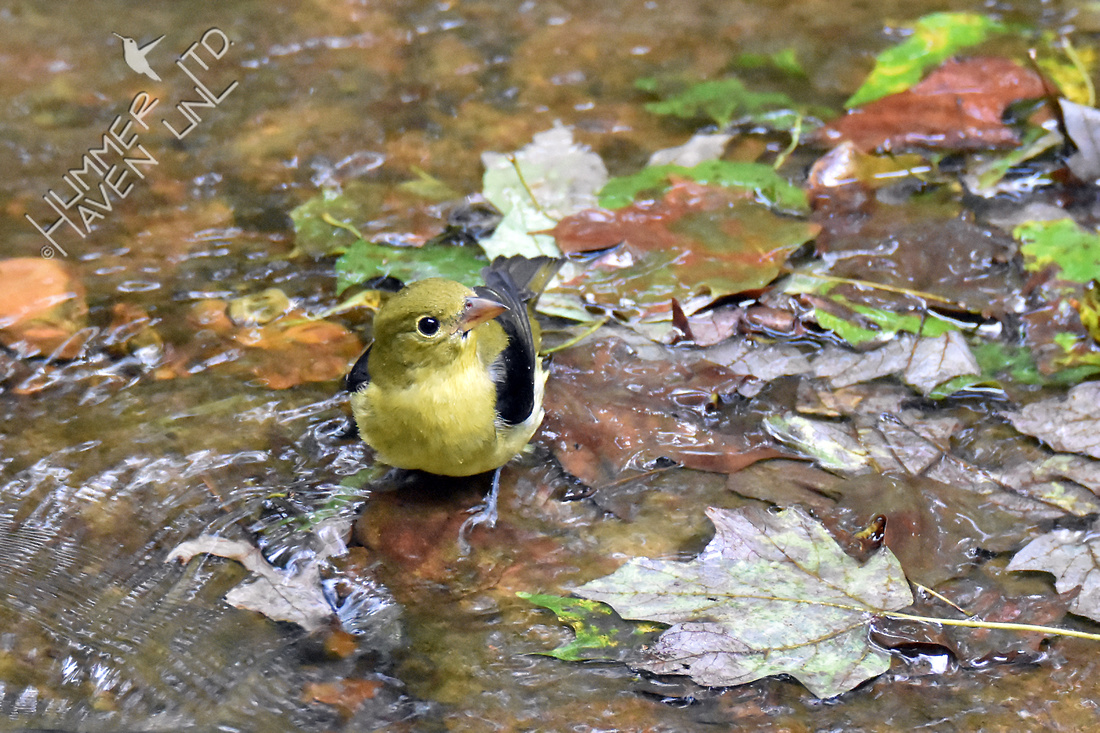 These birds are well camouflaged with the falling maple leaves.

Other notable news is that a mink was caught on the Bubbler cam early Saturday morning at 2:37 and again last night about 10:20 pm. Here are the two short clips. (The Bubbler pond got a cleaning in between.)

This is the first mink we've seen here since June 23, 2015. Here's that blog post from last year with photos:

Another critter that we haven't seen in a while is the little mangey fox. I had begun to wonder if it made it through the summer when it came to the Bubbler on 9-20-16.  It looks ghost-like but still alive.

And that's all for now.  I think today could be a busy migrant day!