Wednesday was very quiet here, at least until just after 2:00 p.m.  I saw a couple Tennessee Warblers at the bubbler and went outside.  A Yellow-rumped Warbler approached and then this female Black-throated Green Warbler looked in. 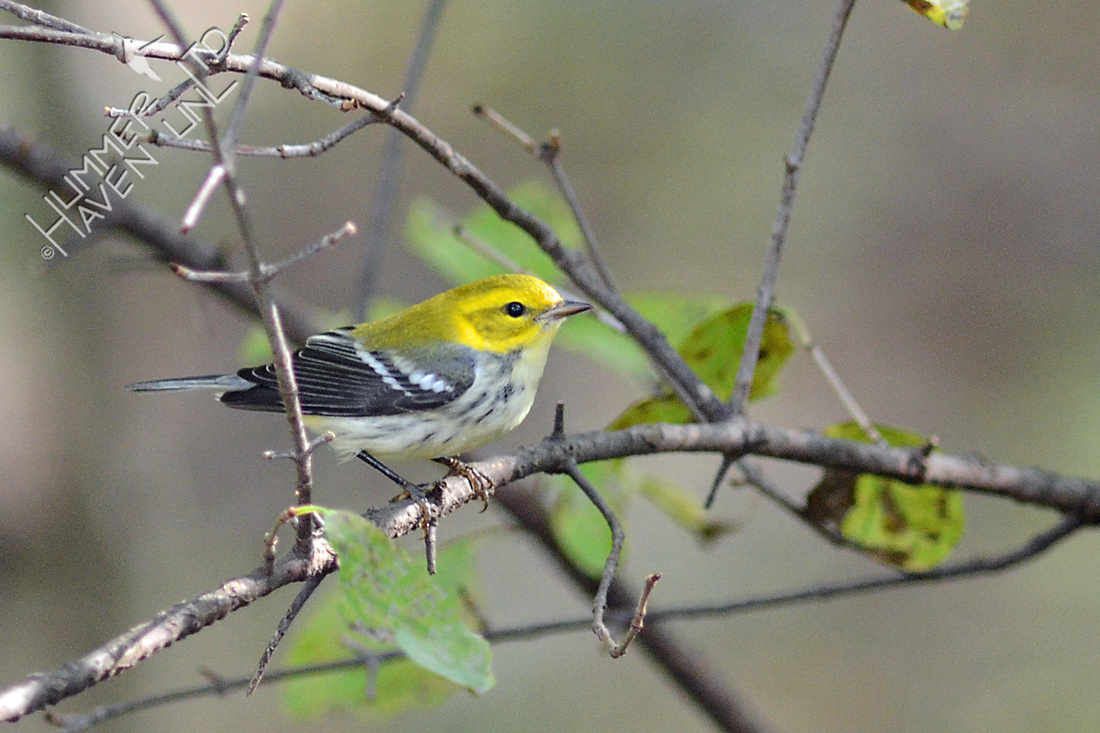 The first of the season Brown Creeper had arrived. He was looking for tiny insects and moving from tree to tree. 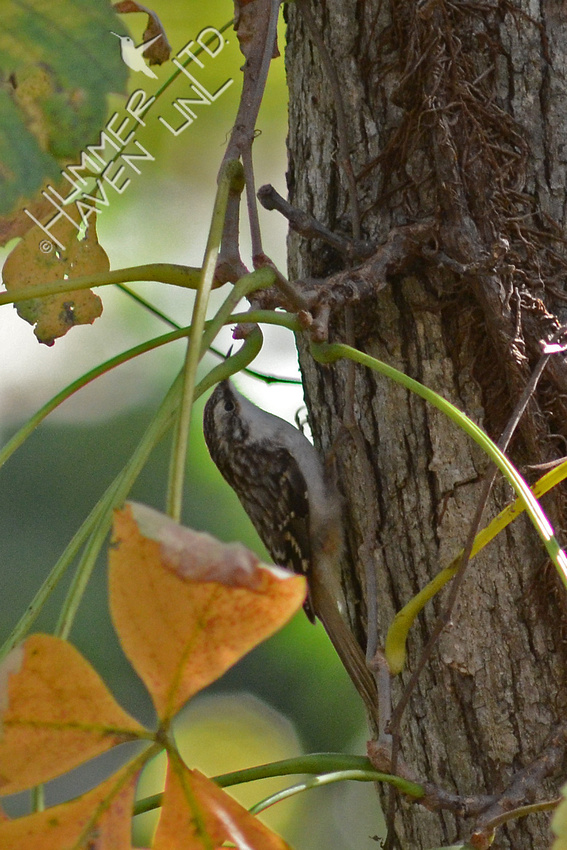 A bit later, a Winter Wren tried to get to the bubbler, but one of the Carolina Wrens chased it off.  It wasn't long before it came back! It's such a tiny bird and as an LBJ, difficult to photograph.  (LBJ= Little Brown Job)  Such a speckled little thing and it made the most of its opportunity. 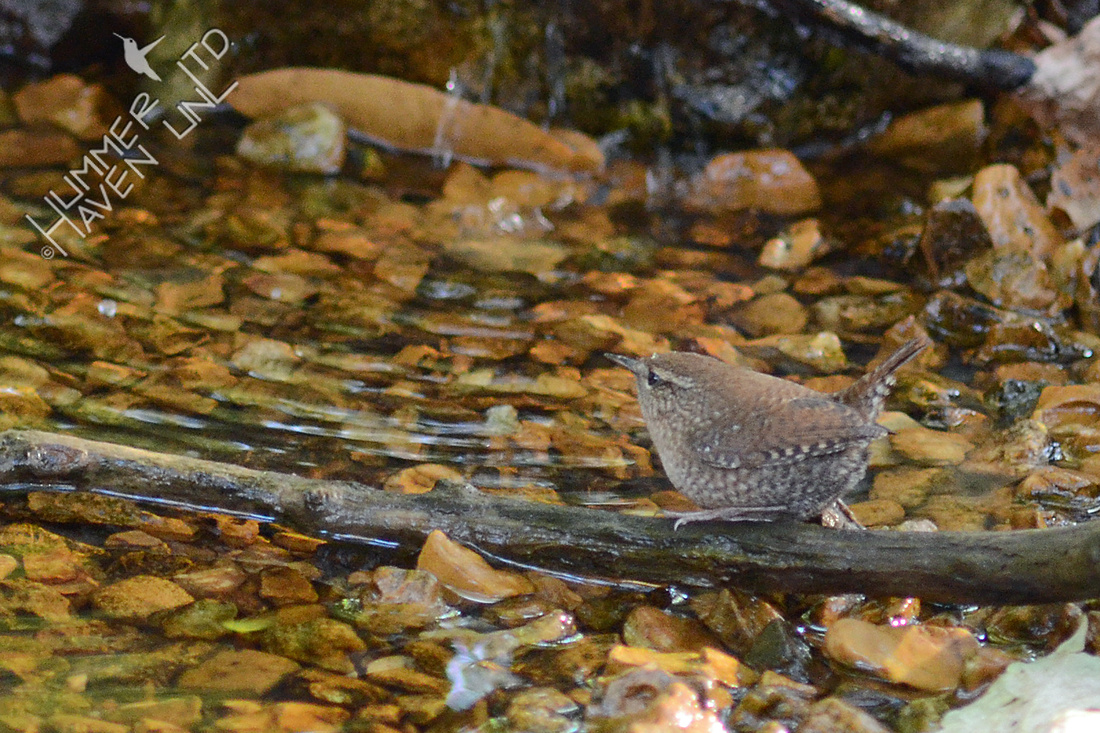 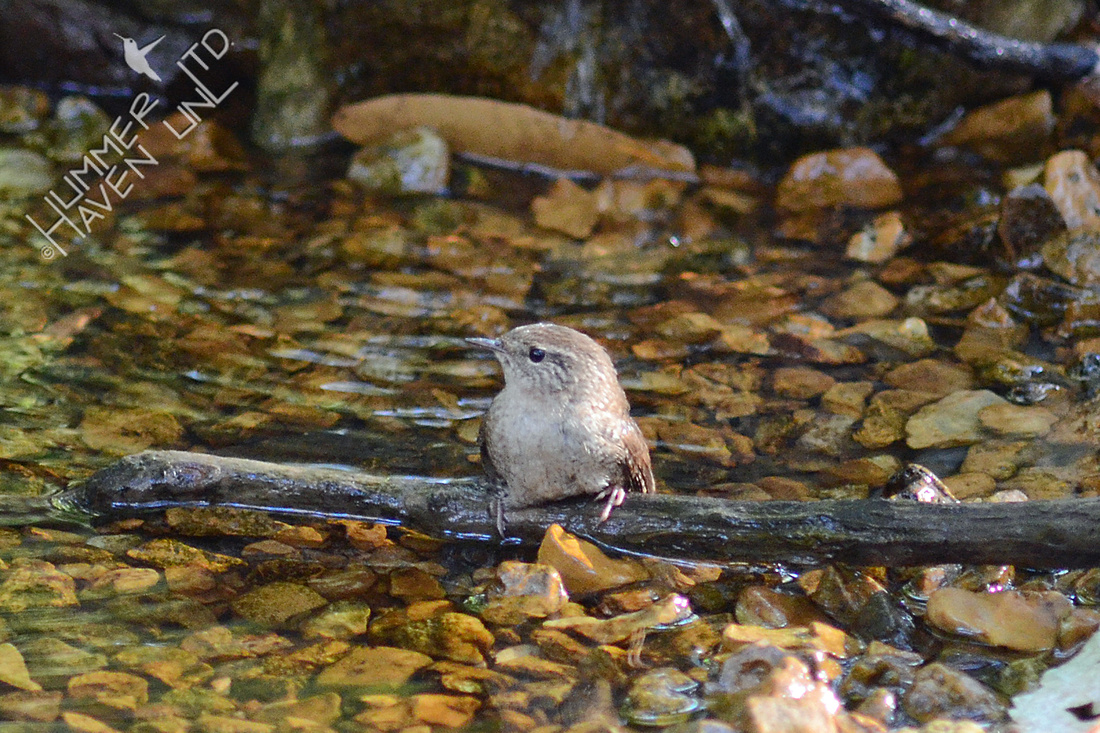 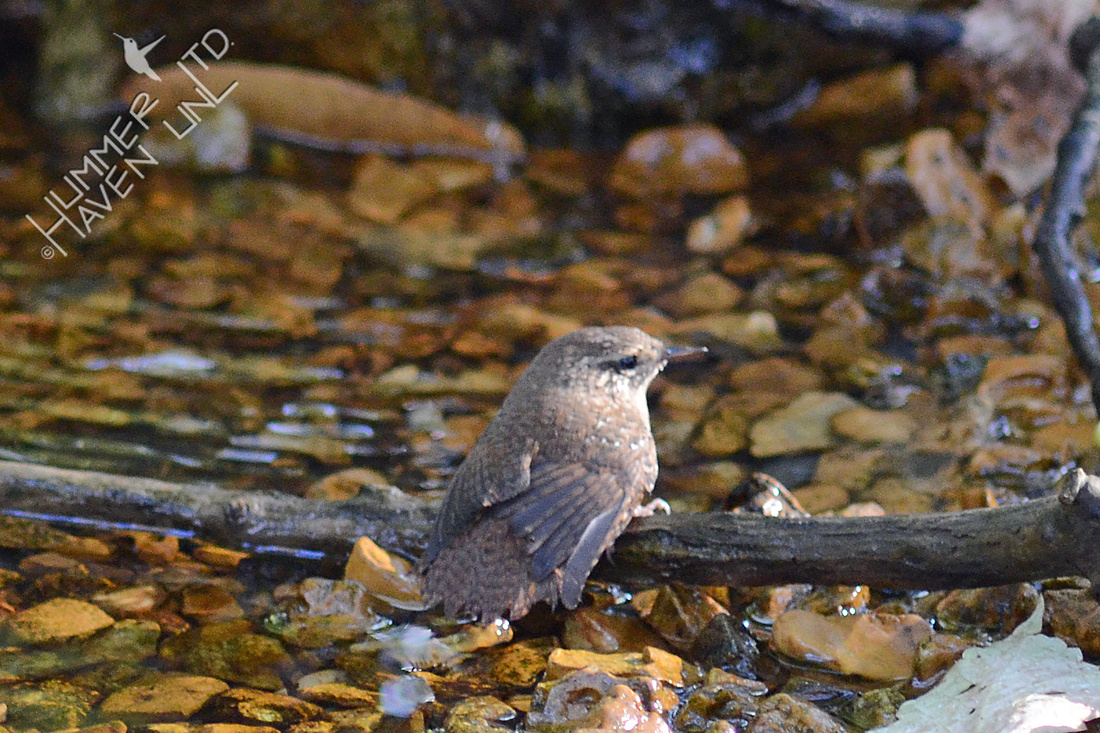 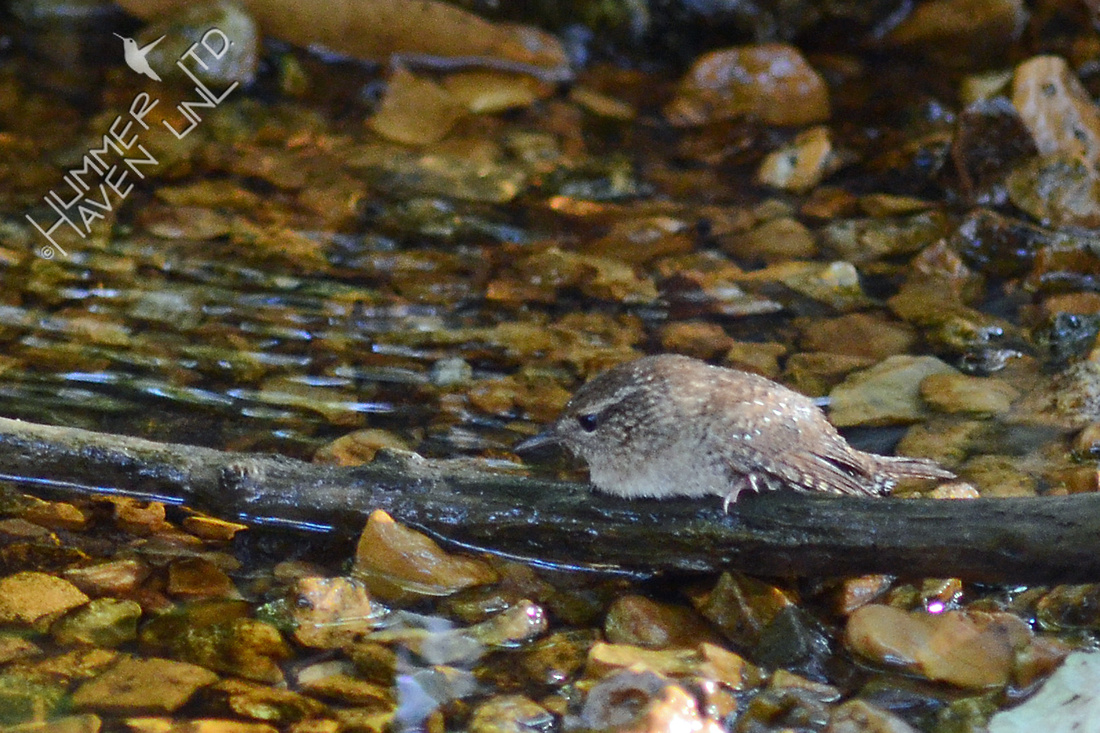 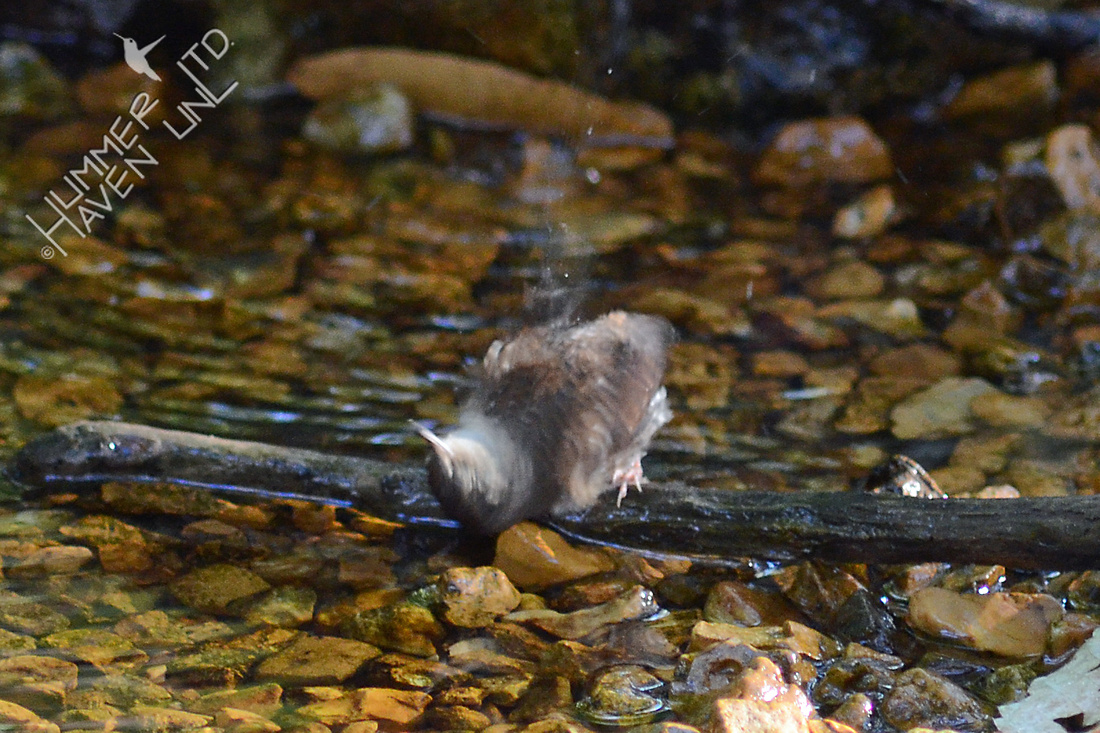 I was happy to be able to photograph this bird.  Was it the same one that came last year on Oct. 16?  The third winter arrival was this Hermit Thrush, who often stays around until spring. 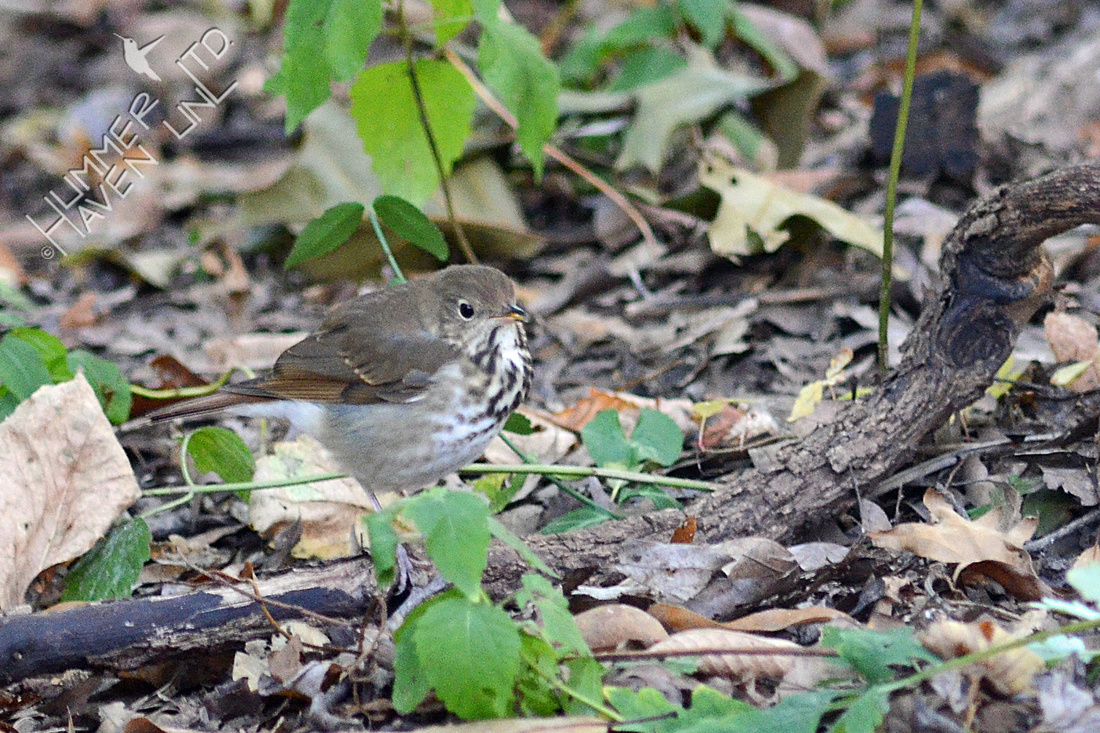 I'm still waiting for White-throated Sparrows to pop out as I'm sure I've been hearing them.  Dark-eyed Juncos will be showing up, too.  Also, at least ten other people have told me they have been seeing warblers, kinglets and other migrant birds.  All of these friends are helping birds and other wildlife with native plants and fresh water in their gardens! That is what 'bringing nature home' is all about.