Busy at the Bubbler

Yesterday, Nov. 1, 2014, the bubbler was full of activity despite the cold start to the morning at 28.6 degrees.  We've had an influx of American Goldfinches, Dark-eyed Juncos, White-throated Sparrows and a few Purple Finches, too.  Of the 21 species seen yesterday, 18 of them stopped in at the bubbler.  In the mix were the first of the season Cedar Waxwings, a family group of three. 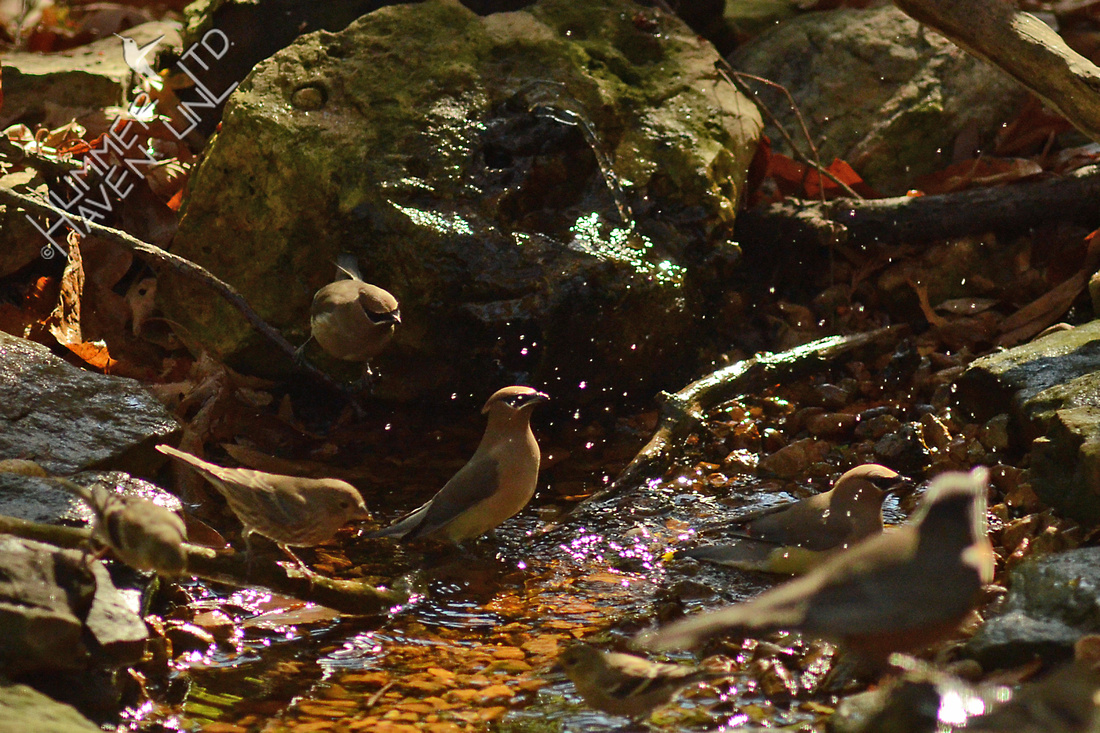 They did have it to themselves for a brief time. They are truly lovely birds. 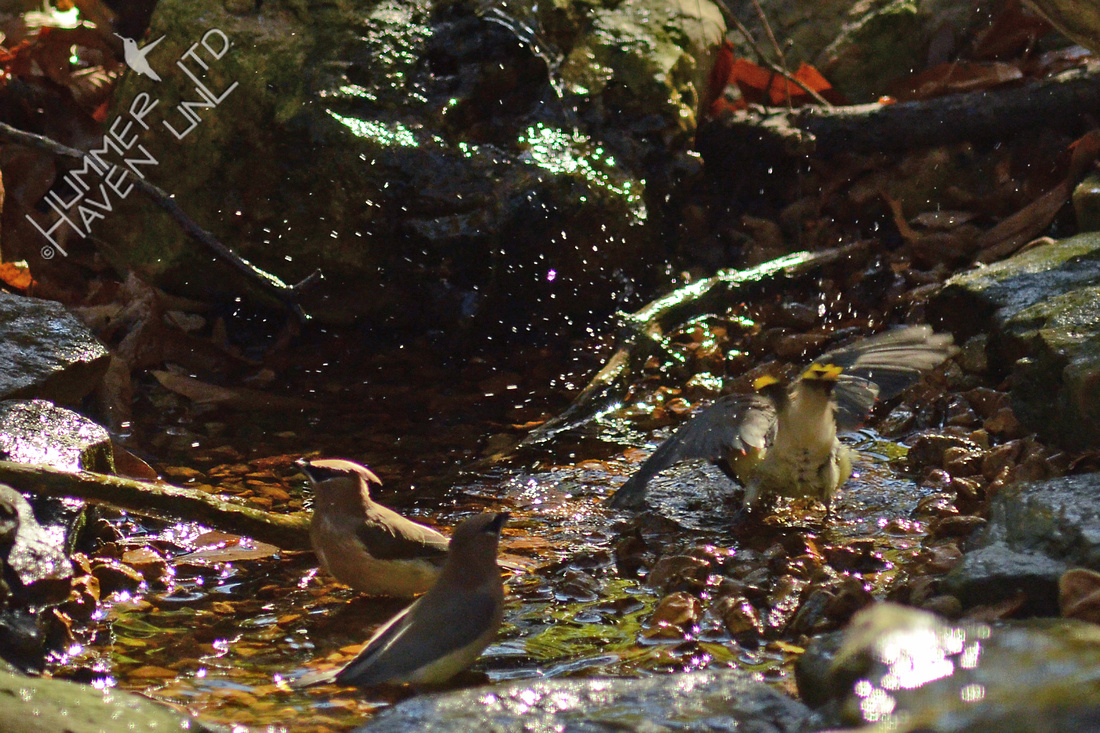 A female Purple Finch got in a bit later with an American Goldfinch. 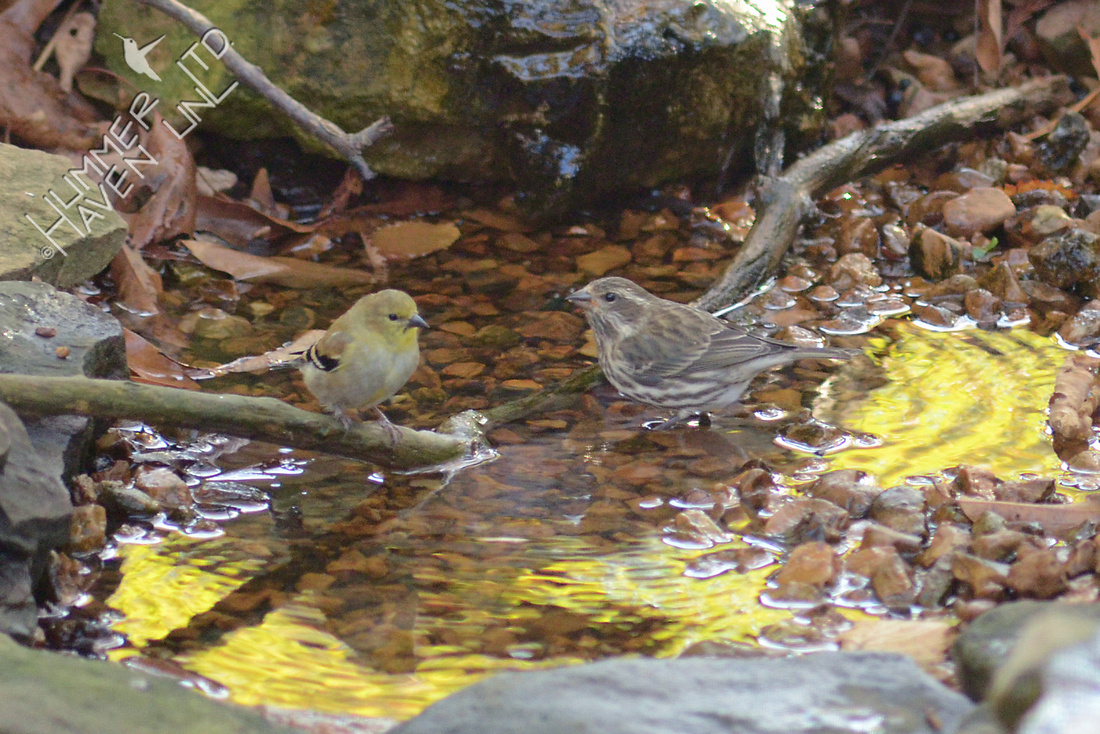 American Goldfinches are up in numbers now, at least a dozen or more.  They're active in the garden and at the niger socks as well. They're in their fall plumage and blend in so well. 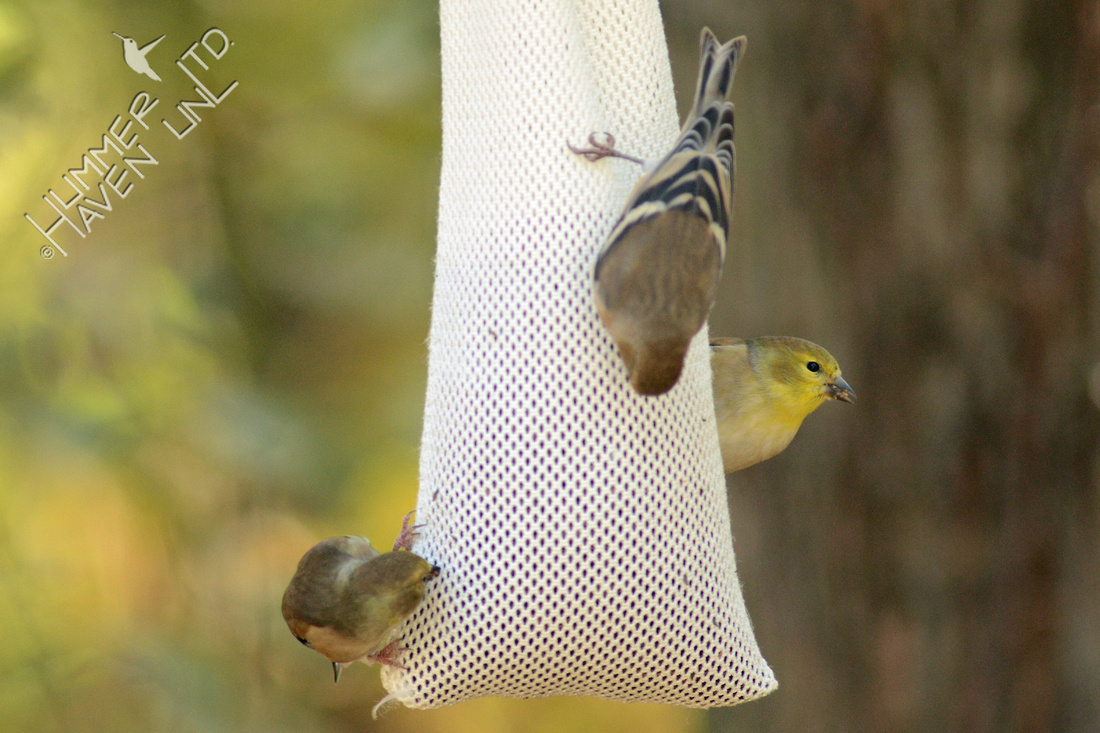 A Brown Creeper came in late in the afternoon.  These colder days will keep birds actively looking for food to sustain them! 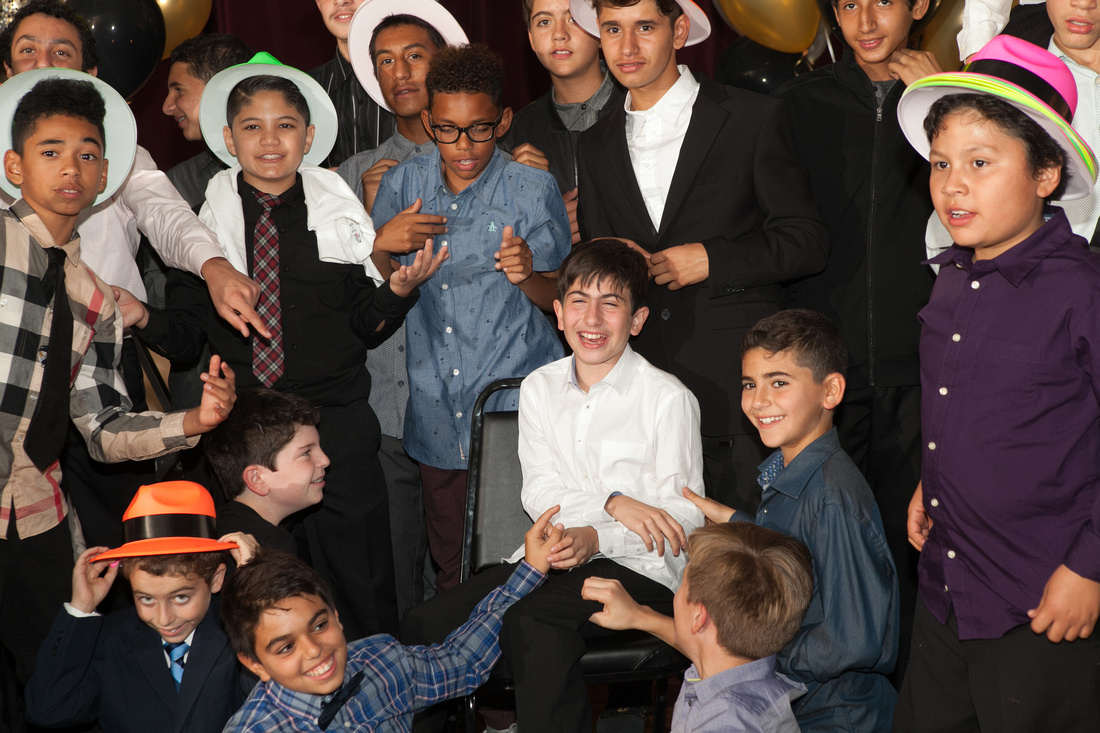