This morning, the push of rain and cooler air brought in a few more birds.  White-throated sparrow, Dark-eyed Junco and Brown Creepers were first of the season here along with migrating Blue-headed Vireos, Nashville, Black-throated Green males and females and at least one Bay-breasted Warbler.  All the birds were hungrily foraging and the Bay-breasted found breakfast in the pondcypress. 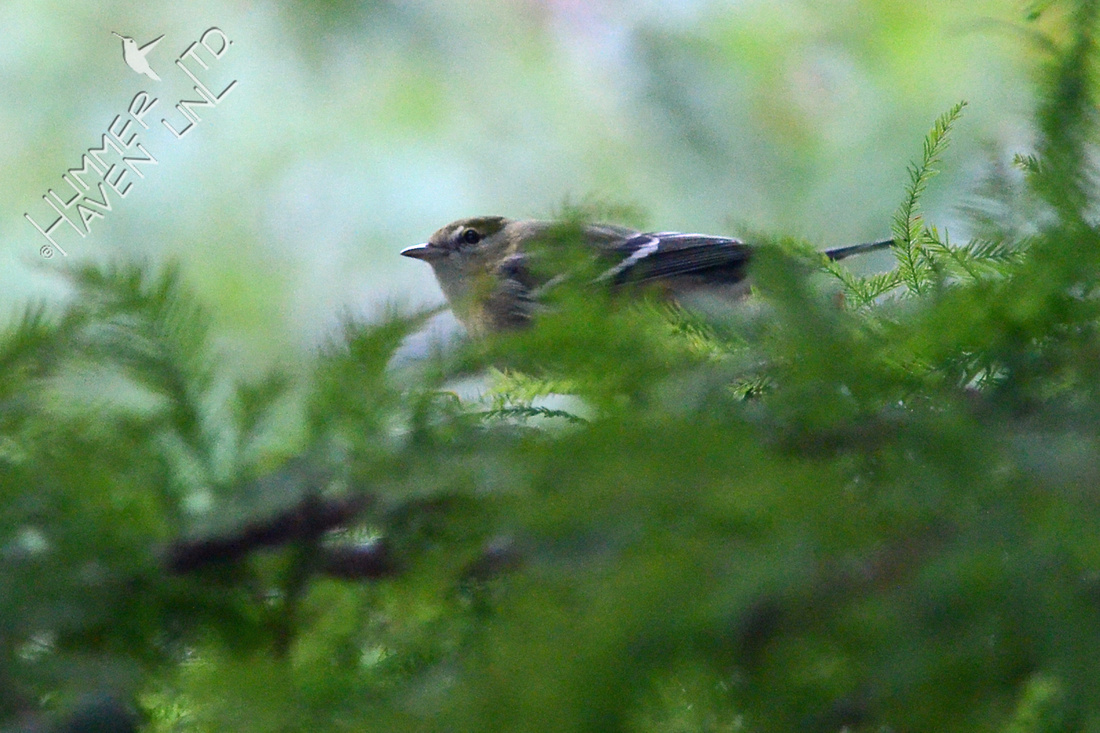 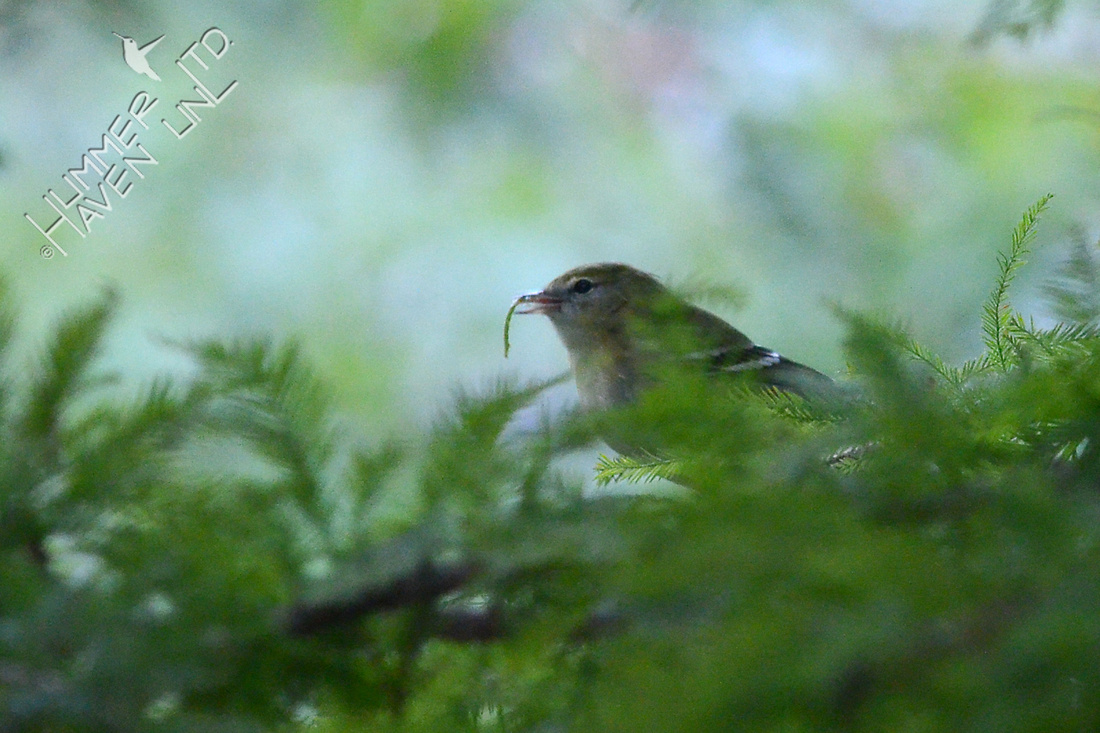 The bird had this looper by the tail, holding it between his tongue and upper bill, for just a few milliseconds before it was devoured.  The pondcypress is ripe with these little caterpillars and the birds sure know it.

About 5:15 pm, I saw a Brown Creeper go into the bubbler, then a Carolina Chickadee.  A Winter Wren watched while hopping all around the bubbler and soon went scooting in.  This tiny wren is a new bubbler bird for us, #115.  Low light, just a documentary image for now.