As usual, when the birds really start coming in, I get behind! Here are some highlights from the third week of September. 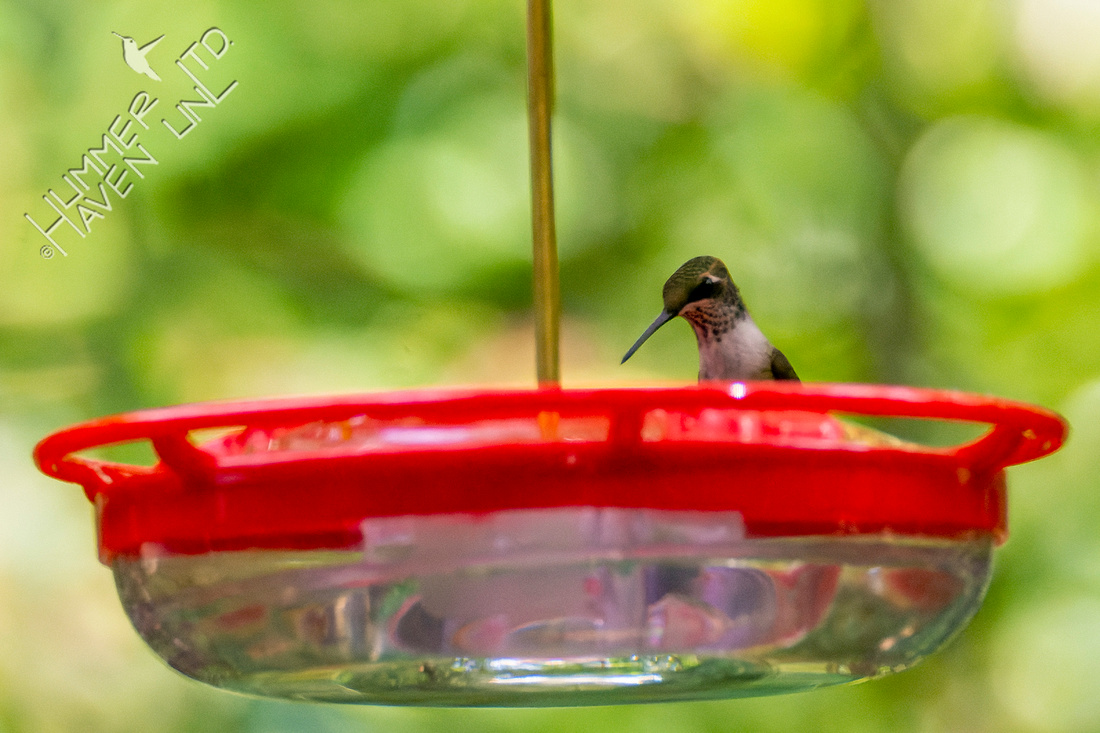 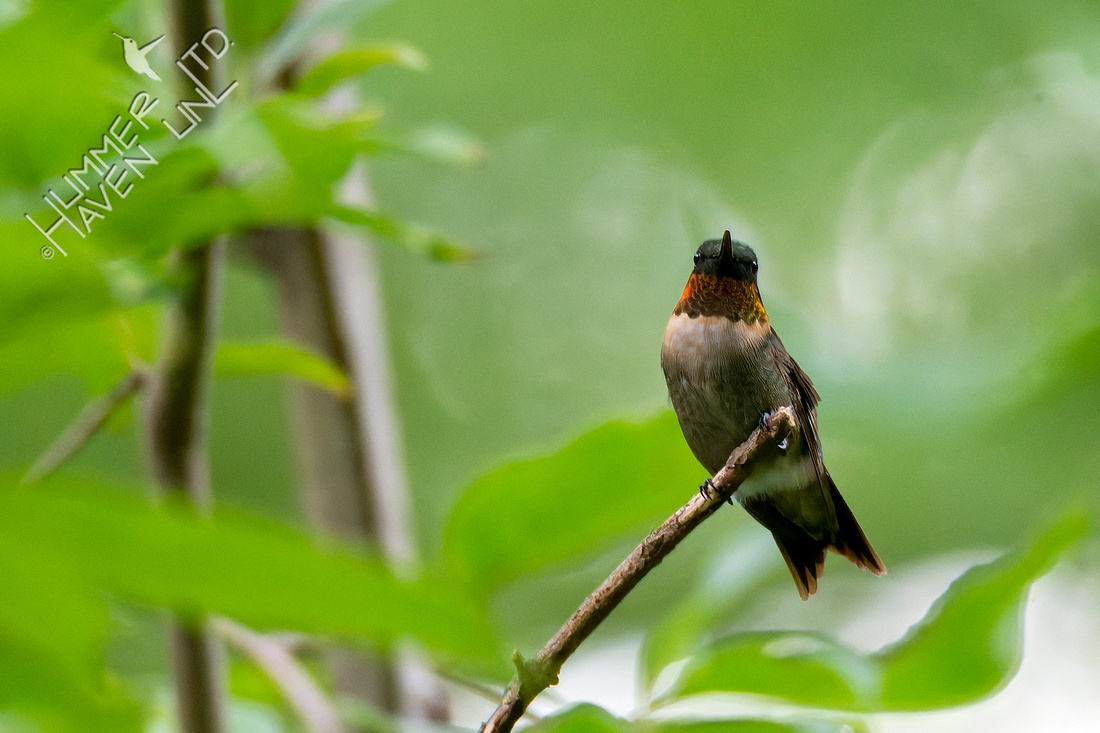 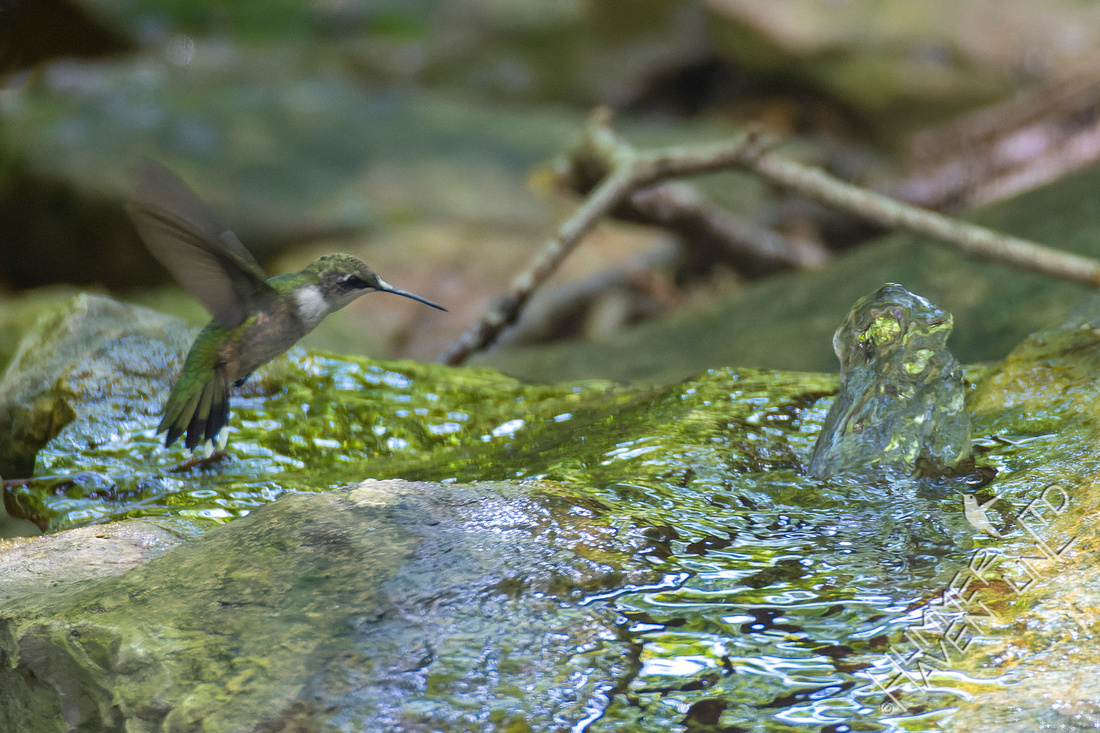 We're still seeing Ruby-throated Hummingbirds, but it seems the males have moved on. The second photo was taken on 9/16/22 and a male  was seen the next day. The immature birds investigate everything, bubbler included! 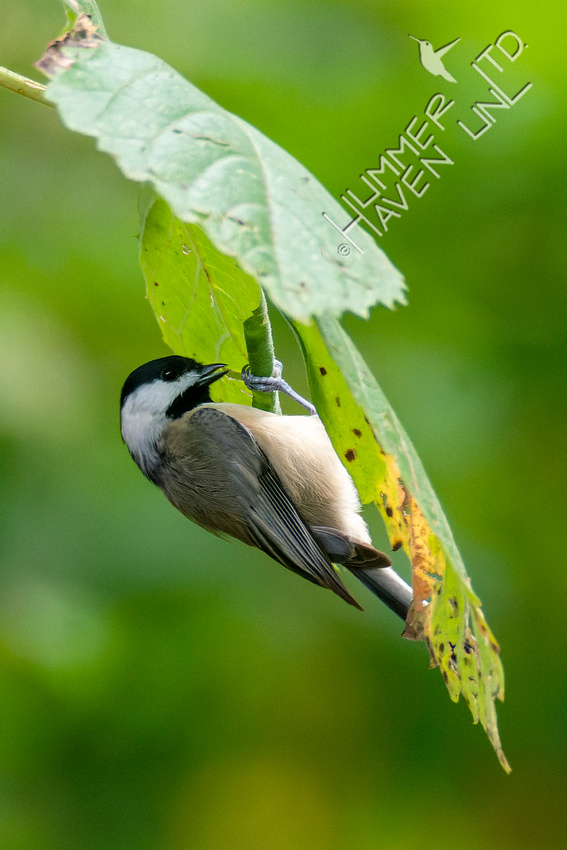 All the birds are looking for food, like this Carolina Chickadee that found a caterpillar on leaves of Virginia Creeper(Parthenocissus quinquefolia). 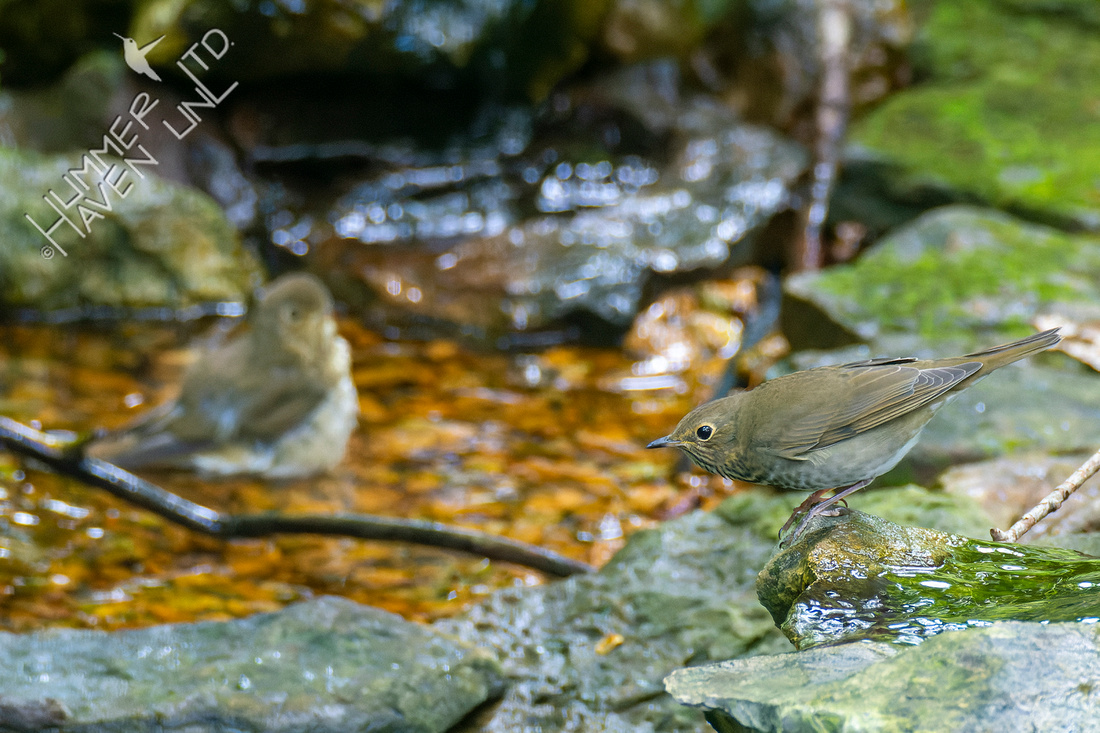 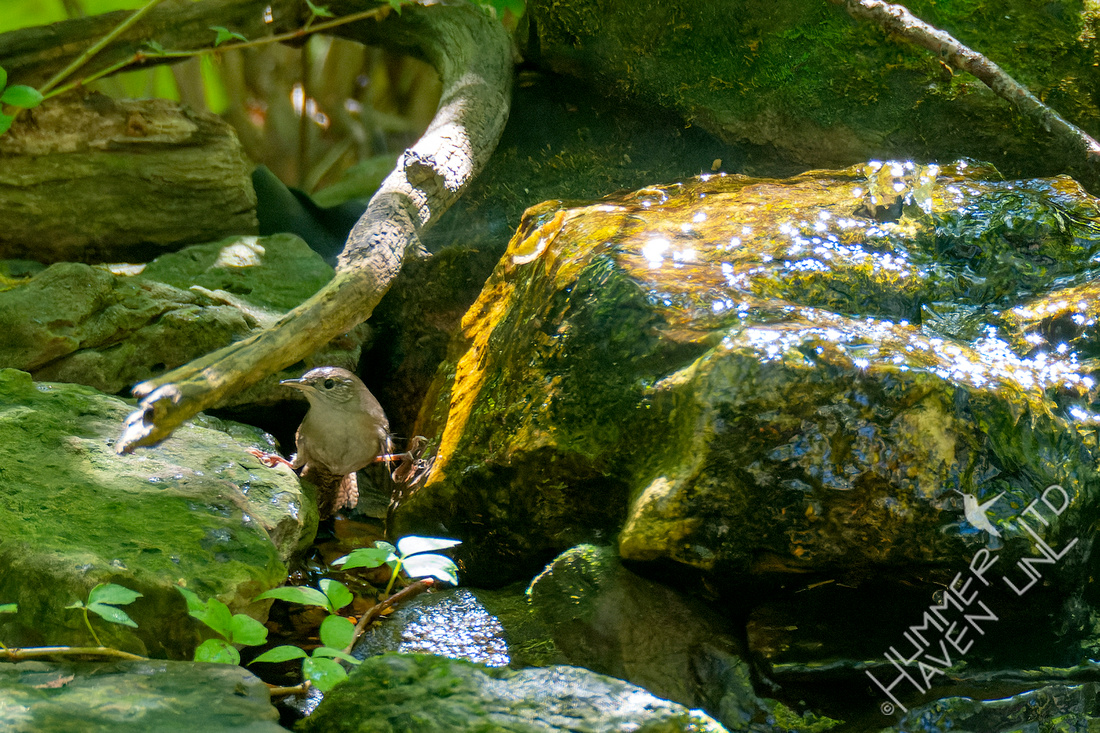 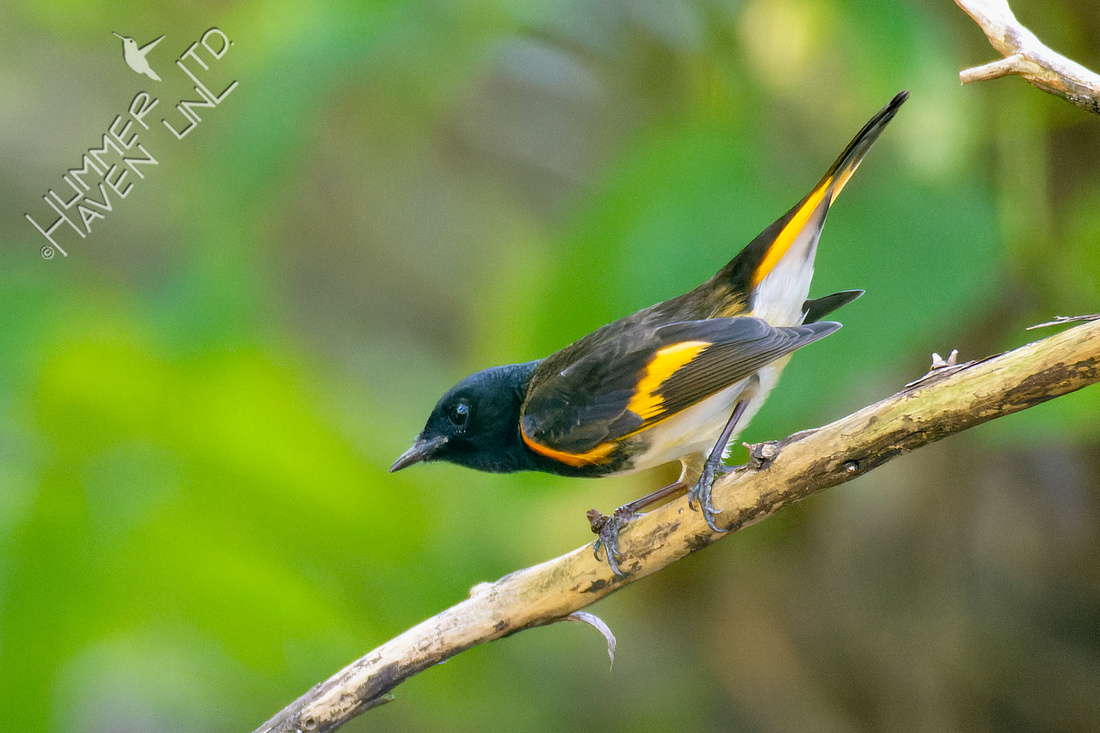 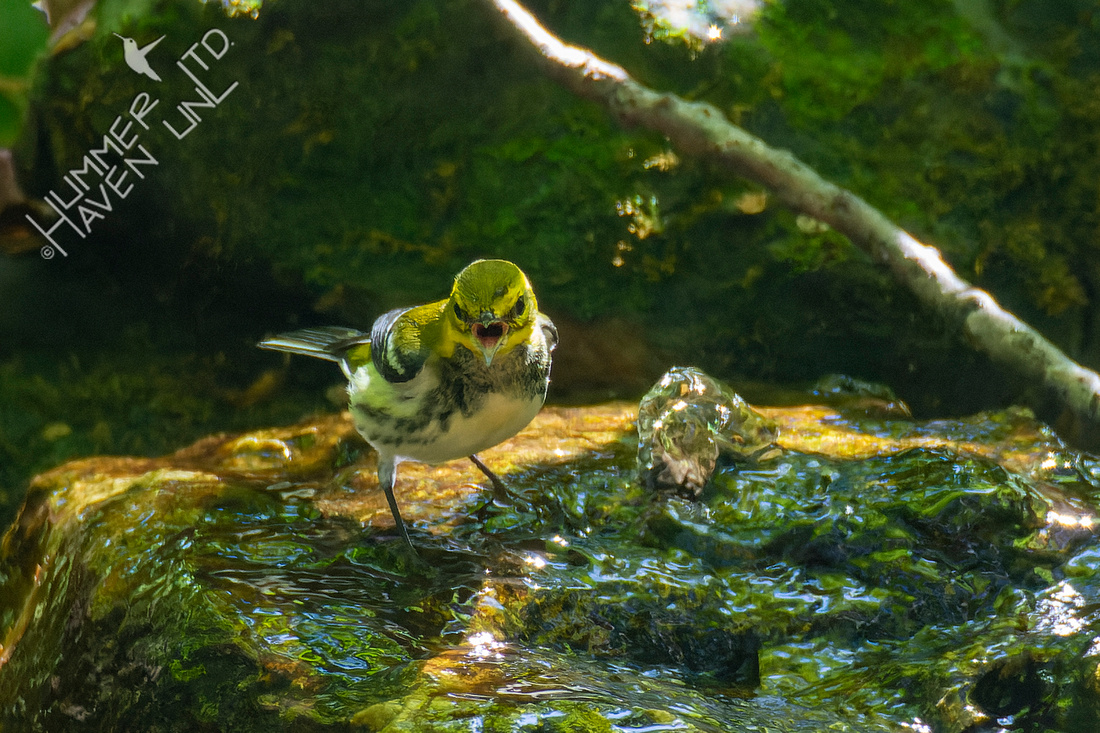 Swainson's Thrushes were at the bubbler often one day. A House Wren found a little corner of the basin to drink from and splash in. Perhaps, it felt some protection from that stick overhead? American Redstarts and Black-throated Green Warblers have been seen on numerous days. 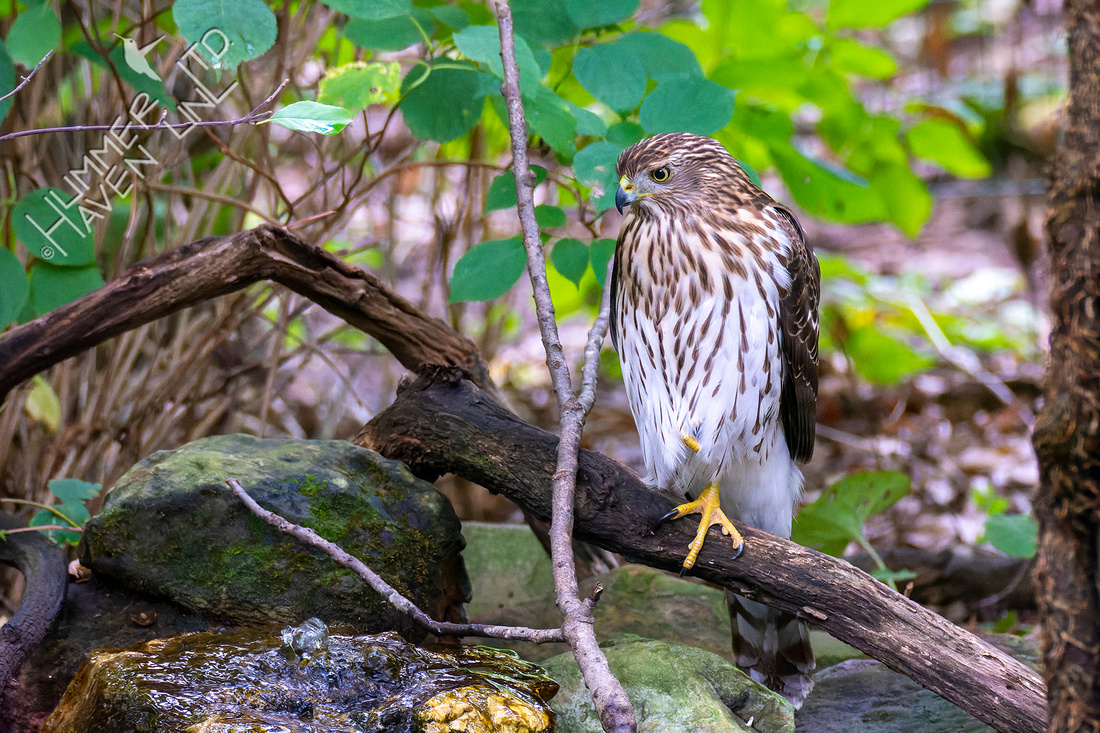 On the first full day of Fall, 9/22/22, this immature Cooper's Hawk took in the sights and sounds at the bubbler, ensuring that NO birds would dare come around. It finally left and the brave little birds came back. Five warbler species came in that day. 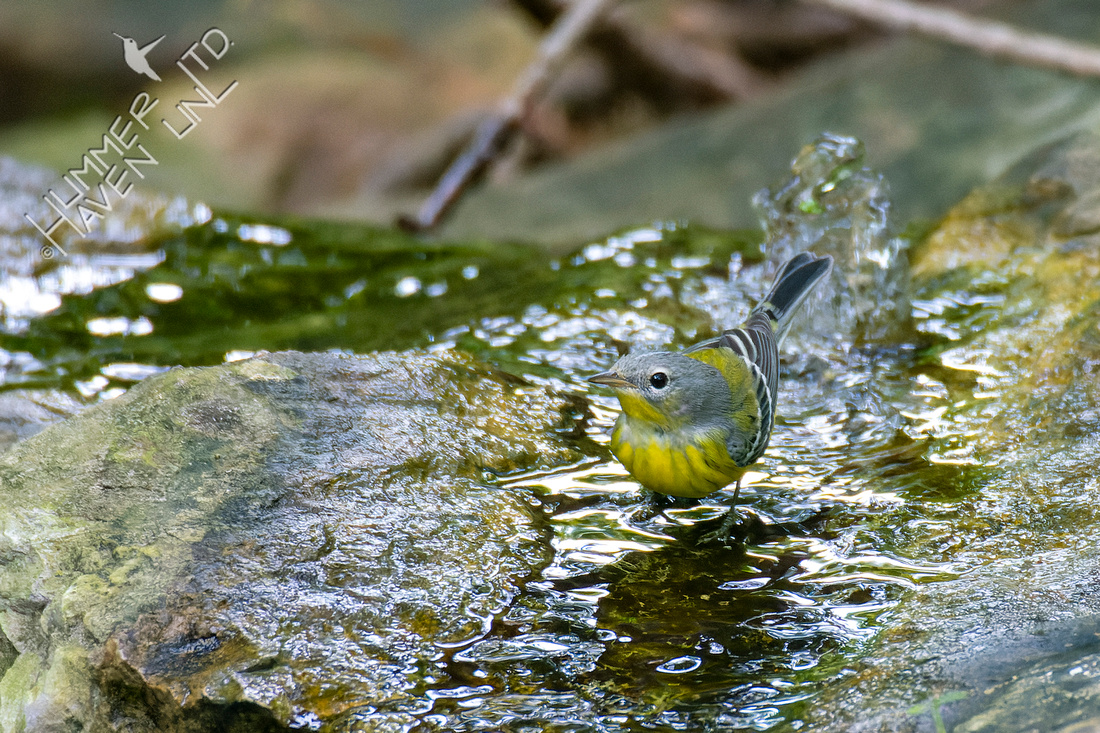 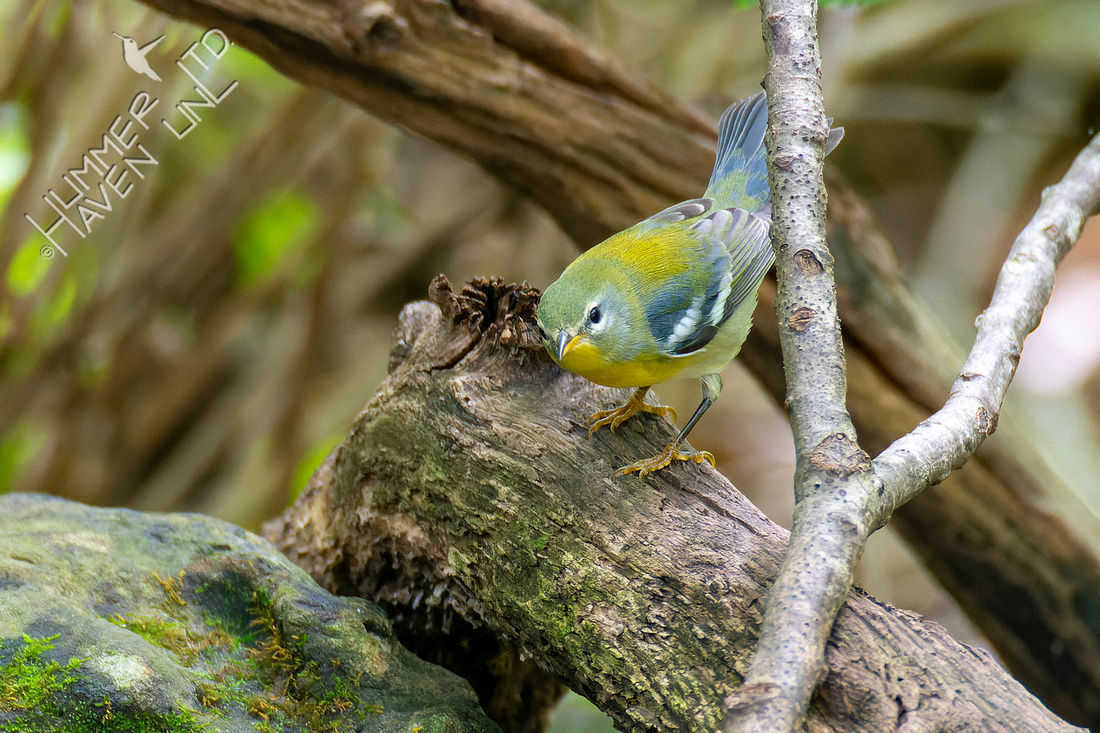 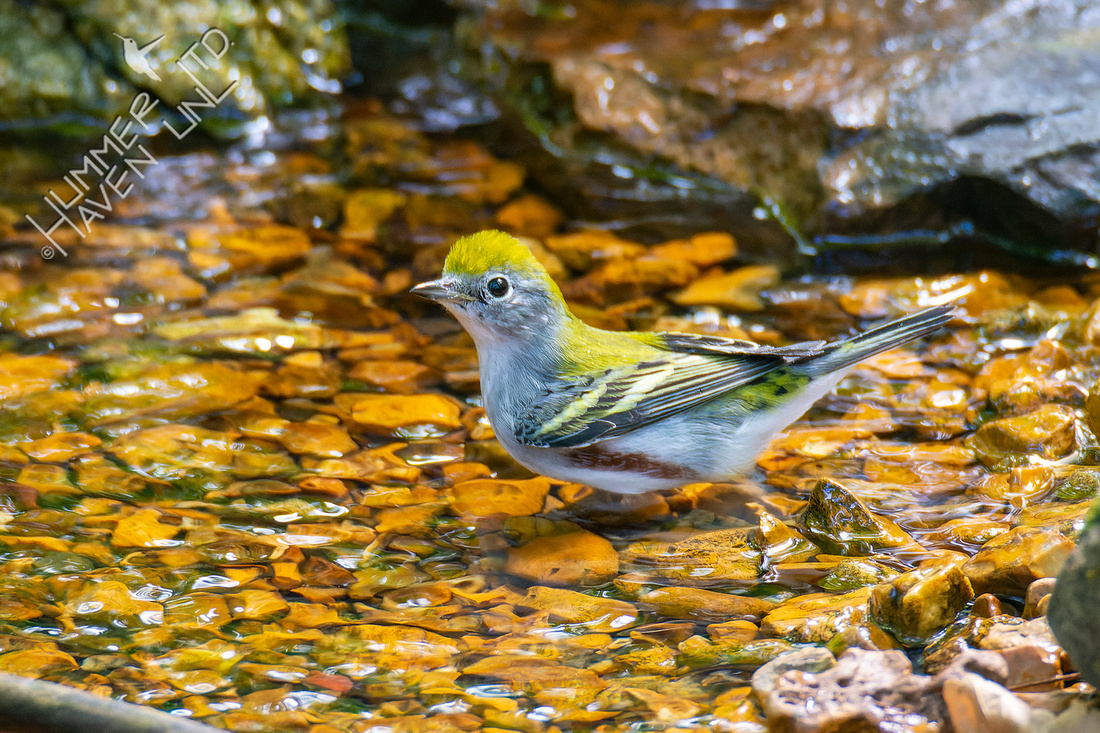 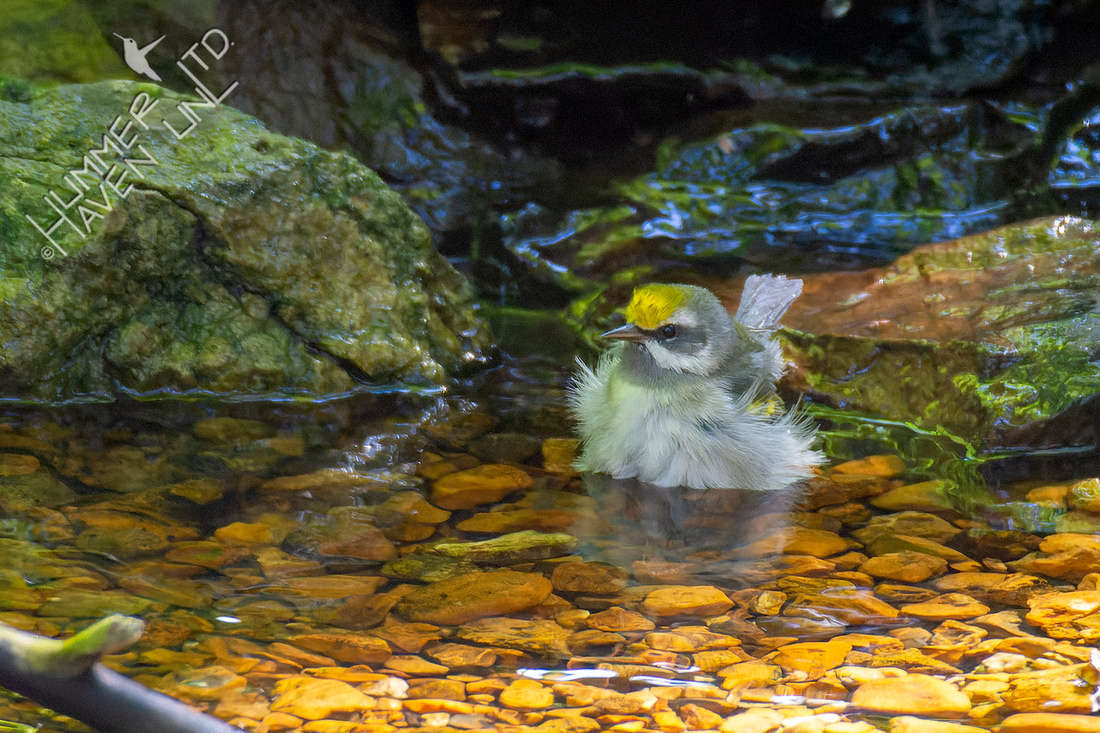 I missed the American Redstart, but was able to catch the Magnolia, Northern Parula and Chestnut-sided. The last warbler was this FOS female Golden-winged. I have yet to see another, very unusual as this species is reliably seen here. It is our most endangered species, and I can only hope they are finding what they need elsewhere. On Friday, 9/23/22, between 10:37 and 10:46 am, multiple birds of nine warbler species came in along with Ruby-crowned Kinglets and Red-eyed Vireos. They were popping in and out like popcorn! 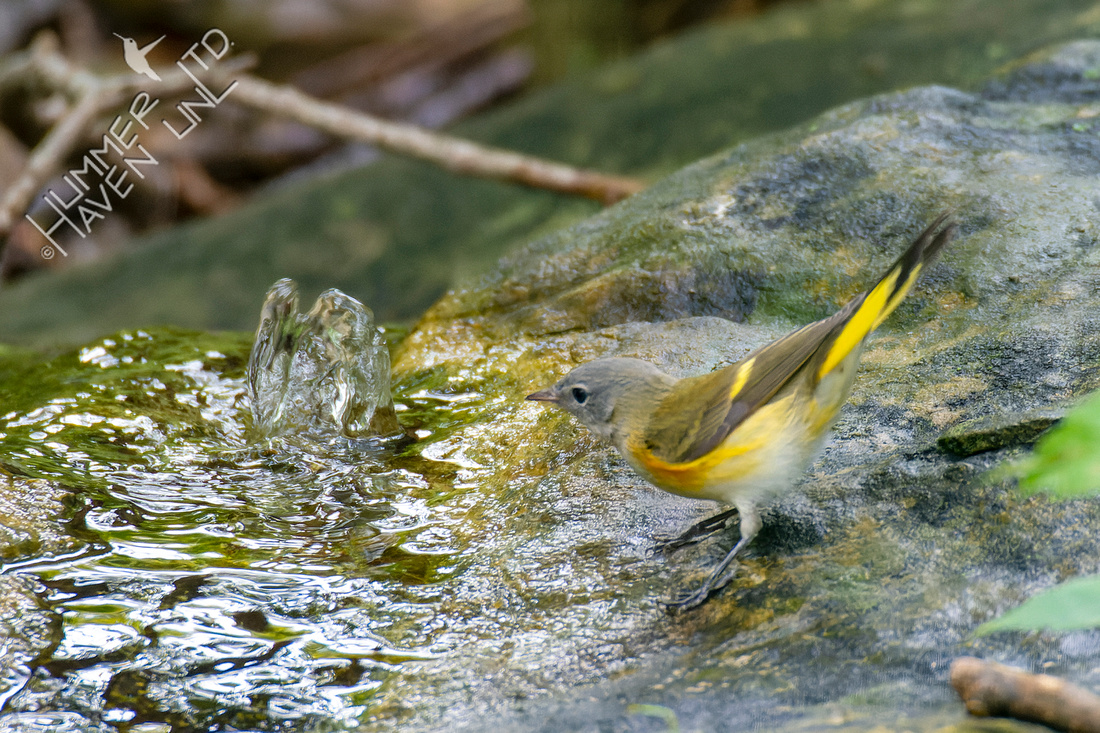 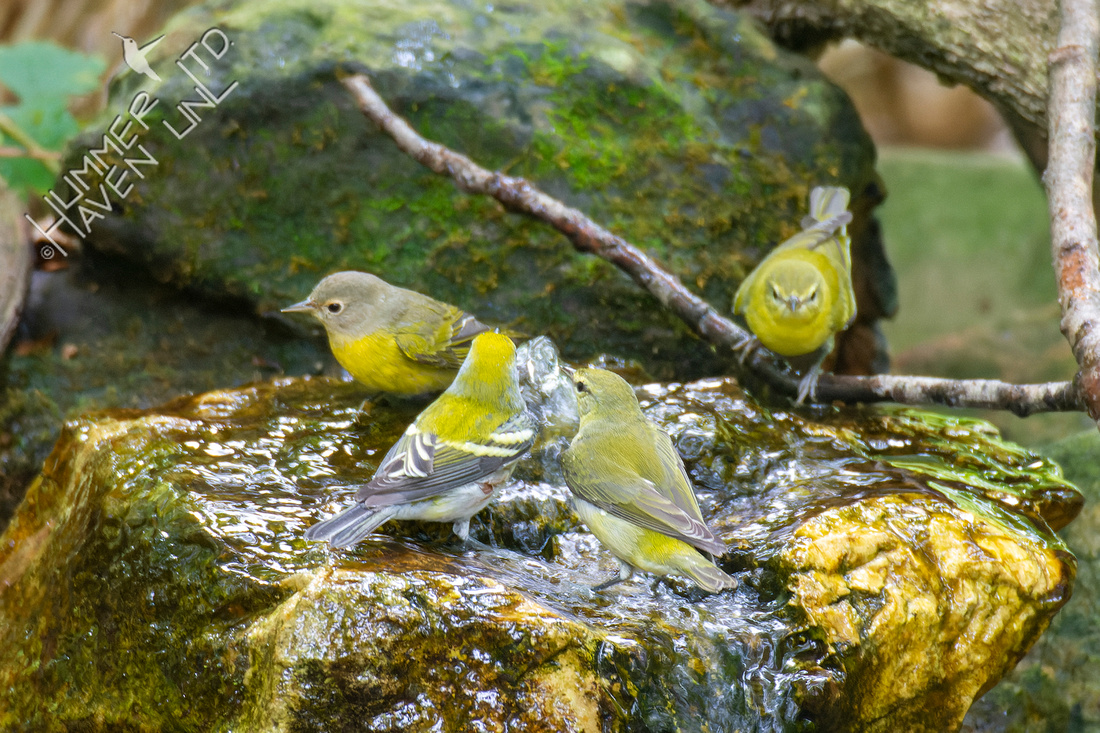 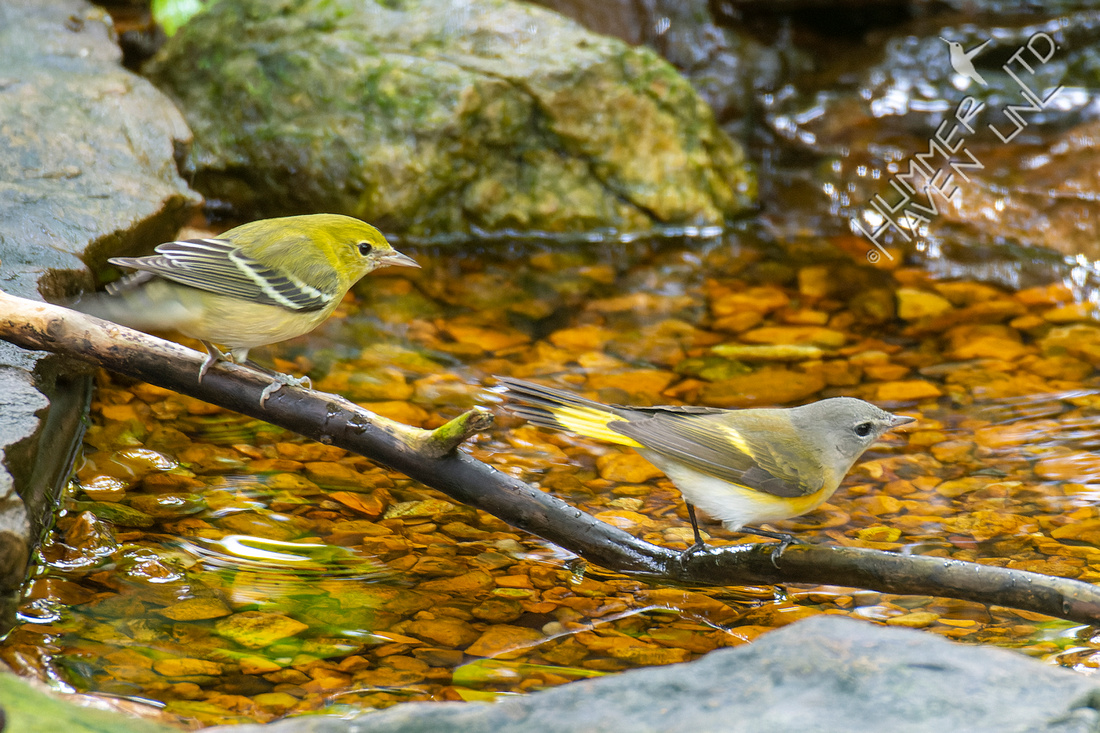 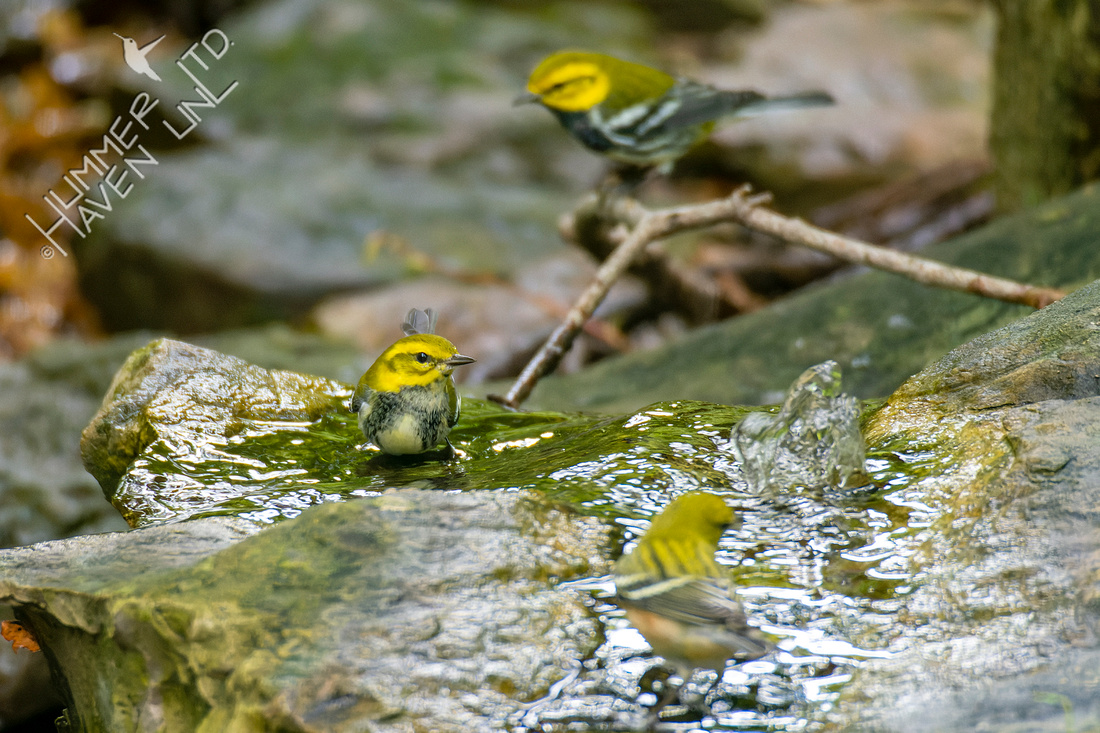 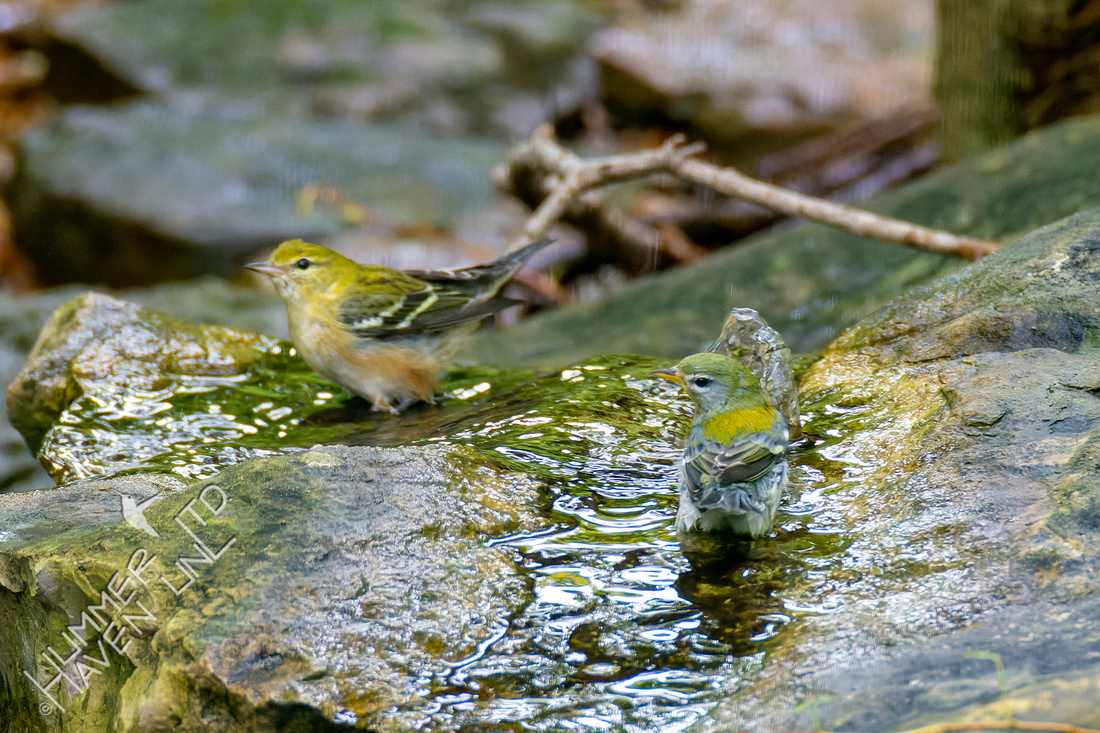 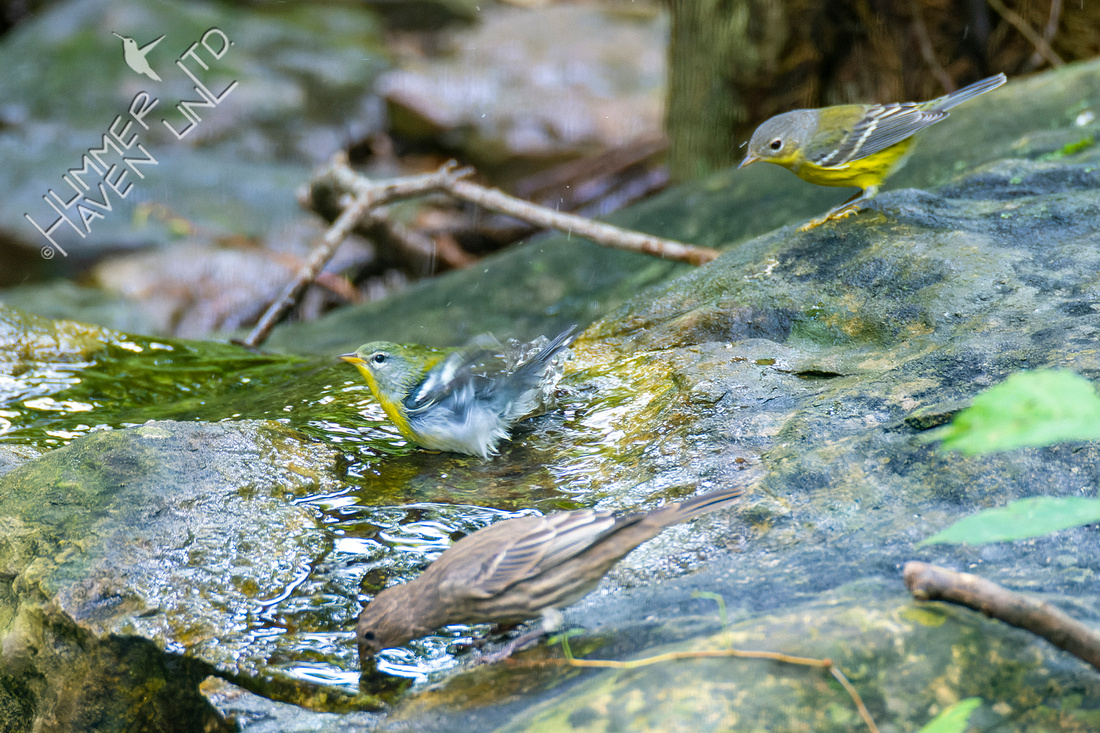 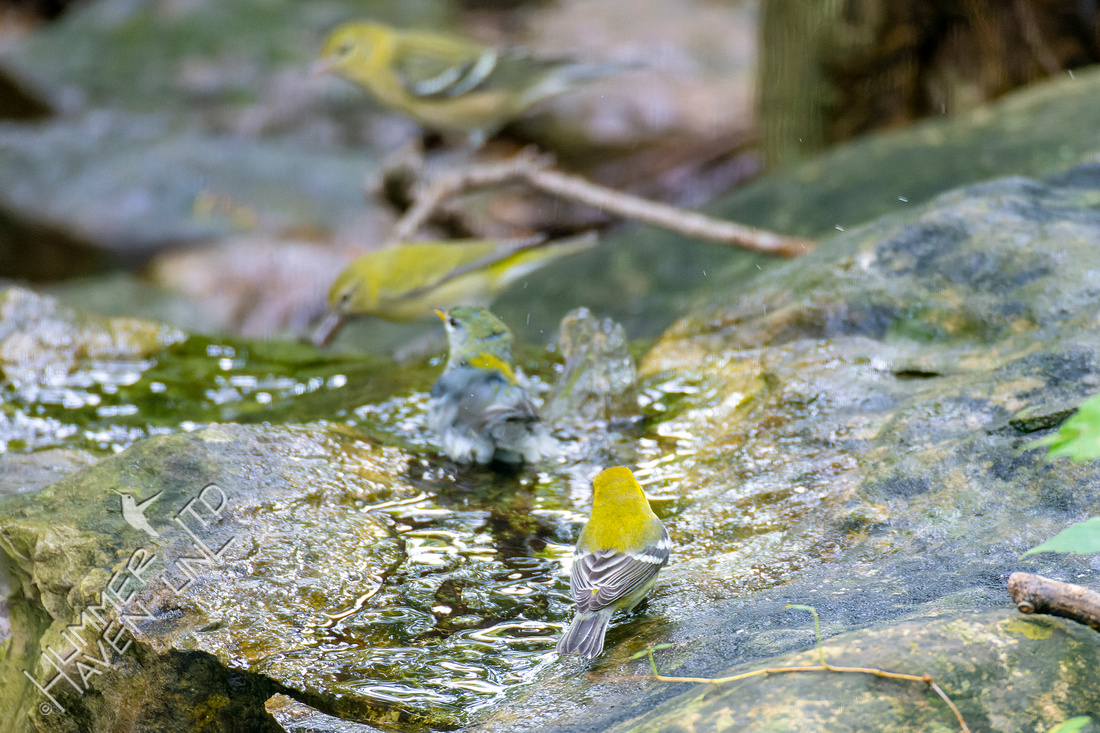 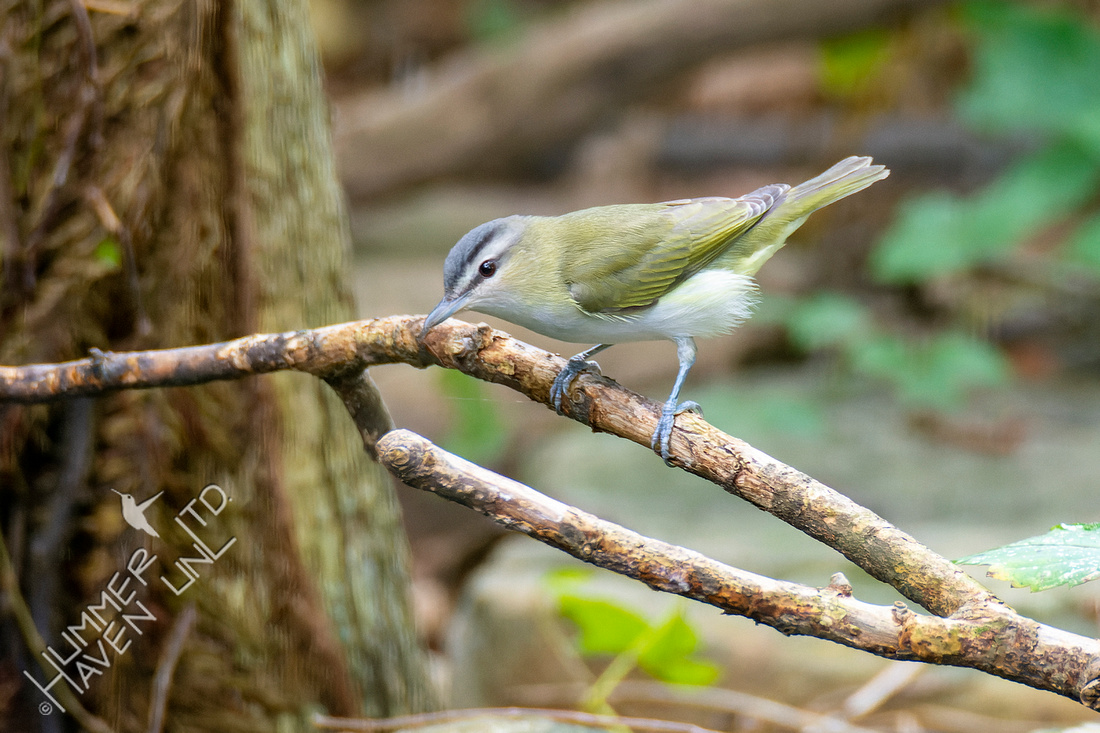 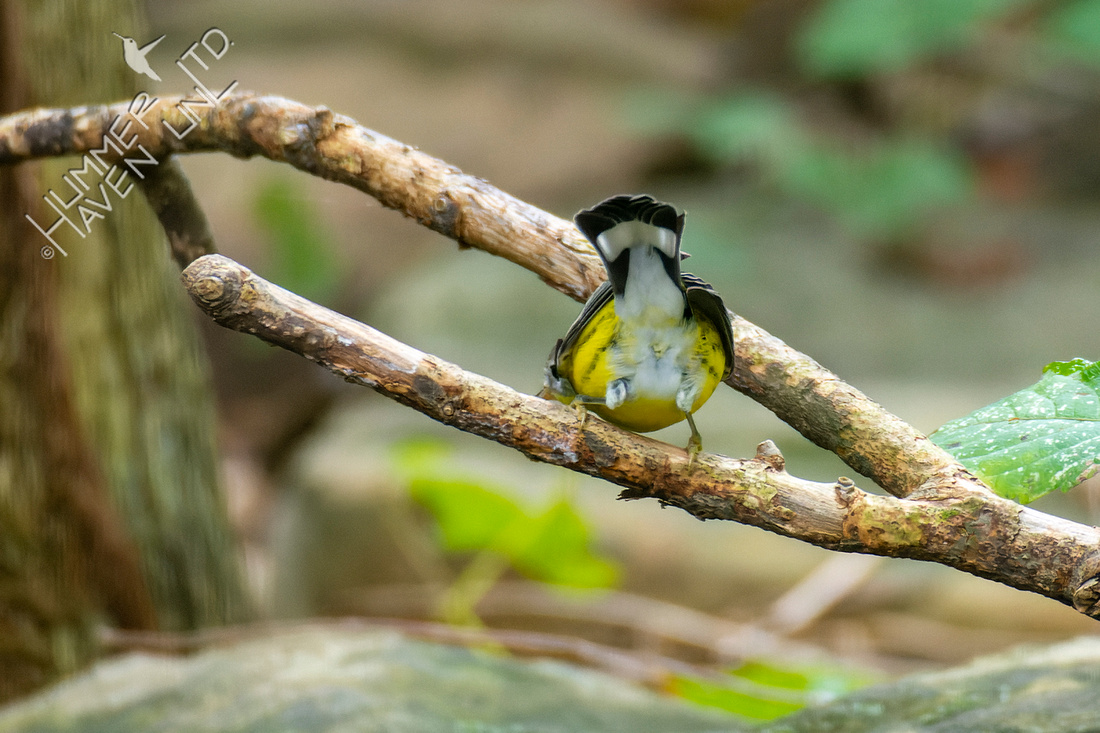 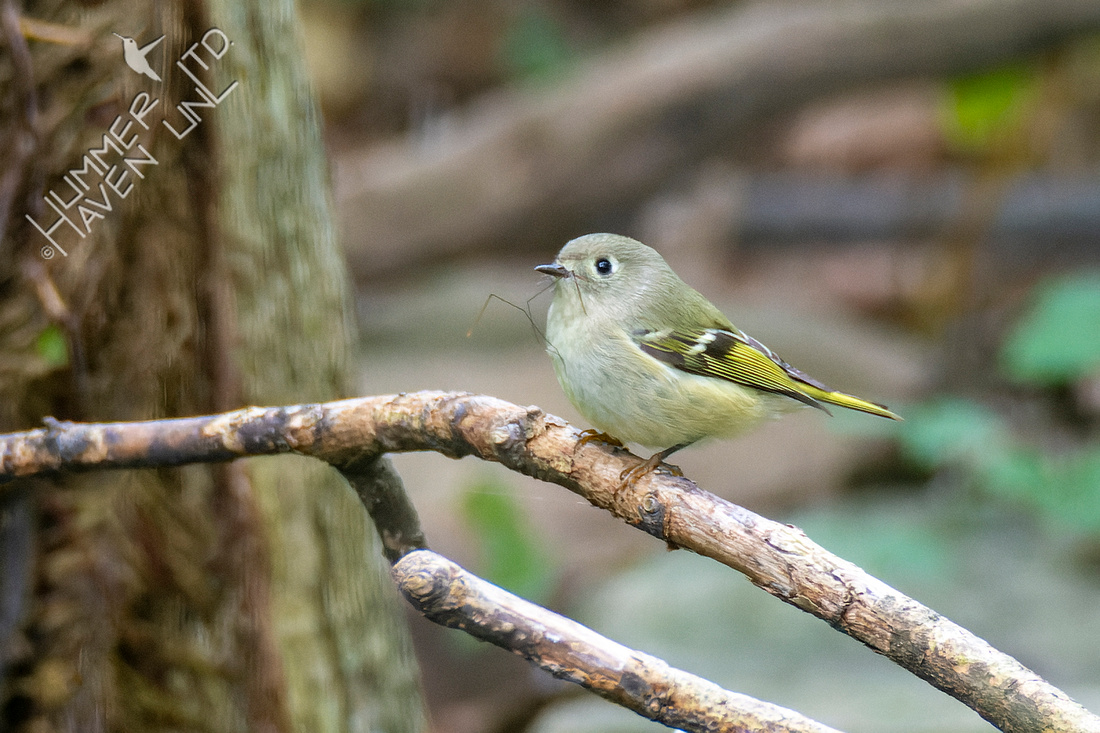 And last but not least, a Ruby-crowned Kinglet with insect legs hanging out of its mouth! Gotta love it! This is what it's all about, nourishing the birds with the insect foods they need by attracting the insects with native plants.

Check back in a few days, I hope to have the last week of September highlights added in by then!