Most migrating birds have moved on to breeding grounds, though species are still coming through!

Species that nest here have stayed in the area.

All of these species need the same things: cover, places to raise young, insect foods and fresh water. 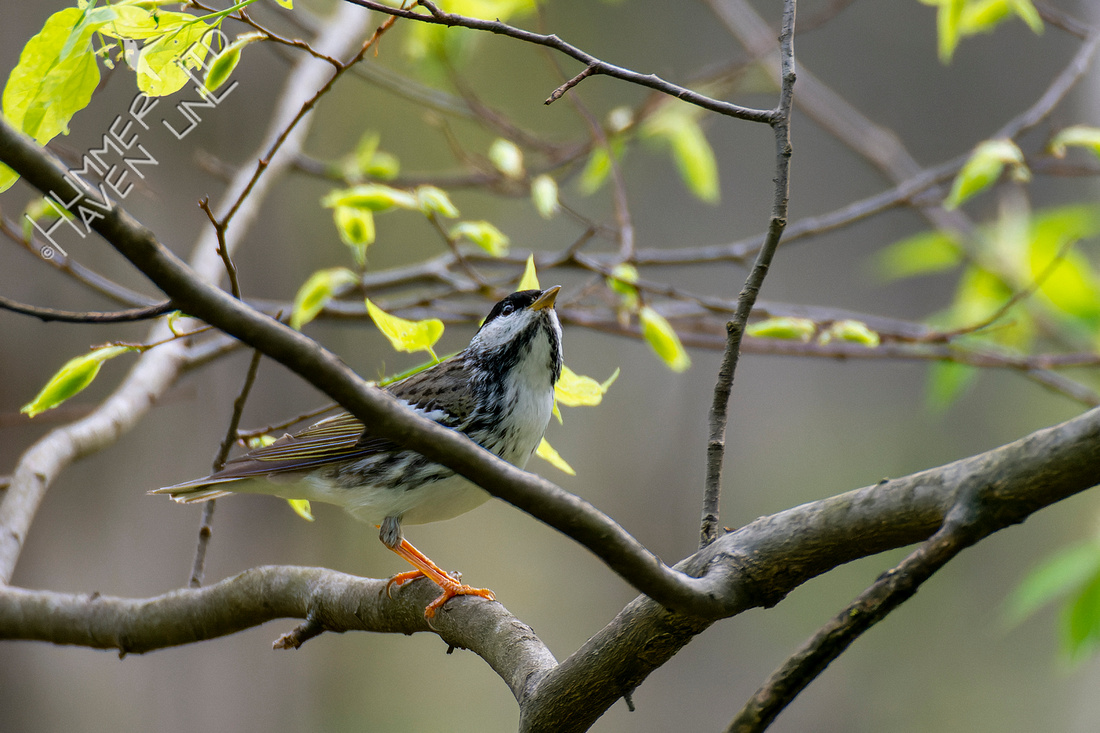 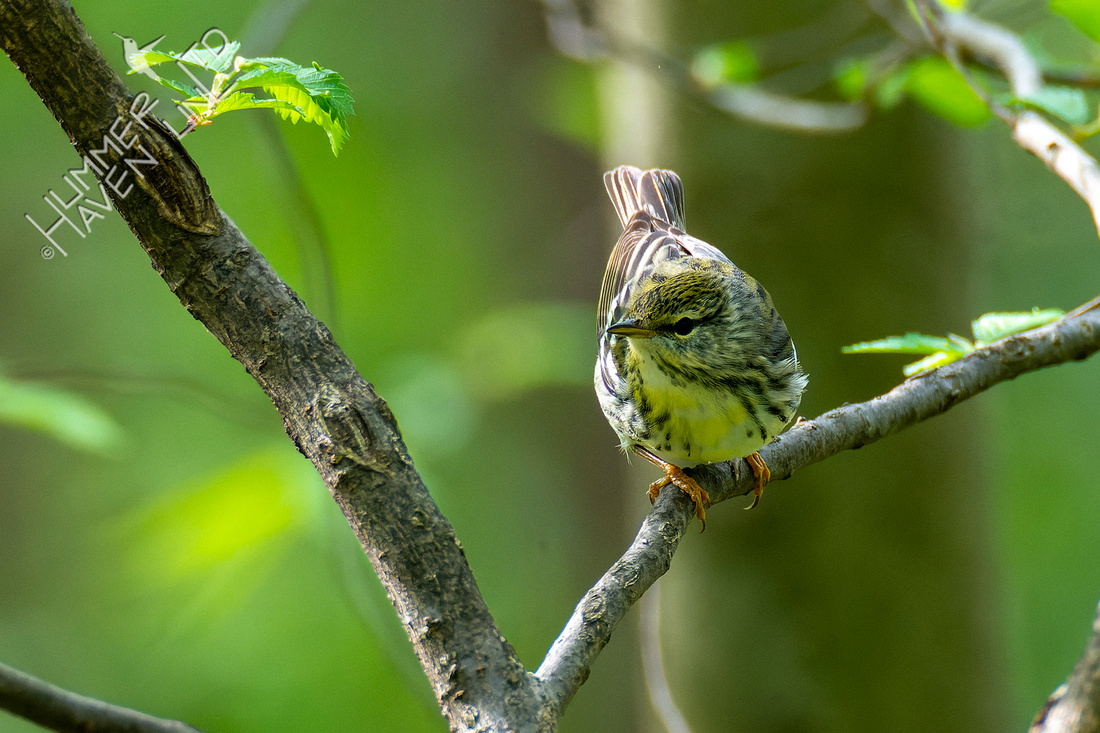 Birdcast had predicted a high influx of birds on Saturday and Sunday nights, 5-7-22 and 5-8-22. Sure enough, Monday, 5-9-22 was my personal 'big day' with 53 species for the day, including 15 warblers. Blackpoll Warblers fly the longest overwater journey of any songbird species - nearly 1,800 miles non-stop over the Atlantic Ocean to their wintering grounds in South America.

This species is rarely seen in the fall in Missouri because of its route over the Atlantic. Birders know they better see it in spring to be sure to get it for the year. However, our yard hosted a young female that took the shorter route and this sighting became the third fall record for Missouri. This event was covered in our very first blog post on October 14, 2013. Time sure flies like the birds! 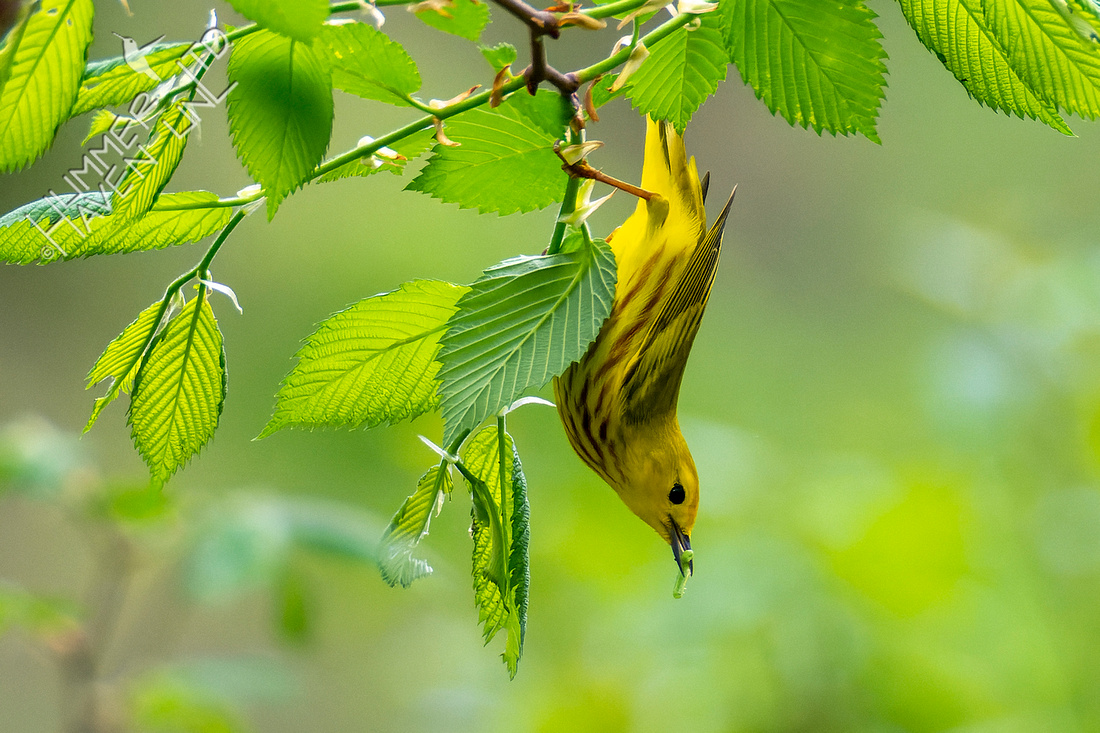 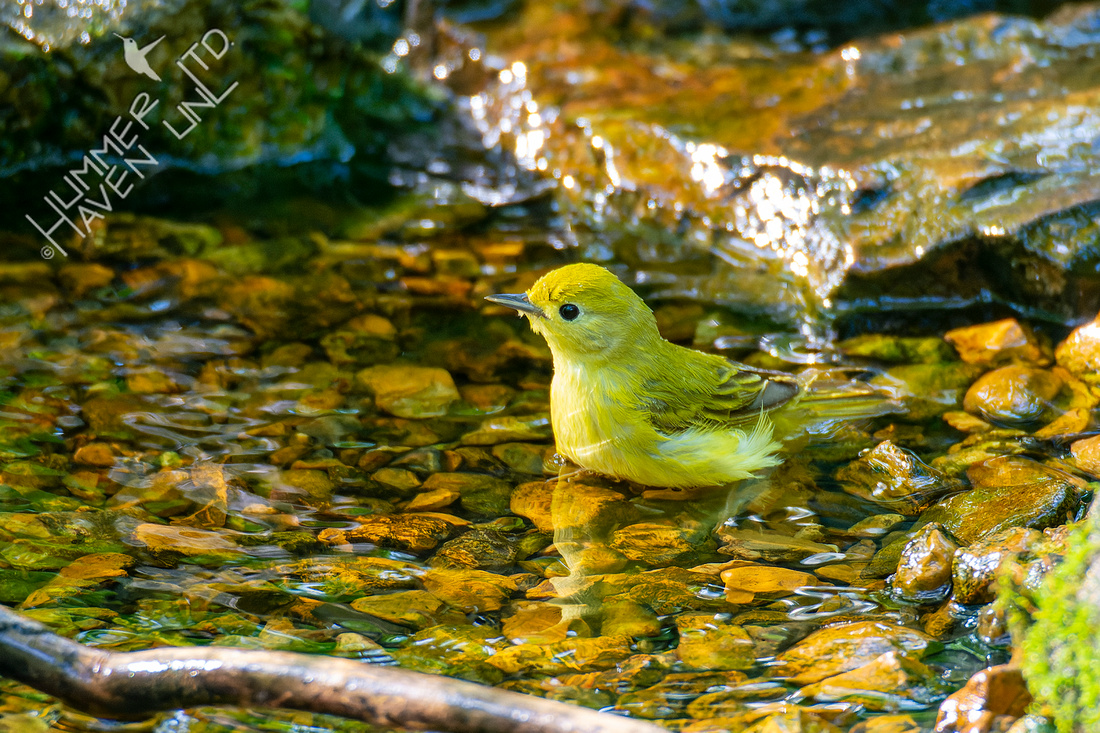 Yellow Warblers have been seen here more this year than ever before. They nest over much of North America, including in Missouri, and prefer habitats like wet woods or areas with trees like willows near streams. That's where they'll find the most insect foods. See if you agree that their song says, "sweet, sweet, sweet, I'm so sweet!" It's an easy one to learn.

Years ago, I was determined to learn bird songs. It was a struggle to begin, but slowly, they started to stick. Start with the birds you hear every day, then prepare over the winter for the deluge of new birds that arrive with migration. It's still a struggle, but there's a FREE app for that!

Merlin is another tool to add to your toolbox, so to speak. We still need to use our own ears and eyes to confirm the songs recorded. But this app has improved tremendously since it was first introduced, and it's fun to help you be aware of the birds around you. 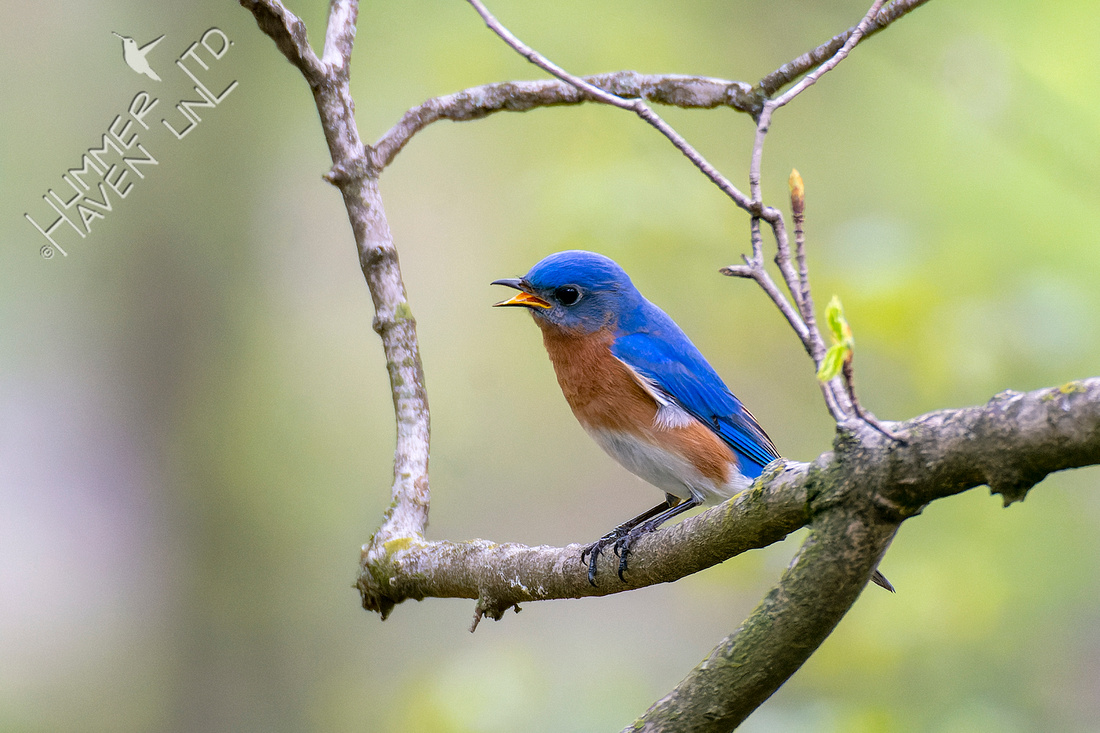 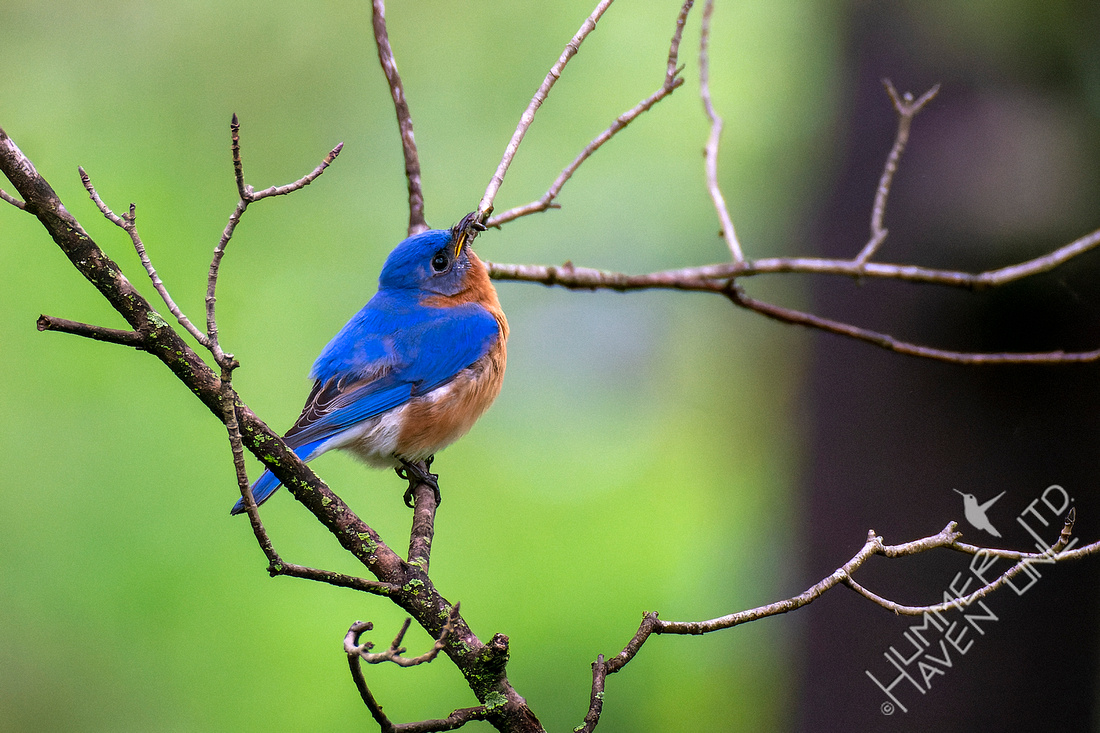 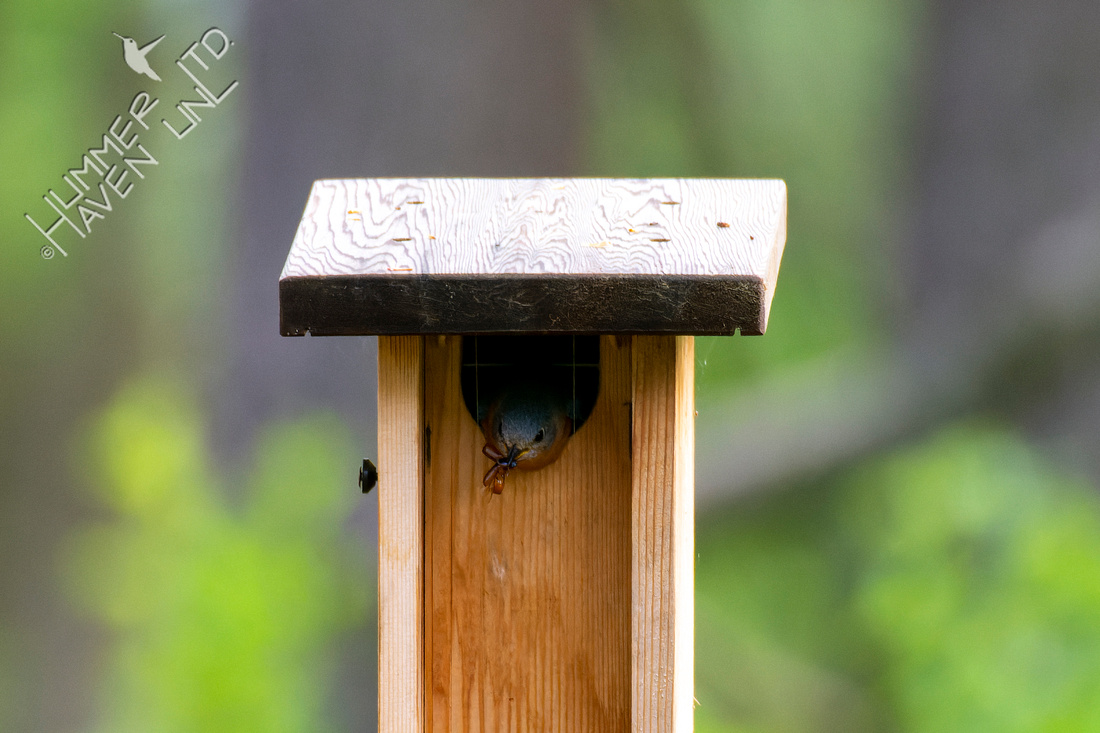 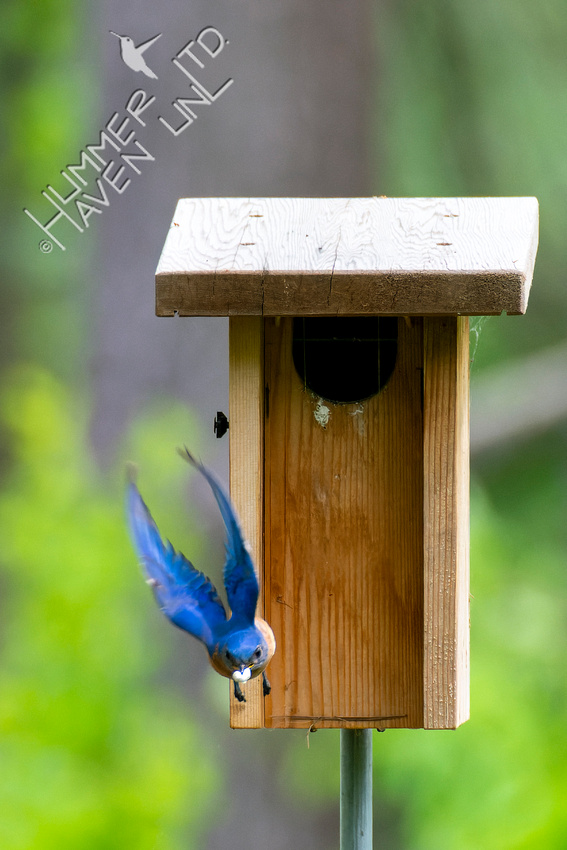 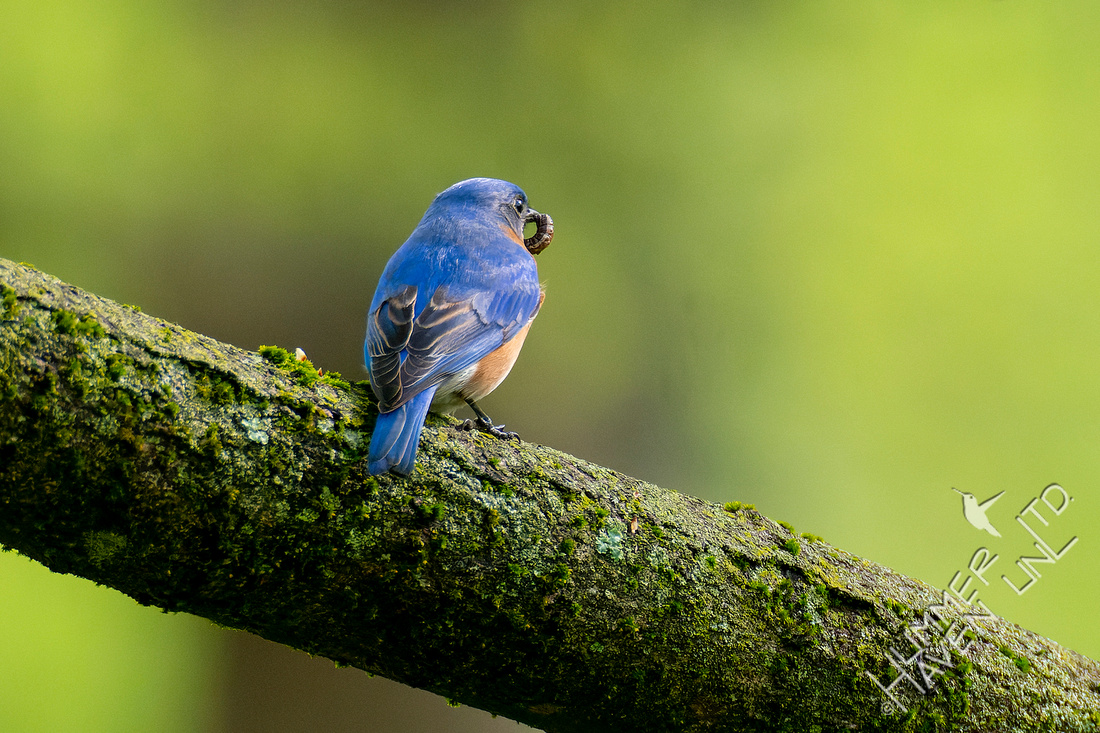 This spring we had our first nesting pair of Eastern Bluebirds. They managed beautifully and were attentive to their feeding and housekeeping duties. The male is shown with a fecal sac which was carried far from the nest site. On 5-12-22, it was time for the young birds to fledge. Once they leave the nest box, they will not return. It's a day when everyone is nervous and excited! 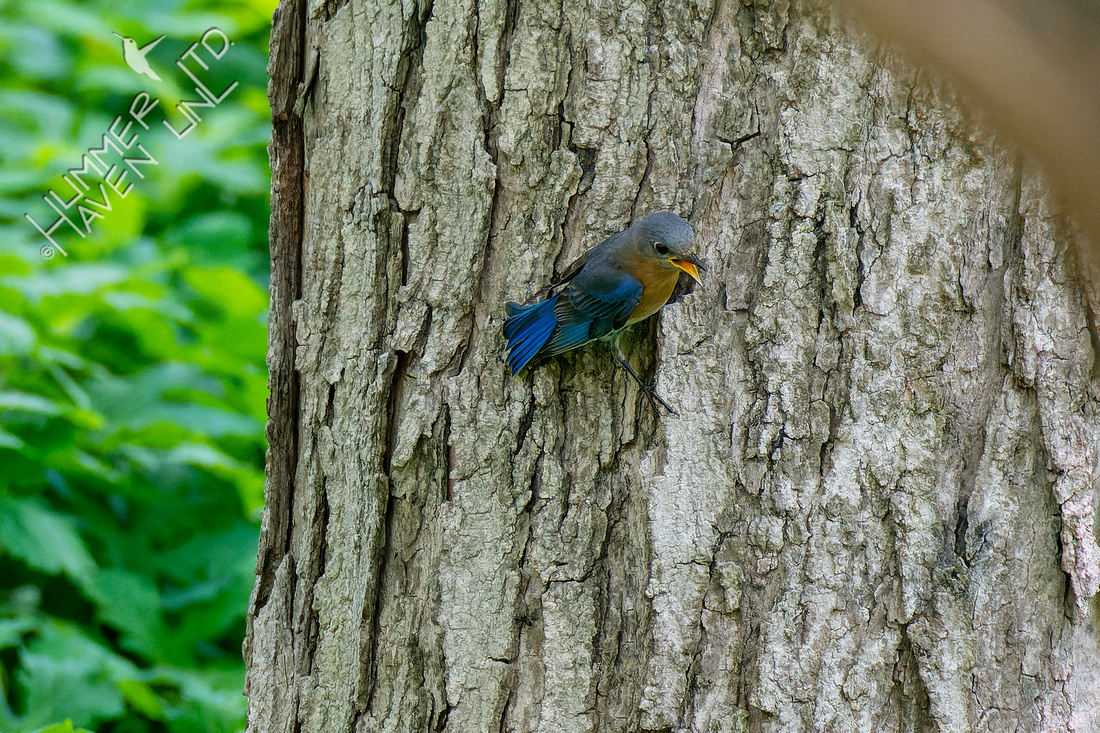 One by one, they left the box. The female was calling to them. I could imagine something like, "Keep your heads down! Watch out for those big birds! Stay low!" One fledgling managed to fly up into a spice bush (Lindera benzoin). Well-camouflaged, it waited for an adult to bring more food. How all five of those little birds managed to have room to exercise their wings before their entrance into the big wide world, I'll never know! The male returned once to the box on 5-29-22 and called a few times, then flew. According to my sources, that would have been the earliest day to begin a new nest, seventeen days after fledgling. Maybe this is their first brood and they're taking a well-earned break! Will keep you posted. 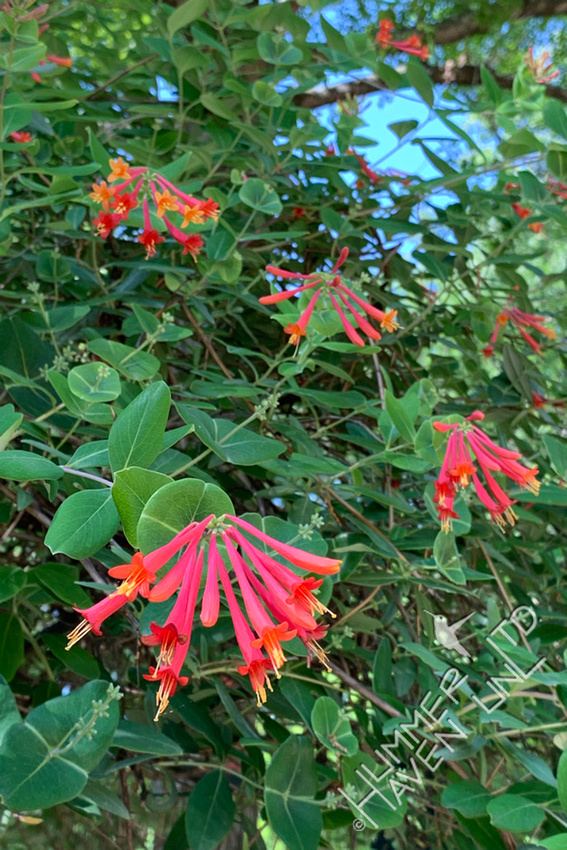 While I was weeding in front one day, I heard the familiar buzzing of a hummingbird flying by. I looked up to see it enjoying the sweet nectar of the Coral Trumpet Honeysuckle (Lonicera sempervirens). Those of you who have this plant must enjoy their visits, too. It's a bit more gratifying to see them at a natural food source that you've planted and nurtured! 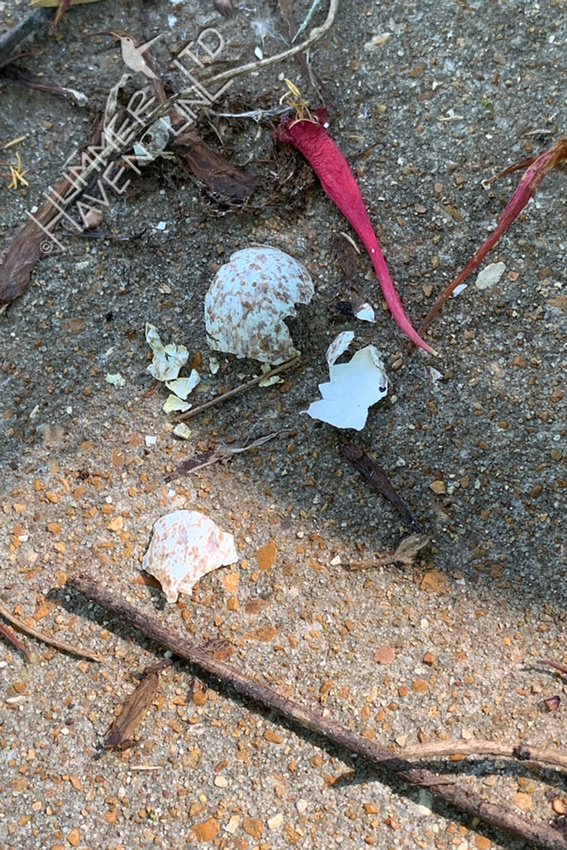 As I worked up the front walk, I saw a broken egg shell from a Northern Cardinal's nest. Were the young just hatching? I had been so busy watching birds in back that I had missed this nest being built! The female and male scolded me for getting too close. So, no more weeding will be done in that area for a while! Minimal disturbance, that's our motto here. 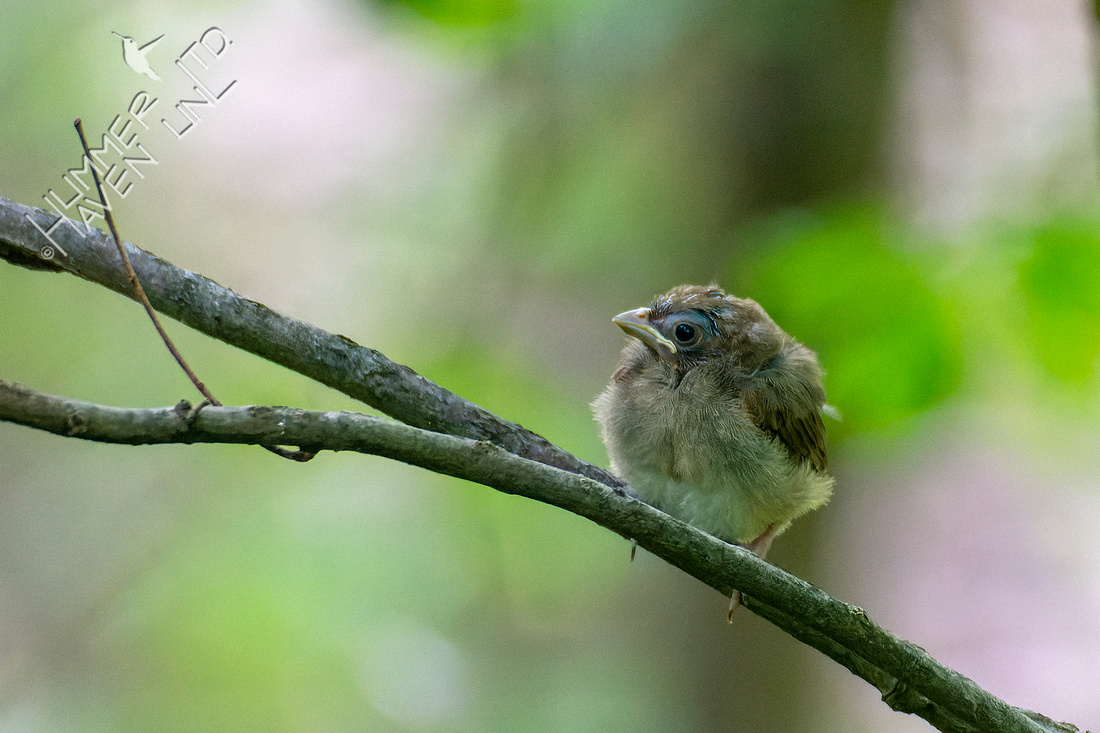 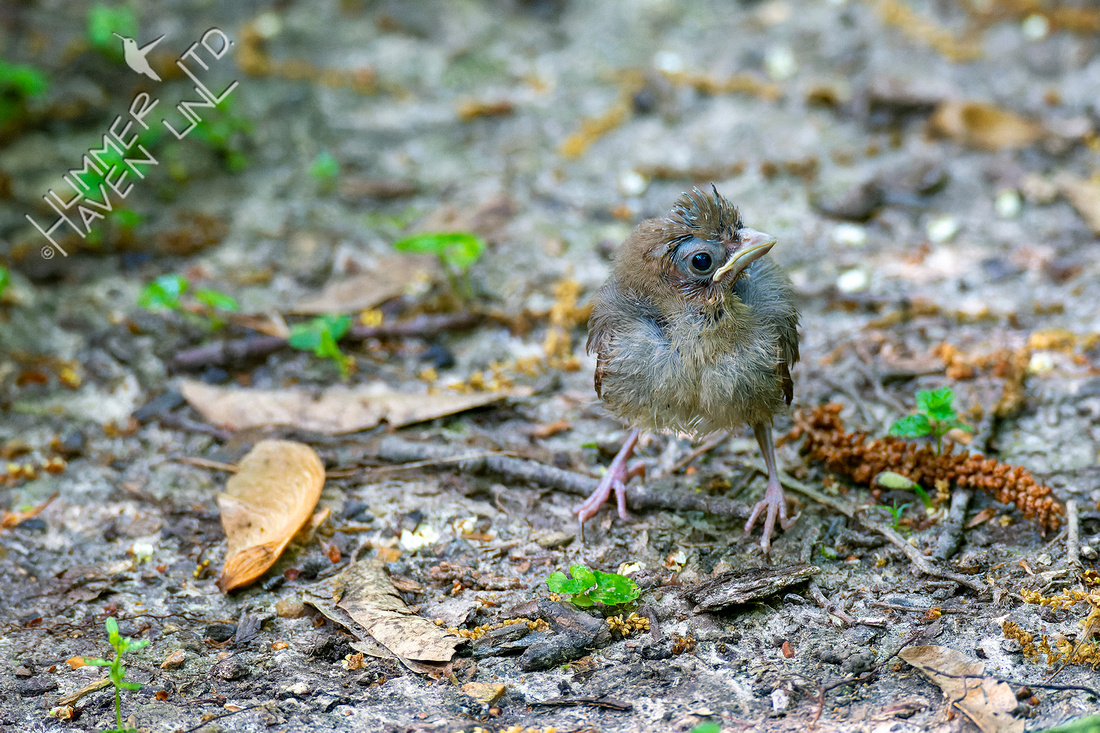 There are at least two other pairs of Northern Cardinals that have young. One nest is in the other Coral Trumpet vine that has been around much longer with more cover. The other nest, well, I'm not sure where it is, but the adults bring their young to the bubbler area and have me babysit while they look for food!

Back in February, 2011, I had the first opportunity to meet Doug Tallamy, mentor and author of Bringing Nature Home, Nature's Best Hope and The Nature of Oaks. I couldn't wait to tell him all the work we had been doing to create habitat and how many birds we had seen in our yard. Then, he zinged me with, "Yes, but how many nesters do you have?" "Oh, um, not sure..have to think about that," was my weak reply. Since my awareness has been raised, we've both learned what we need to do to make our yard more receptive to nesting species. Below is our current count of 34 native species. Now, perhaps I stretch this a bit because the birds may be nesting in a tree across the street or two doors away. However, these species are foraging here or coming into our yard with young and feeding them here. Oh, how I wish we had 100 acres sometimes! At this point in our lives, that is not feasible. I share ideas with all of you to compensate for that. Each of us can do more to support breeding birds and migrants and help bring back the birds, bees, butterflies and more.

Learn more about Doug Tallamy's books and his big idea, Homegrown National Park and get on the map, too!