Though we have had Red-winged Blackbirds this year, we had never seen so many before! The scouts must have brought in the

flock of 45-60 birds. Since these are a wetland species, it makes sense that they were attracted to our yard. 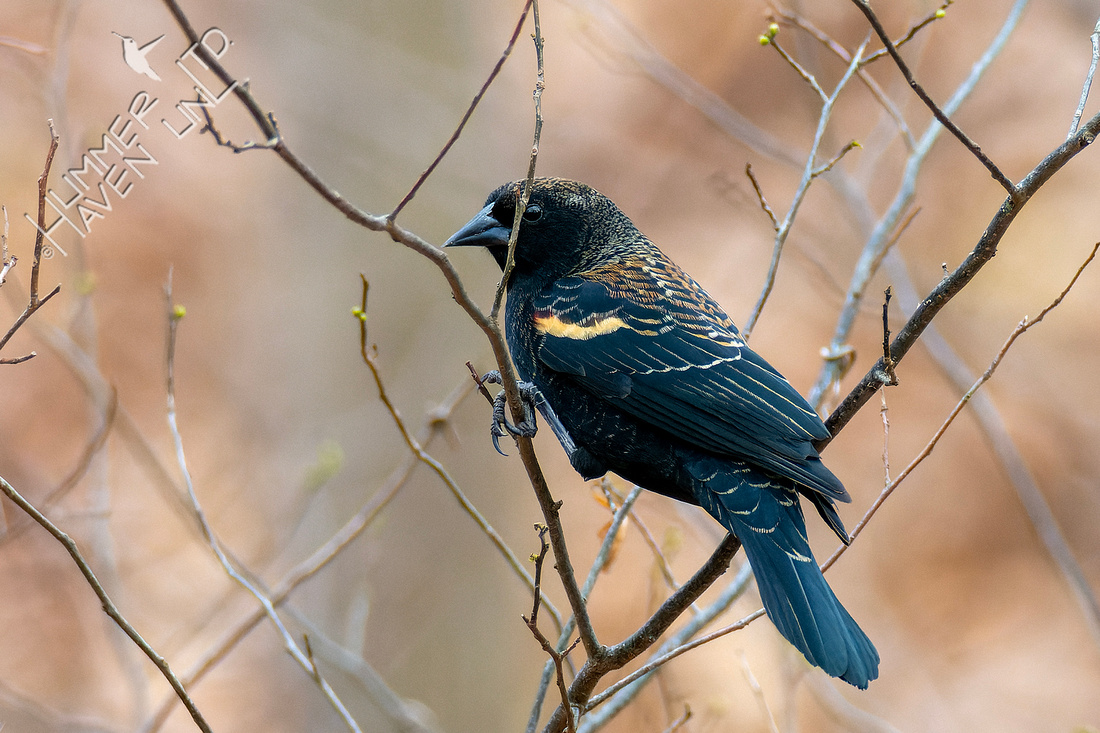 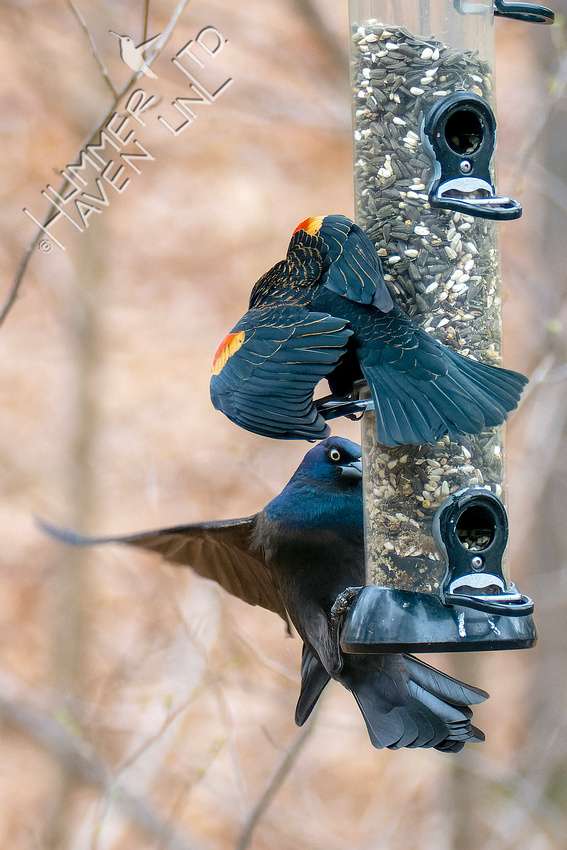 A Red-winged Blackbird flared its red epaulets, appearing larger in its attempt to keep a Common Grackle off the feeder. 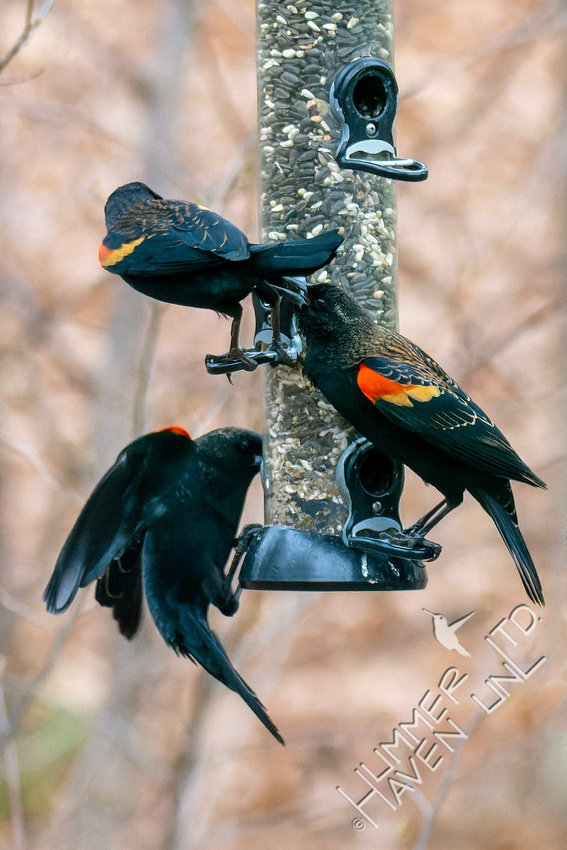 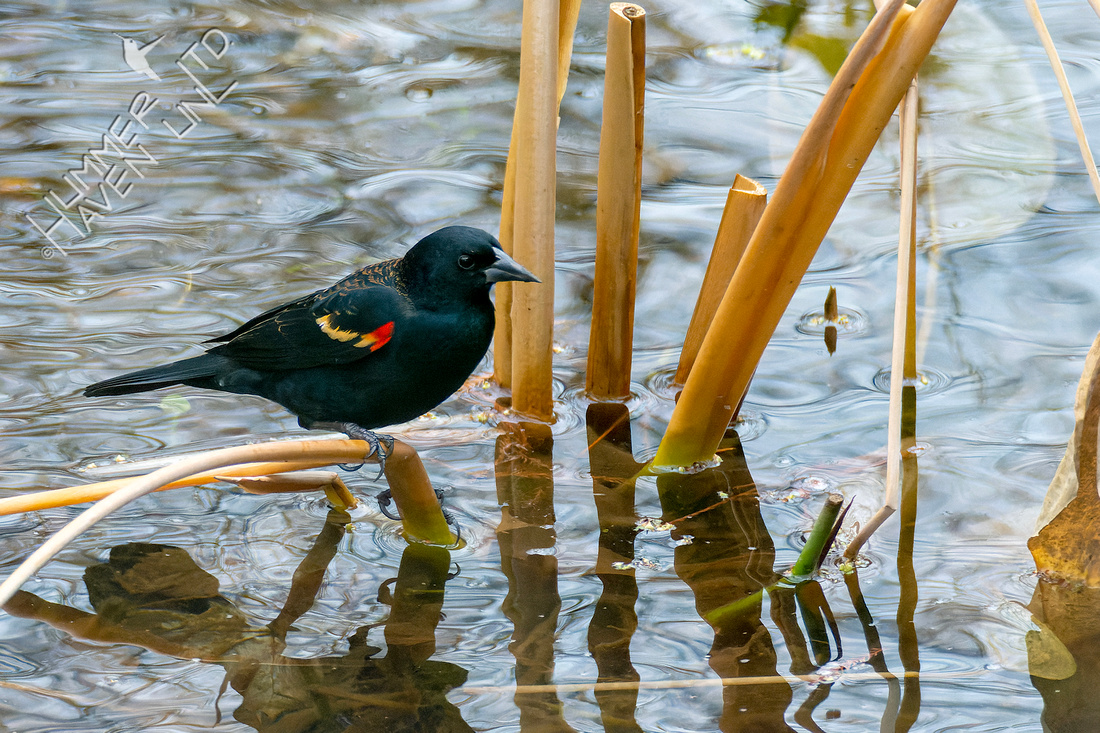 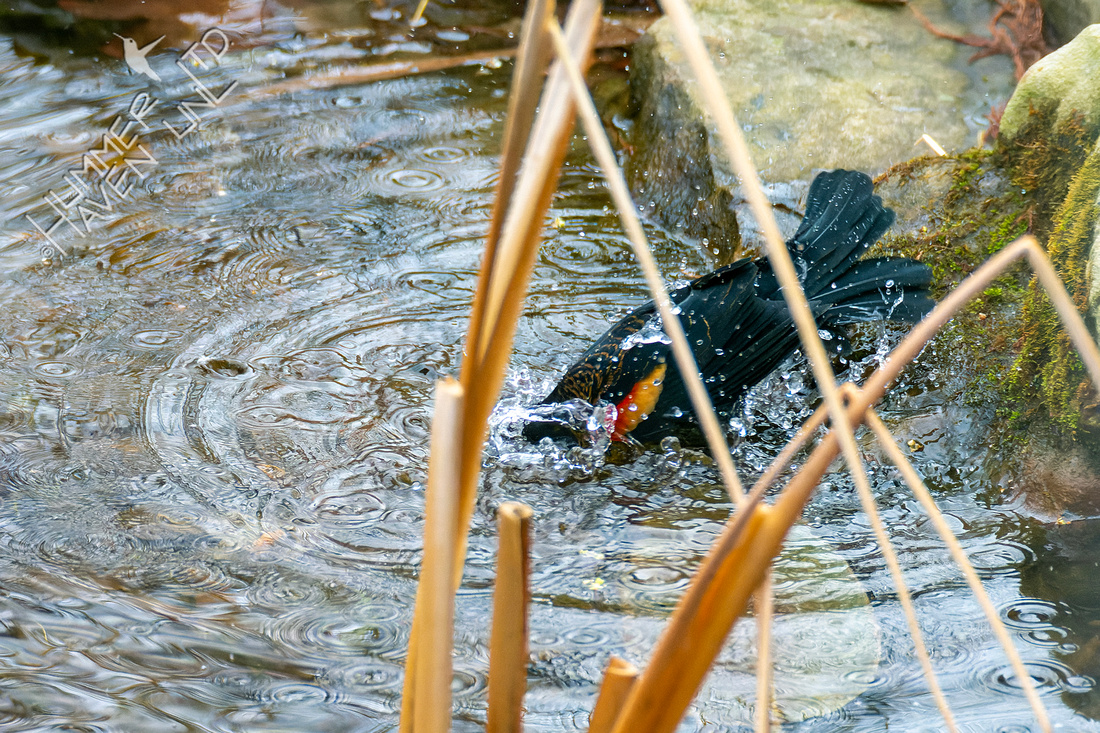 A male looked perfectly at home perched on the hardy water canna (Thalia dealbata) before bathing near the pond's edge. 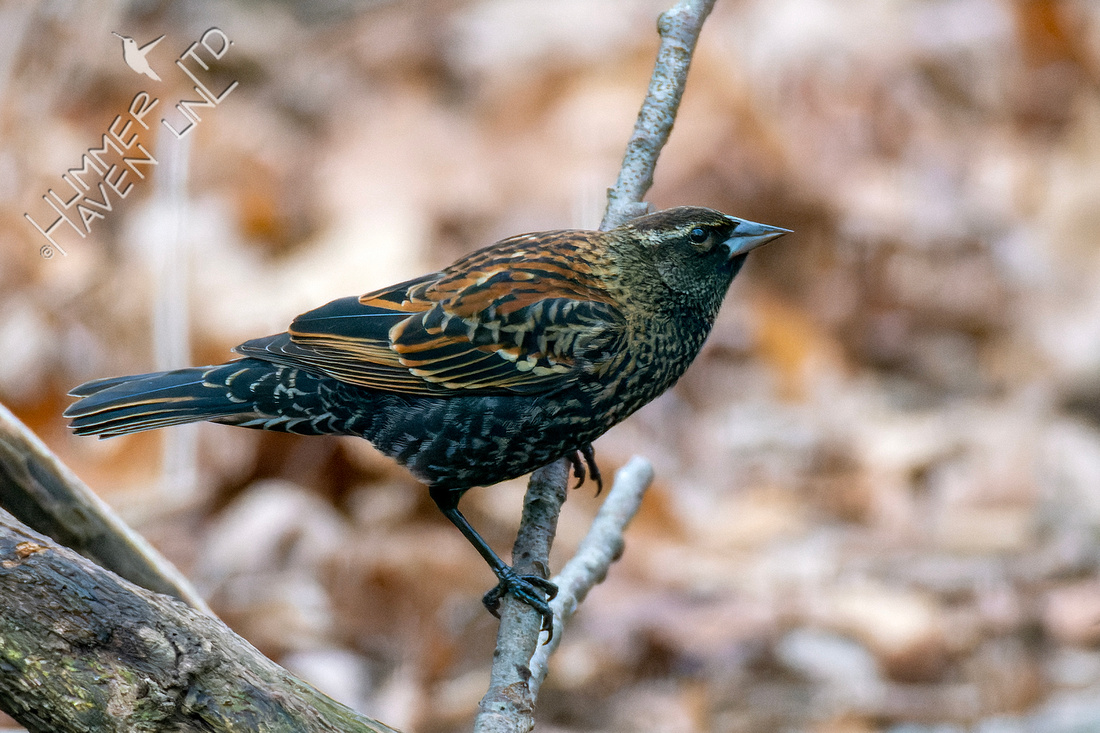 A female Red-winged Blackbird has the light eye-line, and beautiful speckled pattern with warm brown feathers on its back. 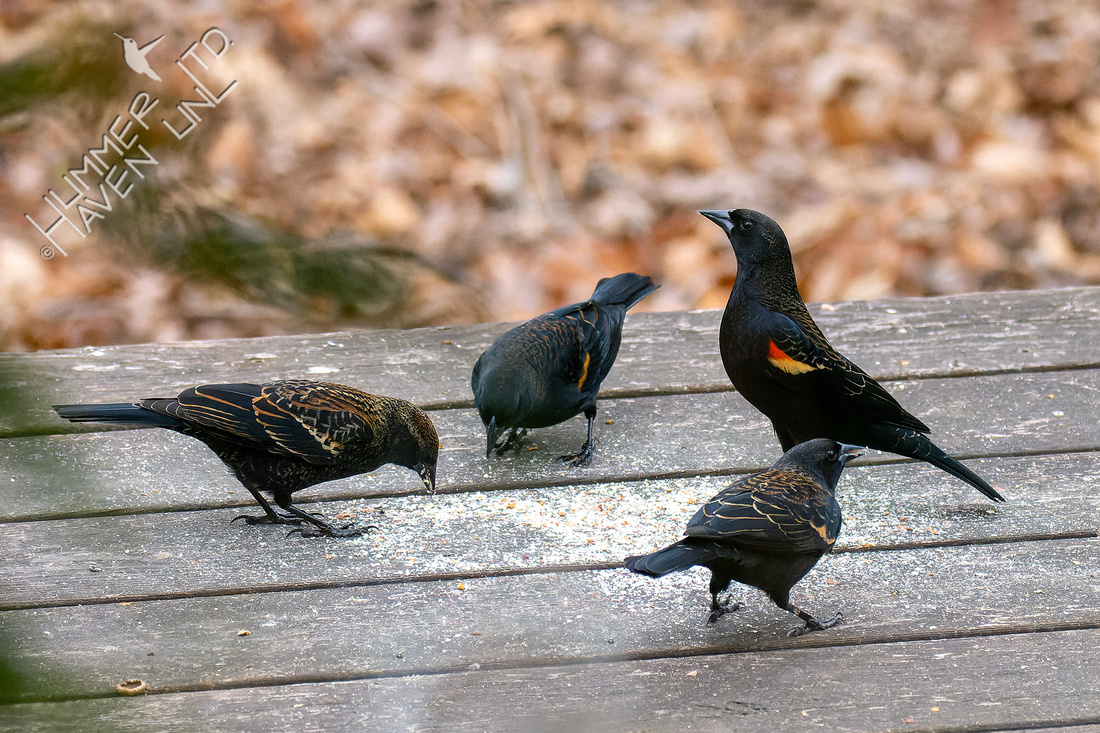 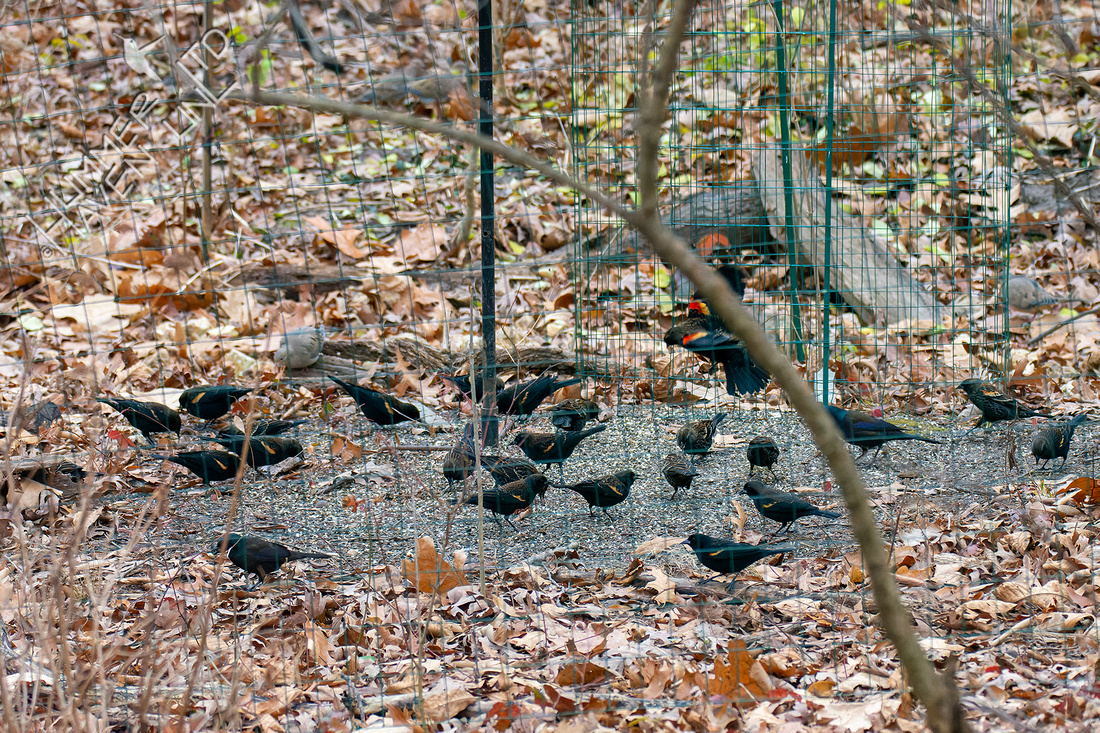 The flock included a few Common Grackles and European Starlings, but I could only find one grackle in the photo above. 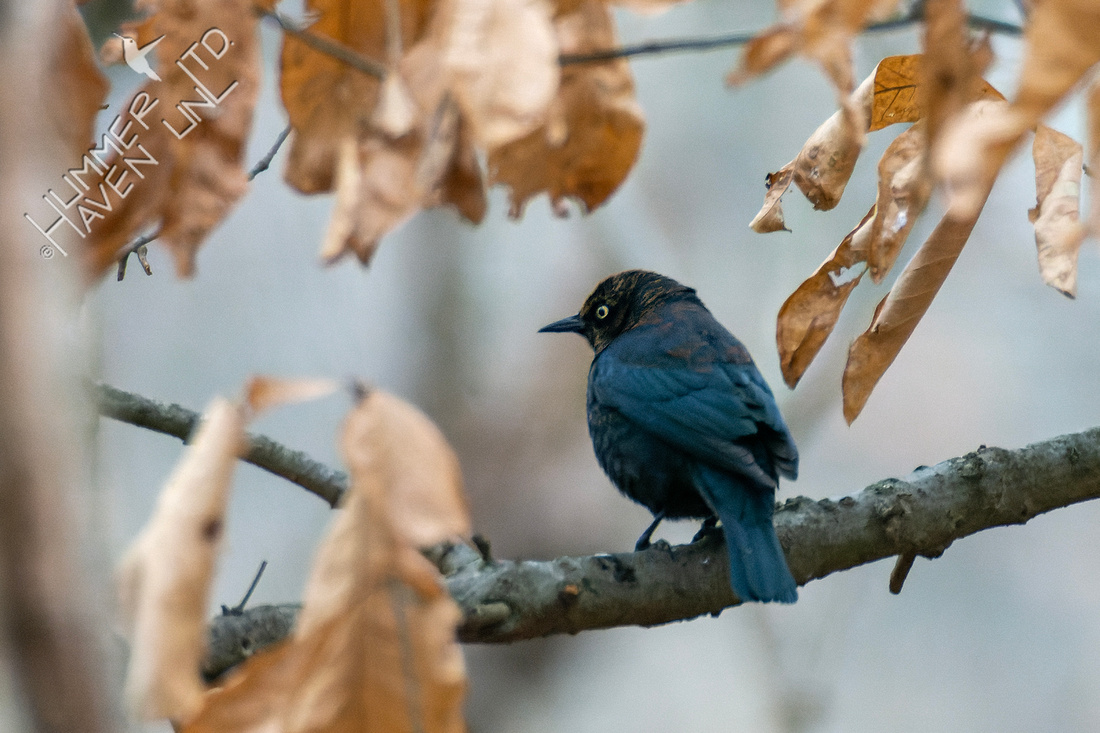 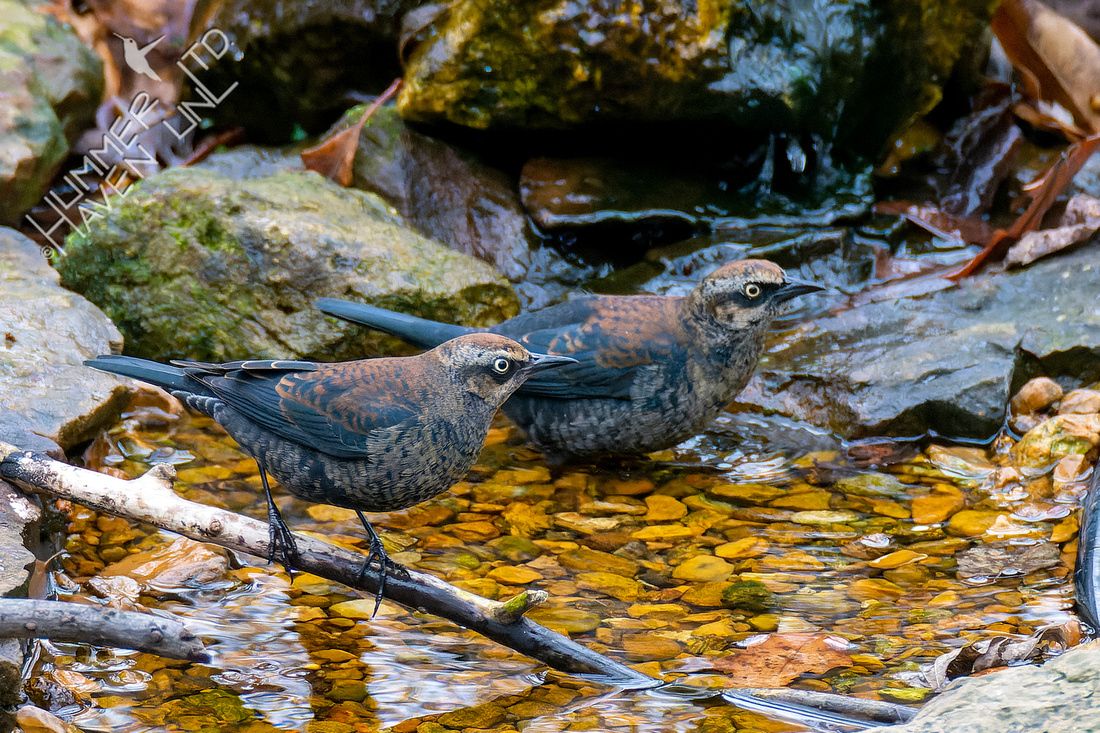 Look closely, these are our FOS Rusty Blackbirds. Three came in with the mix of blackbirds. So similar to the Red-wings, but they have no red patch on the wing. These tend to march along the ground and don't spook and fly up as easily. A good pair of binoculars really helps to pick out details on these different birds. (Check out the helpful link at the end of the blog post.) 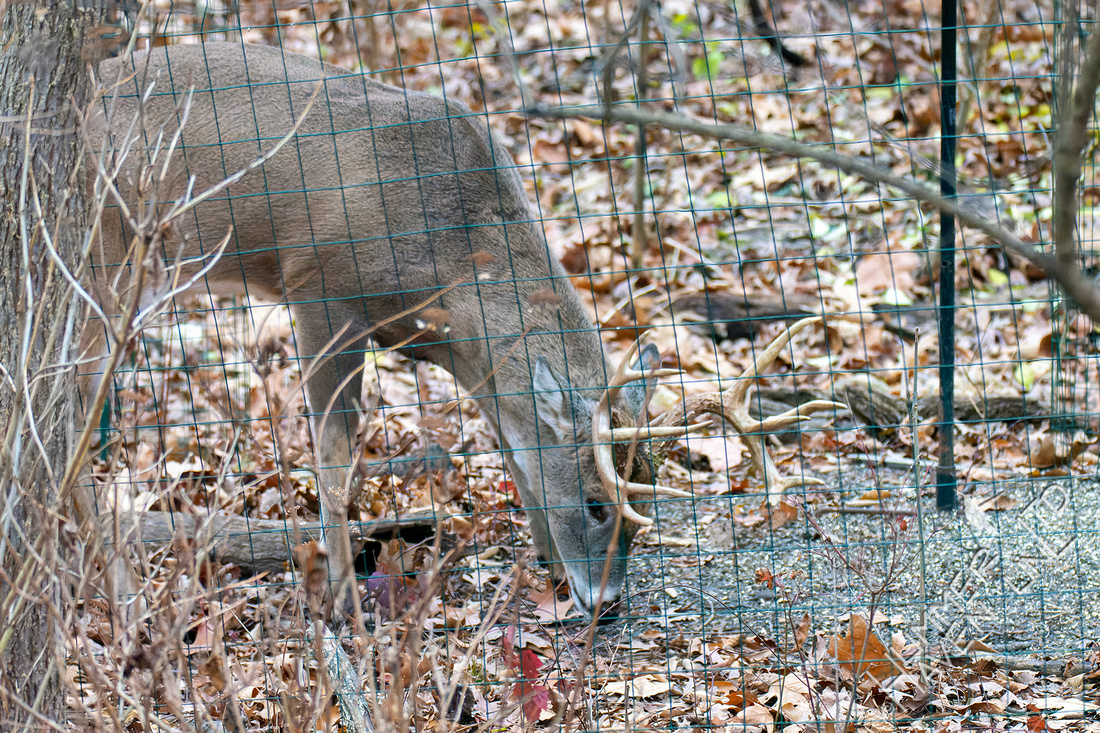 The next morning, I had filled the feeders and come back  inside when I turned and saw this 12-point buck where I had just been. Then, I saw 'his' doe in the honeysuckle patch in the neighbor's yard. Well, that was close! 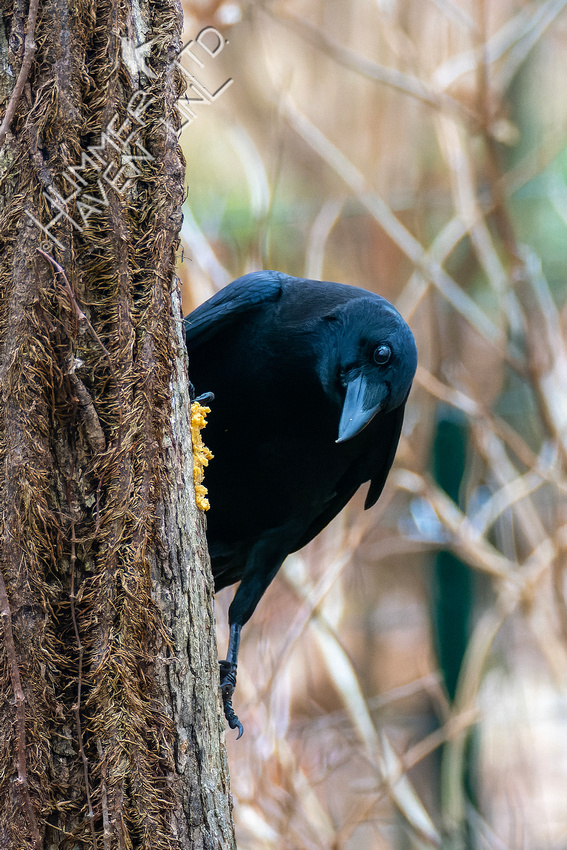 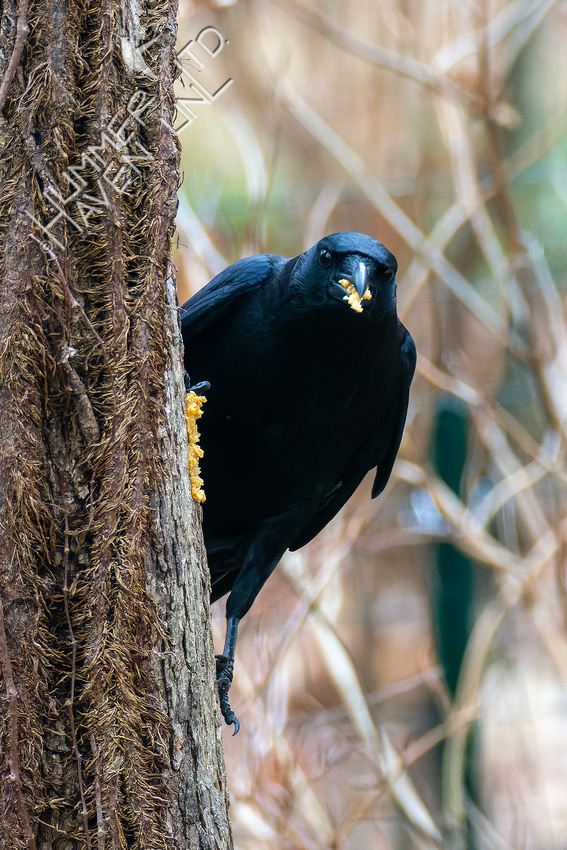 American Crows must have eagle-eyes, No sooner had I put the bark butter mix on this tree, did one come to get it. 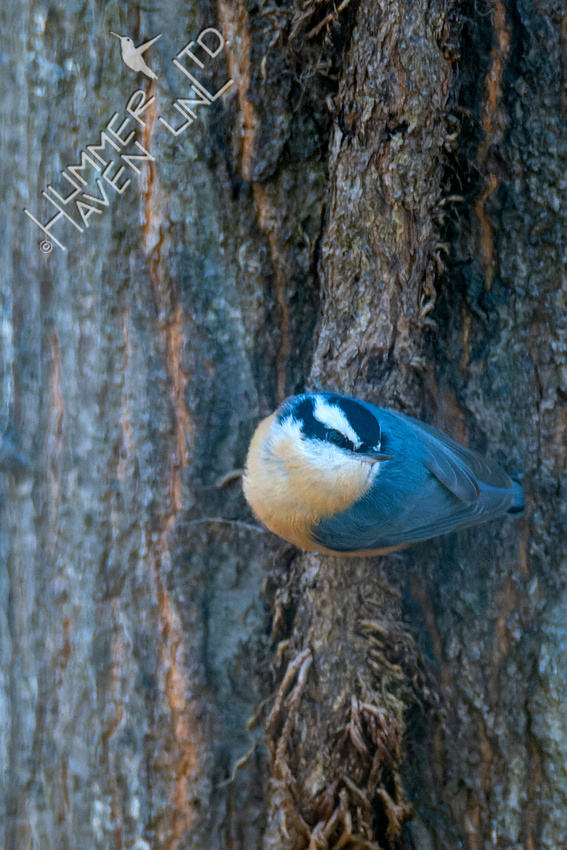 The cleanup crew includes woodpeckers and this Red-breasted Nuthatch! 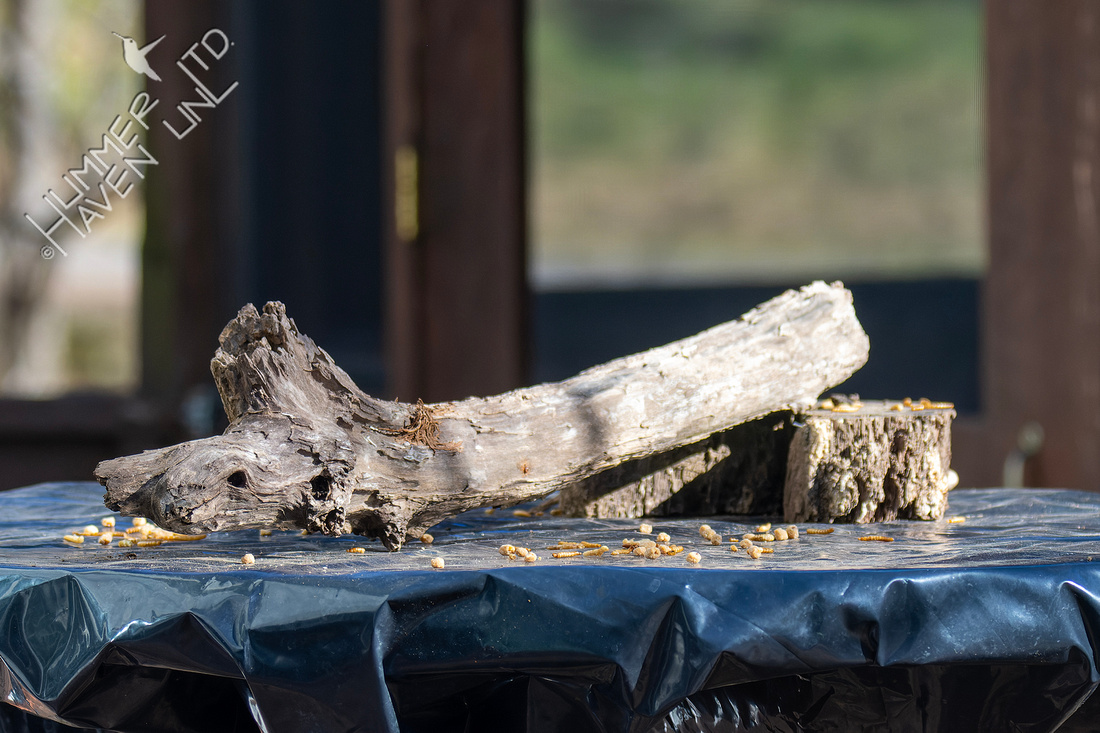 Early in the month, we moved a table onto the deck and I set up the 'Grab-n-Go' Bird Buffet. It takes the birds a while to get used to something new, especially the Eastern Bluebirds. This looks different from last year's table with the oak branch and disc for perches. Since they have to come in nearer to the house, I give them a week or so before I start photographing the activity. 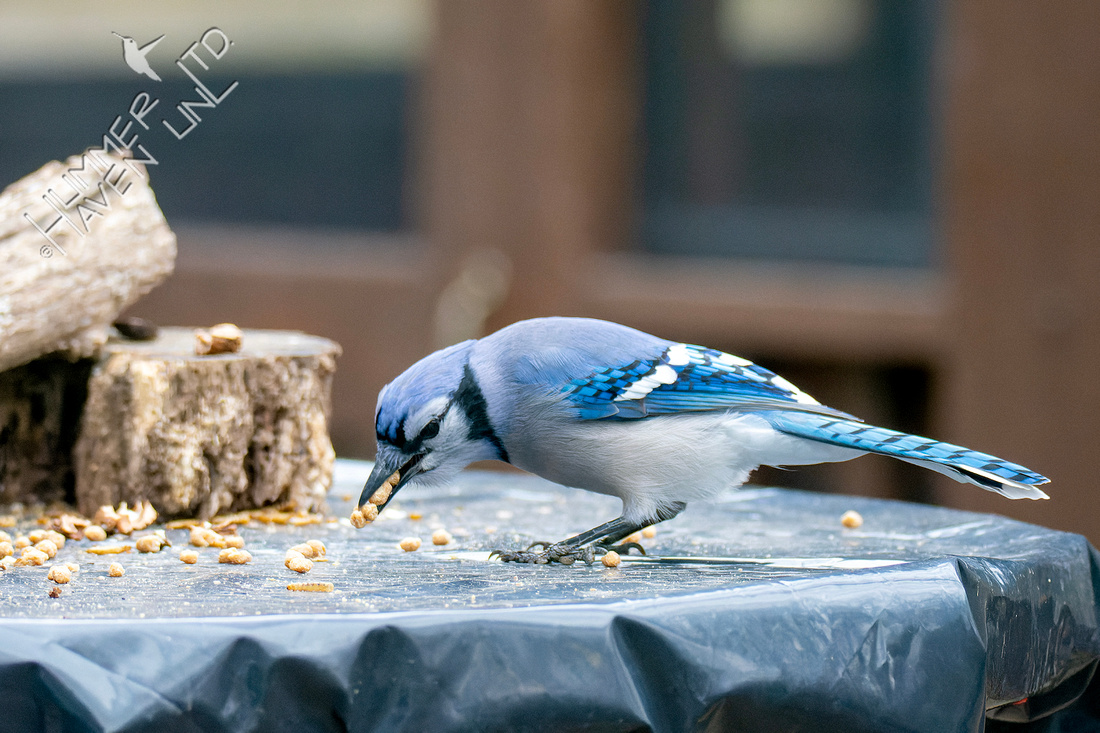 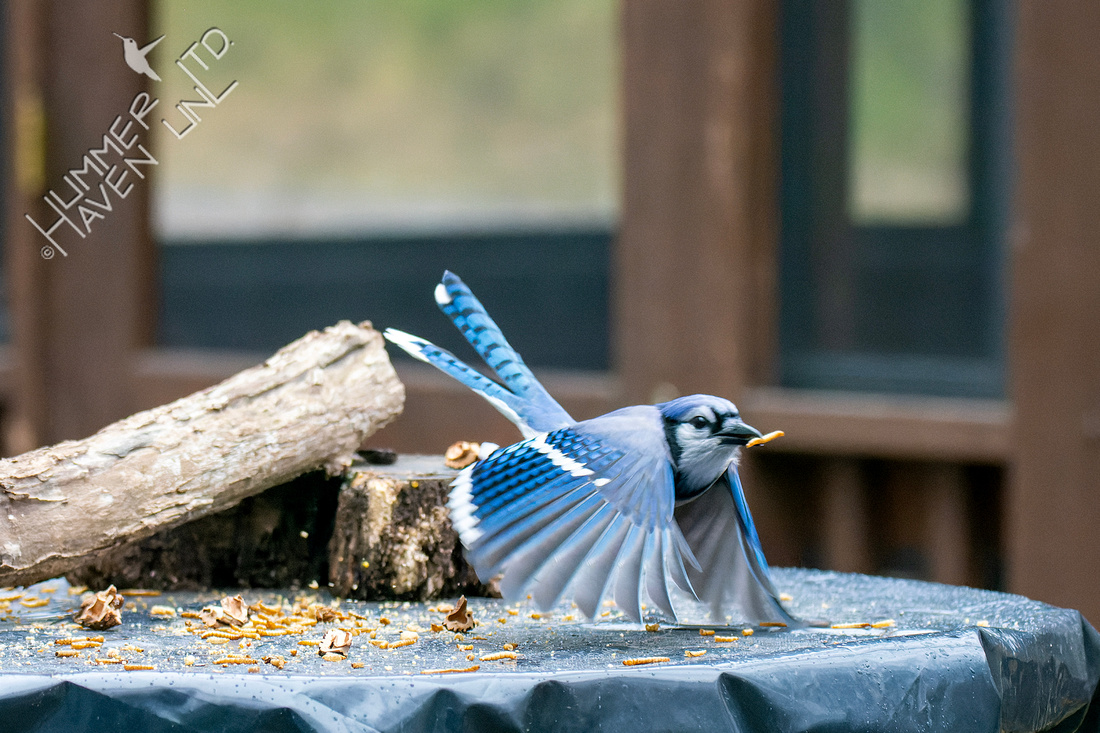 Blue Jays were skittish at first, but quickly got used to the idea of ' Grab-n-Go'! (And we thought finches were piggies!) 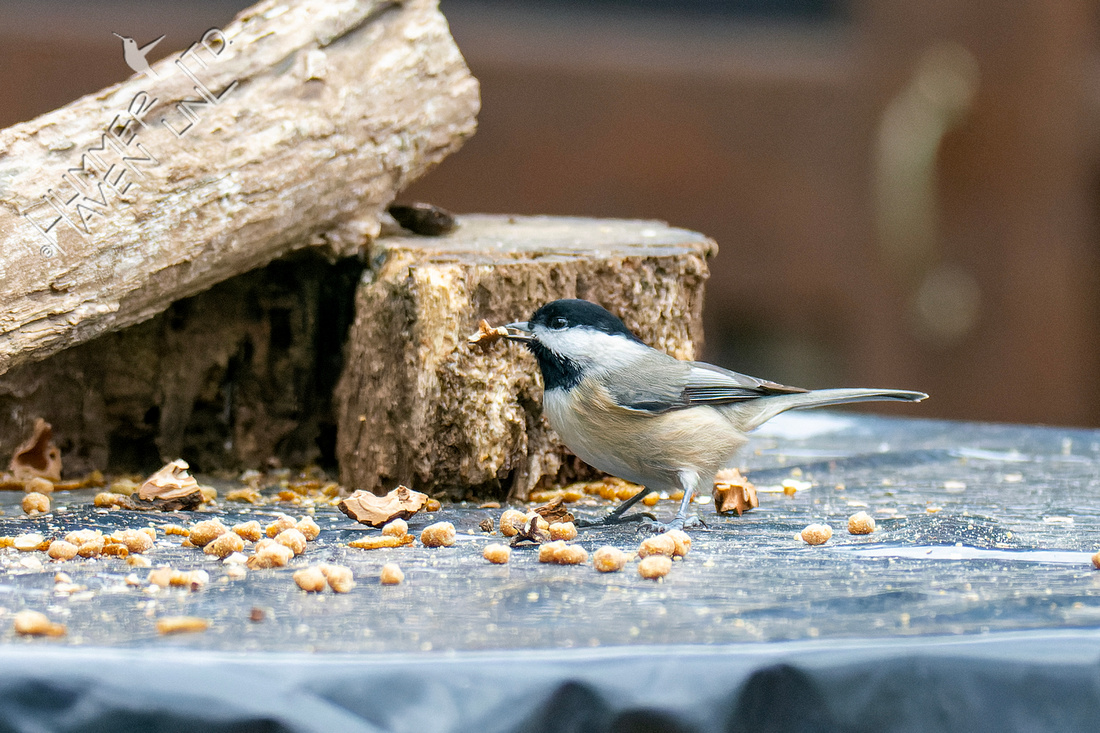 Chickadees were quick to slip in. This one has been going after the black walnut meats in the cracked shells. What a taste treat! 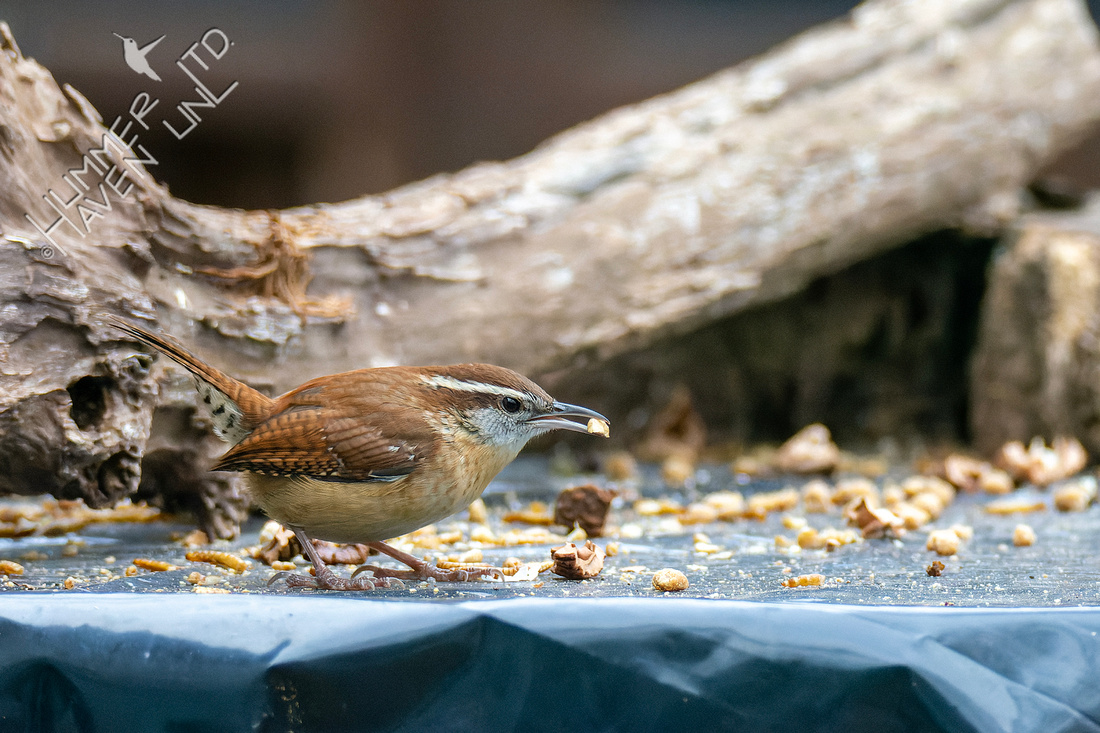 Both Carolina Wrens enjoy the bark butter bits and the black walnuts. 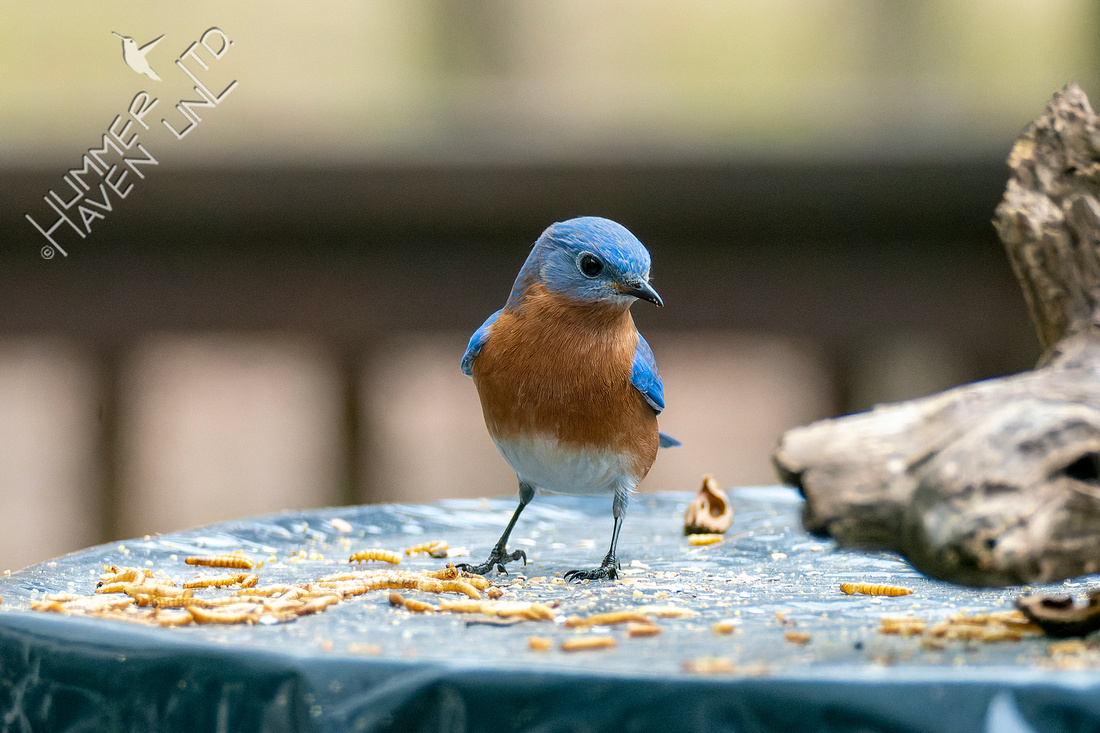 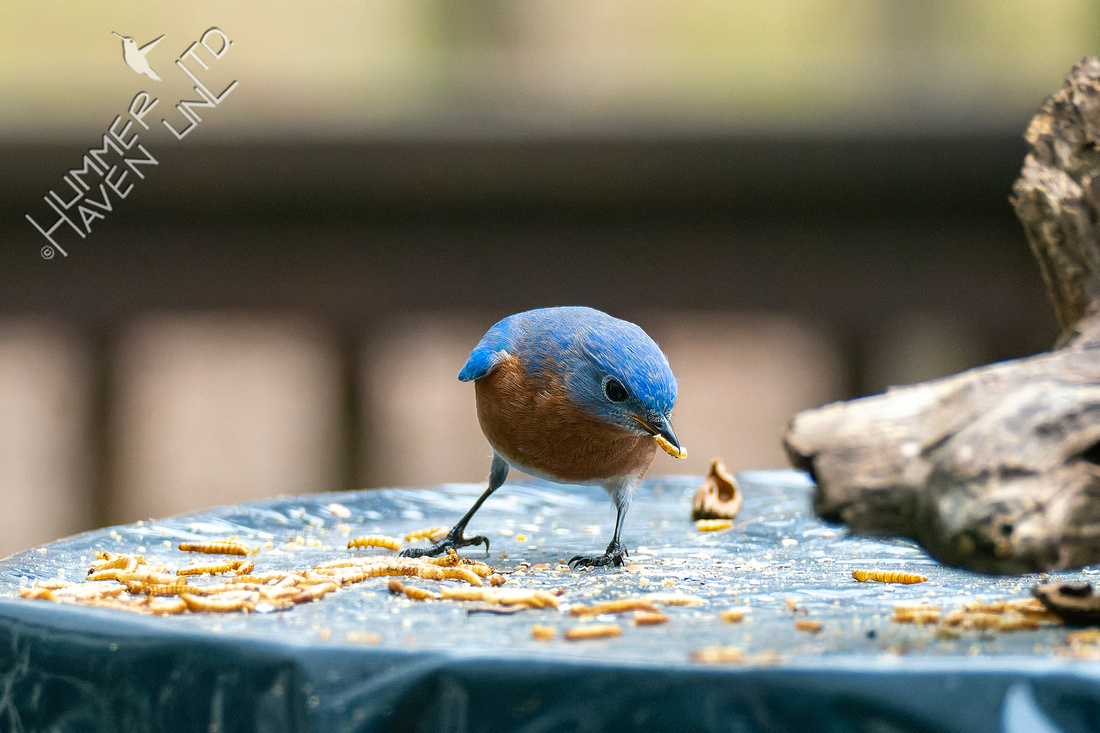 The Eastern Bluebirds are now quite comfortable coming in, taking mealworms and bark butter bits, too. 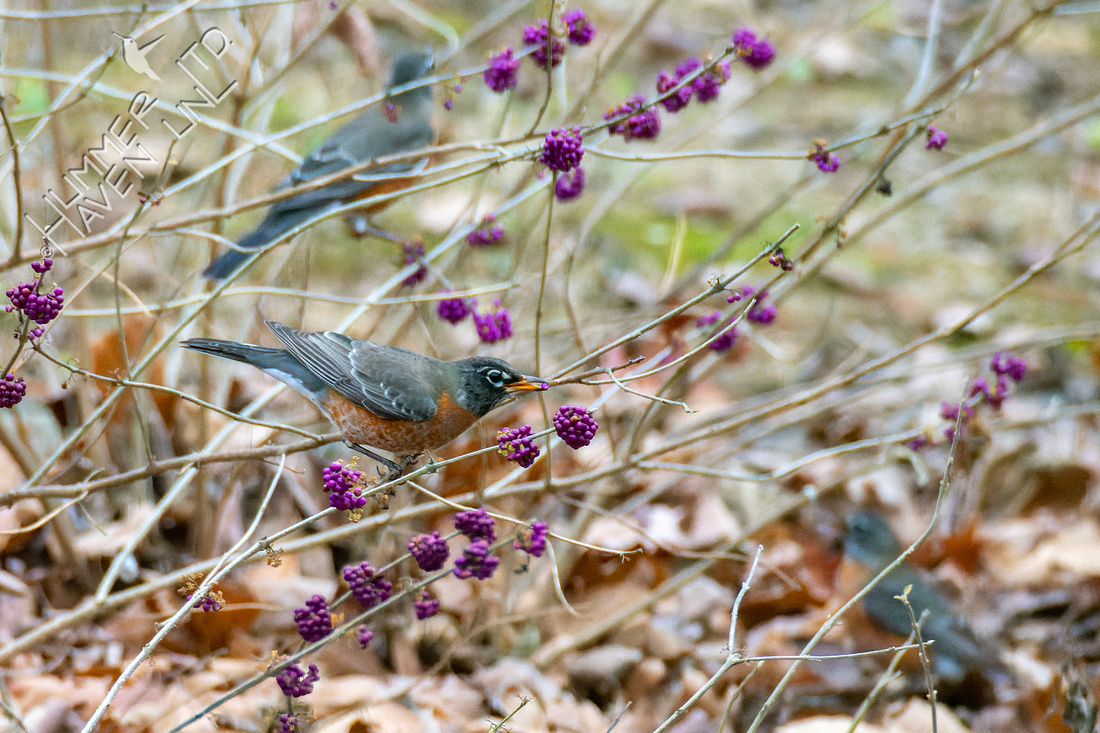 American Robins, bluebirds, finches and Cedar Waxwings are often in the garden, taking American Beautyberries from the stems or maybe found on the ground. 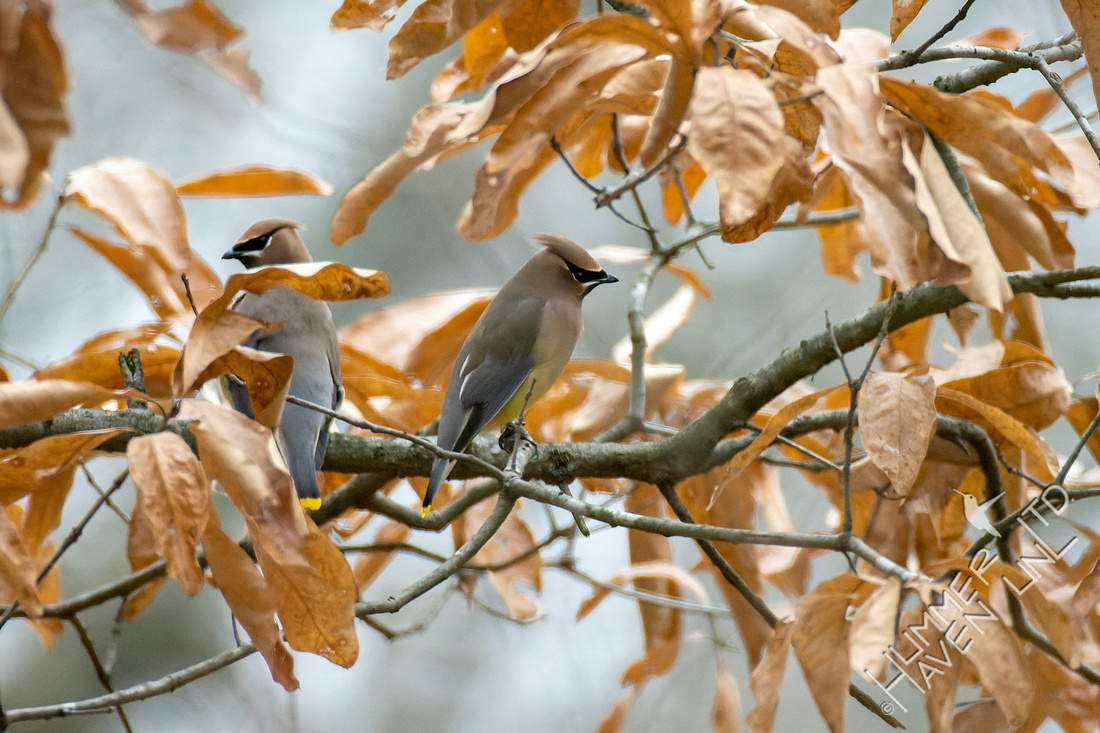 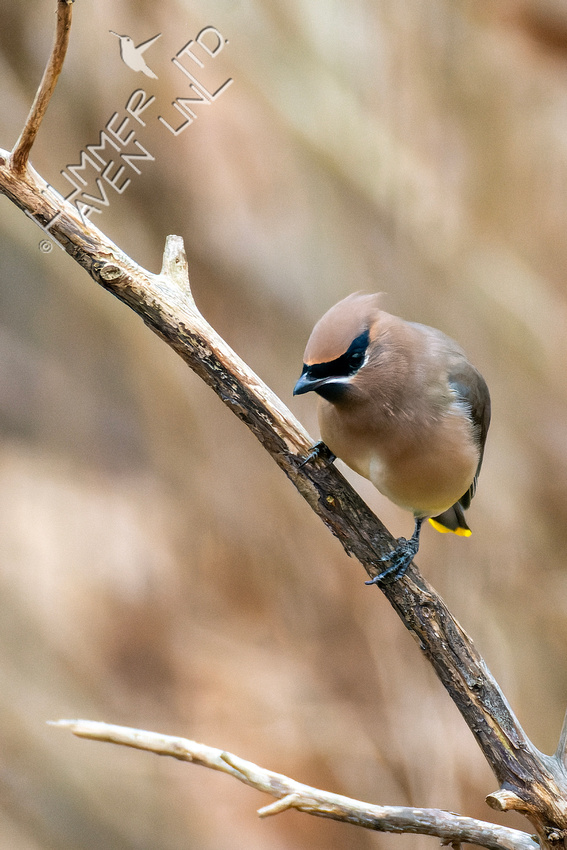 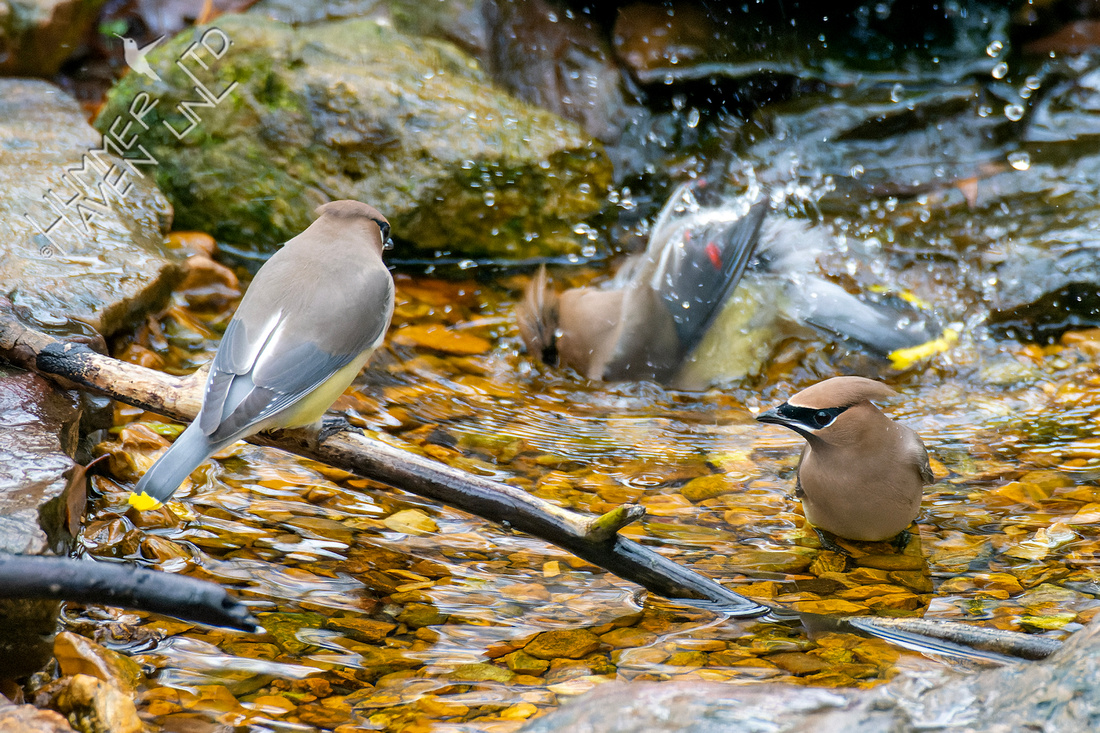 Cedar Waxwings will wait in the cover of trees like this young shingle oak (Quercus imbricaria) before approaching the water at the Bubbler. 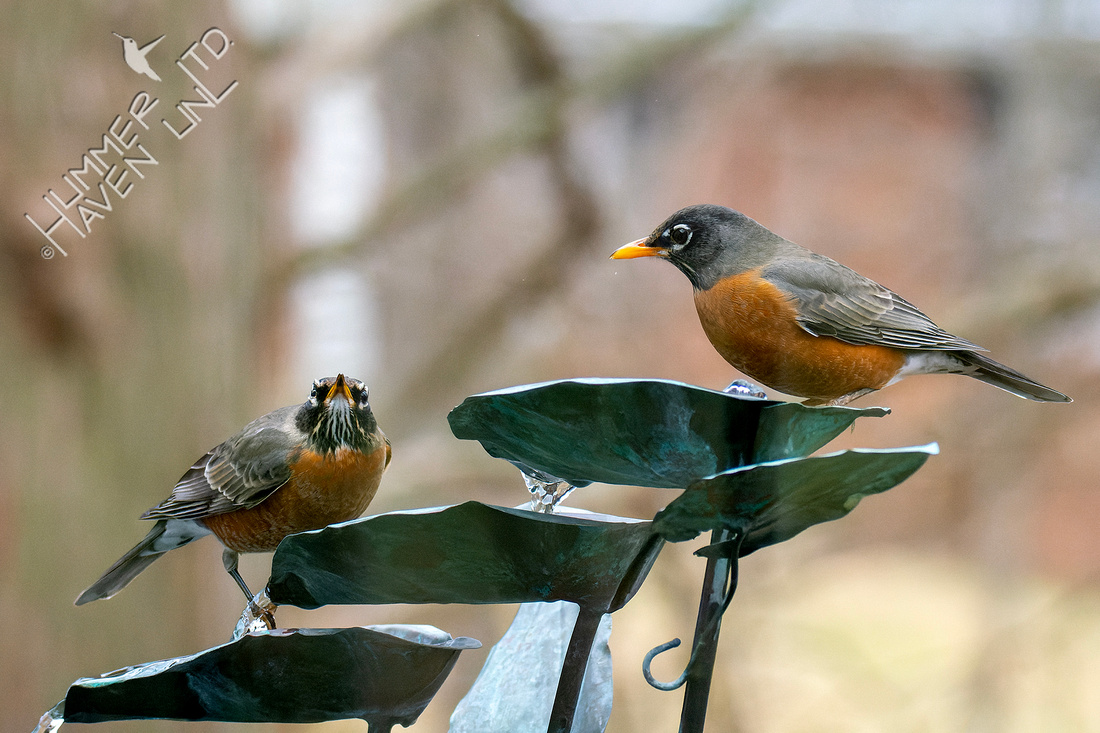 The fountain on the deck is visited all through the day by American Robins, American Goldfinches, House Finches, Eastern Bluebirds and more. It's conveniently located between a Rough-leaved Dogwood (Cornus drummondii) for perching and the Grab-n-Go buffet table. We accommodate!

Are you considering new binoculars as a gift for someone, perhaps even yourself?

Check out this review on affordable full size 8x42 binoculars: 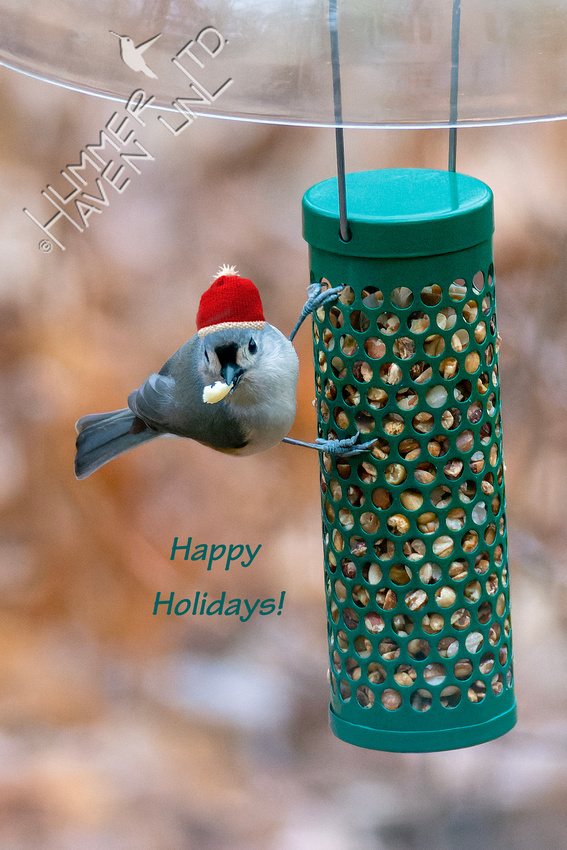