It has been a beautiful fall and now, the winds of change are blowing! 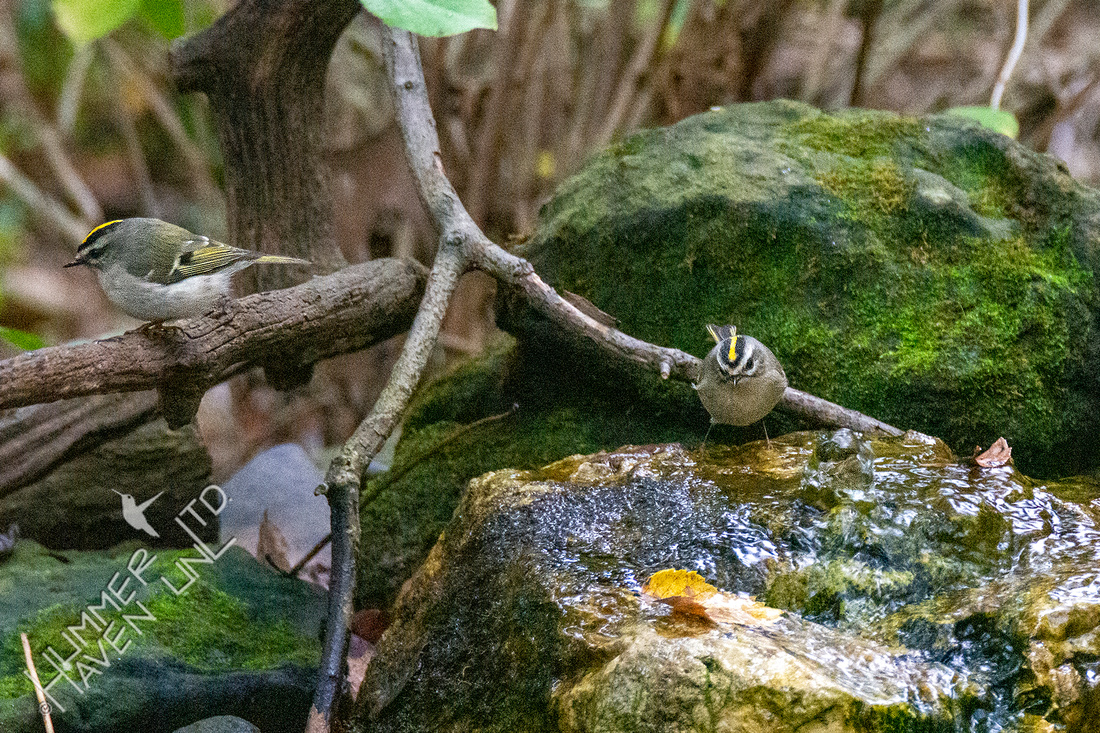 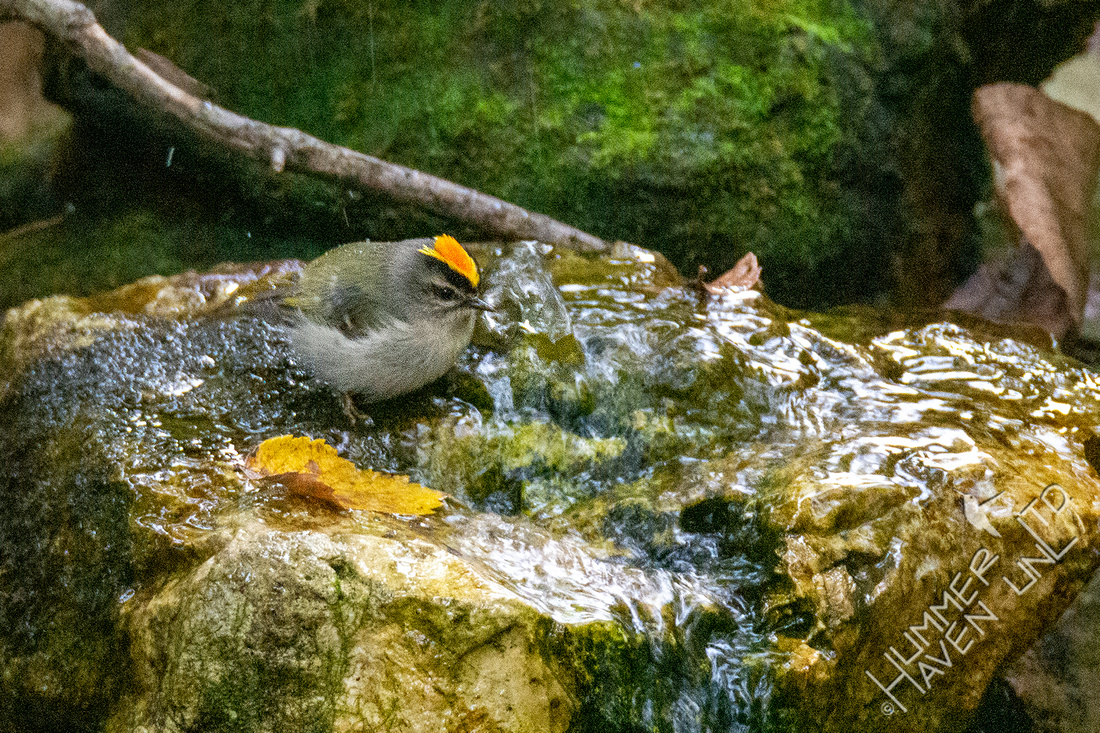 Before Halloween, Golden-crowned Kinglets were enjoying the Bubbler. I saw another one yesterday. That golden crown becomes a fiery orange when males get excited. 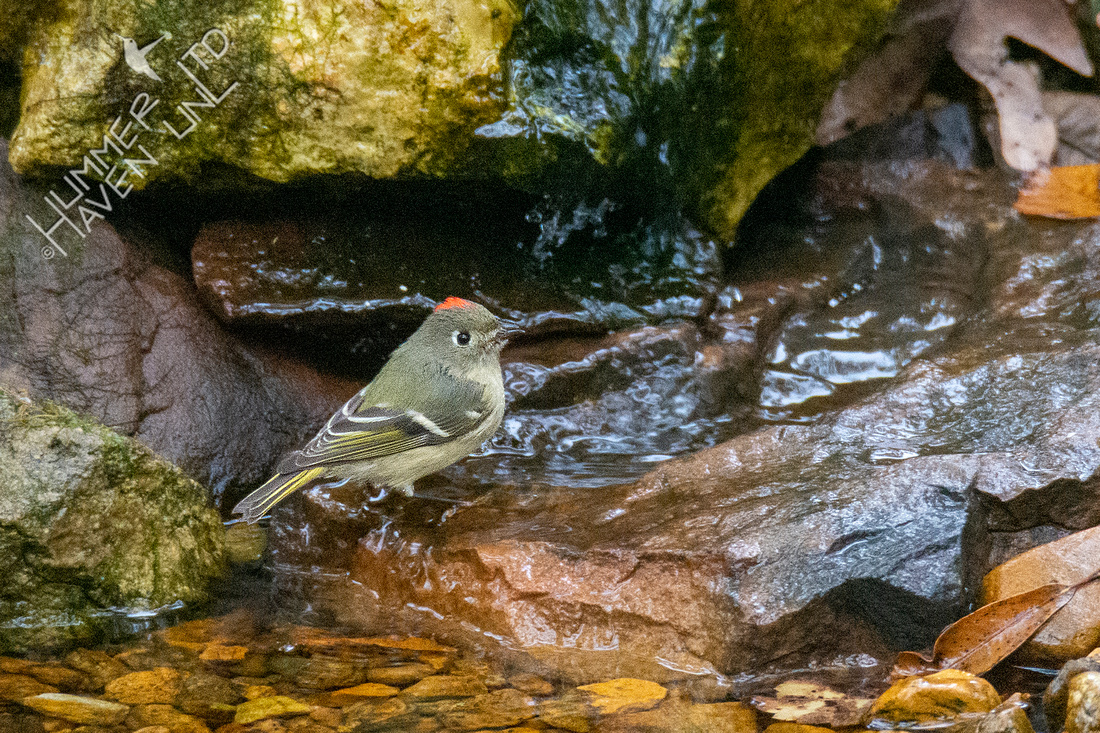 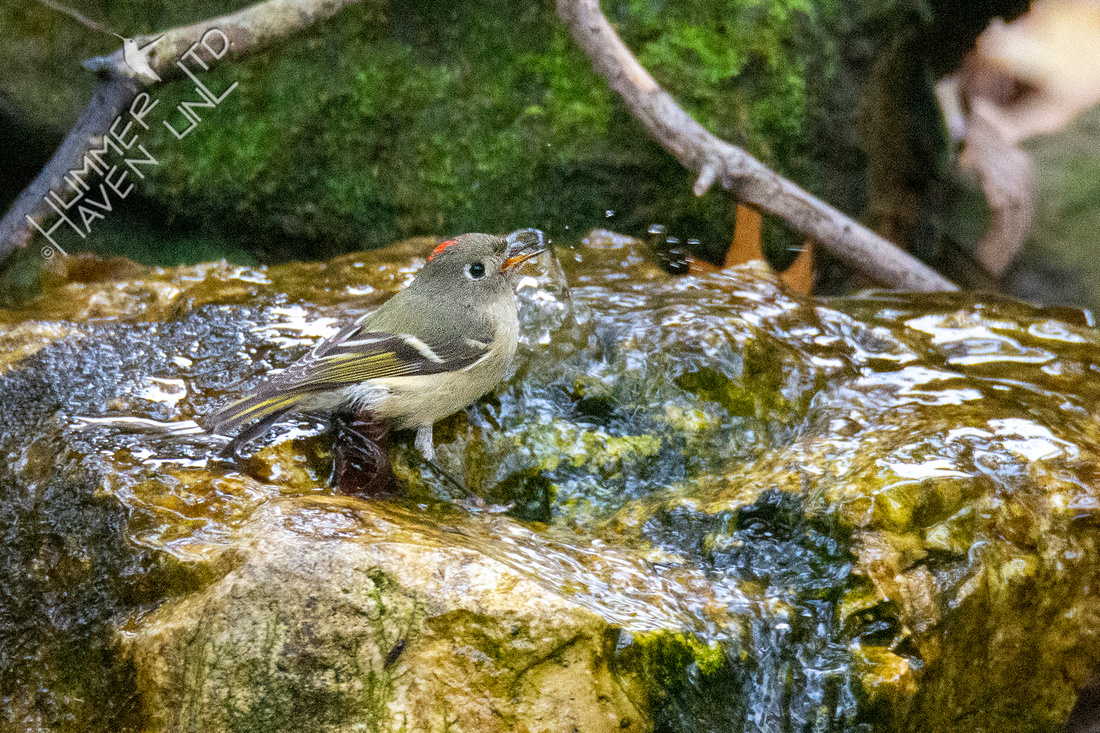 Yesterday, 11-13-21, it was a surprise to see a Ruby-crowned Kinglet, usually further south by the first week of November. This is a good opportunity to look at both the kinglets and notice their subtle differences. 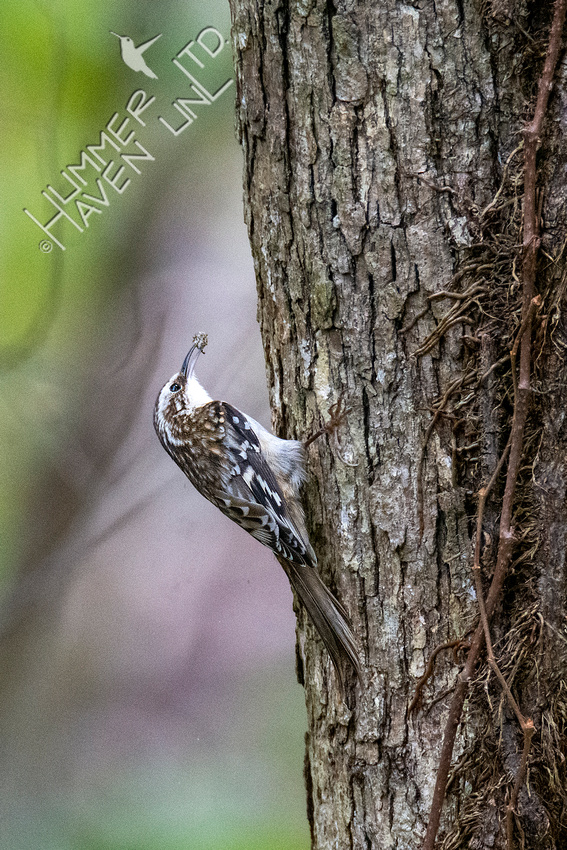 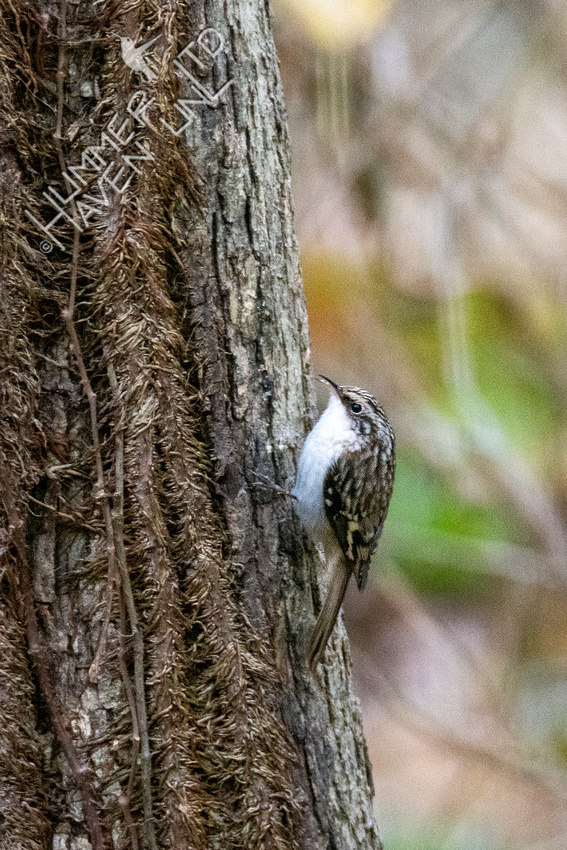 A pair of Brown Creepers has been chasing each other around the trunks of trees as they scoop insects out of the bark. 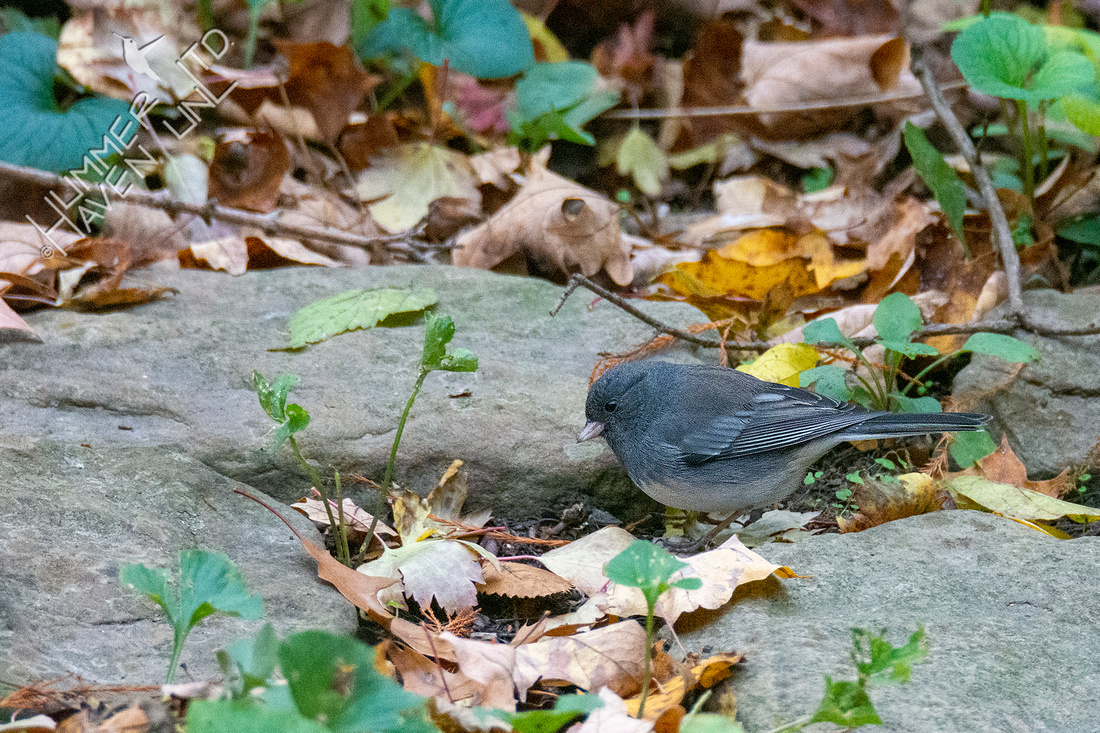 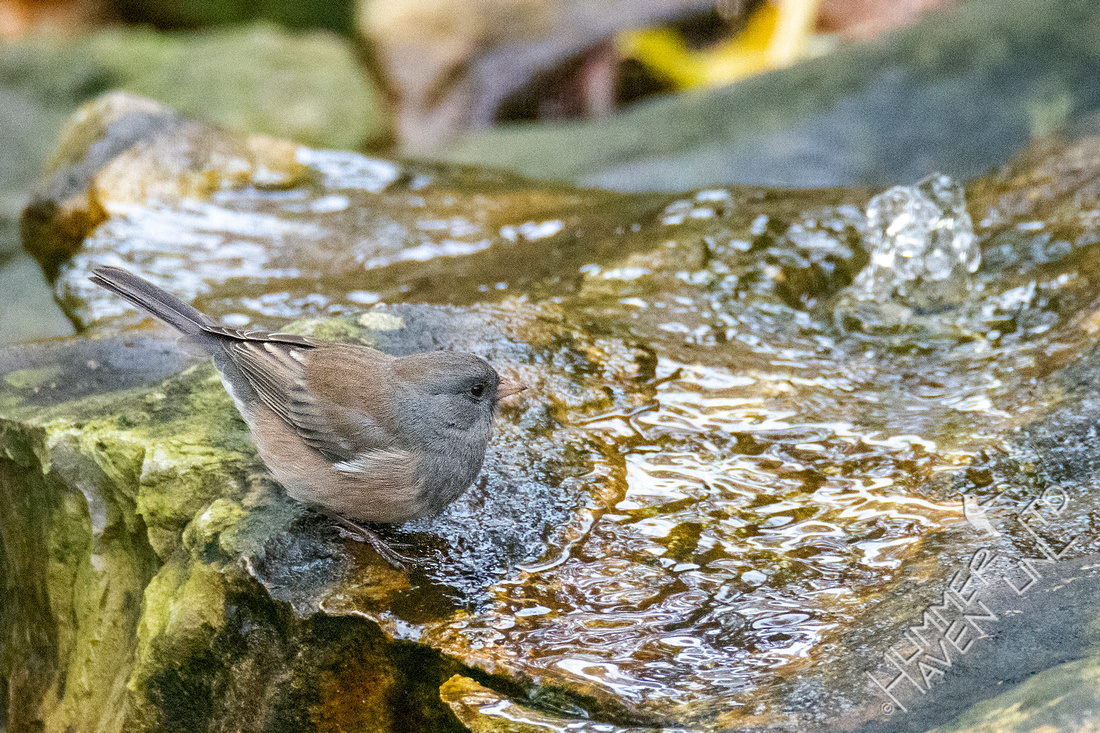 There were so many birds here yesterday, at least two dozen Dark-eyed Juncos were feeding and drinking. 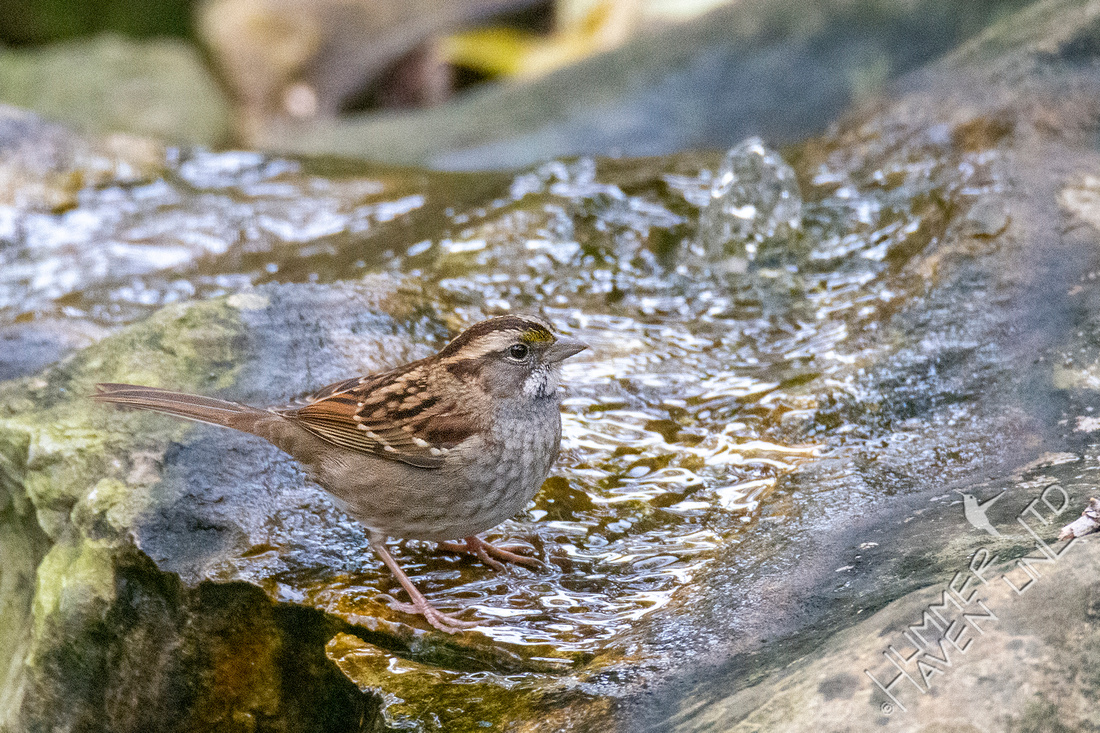 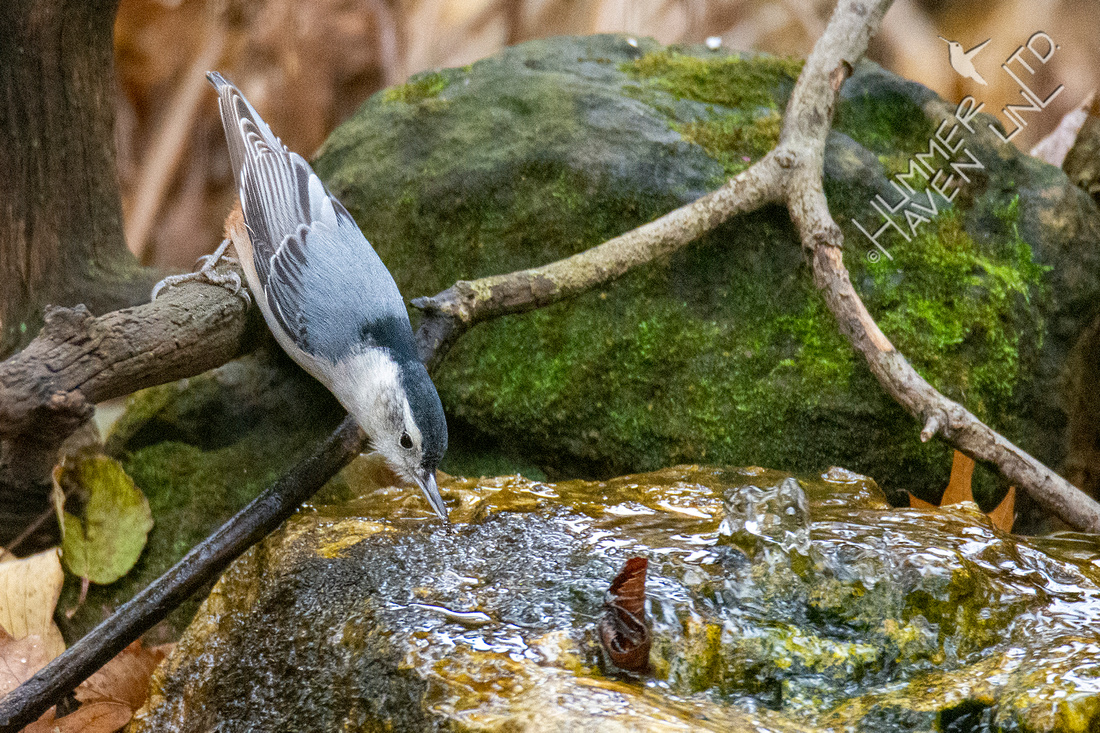 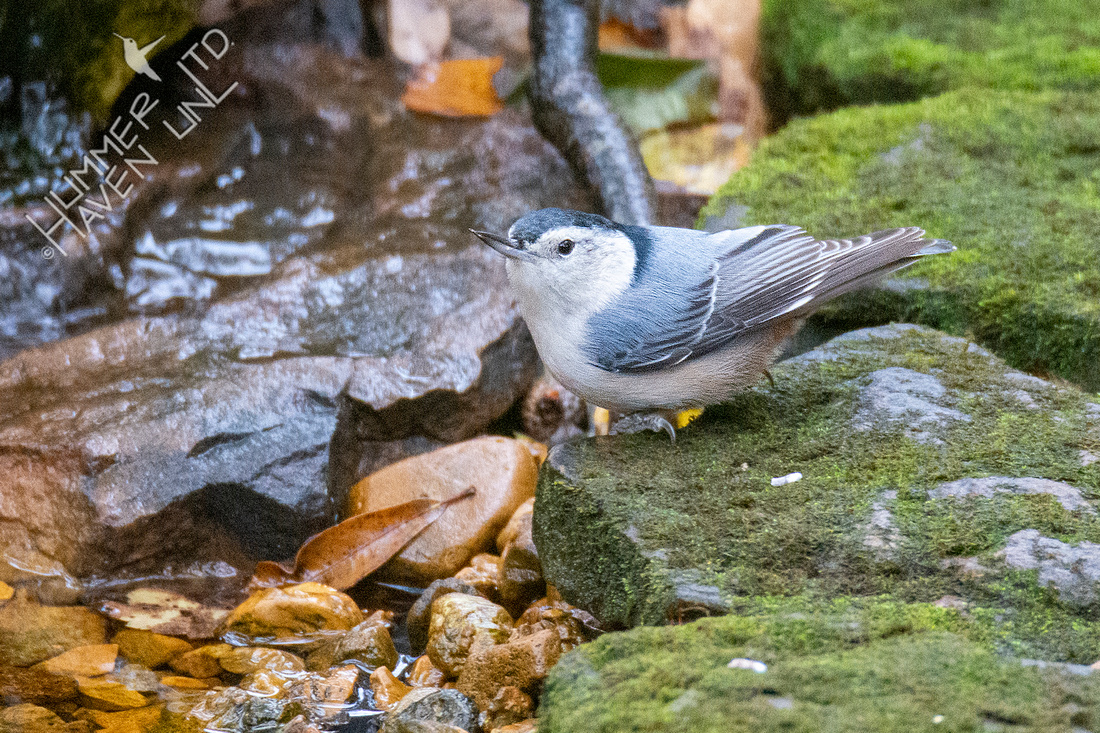 White-breasted Nuthatches were active yesterday. The second bird looks like it has a crossed bill upon closer inspection. That's unusual. 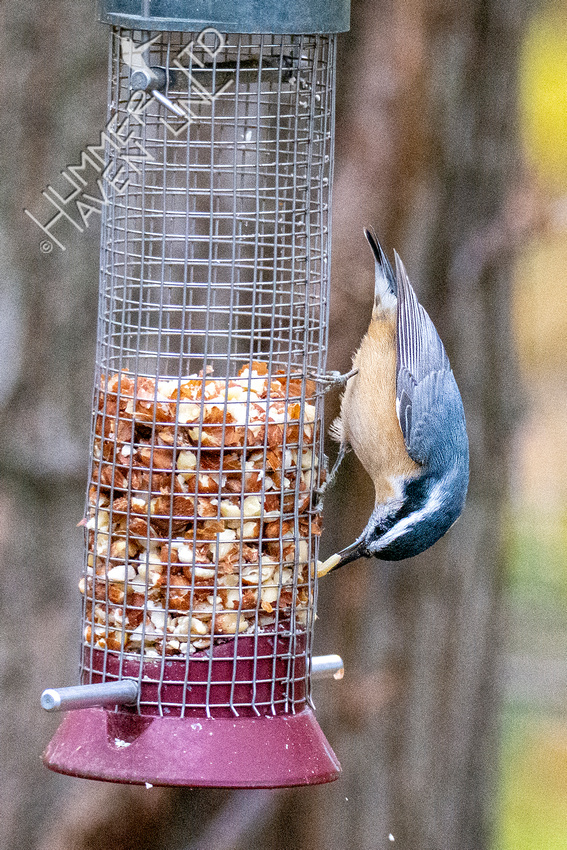 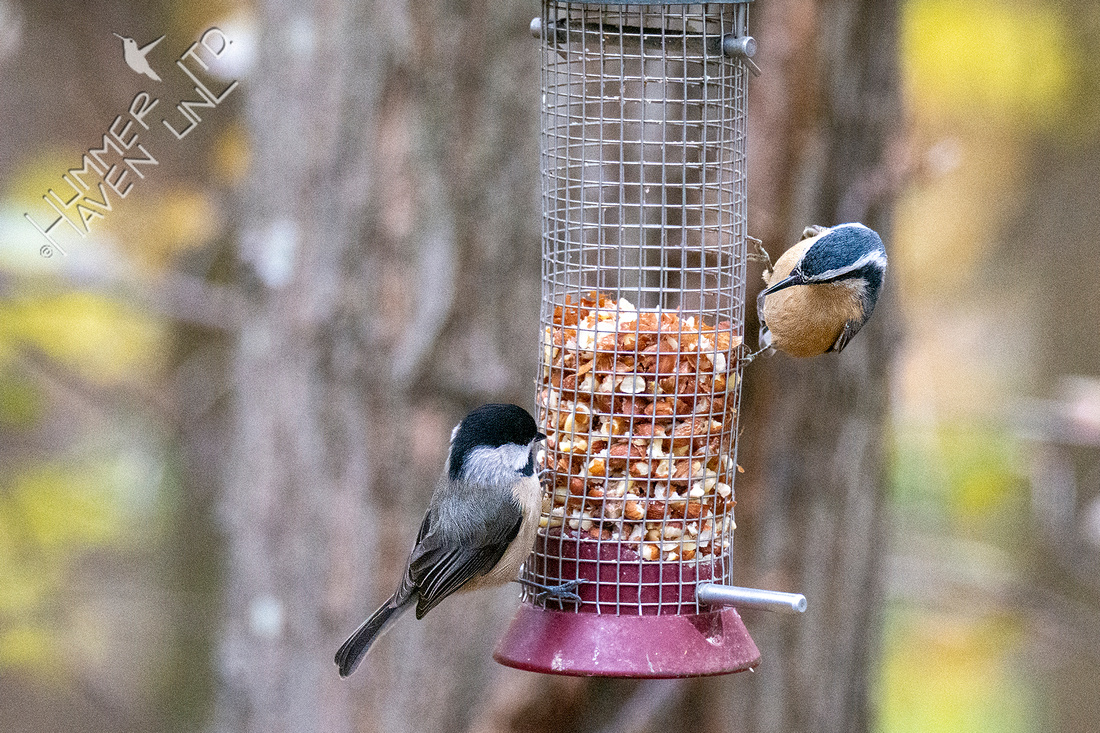 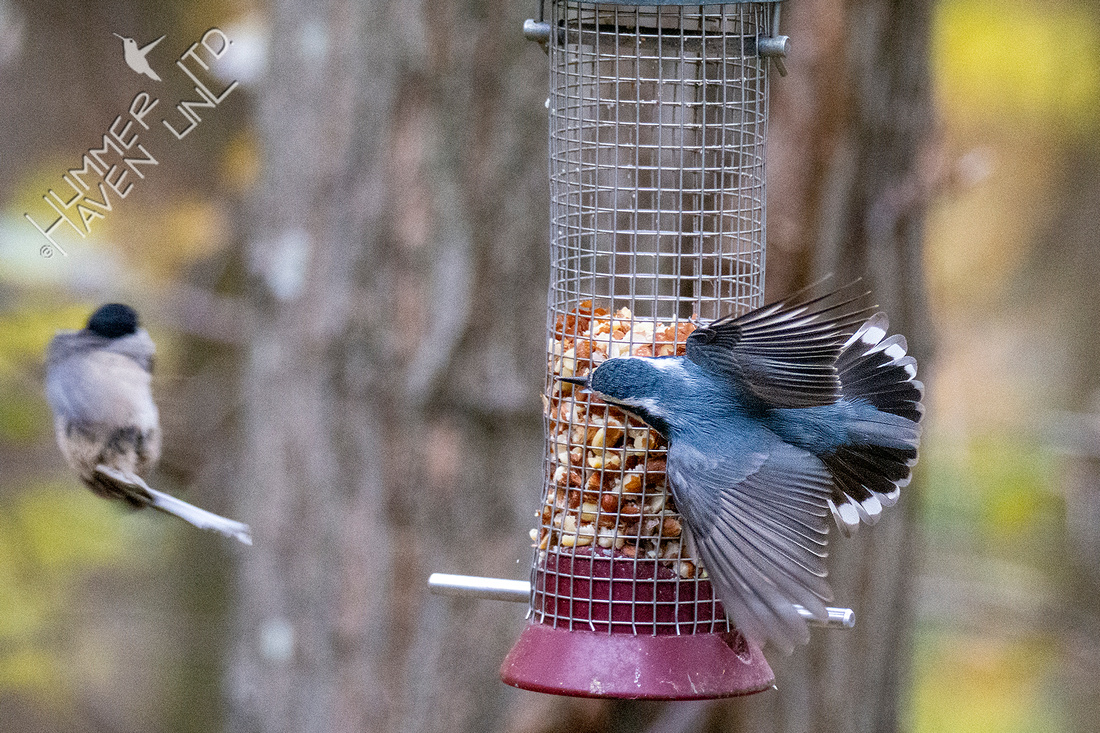 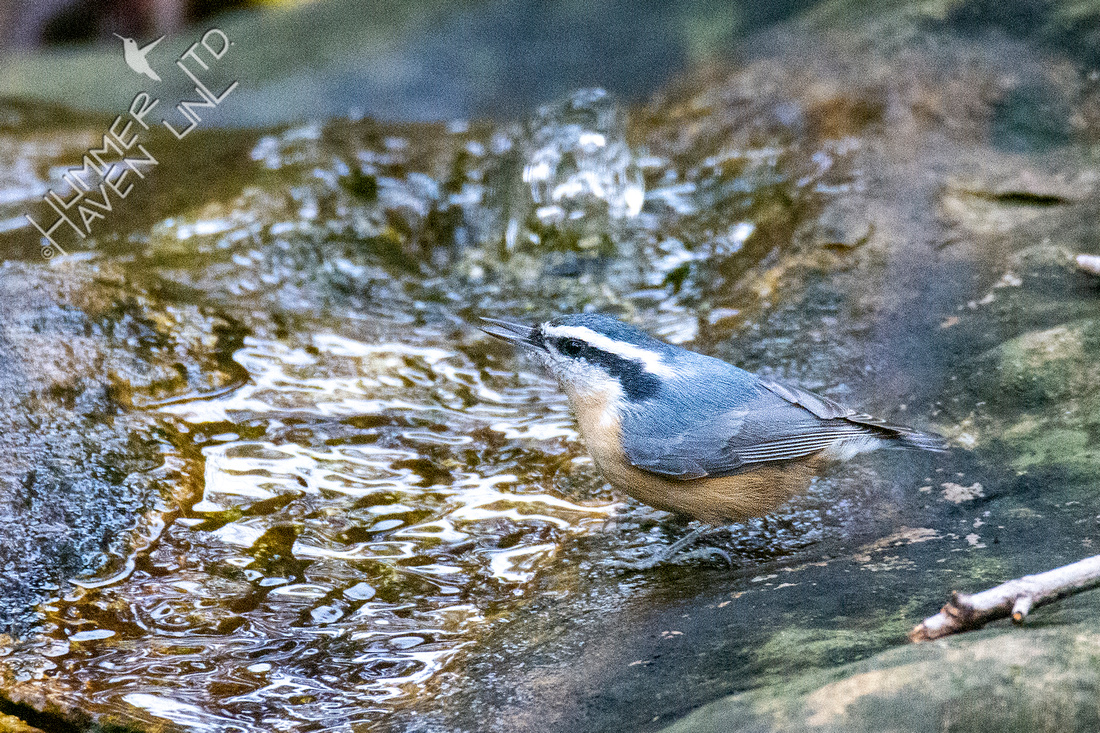 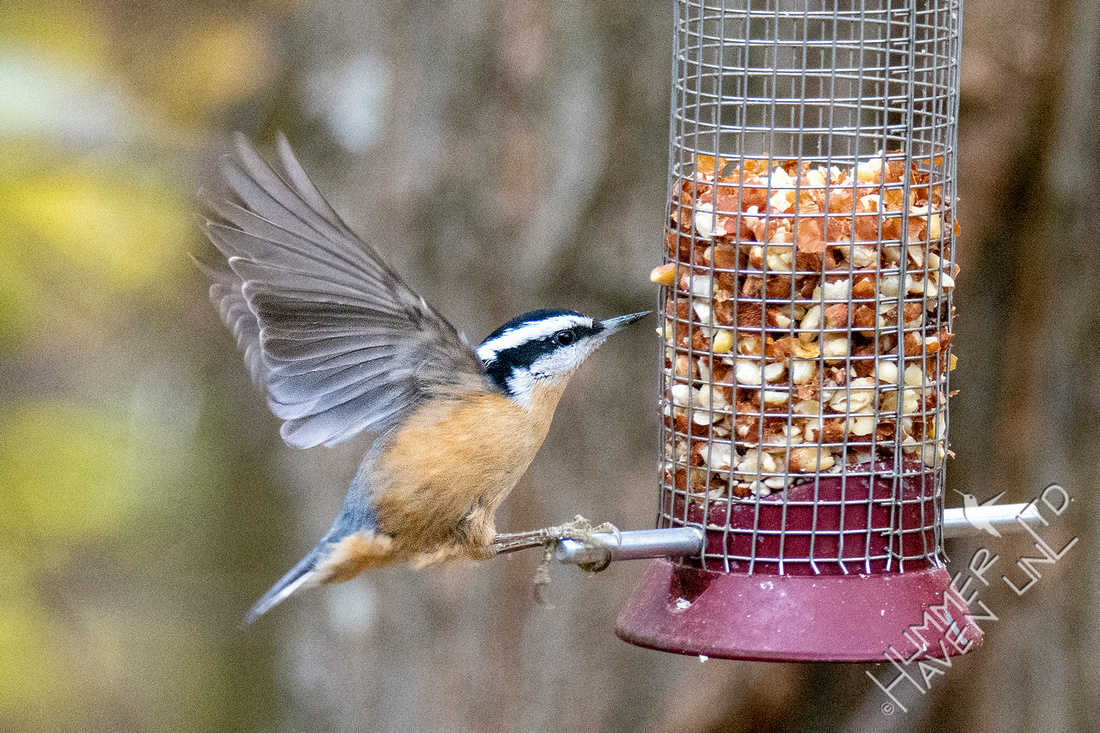 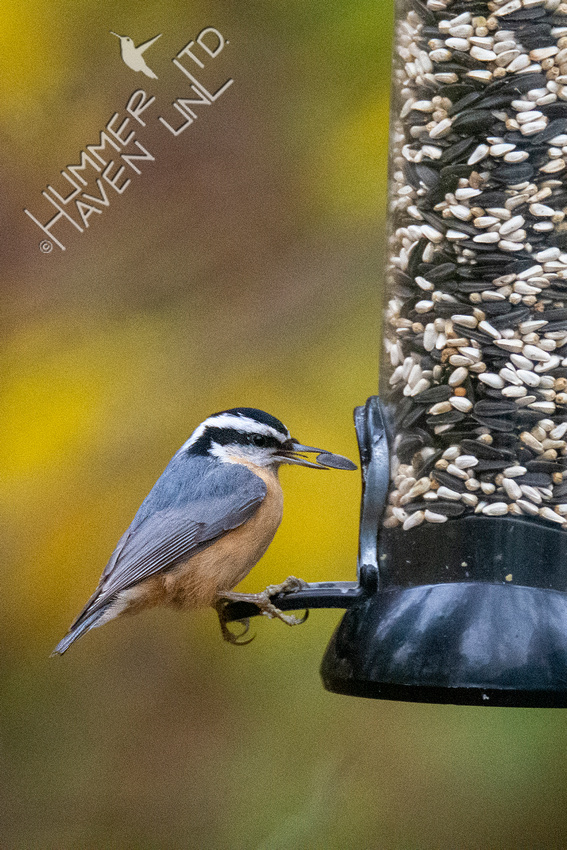 It looks like we may have a pair of Red-breasted Nuthatches here for the season. The male has a black head and the female's is more of a steely blue. The female chased the male several times and was not having the chickadee on it's personal peanut feeder! Gotta love that tail! Both birds were totally focused on grabbing a peanut or seed and caching it in the bark of a nearby tree. Sounds like homesteading to me. 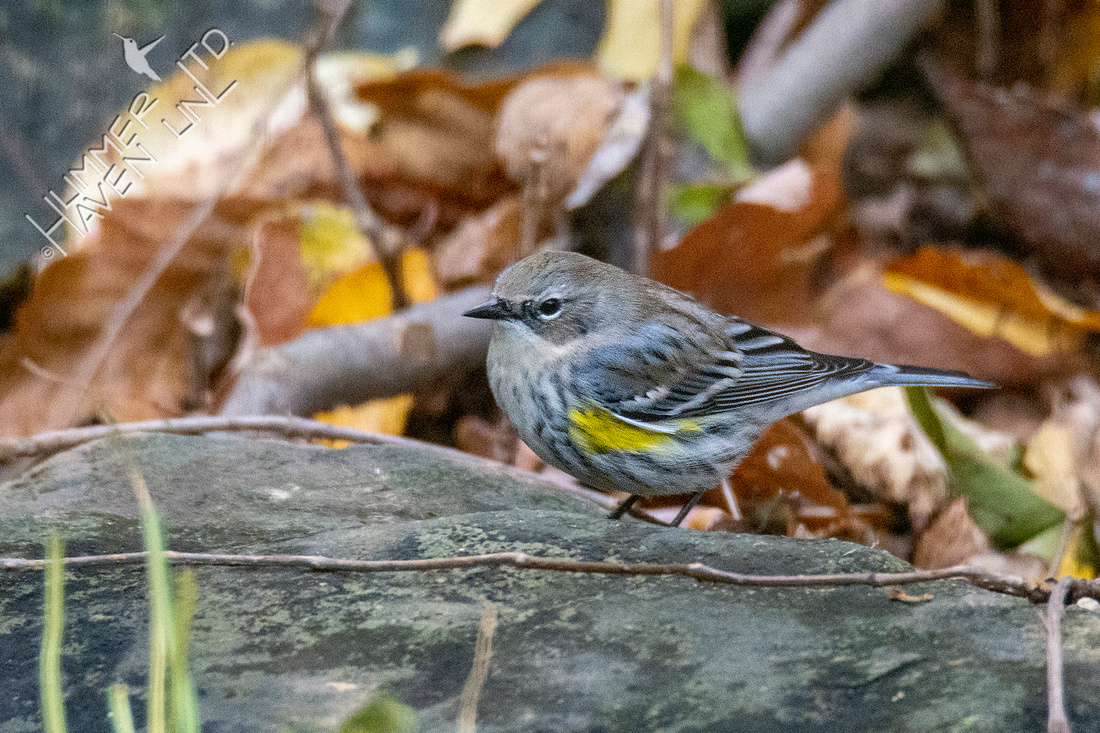 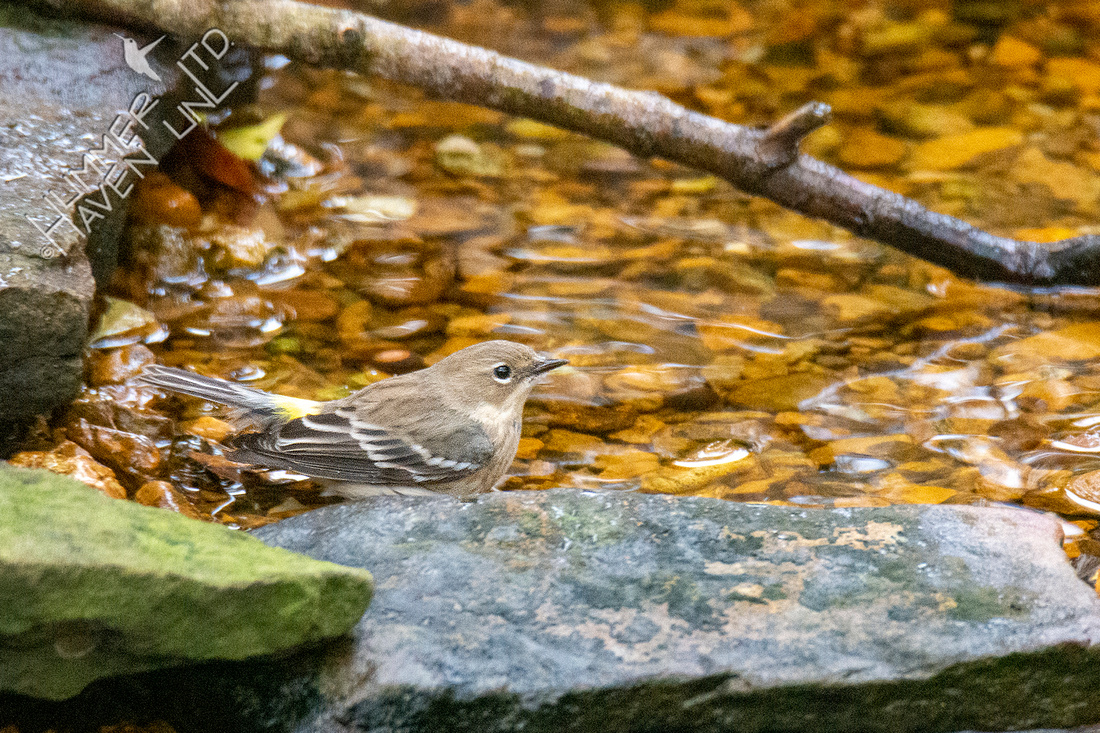 There also was a pair of Yellow-rumped Warblers at the Bubbler yesterday. The male is in the first photo, female in the second. 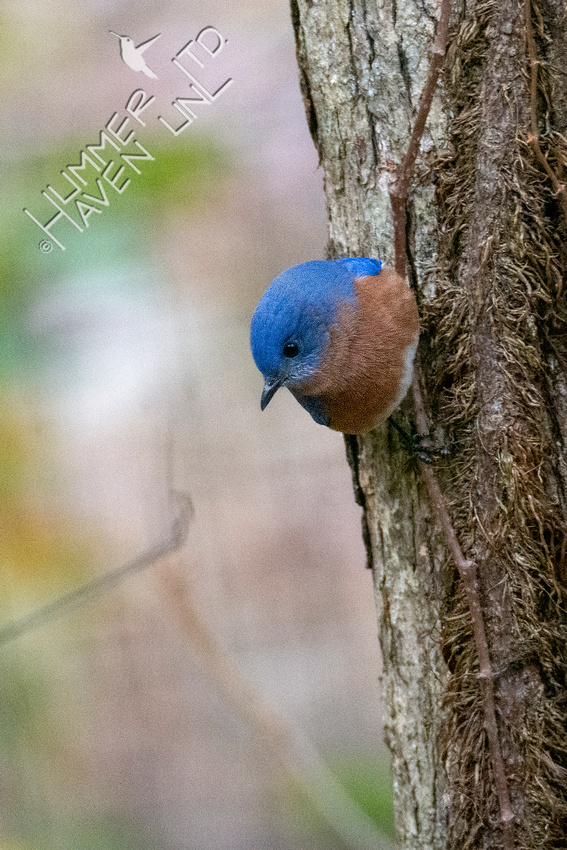 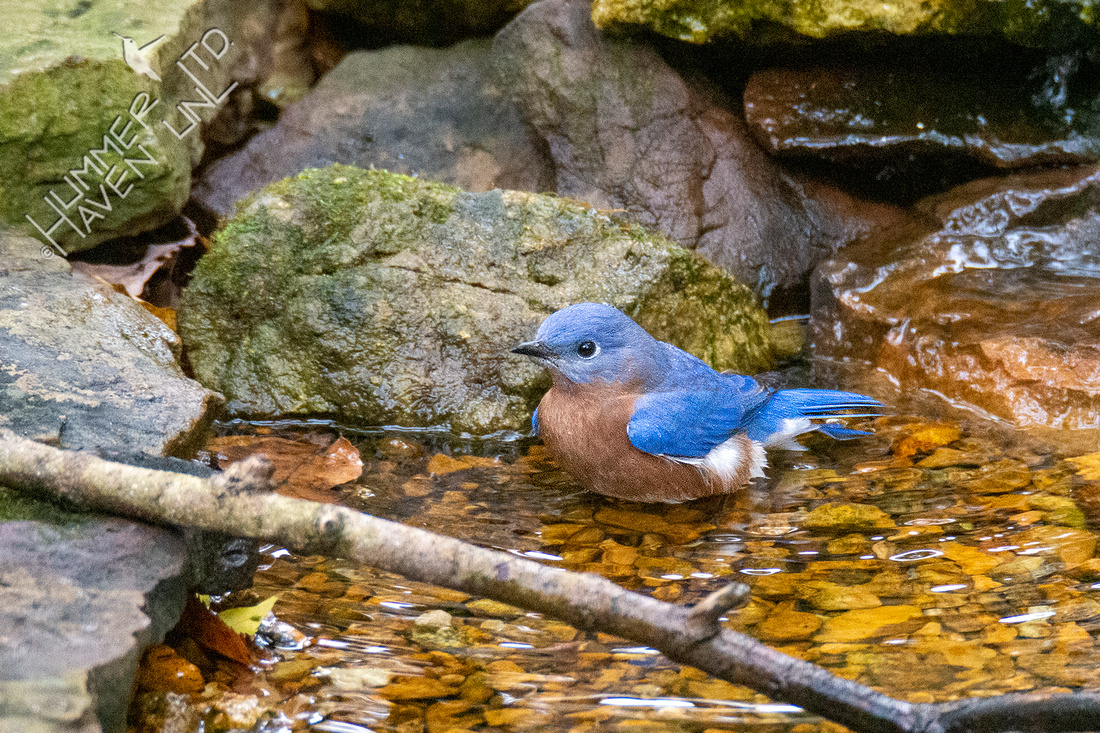 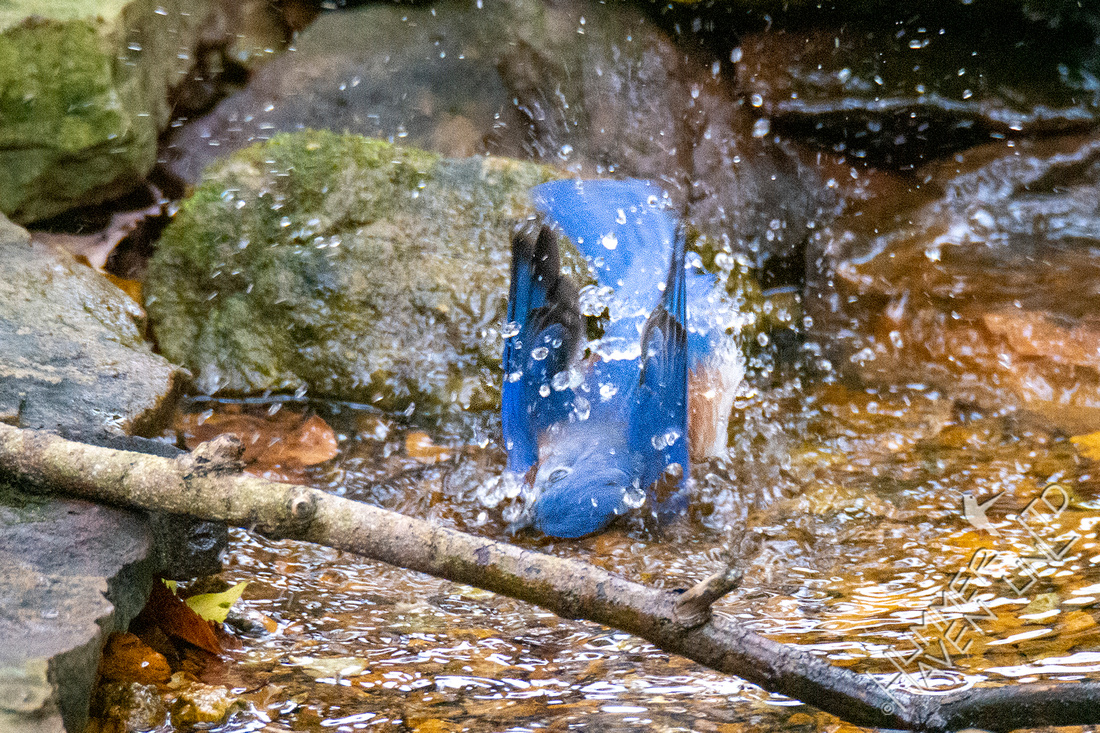 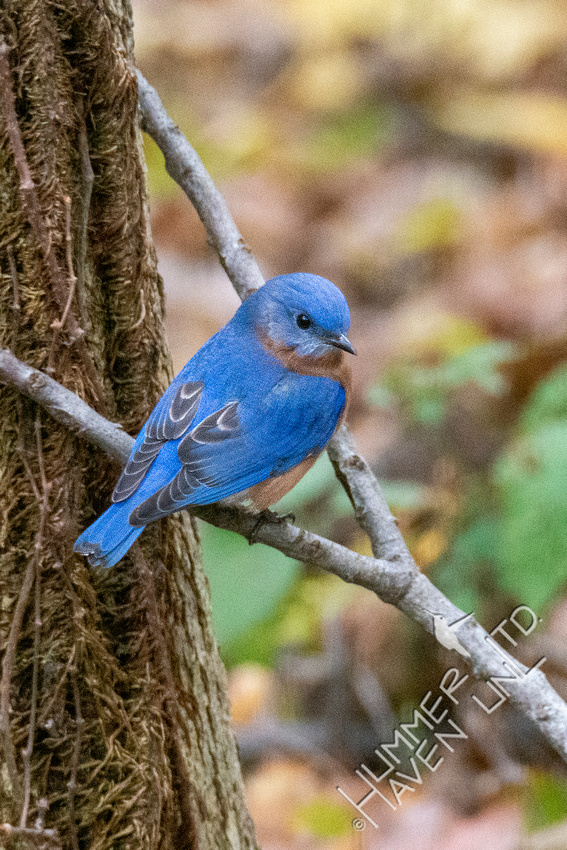 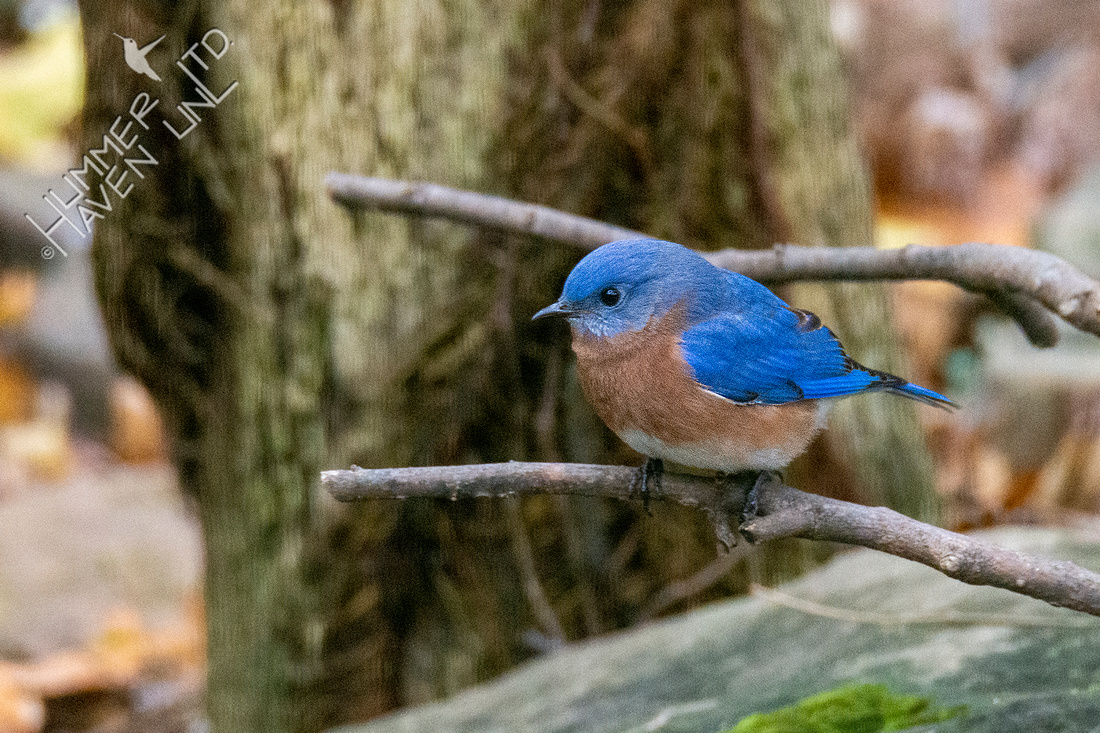 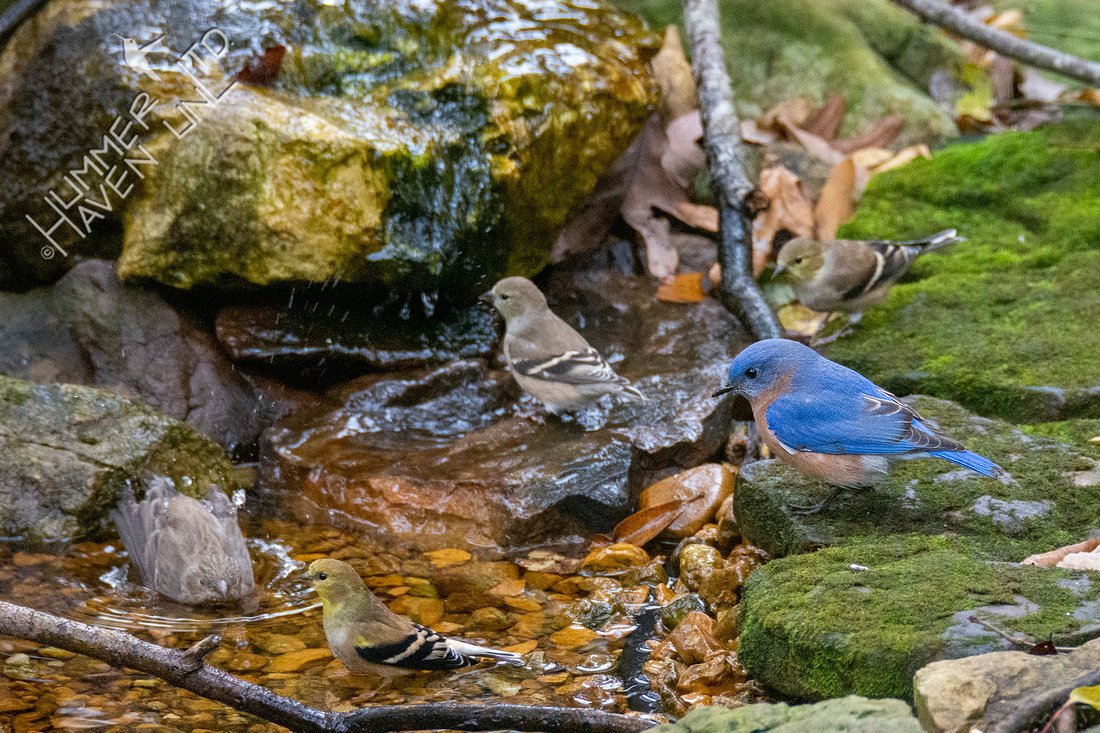 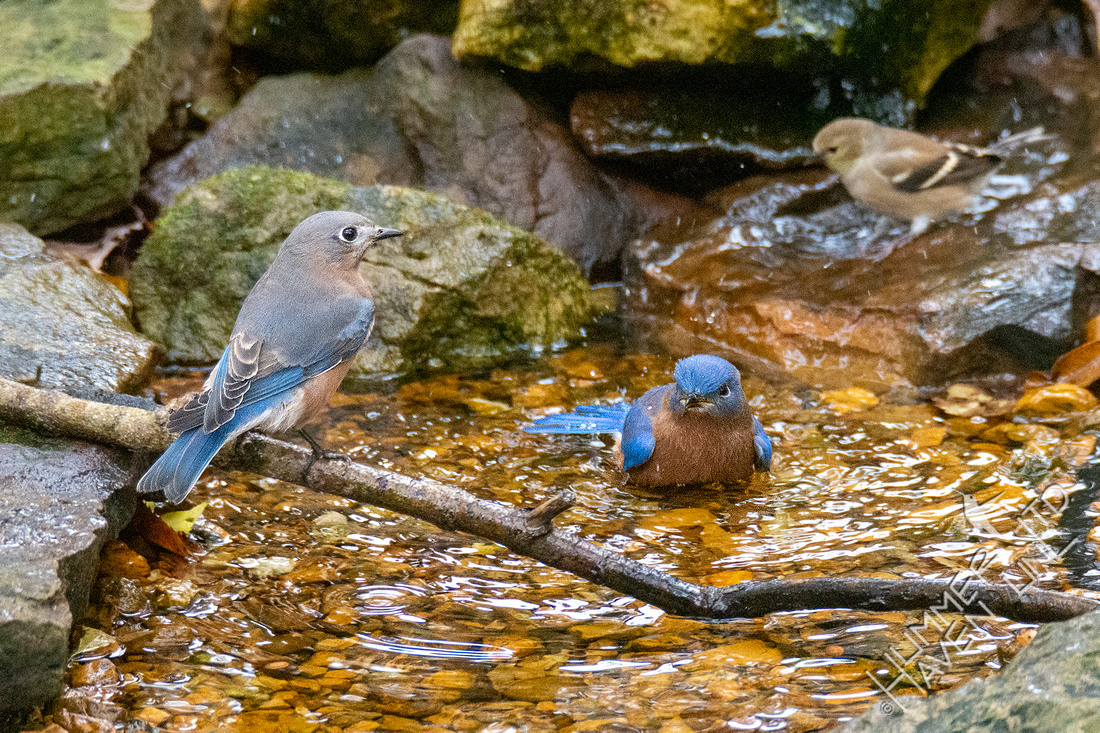 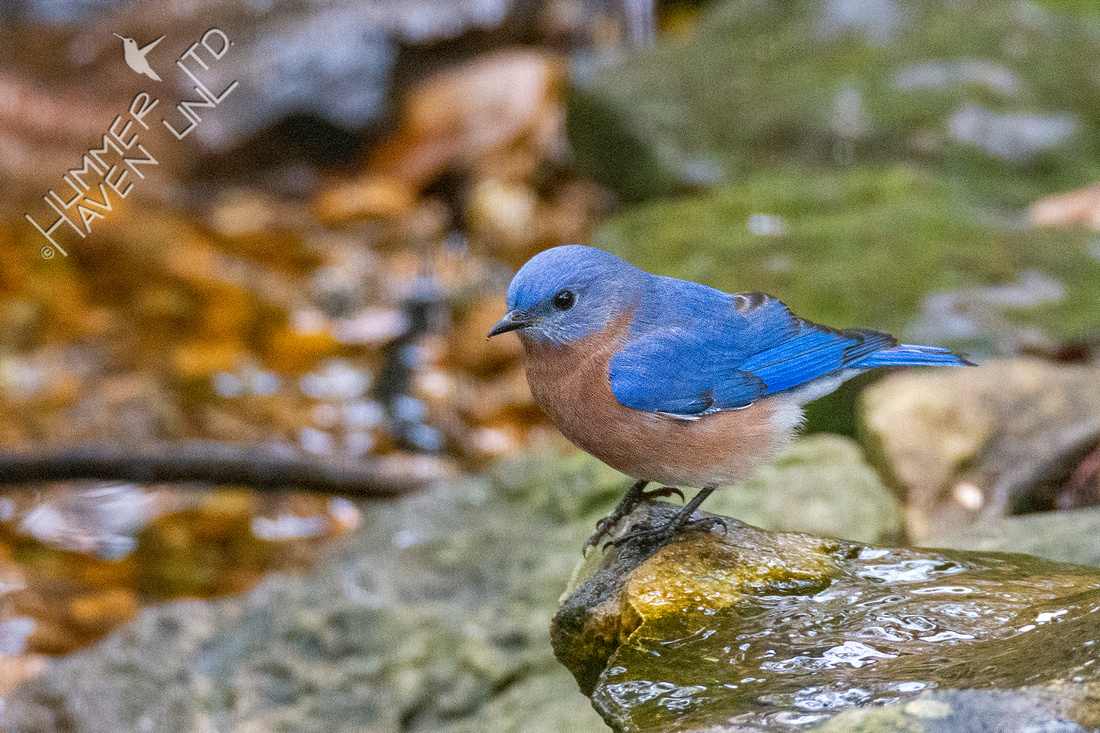 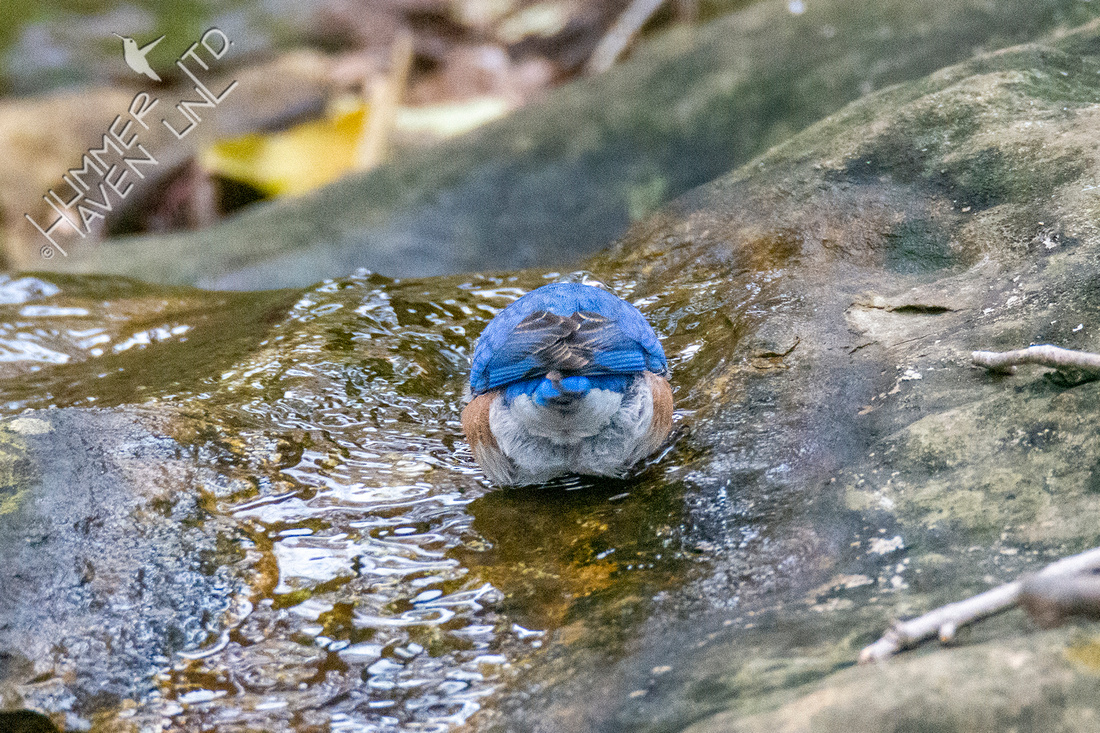 We had another little thrill when the family of Eastern Bluebirds came in! The breeding pair survived the winter and had a brood, we've seen them occasionally. Yesterday was their first time at the Bubbler this fall. There were at least four males and two females. They sure brighten up the woodland on a gray day. It was non-stop activity with these and more birds for about 3 hours. Today, it's windy and they've been hunkered down.

Do check out the Halloween post in case you missed it.

Enjoy the last bit of fall color, and Happy Thanksgiving!

Hummer Haven UnLtd.
Hi Linda!
So happy for you, they are a special, tiny bird. I had a great day on Saturday with 23 species, so many more than I’ve been seeing. Isn’t it fun?
Margy
Linda E Tatum(non-registered)
Thanks for these wonderful photos. They really help with identification.
I had a golden crown kinglet in my yard this week. Was thrilled but was not sure what it was. Your photos are better than my bird book's photos!
I'm happy to say that this week I've had all but about 3 of the birds you featured in your post.
No comments posted.
Loading...
Subscribe
RSS
Recent Posts
Sightings and a Snow Day!! 1-28-23 1-15-23 Winter Birds 12-31-22 Shady Oaks Sanctuary Highlights from 2022 December birds 12-15-22 November's swan song 11-30-22 Mid-November already! 11-15-22 October is "ober!" 10-31-22 Mid-October update. 10/19/22 Late September, Part Two on 10-8-22 Late September, Part One on 9-30-22
Keywords
bubbler pond rusty blackbird mink fox Tanager bluebird basin warblers Purple Finch
Archive
January February March April May June July August September October November December
© Hummer Haven UnLtd.
Powered by ZENFOLIO User Agreement
Cancel
Continue