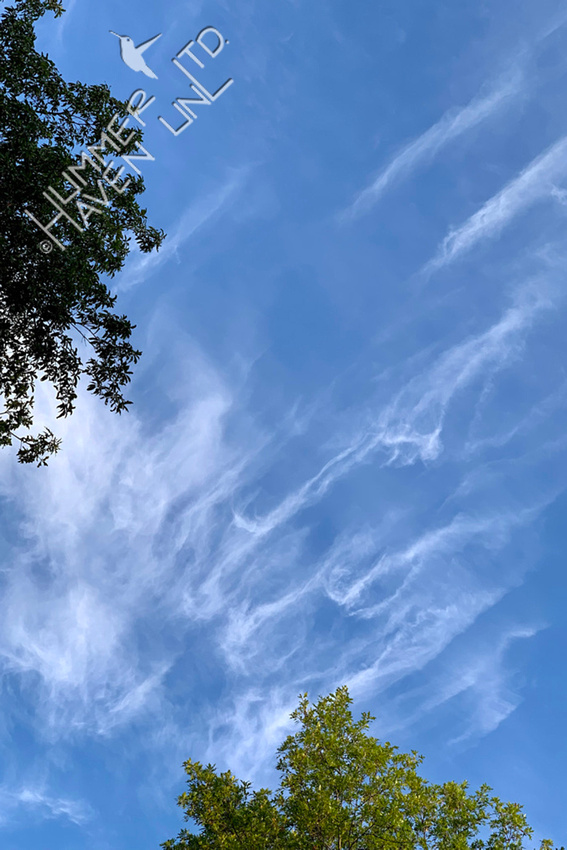 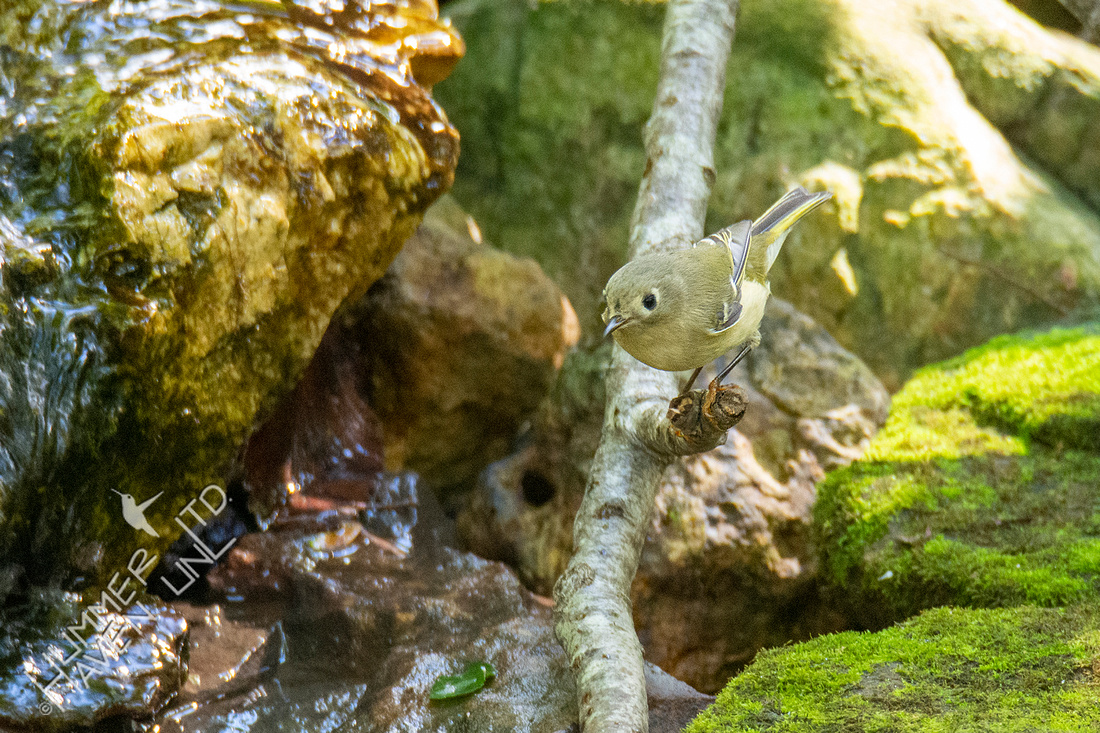 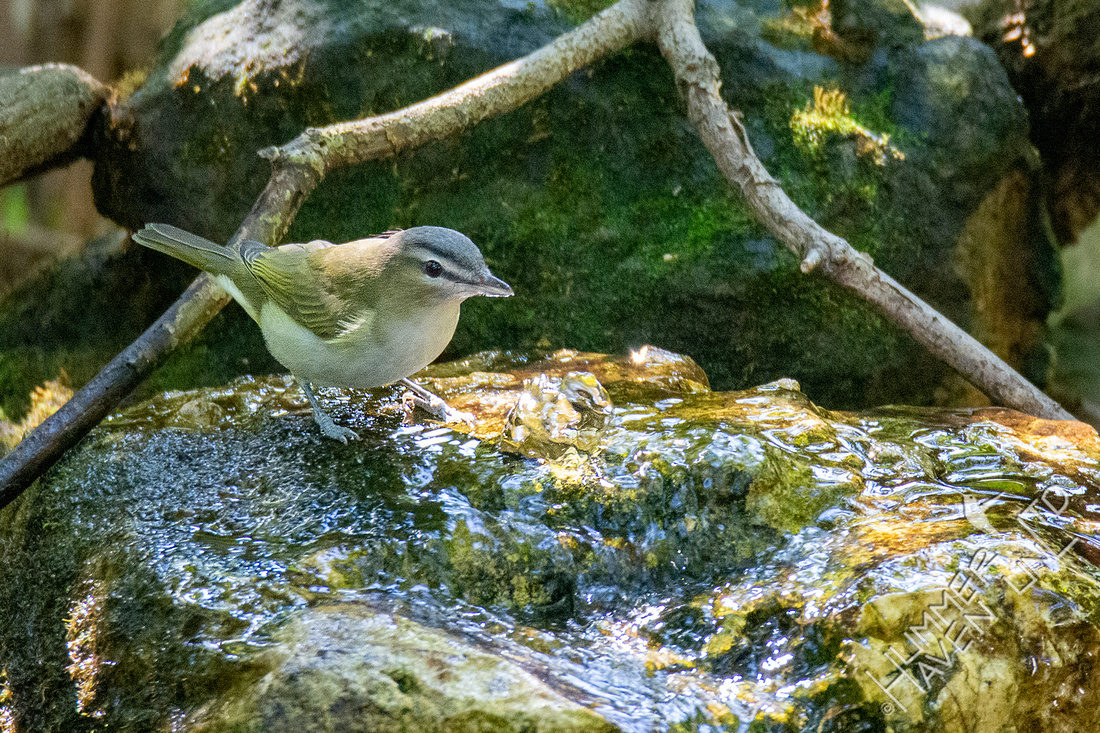 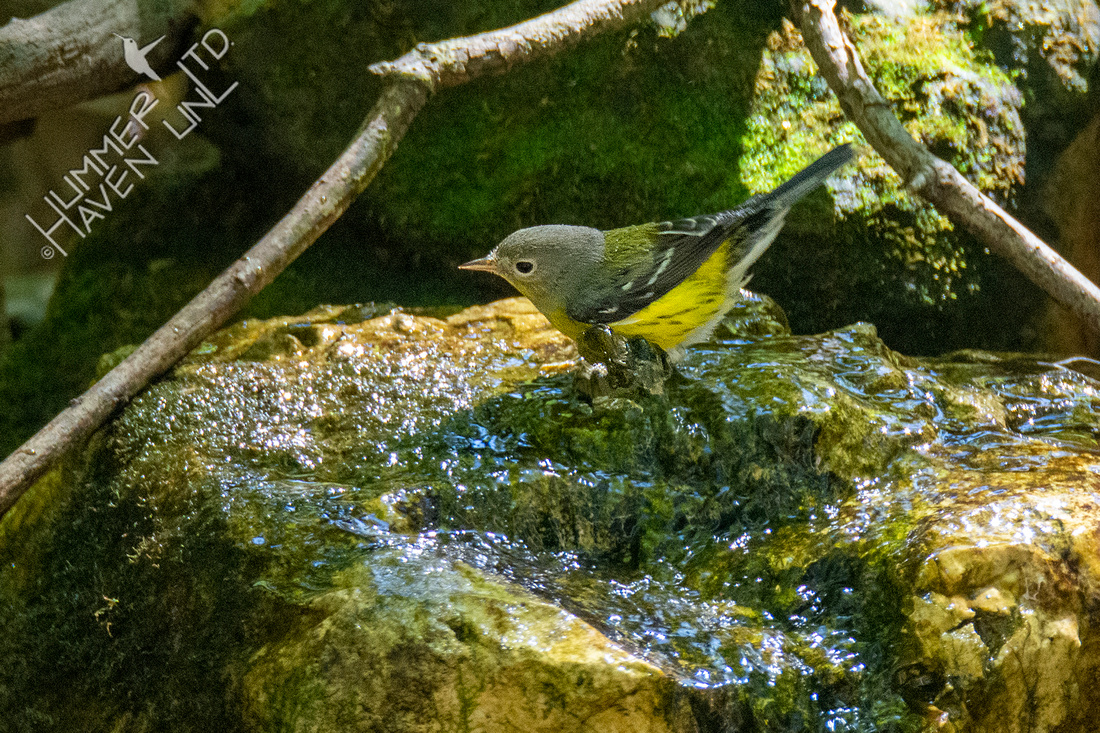 The first of fall Ruby-crowned Kinglet came in on, what else, the first day of Fall, 9-22-21. An immature Red-eyed Vireo visited the bubbler for the first time. Look closely, it has brown eyes, thus it is a first year bird. Magnolia Warblers have been around the last week, too. 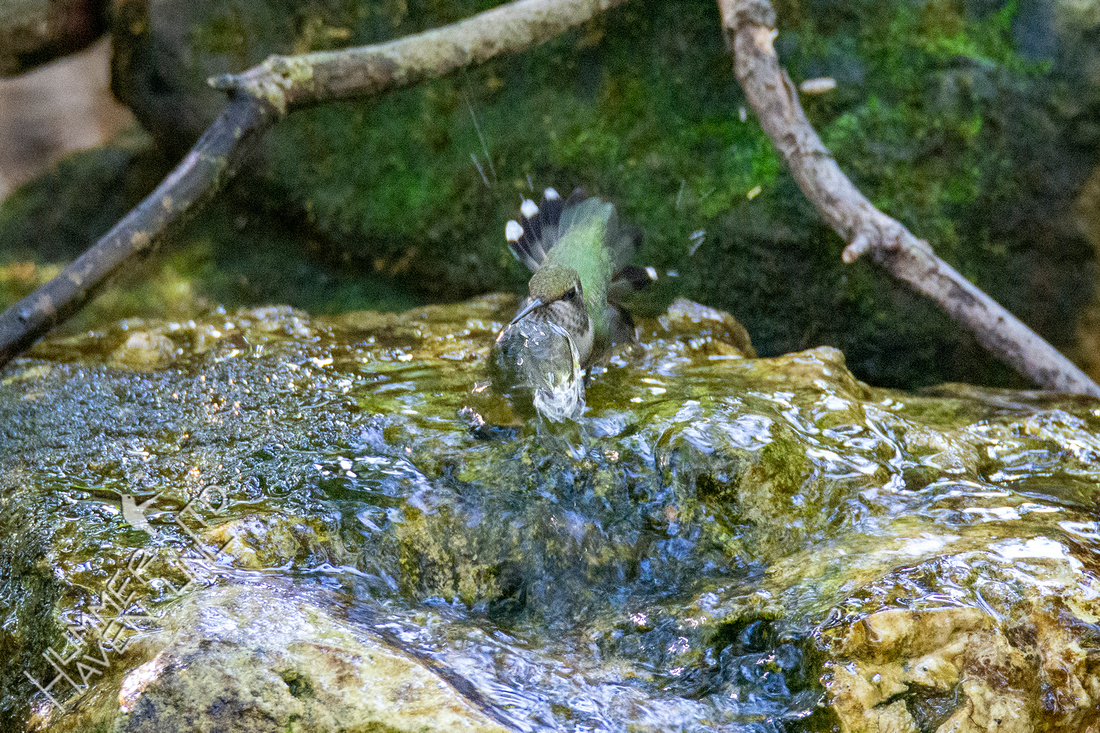 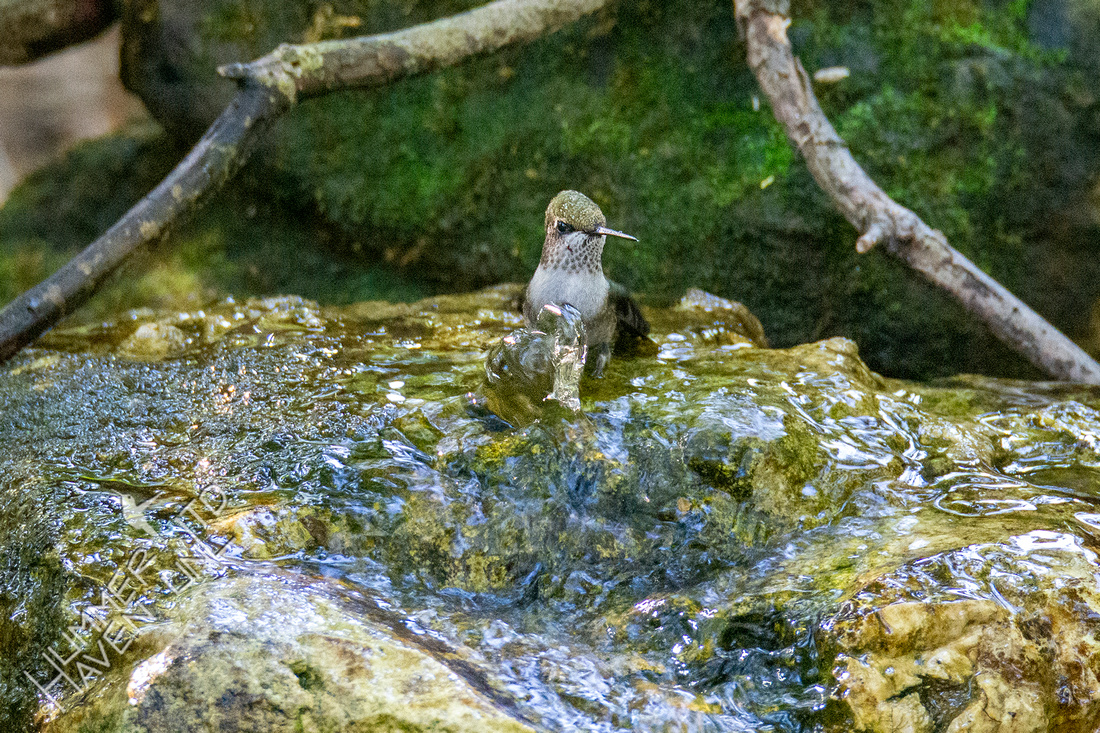 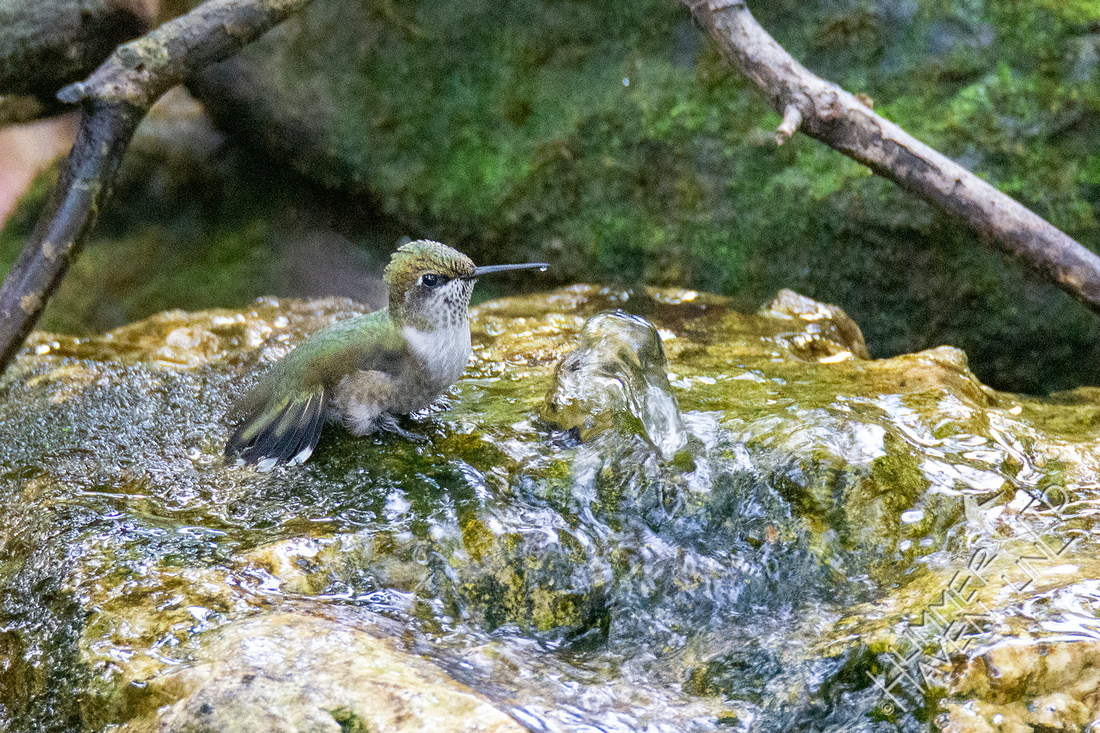 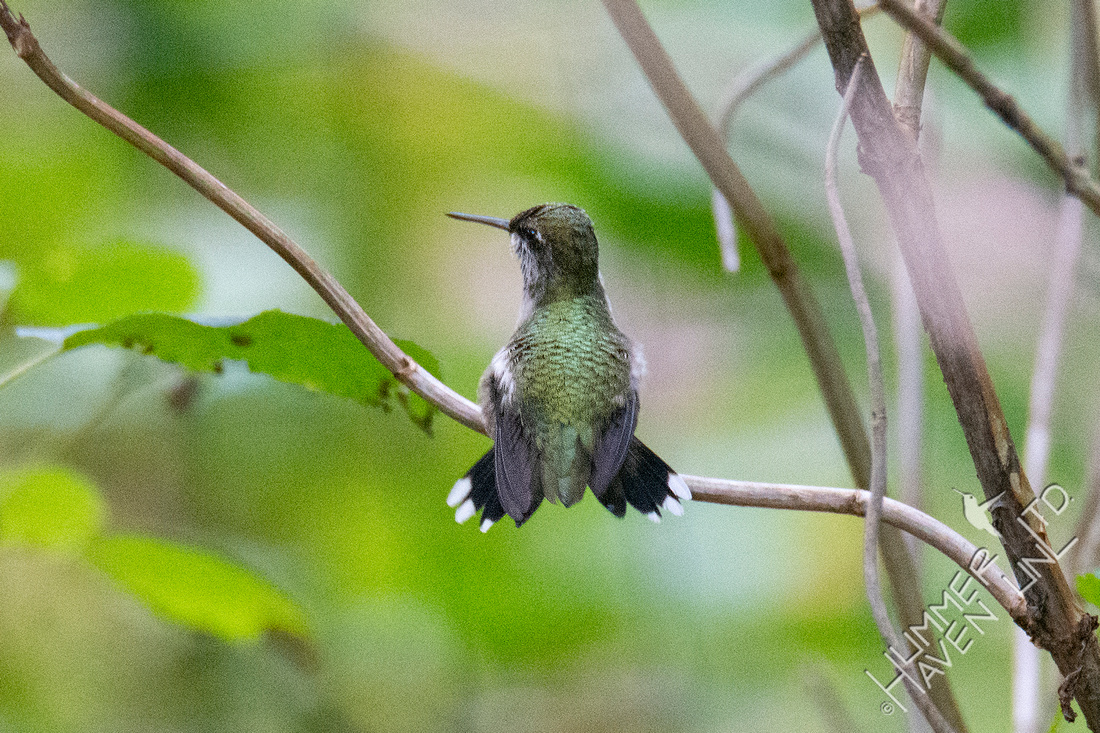 A young male Ruby-throated Hummingbird has come in to bathe two days. It has one little red feather below its right eye, so I'm quite sure this is the same bird. It perched and preened in the smooth hydrangea before going back to the jewelweed. 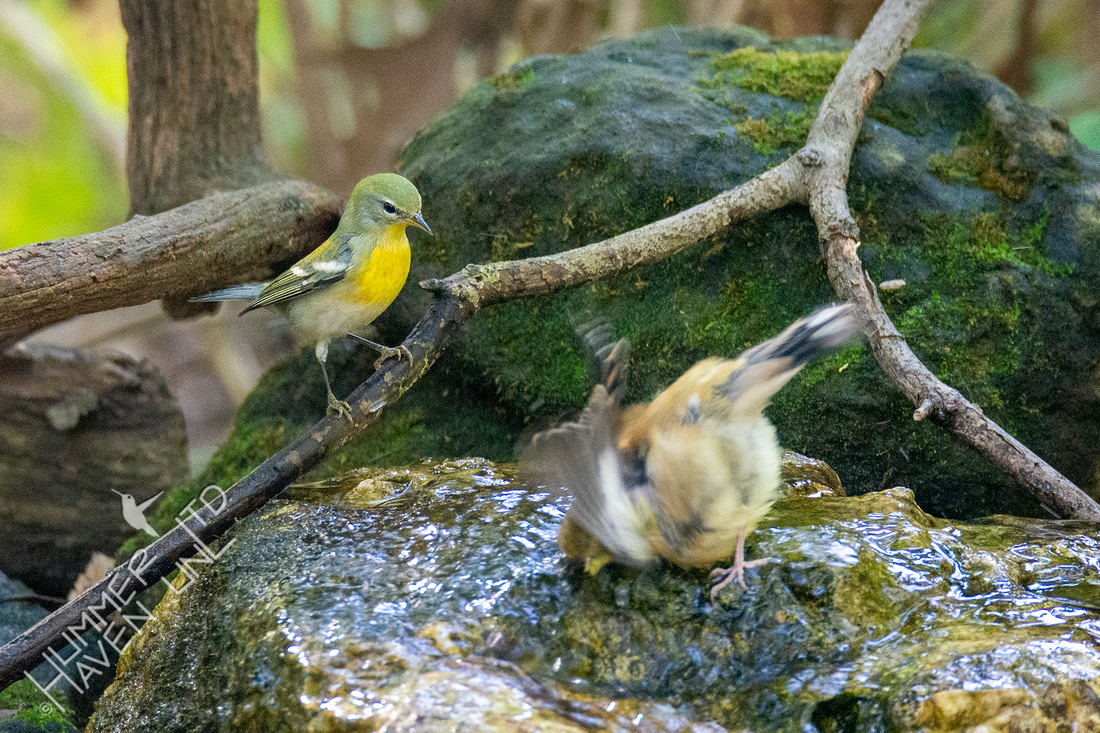 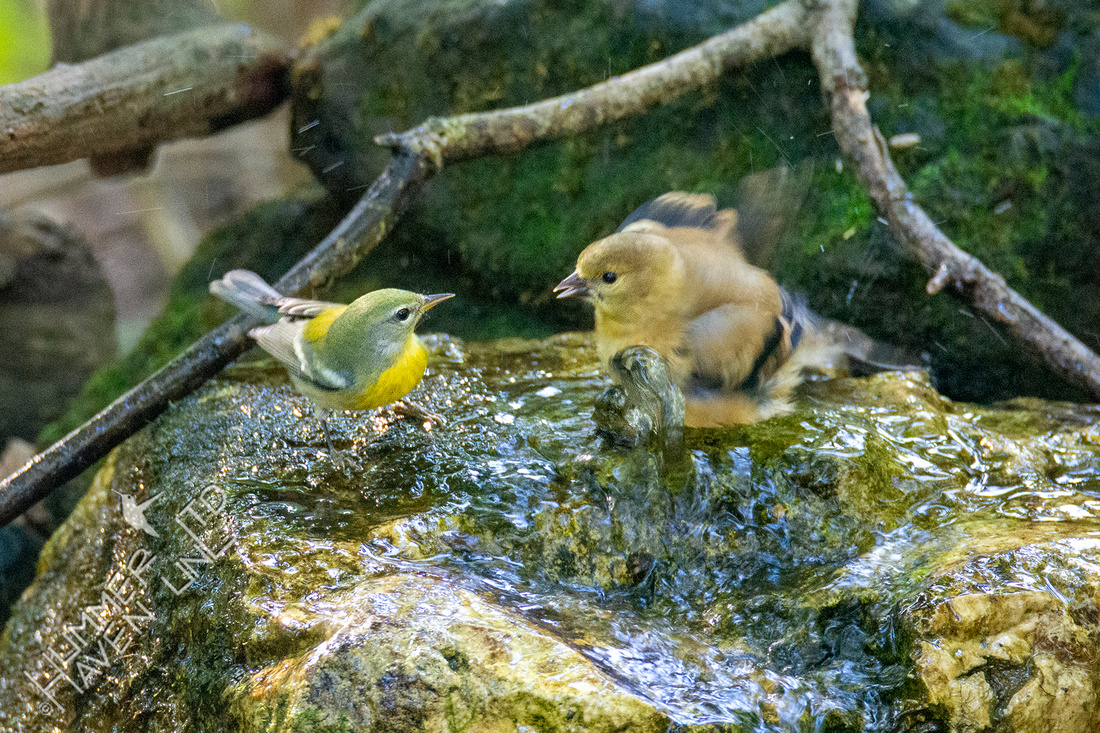 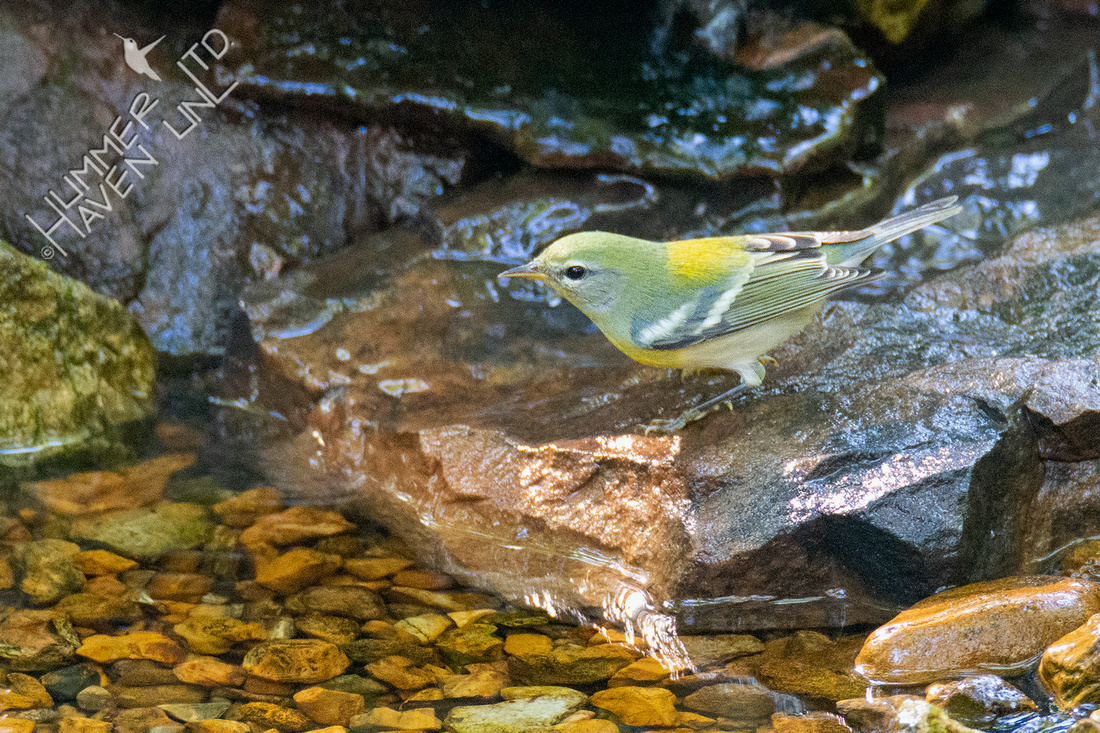 A female Northern Parula had a bit of trouble getting to the water, the American Goldfinch wasn't having it. It looked at the basin and decided to come back later and it had the place all to itself. Listen for the Red-bellied Woodpecker, Hairy Woodpecker, American Crows and other birds in the background. 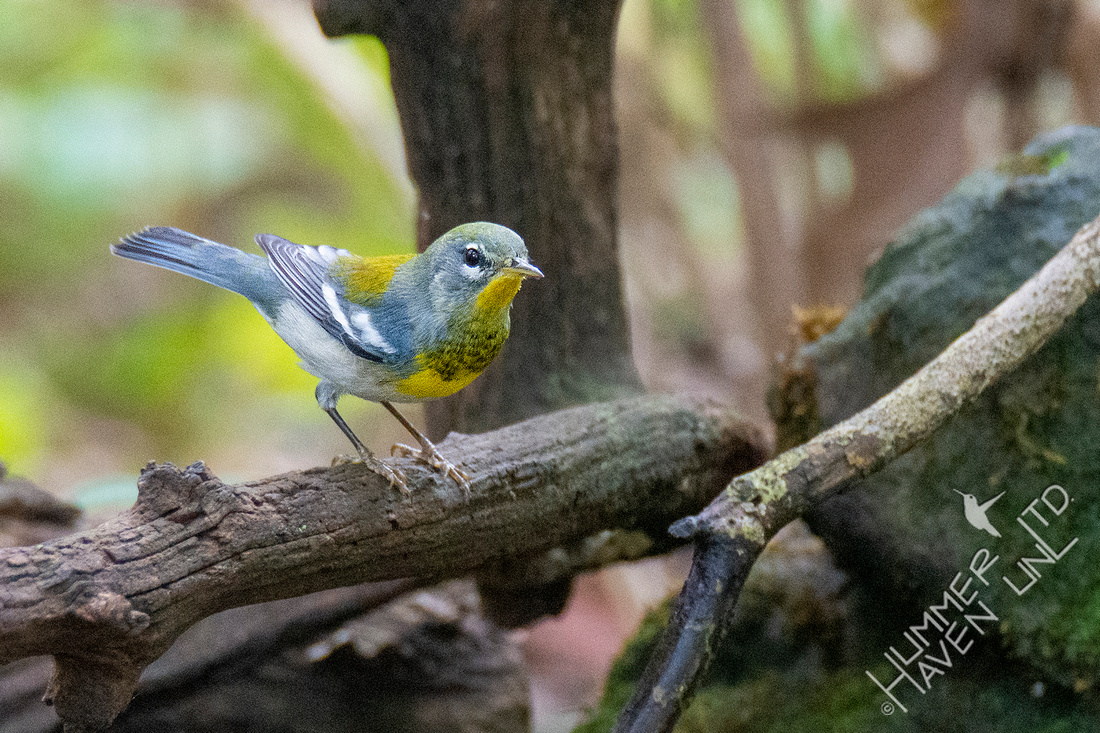 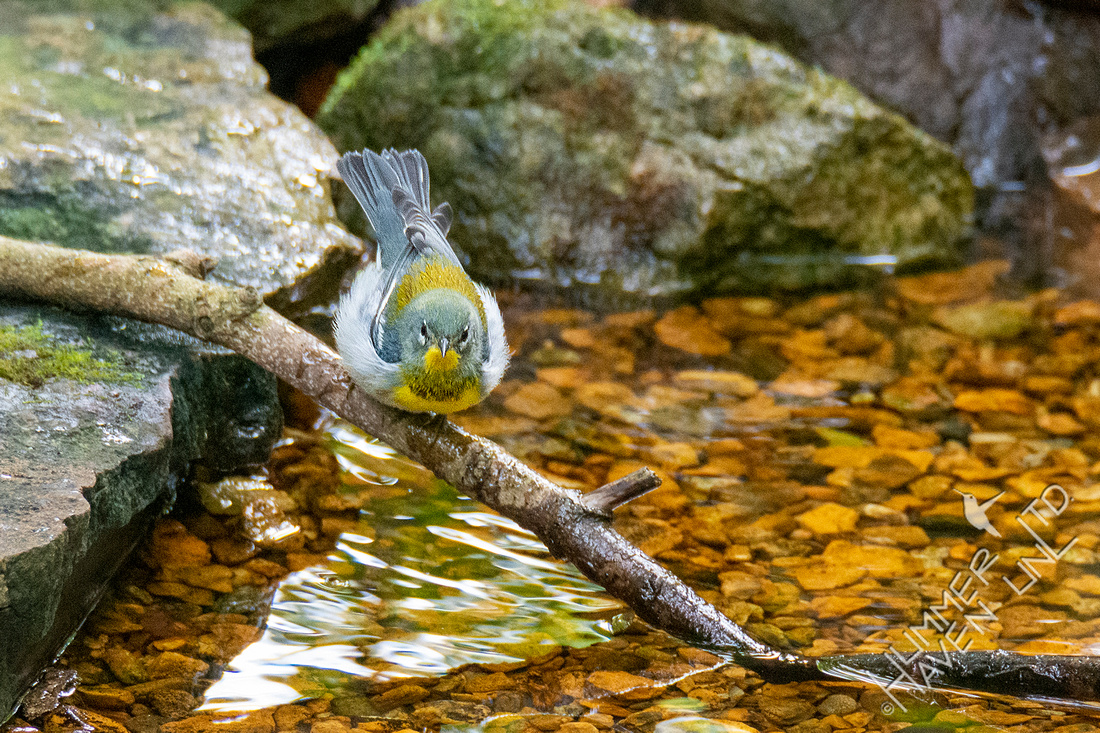 A strongly marked male Northern Parula was at the bubbler on this last day, 9-30-21. The white belly is much more pronounced when it's all fluffed out! 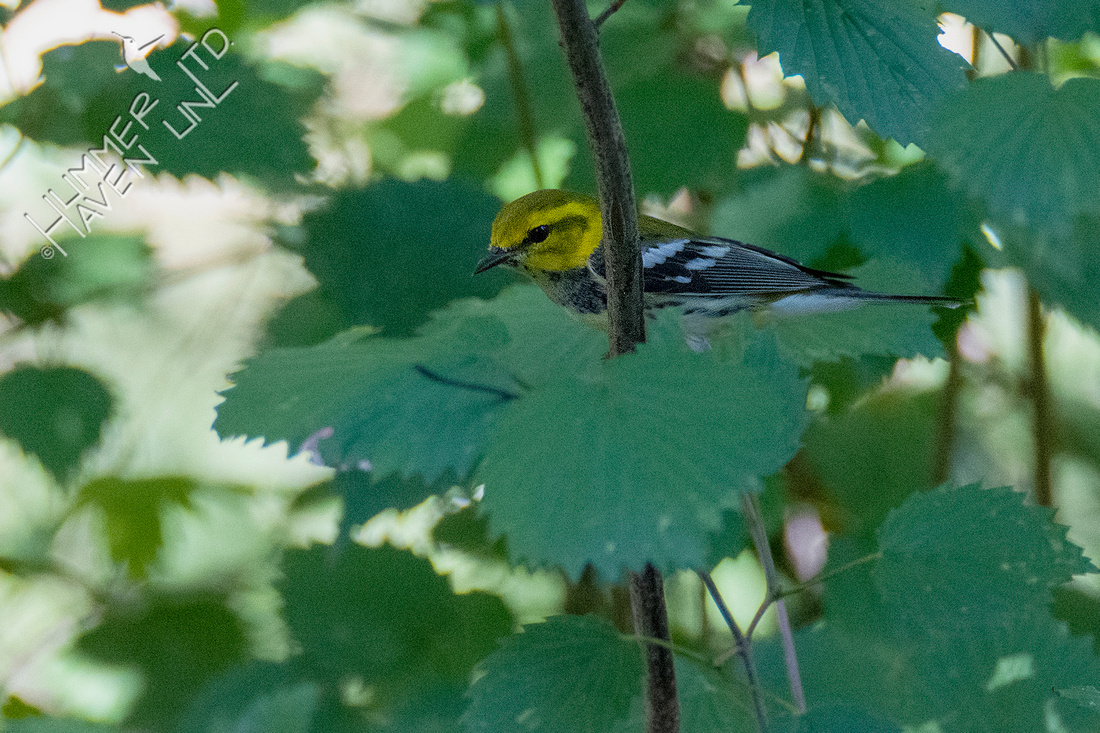 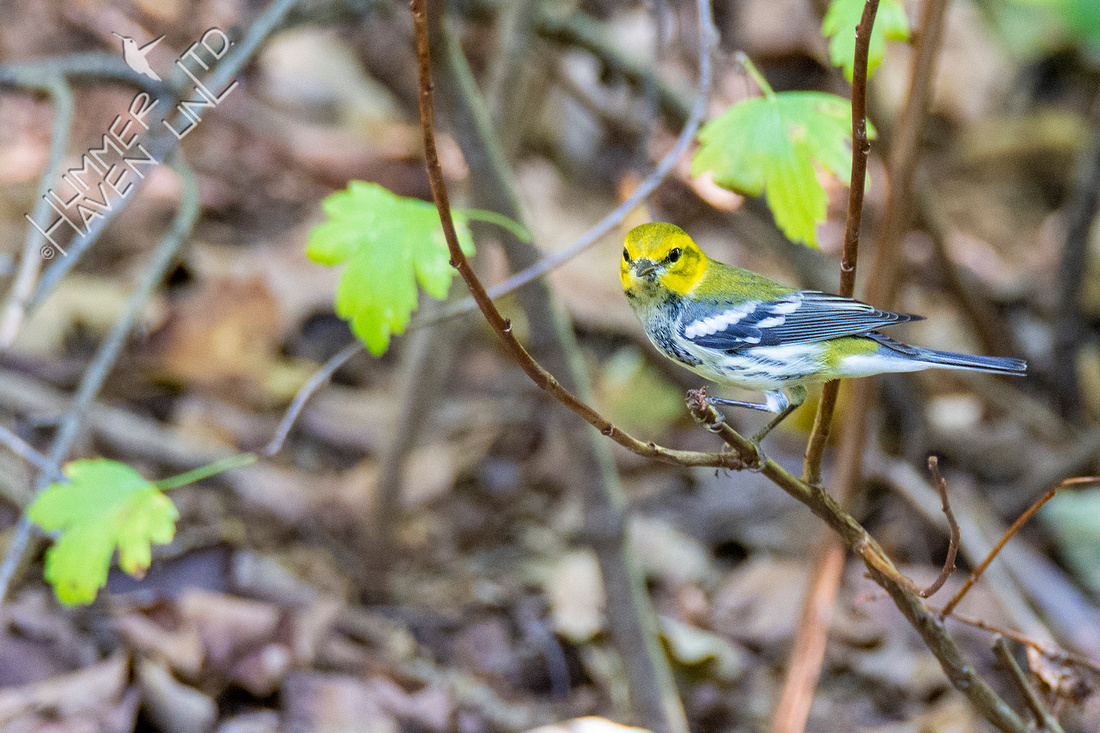 Black-throated Green Warblers have been easy to find, foraging in the viburnums and golden currant. 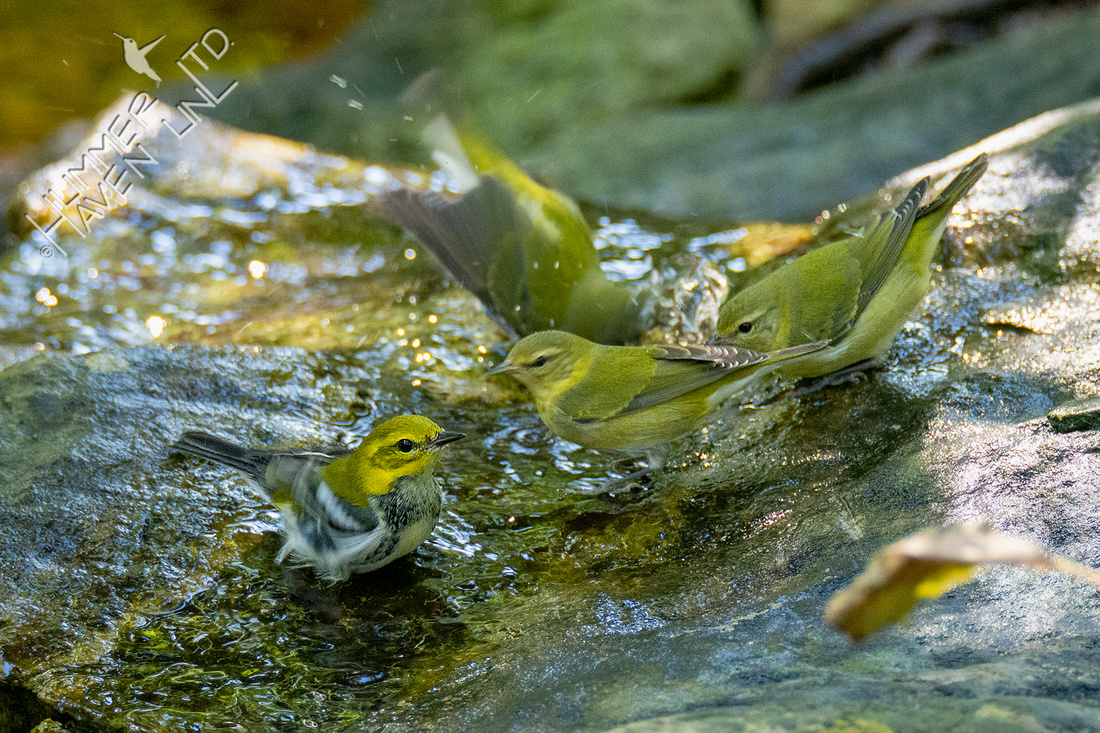 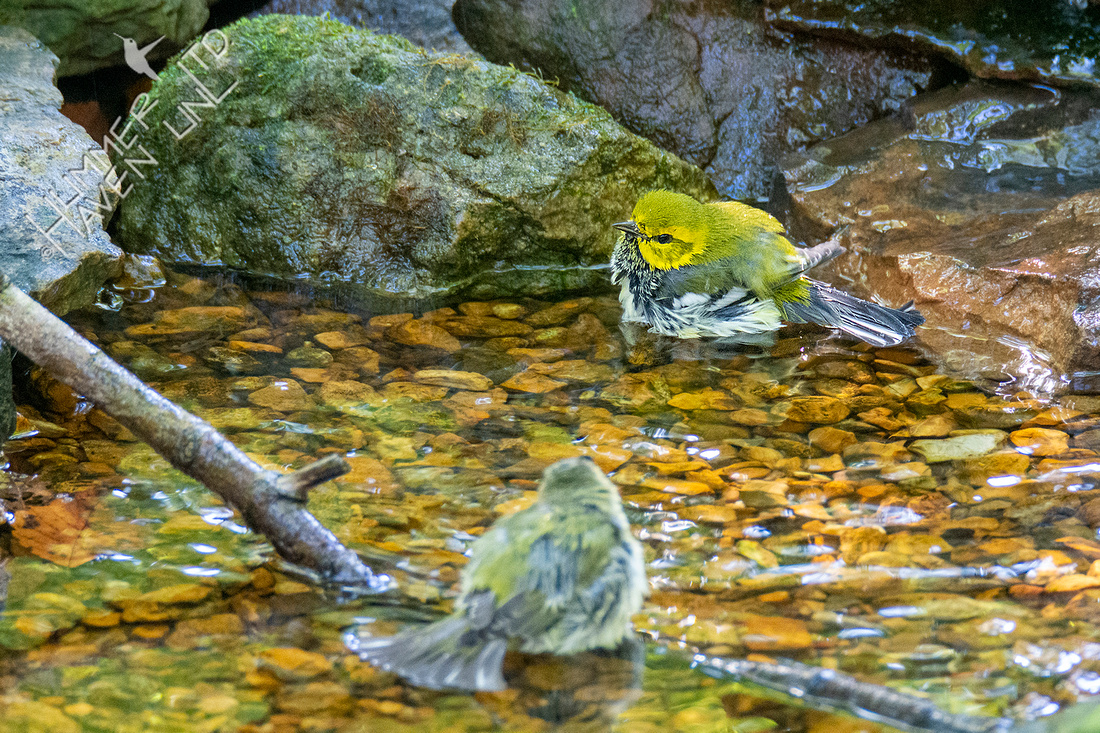 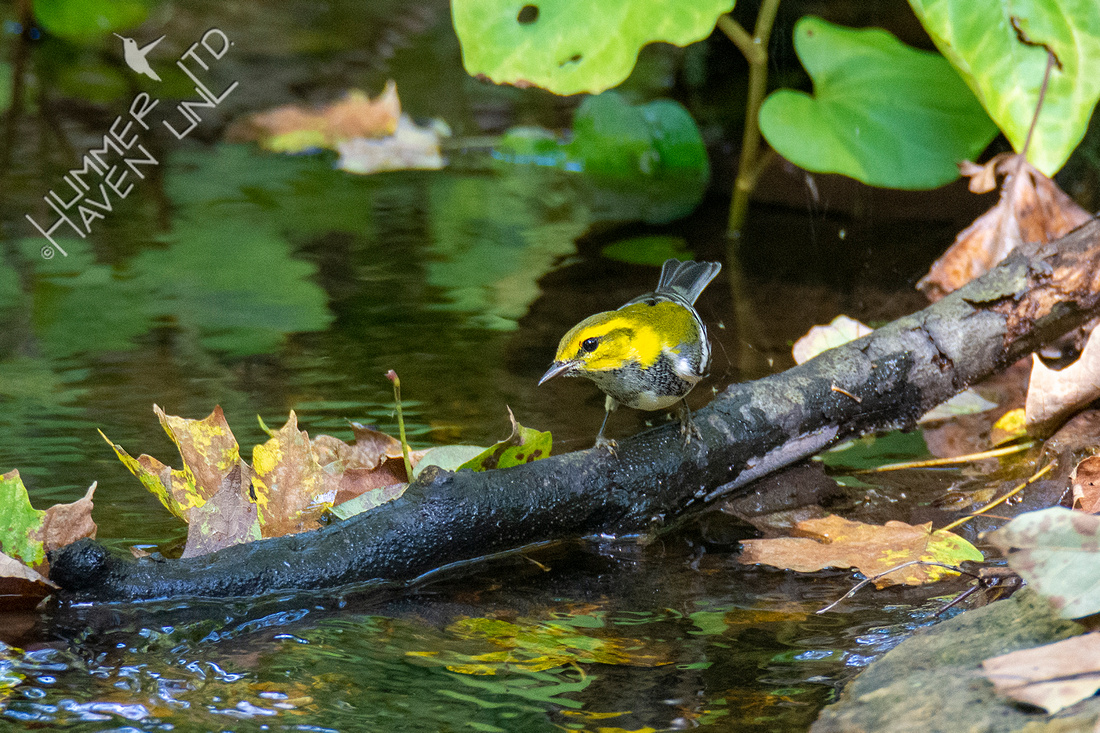 Black-throated Greens are also frequent visitors to the water features, along with Tennessee Warblers. 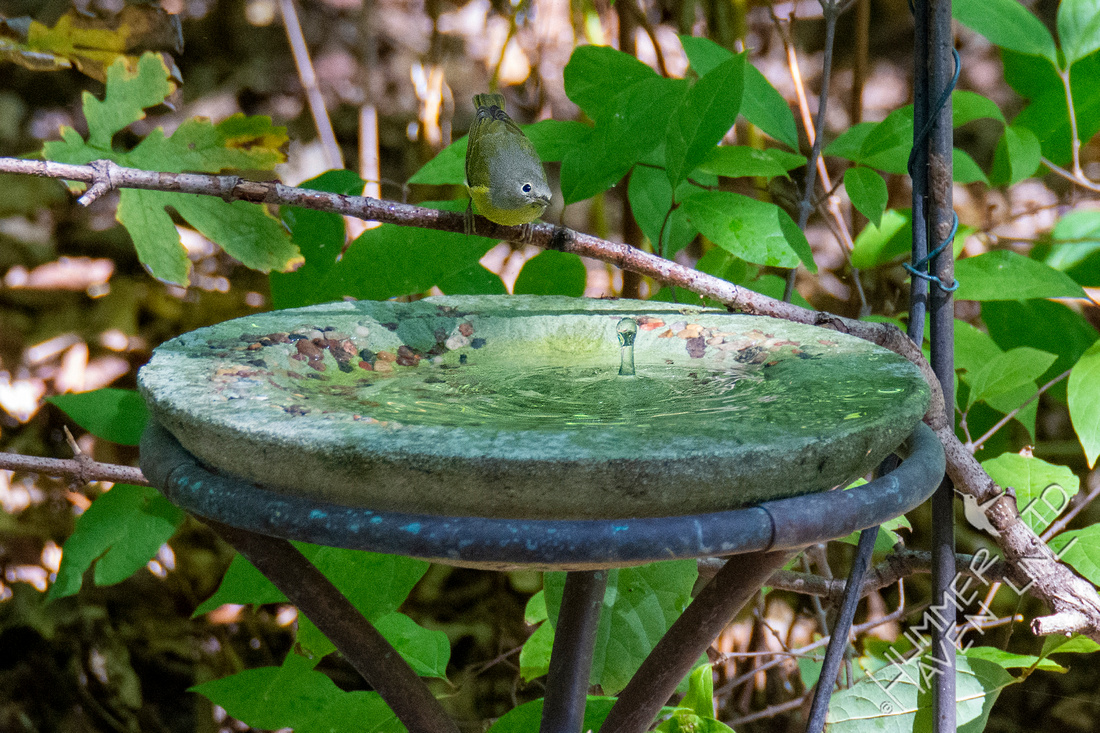 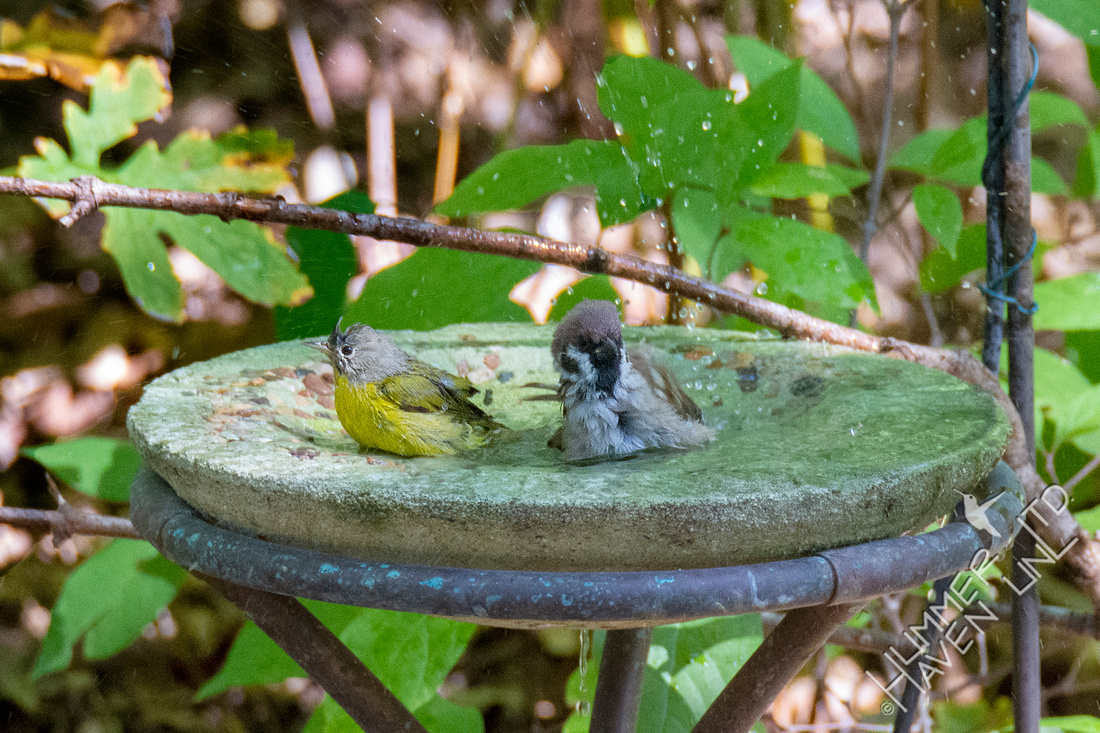 A little Nashville Warbler studied the dripper before going in, and then was joined by a Eurasian Tree Sparrow. 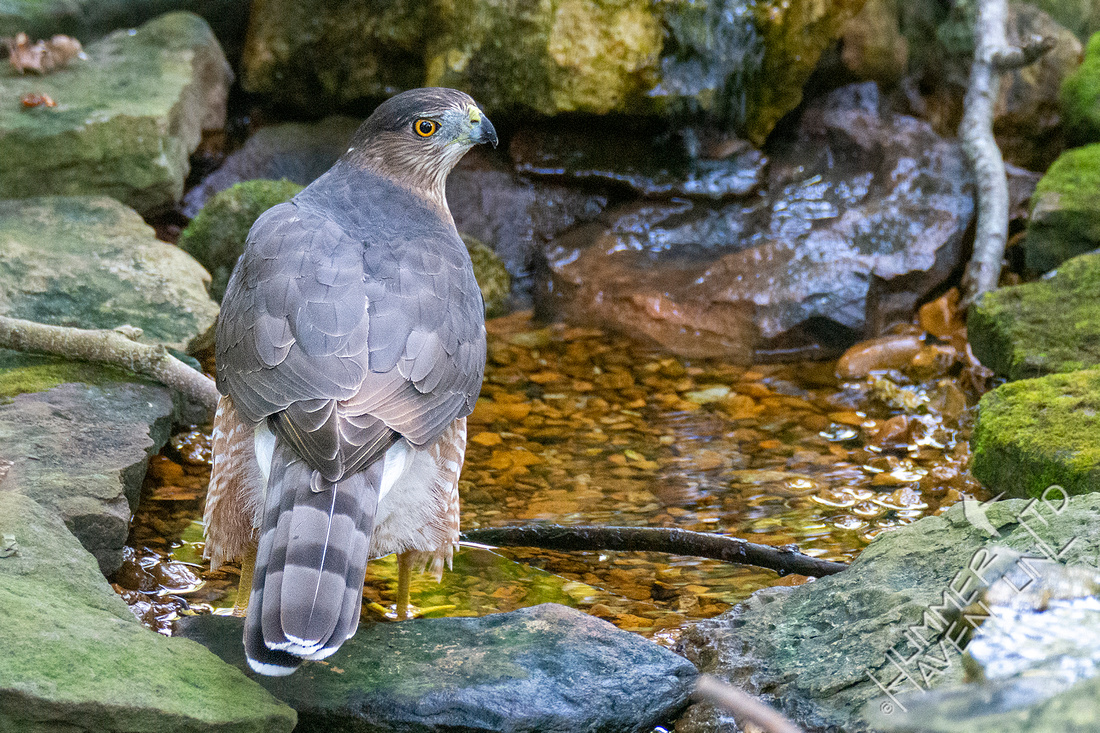 An adult Cooper's Hawk got in a late dip one evening. 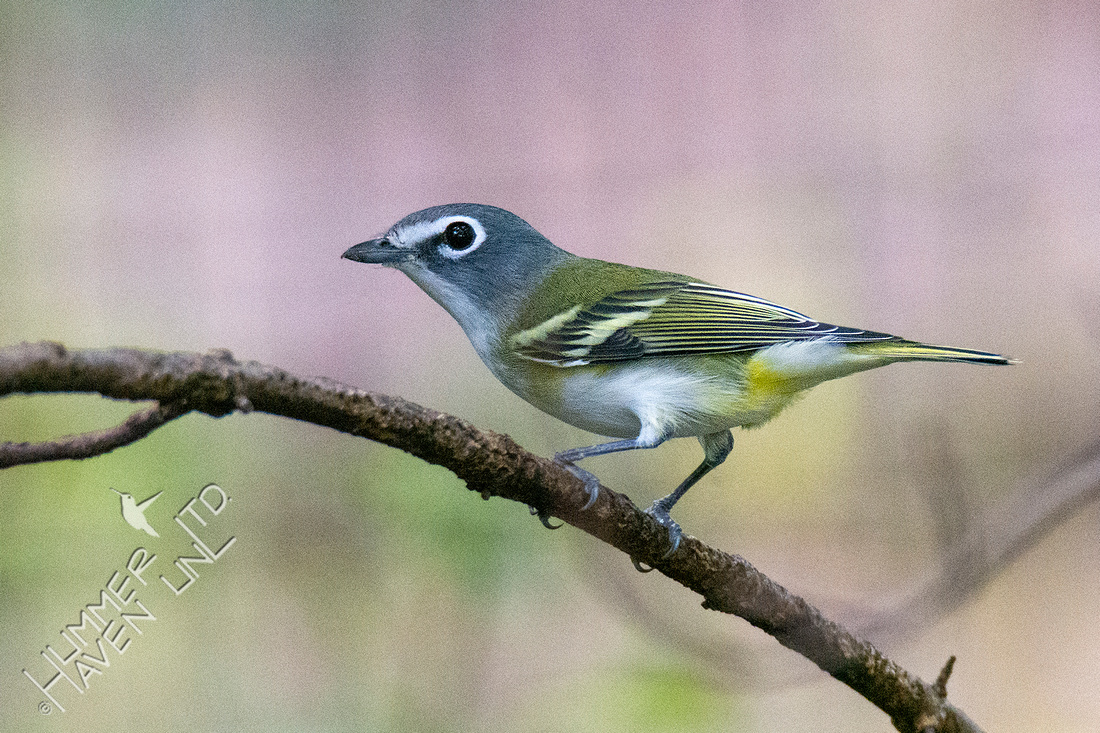 Our first of Fall Blue-headed Vireo showed up on this last day of the month, too. 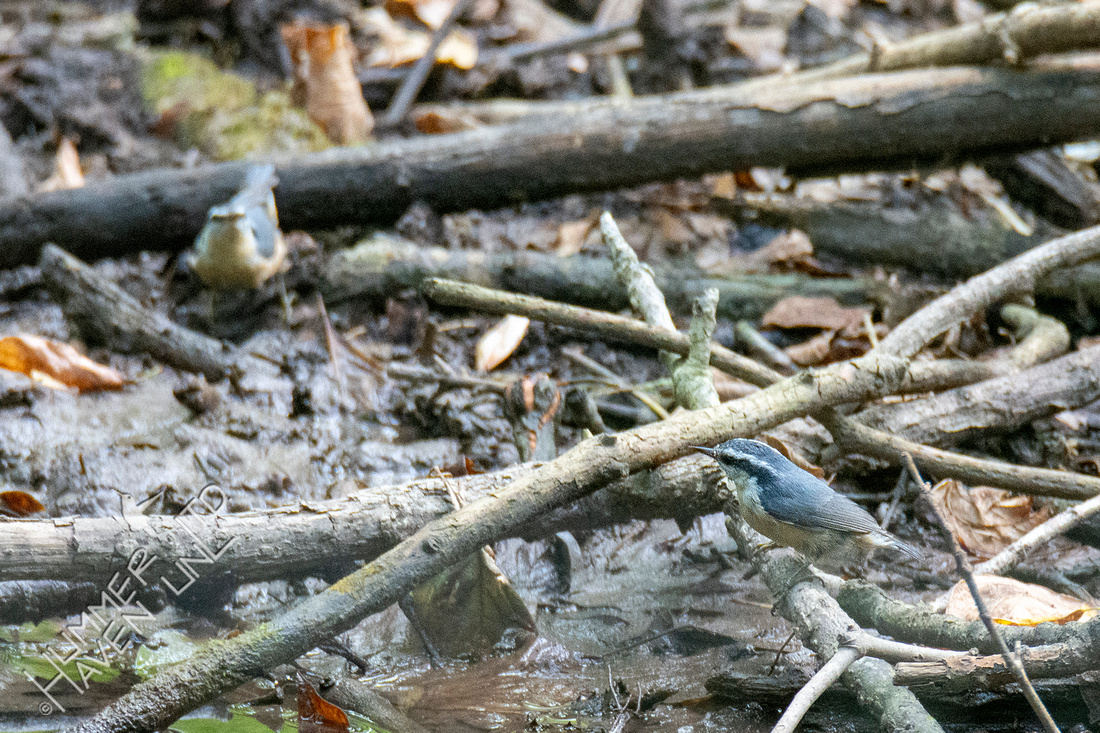 I saw a bluish-backed bird flitting around the sump puddle and on closer inspection, there were two female Red-breasted Nuthatches there, getting quick sips of water. 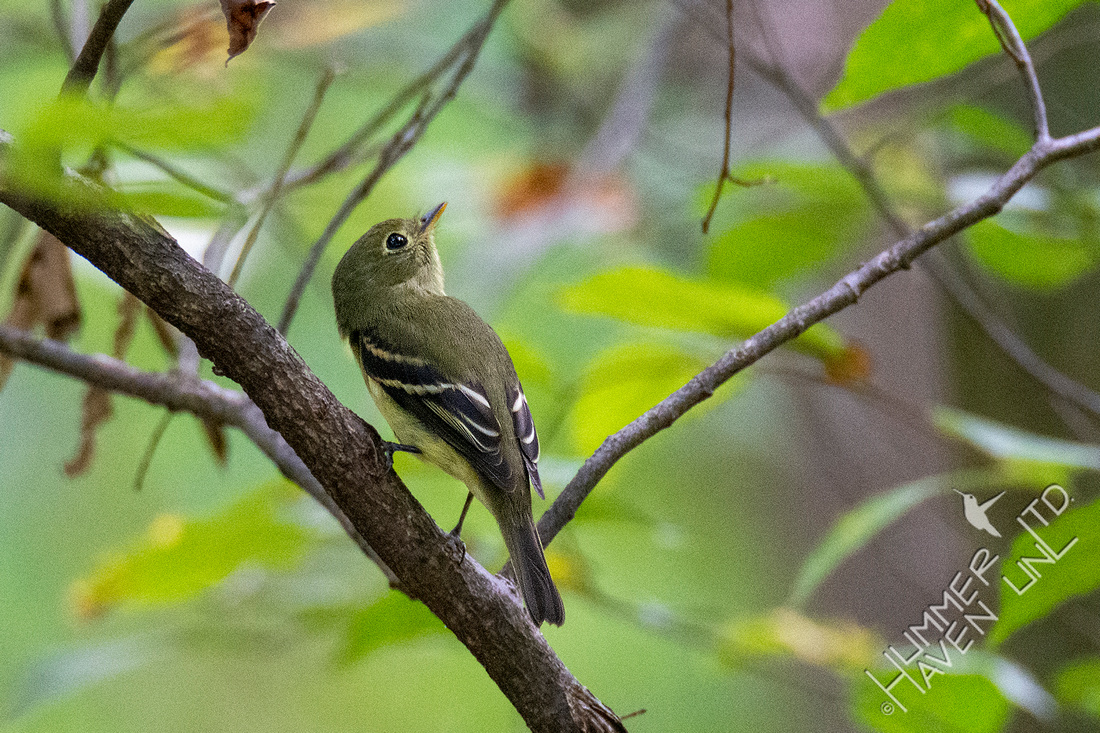 Another Yellow-bellied Flycatcher was busy in the woodland. Now, it's on to the last quarter of the year with October's arrival!