Celebrating 21 years with the Bubbler! 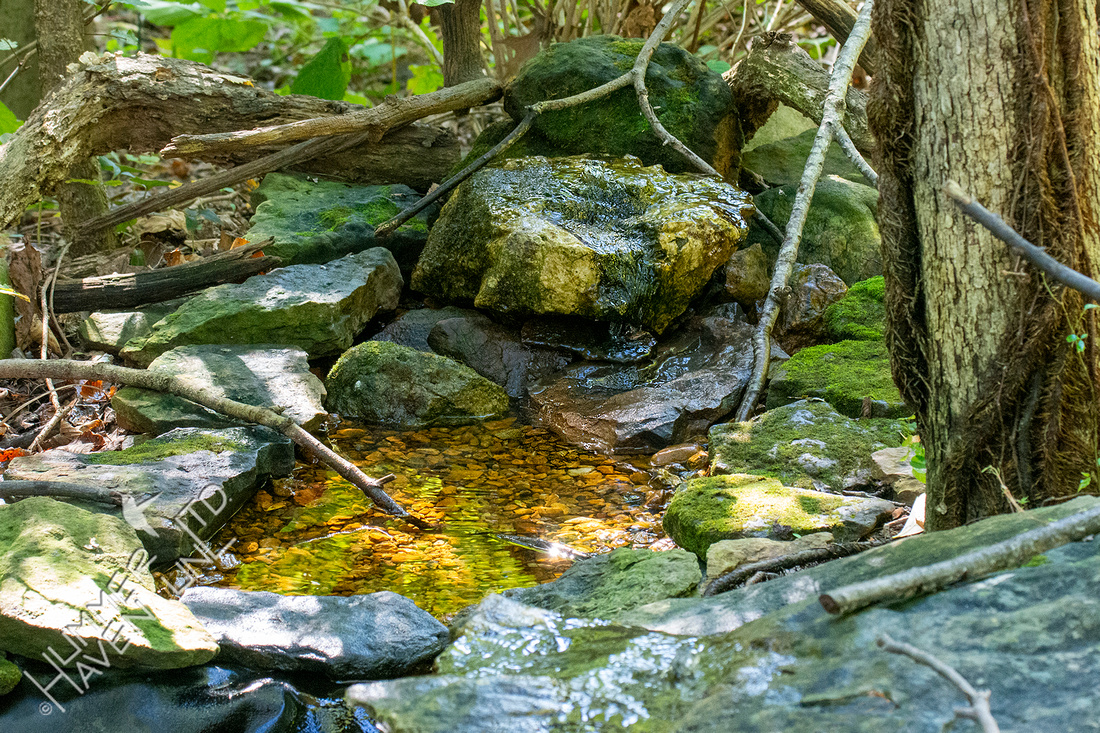 The Bubbler is 21 years old!

For the very first time, a Ruby-throated Hummingbird came to bathe before heading south for the winter. Our last sighting of one was on 10-3-21. Through the years, the Bubbler has attracted all sorts and sizes of birds. As of today, the Bubbler count is at 123 species plus 2 hybrids. 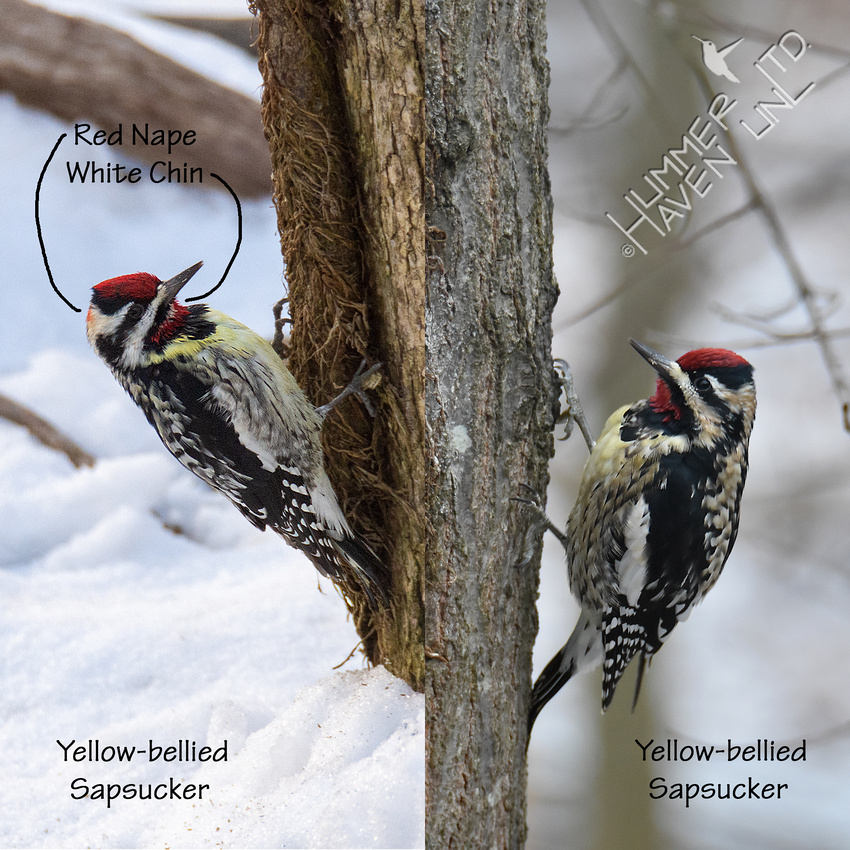 Recently, I was informed by a member of the Missouri Bird Records Committee that the Sapsucker that came to the Bubbler in February had characteristics that were within accepted parameters for a Yellow-bellied Sapsucker. So, even with red feathers on the nape and white feathers on the chin, it was not accepted as a Red-naped Sapsucker. I'm not really disappointed, I'm just grateful that I was able to get clear photos of these details for evaluation by the experts. Birds sure keep you on your toes! 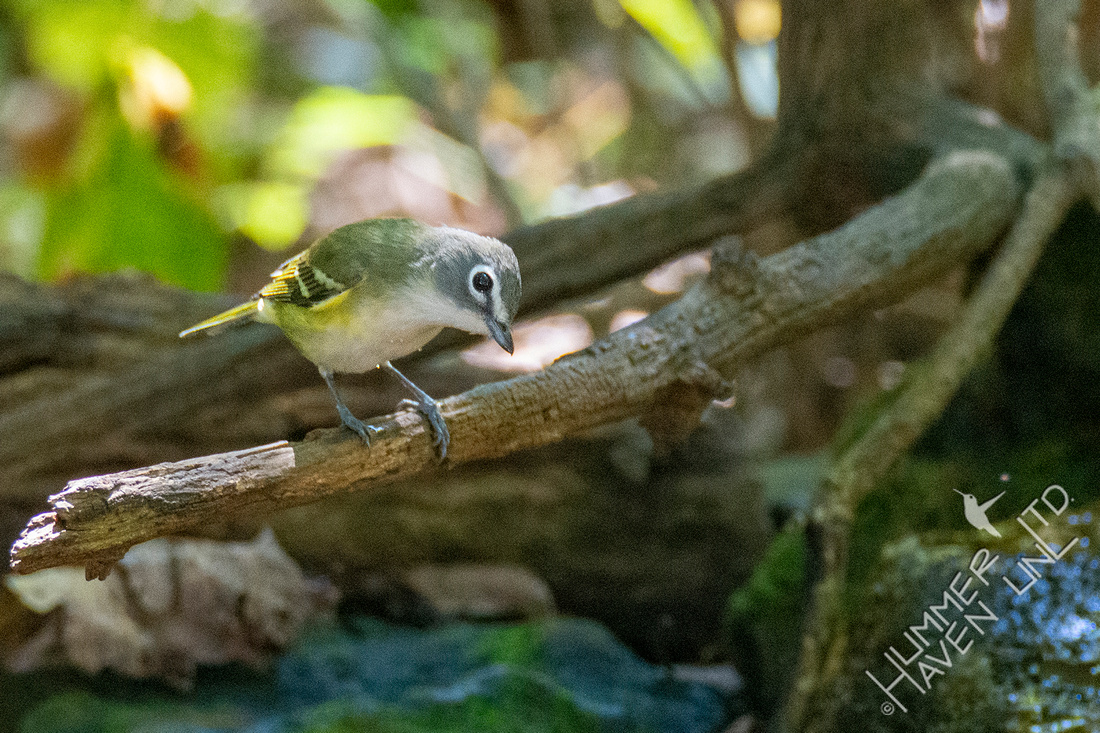 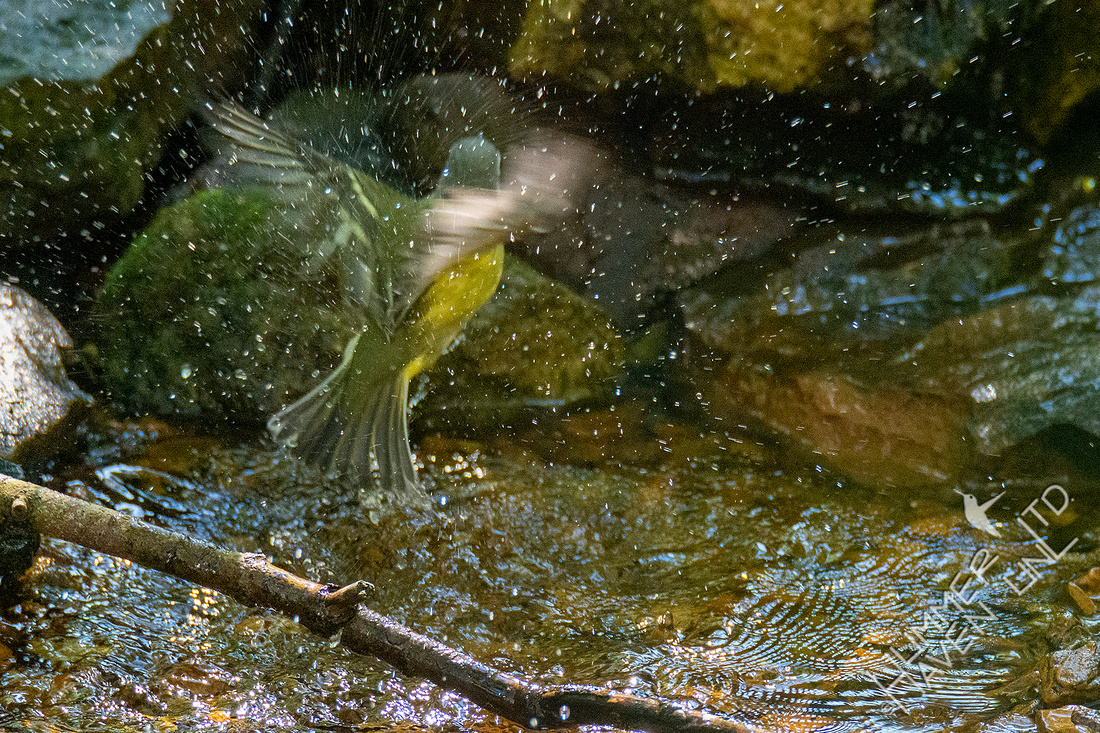 Another Blue-headed Vireo came in on Sunday, 10-10-21. They sure do love to splash-bathe! 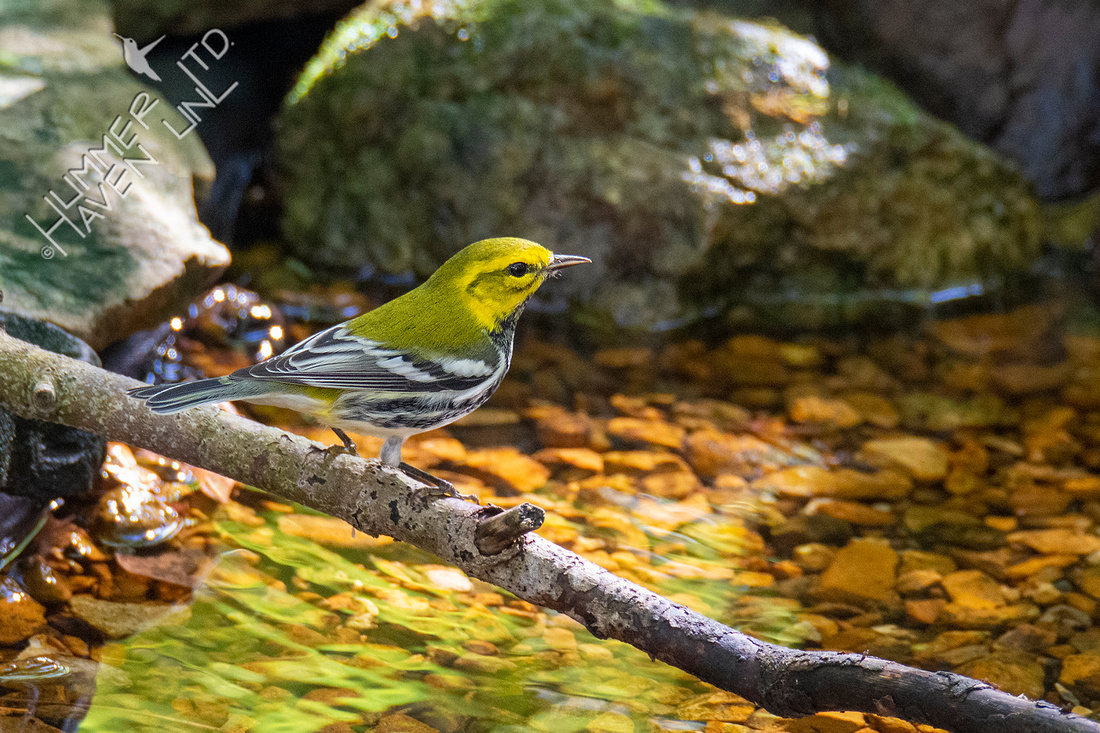 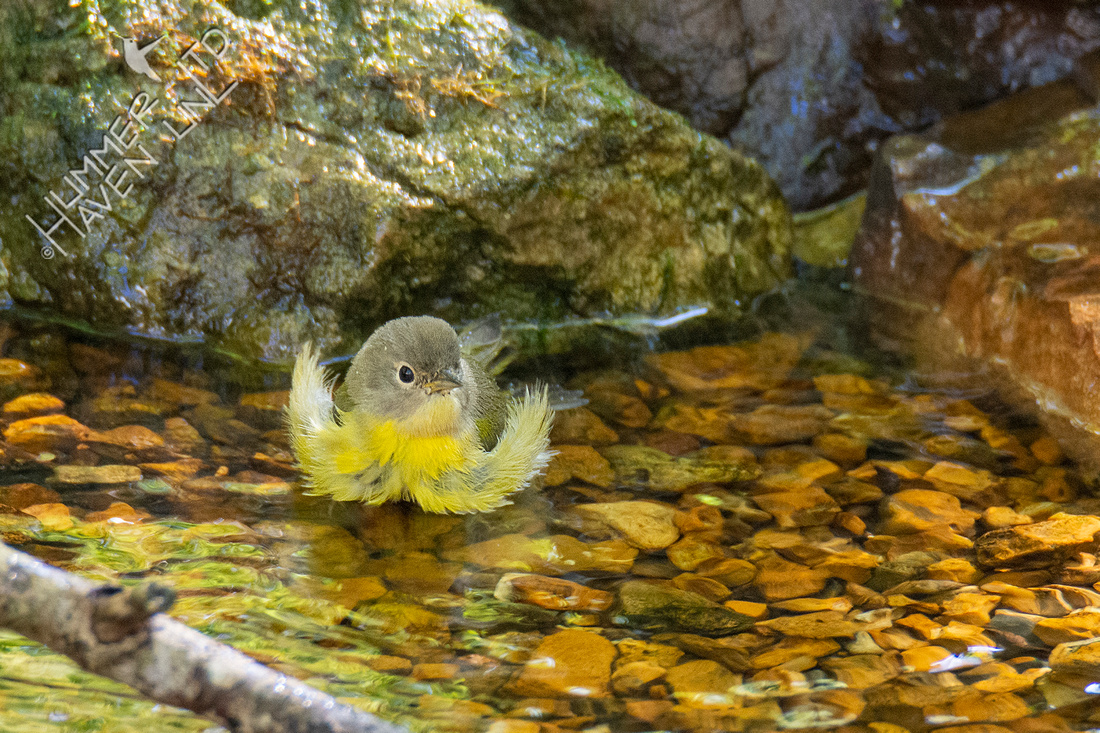 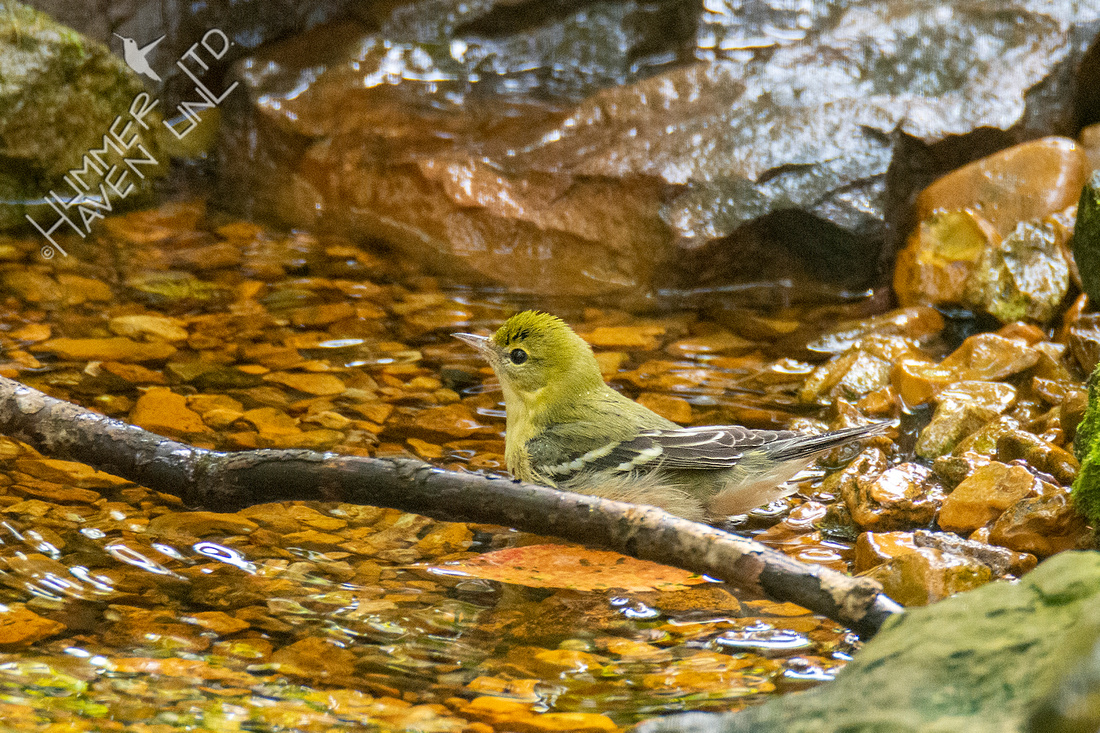 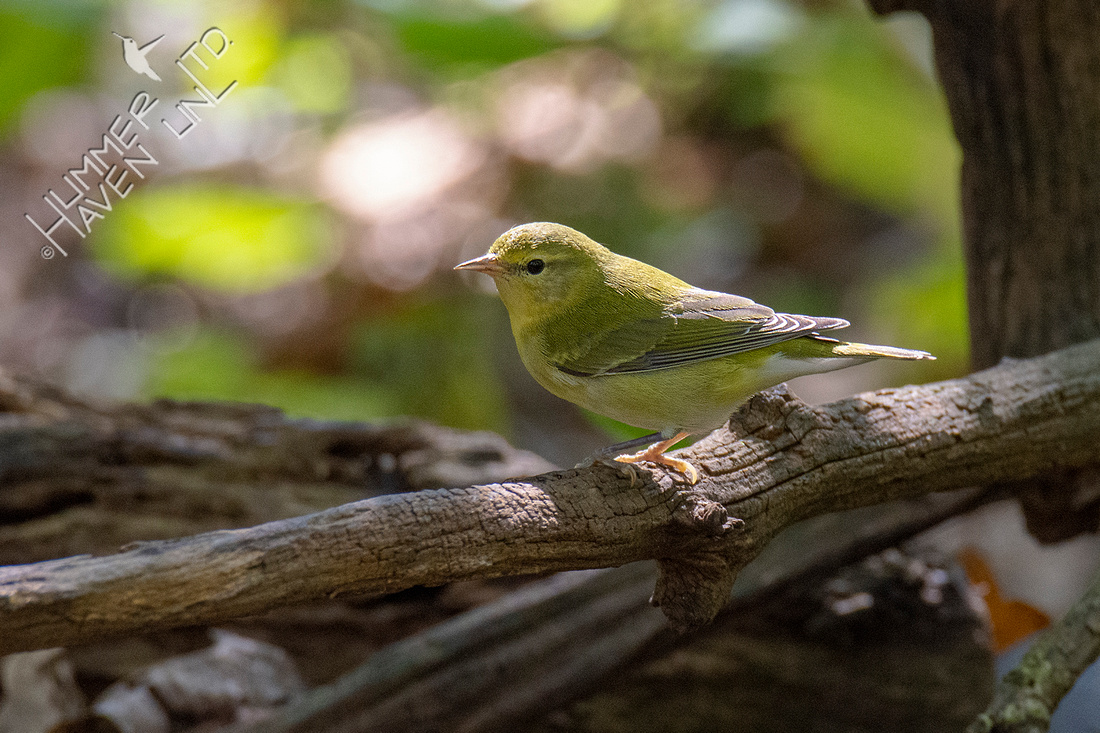 Warblers have been coming through, in smaller flocks. Black-throated Green and Nashville, Bay-breasted and Tennessee Warblers have been pretty consistently seen through this last period. (Still waiting for a late surprise...) 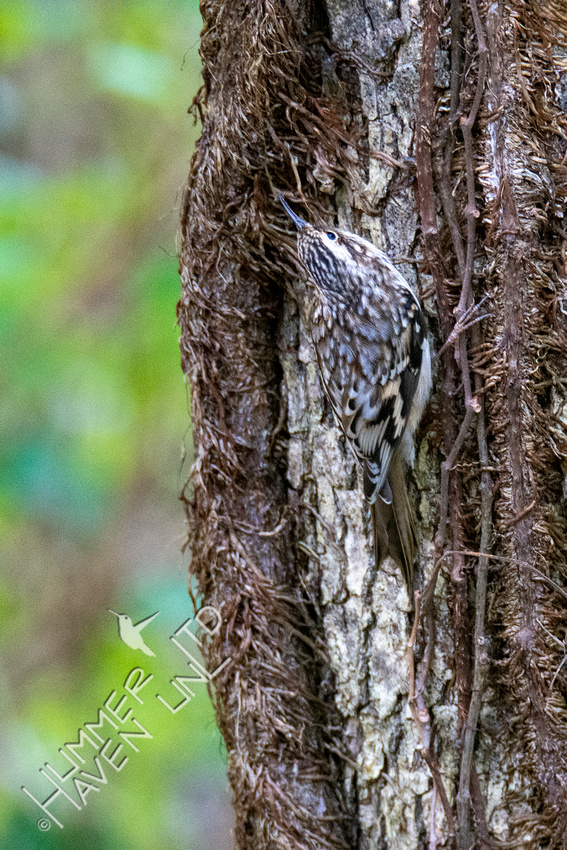 Three Brown Creepers came in on Friday, 10-15-21. It took a few days before I could catch one with the camera. They blend in so well! 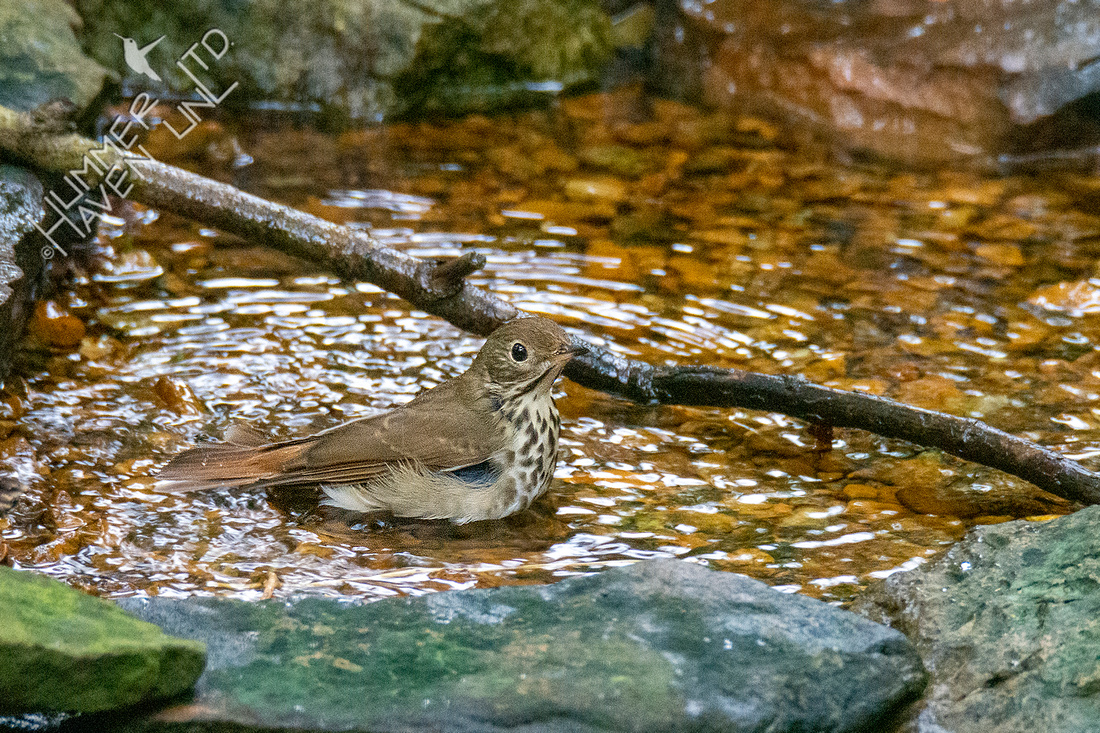 Our first Hermit Thrush of fall showed up at the Bubbler the same day as the creepers. It was seen again the next morning, before sunrise,  and not for very long. 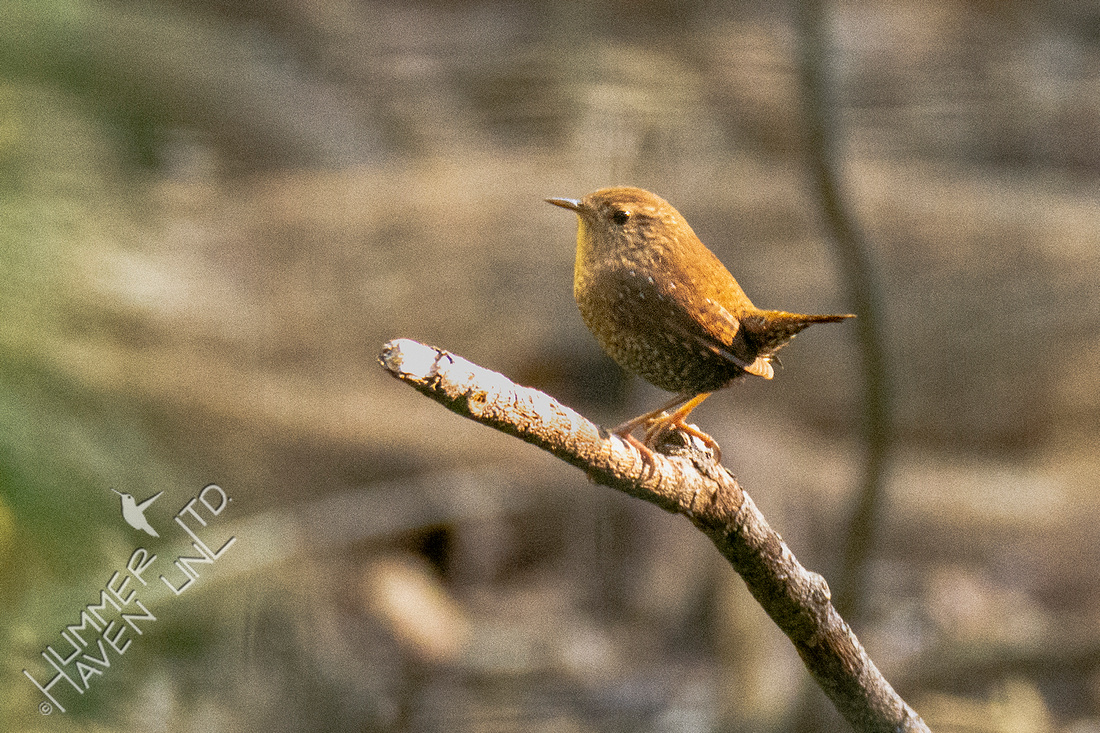 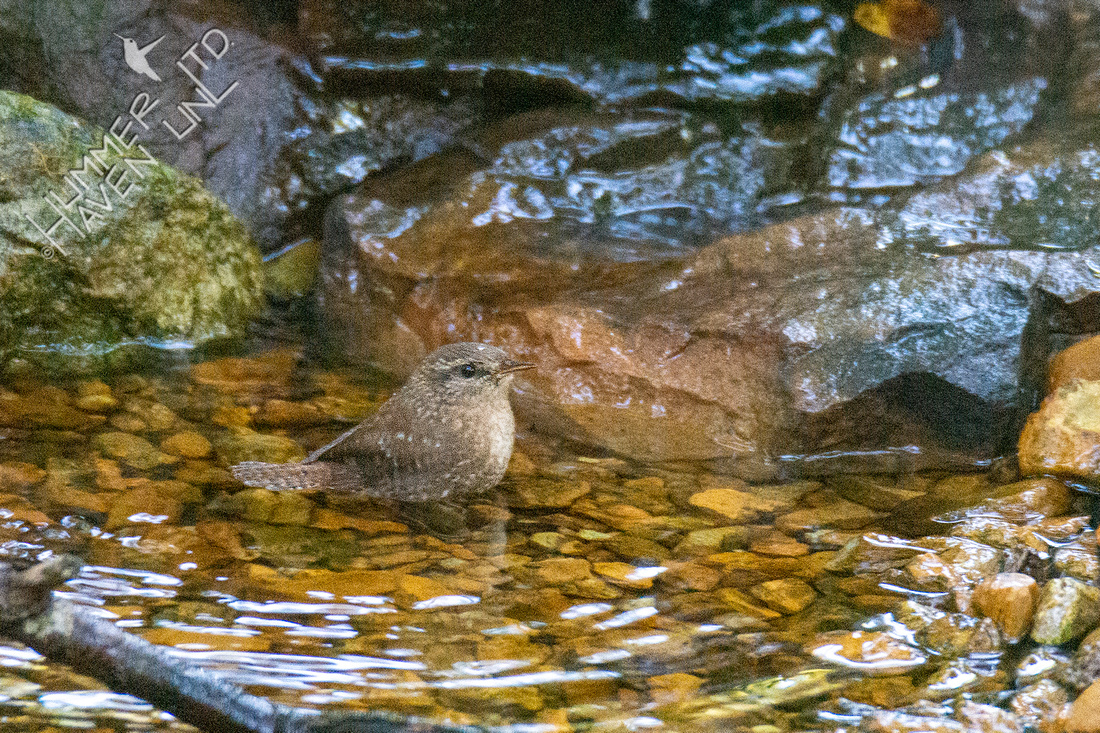 This diminutive skulker was seen hopping about the brush pile in the sump puddle area, playing hide-and-seek with a chipmunk. The Winter Wren has been in the Bubbler area a few times, foraging in the leaves nearby. It's always pretty dark when this bird decides to get in! 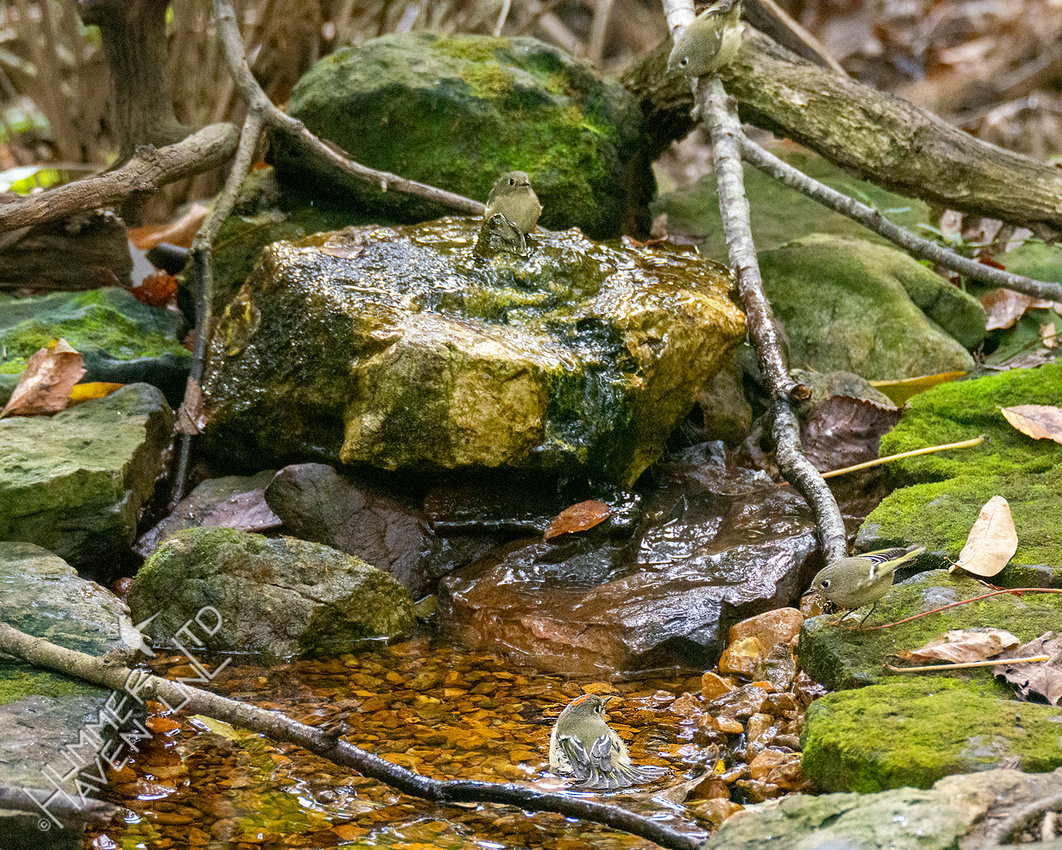 Today, I had just written a friend who had commented on how much she enjoys the blog. "It transports me for a while from my everyday worries," she said. I admitted that it's been a struggle for me, too, if I'm honest. Writing the blog helps me to stay positive about creating habitat and excited about connecting to nature as the reward. Nature is inspiring! And each of us can do more to help nature and in turn, help upcoming generations of critters and kids. We are part of the solution.

Just as I finished writing to her, the sun broke through and I saw these tiny birds at the Bubbler. A regal court of FIVE Ruby-crowned Kinglets were flitting about, jumping in and out! I managed to get four in a few photos, at least three of them were males. 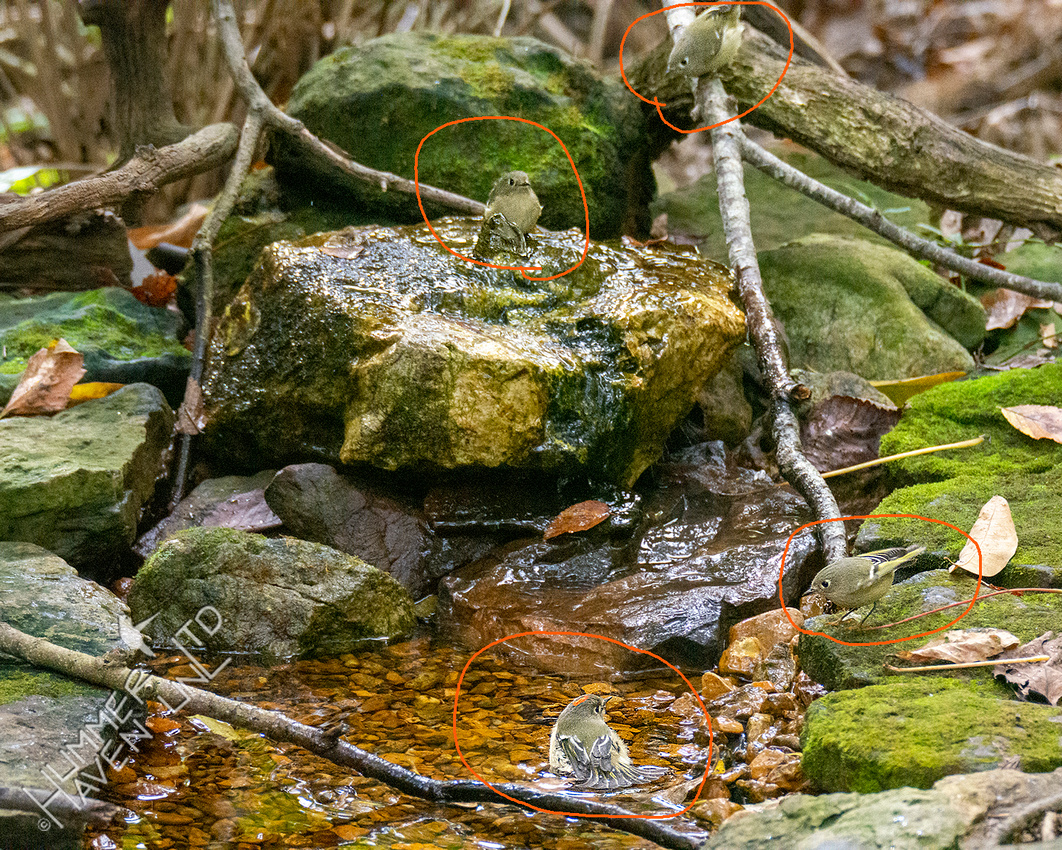 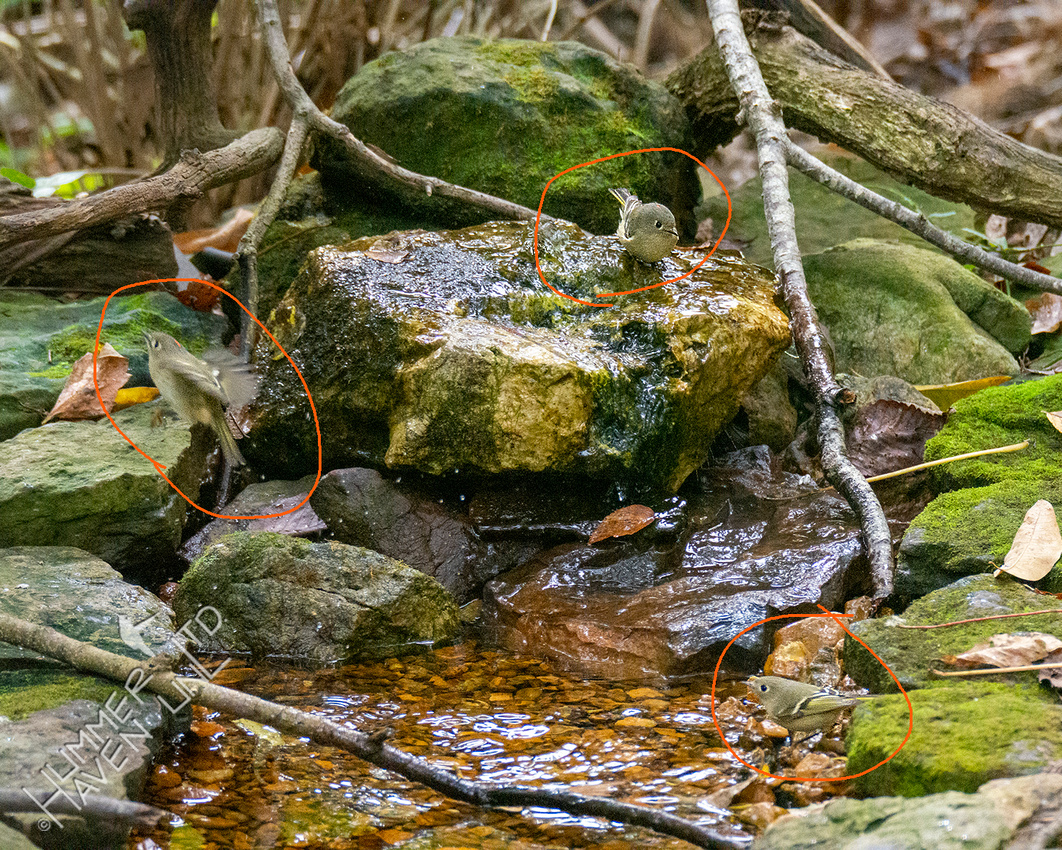 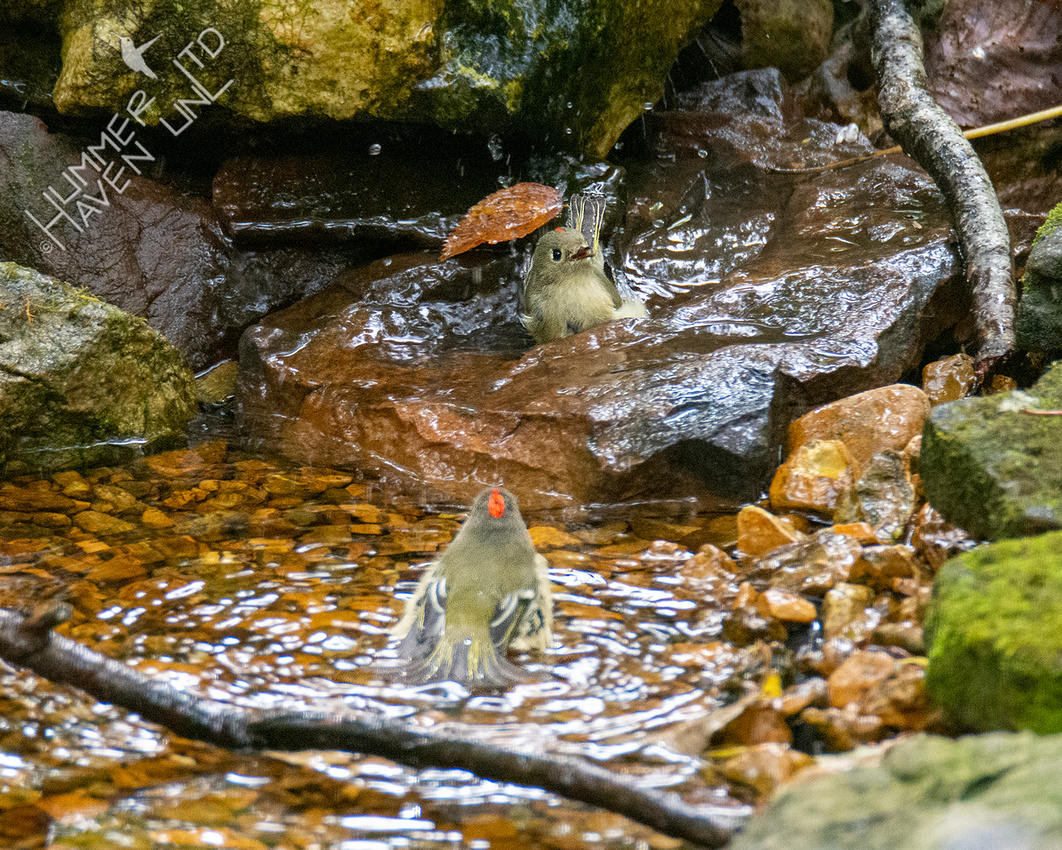 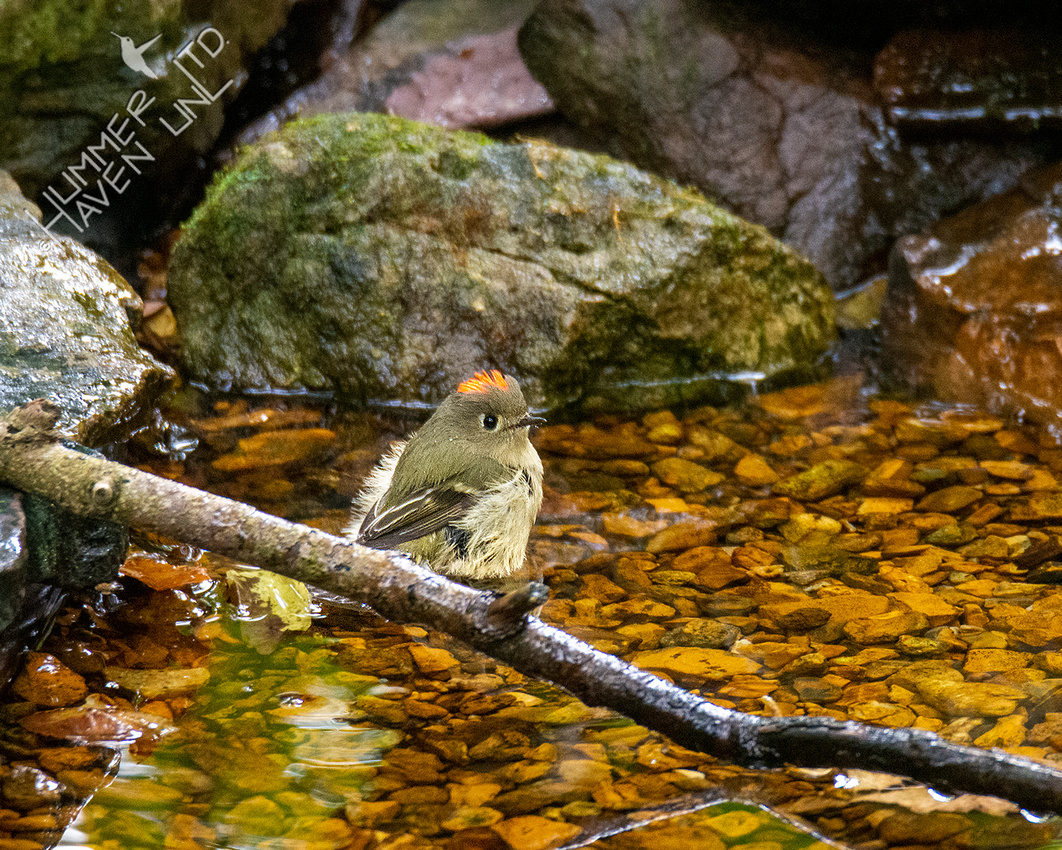 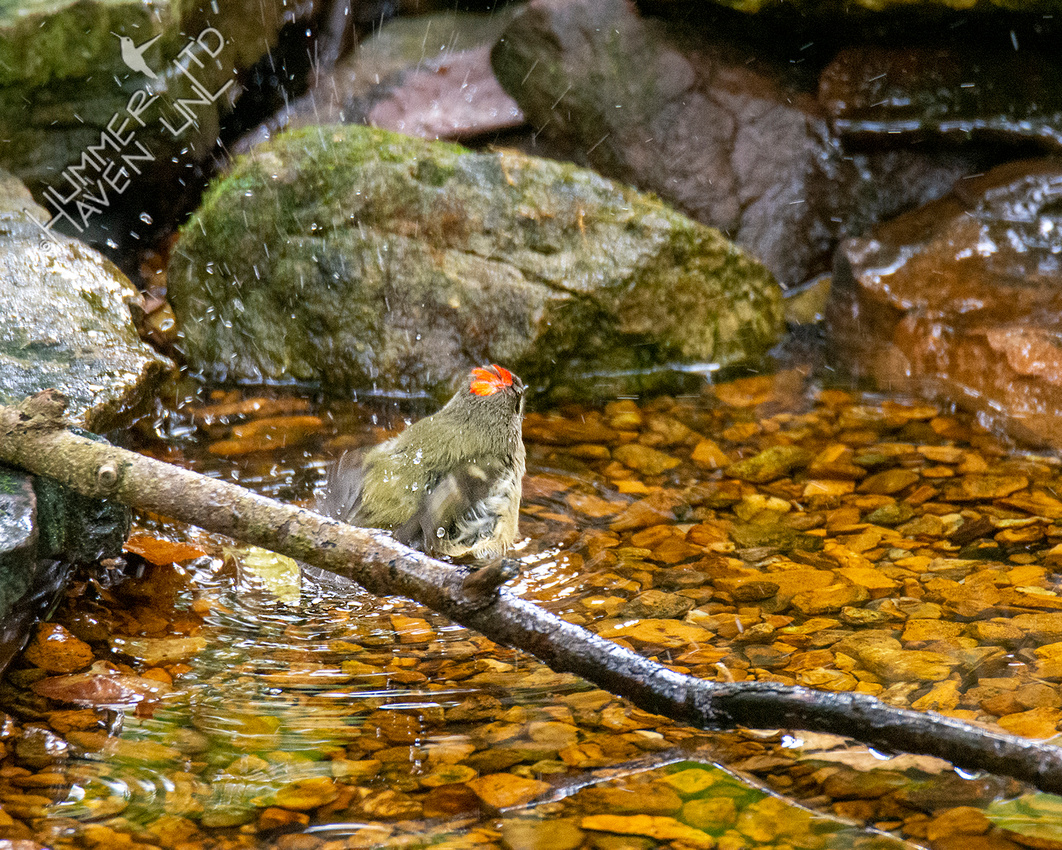 A few minutes of bright and cheerful avian activity can turn anyone's day around!

Check back at noon on Halloween for a special parade of trick-or-treaters!