Late spring migrant and other sightings 6-15-20

and you'll see more birds than you can possibly photograph.

We left off with water features, and well, the birds are still using them every day. From the youngsters like the Tufted Titmouse and Carolina Chickadees to adults like the female Northern Cardinal and American Robin, water is the ticket to happiness! There's just nothing like a refreshing bath after downing insects all morning. They're fun to watch as they line up to get in. 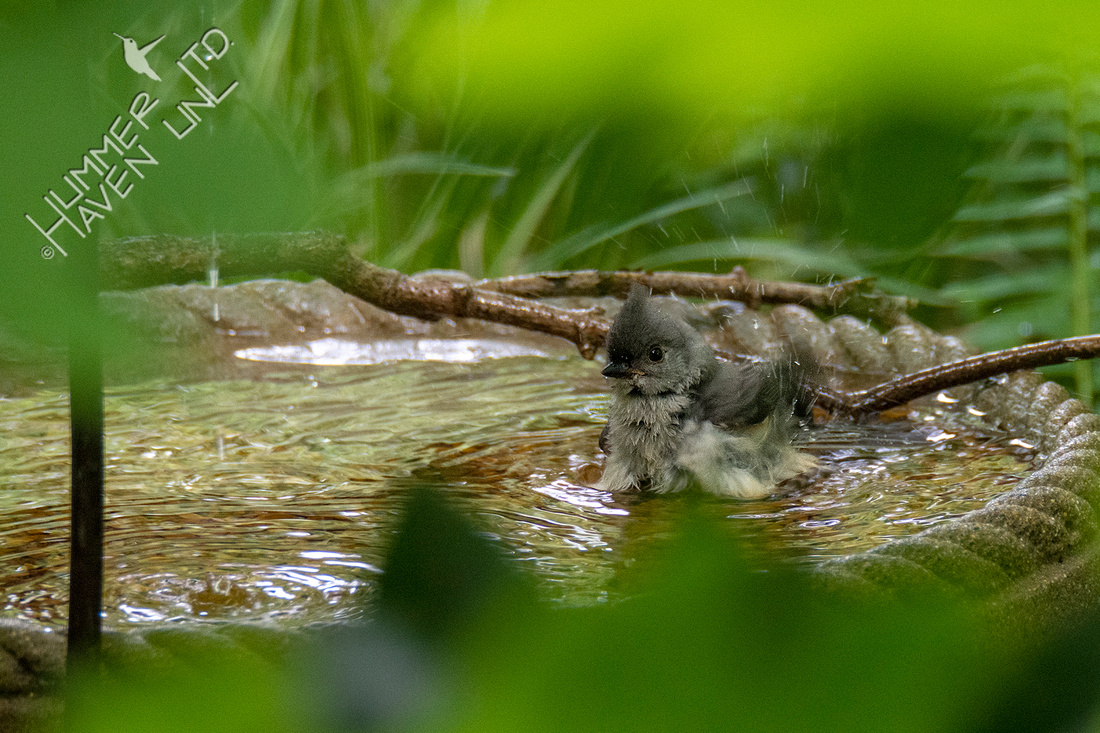 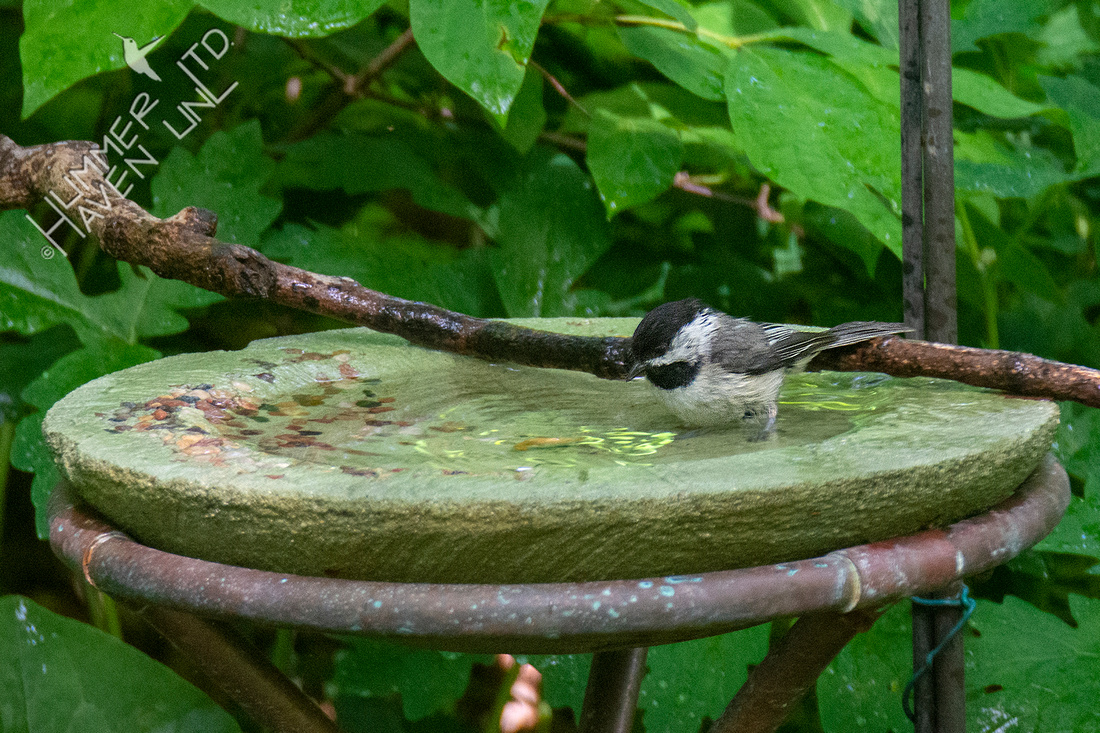 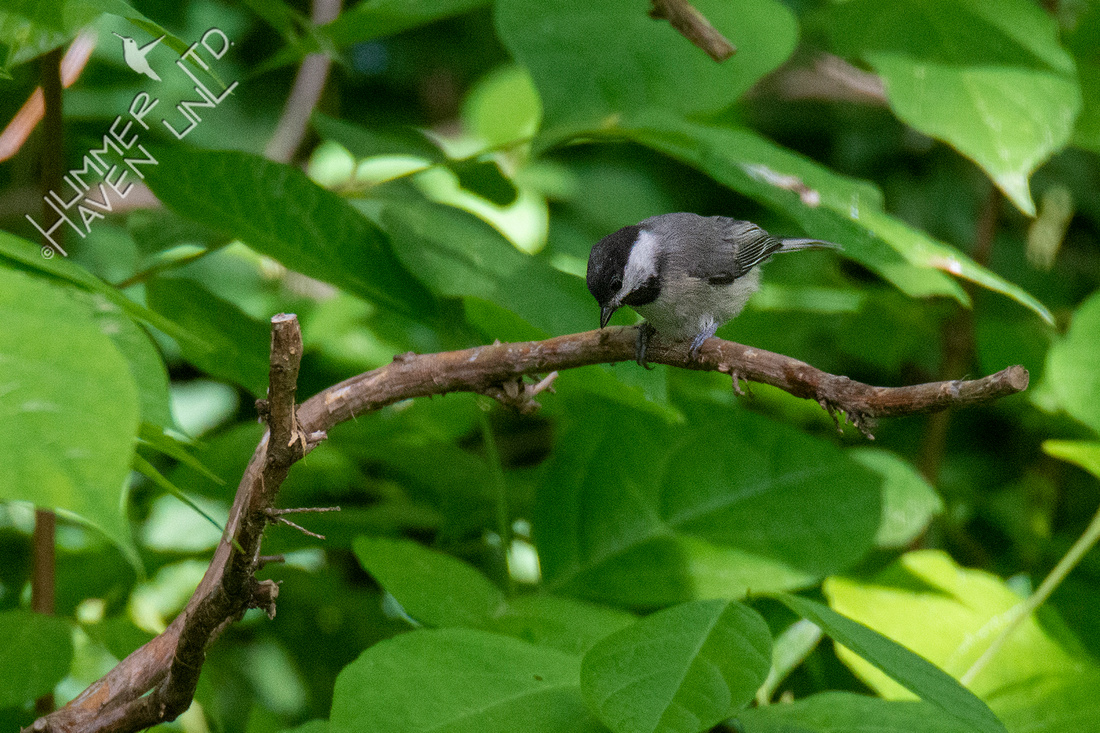 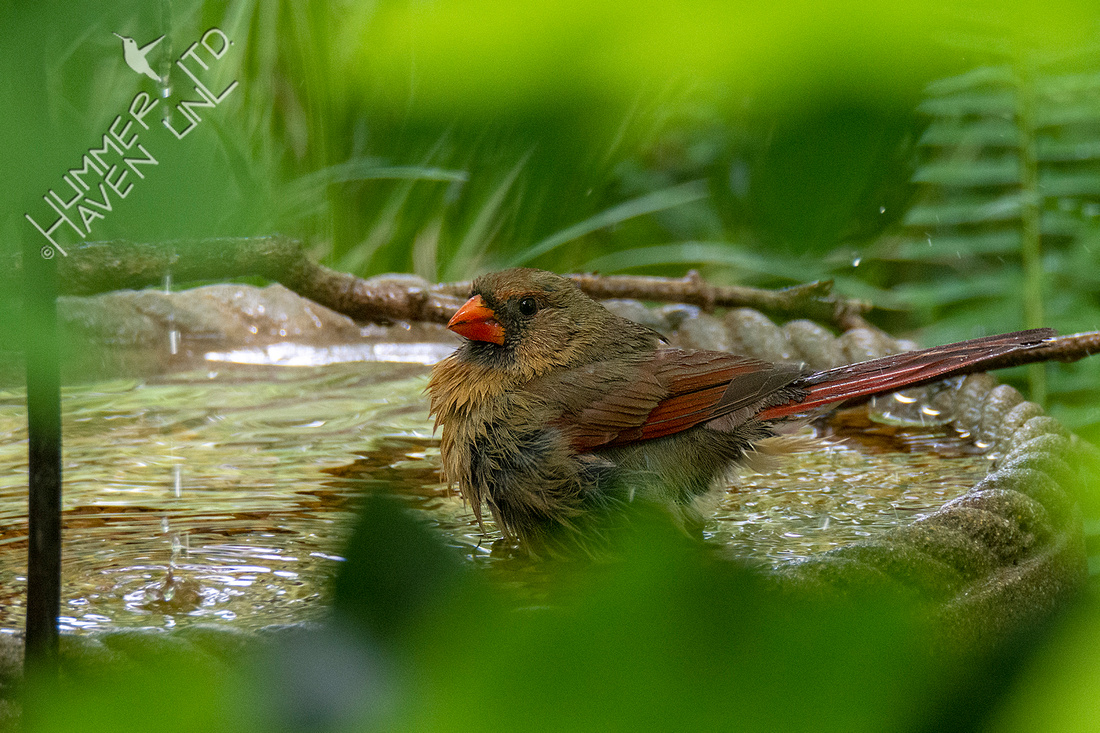 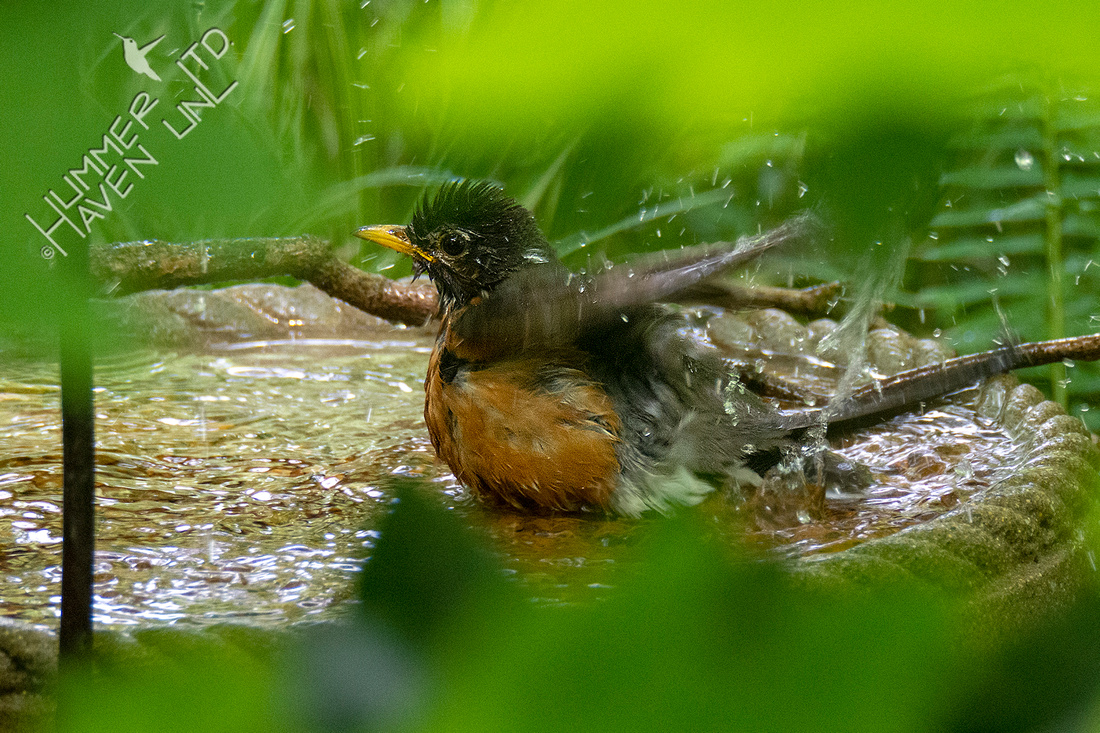 On Sunday morning, 6/7/20, I was enjoying my coffee in the gazebo when I heard what I thought was a Blackpoll Warbler. Wait a minute! What? I had heard and seen this species on 8 days this spring, and managed one photo. They were staying high in the canopy to feed. Sometimes, they do come down lower. The second close-up image was taken two years ago, on 5/10/18. 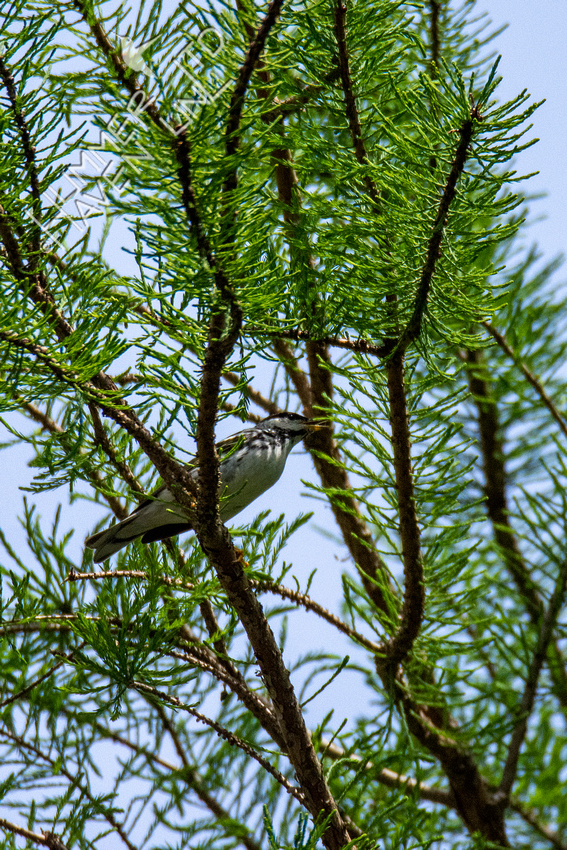 The last Blackpoll Warbler seen was twenty days earlier on 5/18/20. I heard it again. It was staying high in our north sugar maple (Acer saccharum) and I could not see it, or even think about getting a photo. Time to try the recording app on my phone and see if I could document it that way. This was one late bird! Finally, I got an audio clip that I added to my eBird checklist which was reviewed and confirmed. There are at two June records listed in The Status and Distribution of Birds in Missouri by Mark B. Robbins. This definitive work is constantly updated and is an open access pdf if anyone would like to have a free copy:  Birds in Missouri

To view the checklist and audiogram, here is the link:  eBird Checklist

To check out the full song and more on this interesting species:  Blackpoll Warbler

This species has been observed here every spring for the last 24 years. The first blog post that I wrote was about a very rare fall sighting of a female Blackpoll Warbler on 10/4/13. It was documented with my photo as the third record for fall migration in Missouri.

The Status and Distribution of Birds in Missouri by Mark B. Robbins

Blackpoll Warbler in Fall: The primary migration route for the species is well to the north and east of Missouri.

There's hardly a dull moment in a native garden. Familiar Bluets, small damselflies were seen mating on the bubbler rock where it was moist. An American Toad took refuge in the basin one morning. 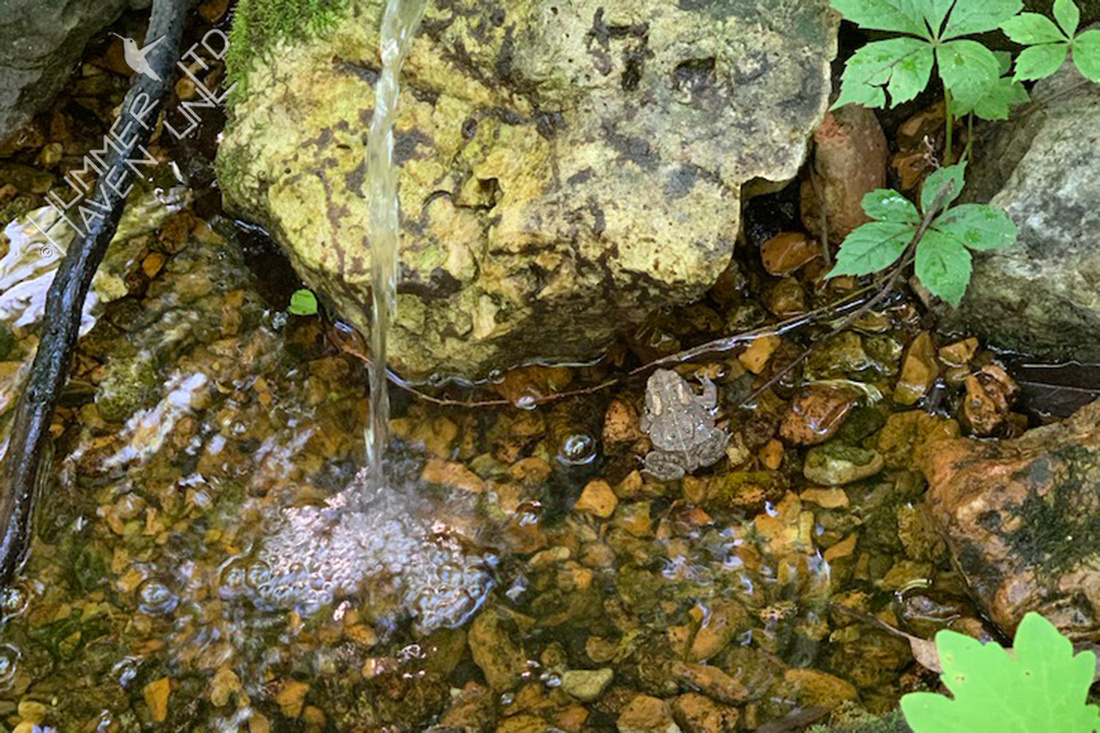 We have been wondering when we'd see the first white-tailed fawn. It caught my eye it as it was moving through the woodland to find a napping  spot in a bit of jewelweed (Impatiens capensis). A few days later, the doe was seen, nursing the fawn. 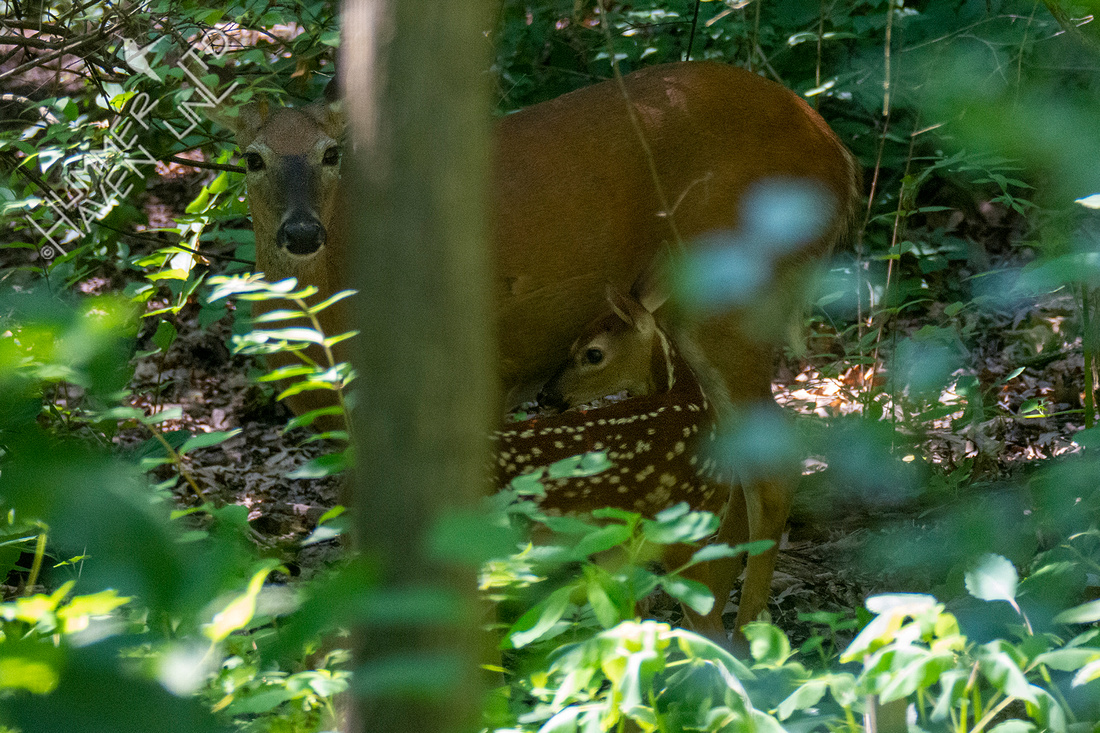 Evidence of nesting species includes Downy Woodpecker. The red 'cap' tells us that this is a young bird. Adult male Downy Woodpeckers have red on the back of the head, similar to the Hairy Woodpecker in the next image with the American Robin. 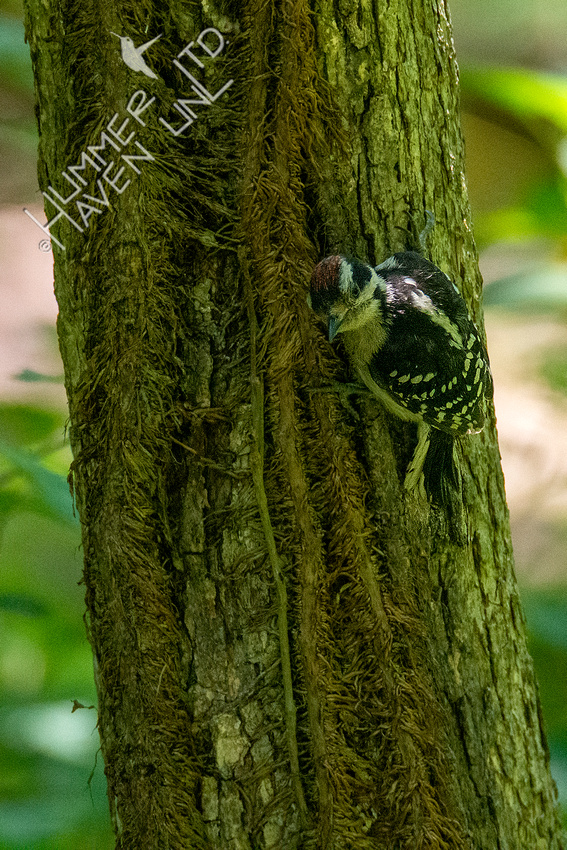 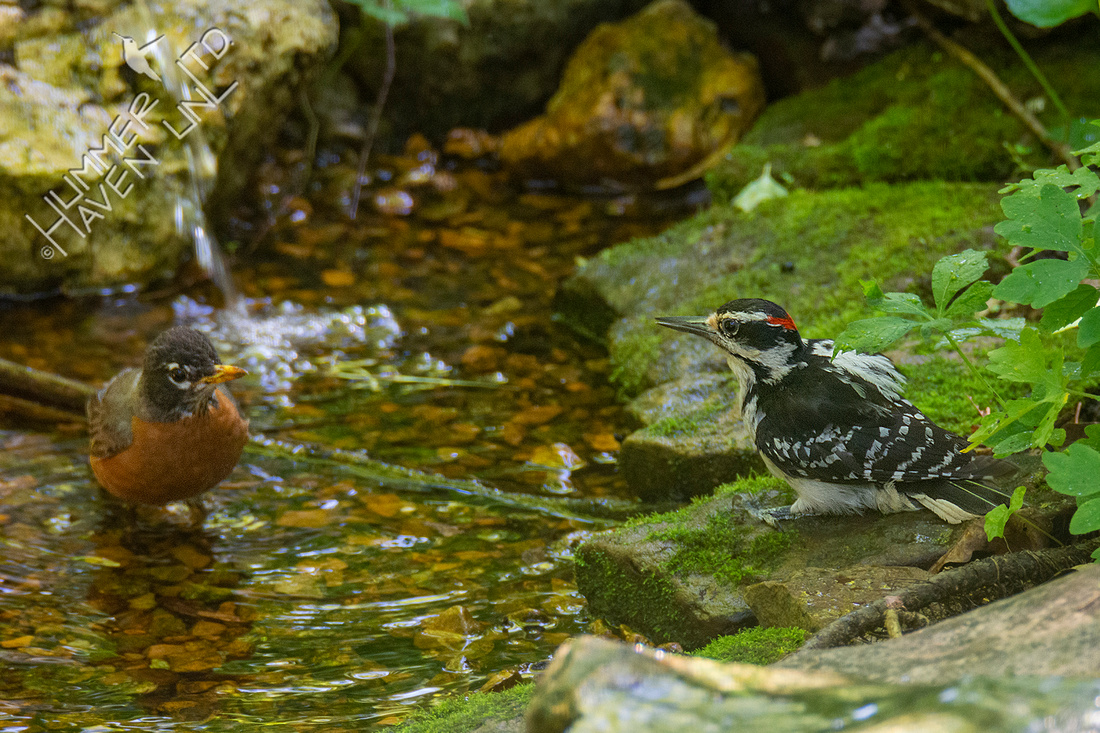 Birds often go through a very quiet period when they are nesting. This Gray Catbird had not been seen or heard since 5/20/20, but it may be nesting close by. It does know a safe place to find water. 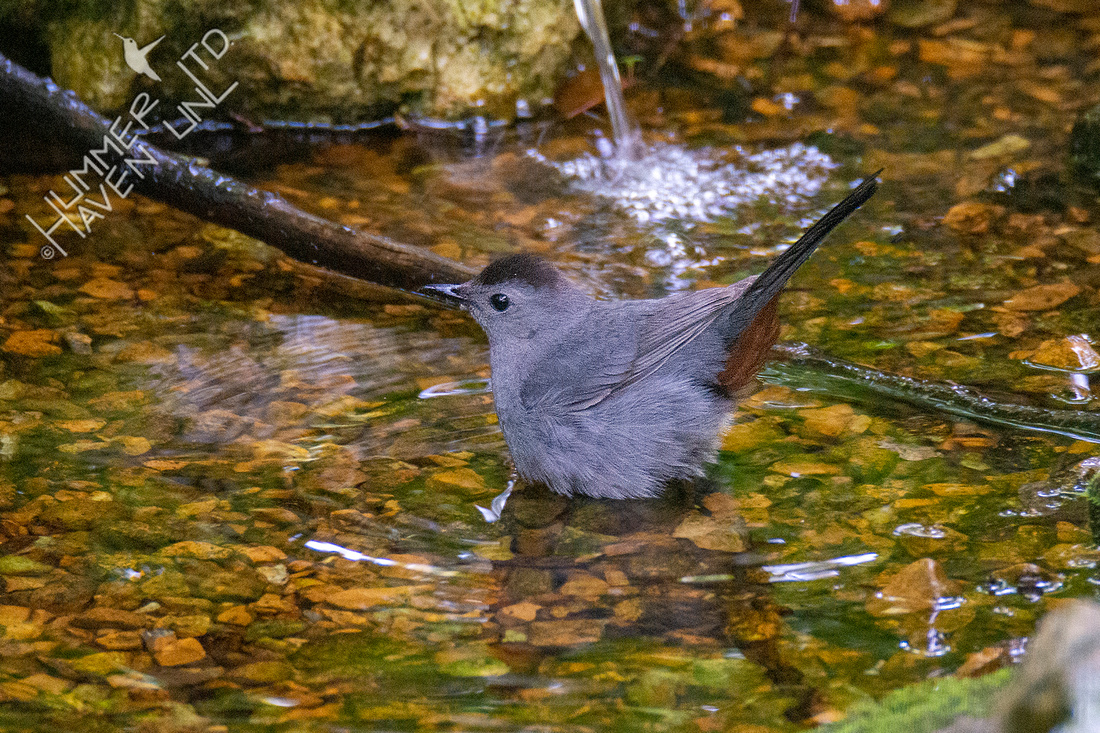 Eastern Phoebes have been back in the yard, the male calling and juveniles hawking insects on their own. This juvenile took advantage of the bubbler to bathe in. They often have another brood, so I'm keeping an eye out for nest building again. 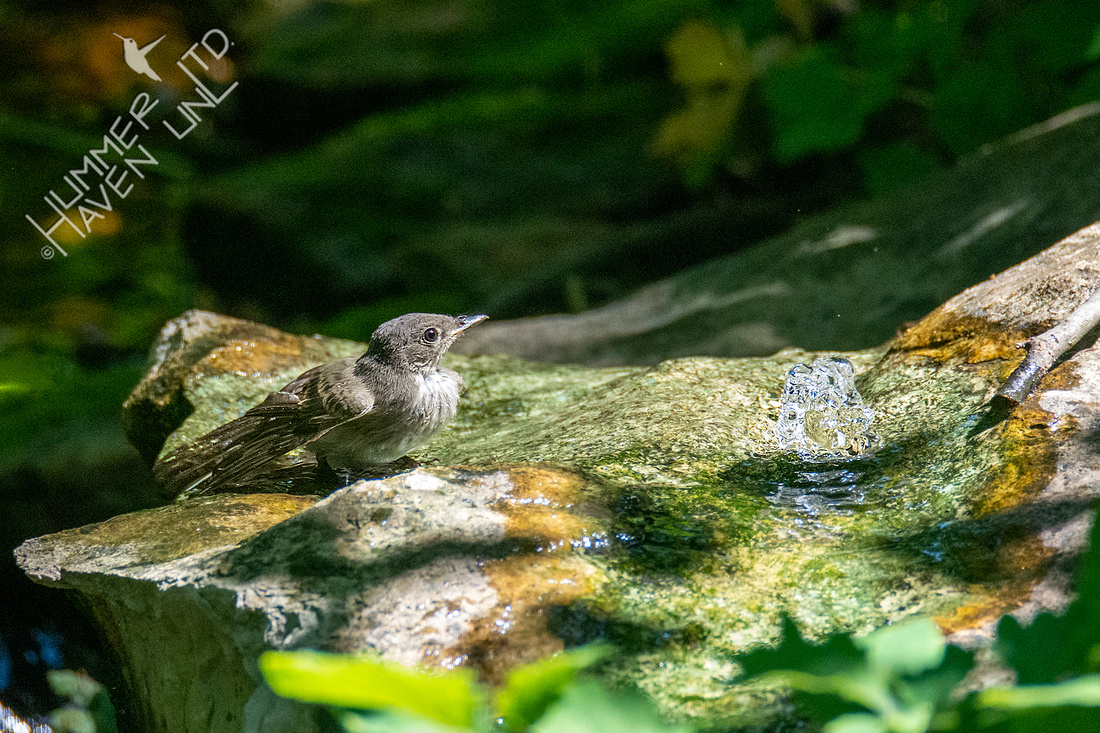 The unseen coronavirus is still present and we remain sheltered at home. Our world is in flux right now.

We extend our hopes for good health, peace and justice for all.

Linda Kamp Waugh(non-registered)
Hi Margy!
I just read your recent blog And I’m trying to keep up with your sightings!! I think I’ve seen the Blackpoll Warbler in my yard.
Also I’m having a difficult time deciding if I have a Goldfinch or gold warbler. So need to do more reading/studying.
I’m excited to tell you Bob got our bird bath/
Fountain going and it draws my chicadees and Cardinals. So happy to see the Robins and Cardinals also bathing in rocky area of our stream. Just wanted to share with you. Thanks so much for your blog.
No comments posted.
Loading...
Subscribe
RSS
Recent Posts
IT'S MAY!! 5-3-21 Special Events Coming Up Soon! Third week of April, 2021 Mid-April sightings 4-17-21 Spring! 4-4-21 Spring approaches! 3-10-21 "Rara avis" on 2-21-21 It's February! 2-16-21 1-25-21 Third week of January Mid-January update, 1-17-21
Keywords
bubbler pond rusty blackbird mink fox Tanager bluebird basin warblers Purple Finch
Archive
January February March April May June July August September October November December
© Hummer Haven UnLtd.
Powered by ZENFOLIO User Agreement
Cancel
Continue