Feeders have been busy with the woodpecker group:  Northern Flickers, two Red-bellied, Hairy and Downy Woodpeckers. 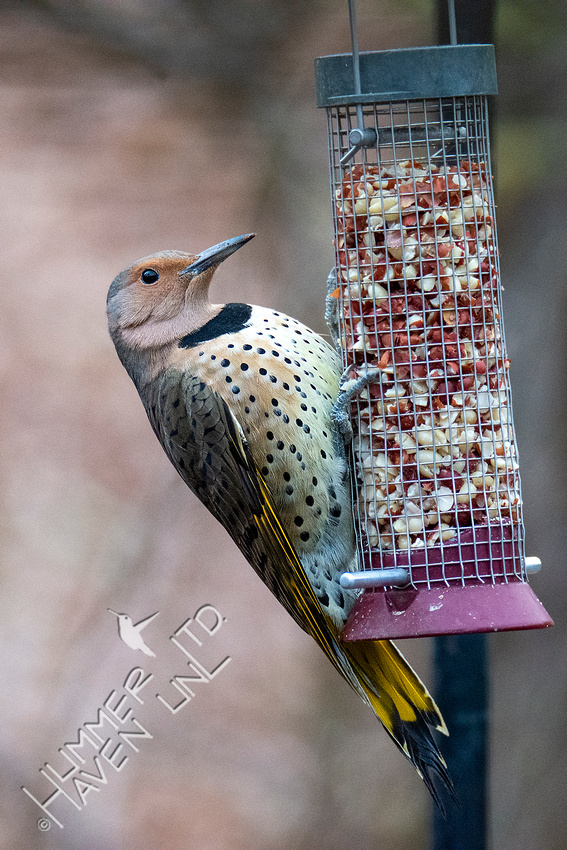 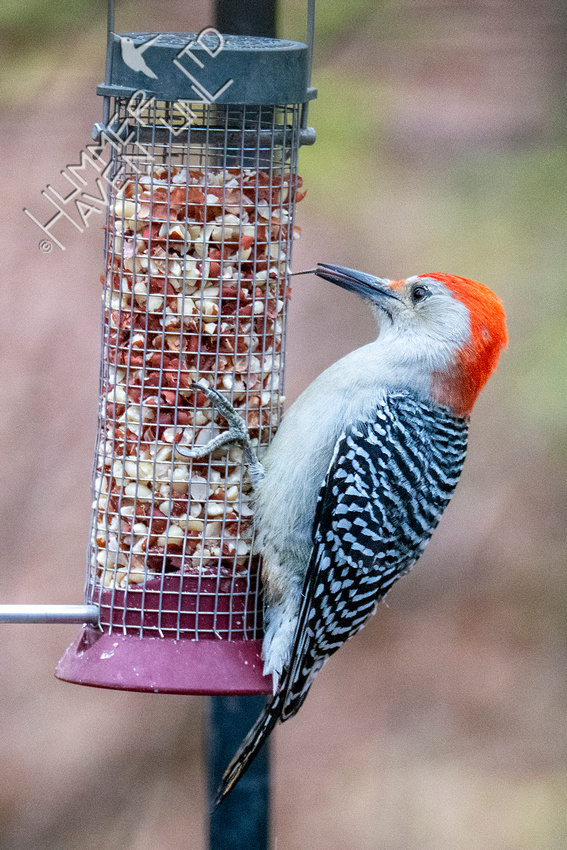 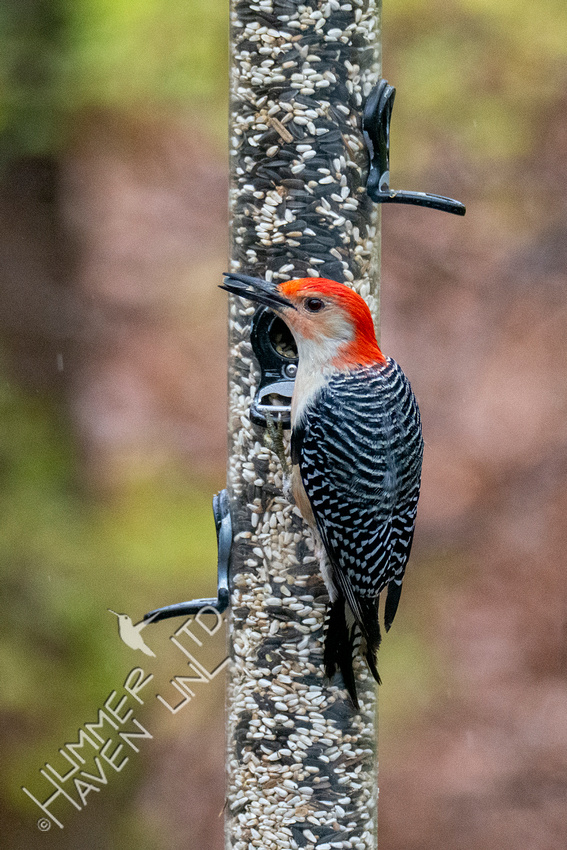 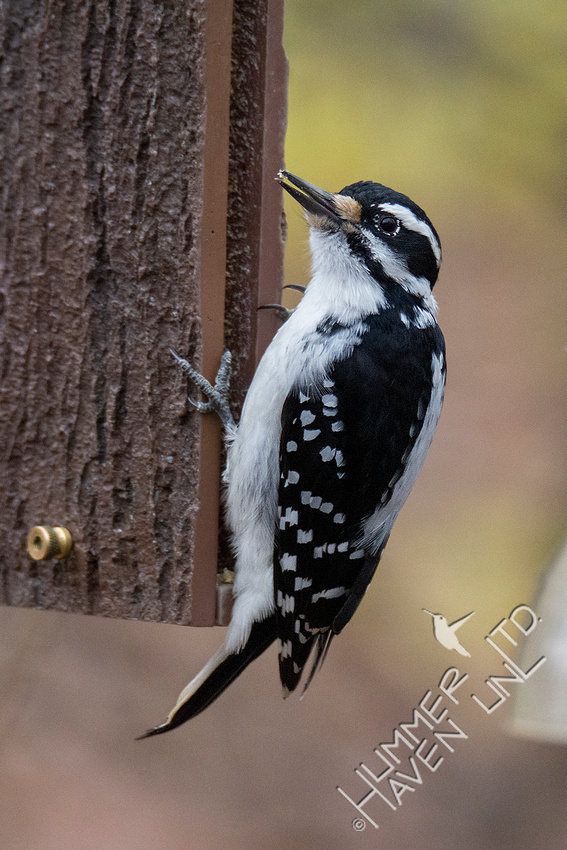 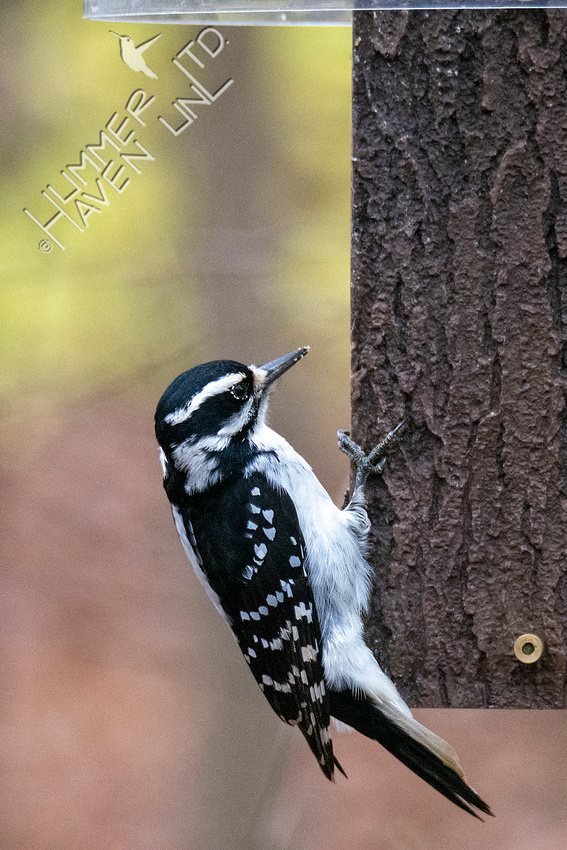 Finches of several kinds have been visiting, too. Northern Cardinals, House Finches, lots of Pine Siskins and a female Purple Finch has been seen on two days. 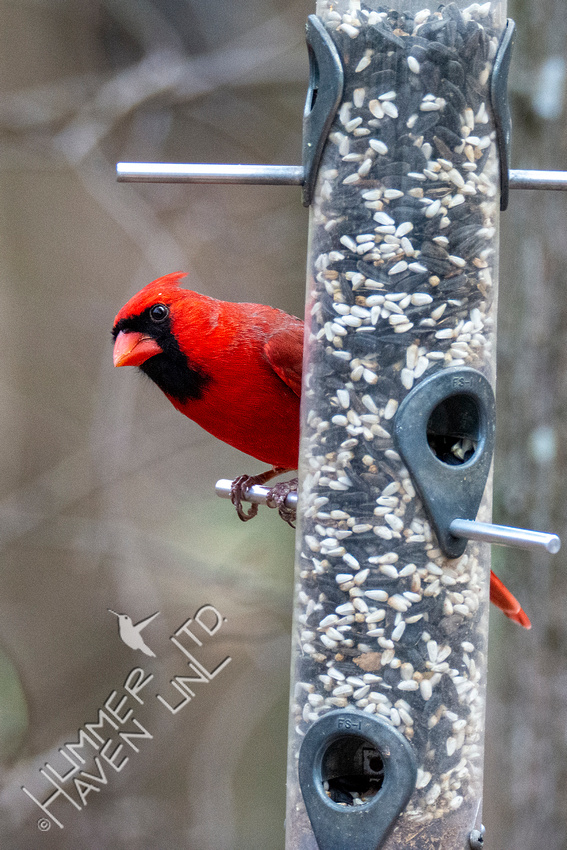 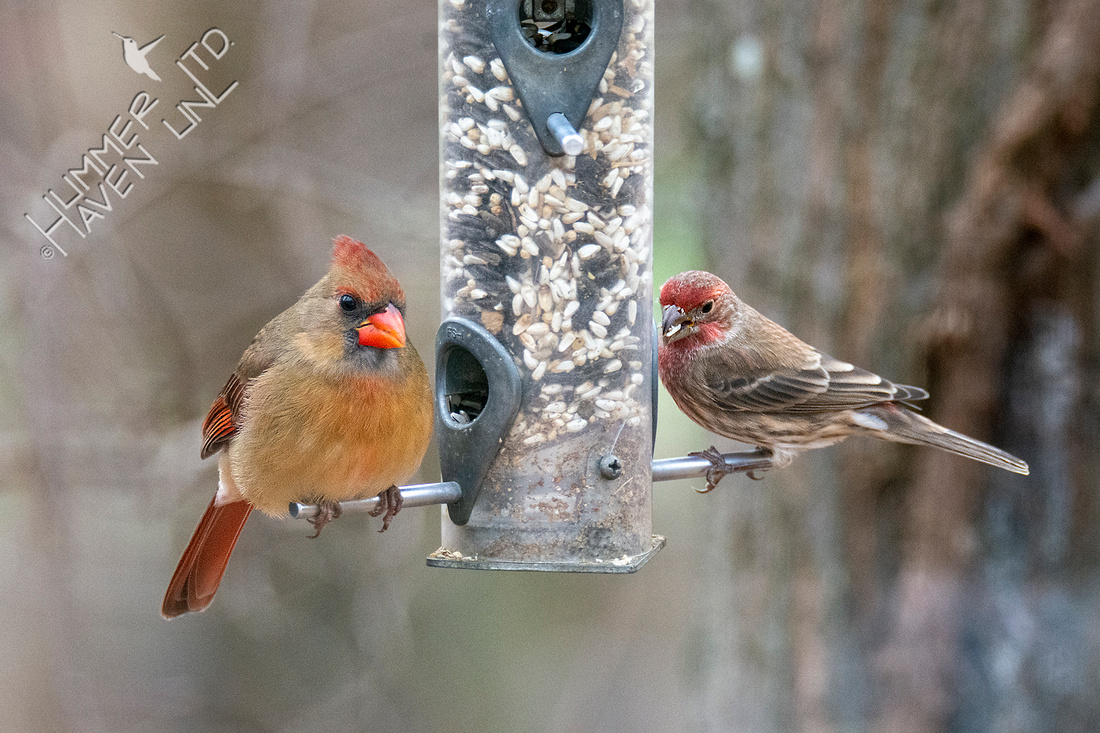 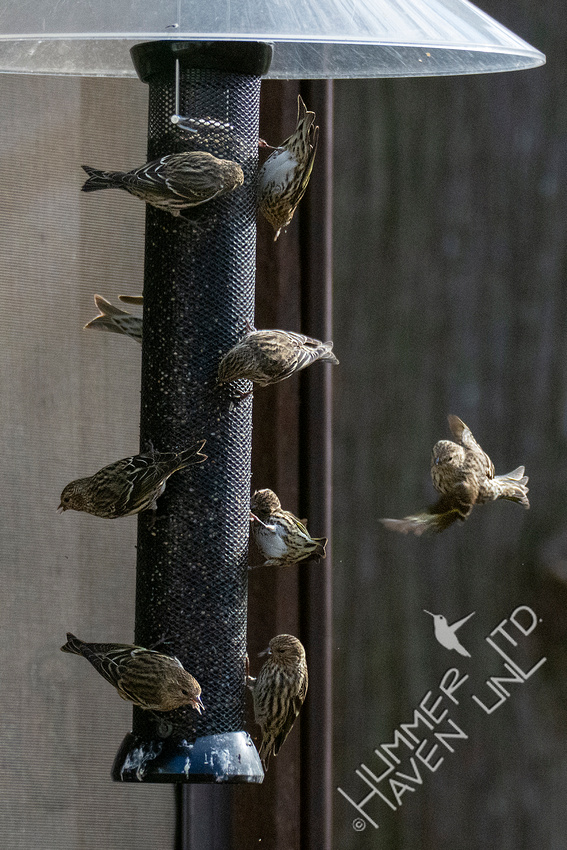 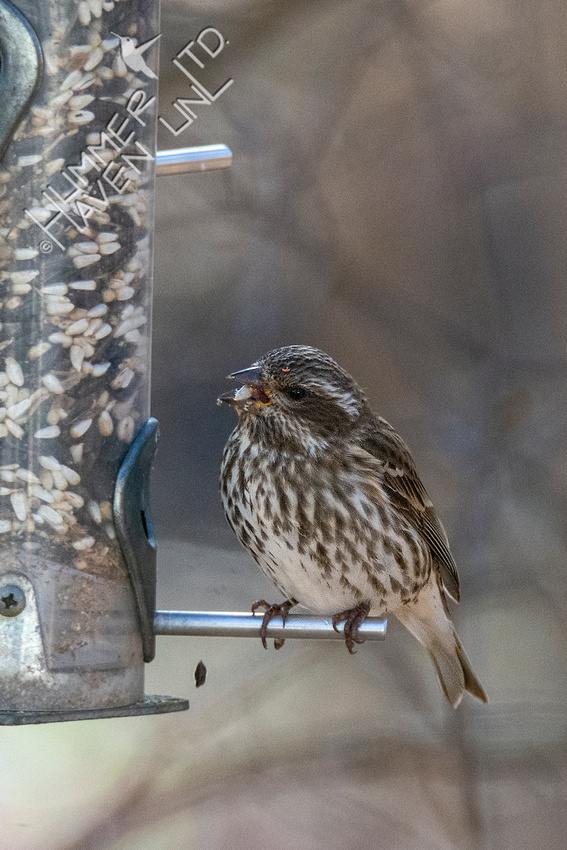 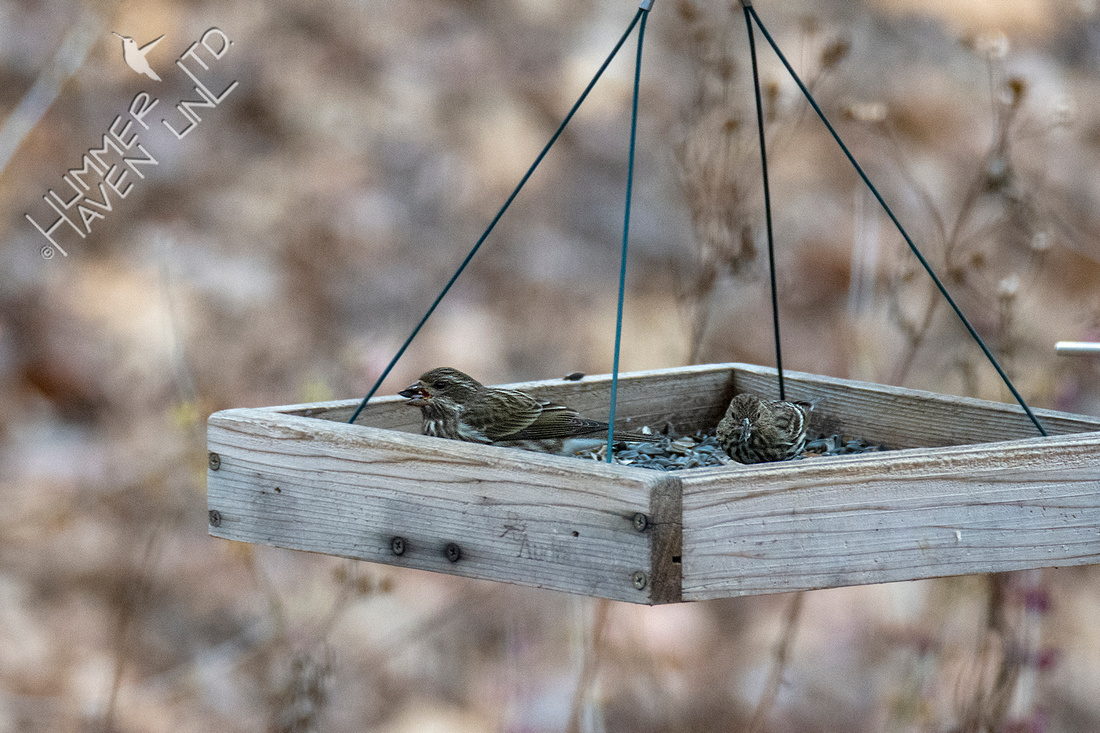 A Brown Creeper has been here almost every day, looking for tiny larvae to feed on. 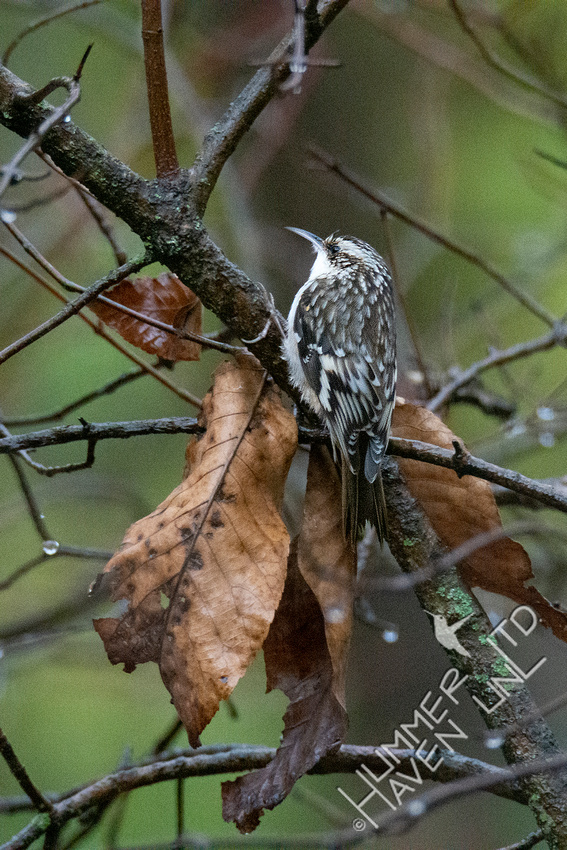 Rusty Blackbirds have shown up, a pair on Thanksgiving Day, then a flock of about 30 on Wednesday, 12/2/20. They were easier to see in the sunny areas. In the swampy thicket, their preferred habitat, they looked almost like the dark wet leaves they were foraging in. 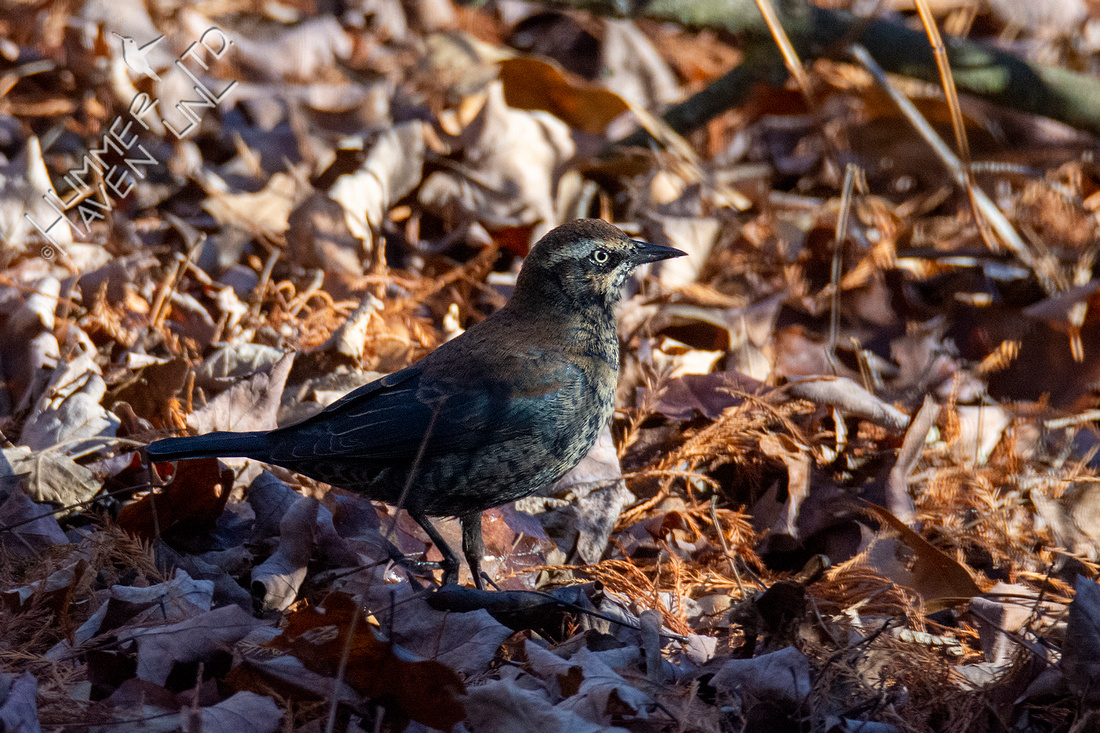 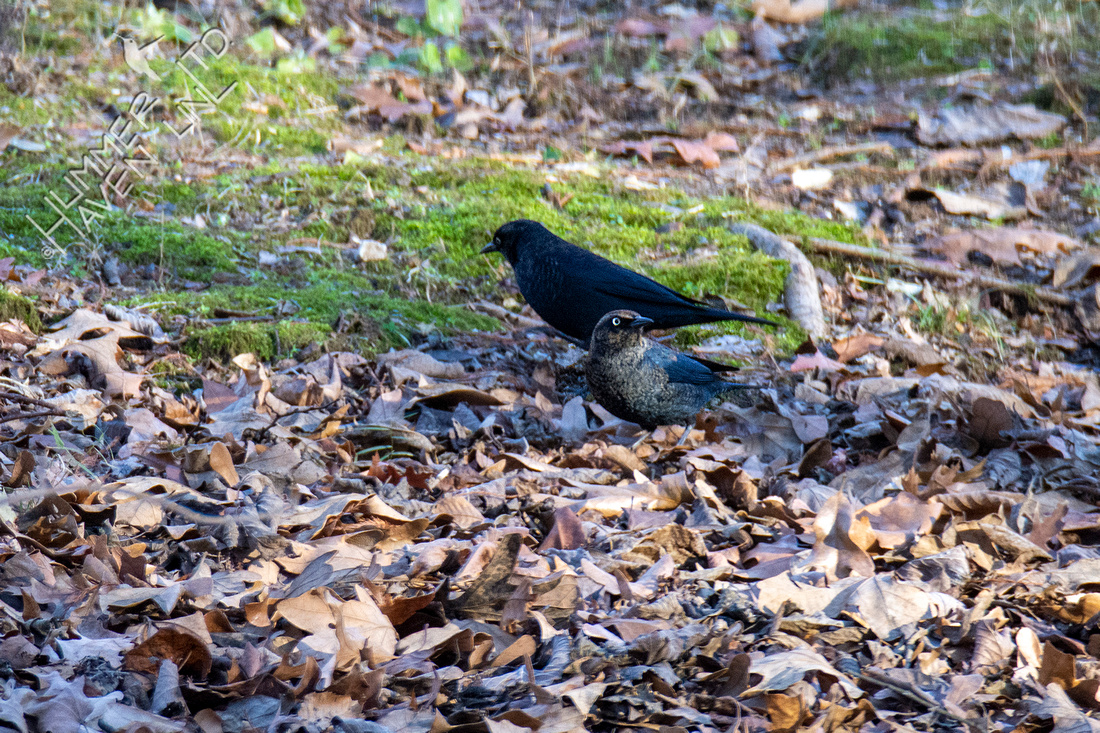 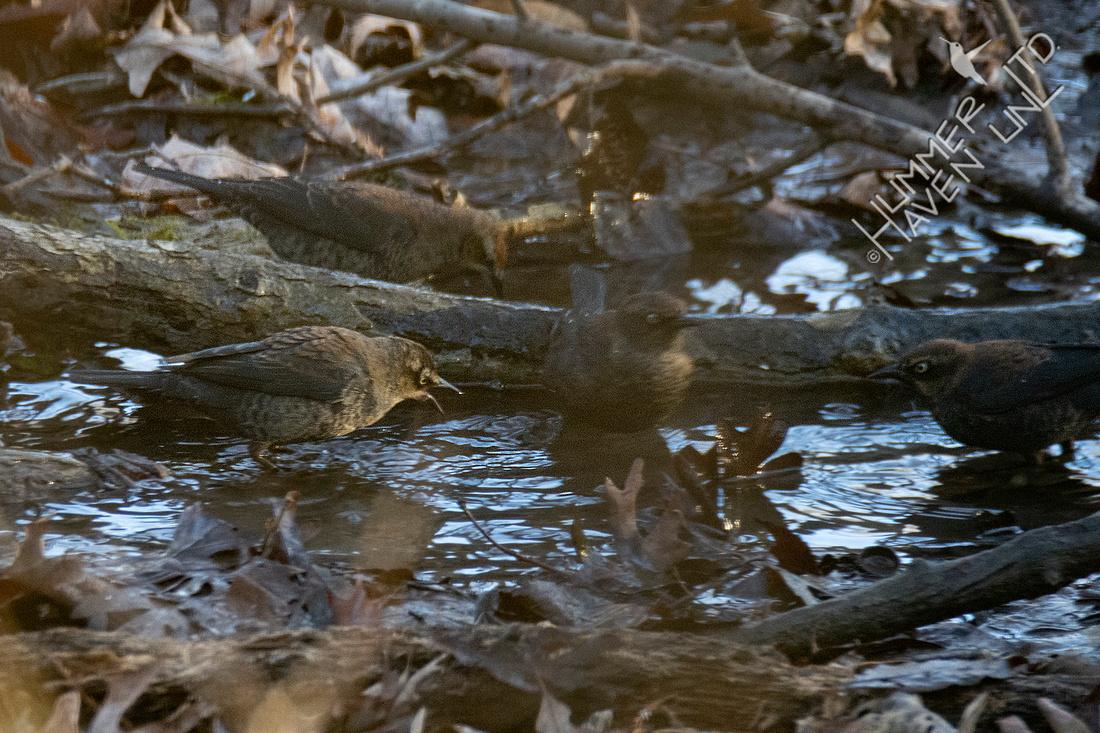 Eastern Bluebirds were hoping to catch insects one day when it reached 53 degrees. American Robins are still working the patch of American Beautyberries. 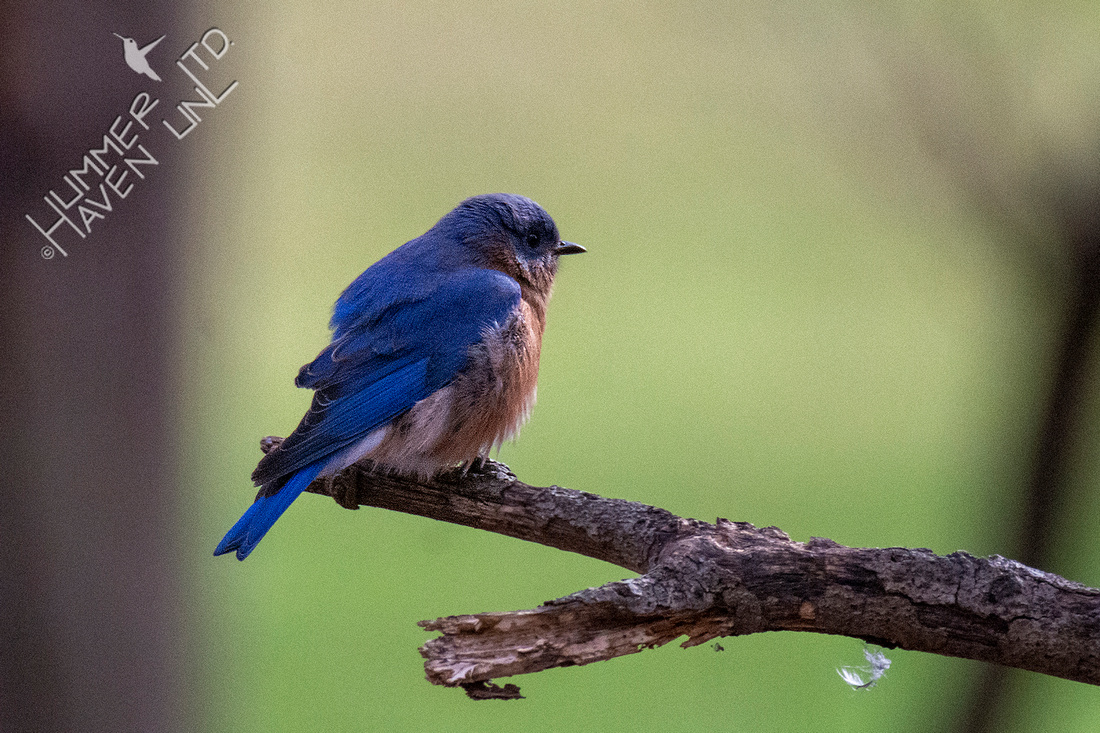 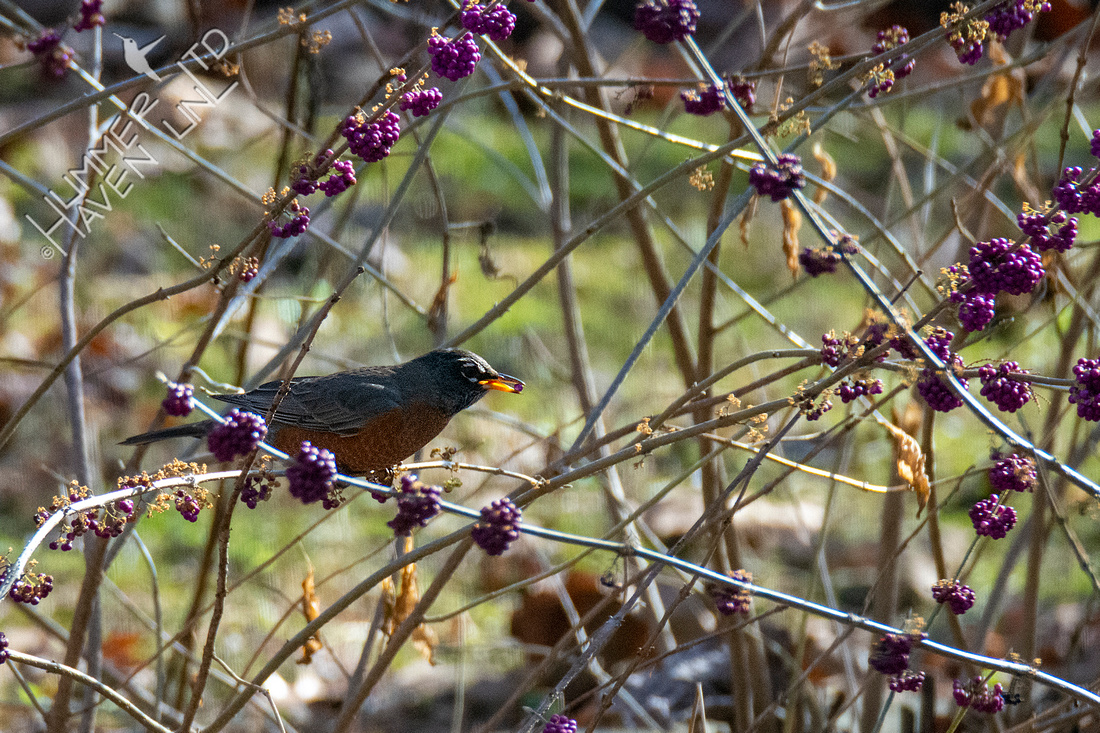 As soon as the sun pops out from behind the clouds, the birds head for the water. A Tufted Titmouse and White-throated Sparrow shared the basin. Pine Siskins get drinks at the fountain or the bubbler, and bathe in the basin or stream bed. A Dark-eyed Junco followed suit. 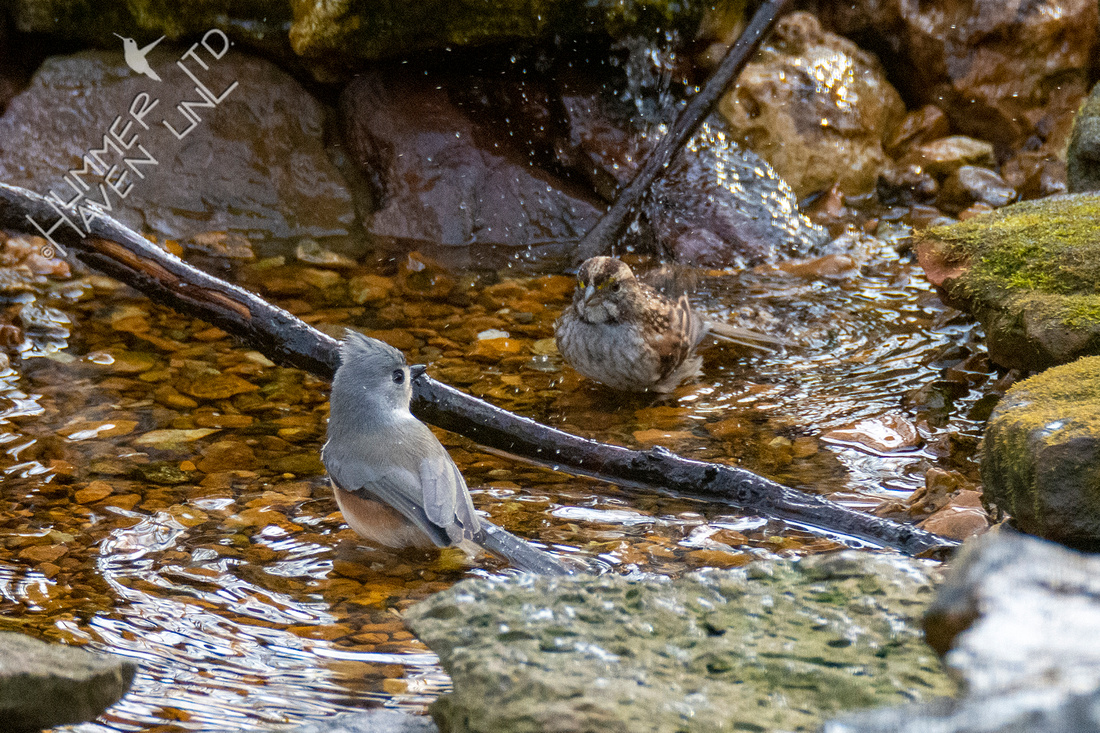 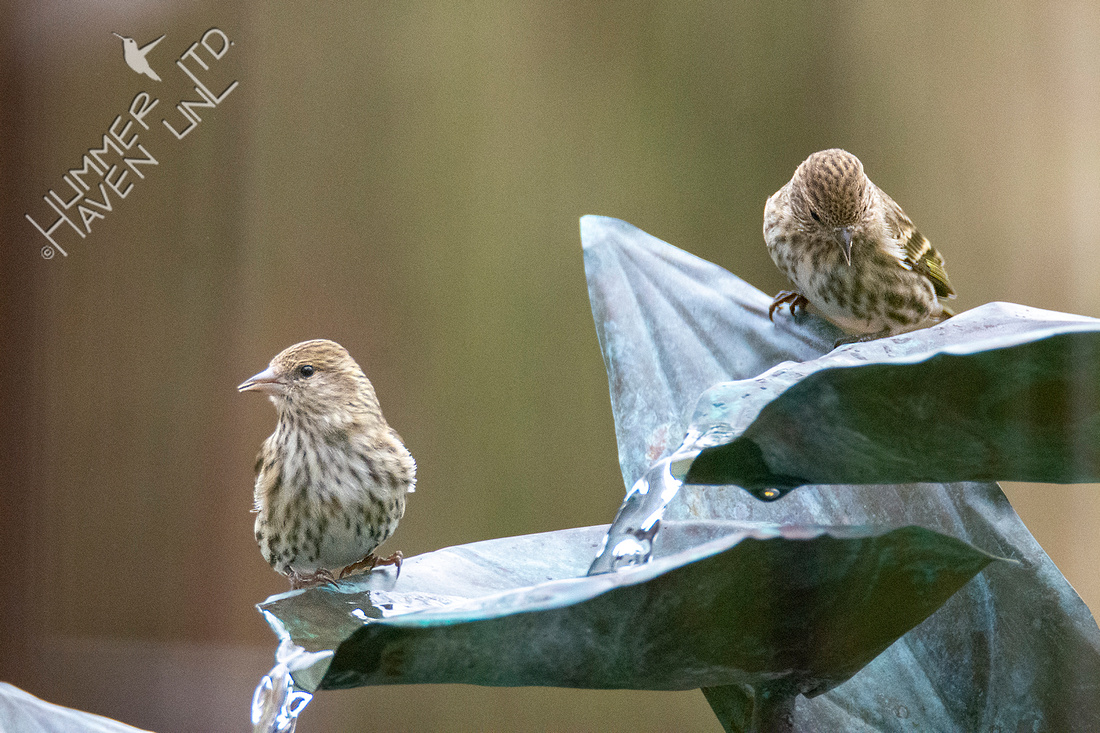 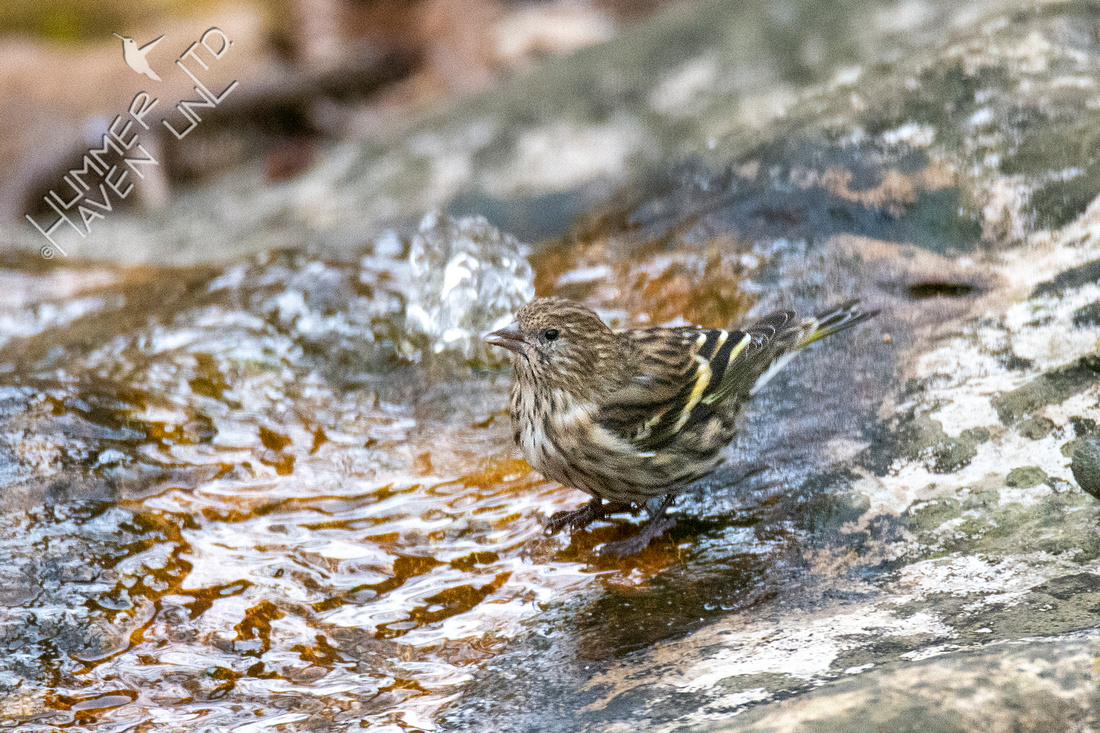 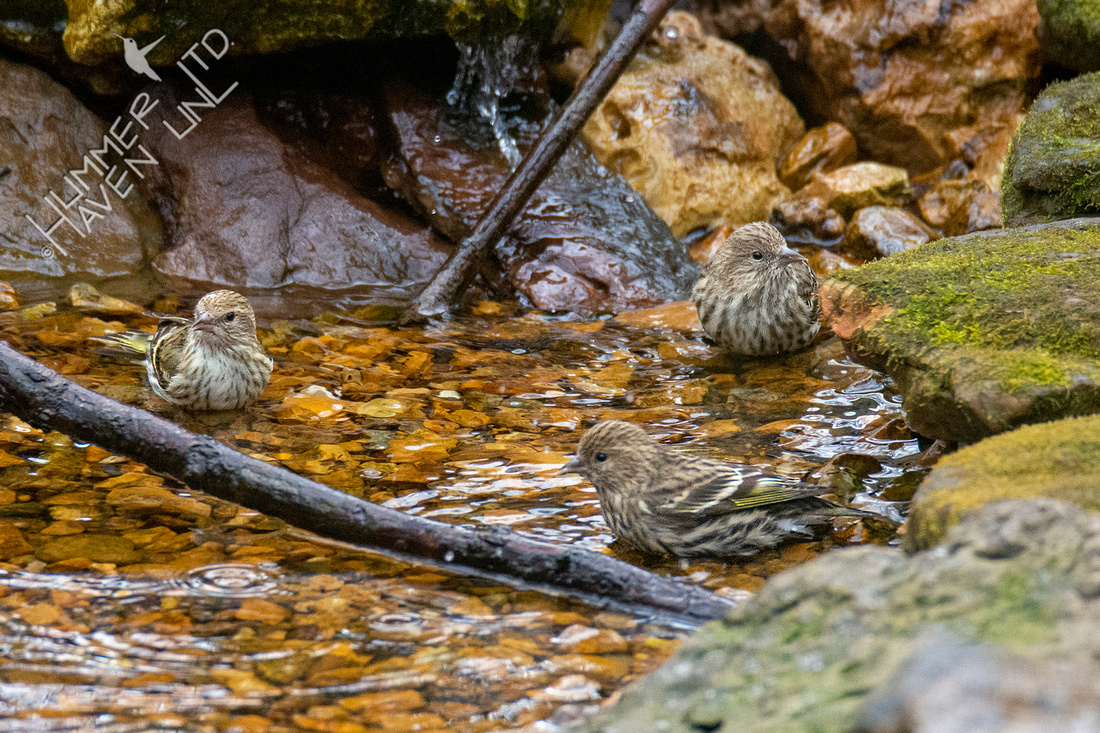 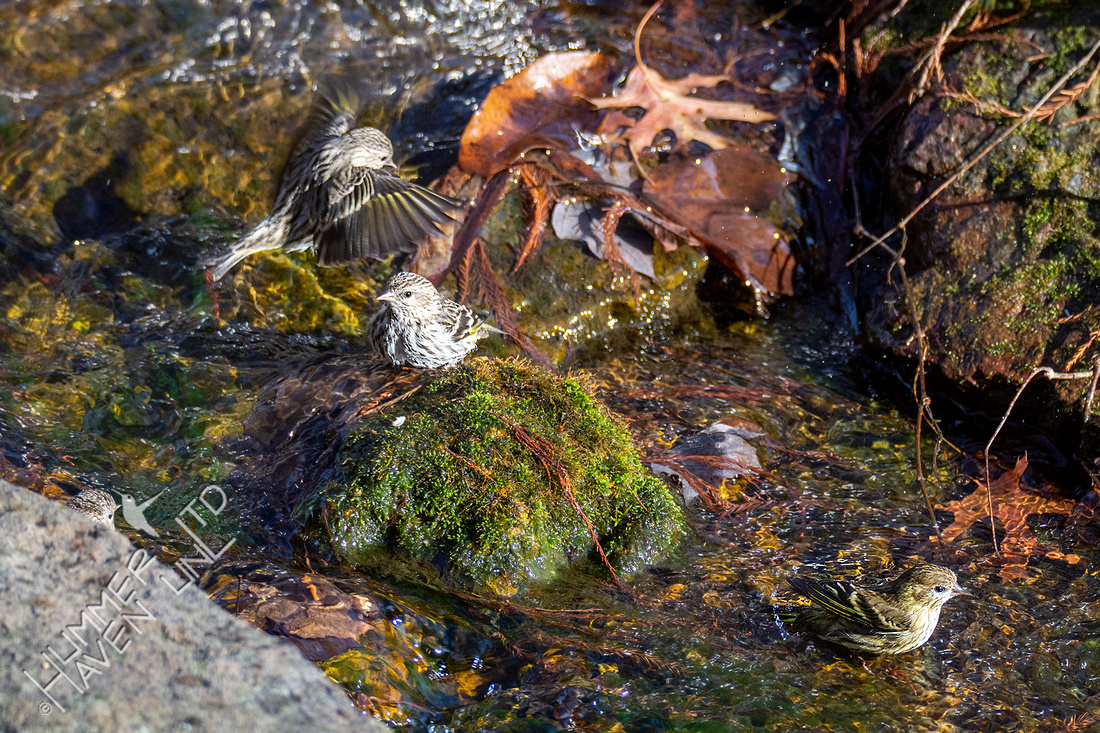 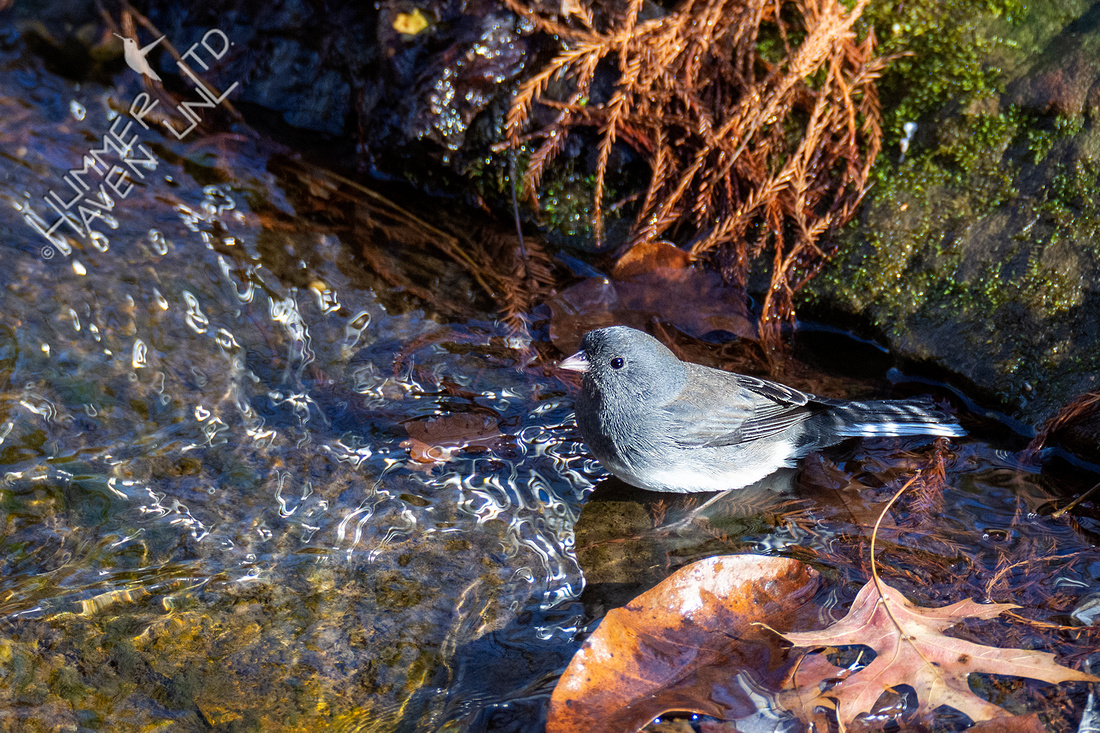 The most interesting thing to occur in the last two weeks happened yesterday. I had heard Barred Owls 'conversing' on Sunday night, about 9:00 p.m. and they were close by. The next day around noon, I saw some cardinals on the seed heads of the mallows so I went to get the camera. On the way, I heard two Blue Jays making a fuss. By the time I returned, everybody, and I mean EVERYBODY had left the garden area and headed to the woodland. When I walked back through the house, there were 30 birds or more, clustered in the rough-leaf dogwoods by the deck. There were at least a dozen male Northern Cardinals, six females, assorted sparrows and juncos, chickadees, titmice, wrens and a Northern Flicker in these trees. "Oh my gosh, look!" I called to Dan who could see this from the other room. We just had never seen anything quite like this, and I couldn't begin to capture it in a photo. All the birds were looking down at the ground area. We couldn't see what they were looking at so we went downstairs to look out the basement door. Something flushed the large bird, which was a Barred Owl. It flew past us, under the deck to a branch of the pond cypress where it stayed all afternoon. The small birds would check on it and squawk or chatter, but the owl rested, yawned and waited until dusk, when it finally flew. It was a good thing to know the large bird felt safe and comfortable enough to stay. 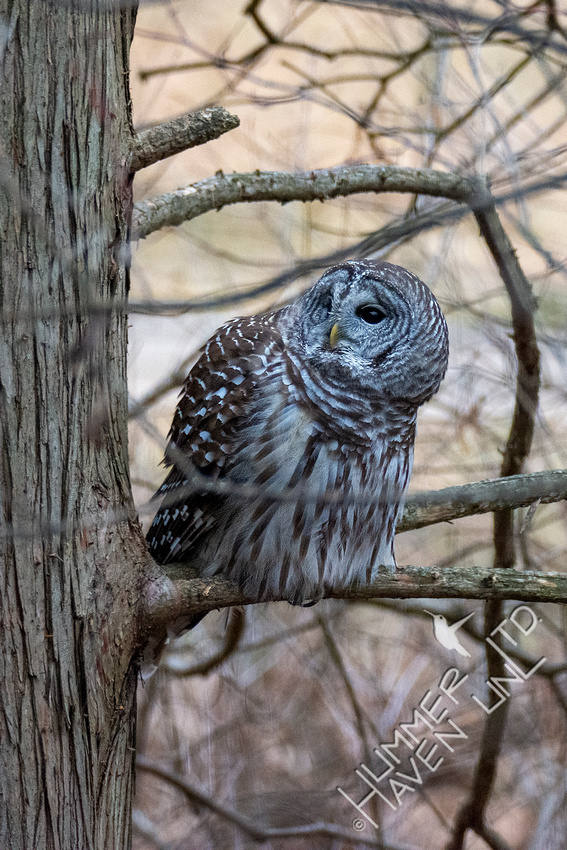 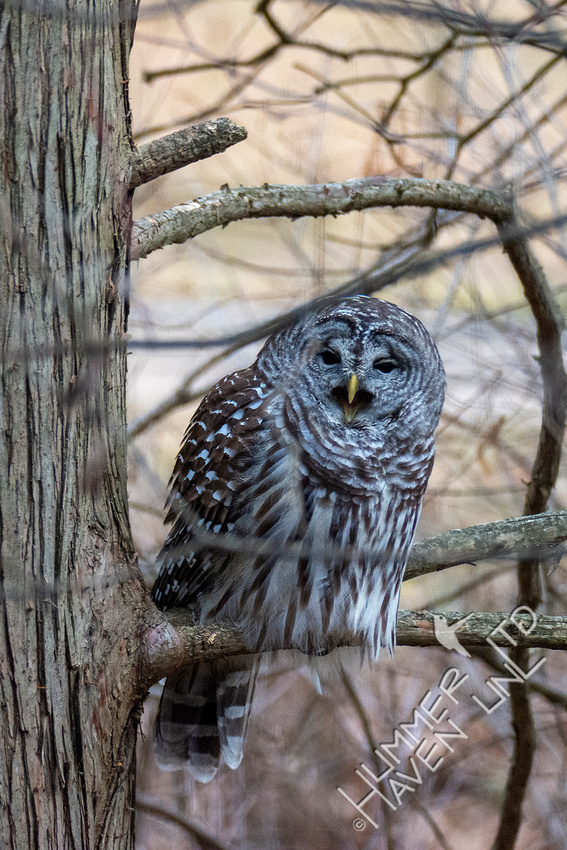 This is only the second time I've been able to photograph Barred Owls this year. Perhaps we'll be seeing them more often. In the meantime, here are the photos since the last post.