Where has the time gone? Our weeks have been busy with prep for a program, weeding, makeup tours, maintenance on the water features and deck, entertaining visitors and occasional photography.

The garden has finally been visited by some larger butterflies. Sunny, warm days have brought in Eastern Tiger Swallowtails, the male is yellow and the female here is the black form. 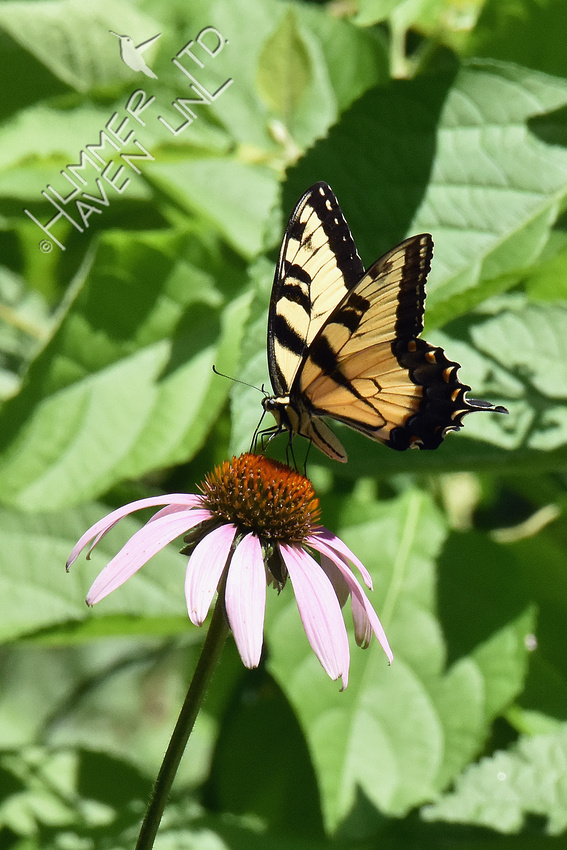 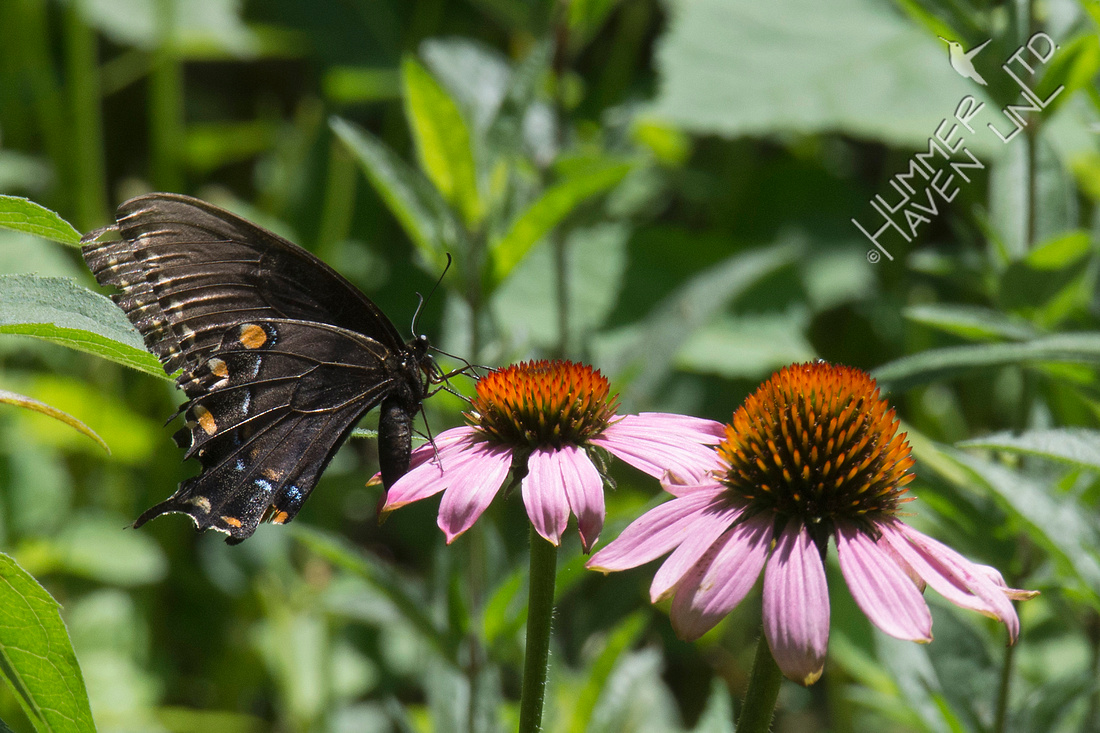 Yesterday, I thought I saw a Monarch flitting through the woods. The butterfly moved to the garden around the Marsh Milkweed (Asclepias incarnata). I got the camera and then found it nectaring on the sweet and heavy blooms of Buttonbush (Cephalanthus occidentalis). It spent some time on Purple Coneflower (Echinacea purpurea), too.  This is the first Monarch we've seen this year, a female. 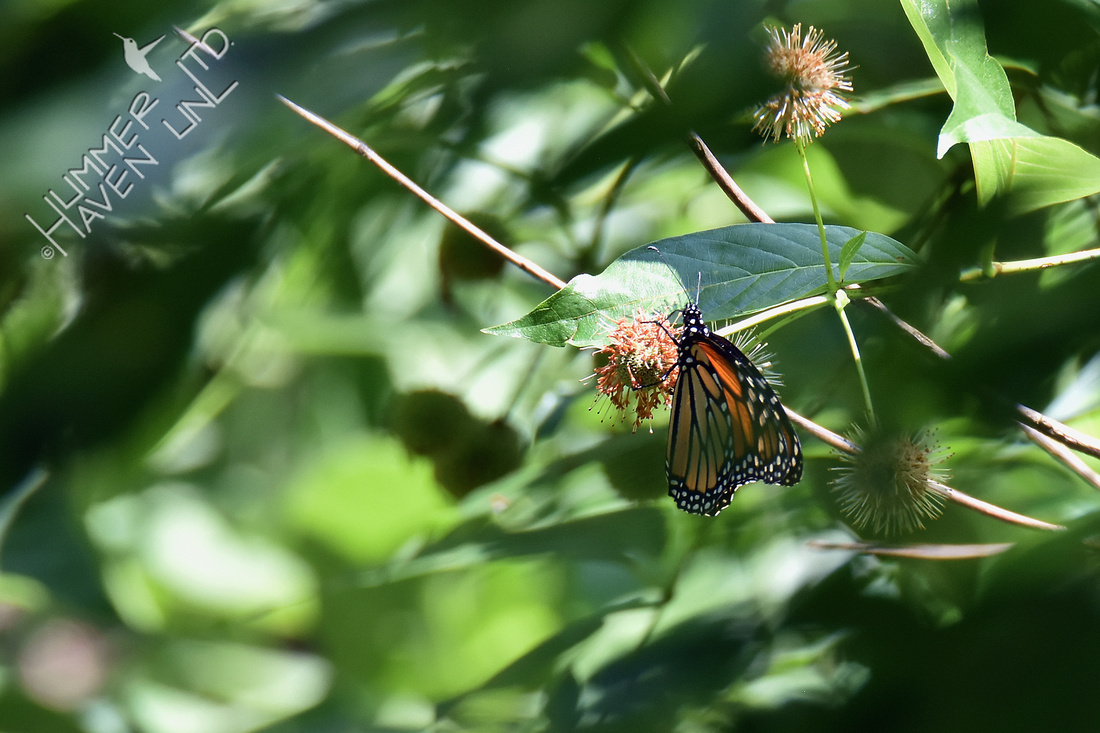 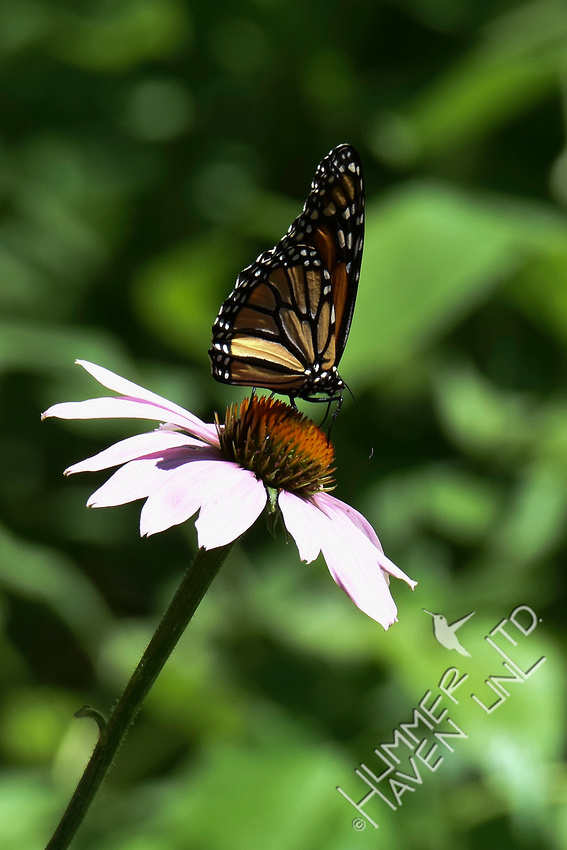 Three young Cooper's Hawks have been terrorizing the neighborhood with their screams and wild-eyed looks. Every other bird flies to cover when they start coming in close. They often fly into the Sugar Maple (Acer saccharum) by the pond. 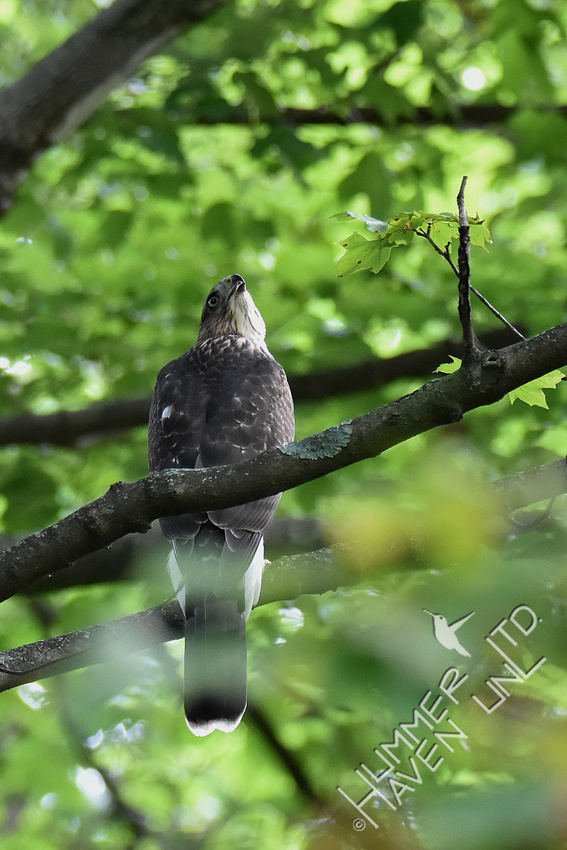 The second brood of Eastern Phoebes fledged on July 8. They scattered before I could find them to photograph. Since then, we've  been seeing another adult Eastern Phoebe feeding a fledgling. The younger bird is now coming in on its own to catch insects. We don't know where their nest was located, maybe under a neighbor's deck. Our yard does feed the 'hood! 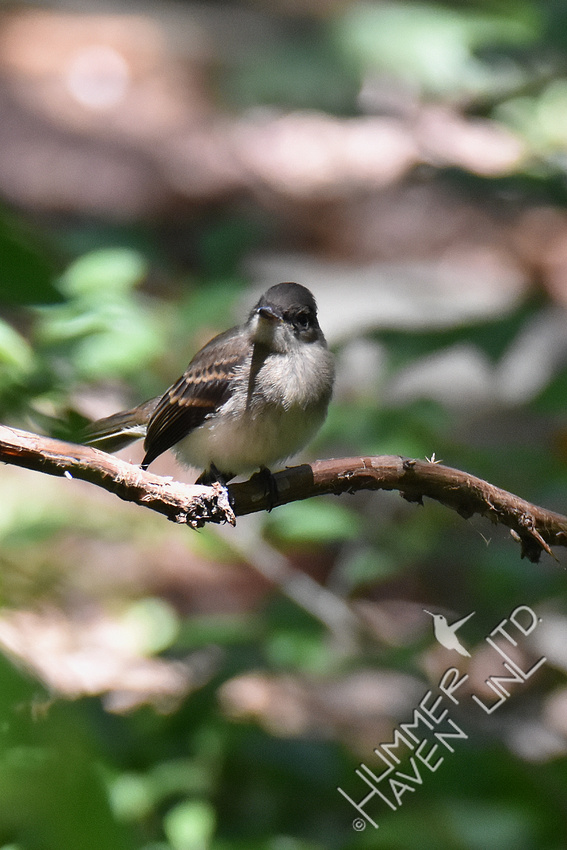 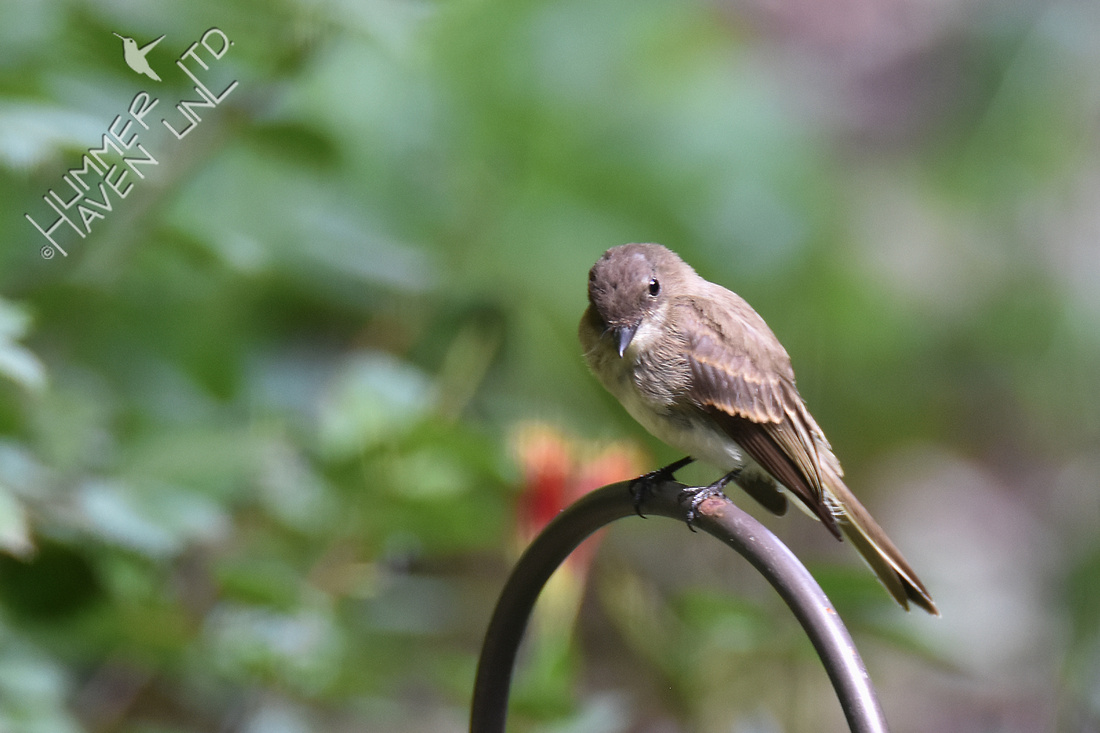 The deer have been more visible and active during the day. We regularly see two does and two fawns. The first fawn showed itself when it came to the bubbler area. Aha, so this was the culprit who had been feasting on my Solomon's Seal! 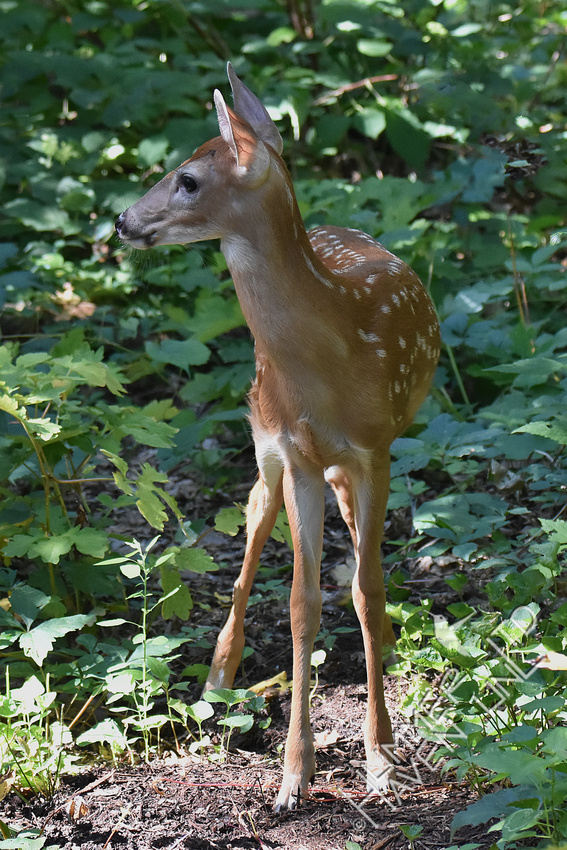 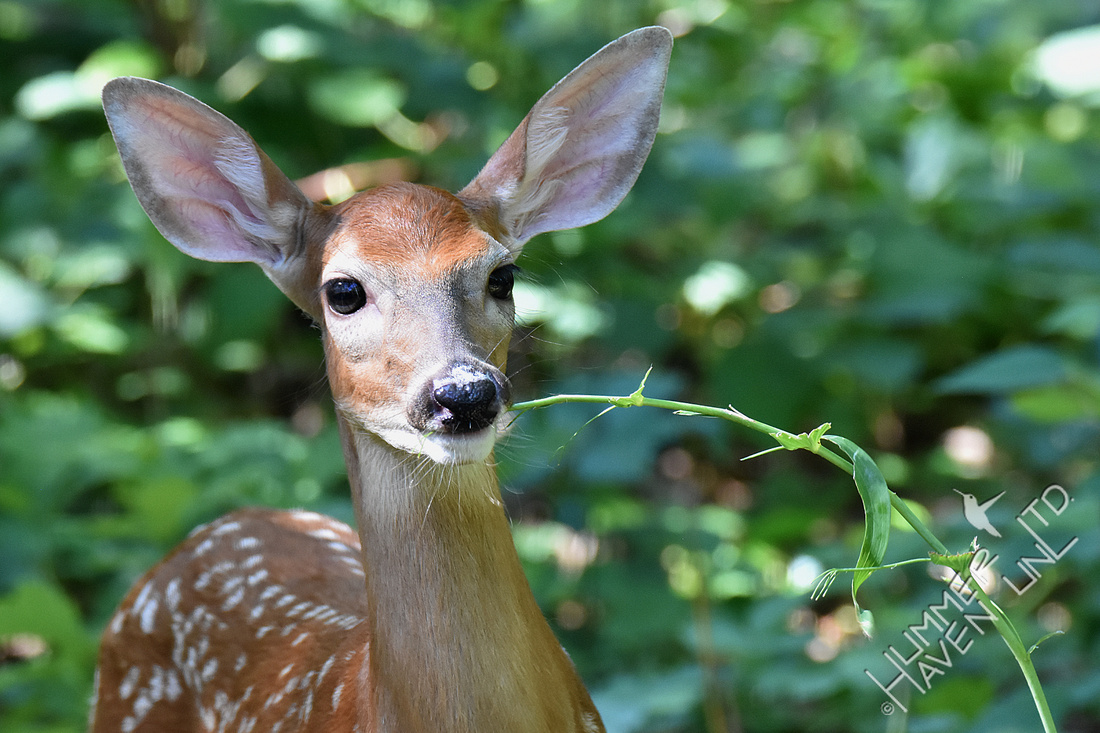 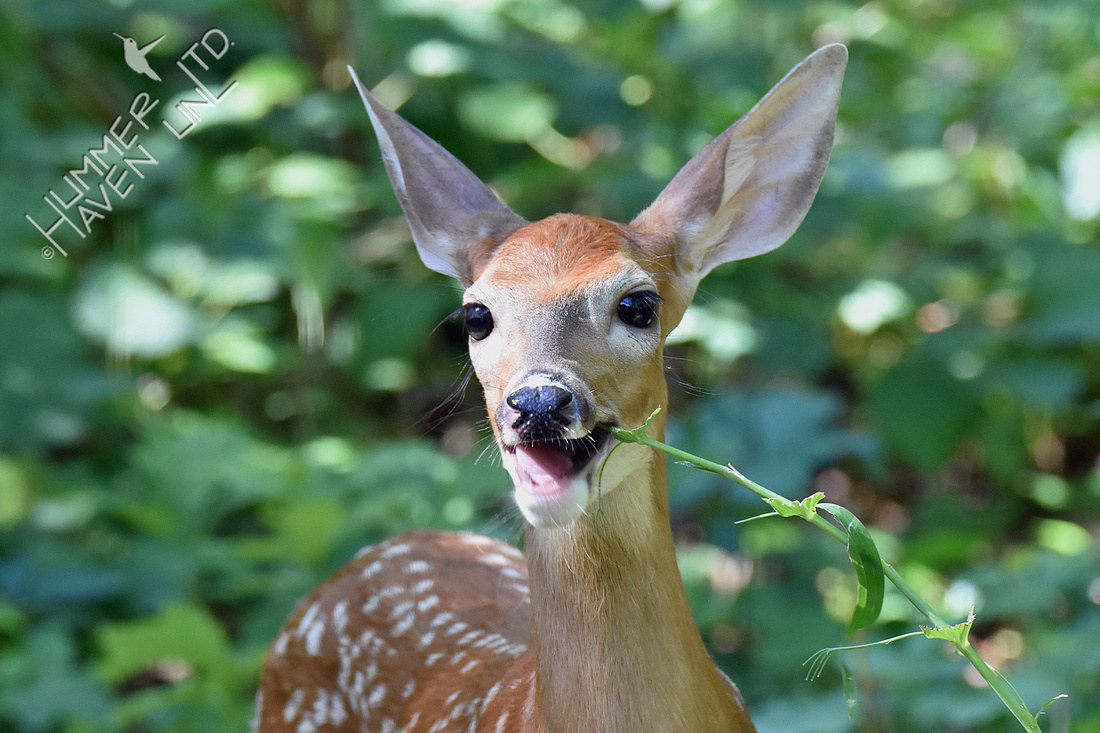 The Cardinalflower (Lobelia cardinalis) has begun to bloom and the Coral Trumpet Honeysuckle (Lonicera sempervirens) has a few new blooms, though it peaked in May. 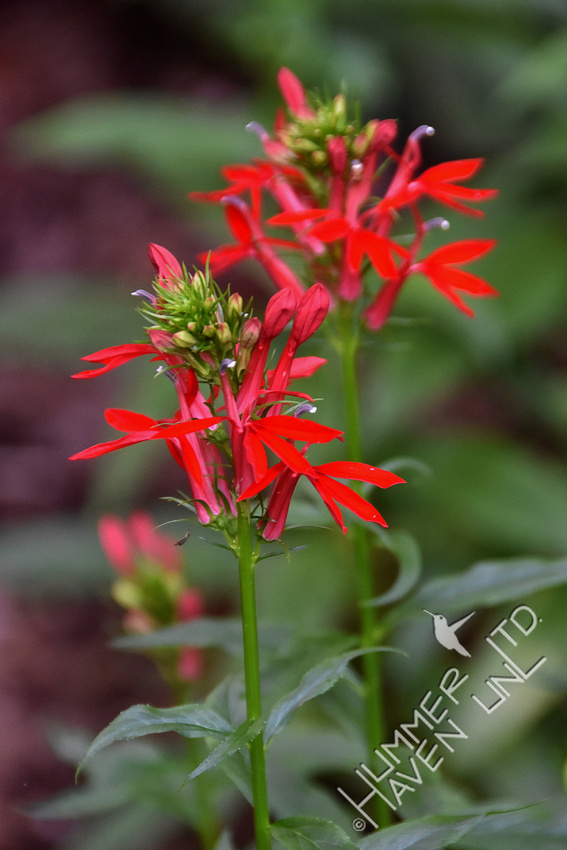 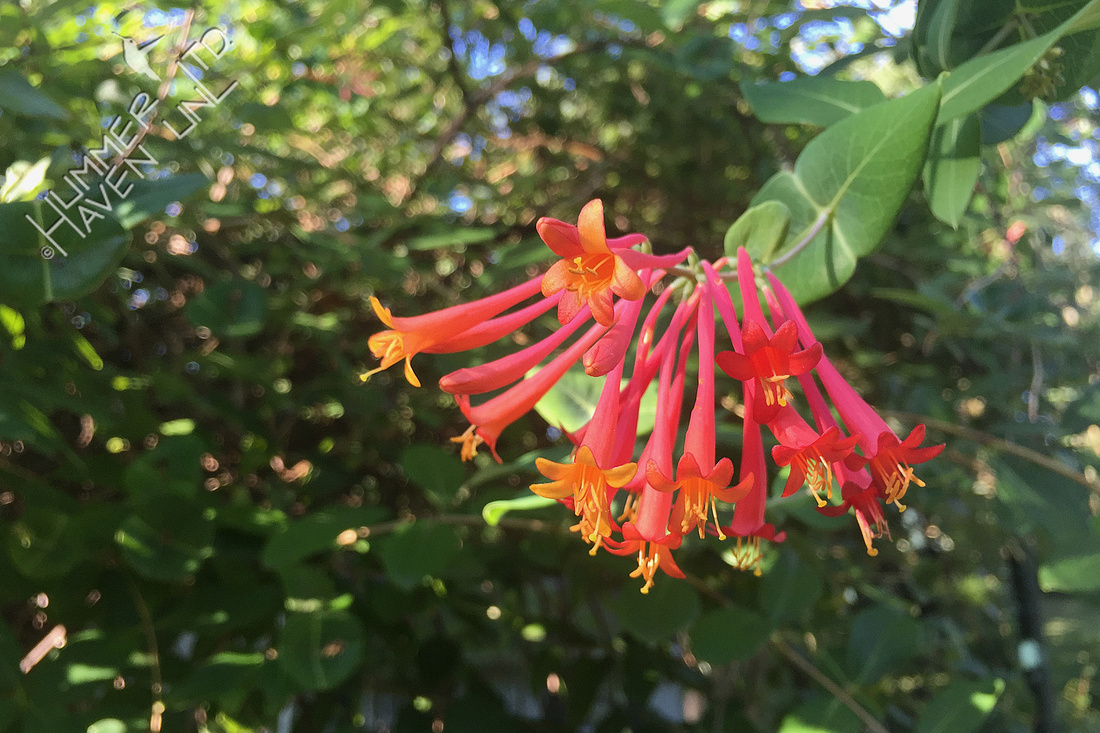 These plants are both magnets for Ruby-throated Hummingbirds. One day, there was a real standoff between two of them over the patch of Cardinalflower in the garden. The adult male was displaying its displeasure to the juvenile male, even though the younger bird had arrived first. 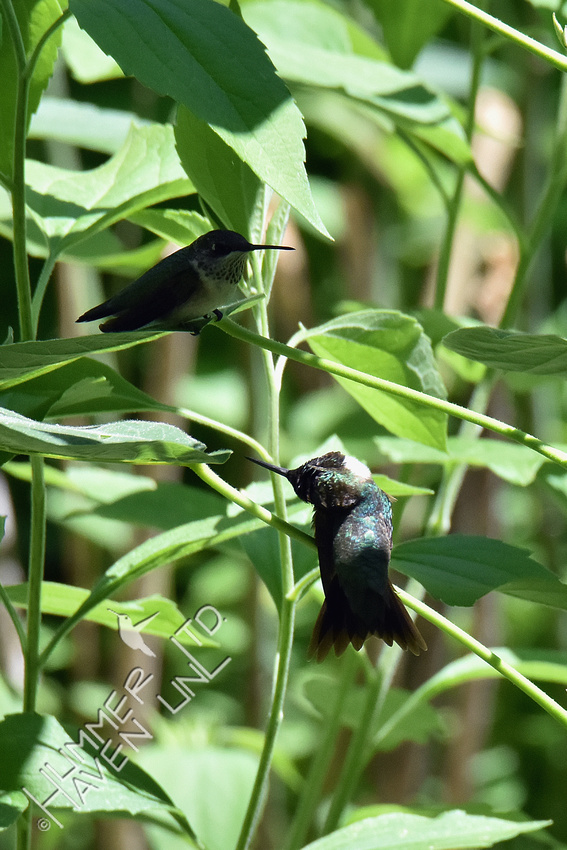 7-23-19 Two Ruby-throated Hummingbirds in a standoff

The adult chased off the younger bird, then hid under a mallow leaf. 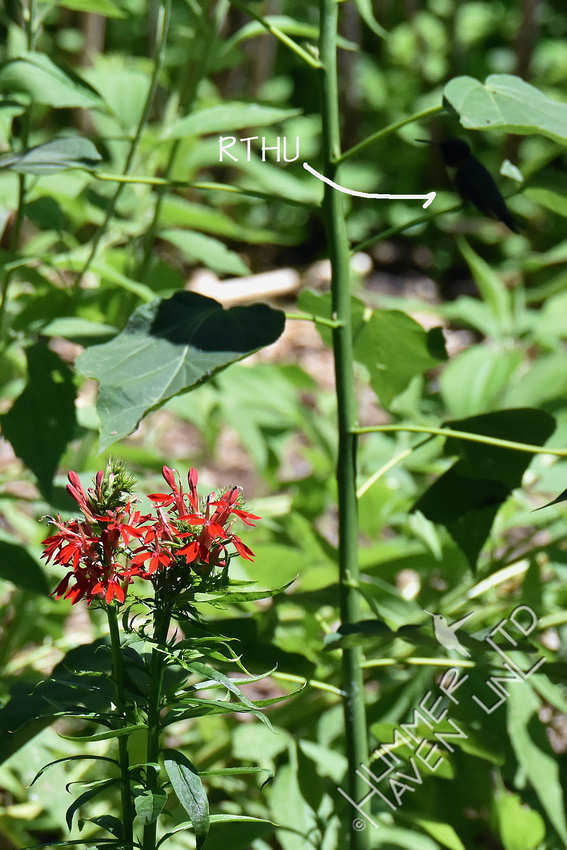 7-23-19 Ruby-throated Hummingbird waits under a mallow leaf, defending the Cardinalflower

Claiming its prize, the bird moved out and sipped nectar from every bloom. 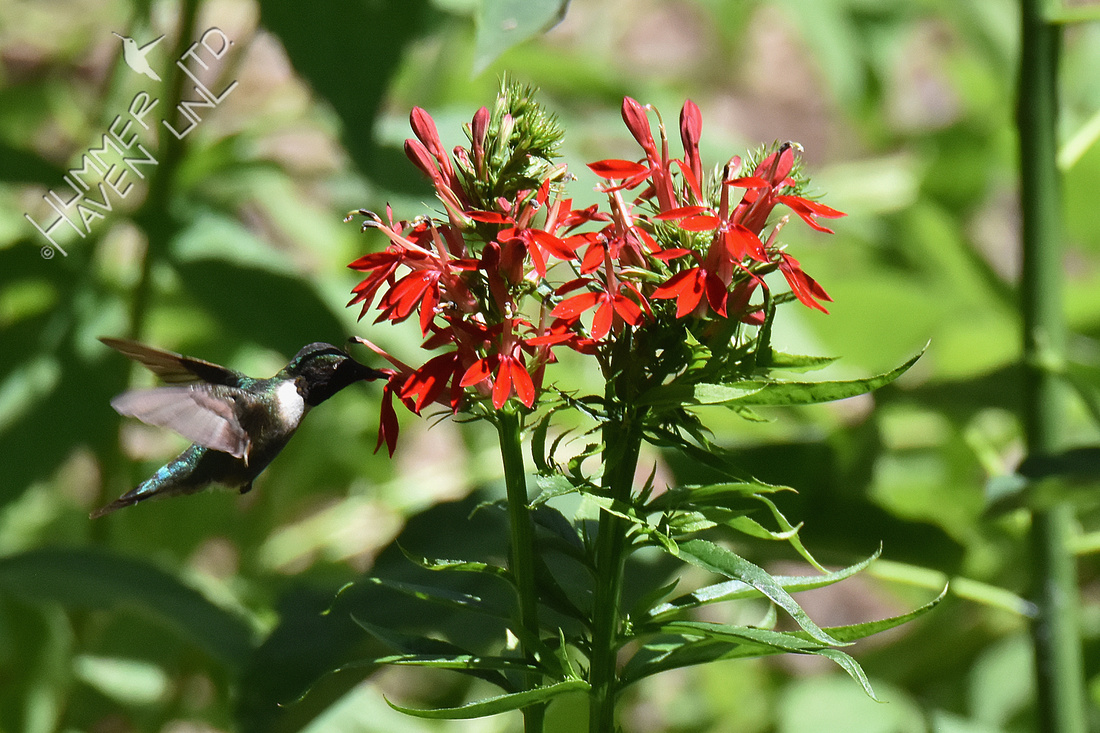 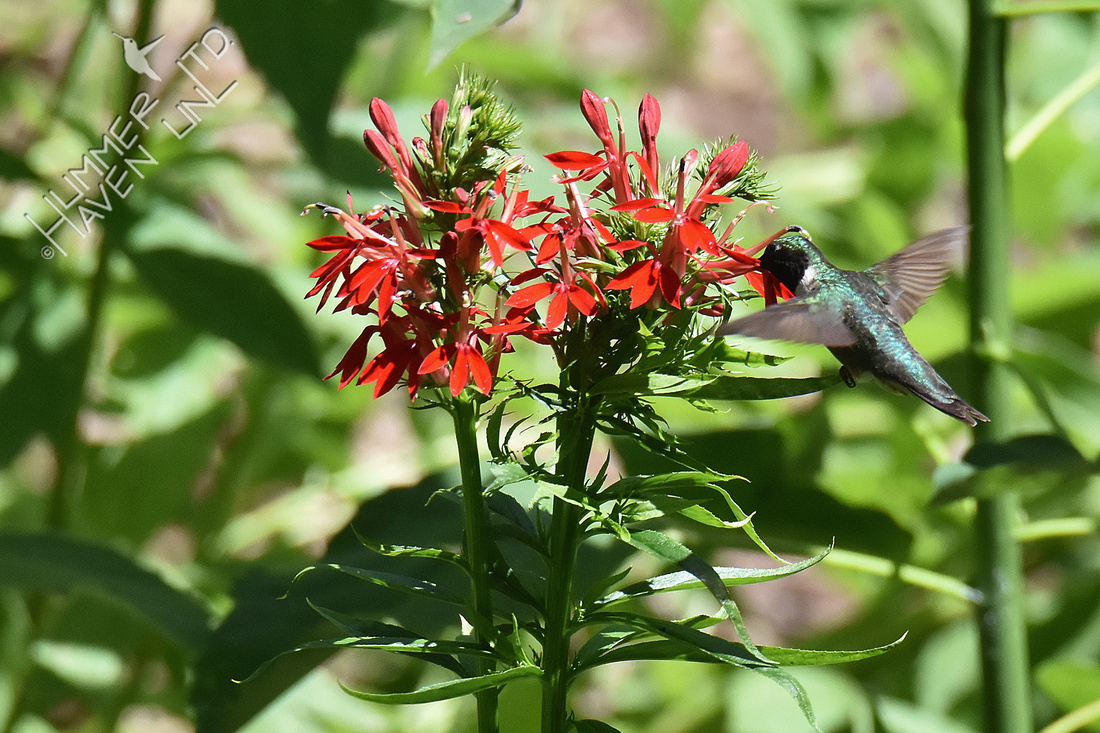 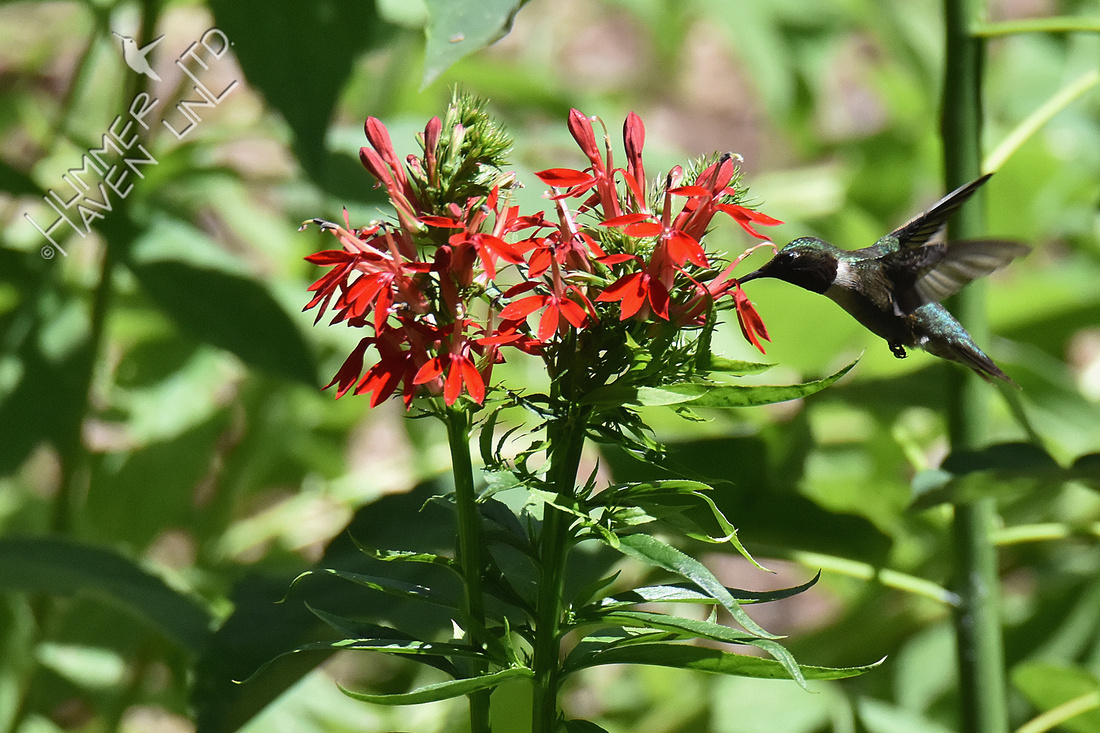 At noon today, I went back out to take the pulse of the garden and look for activity. The temperature was rising and so was the breeze. I did not see any large butterflies while I was out there. The bumblebees were busy on the coneflowers. 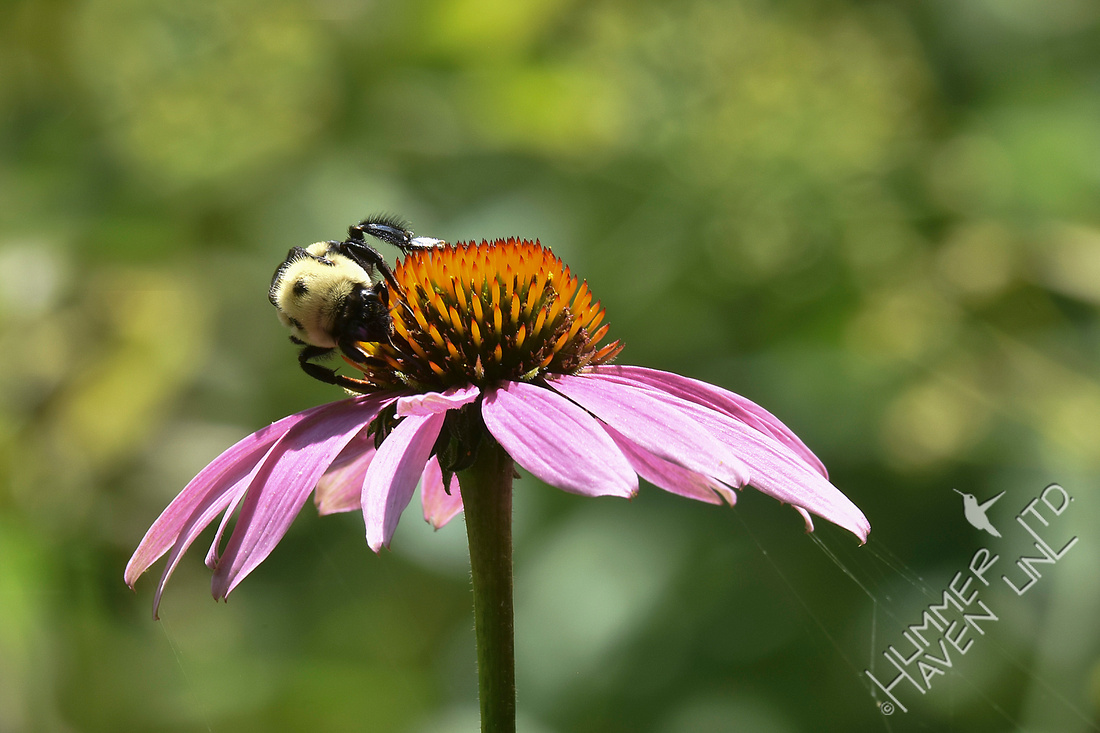 I noticed a bronze fennel stem that was leaning over and practically denuded of its fine textured leaves. The cause? Black Swallowtail caterpillars, at least six of them! They looked to be nearly large enough to begin metamorphosis, which meant the eggs must have been laid a few weeks ago.

Note: I intentionally left the bronze fennel in the garden to ATTRACT Black Swallowtails, knowing it's a host plant for them! Seeing the caterpillars made my day. 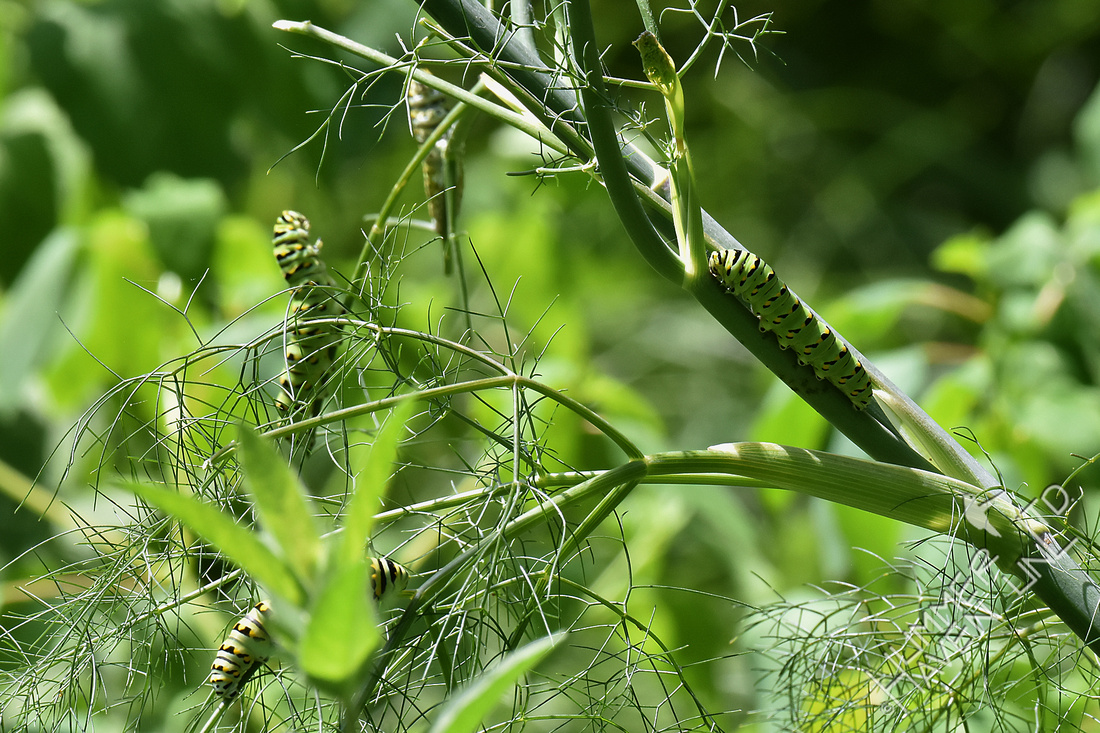 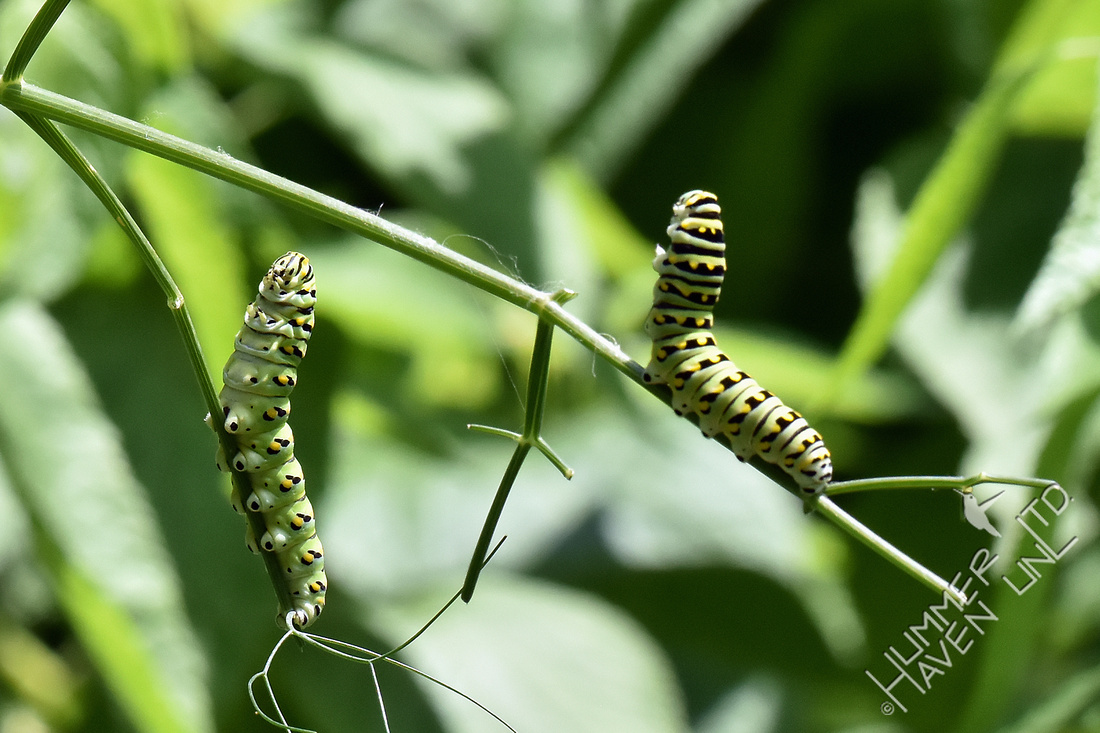 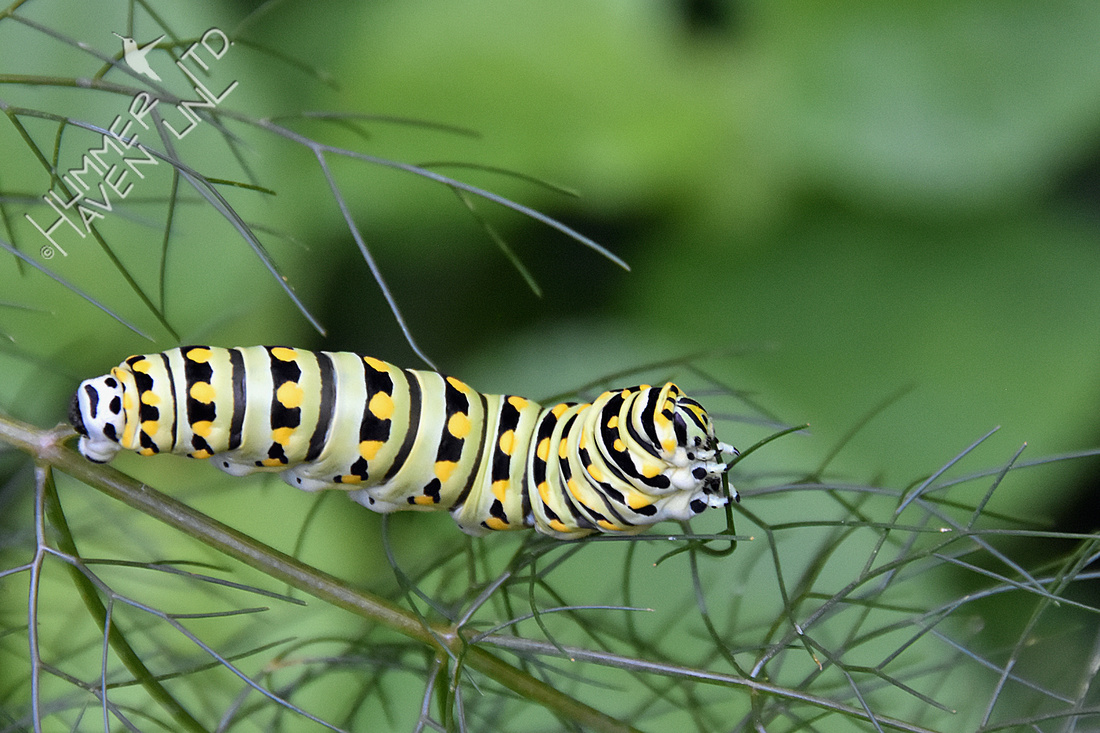 The young Eastern Phoebe was using the cedar perch near the north dripper bath to preen after a short dip. 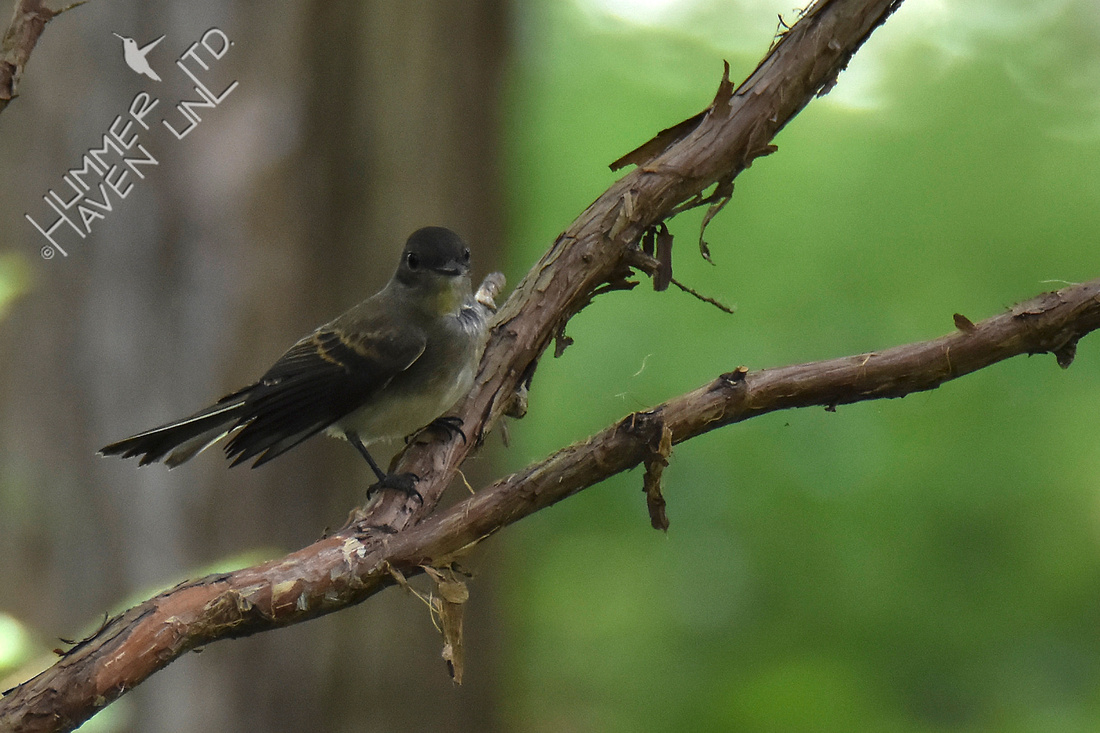 The young male Ruby-throat found a chance to slip in and nectar at the patch of Cardinalflower (Lobelia cardinalis) by the pond. What a lot of pollen on its crown from hitting the flowers! 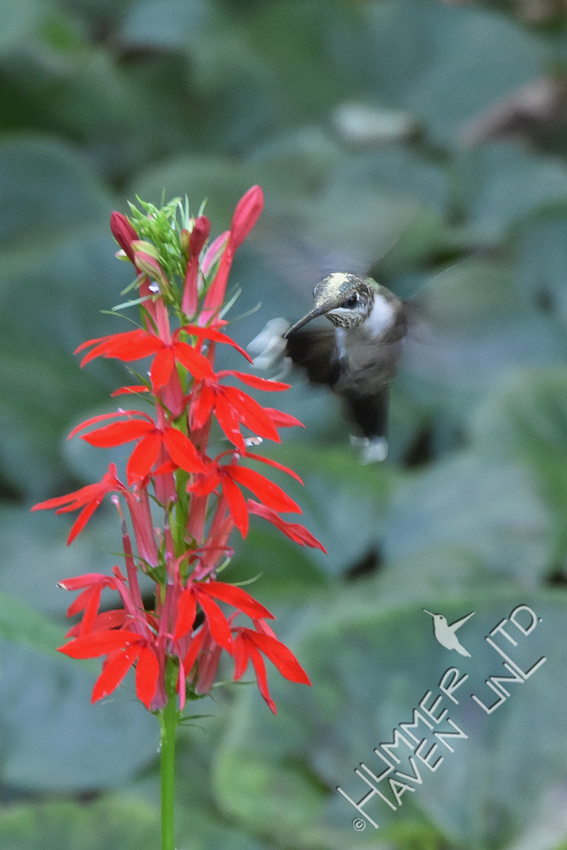 It's always fun to end with a hummingbird! Enjoy the birds and butterflies, 'tis the season of mid-summer.