Spring officially begins today at 4:58 pm CDT. The signs are outside, one just has to pay attention and some of you are! Jim tells me he's recognized a Red-breasted Nuthatch at his feeder and may have an Eastern Bluebird in the yard. Nancy has had a pair of Eastern Towhees under her front feeder and the Red-headed Woodpecker in her woods. Madonna has been watching and wondering about the differences between the Pine Siskins and American Goldfinches. She asked for some comparative photos. 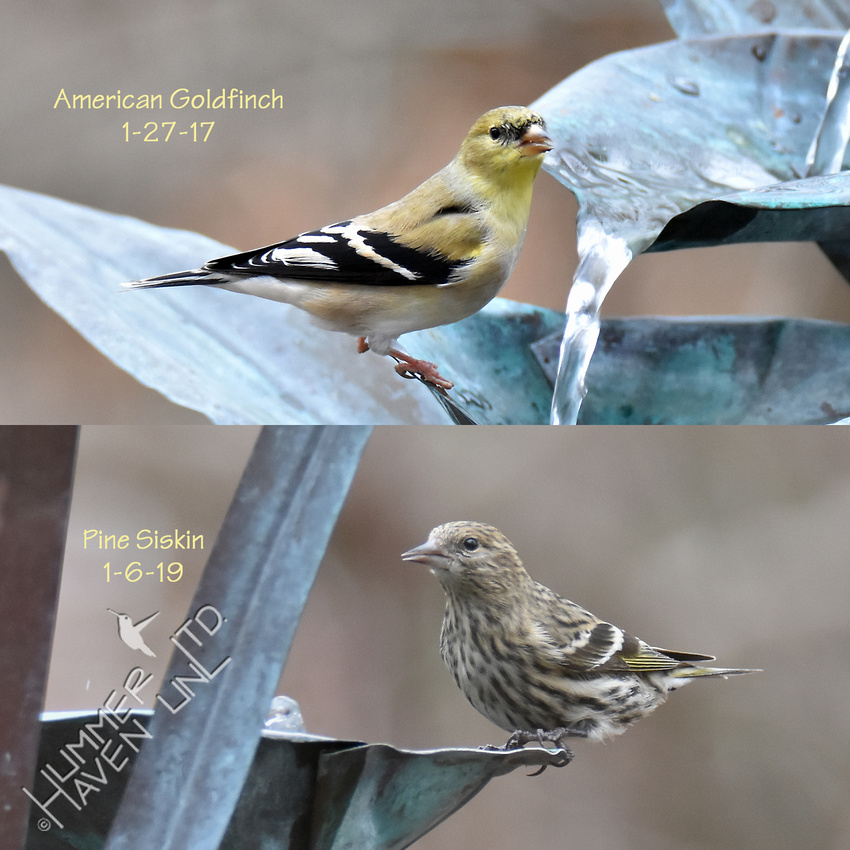 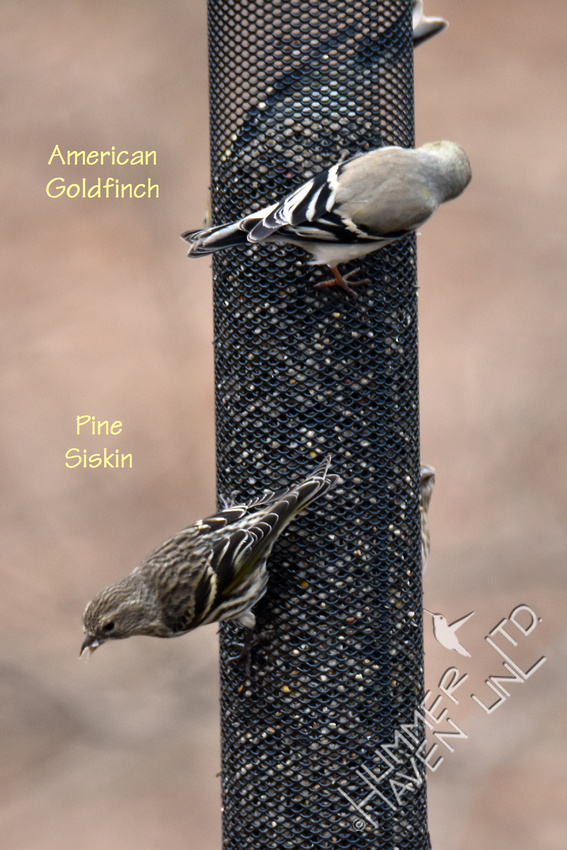 The main difference is that the Pine Siskins are very striped birds. Without a good pair of binoculars, it's not easy to tell them apart. The female American Goldfinches can be a very dull olive gray until they start to brighten up. There's a lot of variability in the Pine Siskins, with some having much brighter yellow wing bars. Hope these photos help a bit. You can look up any bird, any time at:

As for binoculars, if any of you are wondering where to start in finding a pair that's right for you, check out this information:

The female Red-shouldered Hawk has been in the woodland on successive days. One day, the bird was looking for prey when the American Crows started harassing her. They have started a nest in a pine tree not far away and didn't like the hawk being so close. She took off to look elsewhere. 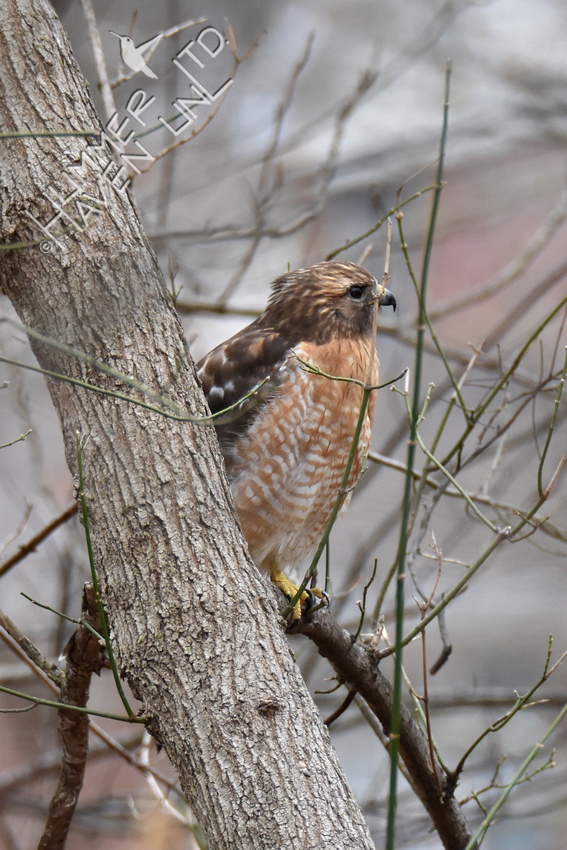 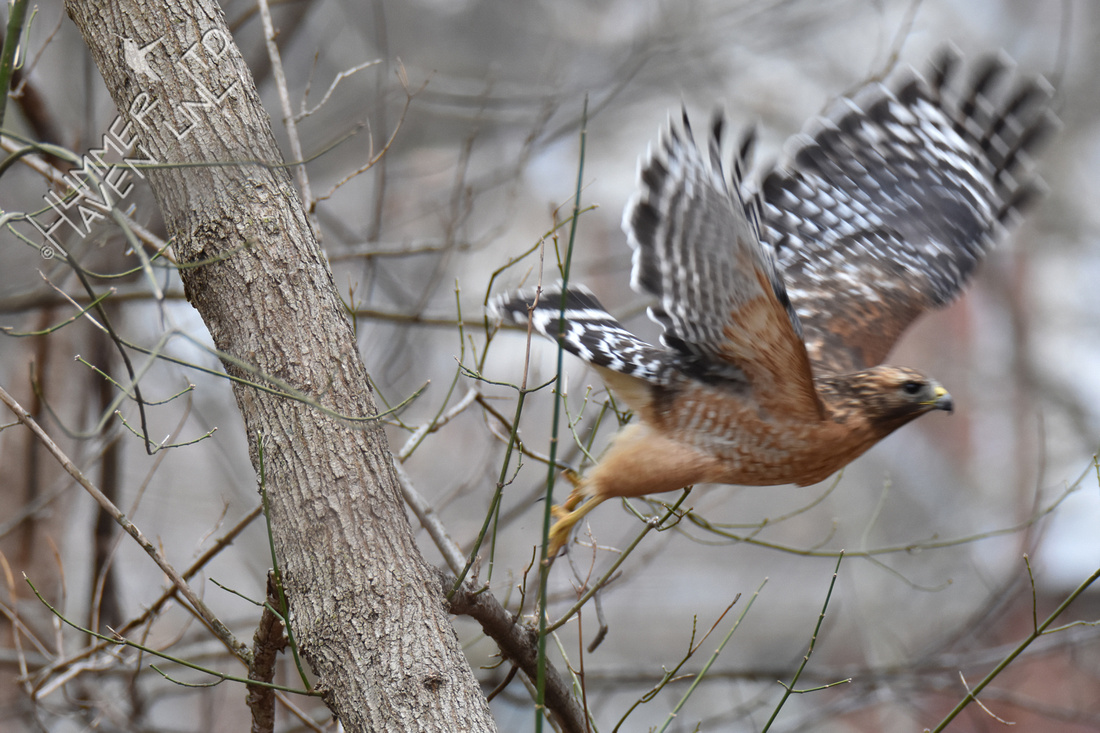 Some of the first migrant birds have been showing up in the yard, too. The first Yellow-rumped Warbler of the year arrived on 3-8-19. It stopped briefly by the bubbler but I saw it several days under the finch feeder. 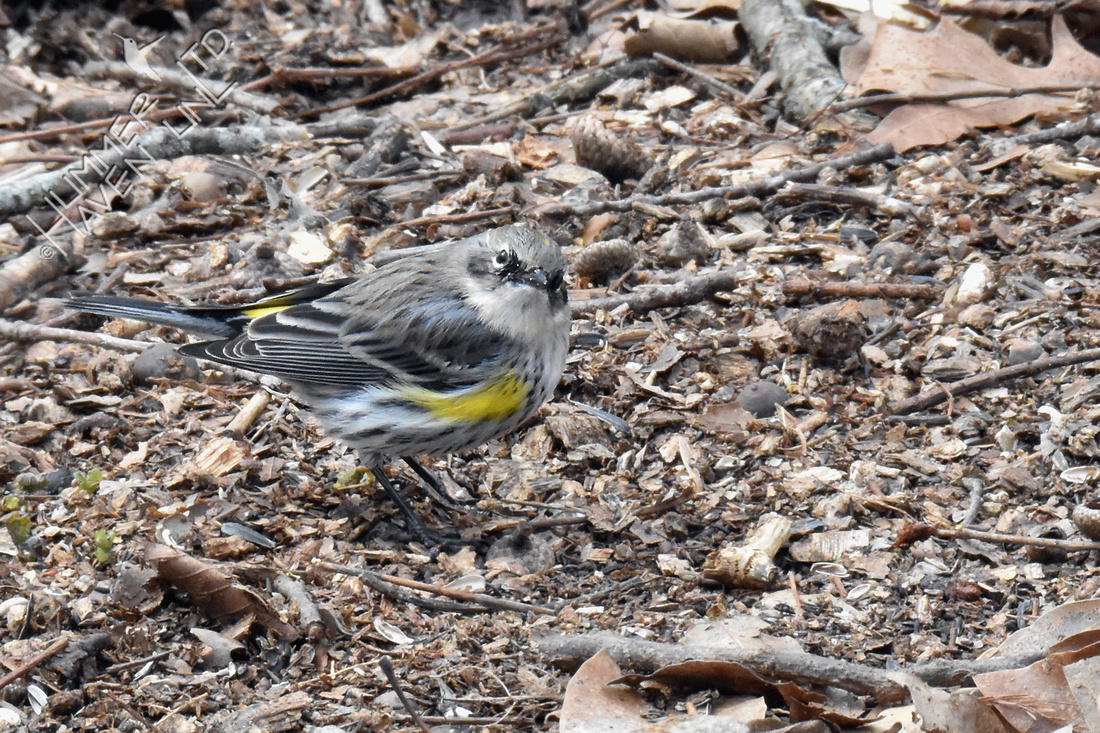 Two Eastern Phoebes were seen on 3-15-19 searching for insects in the woodland. So good to see them return! Just a few minutes later, our neighbor Steve called to give me a heads up. There was a World Bird Sanctuary vehicle across the street getting one of the Red-shouldered Hawks. I went right over. Our neighbor, Alison had returned home to see the hawk in the corner of her driveway, not able to fly. She called her vet for advice and they gave her the WBS phone number. They only take injured birds of prey, like hawks and owls, into their hospital.

The falconer had the bird in a covered crate when I got there. I showed him and Alison where the nest was in the highest crotch of a large Shagbark Hickory. 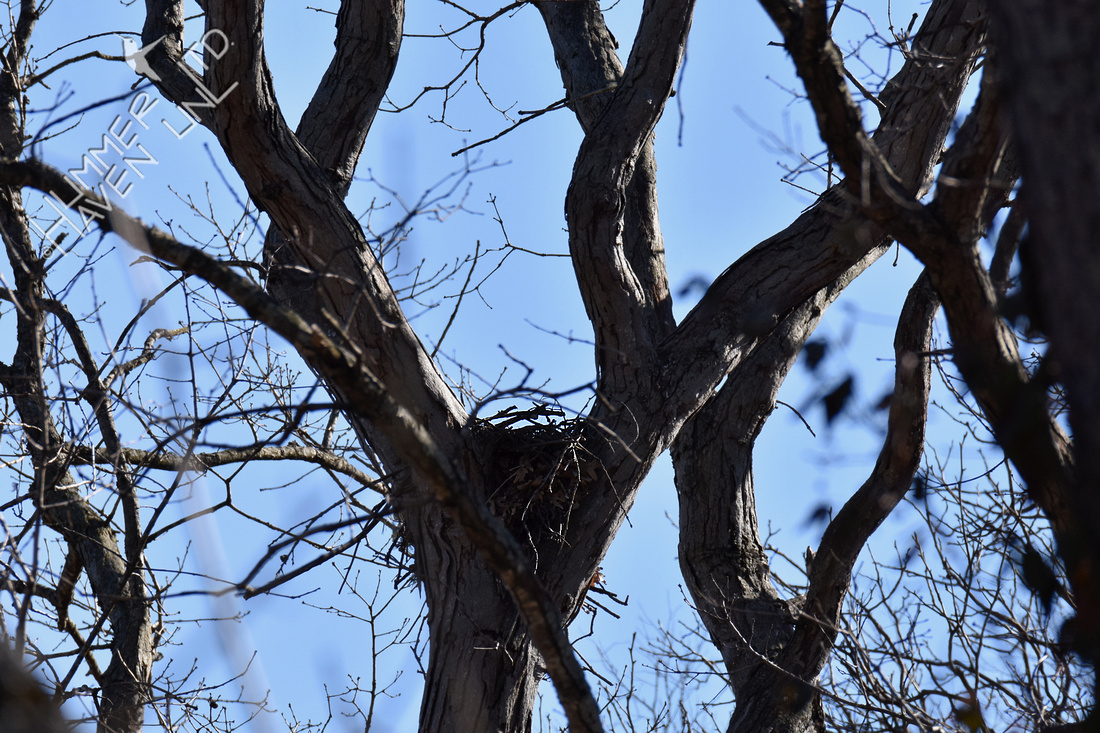 The 'bomb cyclone' winds of the three previous days had not helped the nest. Alison thought the bird may have fallen, but the falconer who rescued the bird thought it had been hit by a car. I will post word of her condition as soon as I can find out. In the meantime, I still hear the male calling each day and photographed him in a tree not far from the nest. 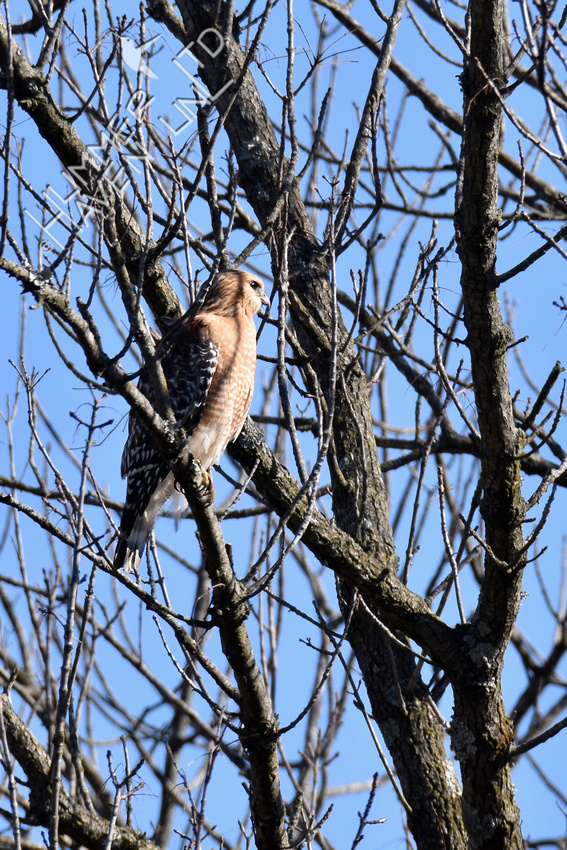 When we think about how many large birds we can see in a day, we realize there is truly not enough habitat! We are lucky to have large trees in our neighborhood. But it takes so much more to support large birds as they build nests and raise young. The young must be fed with small mammals like voles, that are in turn fed by insects. That is one reason why we "leave the leaves" in the beds. The leaves gradually break down and enrich the soil and the whole ecosystem benefits.

The Carolina Wrens are often moving about, under and around the deck. They both popped up on the gate one morning. Not sure yet where their nest may be.  Males and females look alike but as soon as I can catch the male singing, we may know who's who. 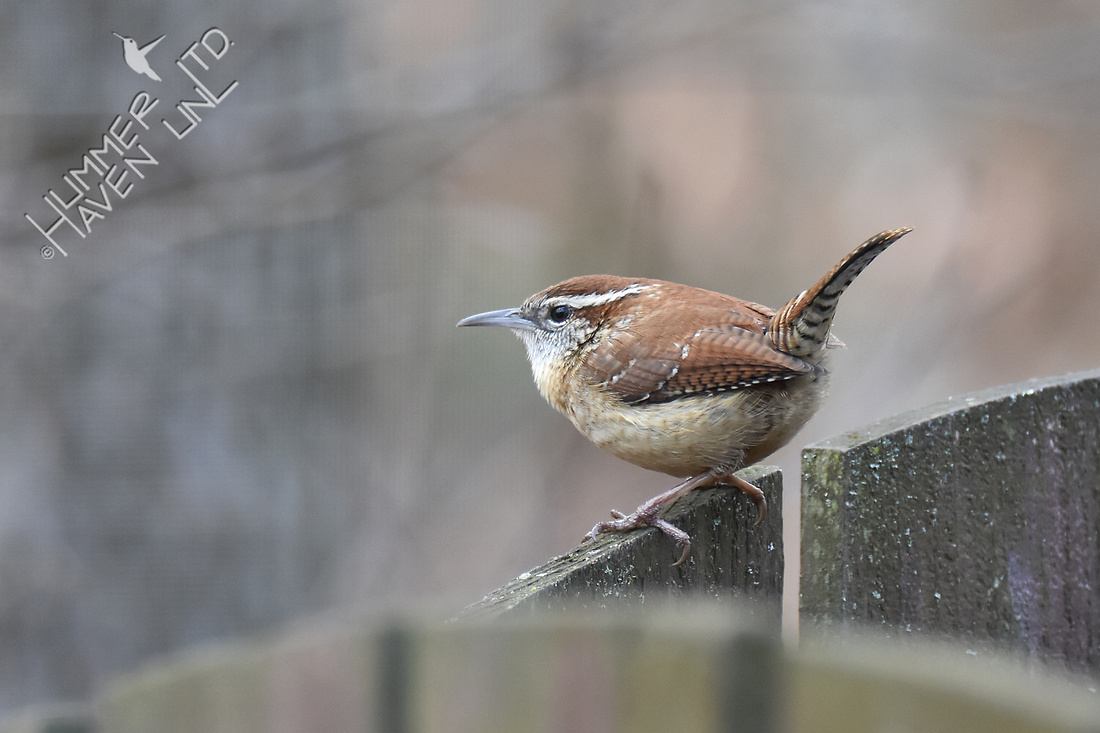 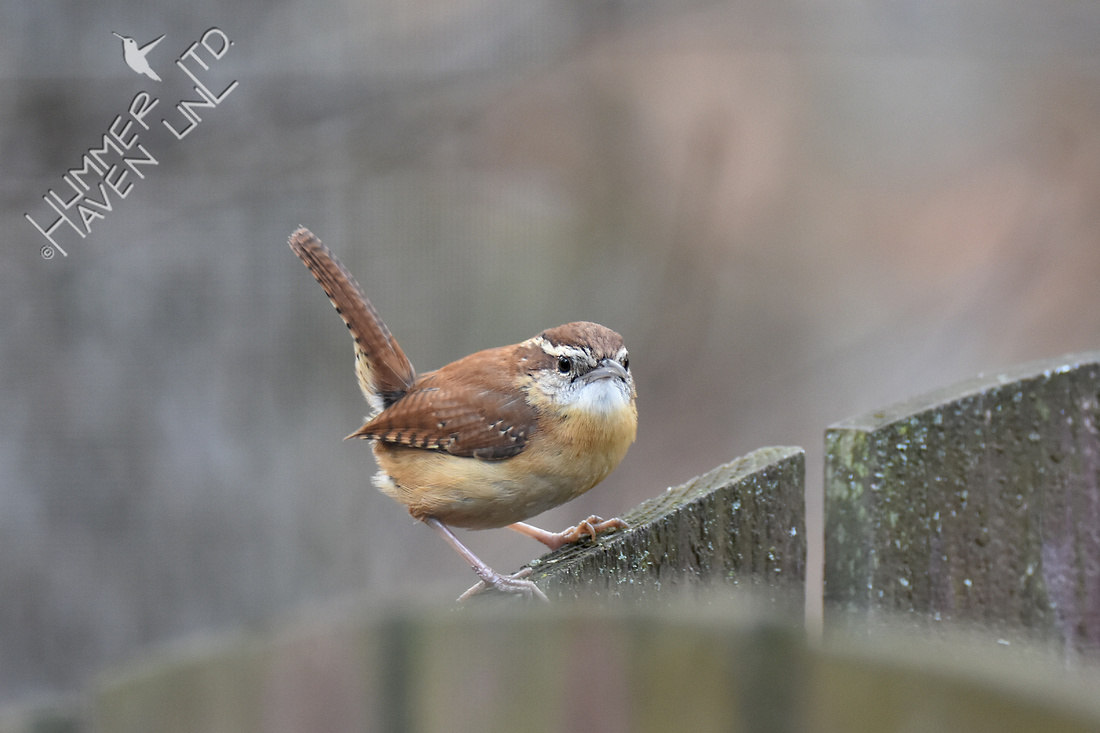 On 3-17-19, the luck o' the Irish was with me as I spotted a very quick-moving, tiny bird and realized it was a Golden-crowned Kinglet! It was looking for tiny insects in the brush pile, in the swampy thicket and on the hydrangeas and spicebush near the Bubbler. It was another one of those times when spotting movement and following its maker proved fruitful! 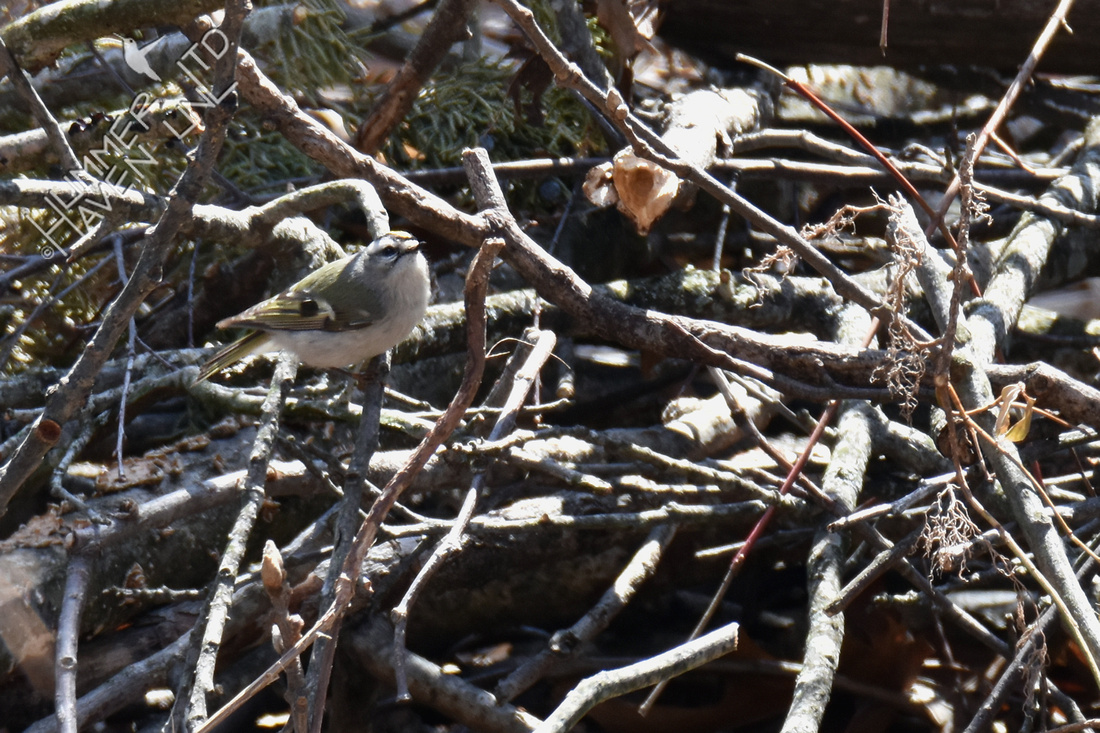 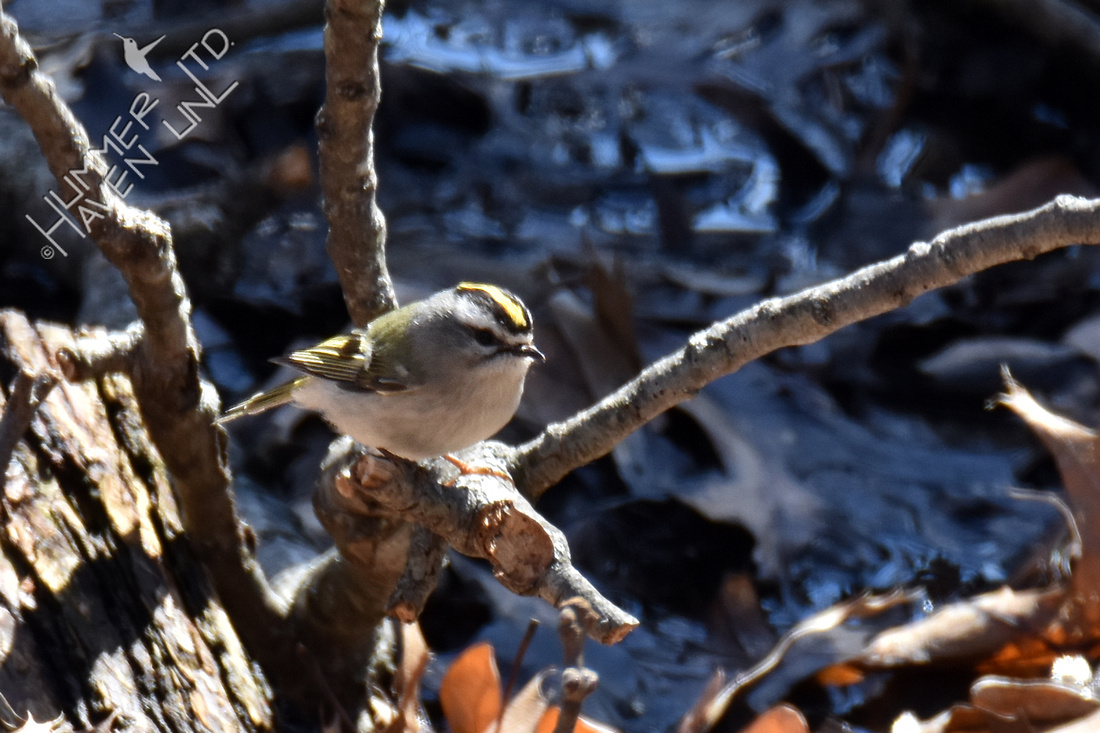 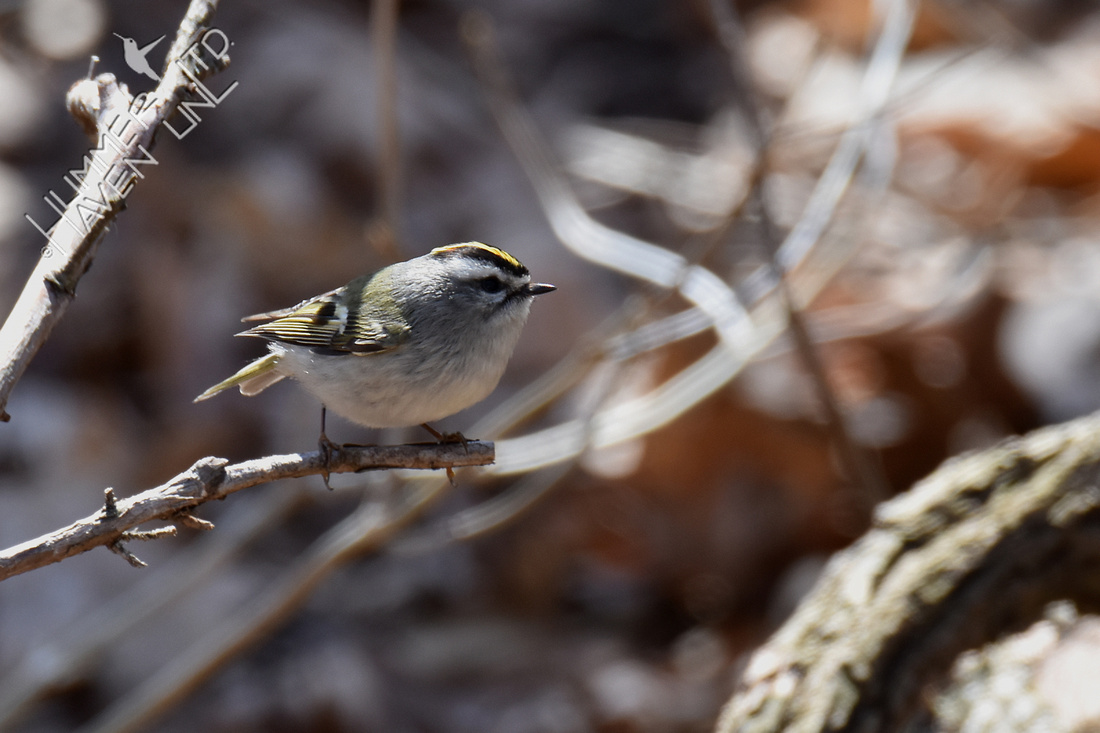 Virginia Bluebells (Mertensia virginica) and Celandine Poppies (Stylophorum diphyllum) are up, too! 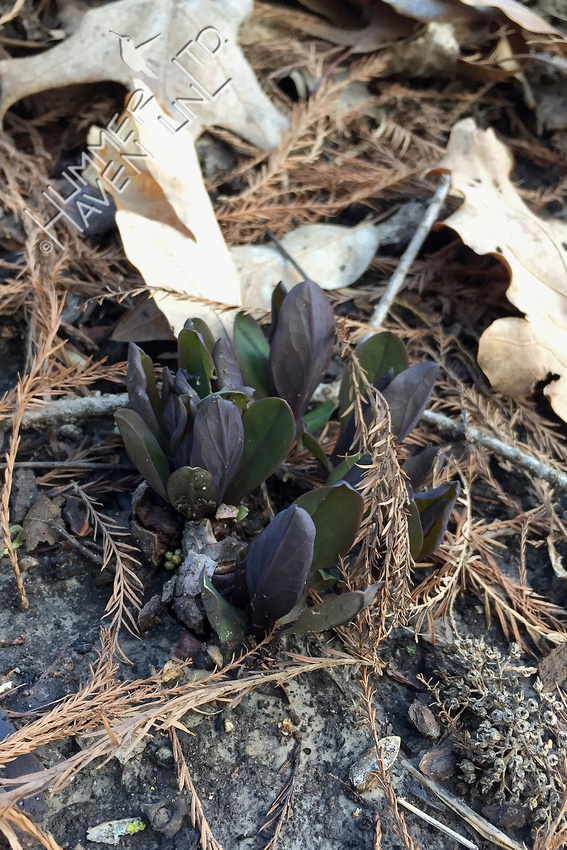 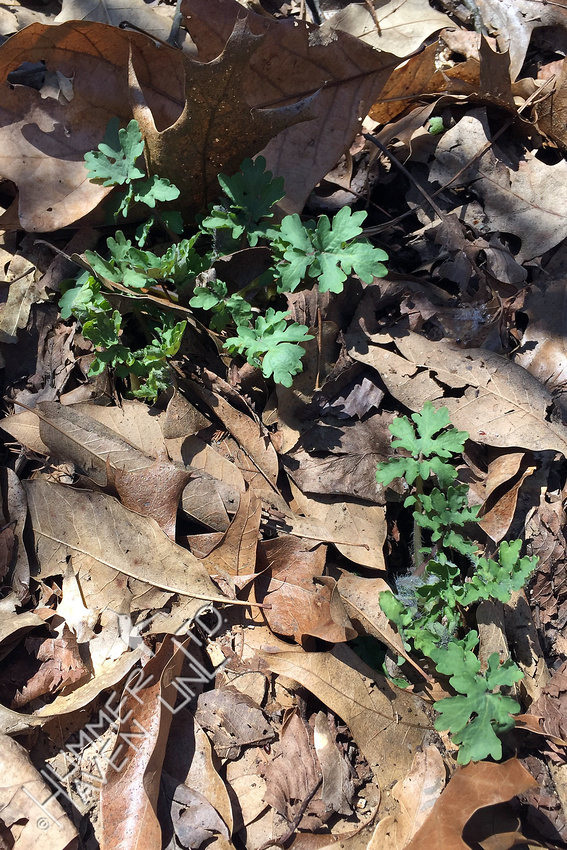