It has been an interesting few days here.  Wednesday morning was rainy and I returned from errands to have a bit of lunch.  As I got up to take my plate to the sink, I saw a male Purple Finch in a Rough-leaf Dogwood near the feeder!  It was the first one I had seen since January 1, 2016.  It flew before I could get a photo but I hoped it would come back.  About 15 minutes later, I spotted this Hermit Thrush in the woods.  Both birds were new for the year. 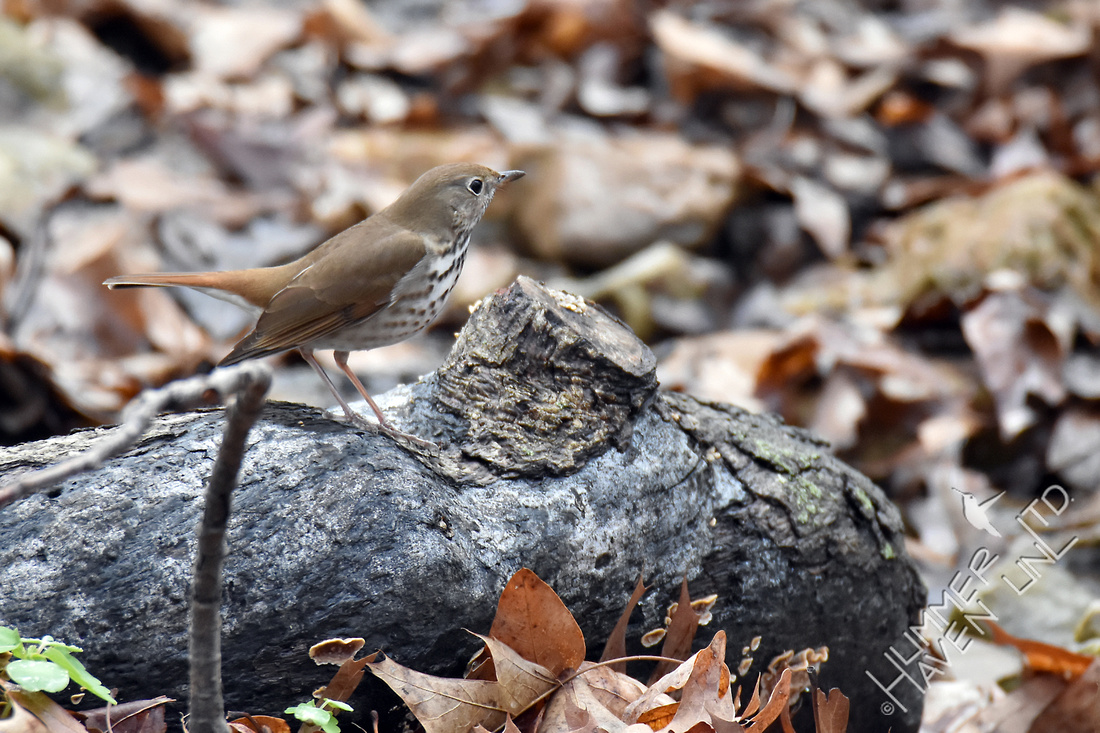 The Purple Finch did return to the feeder and we were able to enjoy this beauty as it took turns with other birds. 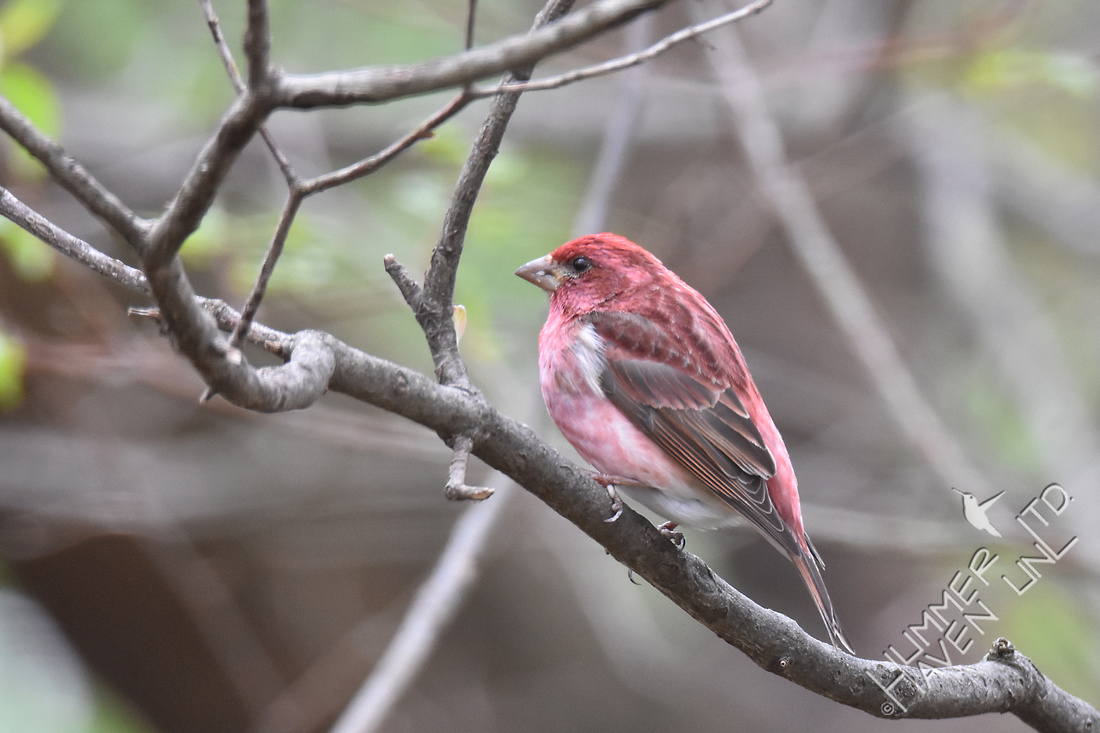 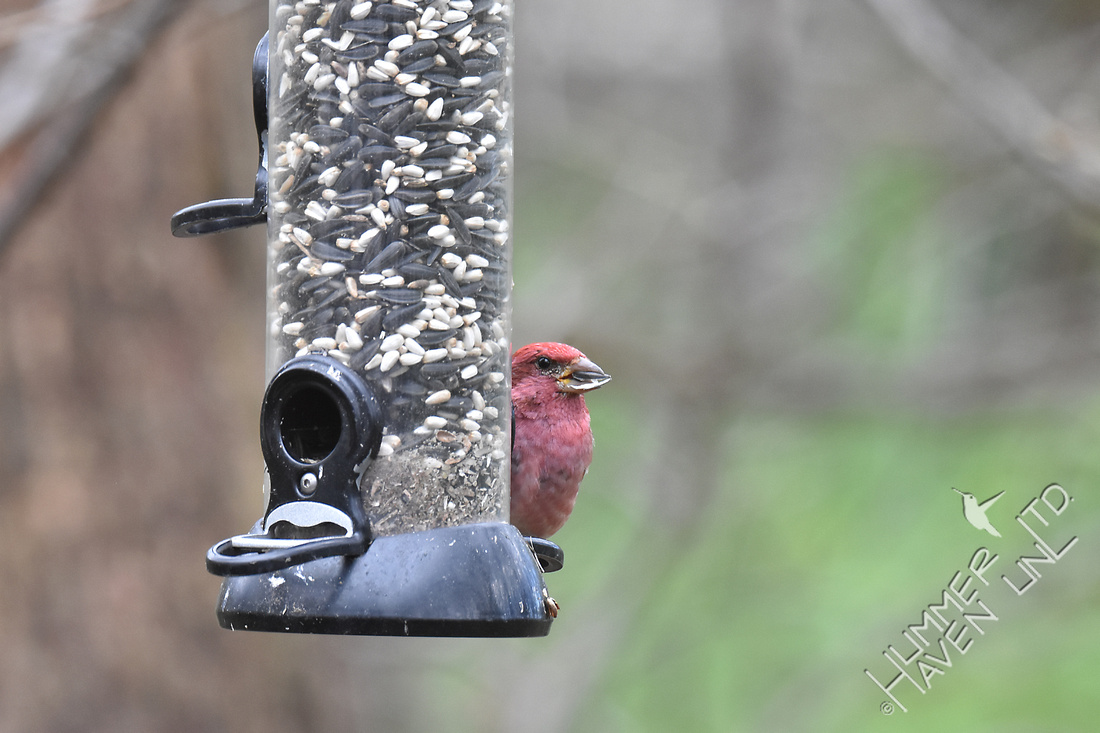 The next nice surprise of the day was a moth, a Nessus Sphinx (Amphion floridensis).  It is quite a small moth (wingspan 1 7/16") and it was nectaring at the Virginia Bluebells (Mertensia virginica). 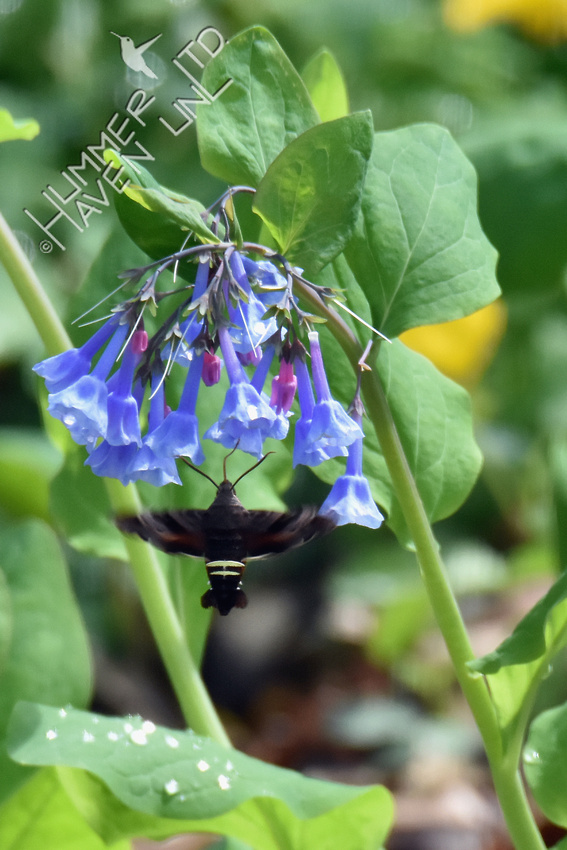 It's always fun to see something new in your own garden!  After consulting with some knowledgeable friends, I learned that this is one of the first sphinx moths to emerge each year, it's a bit smaller than the Hummingbird Clearwing and a full inch smaller than the White-lined Sphinx.  Those I will typically see in the garden in the summer.  To learn more about this moth, take a look here:  Nessus Sphinx

First thing on Thursday morning there were two male Purple Finches waiting to get to the feeder! 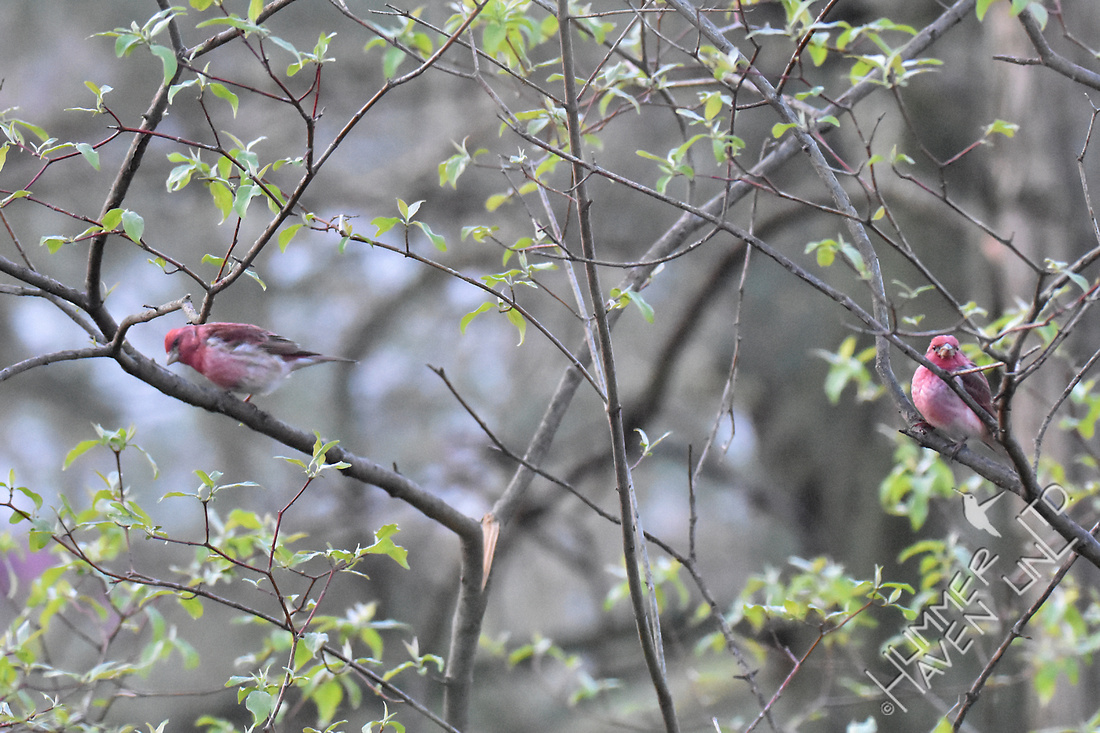 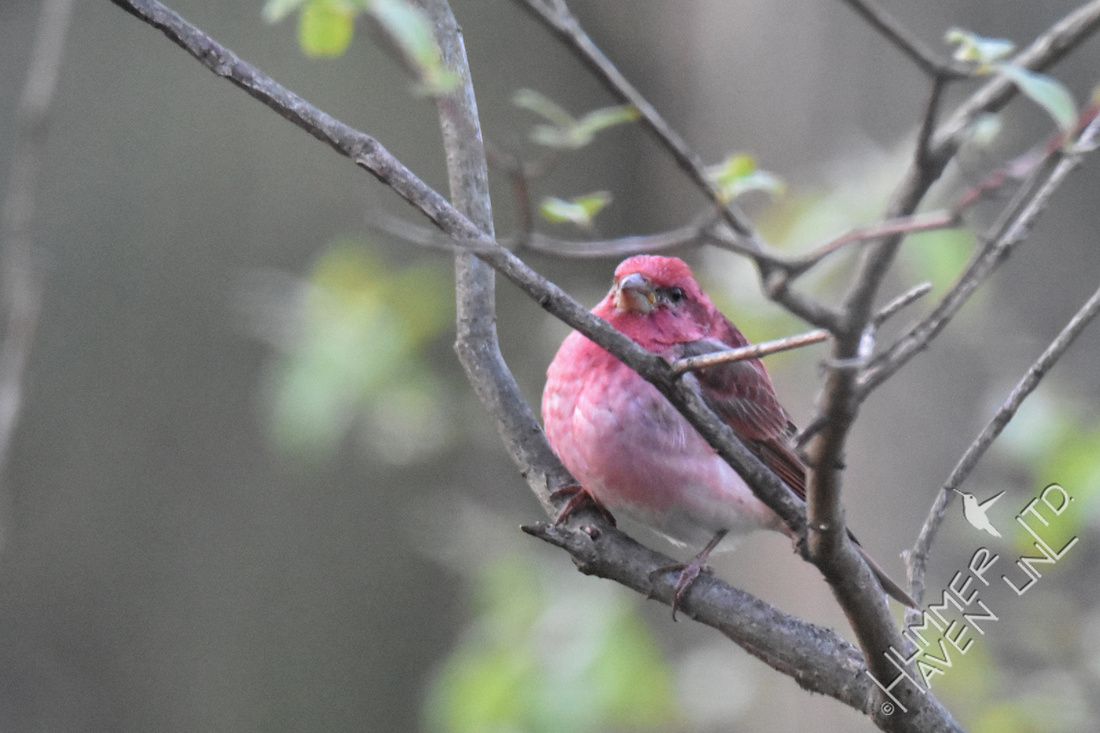 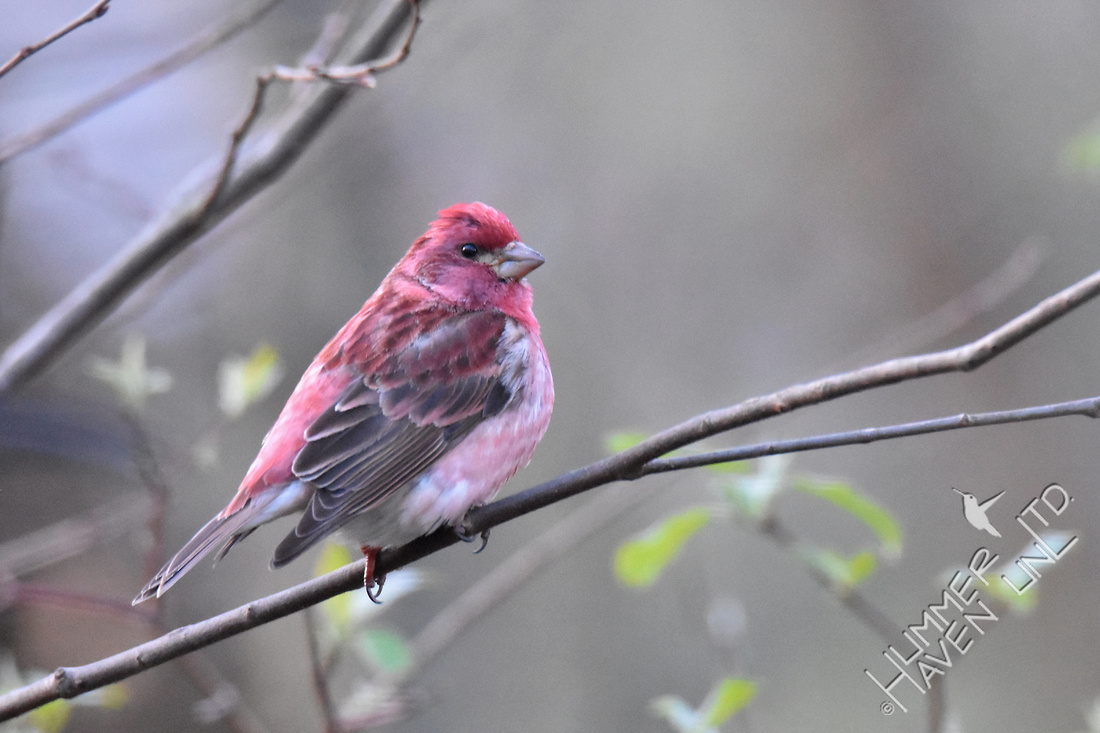 They left and a few hours later, there was a single male that was soon followed by a female.  This is the first time I have ever had both sexes of this species here on the same day!  Perhaps they are a breeding pair. 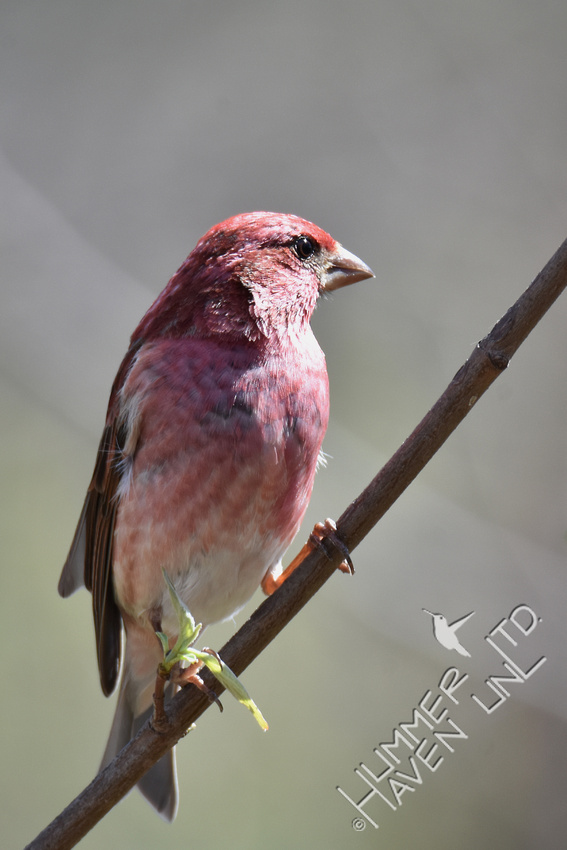 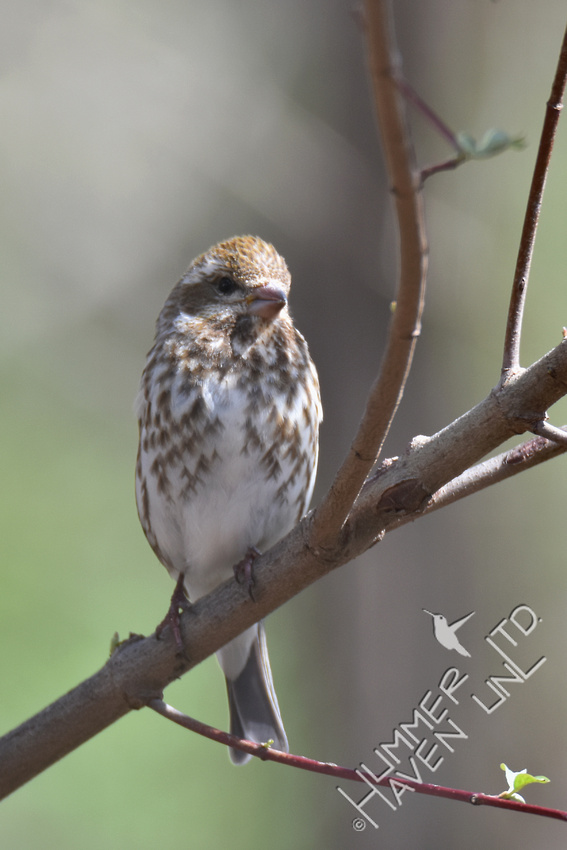 We are still in a time of transition and early migration.  This Brown Creeper came in briefly to look for food. 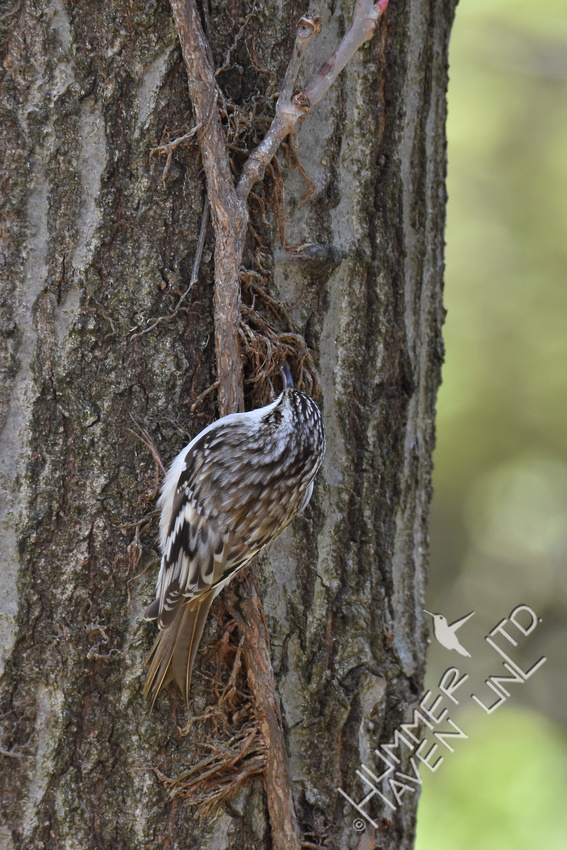 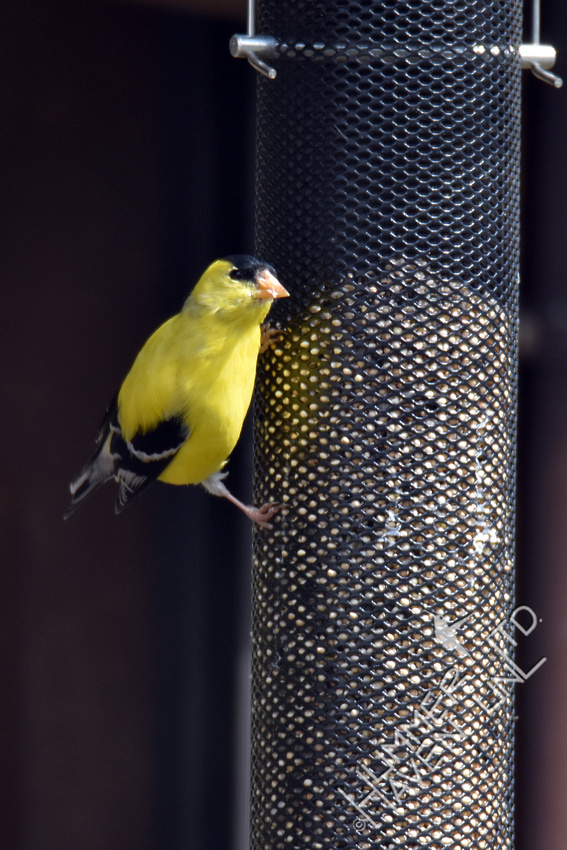 On Friday, April 7, there was still one male Purple Finch here most of the day. 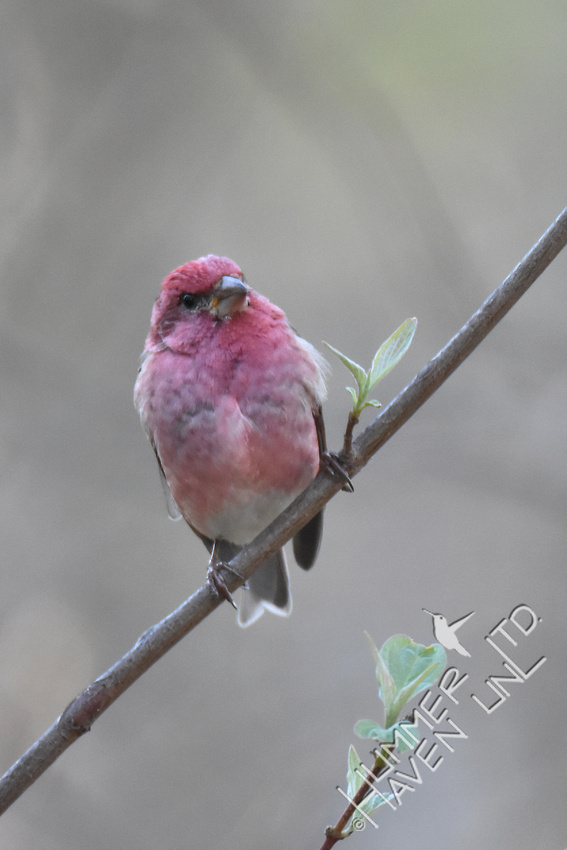 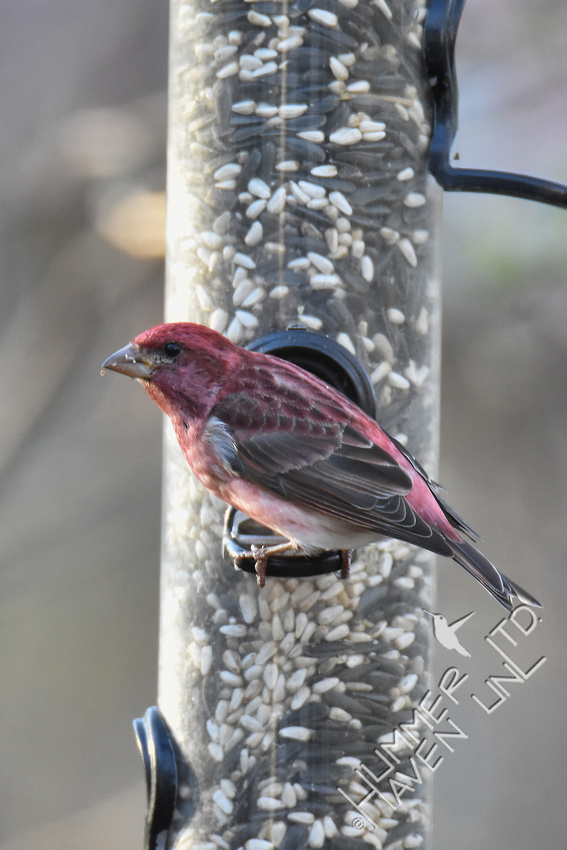 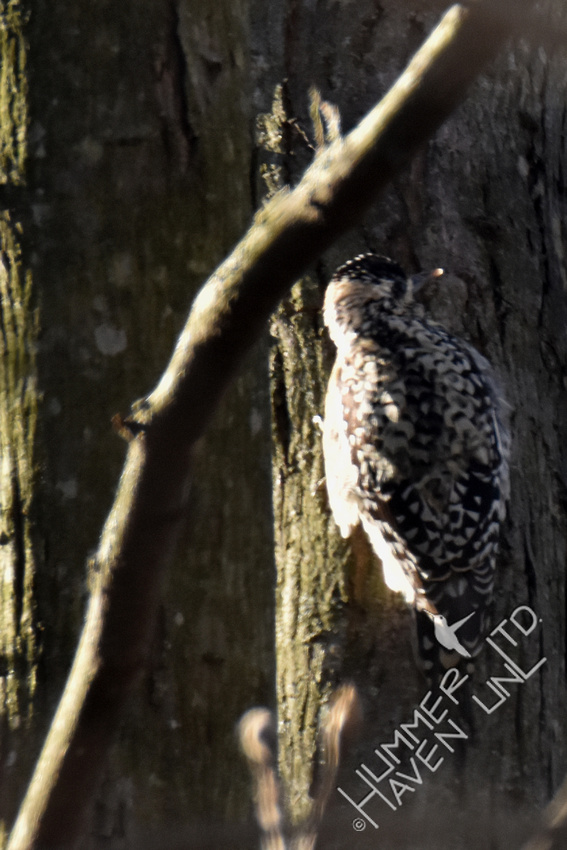 A pair of Eastern Phoebes are being seen in the yard and this one was fly-catching on Friday. On Saturday, April 8, there was not much activity at the feeders or the Bubbler but the Sugar Maple (Acer saccharum) in front was buzzing with birds.  Golden-crowned and Ruby-crowned Kinglets were foraging for tiny caterpillars in the newly emerging leaf clusters.  A Carolina Chickadee soon joined in the feast.  Golden-crowned Kinglets were seen first. 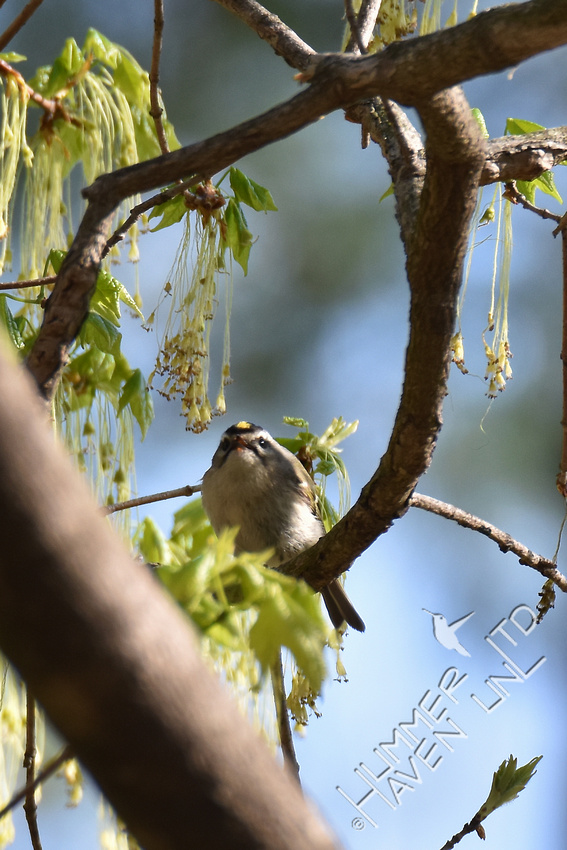 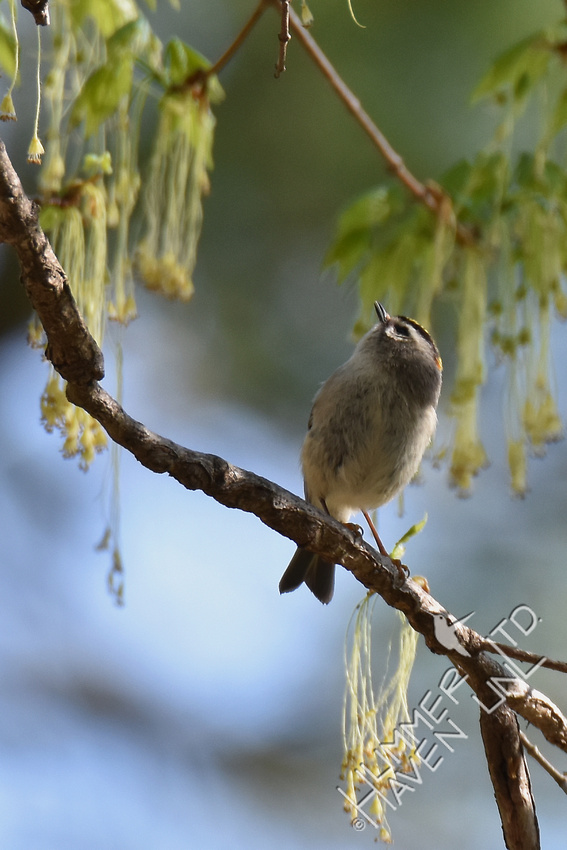 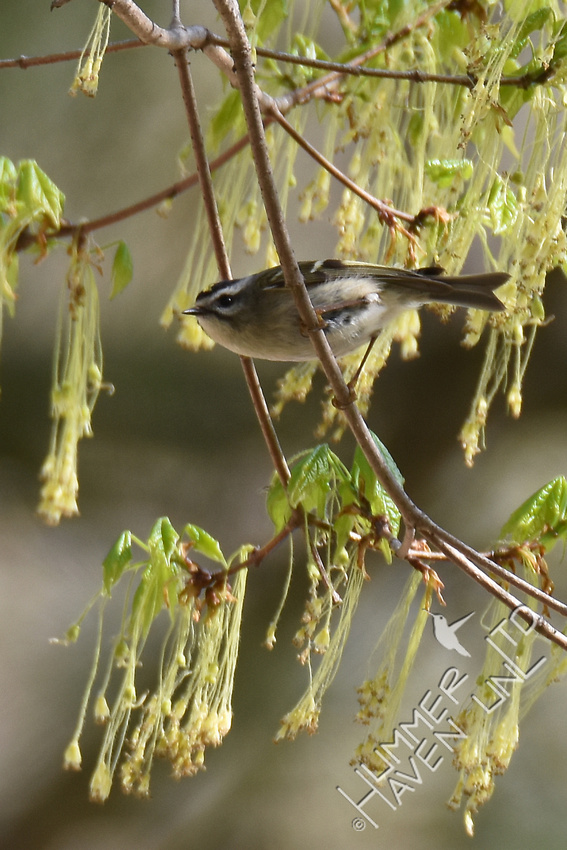 Ruby-crowned Kinglets were next.  It was getting breezy. 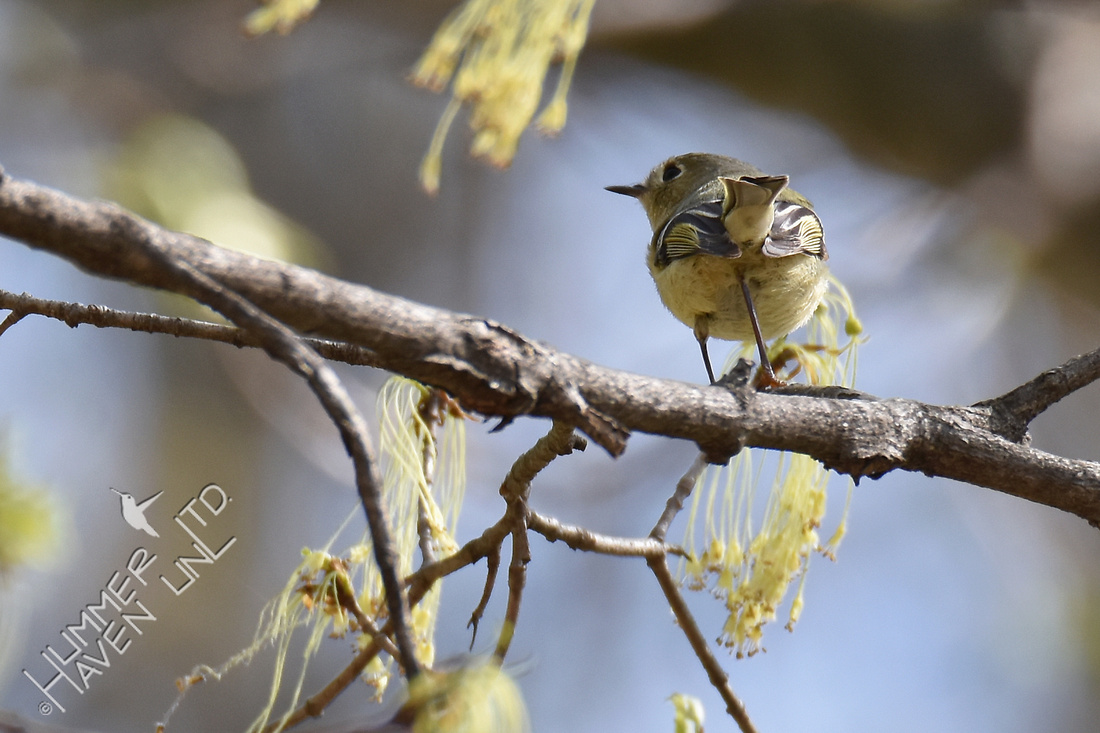 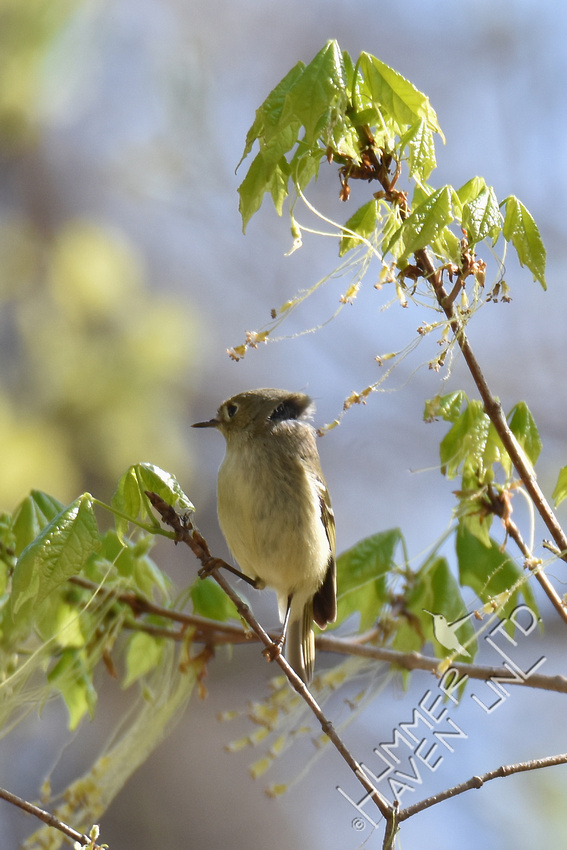 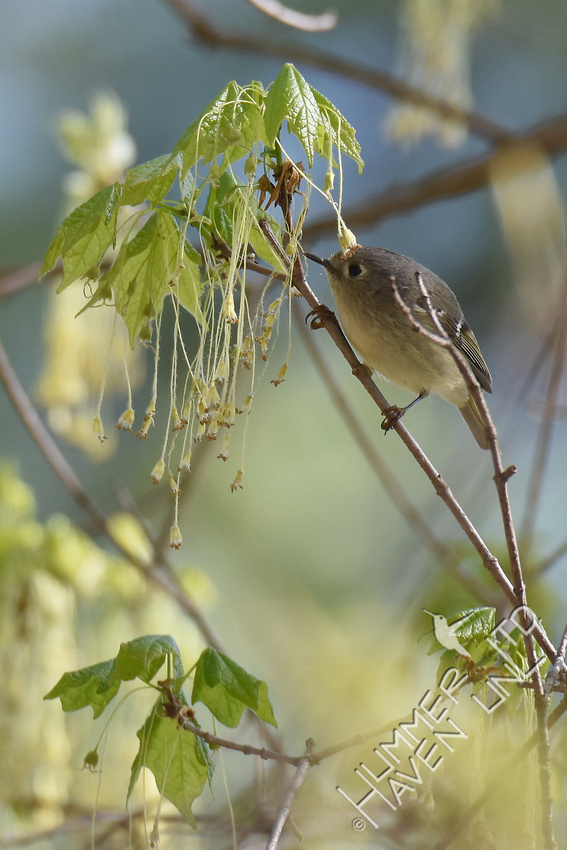 And, of course, the Carolina Chickadees probably have nestlings by now.  It was a feeding frenzy as these birds moved among the branches! 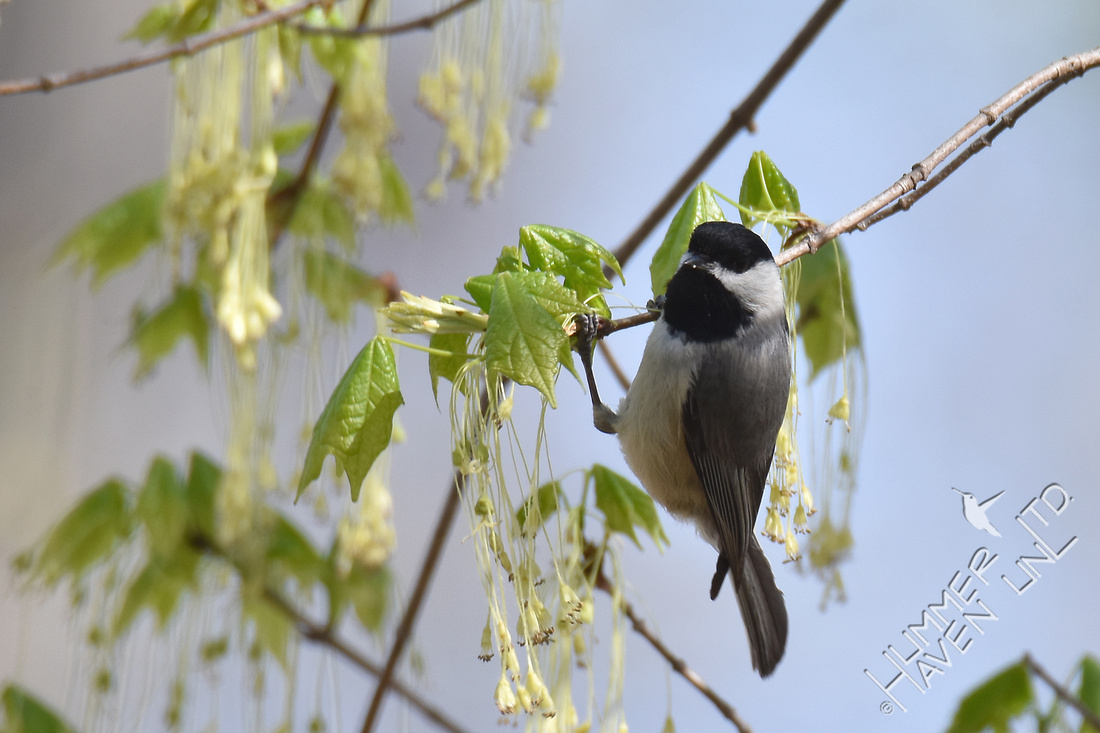 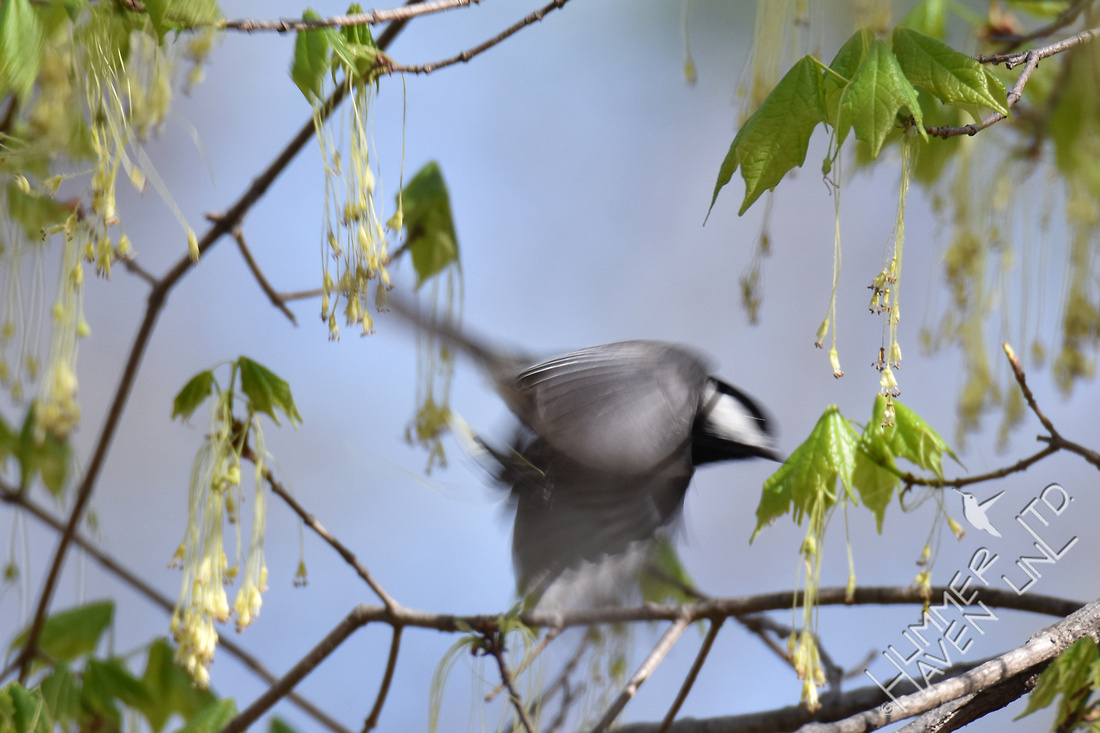 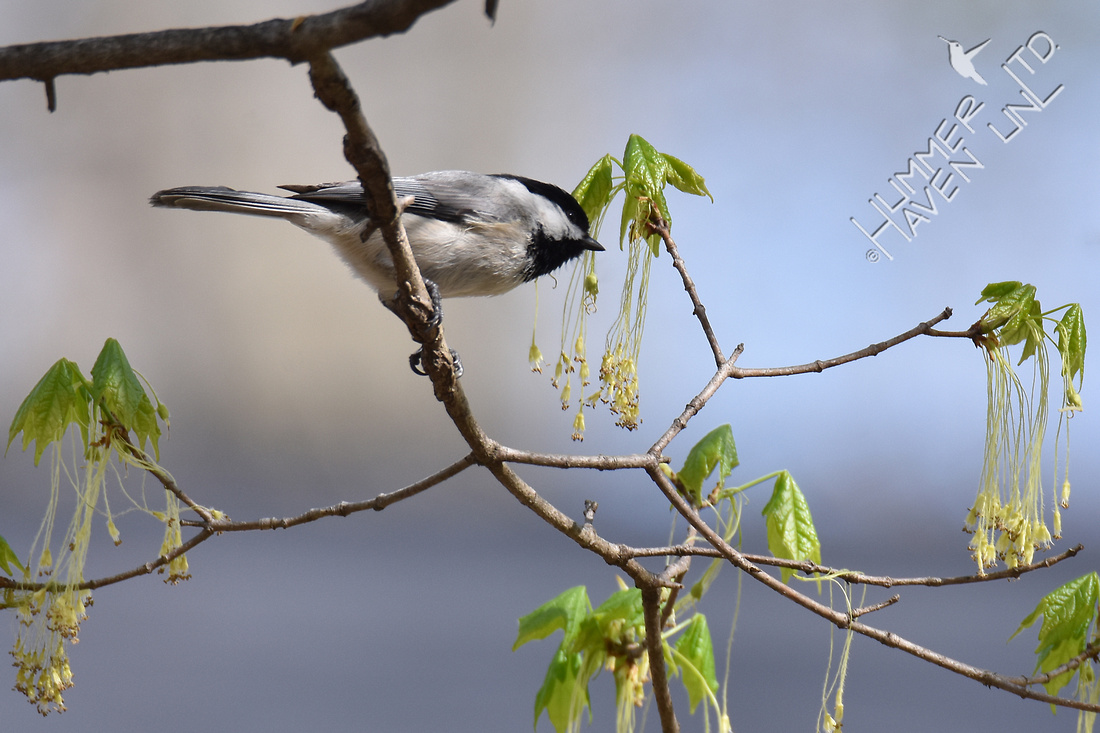