More birds have arrived that will spend their winter days here. White-throated Sparrows have come in, like this 'white form' with white stripes on its crown. The composite photo shows the tan form as well. 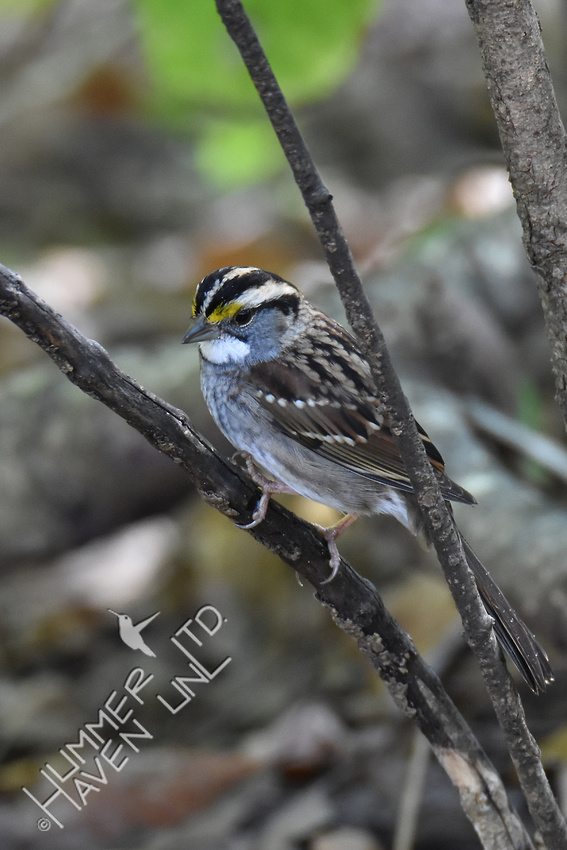 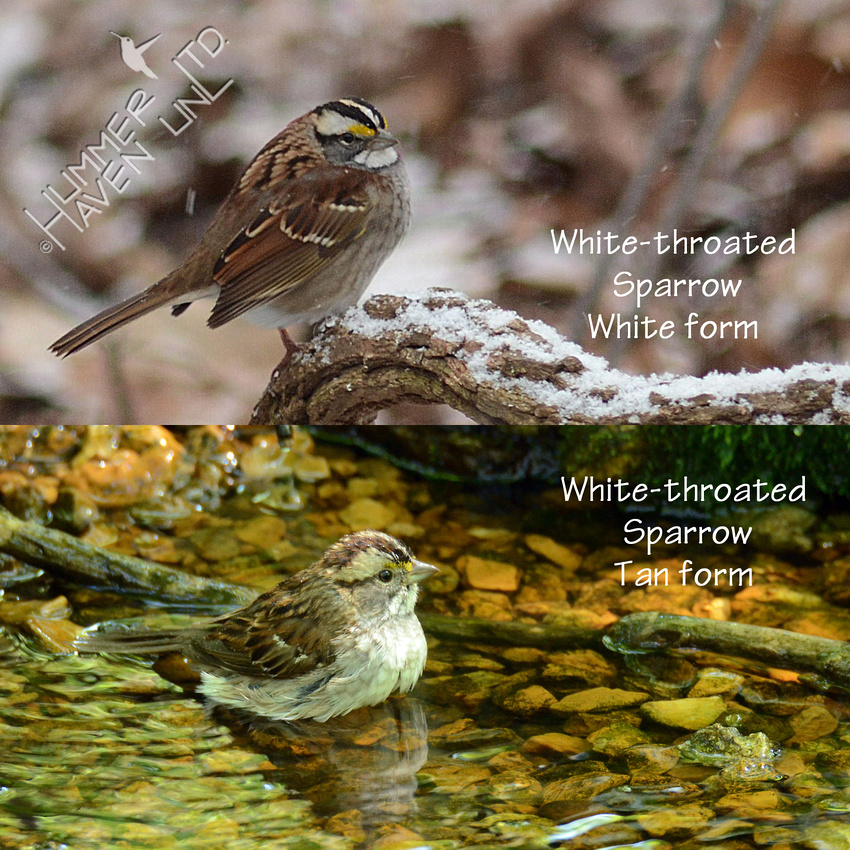 The Golden-crowned Kinglets are still flitting about, visiting the Bubbler some days. 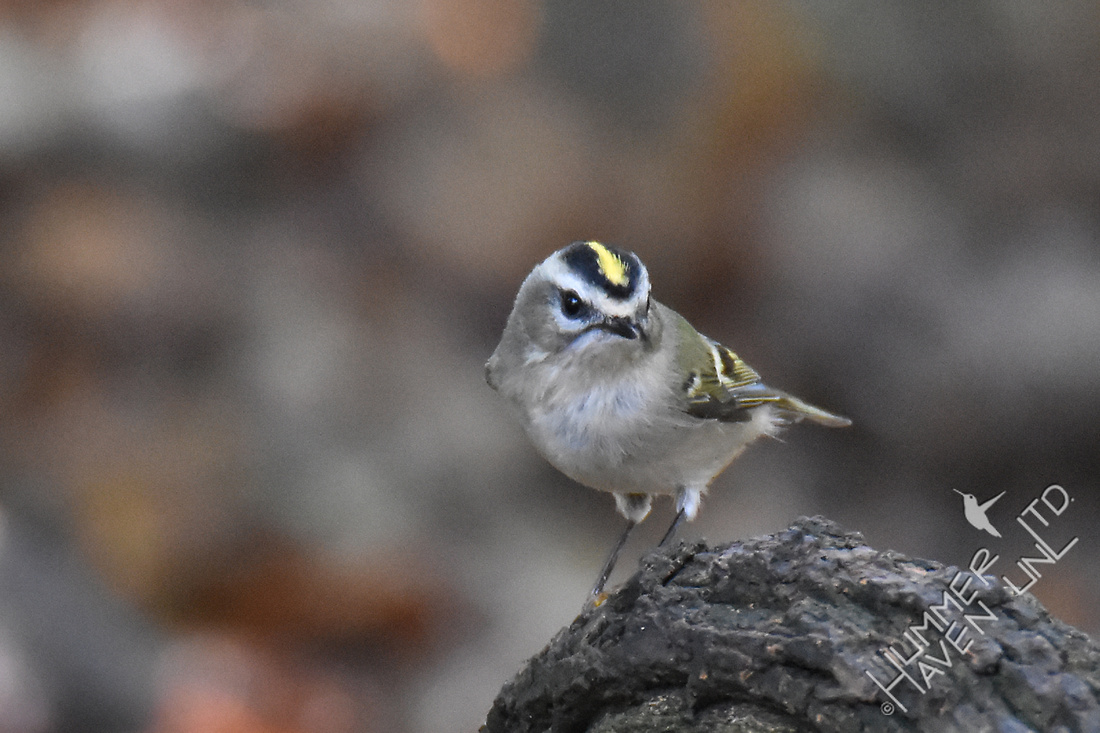 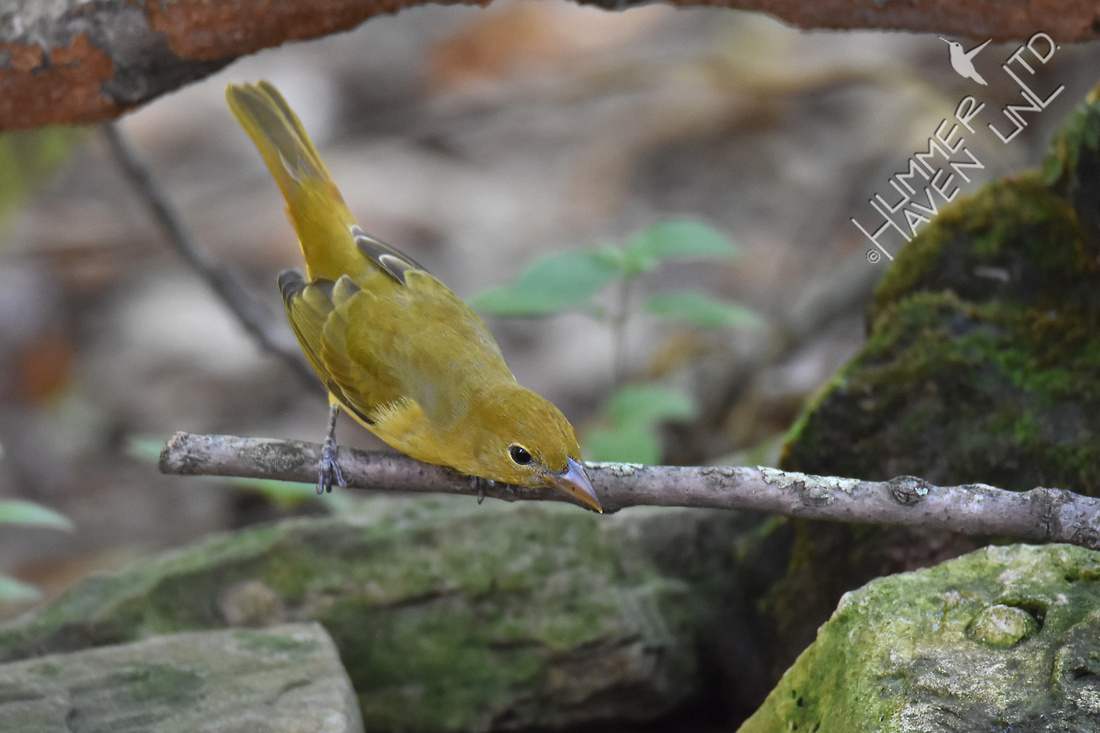 This Brown Creeper is in an unusual position clinging to the moss-covered rock behind the Bubbler.  One can really see its russet tail, when usually its colors blend into the bark of a tree. 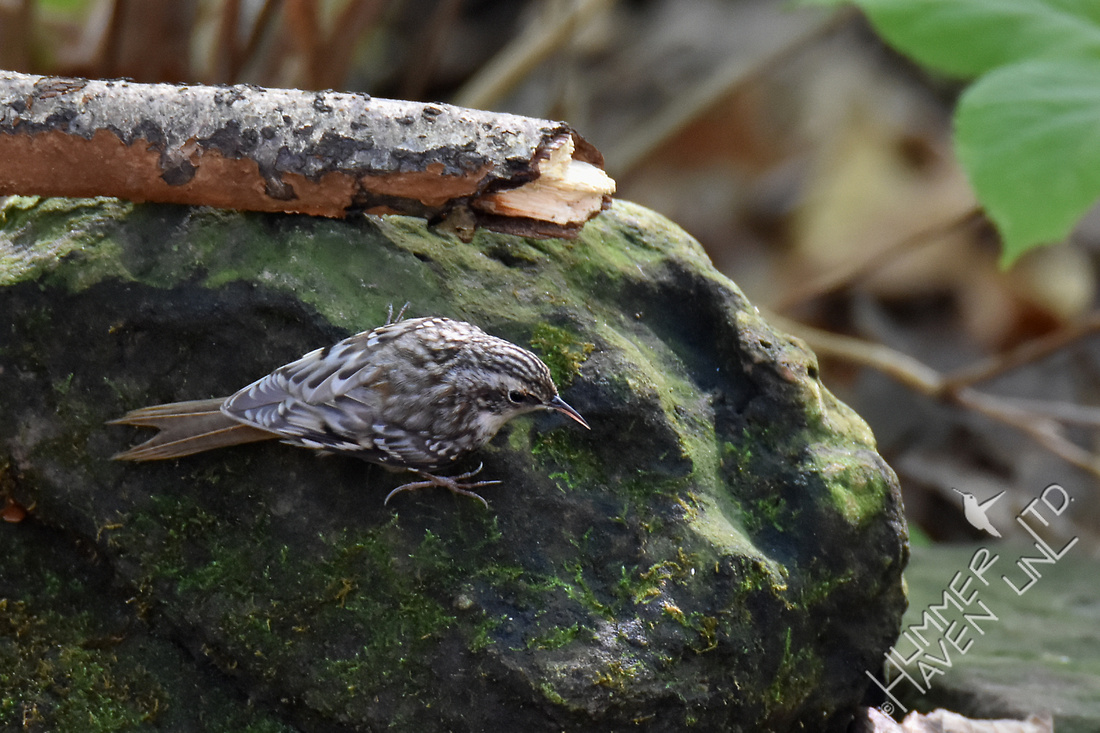 The first Hermit Thrush of fall has been seen several days and was at the Bubbler on 10/20/17. This bird also has a rusty tail that it raises, then slowly lowers. 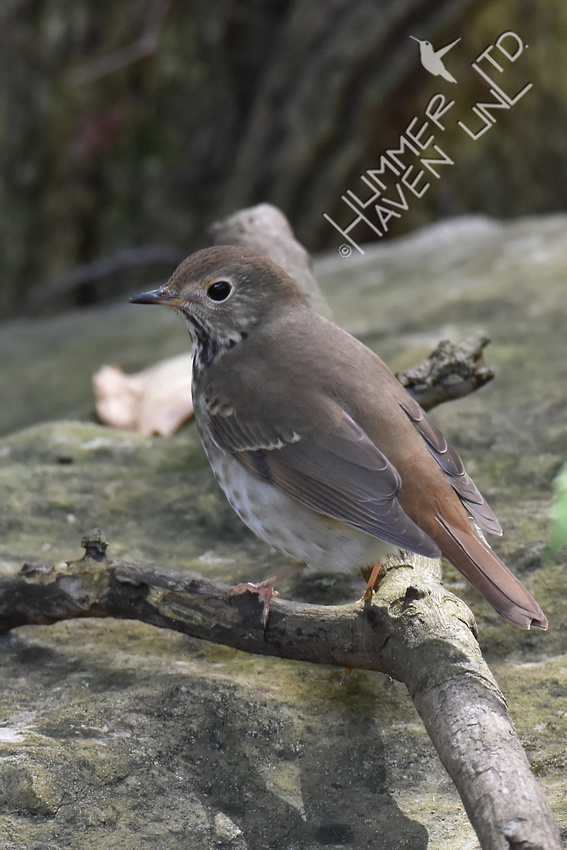 An Eastern Towhee was seen near the pond, foraging under a 'Blue Muffin' Viburnum on 10/29/17.  Now that's a bird that blends in with the leaves. 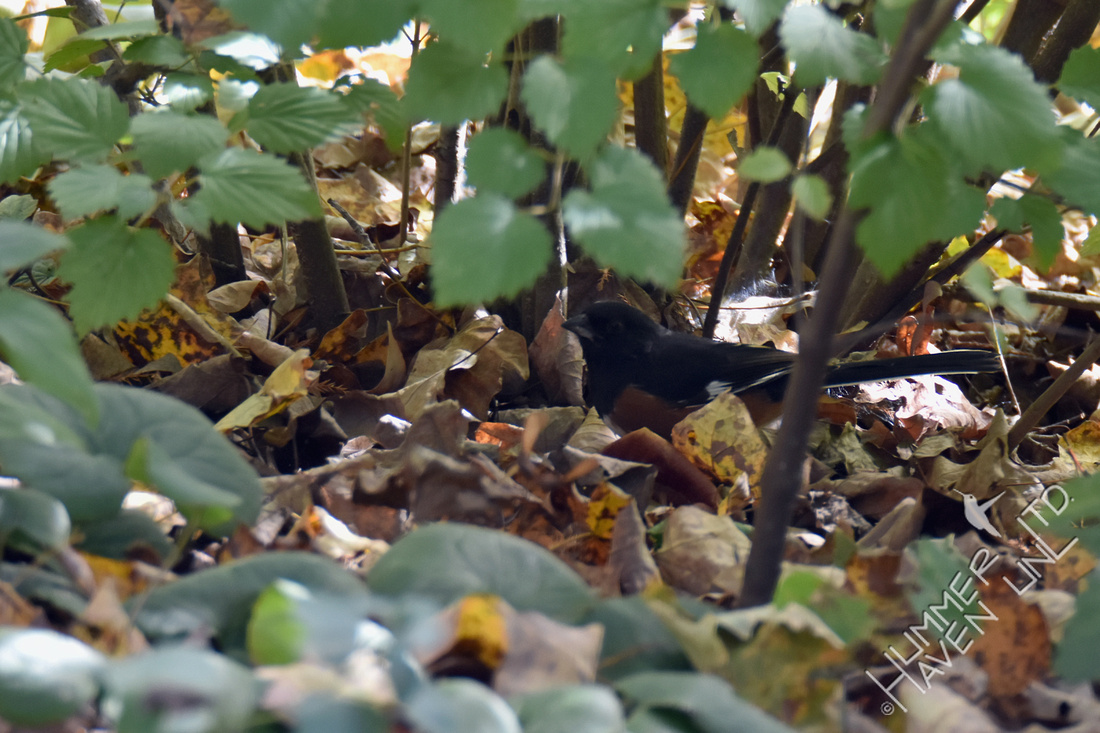 A juvenile Yellow-bellied Sapsucker was here with another male. This bird is the 'scruffiest' one I've seen here, without any signs yet of a yellow belly or red feathers on its head. It may stay in this plumage into March. I confirmed its identification with an expert because it did have me scratching my head and wondering if it was a vagrant sapsucker. The next photo is of a young male that I took exactly a year ago. There is always more to learn about birds! 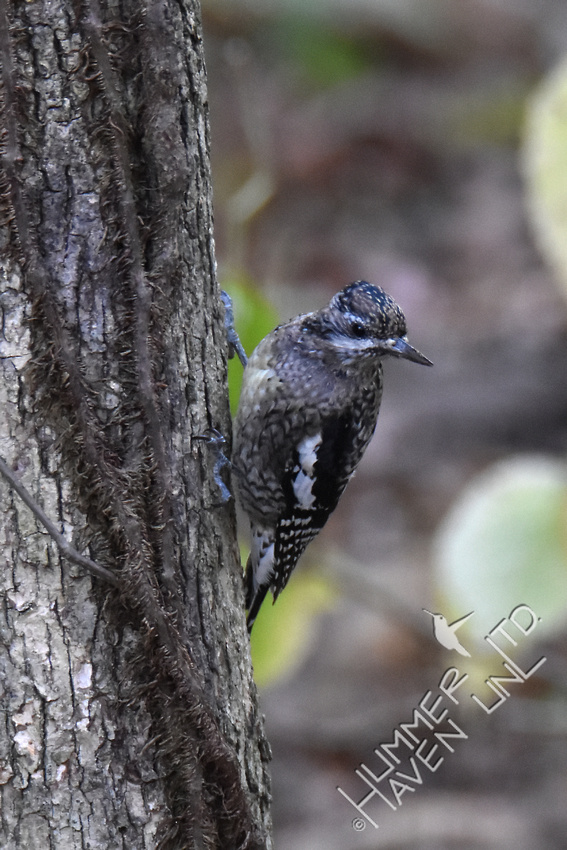 It was very breezy yesterday and the wind was keeping the birds down. I went into the front room to sit by the window for a bit, thinking that we really do have a lot of hiding places here for birds. Anything could be tucked into the garden! Just then, a Winter Wren popped out of the Coral Trumpet Honeysuckle on the arbor, did its bouncy little dance and then dashed back into cover. I smiled to myself, cheered by the antics of the tiny brown speckled bird. I got the camera and it took about 20 minutes to find it again working over, under, around and through the leaves like a little mouse. See what I mean? It is #105 for the year. 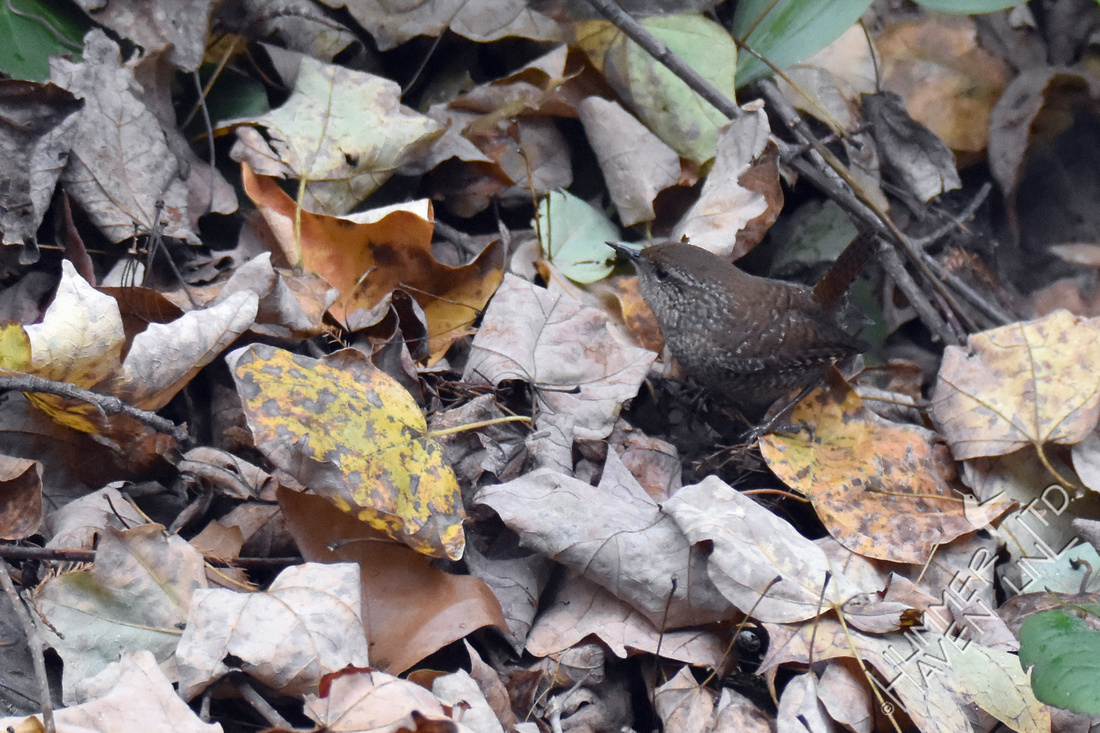 The Yellow-rumped Warblers will be here into April before moving north to their breeding grounds. We may see an Orange-crowned Warbler again, but most of the warblers have gone south for their winter. 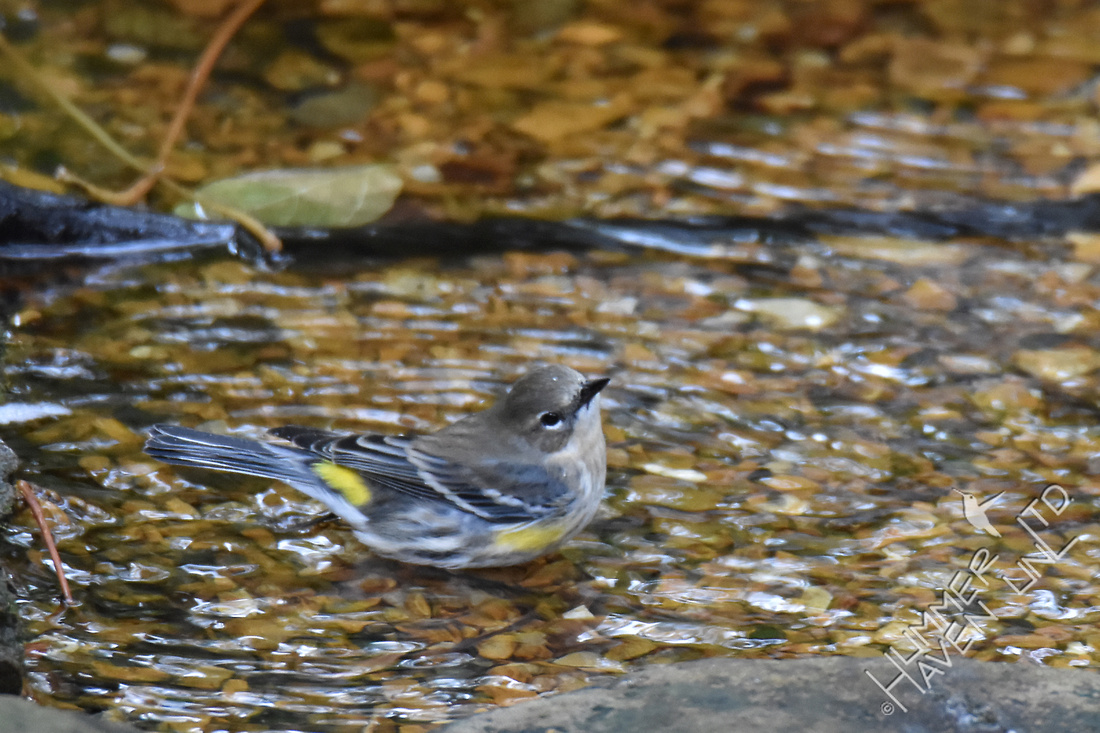 Now for some Trick-or-Treaters!  I have suspected for some time that we had a coyote around because of some still images taken with the Trail Cam. Now, we both feel certain. This video was taken on 10/18/17 at 3:25 am.

The White-tailed deer are becoming much more active with bucks strutting through in the night and even in broad daylight. We have at least 5 different bucks.

PS.  To view all the short video clips, start here in the Wildlife Gallery:  Video clips