September has flown and October has brought in many migrants! 10-3-17

It has been very busy! So I'll hit the highlights.

Tuesday, 9/26 was slow going until a female Golden-winged Warbler came to bathe about 11 a.m.  Taking photos has become more challenging with the sun sinking lower in the sky. It was nearly 6 p.m. and I saw a Gray Catbird checking the basin from a high perch.  It flew over to the garden and another catbird popped in to get a closer look. It exited the scene as the first bird came back, or maybe it was a third one. This is a handsome bird, velvety looking, and often heard before seen. One, possibly two Blue-winged Warblers were at the 'bubble' on the large rock on 9/28. My friends gave me a heads up on this one. Wally George told me that the latest date for fall on record was 9/15 and I should report it. Connie Alwood recommended I submit these photos to eBird, which I did. This adds to the scientific data overall. The first bird seen was at 12:47 and the second at 2:44 pm. It may be the same bird, but  the wing bars looked slightly different to me. 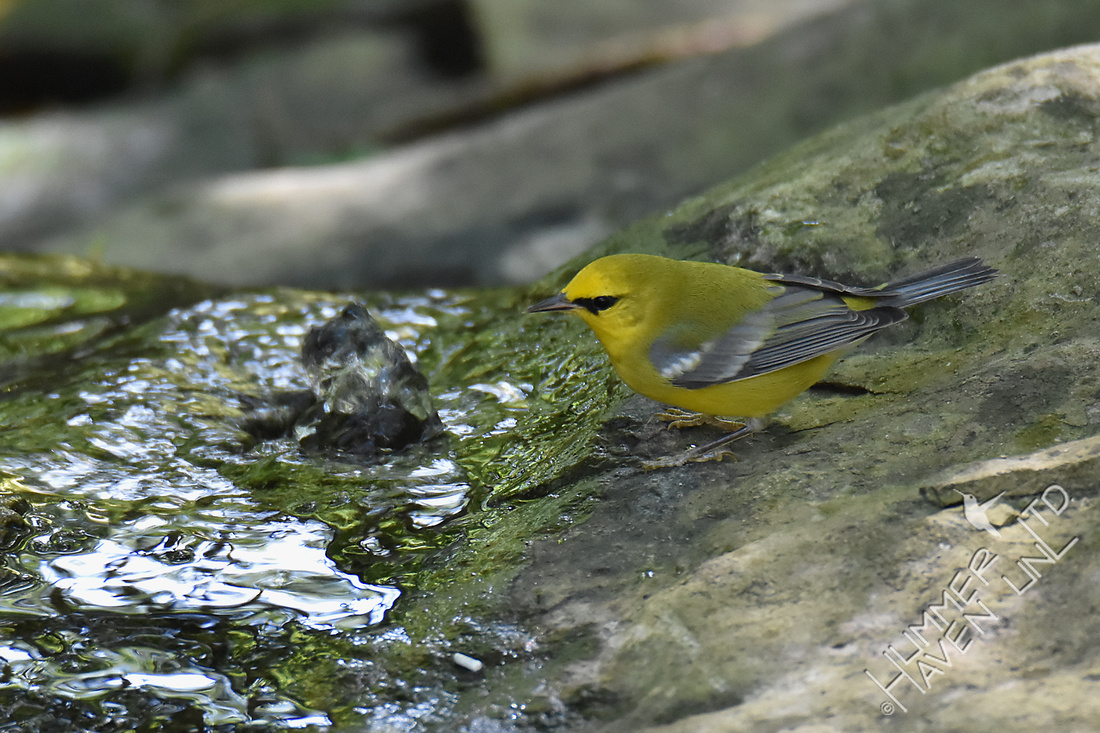 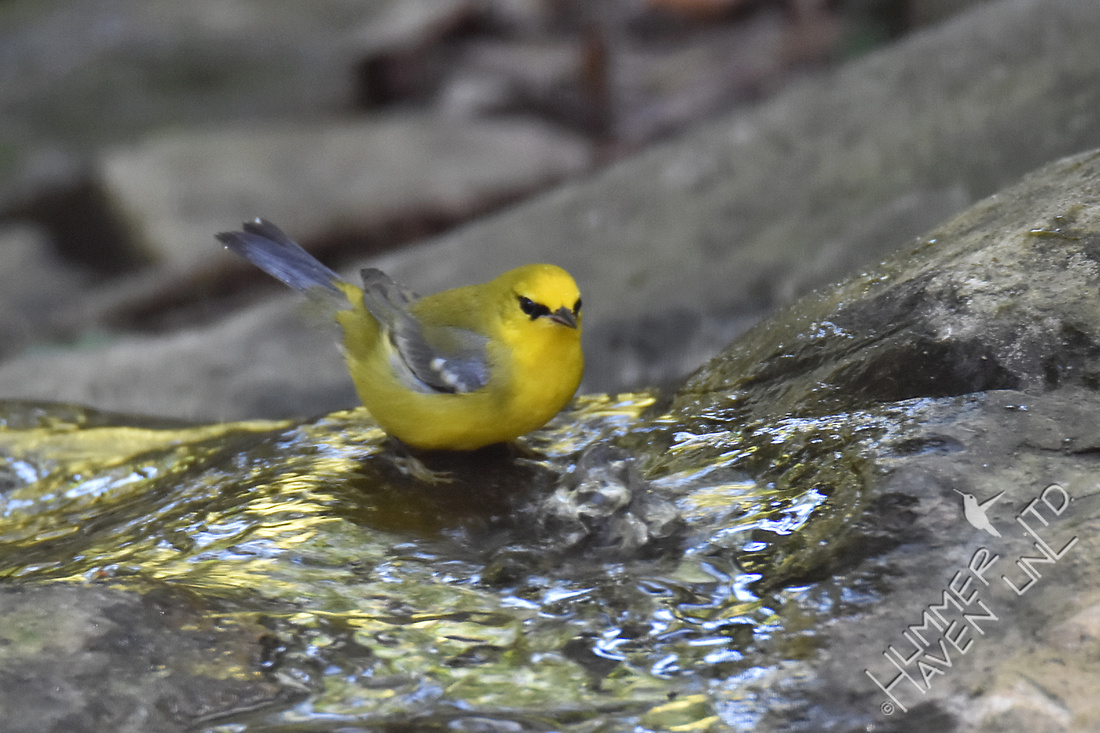 The first Red-breasted Nuthatch for the year came in on Friday, 9/29 just after noon and stayed about 15 minutes. This is an irruptive year for them, and perhaps we'll all see more. 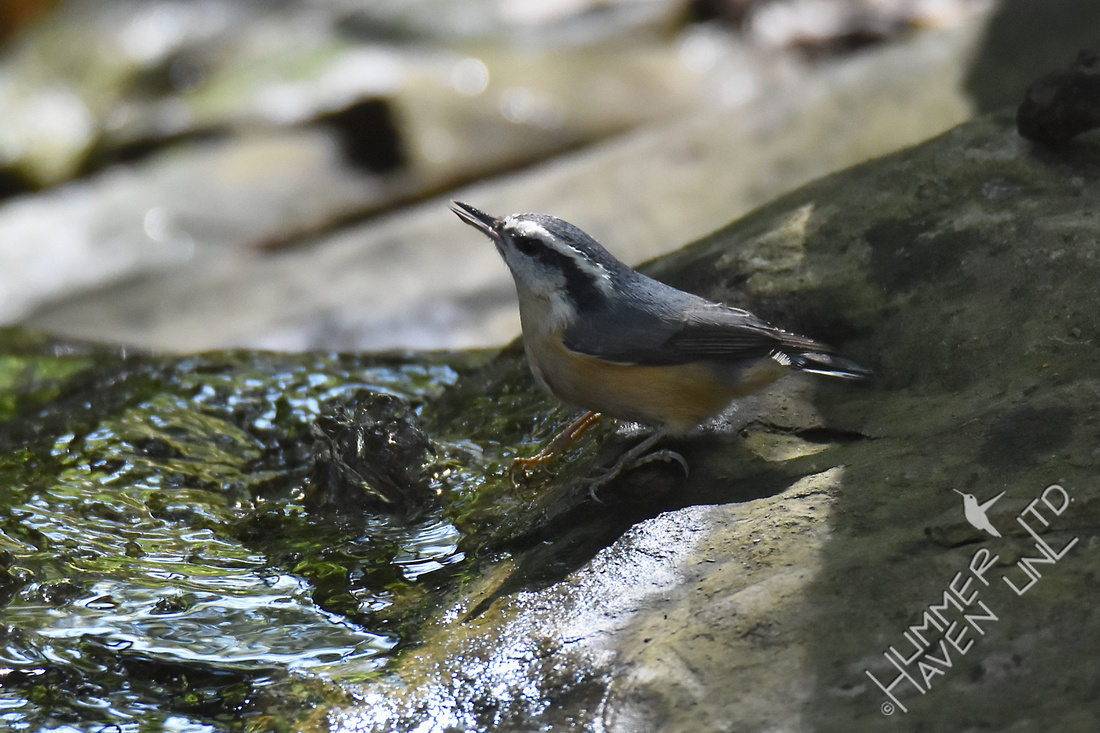 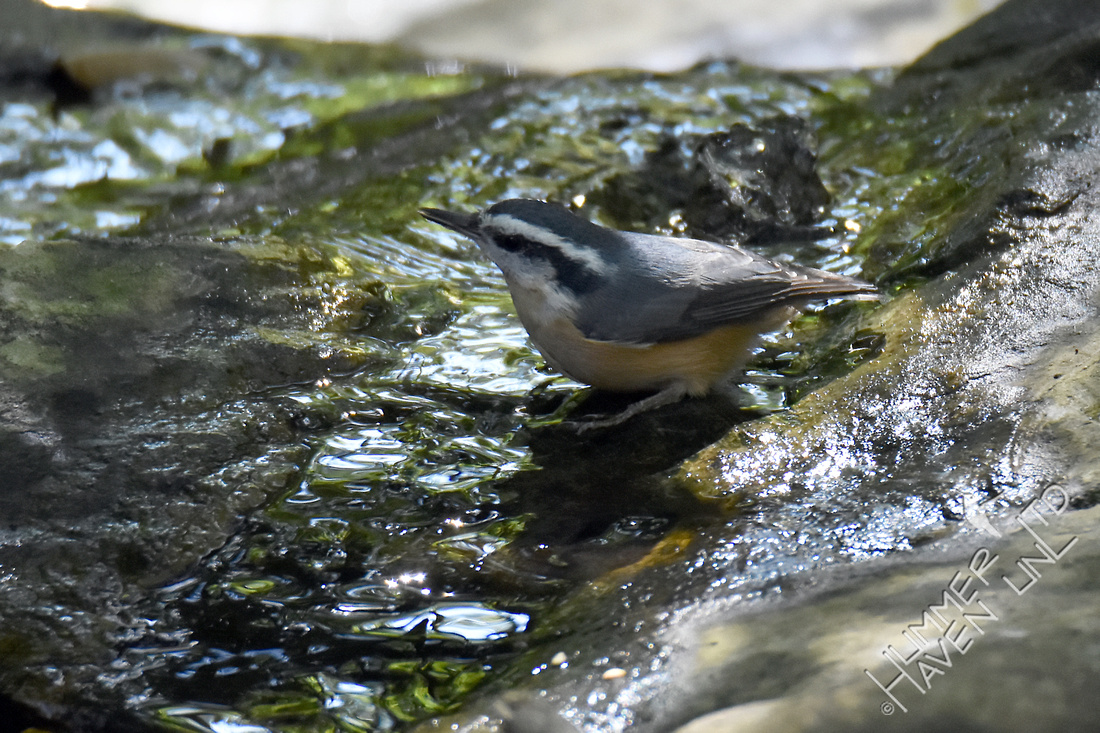 Birds have been busy feeding and I was fortunate to capture this Tennessee Warbler with a meal of some kind of Lepidoptera. Robins and Cardinals have been eating the fruit of the American Beautyberry (Callicarpa americana) in the garden. 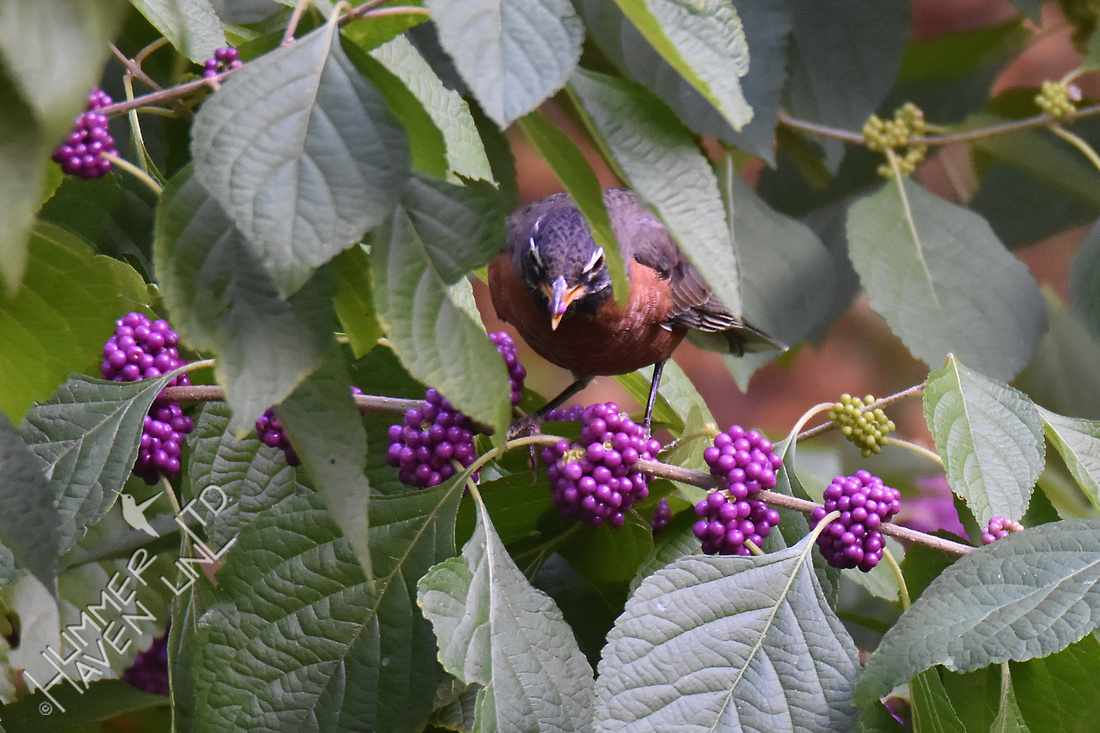 We all need rain in the area, it has been very dry.  That's the bad news.  The good news is that birds are drawn to the water that is available.  The Bubbler has been very busy the last few days!  Here are some examples, but be sure to check the gallery.  I've added nearly 100 photos just from the first two days of October! I'll add the link at the end of the post.

A Northern Parula and a Black-throated Green Warbler were on the big rock together, splashing in the 'bubble' on 10/1. A Ruby-crowned Kinglet checked out the area that day. They first arrived on Friday 9/29 as well. 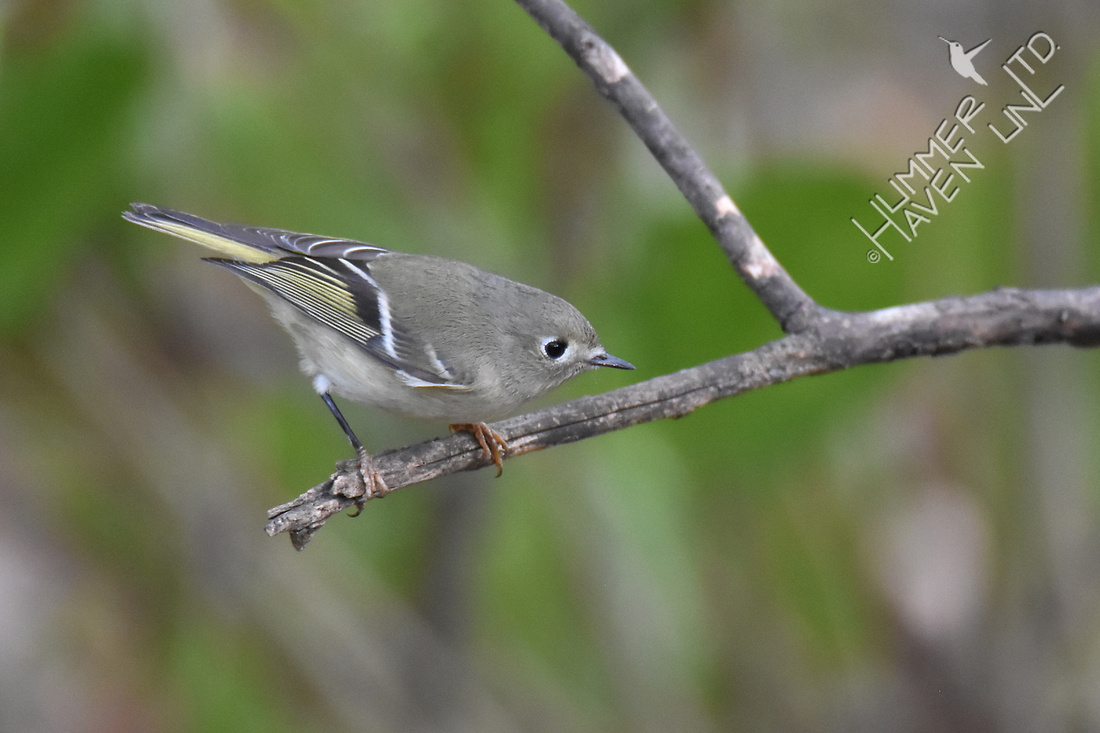 A Red-eyed Vireo was also eyeing the bathing options. Typically, the vireos splash bathe. For the first time that I've ever seen, it hopped down to the rock and got in to bathe. 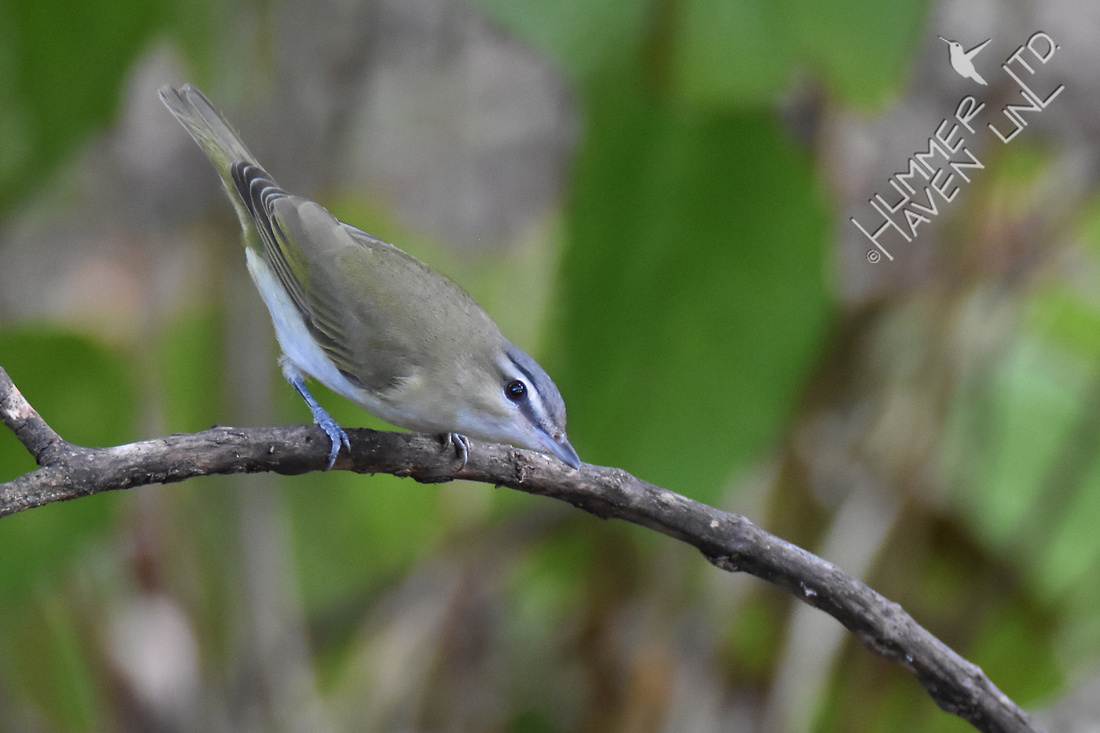 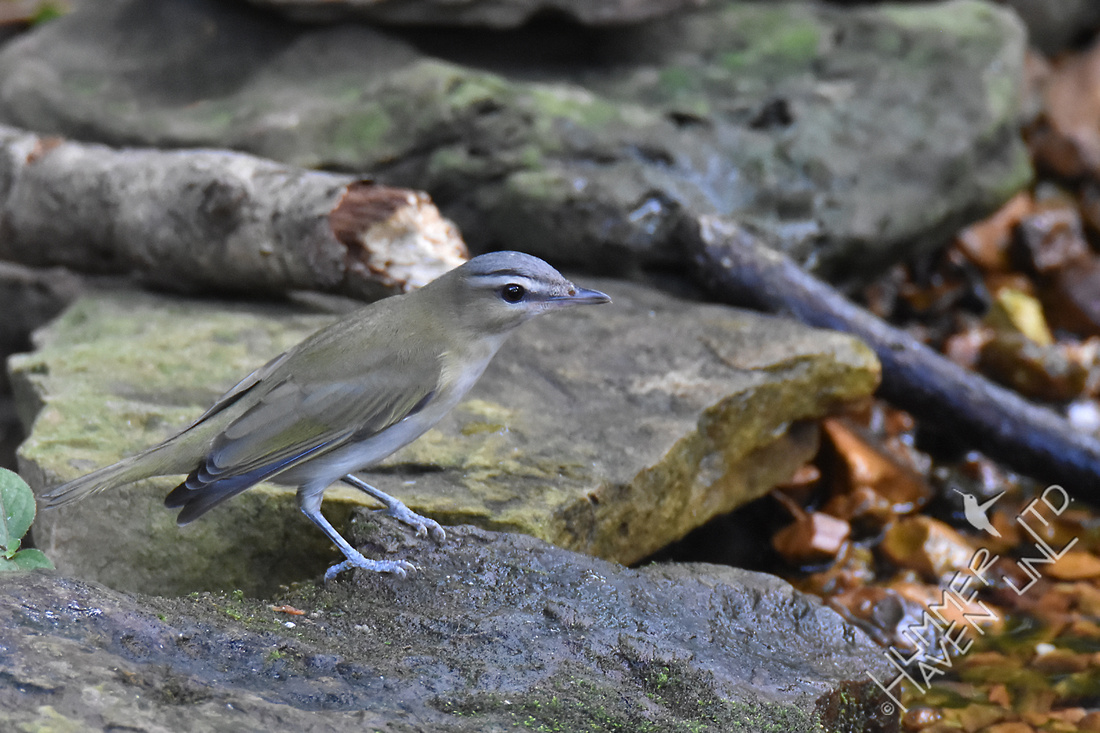 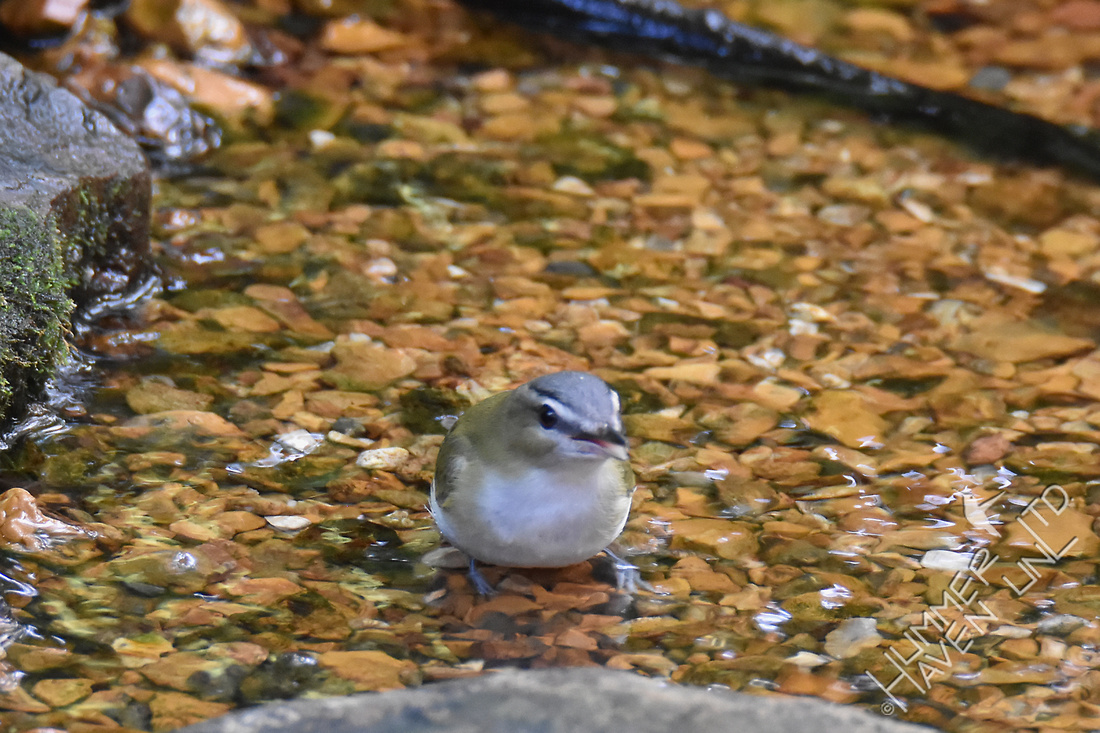 A Blue-headed Vireo looked and then returned the next day to do some belly flops! 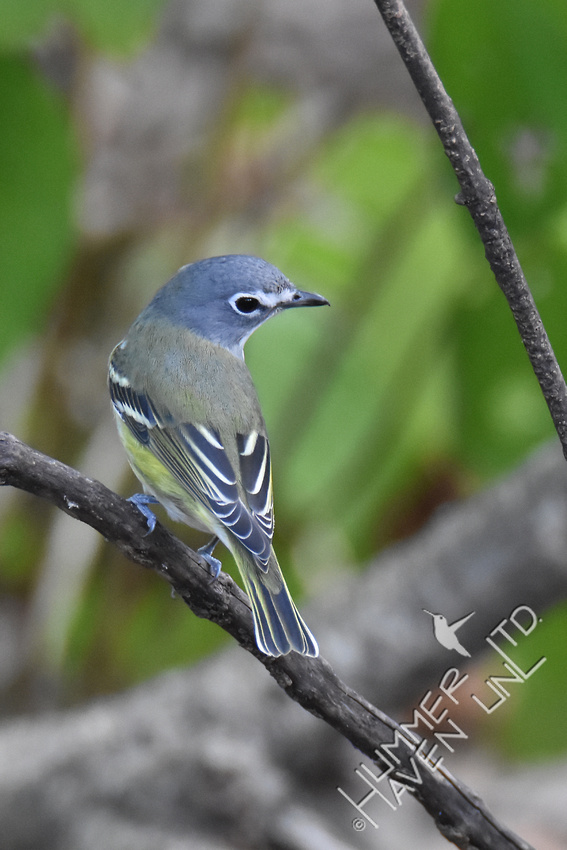 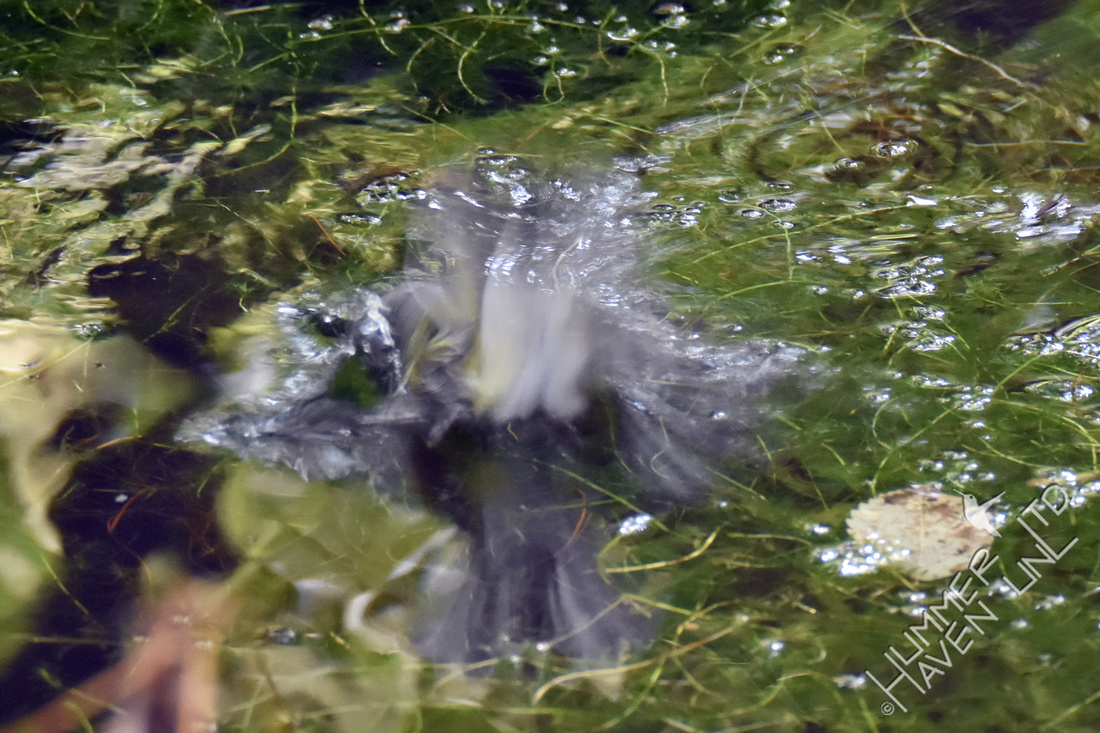 Cover, food and water - that's what we all offer to these beautiful birds when we provide a habitat garden for their benefit.  A female Northern Parula found a meal before a bath. And, there have been more Black-throated Green Warblers in the last two days than I saw in the spring. 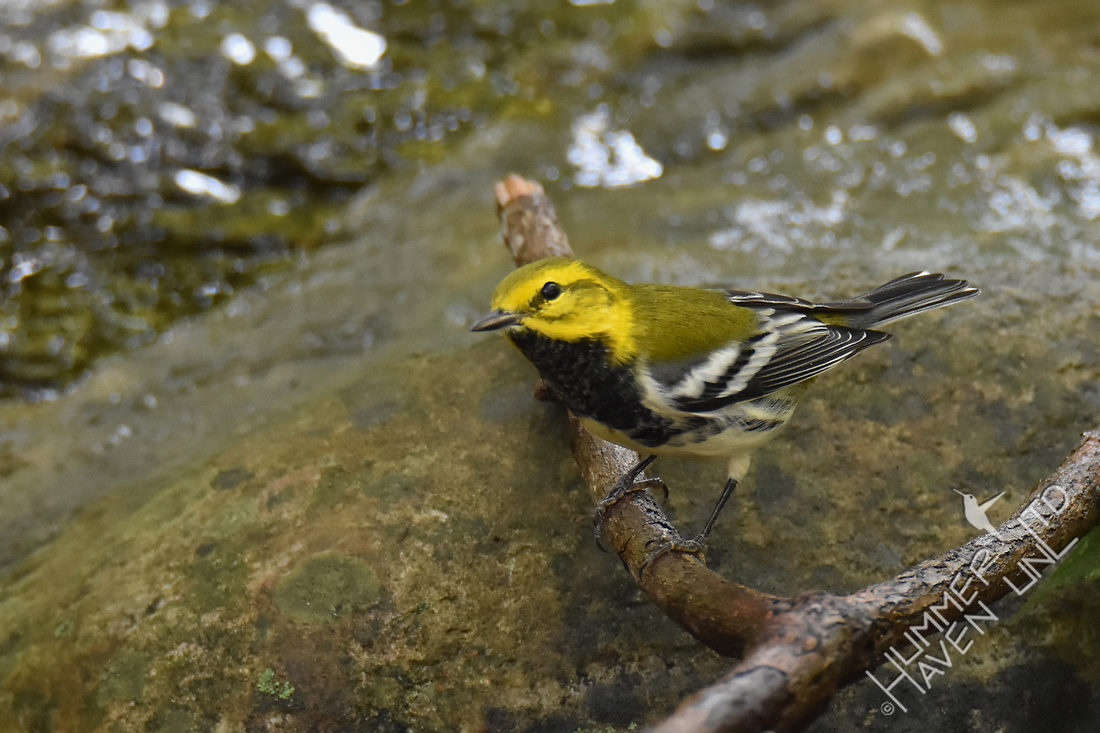 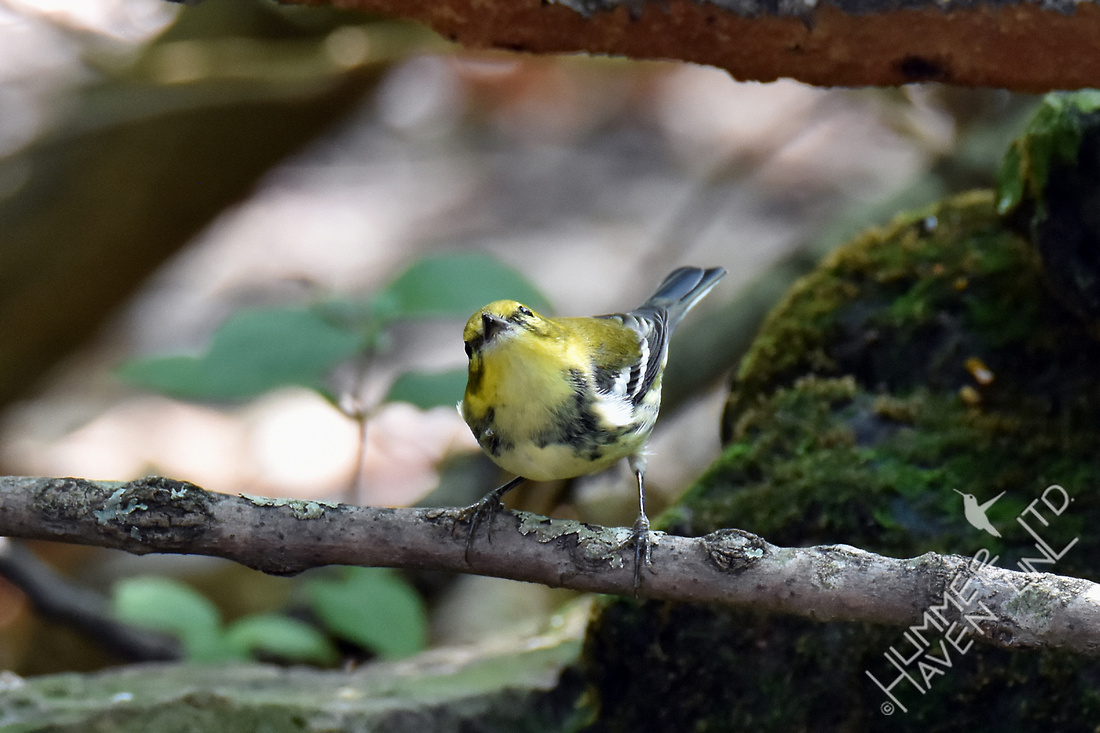 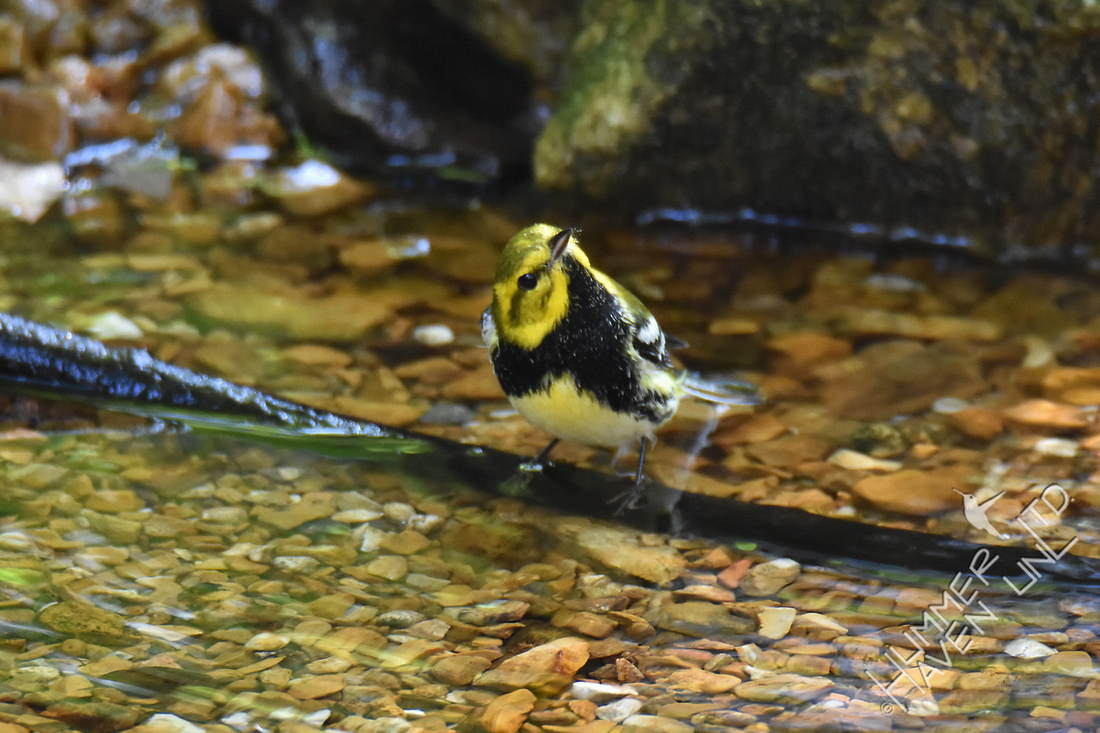 Here is the link for all the photos added since the last post. Enjoy!