The pair of Barred Owls were in the woodland again early this morning.  They were hunting and not being bothered too much by other birds.  I left the room to take care of something when Dan called out that one of the owls was in the Bubbler Basin, drinking.  We had never seen that before.  I didn't want to interrupt the bird by moving too close to the window with the camera, and knew I could check the Bubbler cam later.  The owl then flew up to a small tree where its mate was waiting.  I was able to step outside without disturbing them and get a few photos.  But first, here's the video.

Both birds were in the bubbler, together!?  What fun to see this!  And perching on that small branch in the basin where soon there may be warblers again.  The birds spent time together preening each other.  They certainly seem to be a devoted pair. 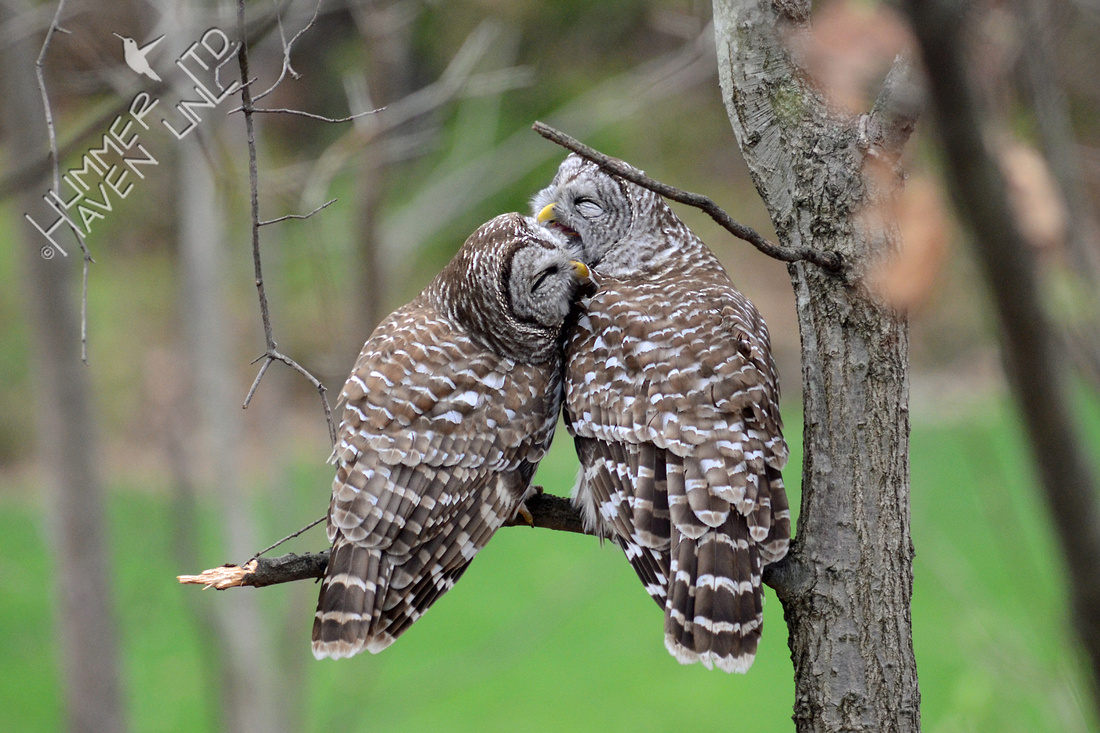 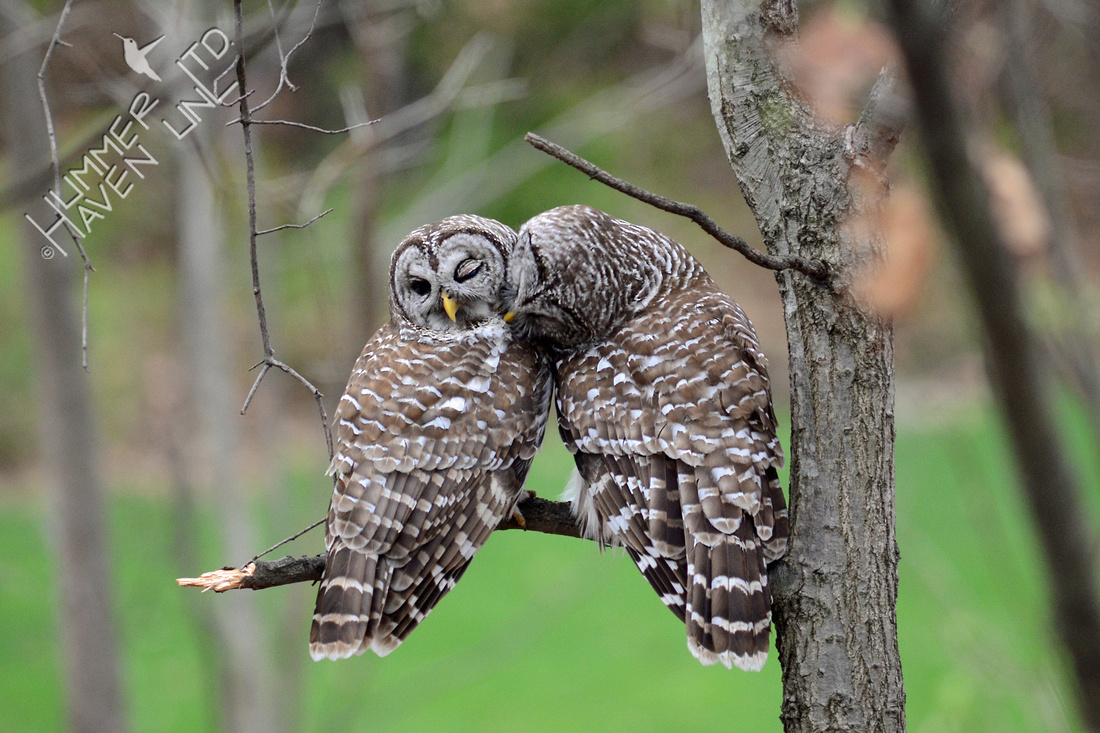 Bill Brinkhorst(non-registered)
Great pictures! I have "Owl envy".
Charlotte Norton(non-registered)
Wow! What an exciting event and what sensational shots Margy! Just awesome!
Jo Alwood(non-registered)
Margy, that's lovely footage and remarkable shots of the owls. Three or four weeks ago, I posted a movie about our Great Horned Owls, and the theme of it was that they are sweet, faithful lovers. Included in the film were shots of the female on the nest. Then we began seeing her out of the nest. It turns out that her owlet had hatched and was old enough to be left alone for awhile. Here's hoping that your Barred Owl female is off the nest for the same reason.
No comments posted.
Loading...
Subscribe
RSS
Recent Posts
Spring! 4-4-21 Spring approaches! 3-10-21 "Rara avis" on 2-21-21 It's February! 2-16-21 1-25-21 Third week of January Mid-January update, 1-17-21 And so it begins, 2021 2020...It's a wrap! Mid-December sightings 12-18-20 Into December! 12-8-20
Keywords
bubbler pond rusty blackbird mink fox Tanager bluebird basin warblers Purple Finch
Archive
January February March April May June July August September October November December
© Hummer Haven UnLtd.
Powered by ZENFOLIO User Agreement
Cancel
Continue