Jewelweed, a native diamond in our garden!

I've had a fascination with Jewelweed (Impatiens capensis) for years. I remember visiting Missouri Wildflowers Nursery with my friend, Sue, probably eight or ten years ago. I was hoping to buy some, but Merv Wallace, the owner, looked at me like I was a bit tetched. "There's some up there by the shed if you want to try to get some seed. But, it's also called 'spotted touch me not' because the capsule pops and seeds fly everywhere." So, we took a ziploc bag and managed to get some. It has reseeded every year in the shady, swampy thicket. (The sap is also said to be a natural remedy to the discomfort of poison ivy, which often grows near it.)

This year, Jewelweed decided it wanted to grow in the garden. We've had the moisture, I just wasn't sure how it would do in more sun. Well, several small patches are flowering very well and the young hummingbirds love it! 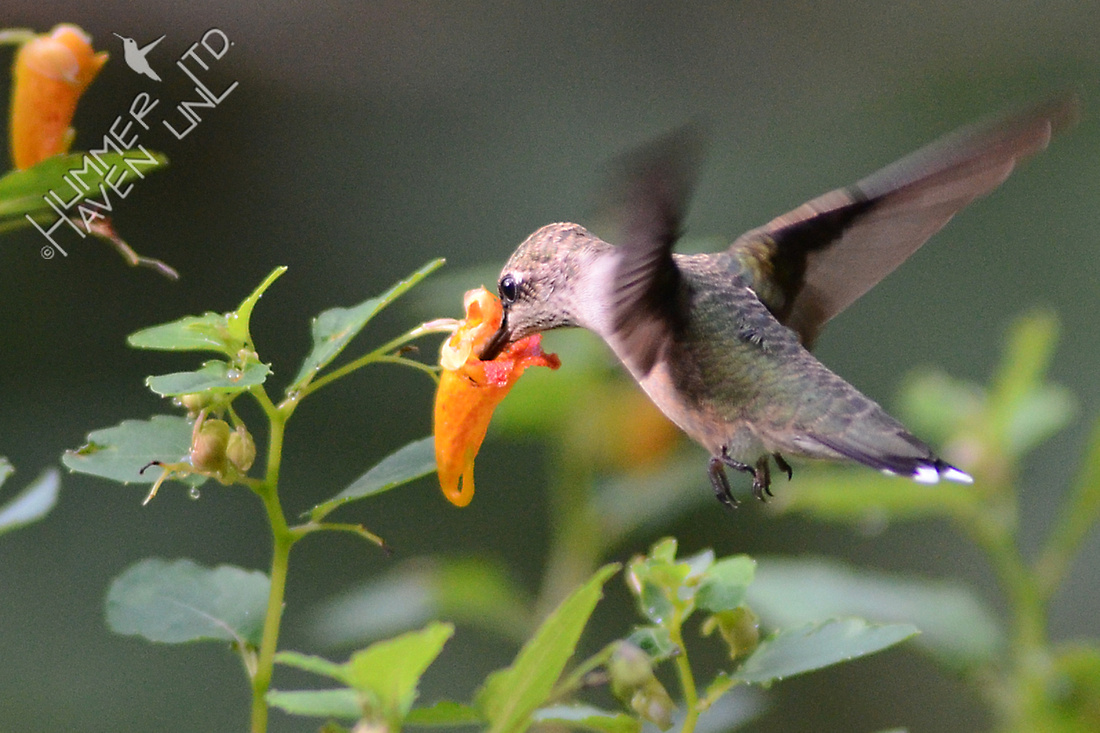 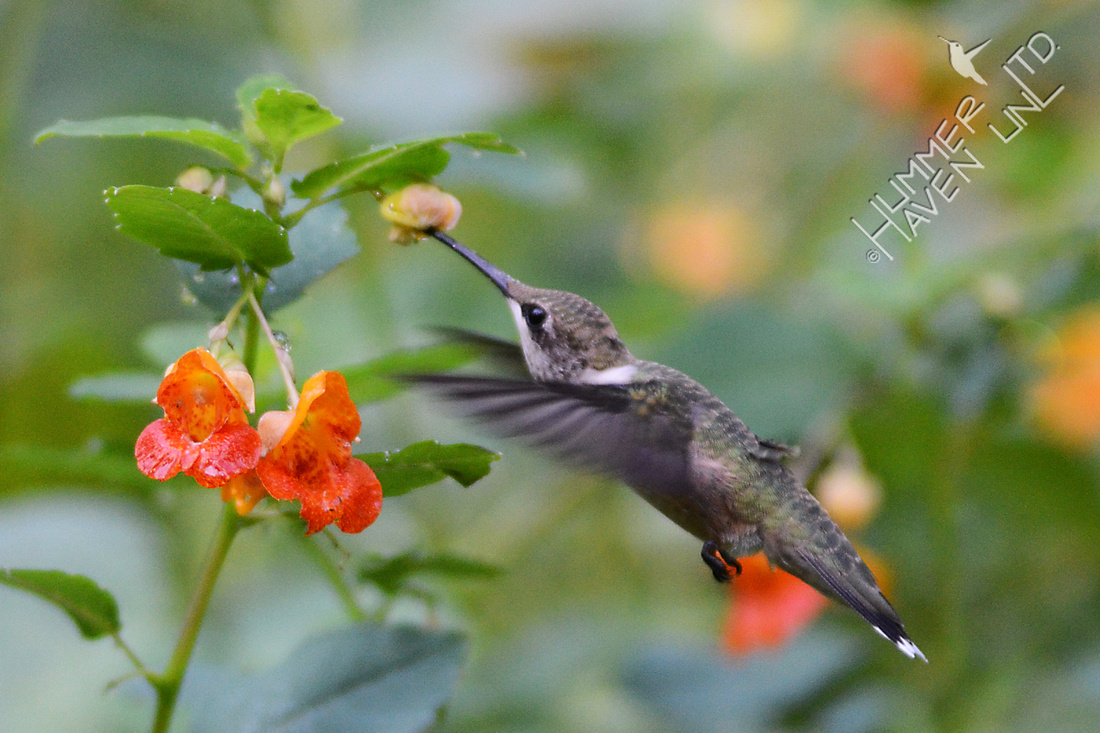 They have been cavorting in and around these patches for days now. They can slip in low and the dominant males don't see them. Sometimes, they even perch on a stem to get nectar, conserving a bit of nervous energy. 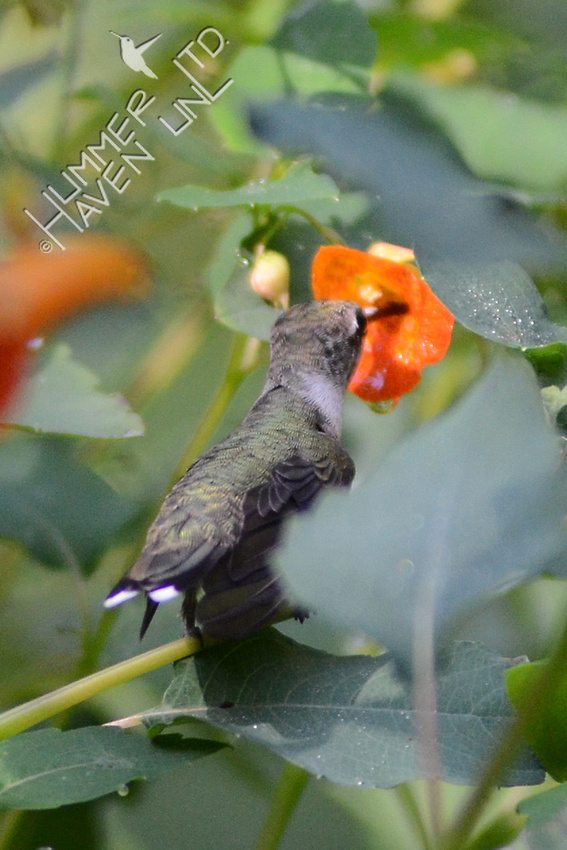 This one sees a small flying insect, (just to the right of my logo) but decides the snack is just out of reach. 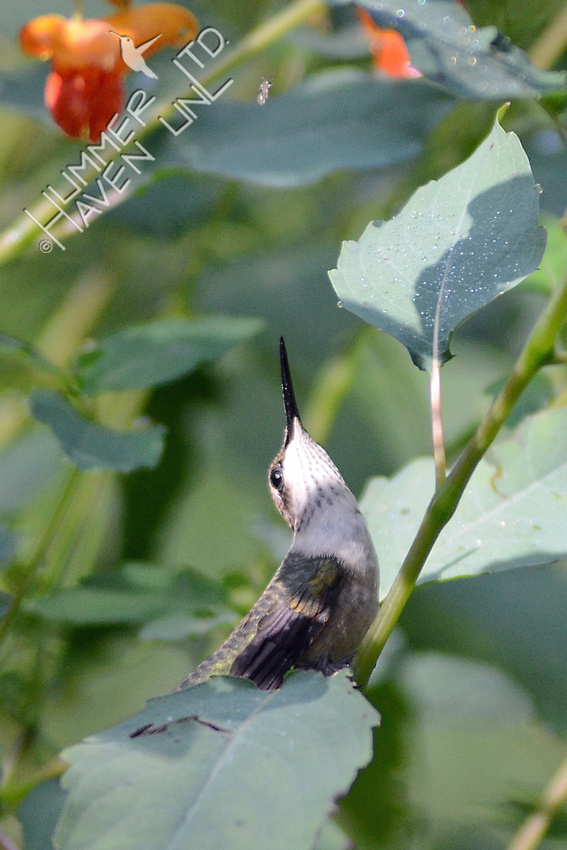 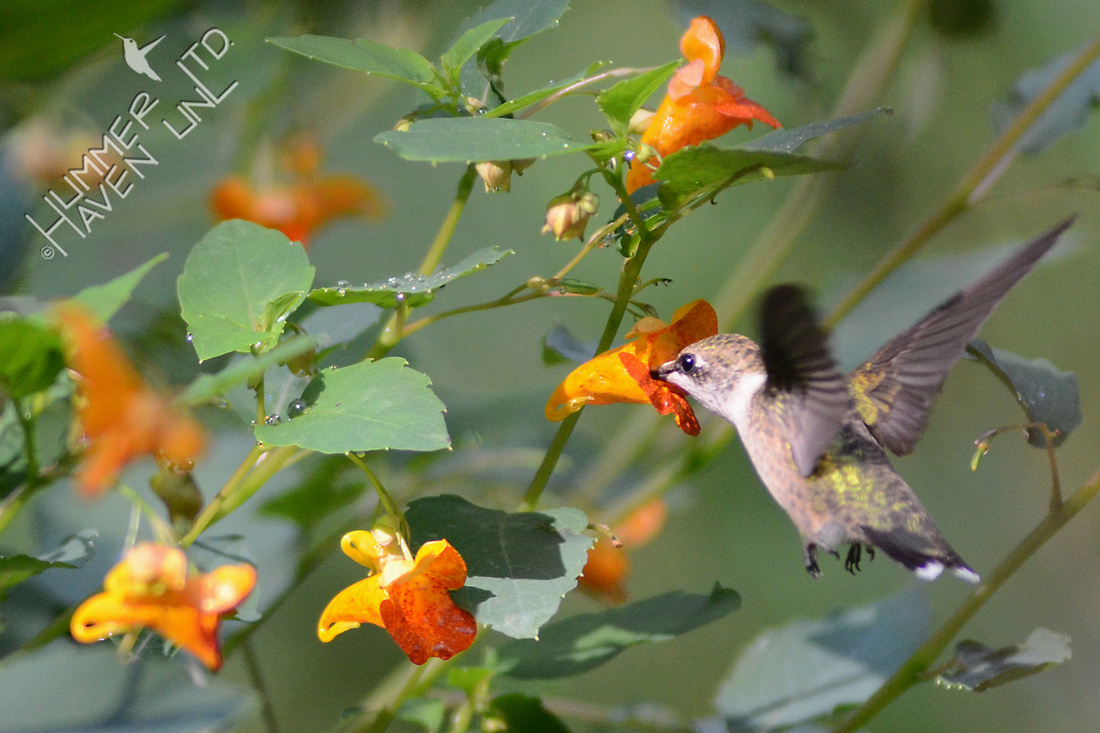 Ah, Jewelweed brings such joy to my garden! It has been said that Jewelweed more than likely got its name from its leaves, not its flowers. During the night, the plant will expel excess water through a process called guttation. These beads of water form on the edge of the leaves and sparkle in the morning sun. It begins blooming as the hummingbirds are starting their migration to their winter homes in Central America. 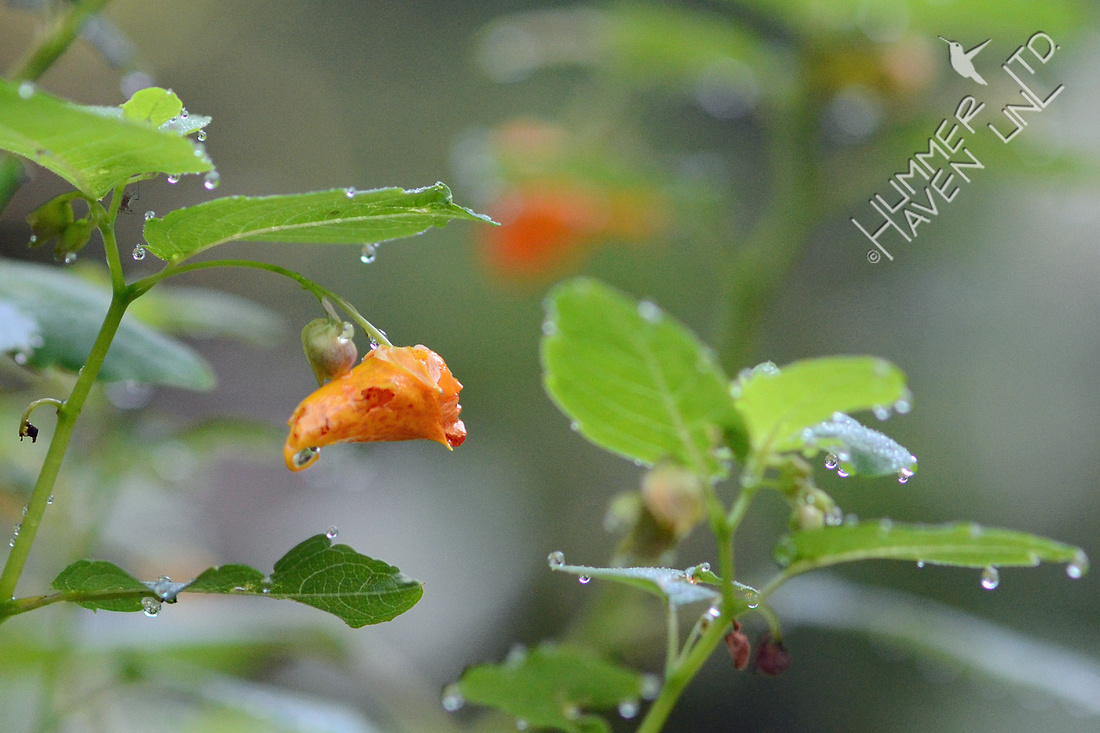 And, who can dispute the beauty of the ruby-throats that are attracted to its nectar? 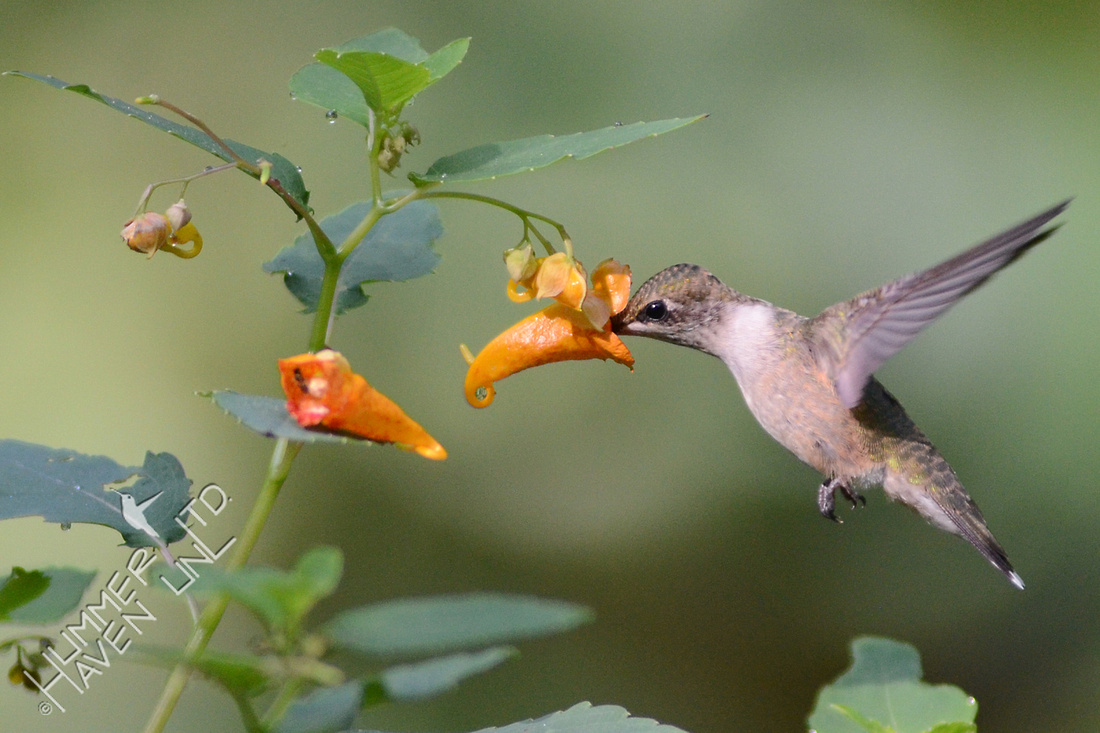 Jo Alwood(non-registered)
Lovely shots, Margy. You get bonus points for getting out to take them in this heat. We have jewel weed everywhere at the edge of the woods, but until it cools down a tad, I'm just setting the camera on the hummingbird feeder and opting for the Lazy Lady's way of getting footage. All your shots are crisp, but I especially like the one where the female looks skyward.
No comments posted.
Loading...
Subscribe
RSS
Recent Posts
Spring! 4-4-21 Spring approaches! 3-10-21 "Rara avis" on 2-21-21 It's February! 2-16-21 1-25-21 Third week of January Mid-January update, 1-17-21 And so it begins, 2021 2020...It's a wrap! Mid-December sightings 12-18-20 Into December! 12-8-20
Keywords
bubbler pond rusty blackbird mink fox Tanager bluebird basin warblers Purple Finch
Archive
January February March April May June July August September October November December
© Hummer Haven UnLtd.
Powered by ZENFOLIO User Agreement
Cancel
Continue