A Mix of Birds

The temps have been up and down and so has the mix of birds in the last ten days or so.  There were five Red-winged Blackbirds in a flock with Common Grackles and European Starlings on December 7.  Birds were in the bubbler all day long and it only got up to 42 degrees. 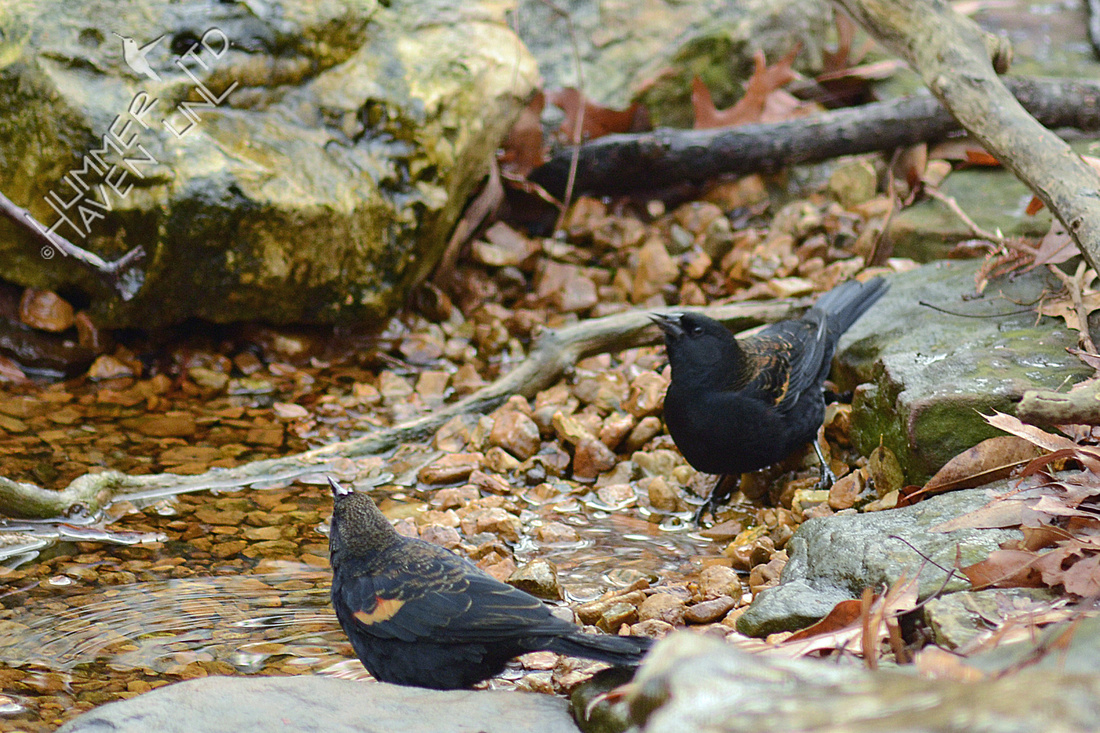 It was unusual to see a Blue Jay get in to bathe while a male Northern Flicker was drinking.  It provided a nice size comparison. 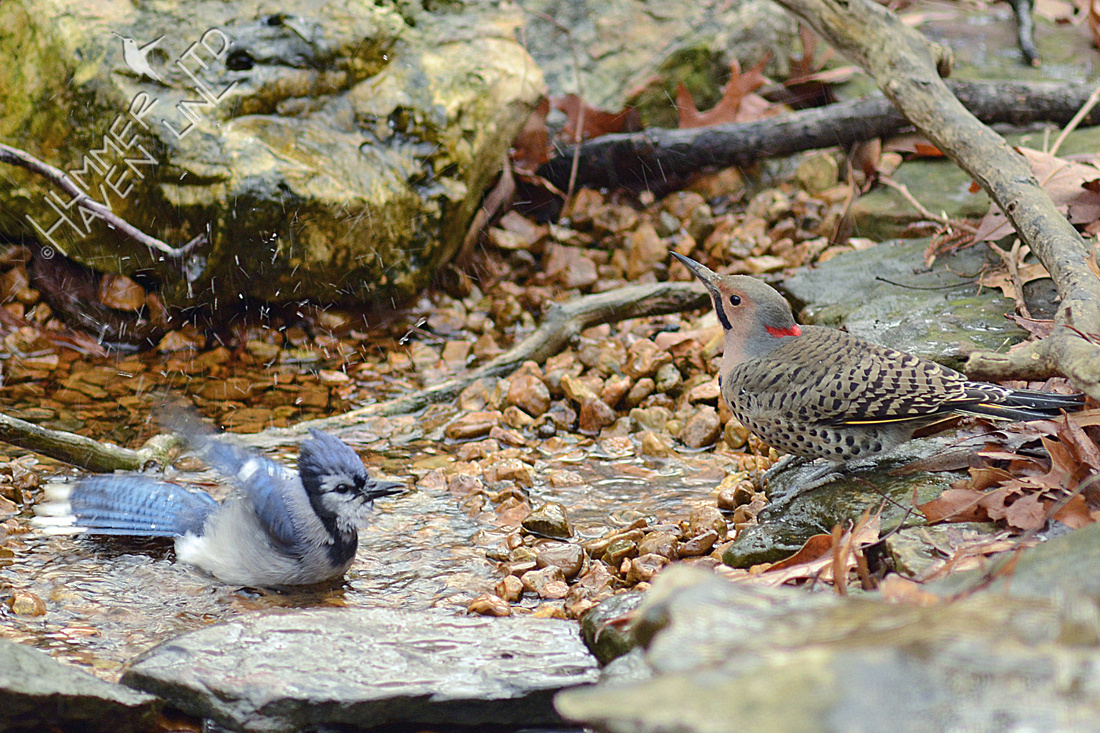 A female Yellow-bellied Sapsucker got in to bathe that day, too. 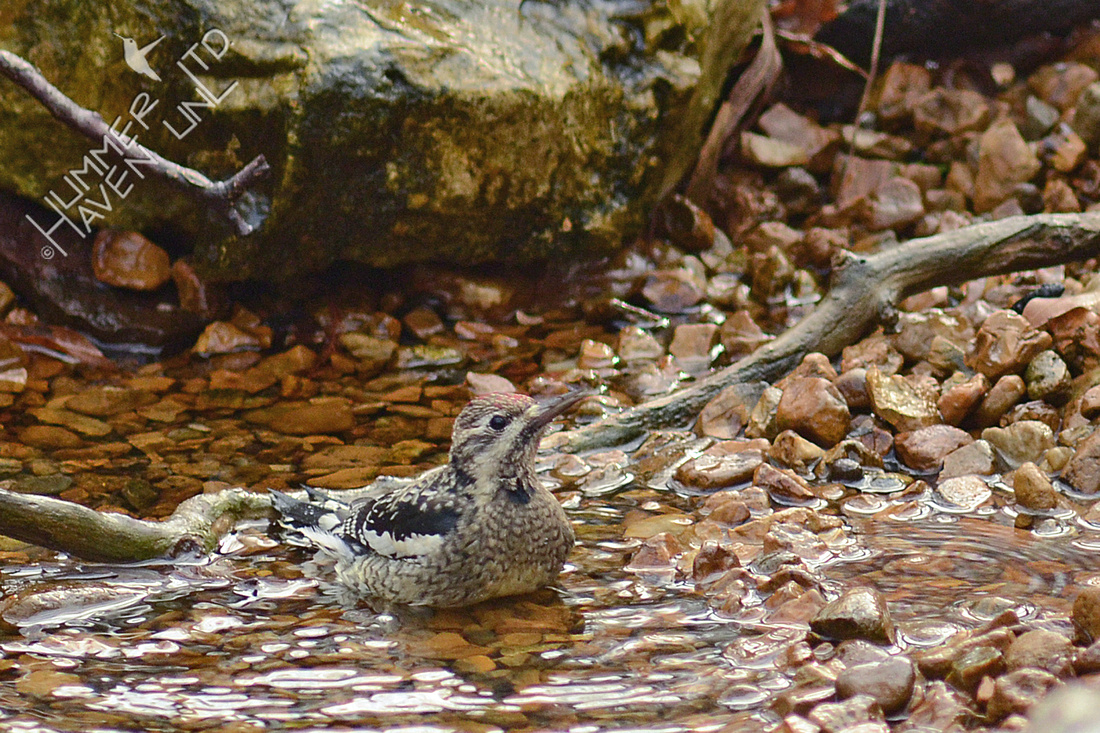 Here is a good view of her yellow belly when she perched on the small white oak after her bath. 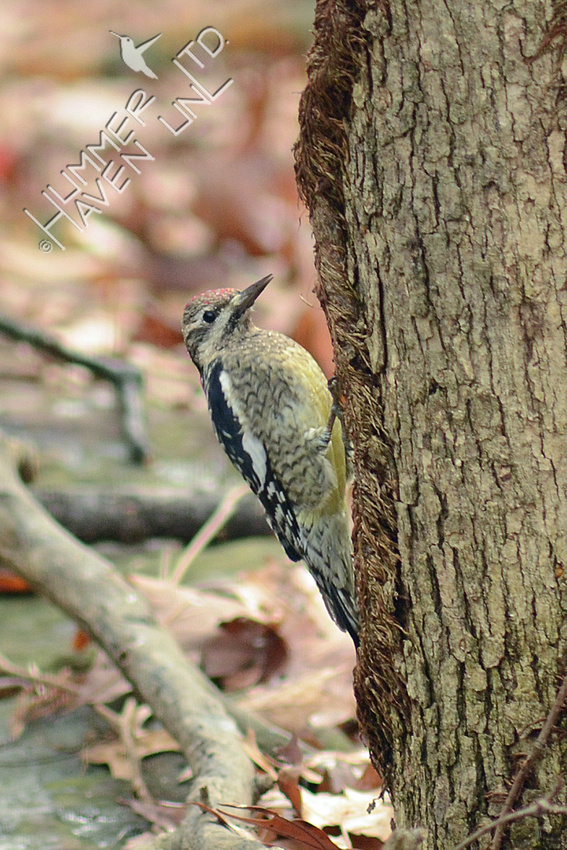 There were three Rusty Blackbirds on December 7, too.  In this frame, the female on the far right is in clear view, along with two Common Grackles and two Mourning Doves. The coloration of the Common Grackles was quite iridescent on this overcast day. 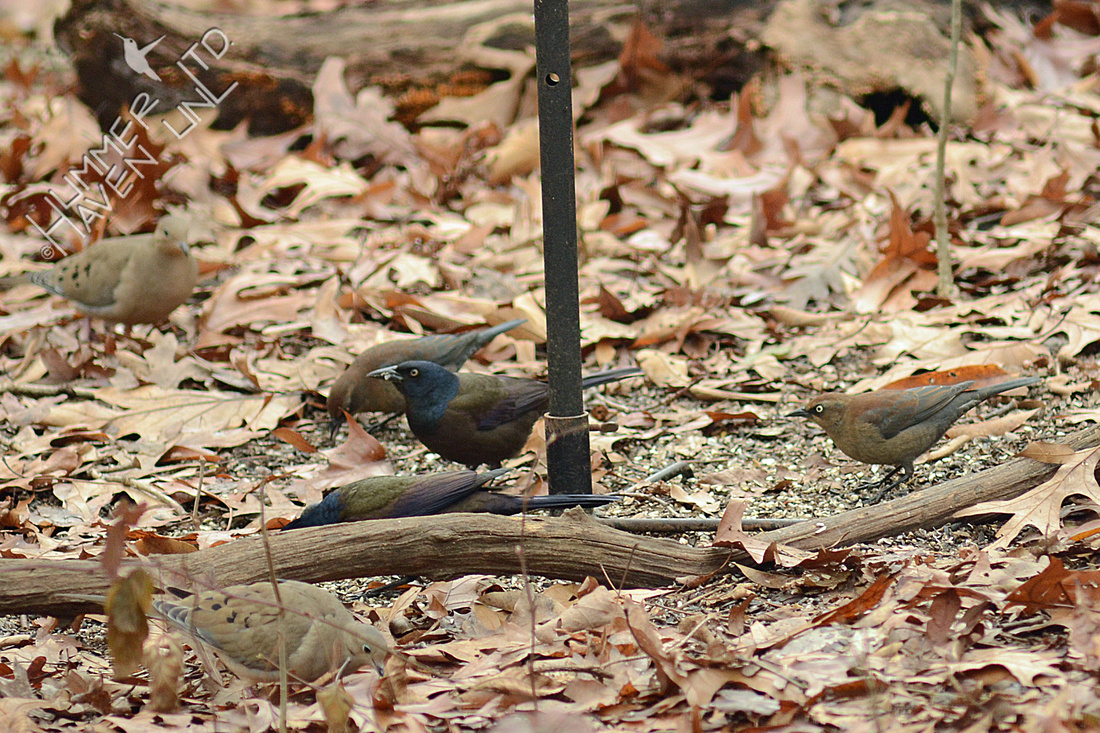 Two Rusty Blackbirds in the mix

On a bit warmer day a week later, December 15, there were at least 4 Pine Siskins around.  Three perched on the Niger sock along with a single American Goldfinch (center). They travel in small flocks with the finches and are not seen every winter here.  They are an irruptive species and whether we see them depends on food supplies to the north.  They  do have needle-sharp bills for prying seeds from the cones of spruce, larch and other conifers.  Read about them here:

One very interesting fact from that page is that Pine Siskins can temporarily store seeds totaling as much as 10% of their body mass in a part of their esophagus called the crop.  The energy in that amount of food could get them through 5-6 nighttime hours of subzero temperatures. 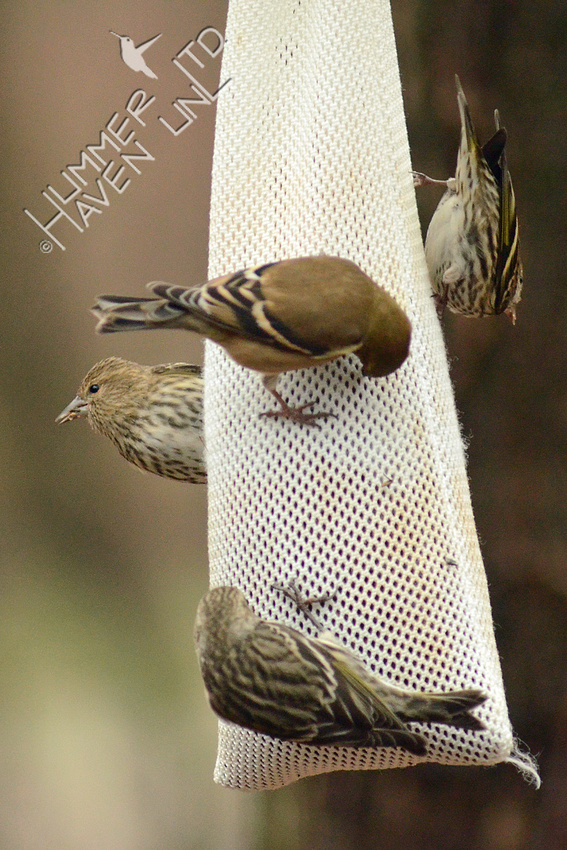