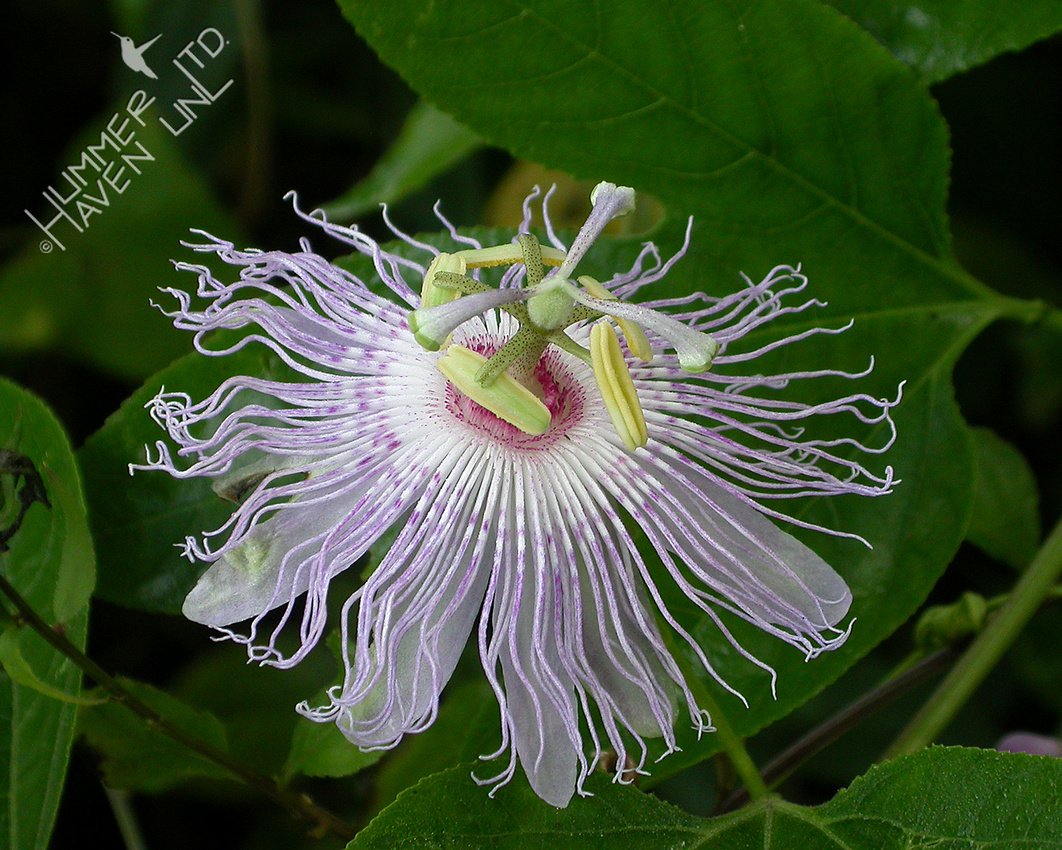 This is Missouri's native Passion flower, Passiflora incarnata, photographed at Shaw Nature Reserve in August 2004, It's a lovely flowering vine and some of you may have it in your gardens. 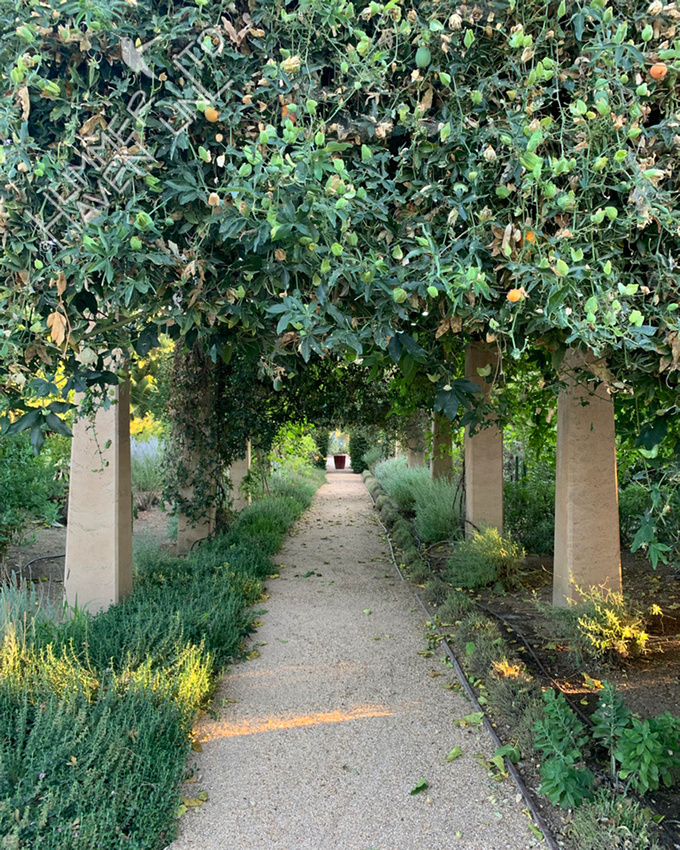 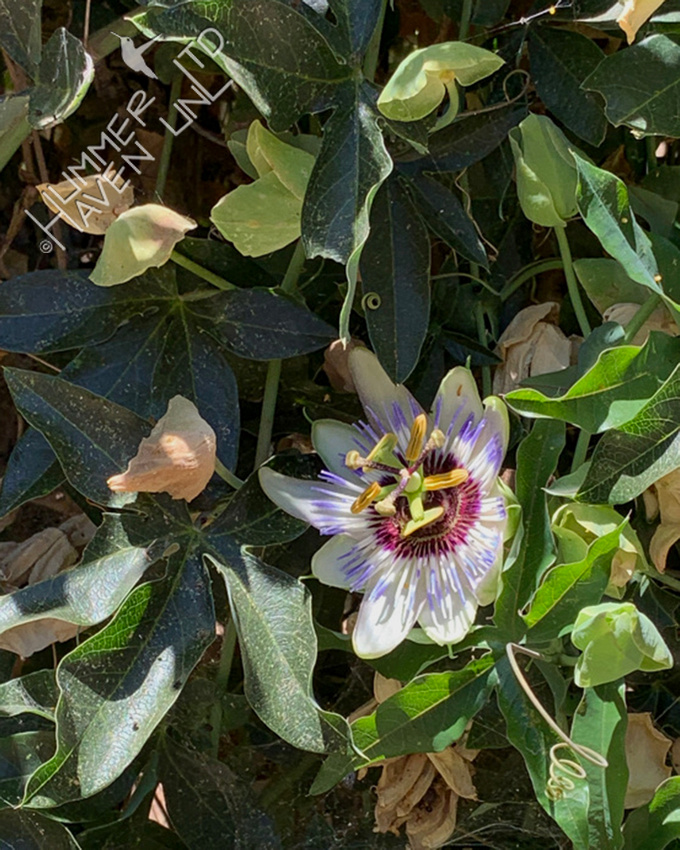 Recently, we were visiting family and stayed in a guesthouse on a property in the Central Valley of California. The property is a good size with a garden of herbs and fruiting plants and trees such as raspberries, peaches, plums and apricots. This walkway was covered with a different species of Passion flower vine and it was attracting Gulf Fritillary butterflies, aka the Passion Butterfly.

The female butterflies lay eggs communally. The video shows a small area of one vine, all three vines were busy with butterfly activity! We had never before seen so many butterflies of one species in one place. We were in awe. 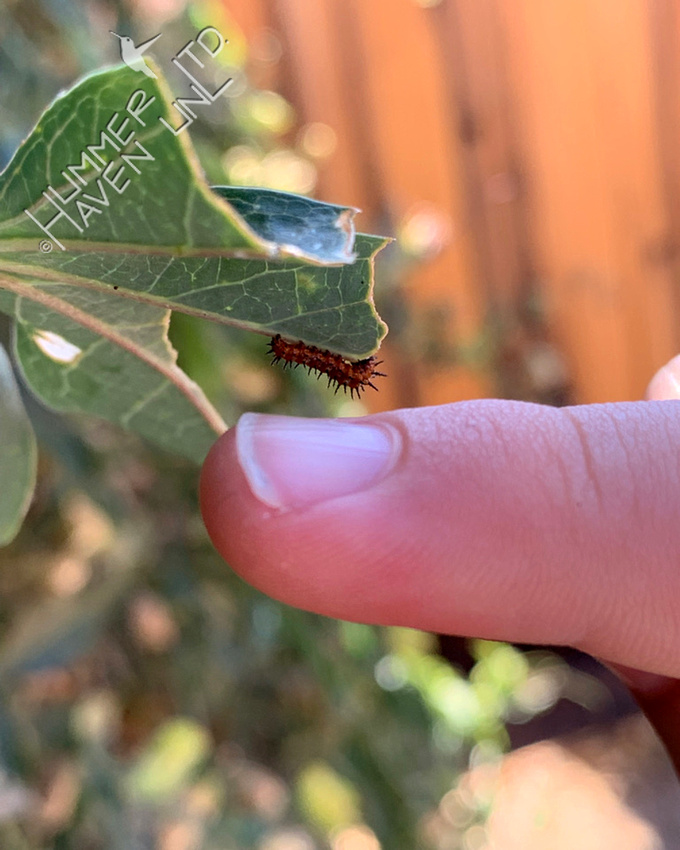 Our grandsons were as fascinated as we were. They easily counted over 25 caterpillars in seconds. Some were very small. Our younger grandson told us he learned about the Monarch and saw the different caterpillar stages but never saw an egg. Challenge accepted! We looked for them. 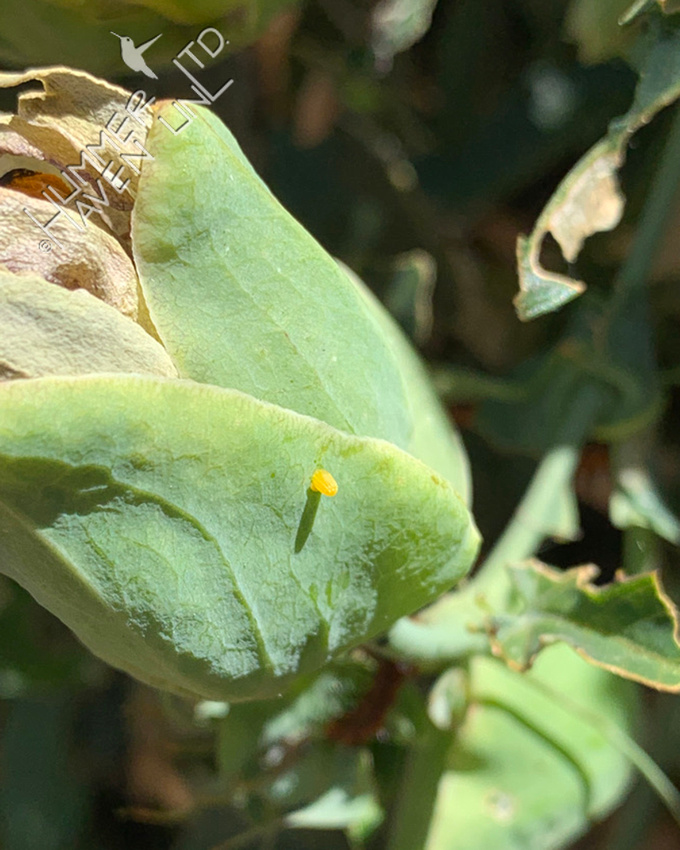 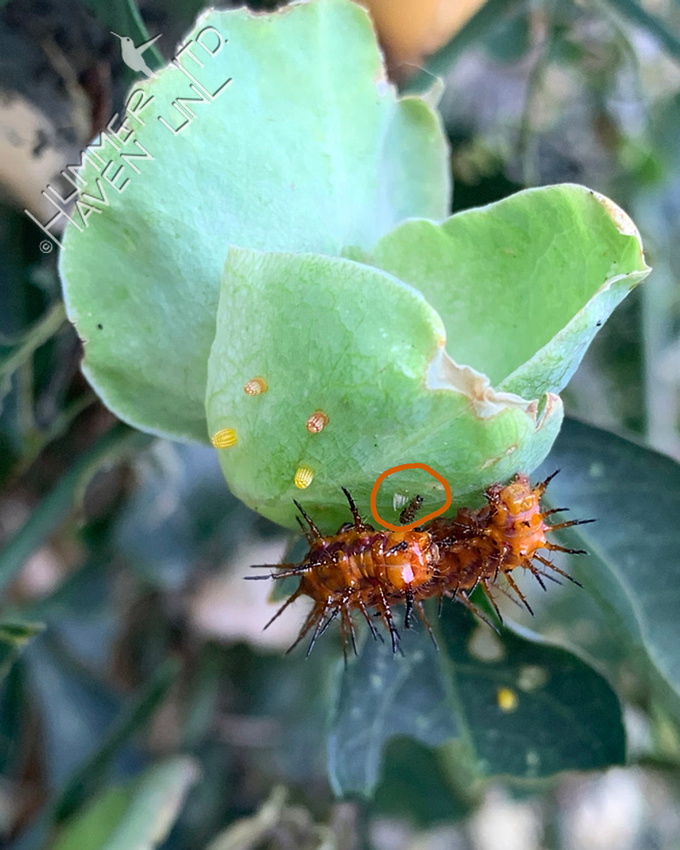 The closer we looked, the more we found! Eggs are pale yellow when first laid. The tiny caterpillar had eaten its way out of the egg case and had begun to feed on a flower bud. Eggs are laid on every part of the plant, much like the Monarch does with milkweed. 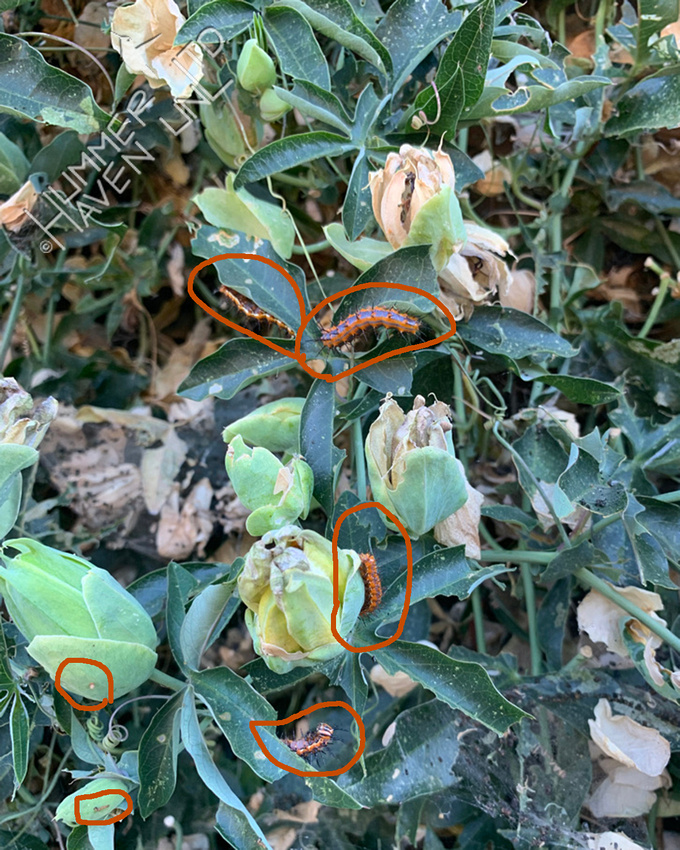 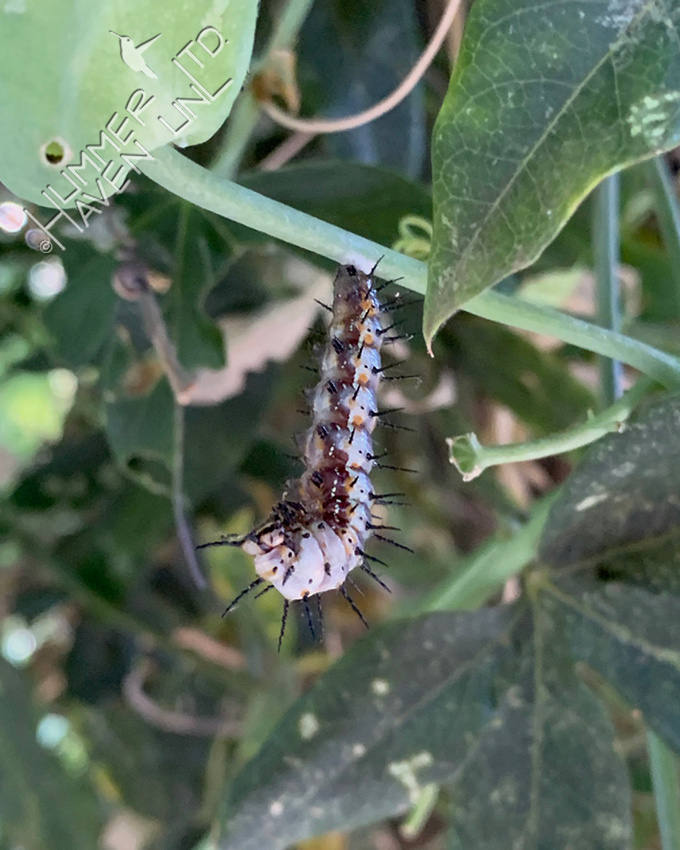 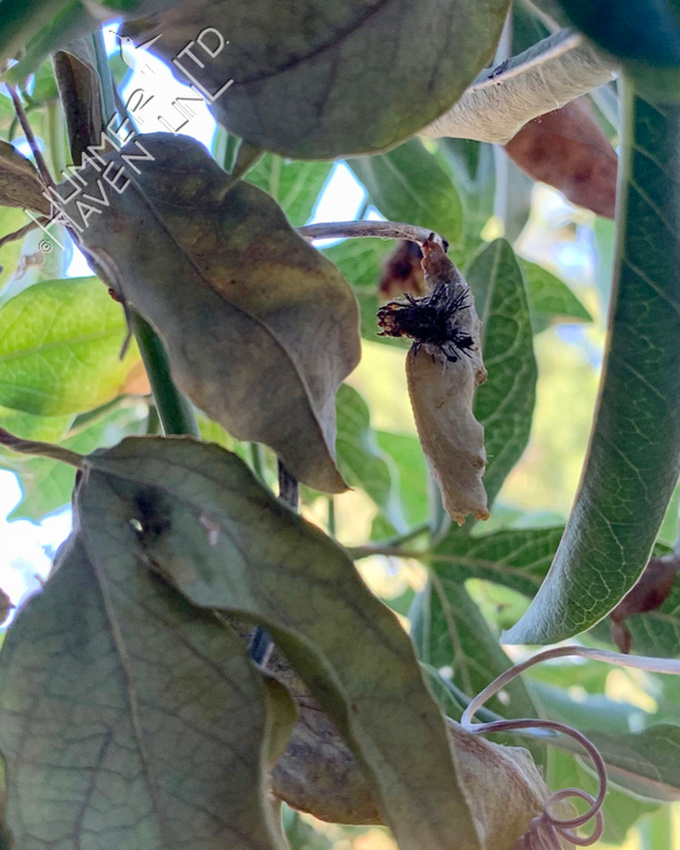 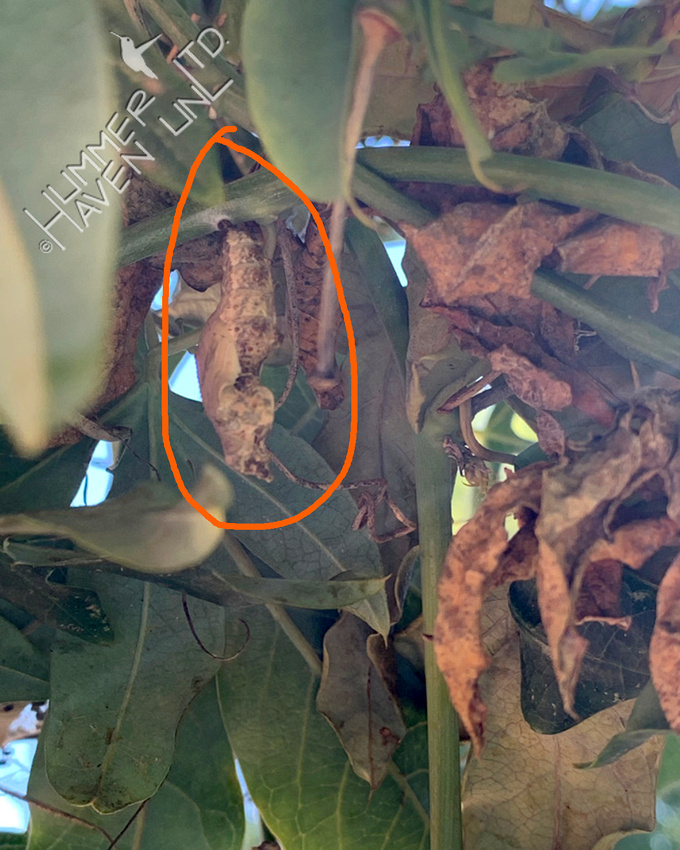 We found caterpillars just forming a chrysalis, some completed and one that was empty. 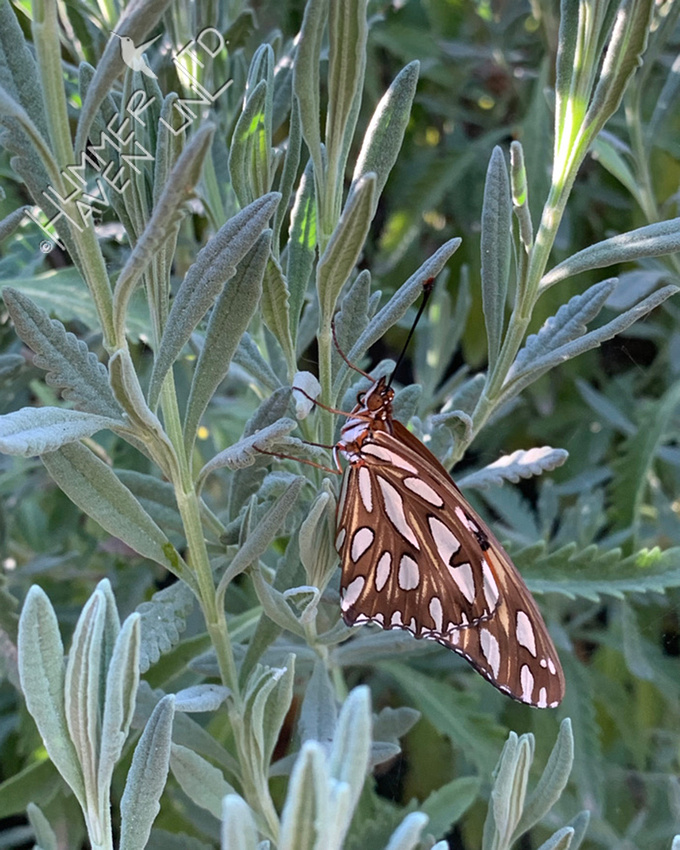 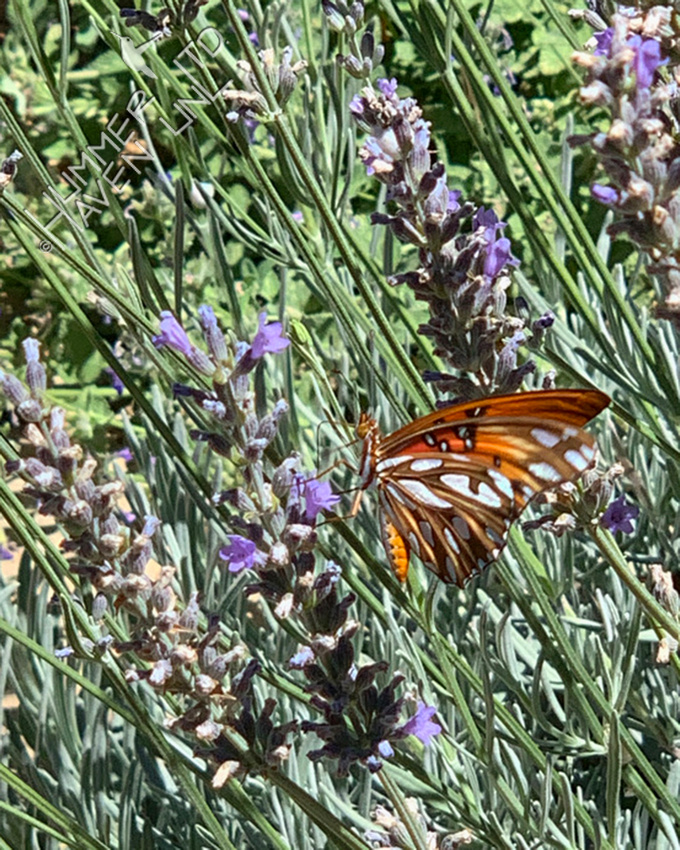 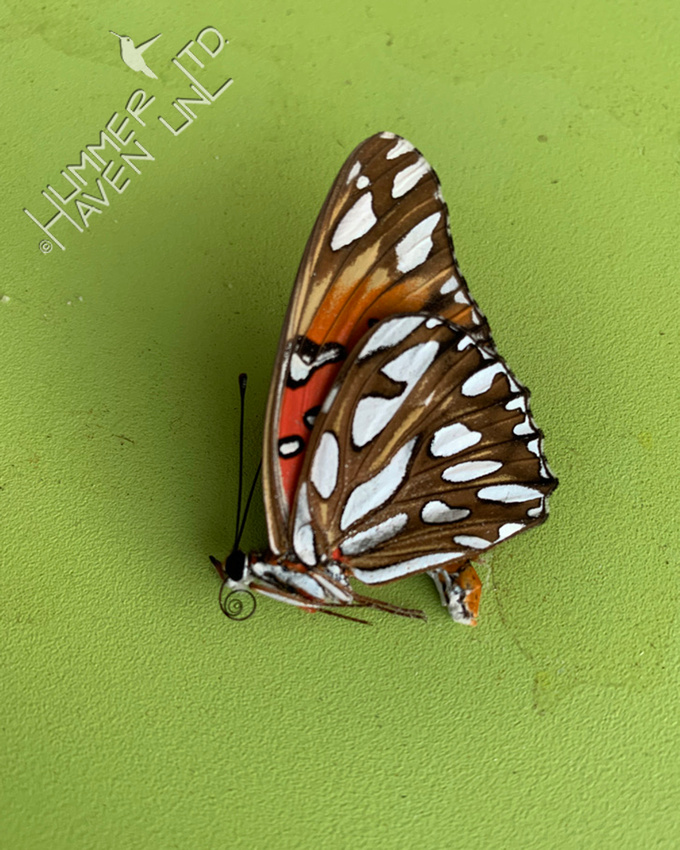 Morning temperatures were around 55 - 60 degrees and the butterflies rested until the air warmed. Then they were busy nectaring in the garden, on plants like the lavender. One butterfly was found in its final resting place on a table.

This butterfly is rarely seen in the St. Louis area, but my friend, Dennis Bozzay has found them in his garden, twice! Thanks, Dennis for sharing your beautiful photos. 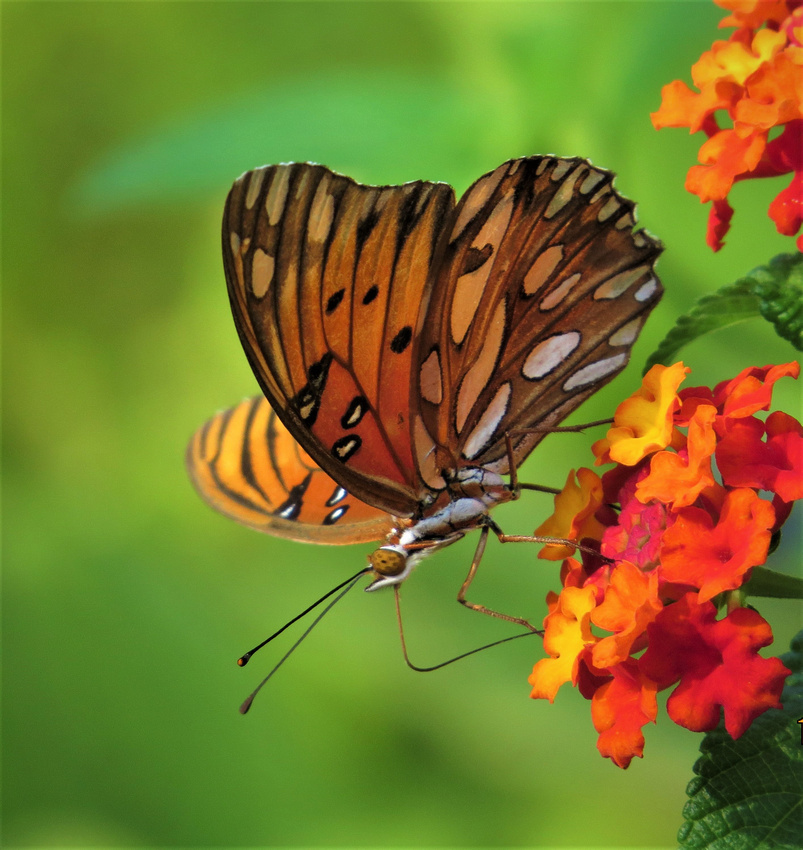 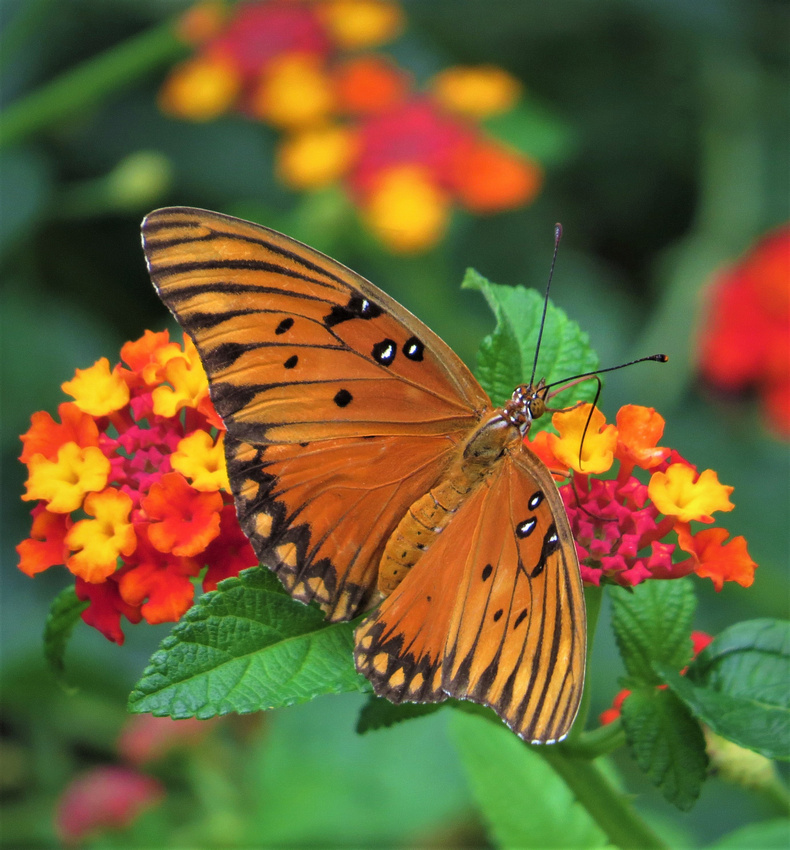 The first time Dennis recorded one was on 10-14-17. It was finding nectar on Tropical Milkweed (Asclepias curassavica). This plant is not recommended in areas where it will not die back in the winter because it can harbor a parasite of Monarchs. To find out more about its effects: 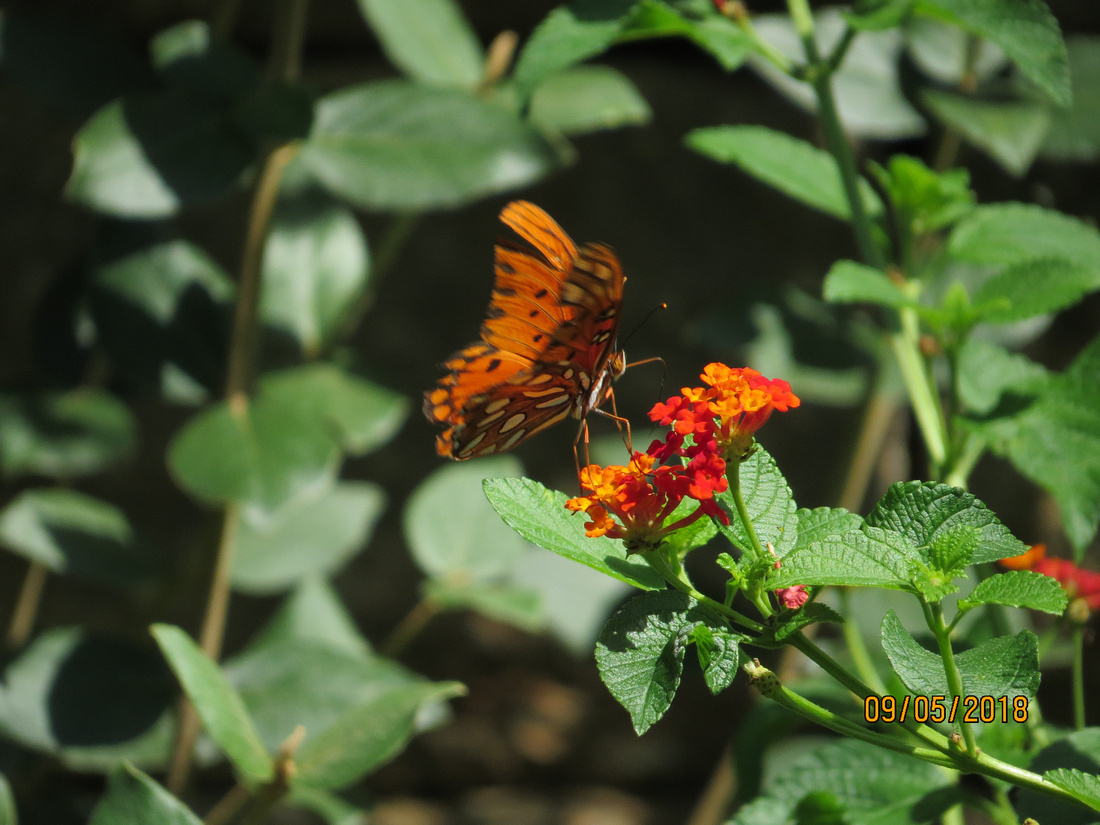 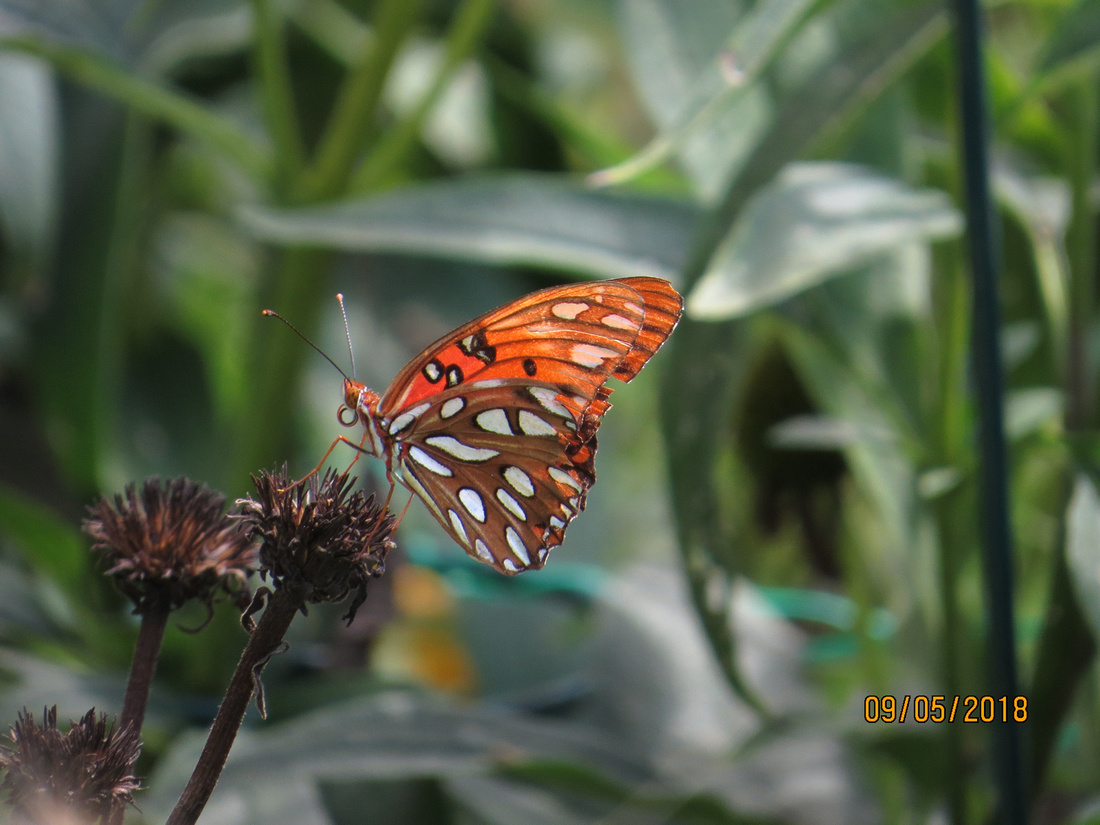 Dennis' second sighting of a Gulf Fritillary was on 9-5-18. Keep a lookout for this butterfly over the next few months, you may get lucky, and see one, too. Here's more on the species:

We returned on the hottest day of the year at 101.9 degrees. Monday, 7-25-22 was a very busy day in the woodland. A cool front had pushed through so birds were very active. It was still really dry so birds were constantly at the water. 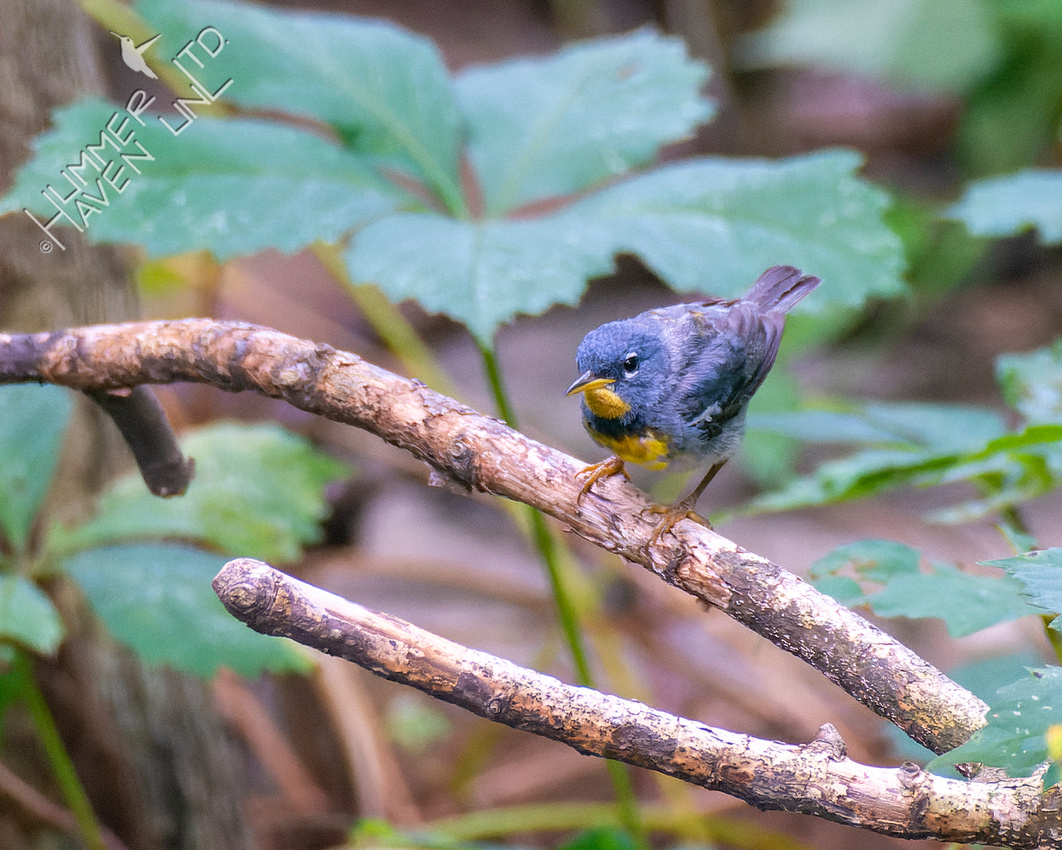 A deeply marked male Northern Parula was at the bubbler early. It is a nesting migratory species in Missouri, and we've been seeing them. 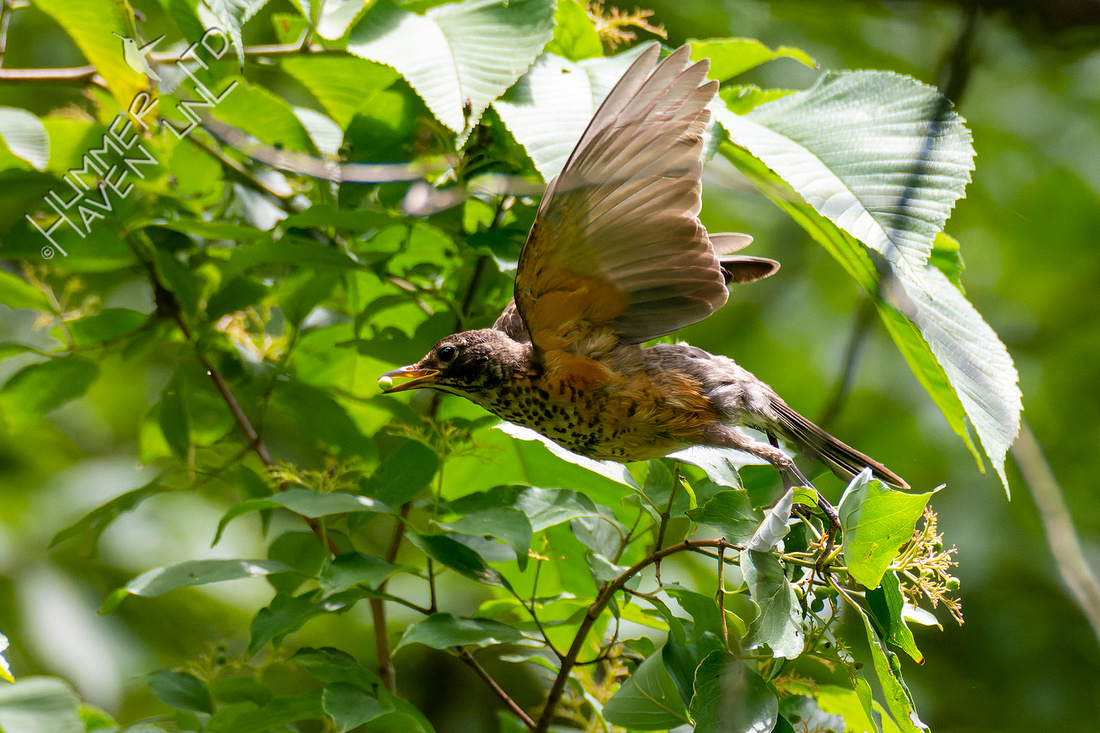 American Robins were grabbing berries off the Rough-leaf dogwoods (Cornus drummondii). Then, I noticed two small birds at the bubbler. One flew into the hydrangeas for cover and the second bird was in and out. 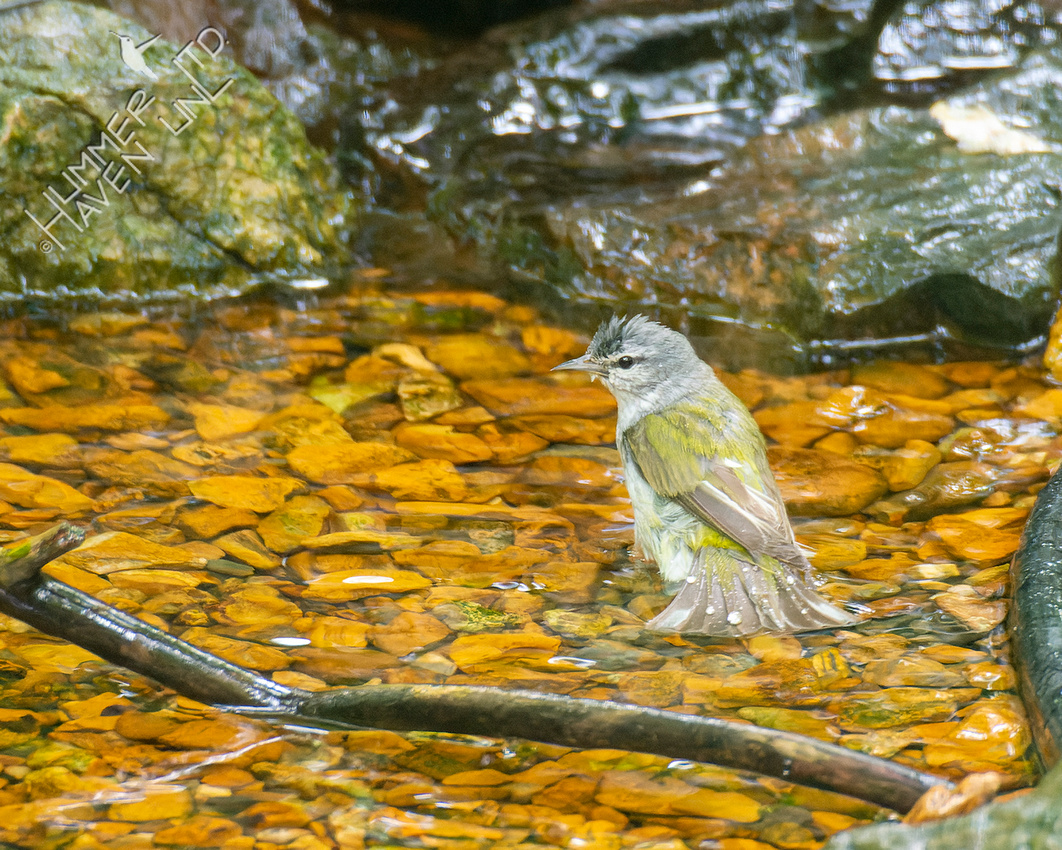 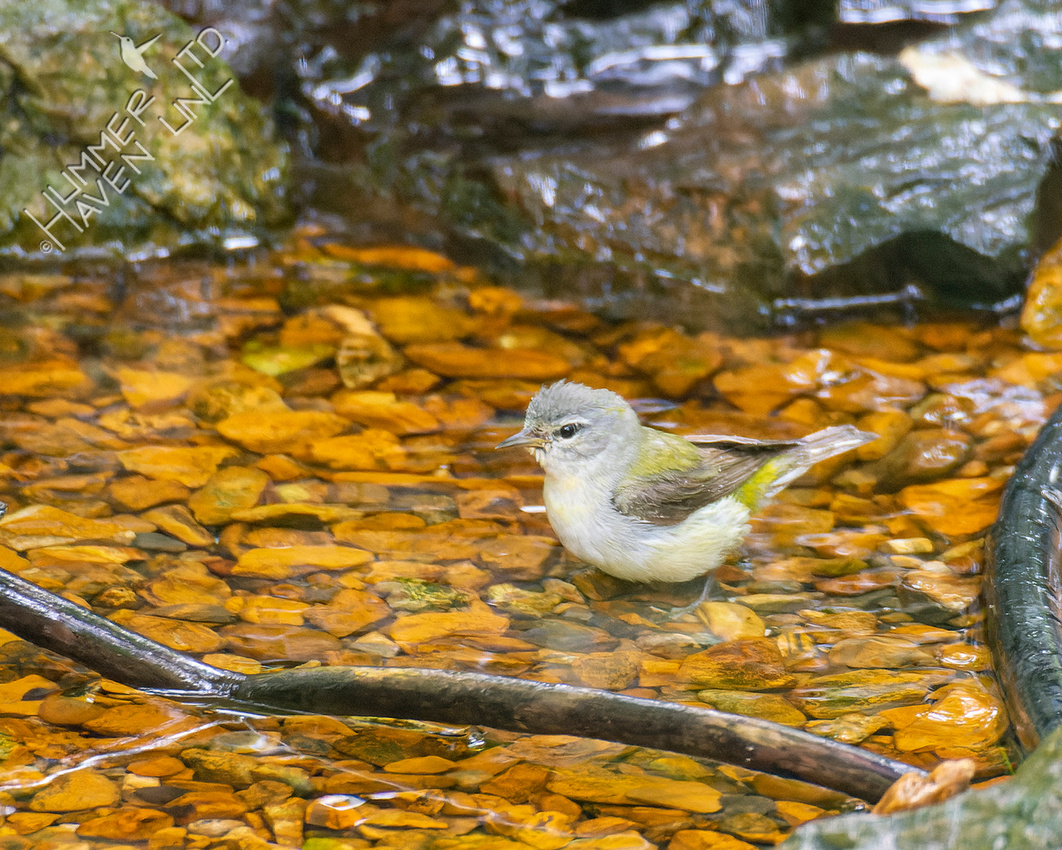 Tennessee Warblers!? Well, they're a migrant that usually doesn't show up until September. I checked for the earliest date they had been recorded in fall which was "August 9 or 10, 1985" and my sighting was two weeks earlier than that date. So, I filled out my eBird checklist to report it. It was confirmed by Josh Uffman and the Missouri documentation form was then completed. These Tennessee Warblers gave us a new state record.

To see every bird species recorded in Missouri, download this free pdf:

The Status and Distribution of Birds of Missouri 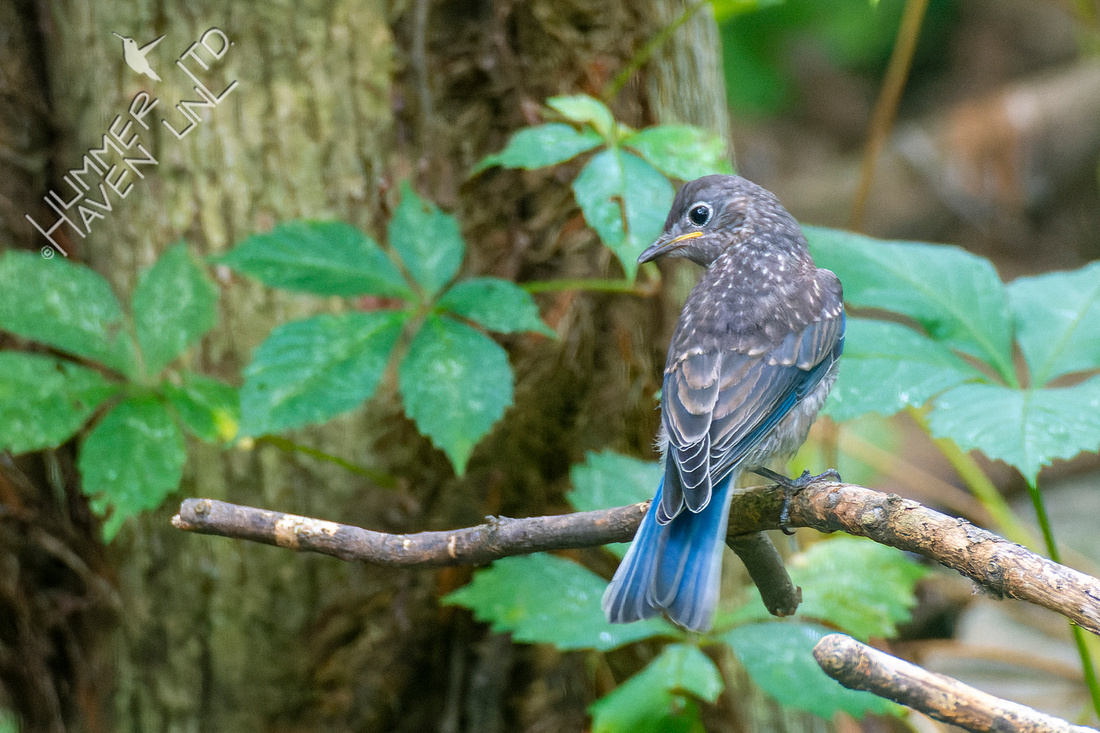 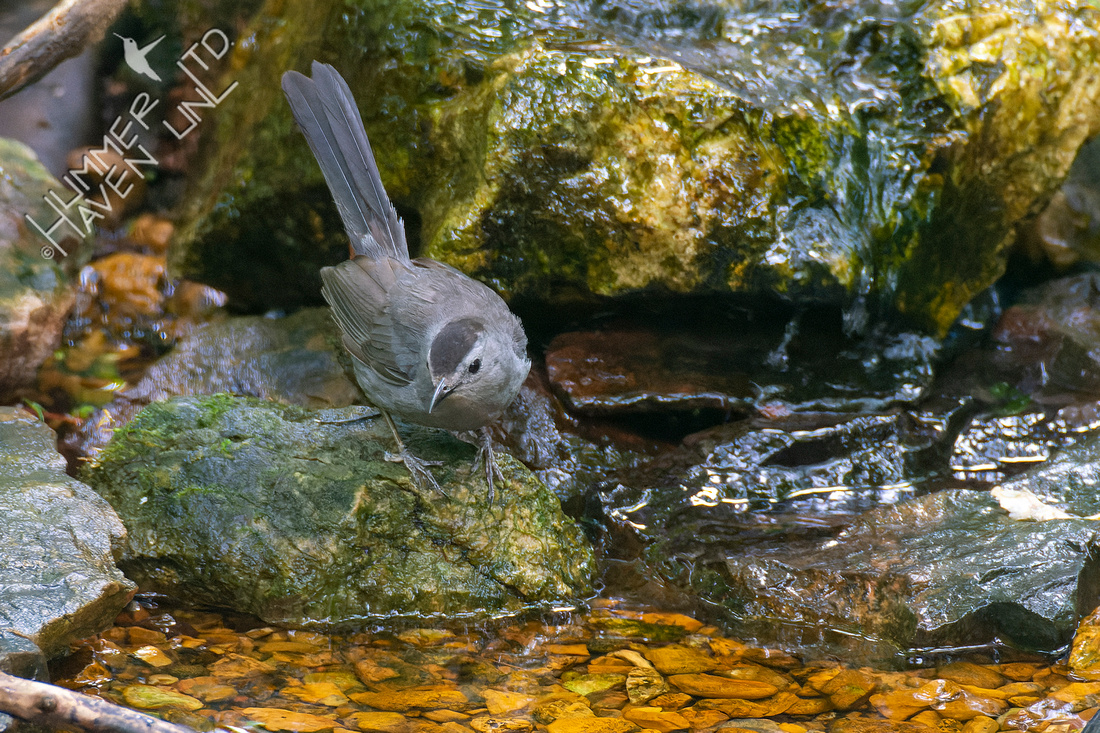 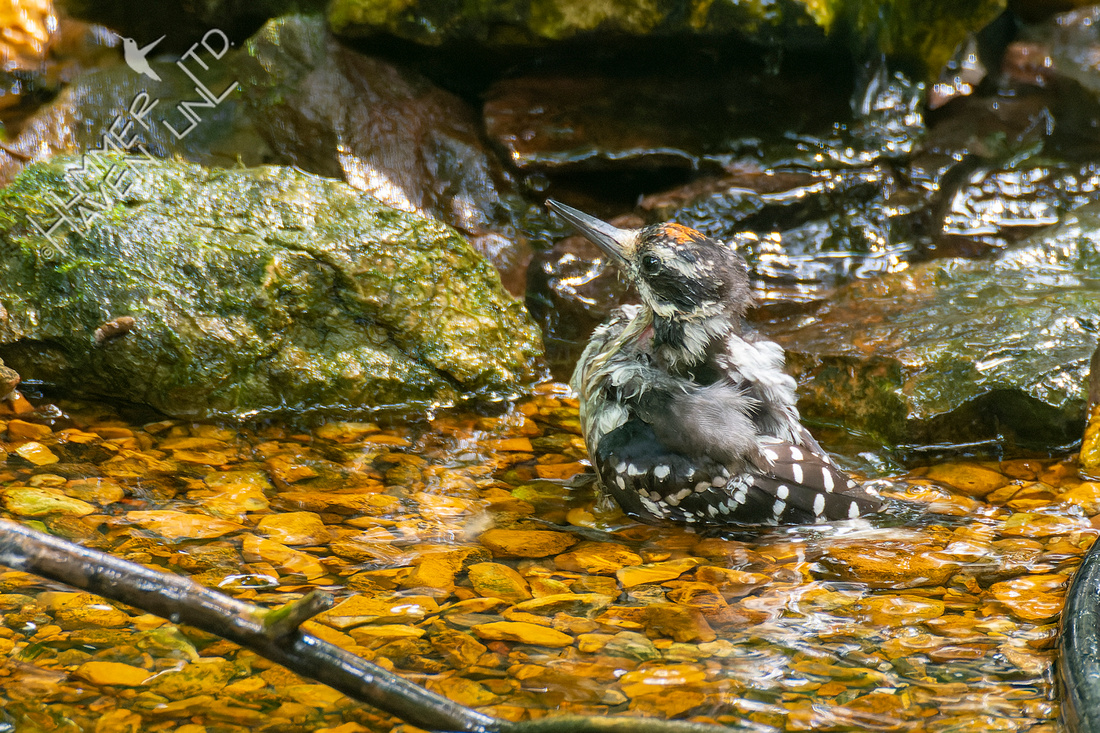 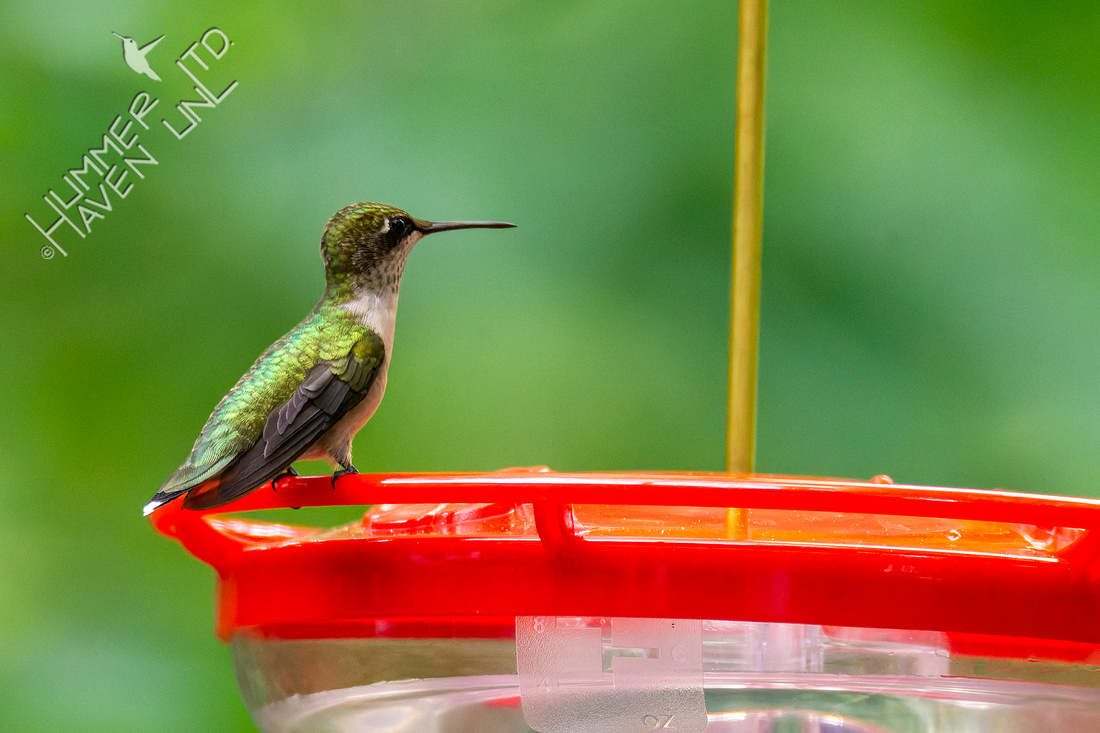 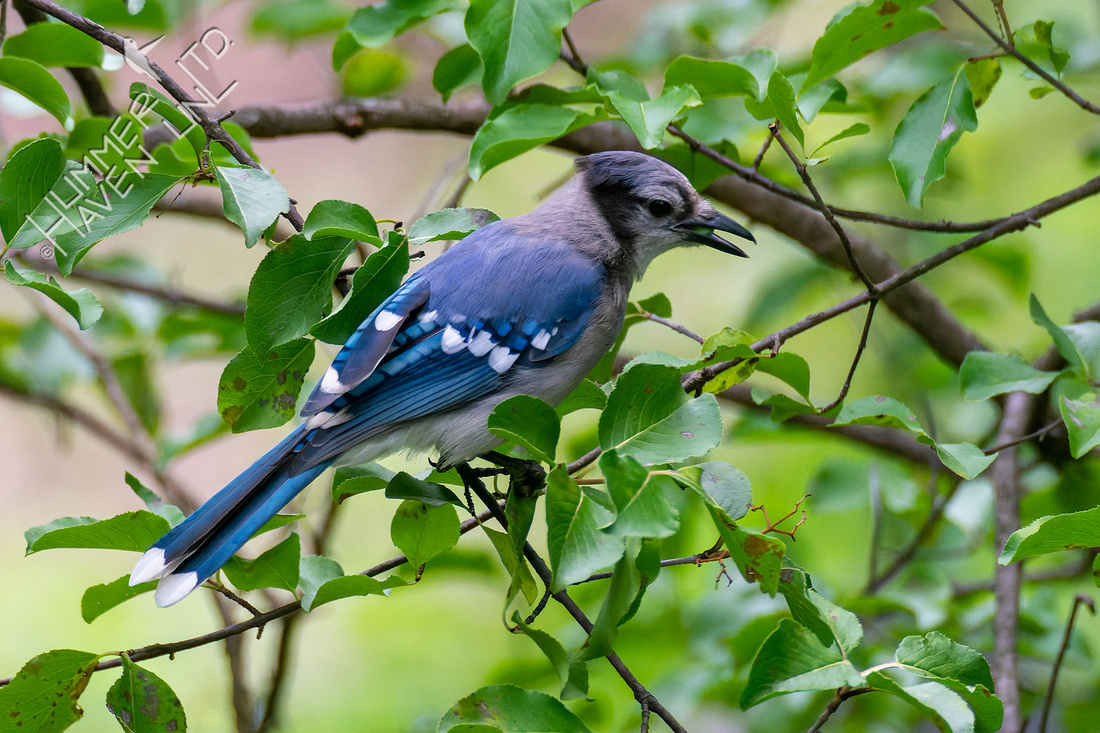 Birds were busy all day long. Eastern Bluebirds, a Gray Catbird and for the first time, a juvenile Hairy Woodpecker came to the bubbler. That's a big bill for that little bird! Young Ruby-throated Hummingbirds are now chasing each other and a Blue Jay was seen eating the fruit of Blackhaw (Viburnum prunifolium).

Last night, the rain came in torrents. Flash flood warnings woke us during the night. Yesterday, the sump puddle was barely 2 feet wide, this morning we had a slowly draining lake. But we're okay and grateful for the rain. It had just let up as I wrote this and our weather station measured 5.65" of rain since midnight. At 3:30 am, the rain rate was 12.5" per hour. Some places in the area had twice as much. A deluge!

We hope you all are safe!

Keep your eyes peeled now for butterflies and migratory birds, many species are on the move.