Ah, winter. The time to curl up by the fire with a good book and a cuppa.

But...what if you're a squirrel or a bird?

This squirrel defended its white oak burl and stayed snug. The White-throated Sparrow found a cozy spot within a small pile of branches. The Brown Creeper may have sheltered overnight on the trunk of a shag-bark hickory, under bark that fanned out from the tree. Can you find it working along the trunk of the black oak? 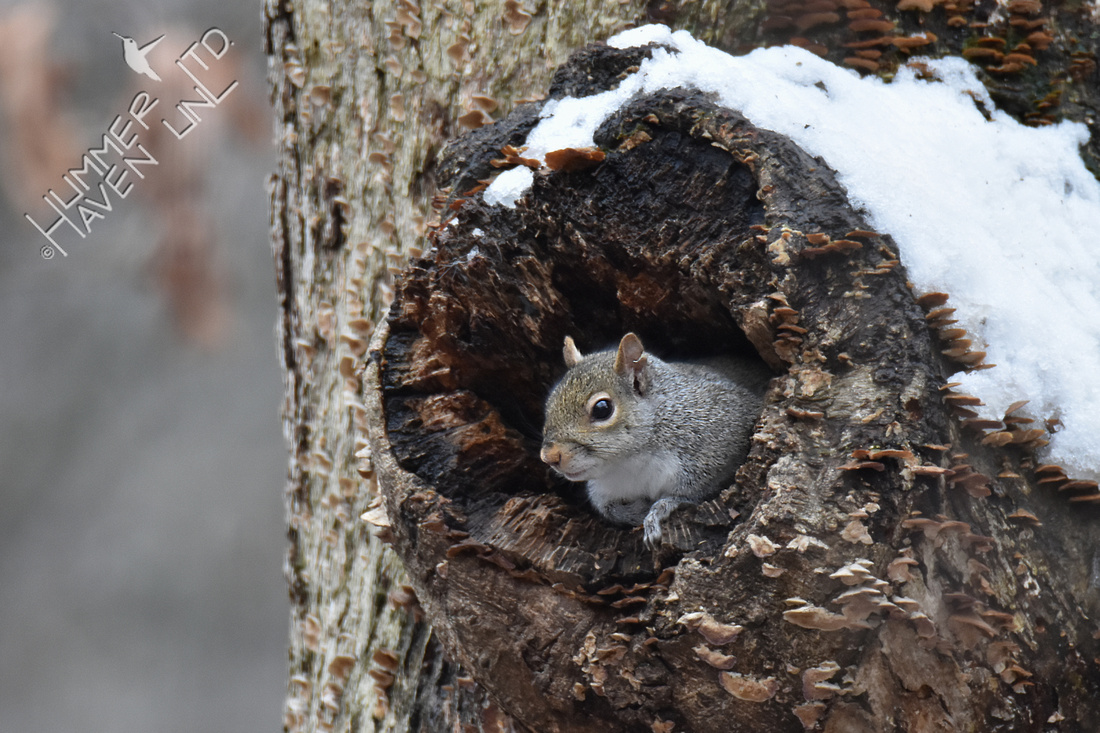 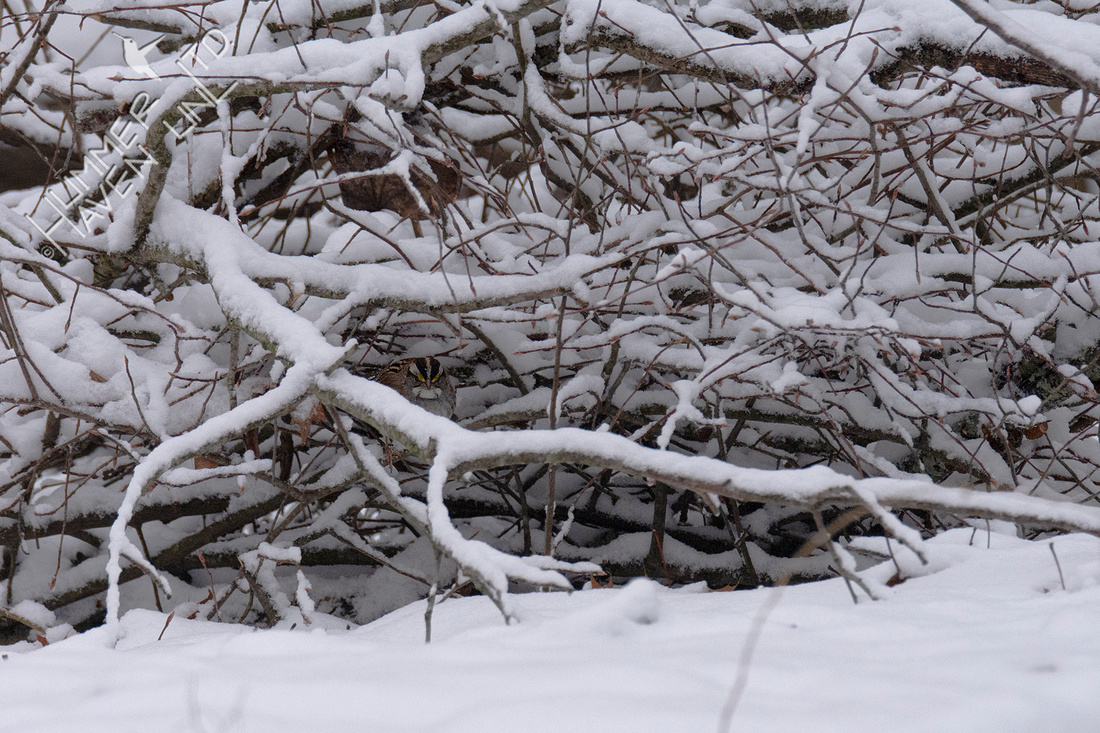 1-12-20 Find the White-throated Sparrow in cover 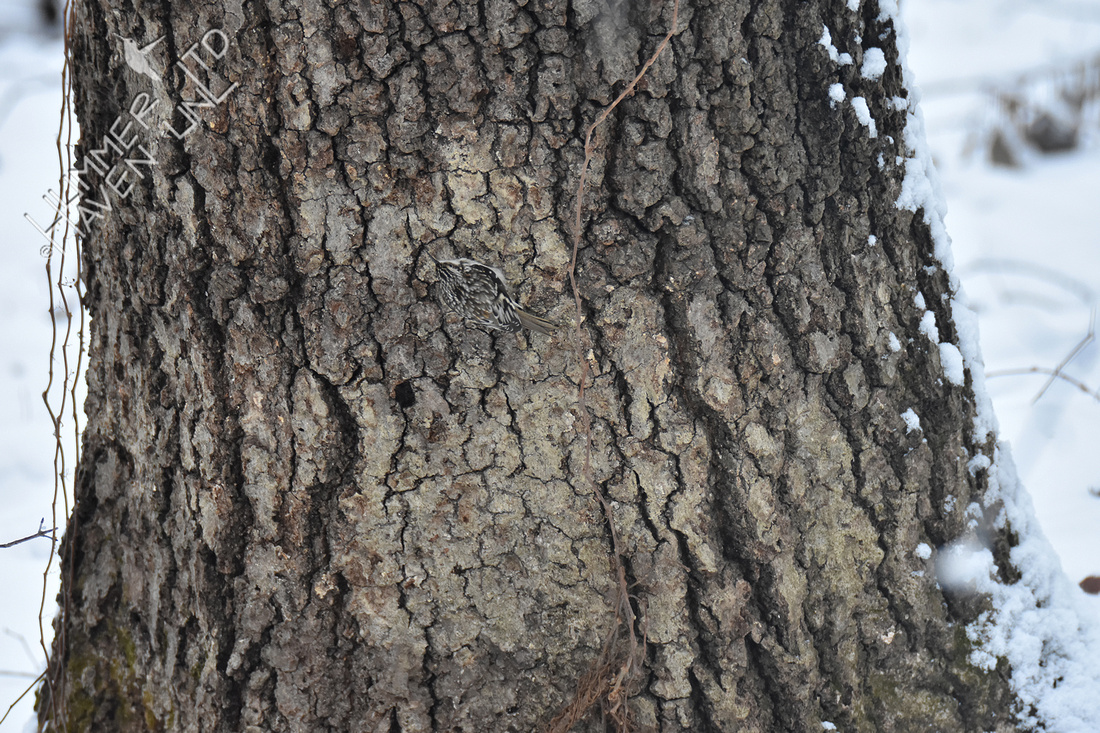 A flock of 13 Red-winged Blackbirds have been seen a couple different days. The Yellow-rumped Warbler has been in as well, looking for food in the same places. 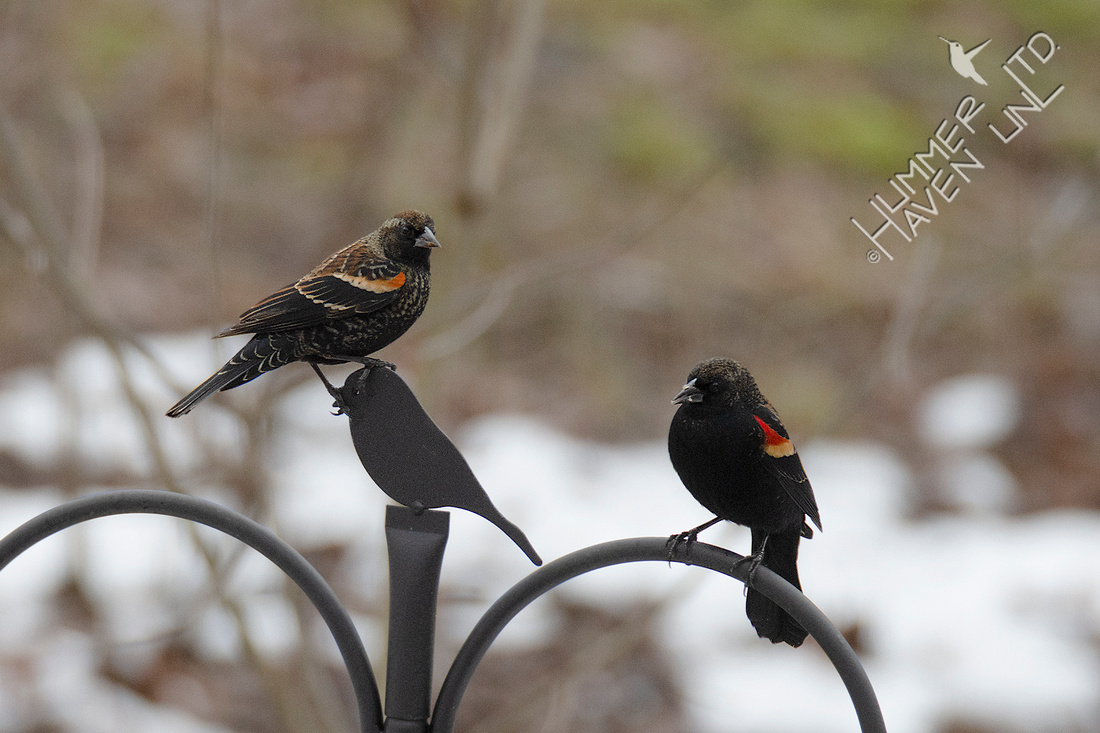 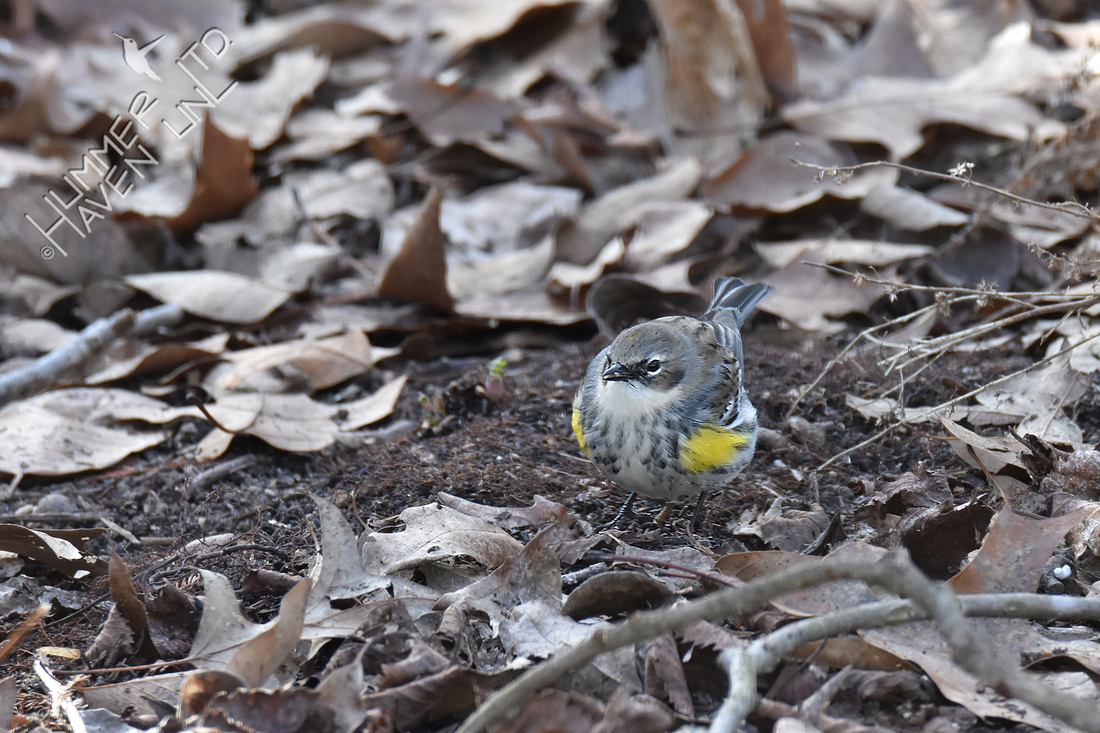 We set up a replacement camera for the Bubbler area. The deer were sure curious about it that night!

This White-throated Sparrow was eating seed from the Cliff Goldenrod (Solidago drummondii) while the Red-bellied Woodpecker was after the bark butter. It sure is a popular protein and fat source on cold winter days for a number of species, including the Northern Cardinals. 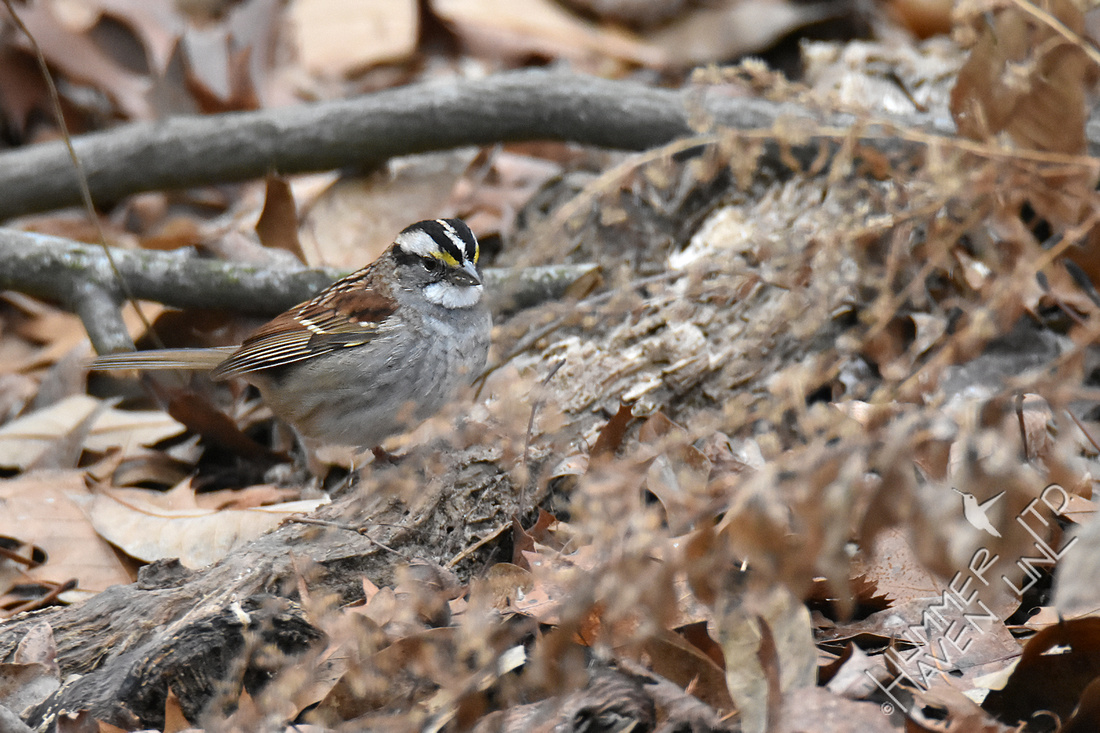 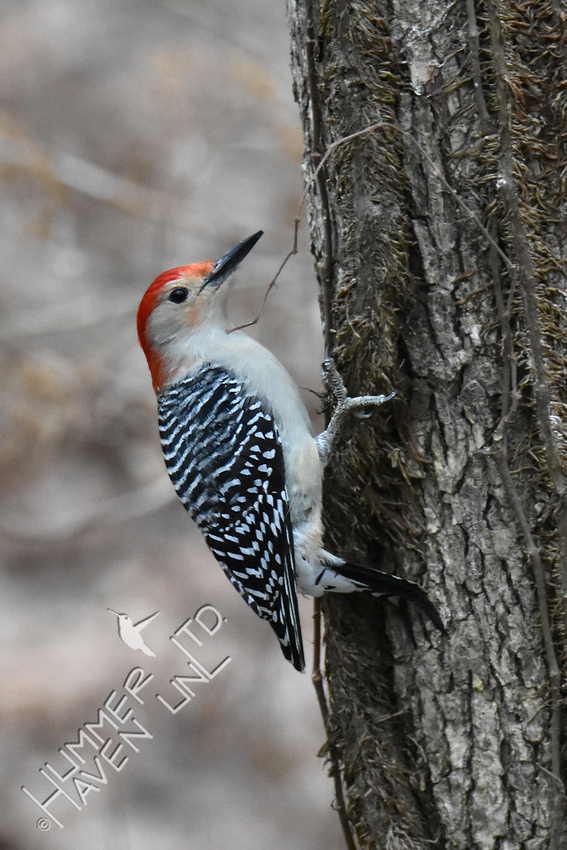 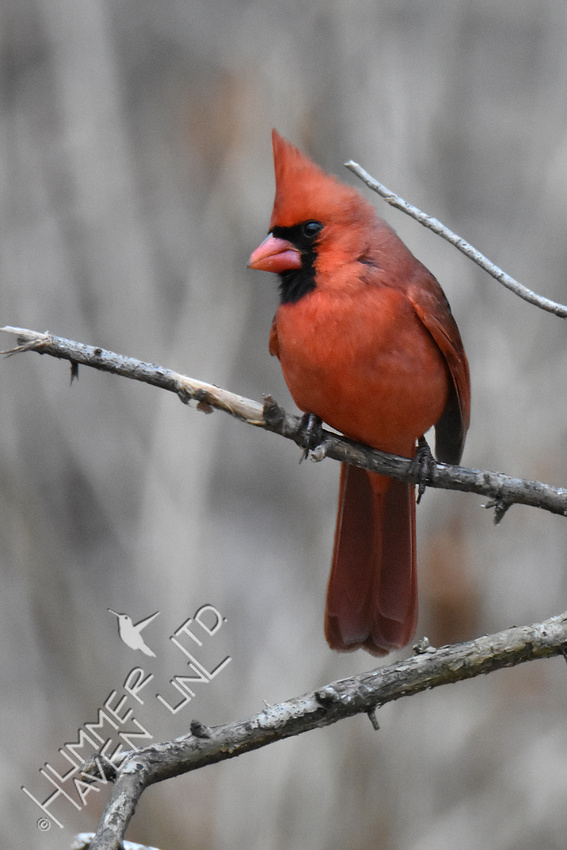 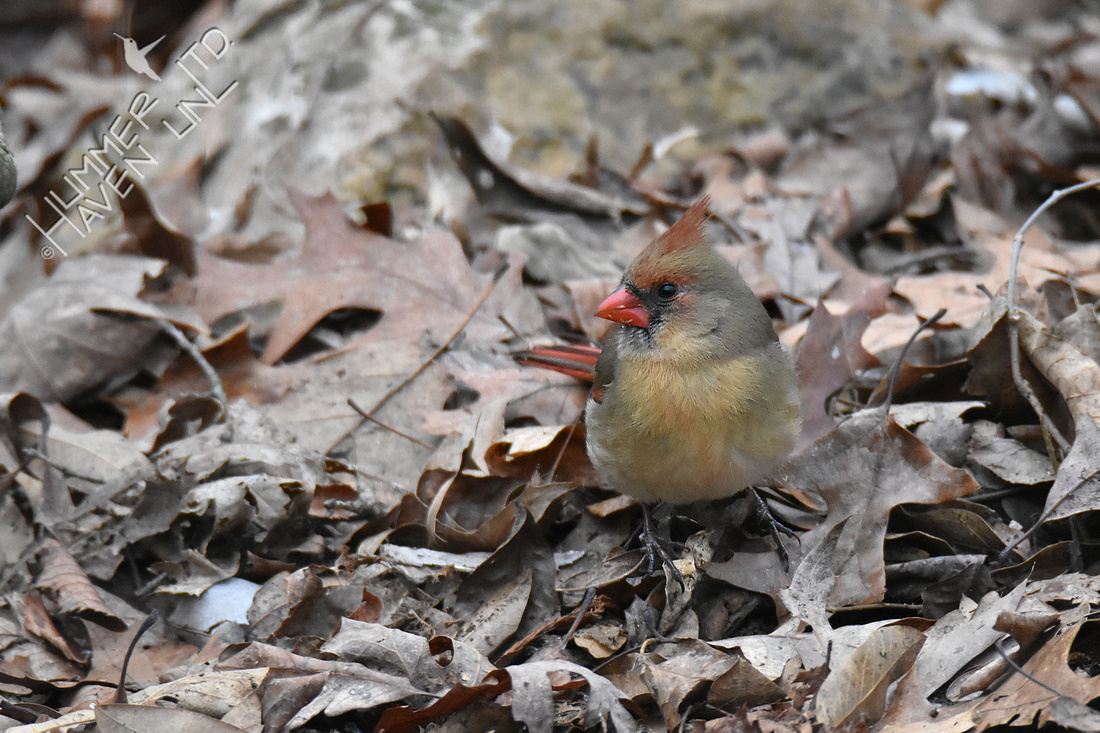 We have seen this pair of Brown Creepers every day of the new year. They move so quickly, this was a lucky shot. 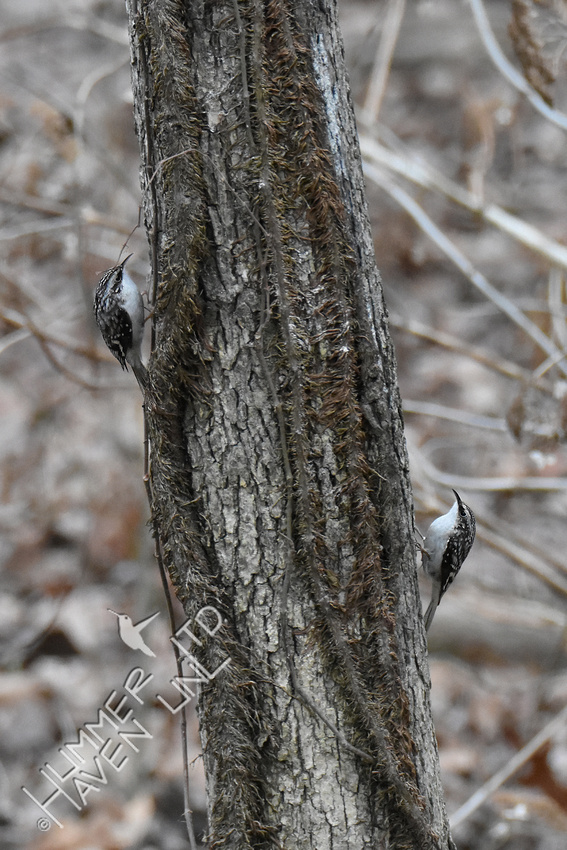 This composite photo shows a pair of Downy Woodpeckers with the female (on left) and a male. The male has the red patch on the back of the head. 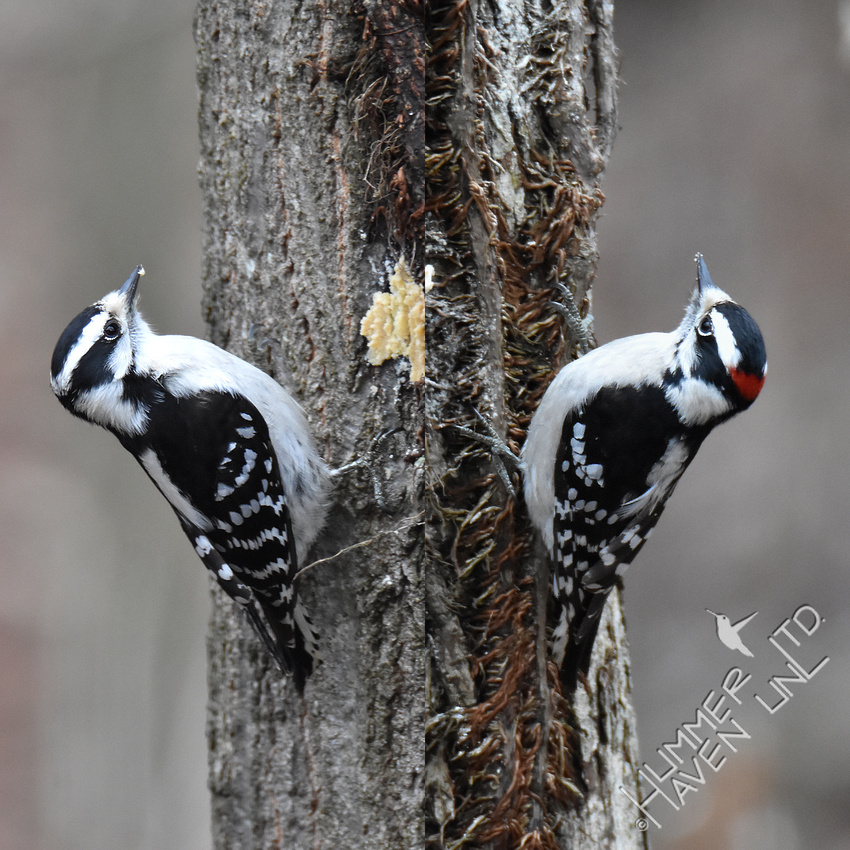 One of the Barred Owls took a dip in the pond to catch a fish, just hours before the pond iced over. It shook itself off, then moved on.

Two female Yellow-bellied Sapsuckers have been coming in, the first one is an adult and the second is an immature. The young one spent quite a bit of time at the sugar maple (Acer saccharum). The bird had hammered away at the bark while warming itself in the sun. It was a cold day, but apparently just warm enough for the sweet sap to run and provide some nourishment. 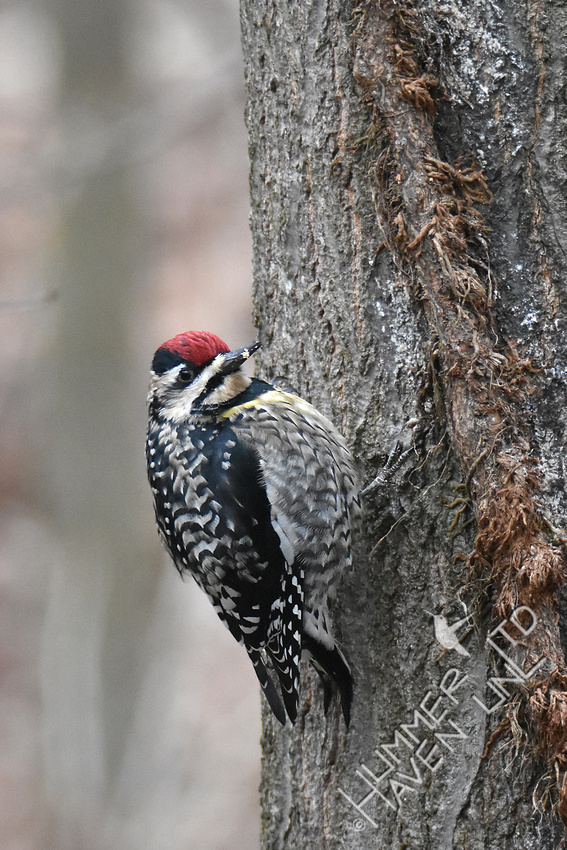 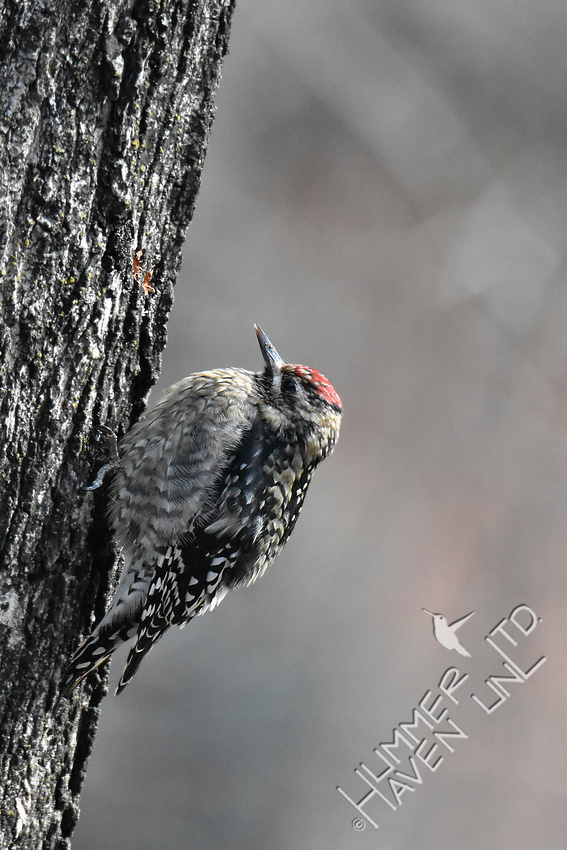 Here, one of the creepers came in as the female Downy Woodpecker was getting bark butter. This image is a good size comparison. 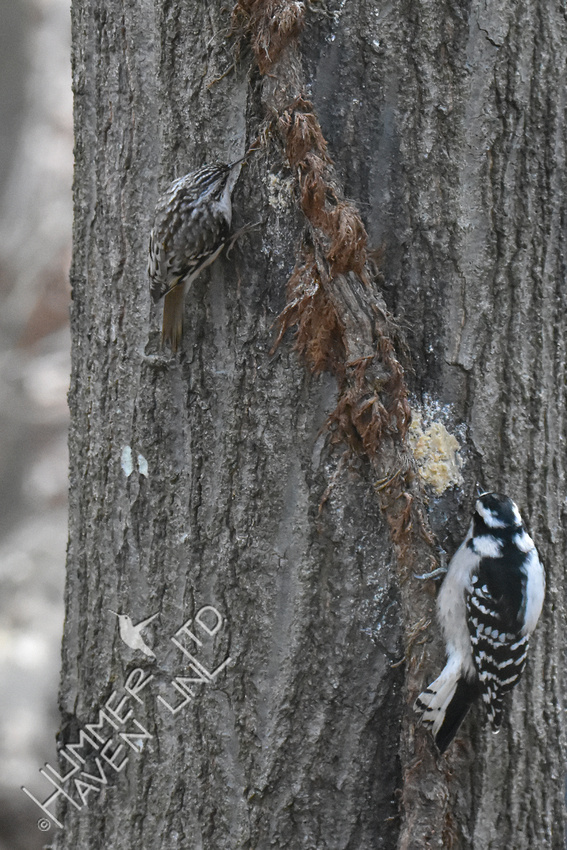 And, this fluffed-up creeper was caught cat-napping! Ever so brief was the nap, about a minute, but apparently just enough on a cold winter afternoon. 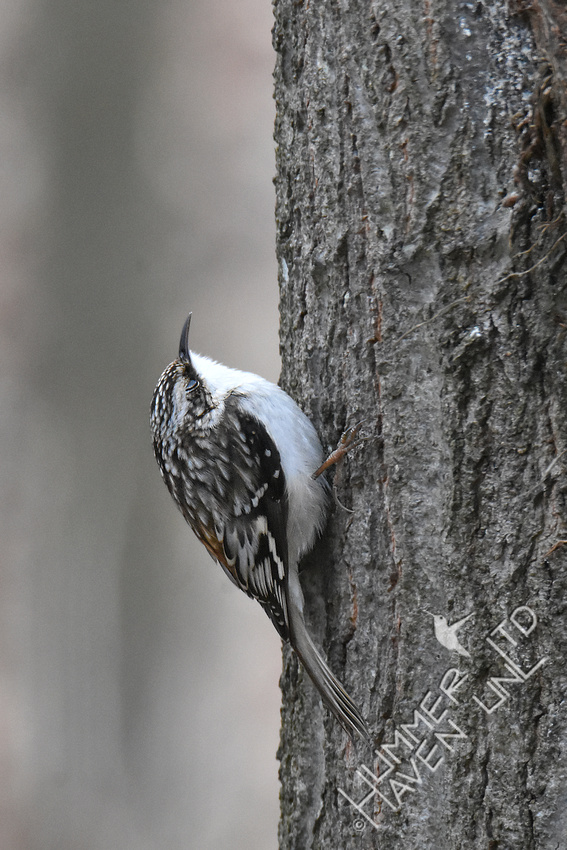 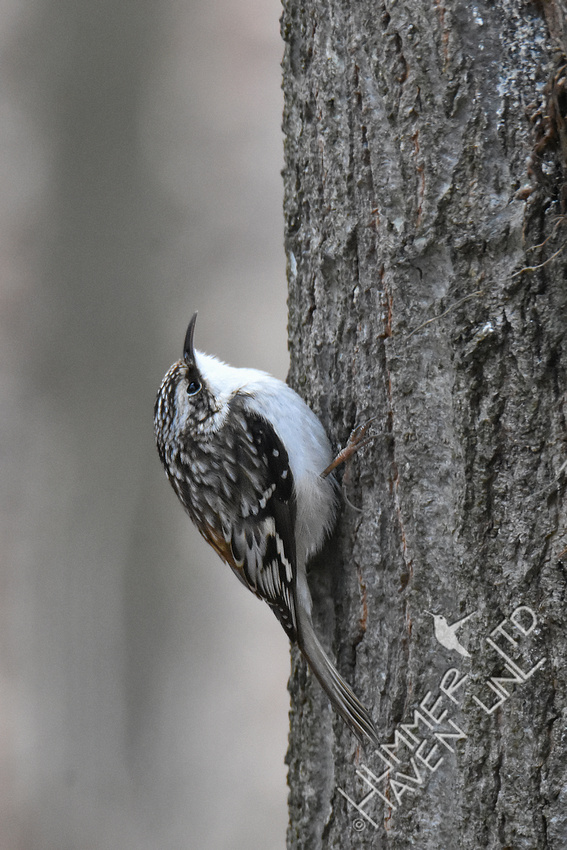