So, it has begun! The first week of the year brought in some mild weather, nice birds and many visitors to the blog.

We have surpassed 50,000 visitors now. Thank you for looking at our blog and galleries!

We hope you've picked up a thing or two about birds, especially how to support them in your own yards

with native plants, which are the very best bird feeders, and water features.

Our year list is off to a modest start with 30 species seen as of today, 1-11-20. Heard only species have been a vocal Red-shouldered Hawk and Barred Owl. The first Yellow-rumped Warbler came in very briefly on 1-2-20. I was lucky to see it at all and only got one photo when it landed in a Spicebush (Lindera benzoin). 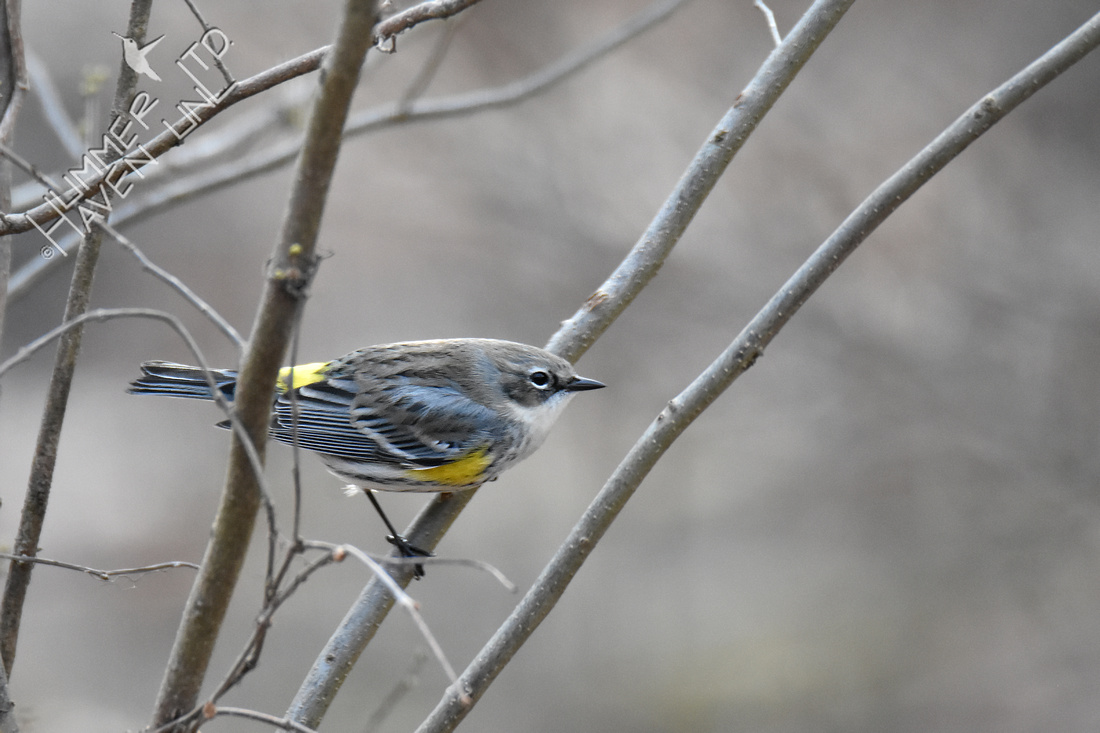 American Crows were the second species on our yard list and third at the Bubbler. This family of crows has become pretty comfortable coming in to get a drink of water or look for a handout. Since our city now provides a bin to put trash in, these birds no longer can ravage the trash bags and scavenge. I thought I had fooled them by waiting to put out bark butter. With the trees nearly bare, they spotted me a mile away. 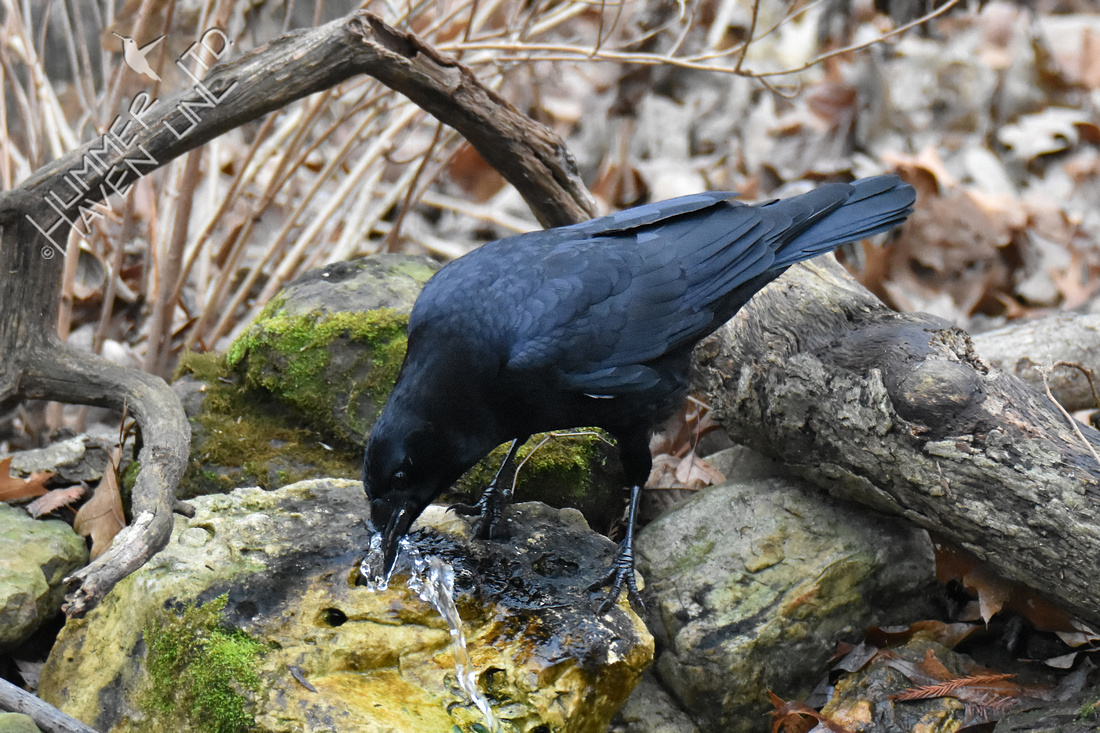 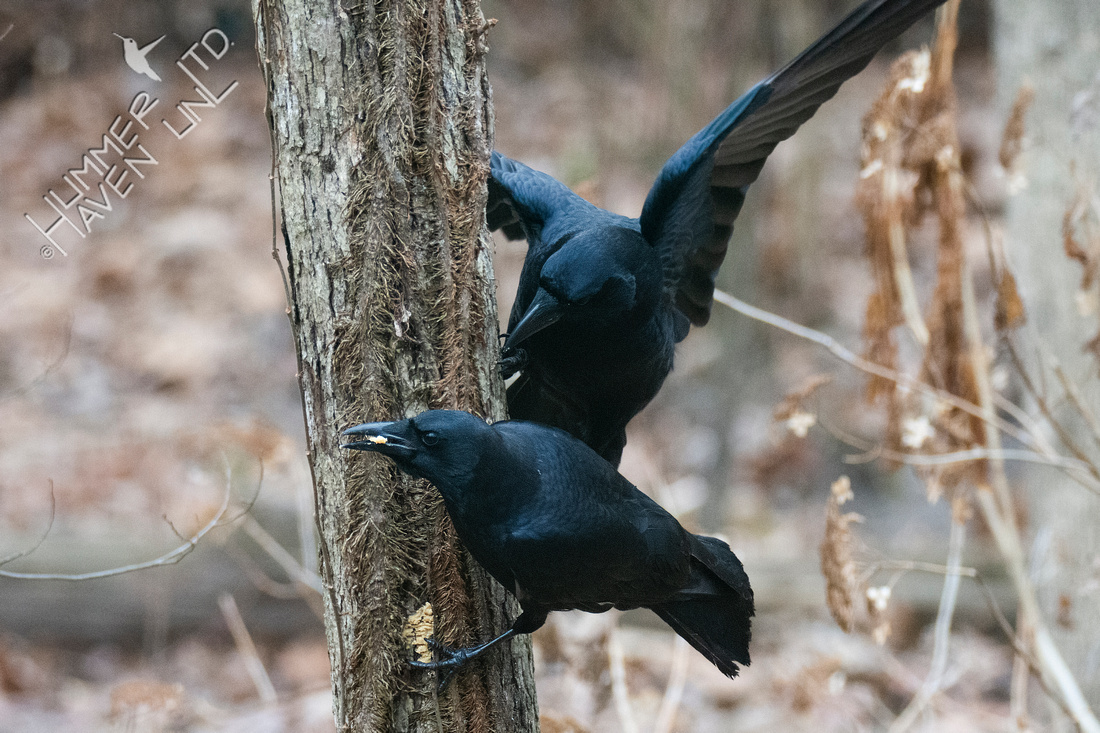 May I introduce my new BFF? 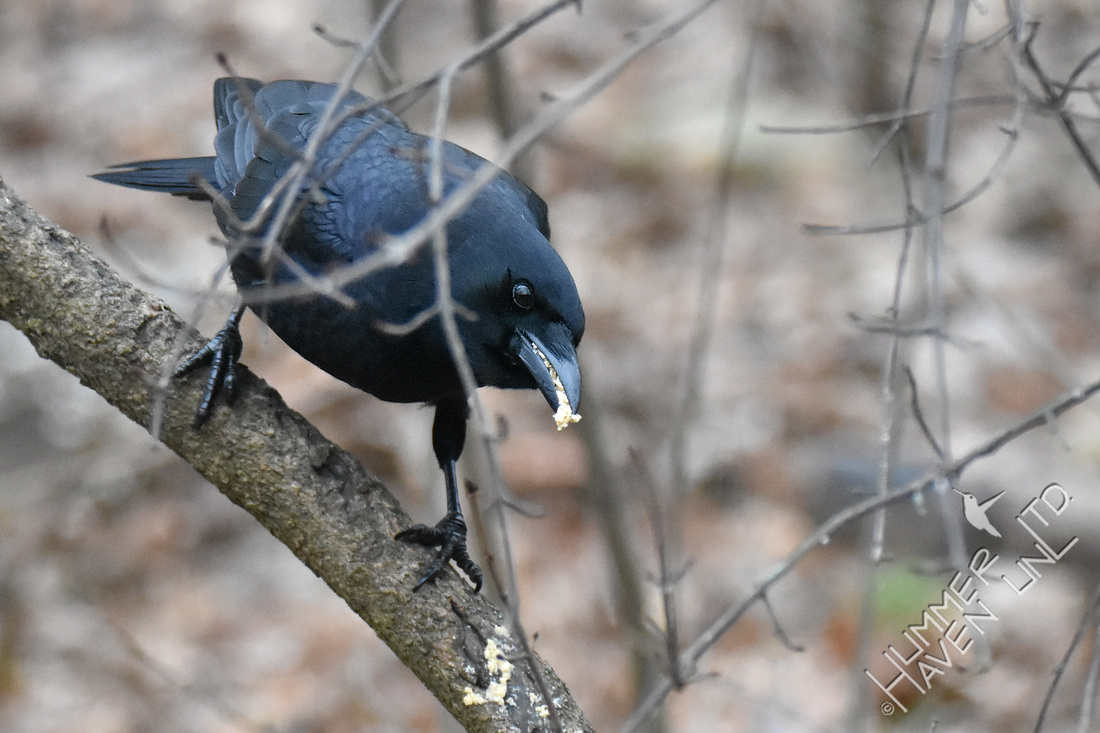 I re-learned my lesson and only put it out on a couple trees near the deck. They aren't so sure about coming in that close. So far, so good. This Dark-eyed Junco took advantage of the situation before getting some water. 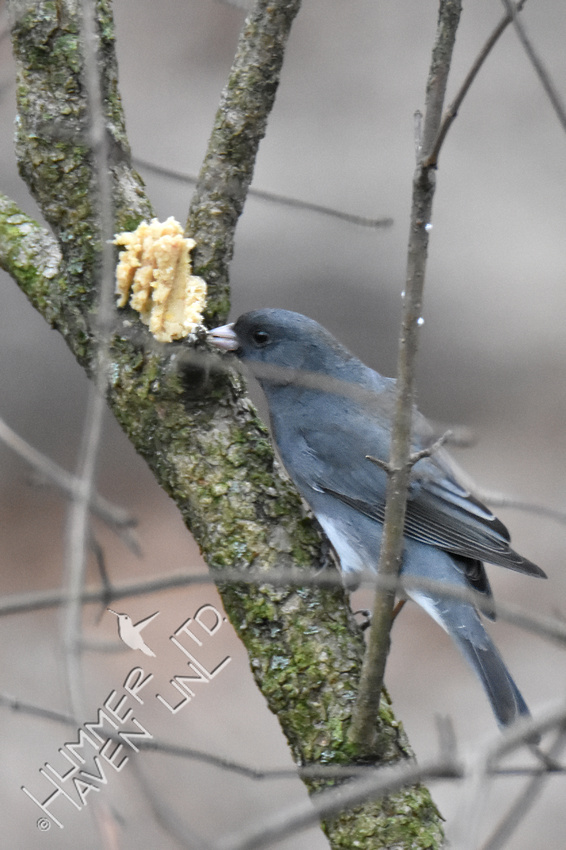 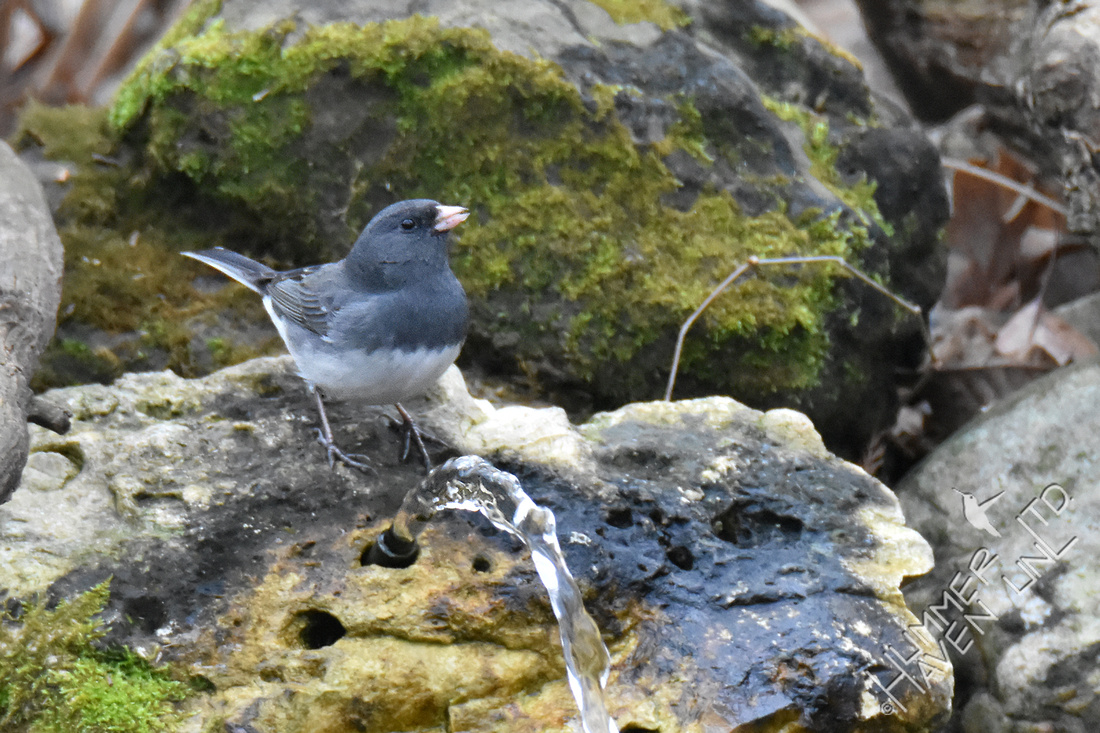 A couple Eurasian Tree Sparrows were seen on 1-4-20. 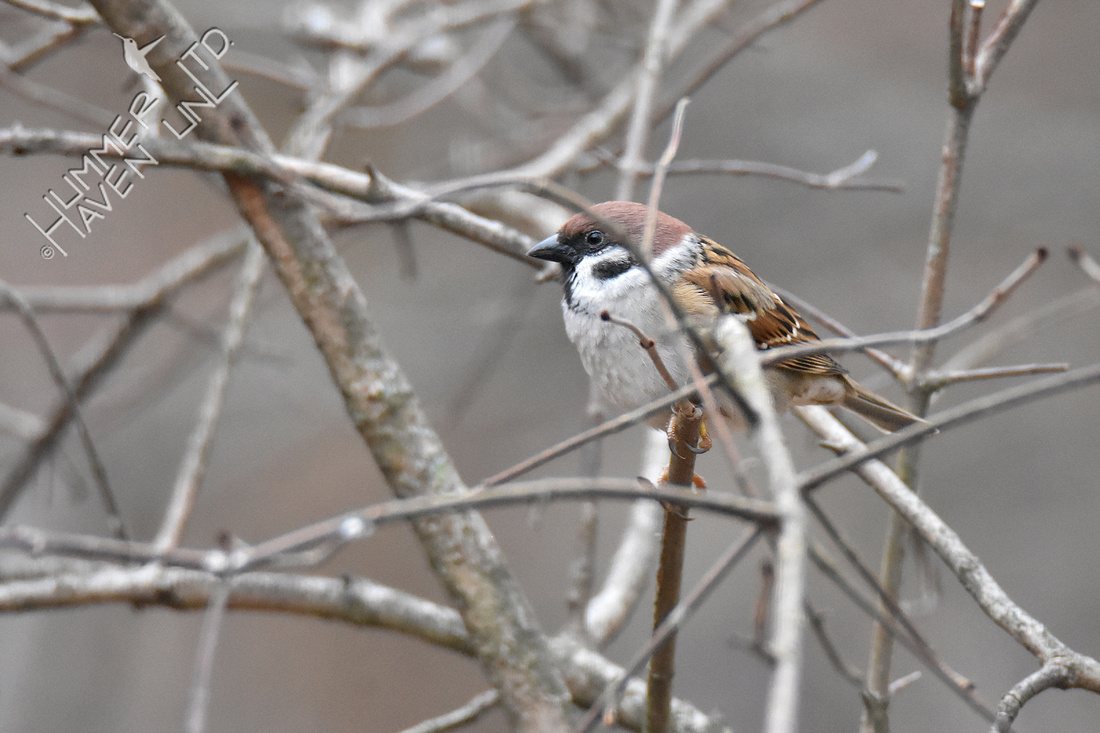 On Sunday, 1-5-20, I was able to get photos of the two Brown Creepers that have been coming in every day. Yes, they look virtually identical but it was a mild day and it was fun to be outside watching them chase each other in hide-and-seek fashion around this small oak. 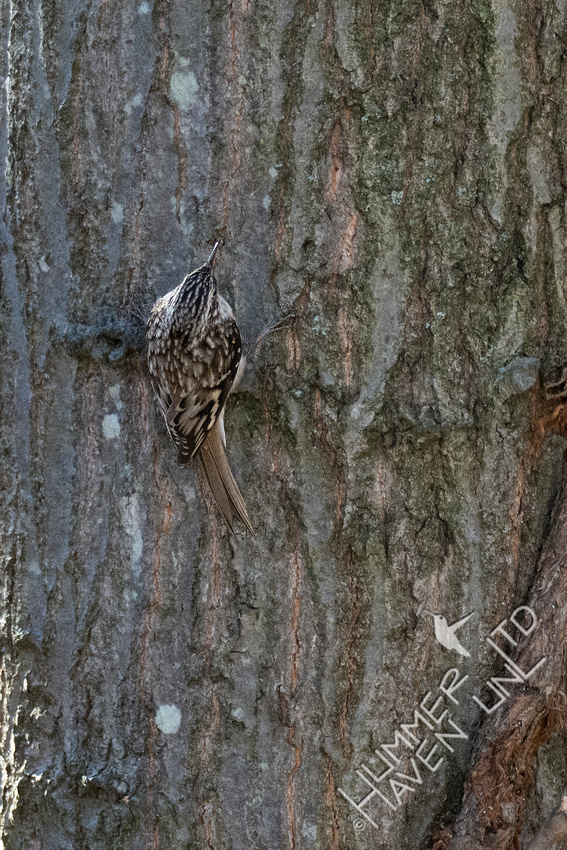 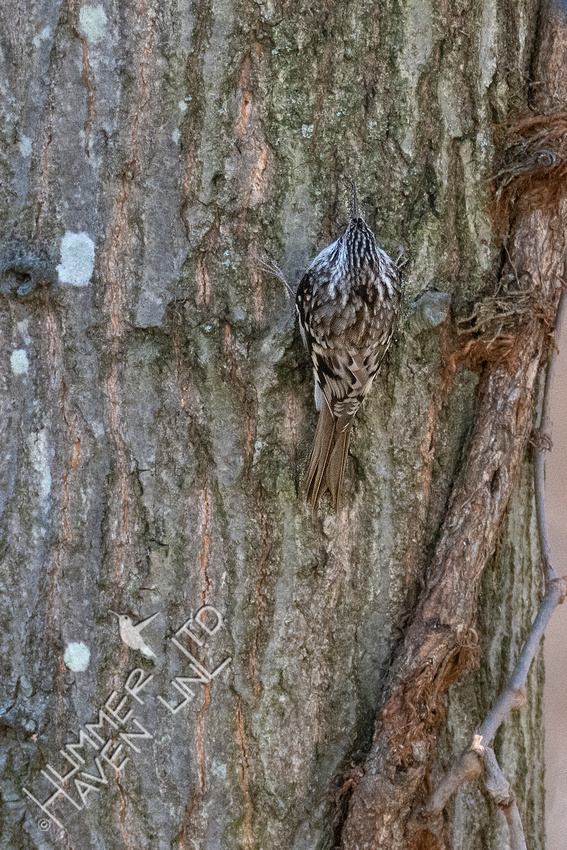 White-breasted Nuthatches, dressed in their tuxedoes, will go after the small sunflower chips in the finch feeders. Often, they chase off the American Goldfinches. The finches just swirl off to a branch and wait their turn again. Some of them are beginning to don bright yellow feathers. 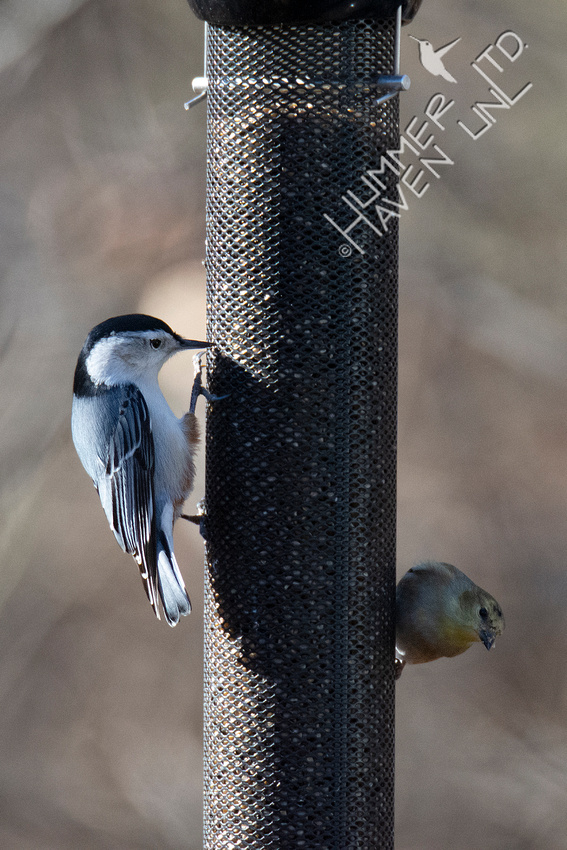 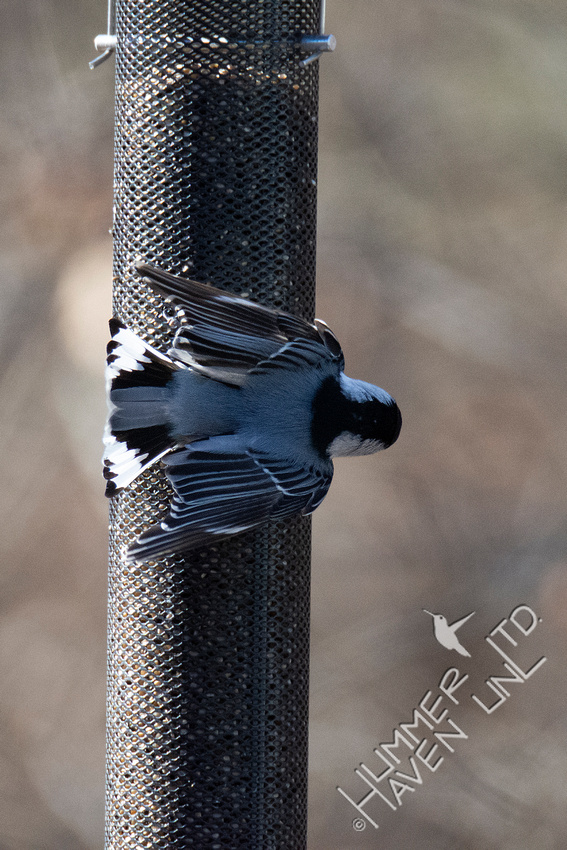 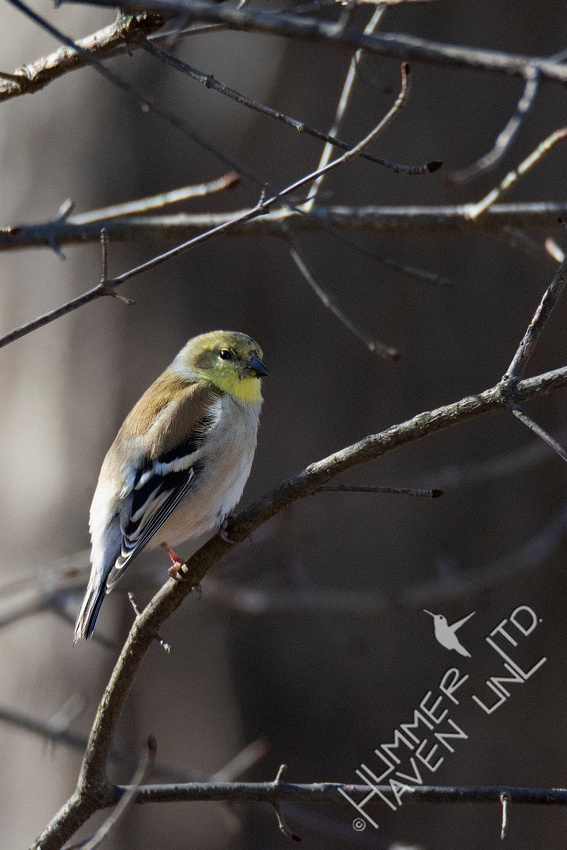 Red-winged Blackbirds were still in the neighborhood and showed up on Monday, 1-6-20. At least I won't be holding my breath to get them again on the very last day of the year! They came in with a large flock of Common Grackles and European Starlings. One of the males went to the feeder and the starlings splashed away. 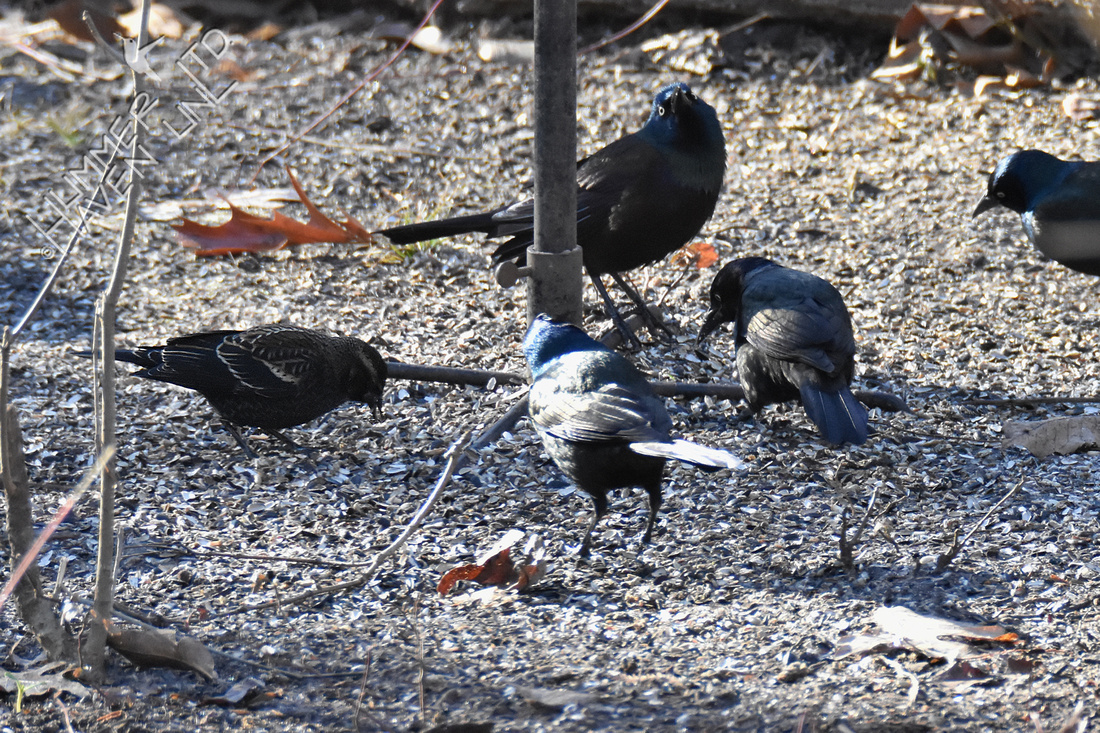 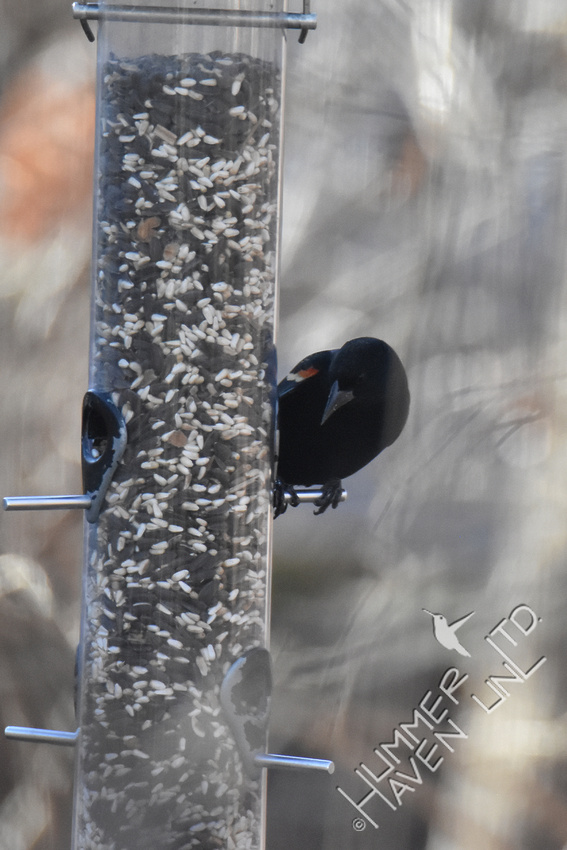 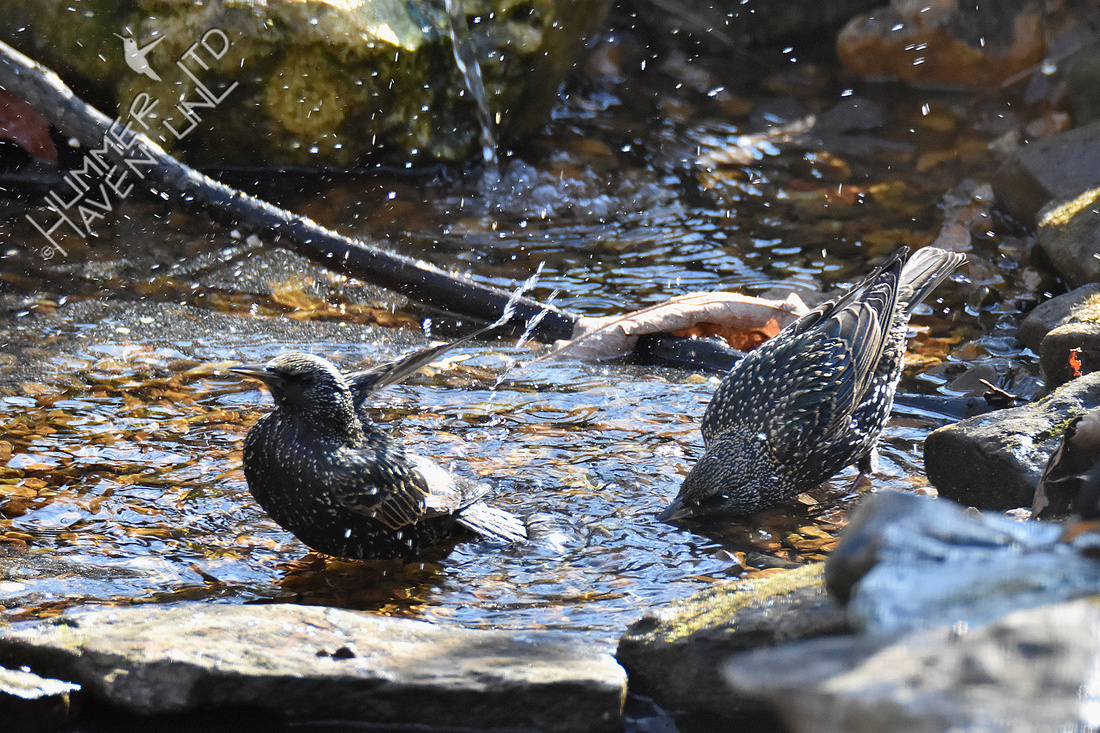 The Bubbler began to see a lot of action with the blackbird flock that came in. The next day, this Northern Cardinal had a turn before a flock of at least 60-80 American Robins showed up. The robins just kept coming, rotating in and dominating the bubbler from 10 am -3 pm. 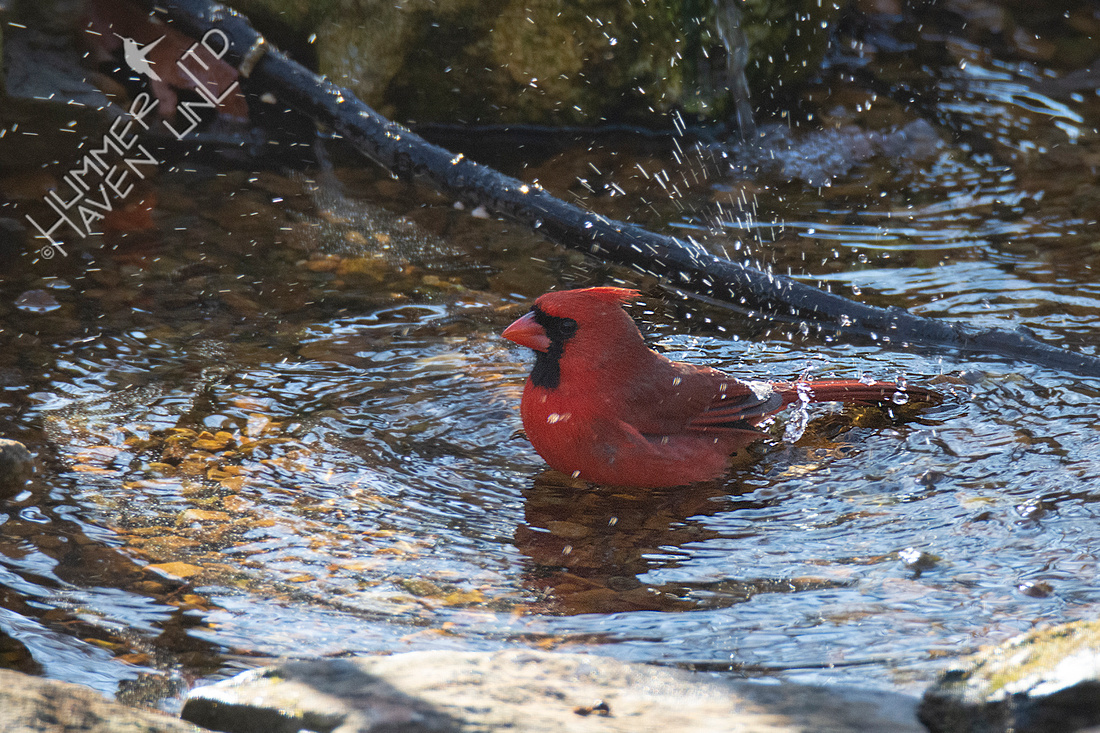 There were two Cedar Waxwings that really wanted part of the action. One was adamant, and stood up to the larger robin. If that waxwing was trying to impress a female, I think the bird succeeded! It gave the robin what-for as it held its ground. 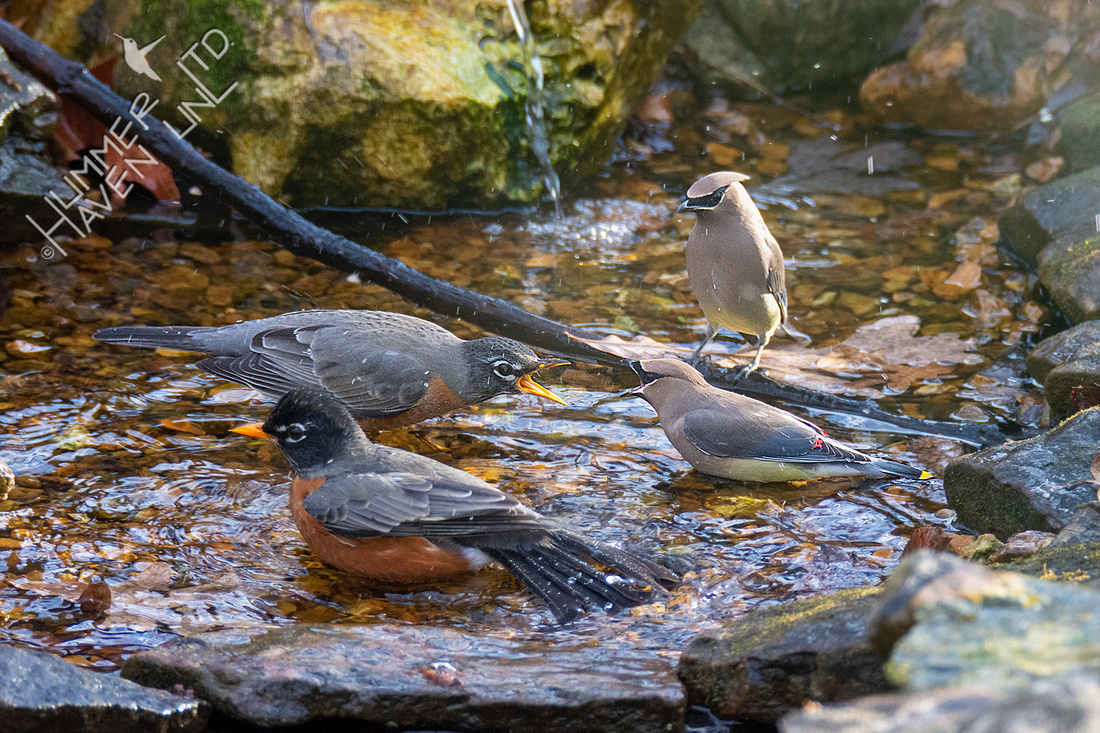 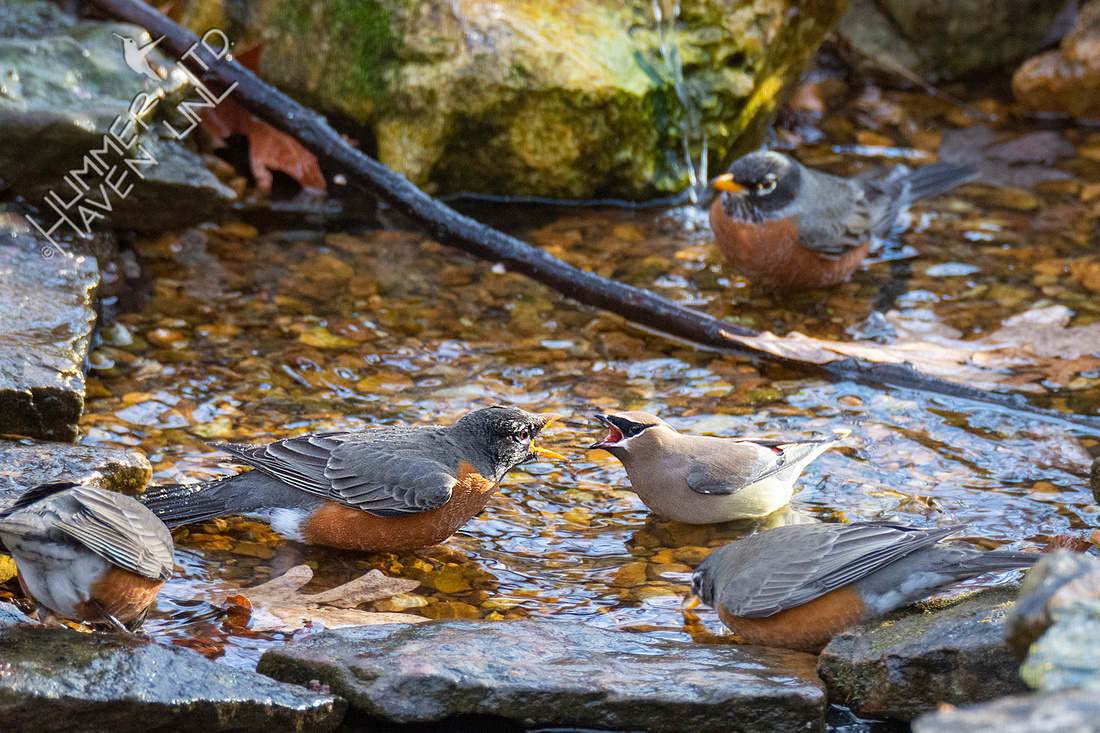 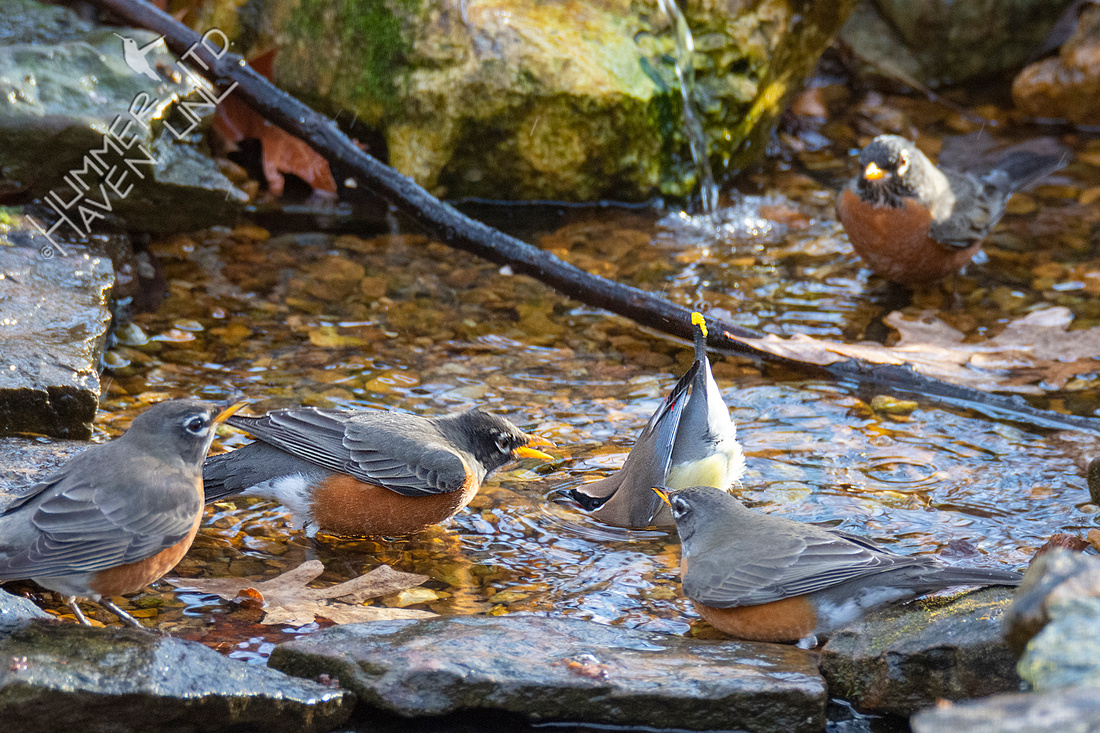 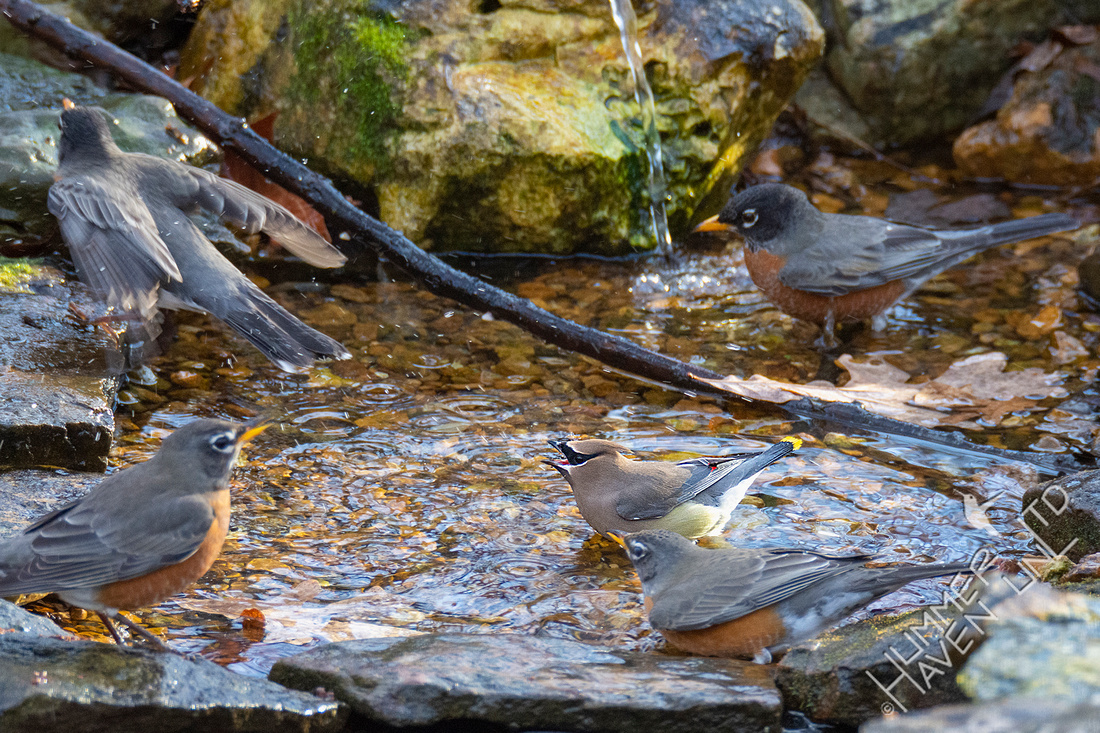 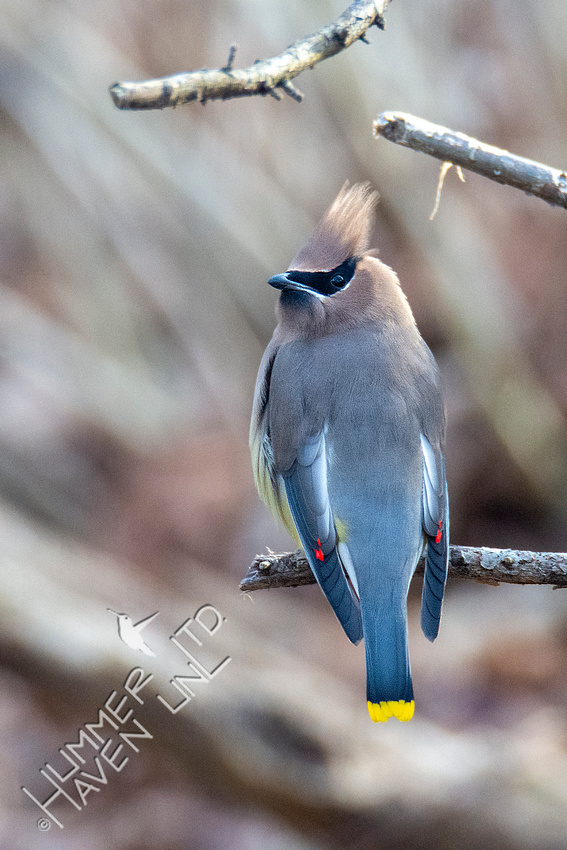 We have been having our share of technical challenges lately. The Bubbler Cam has effectively given up the ghost, but we did manage to catch a fox on it again on the evening of 1-6-20 with these two clips.

The big rainstorm began on Thursday afternoon, 1-9-20. On Friday, for our FOY (first of year) Bird Species #30, a Sharp-shinned Hawk flew in, just an hour after we replaced the Bubbler Cam with the other one to try it out. (Watch the lower right corner.) This bird didn't stick around long and it had chased all the other birds into cover. It was one wet, bedraggled looking bird. I watched it as it flew out of the yard.

The rain event has totaled 5.25" here since Thursday, when it started. Snow showers have now begun!

We've gained 12 minutes of daylight, but that's sure hard to appreciate on such a dismal day.