We returned from a nice family reunion last weekend and have been catching up ever since. The weather station has recorded over 8 inches of rain this week. That moisture has given us opportunity to do some weeding, etc. It is looking like Fall out there. Leaves are changing, spiders are spinning. 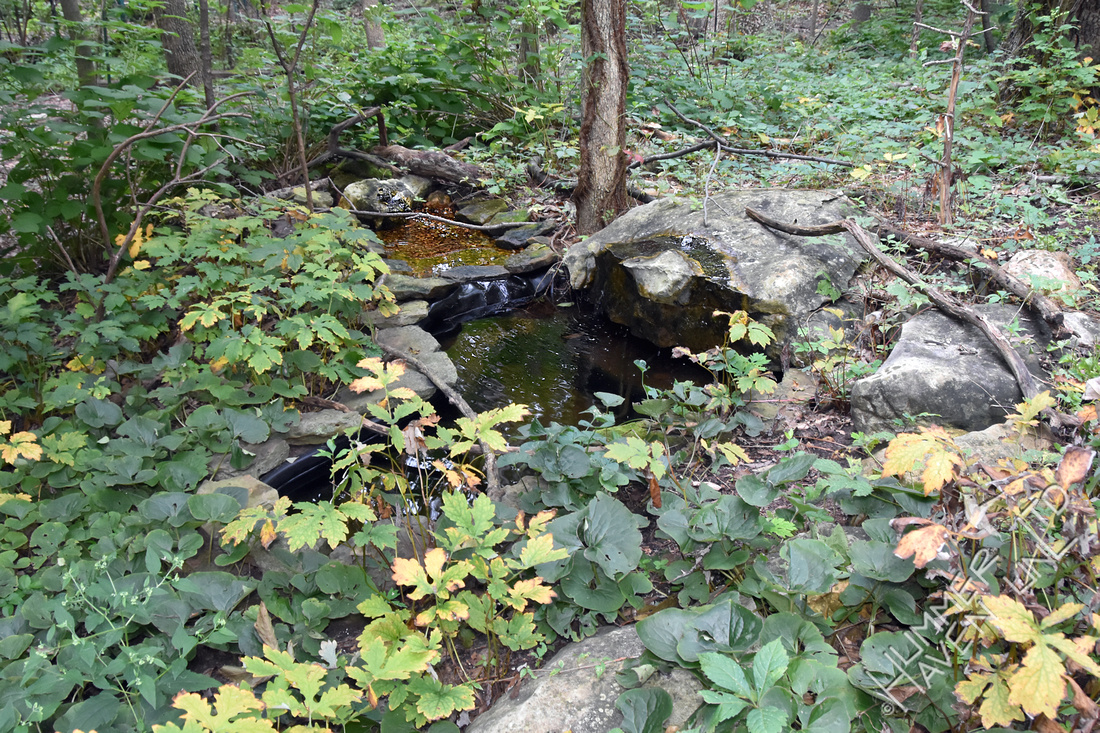 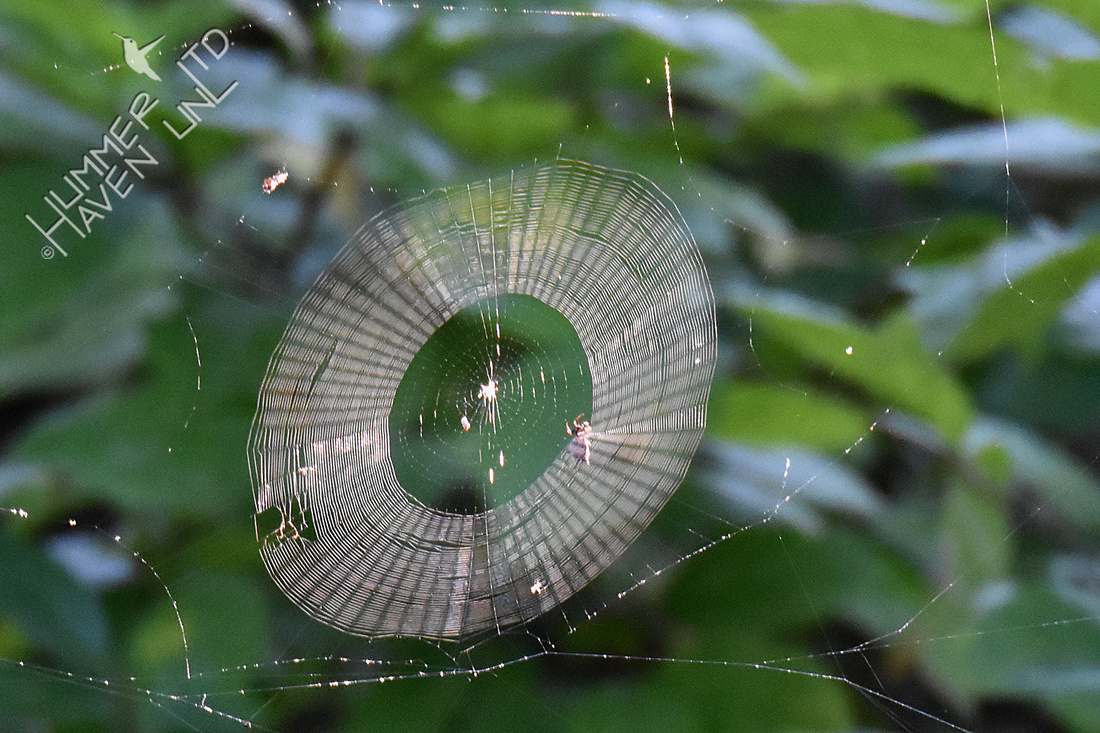 The garden is still busy with visiting pollinators. An Eastern Tiger Swallowtail was on the sweet coneflowers (Rudbeckia submentosum), skippers were busy on the Ironweed (Vernonia arkansana), and a bumblebee visited a purple coneflower (Echinacea purpurea). 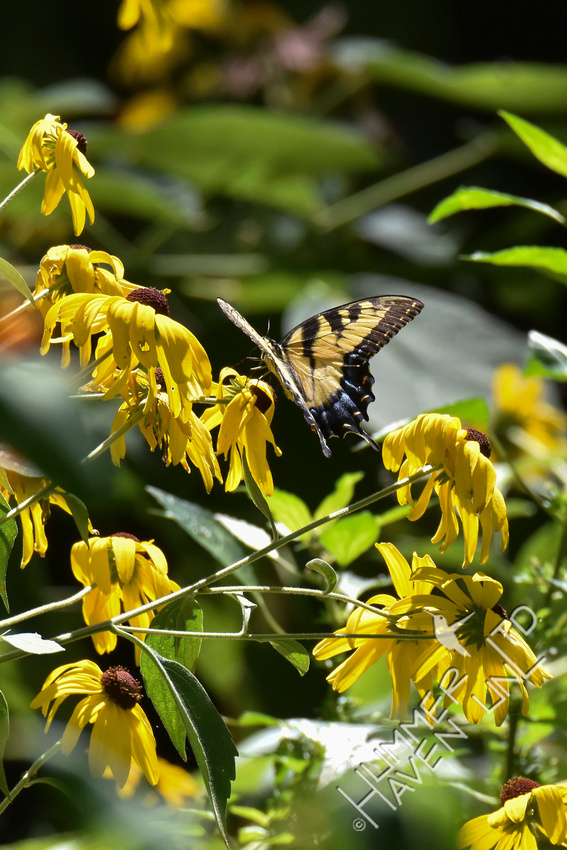 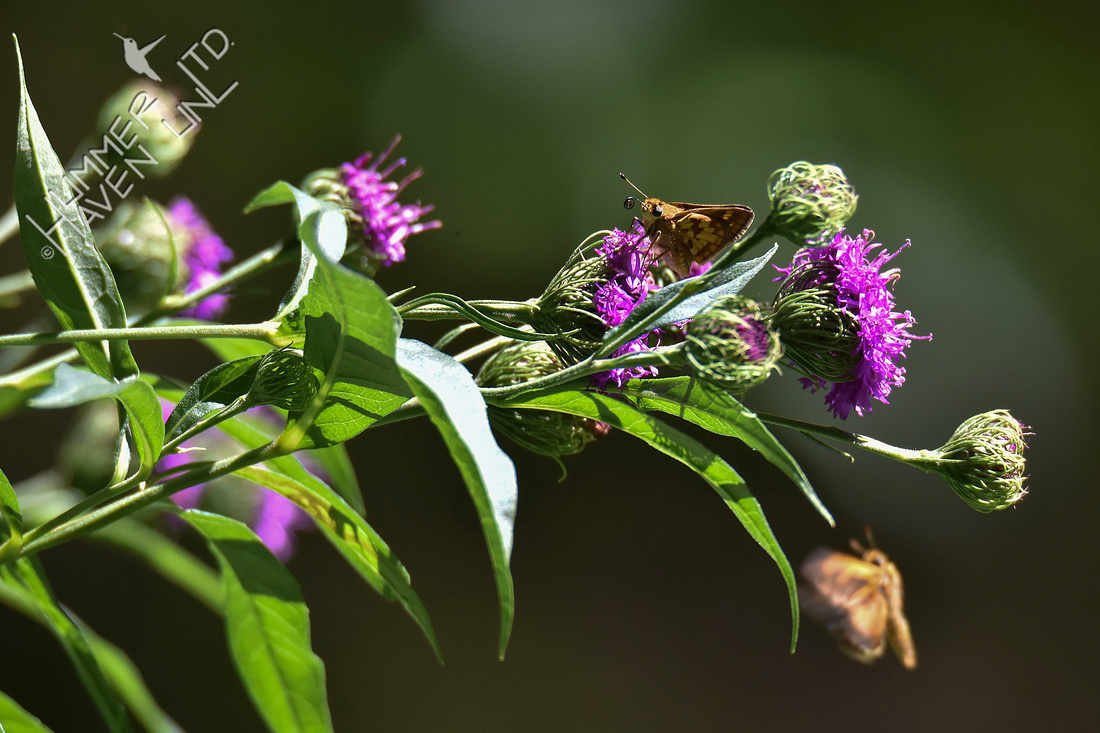 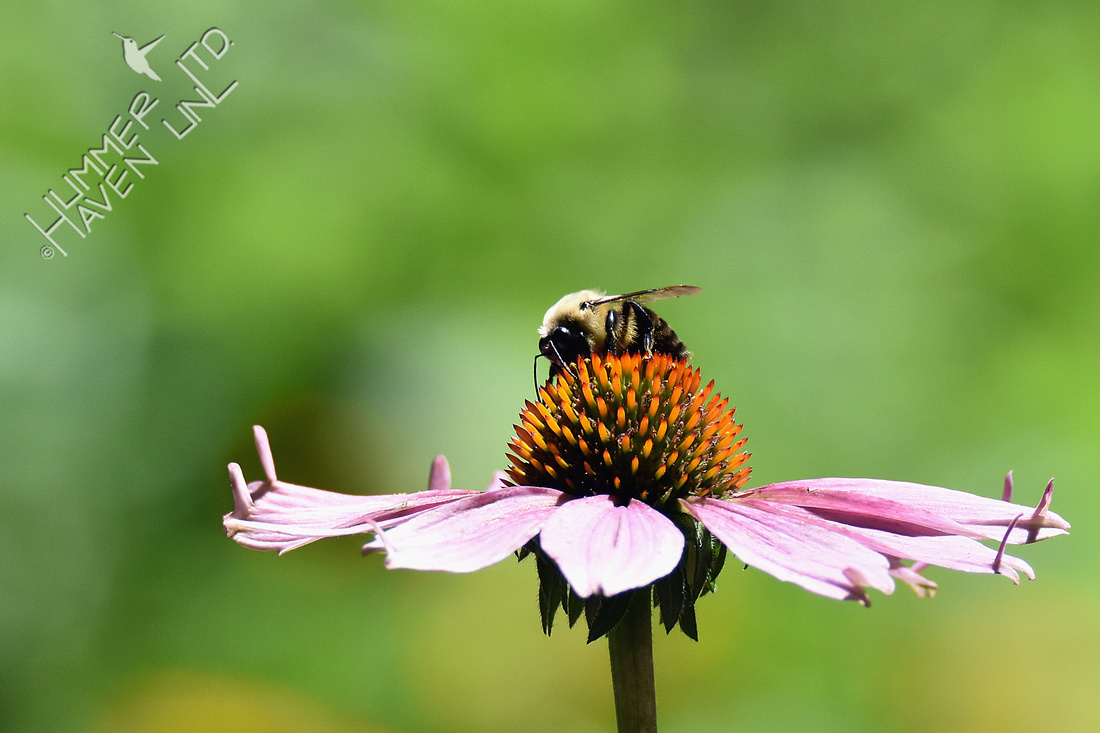 While I was watching for bubbler activity, an annual cicada landed on the cedar perch and an unknown fly species on a different branch. Sometimes, it's just fun to watch the cast of characters that live here. 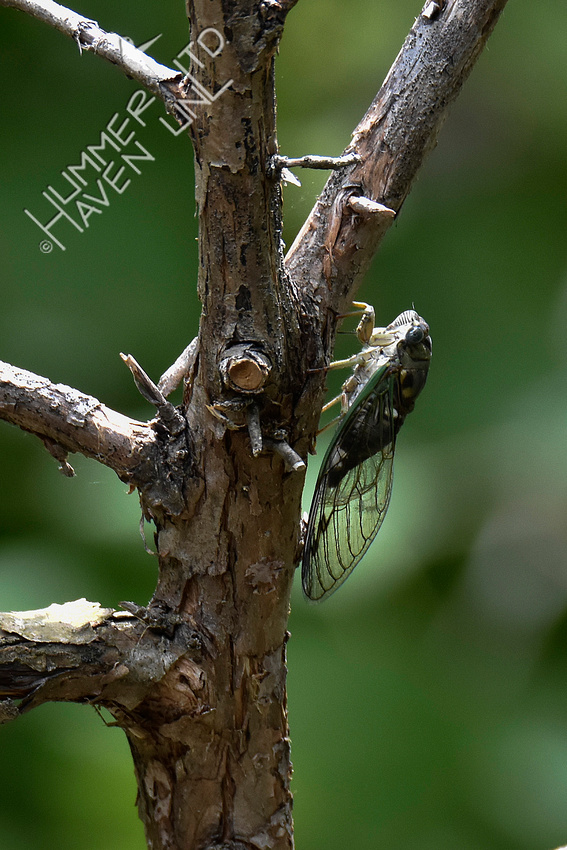 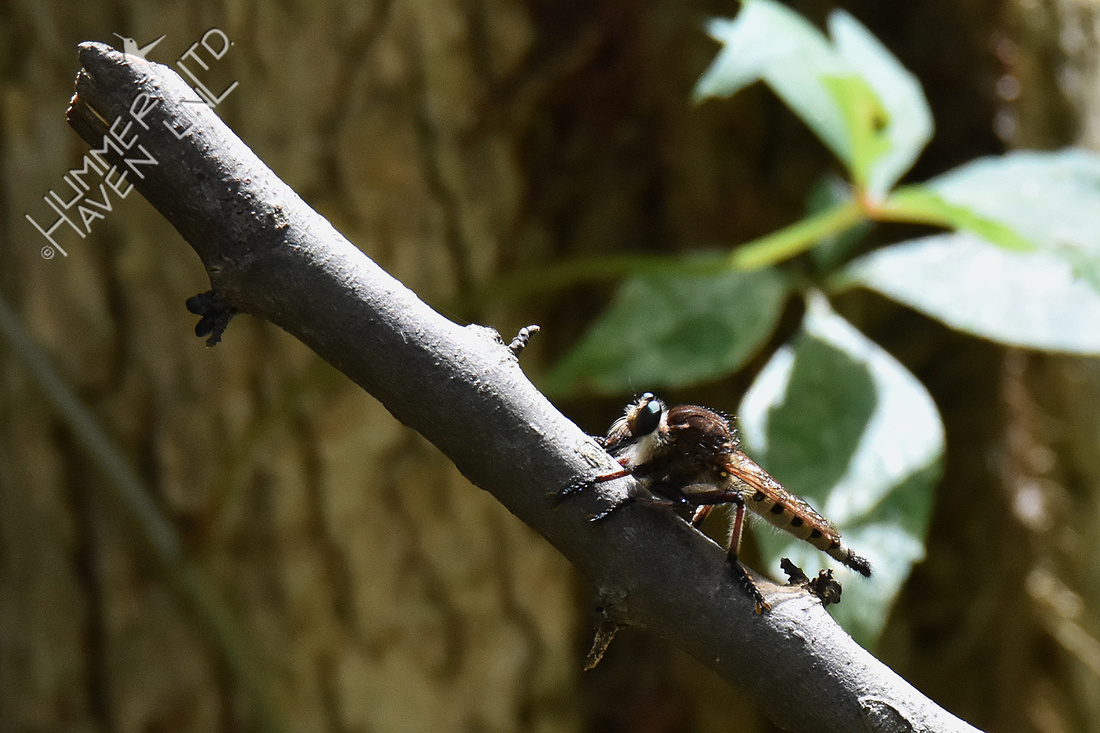 The Bubbler Cam is recording, too. Earlier in August, we were surprised was to find that a slim coyote had been in the area. A couple nights later, a small opossum trundled through. The white-tailed does decided to browse on the Virginia creeper (Parthenocissus quinquefolia) one afternoon.

As in many gardens, the Ruby-throated Hummingbirds are at flowers and feeders. They're tanking up for the big trip south. We'll see three around a feeder for a brief nanosecond before they're off again, chasing each other. A Chickadee was seen sipping from the dripper, while the Carolina Wrens like to get in the bubbler for their water fun, then sunbathe on the deck. 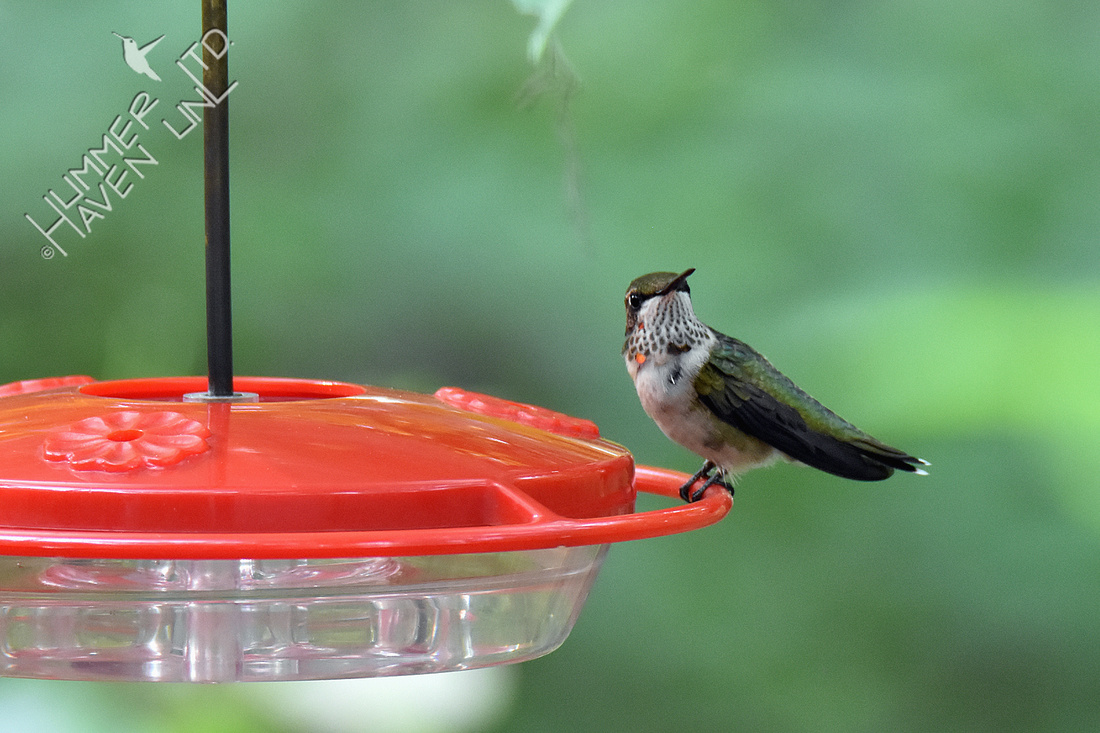 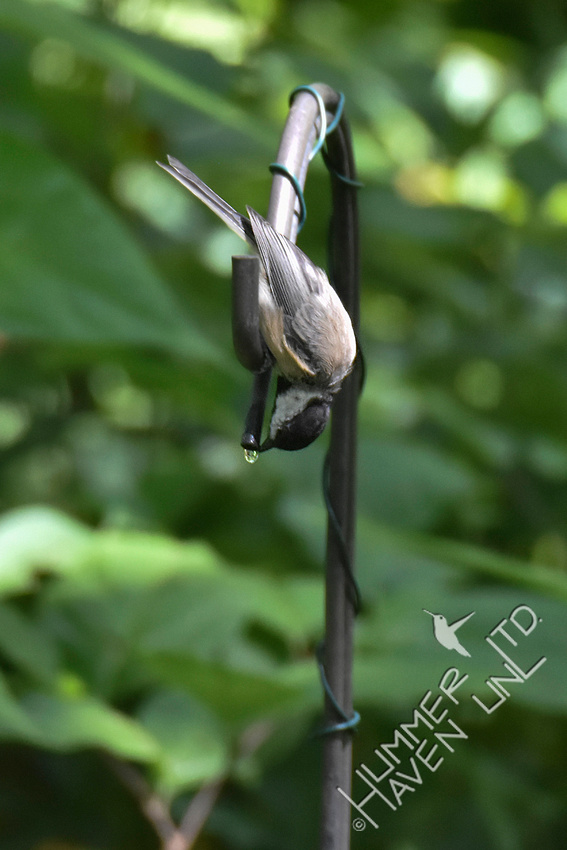 8-14-19 Carolina Chickadee drinks from the dripper 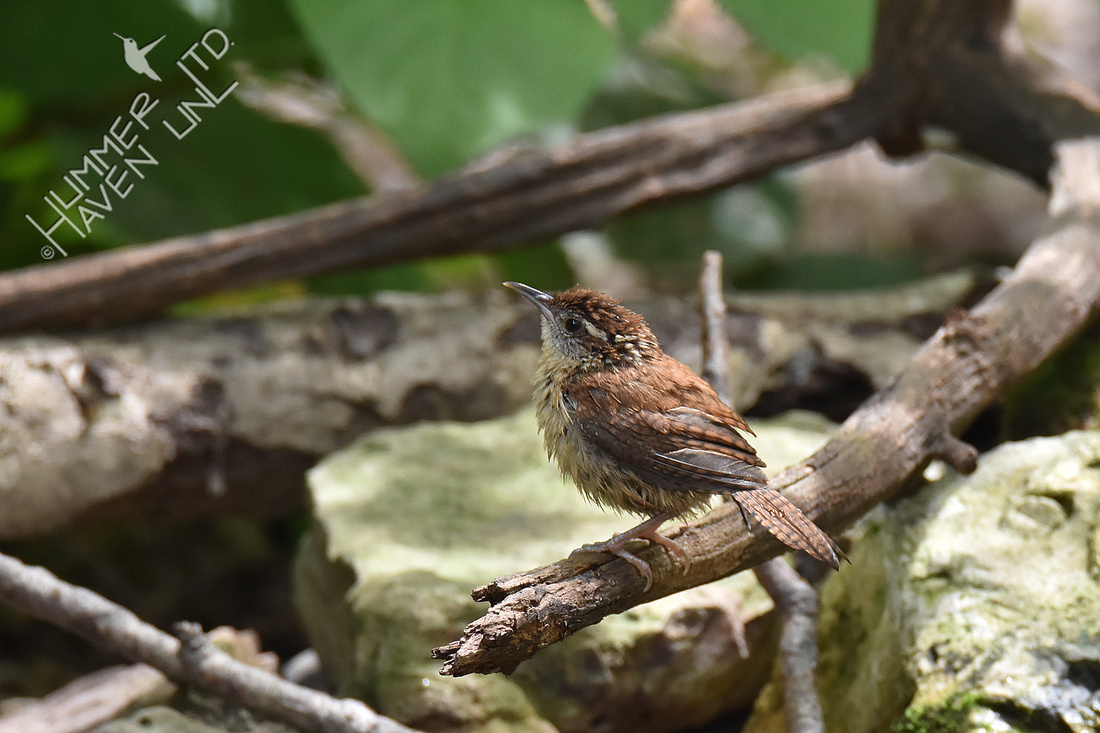 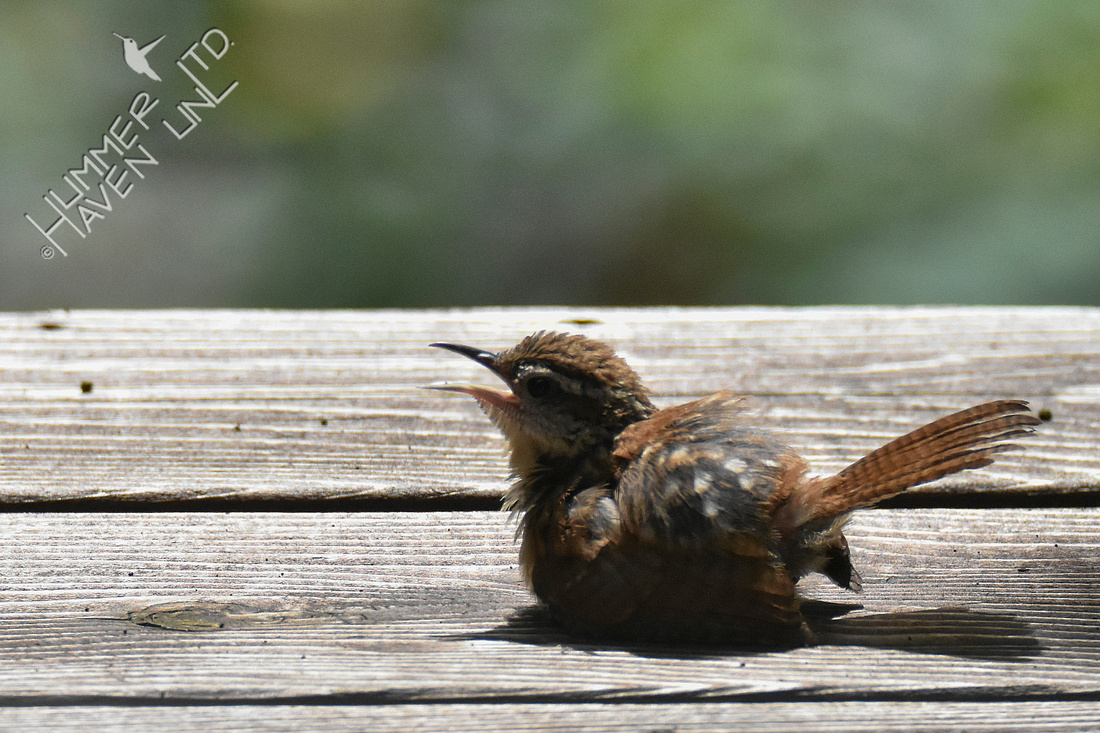 The Barred Owls are still coming in to hunt or rest. If we don't see them actually fly in, they can be tricky to spot. The birds usually find them for us and their alarm calls are a reliable indicator. 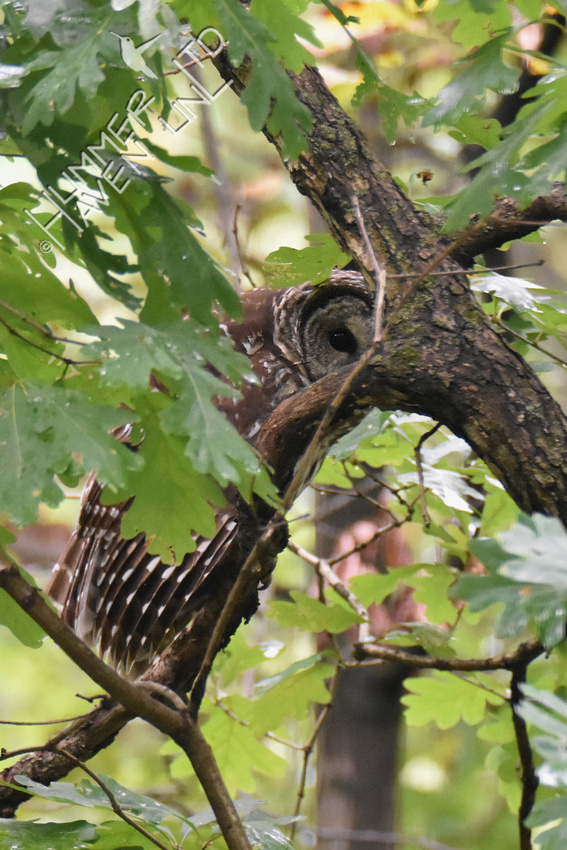 My first two migrants were seen this week. The first was an Empidonax flycatcher, an Acadian, I believe because it looked so greenish. Got good looks but no photo on that bird. The second was this Red-eyed Vireo, got better looks and this one photo. It's time to get back in the saddle! The next cool front may bring in some more migrants. 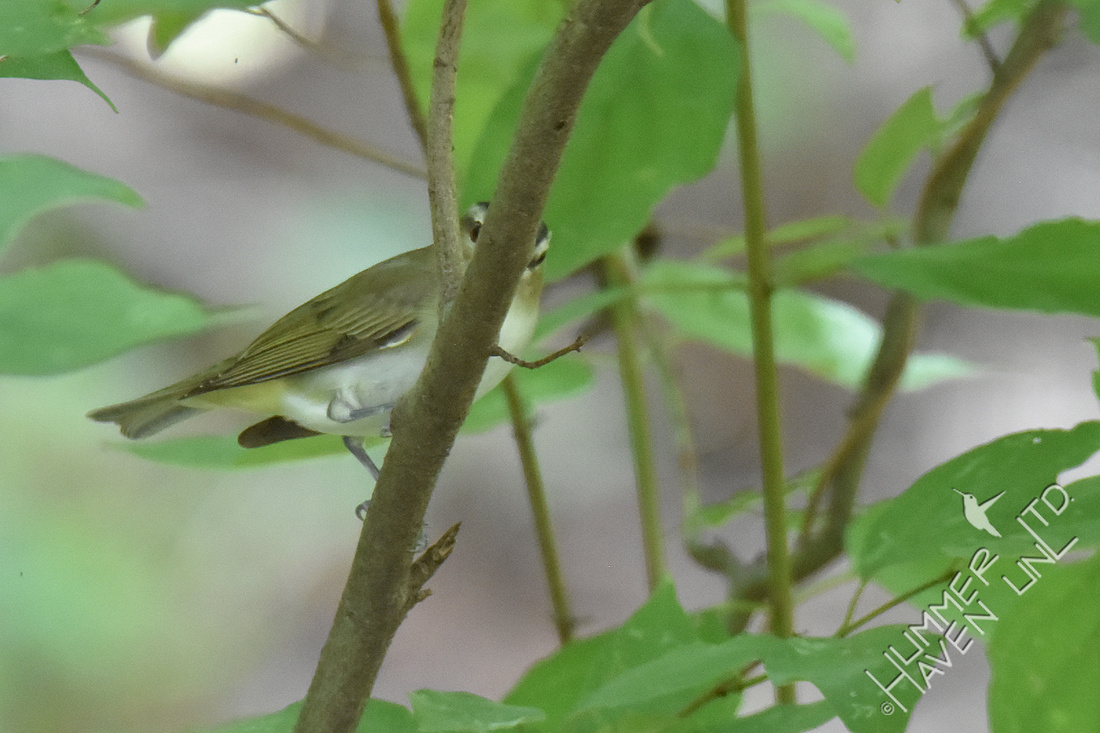 The Bubbler is ready and waiting! However, with all the rain, there are puddles elsewhere. We'll just have to wait and see what happens. Fall migration is upon us! 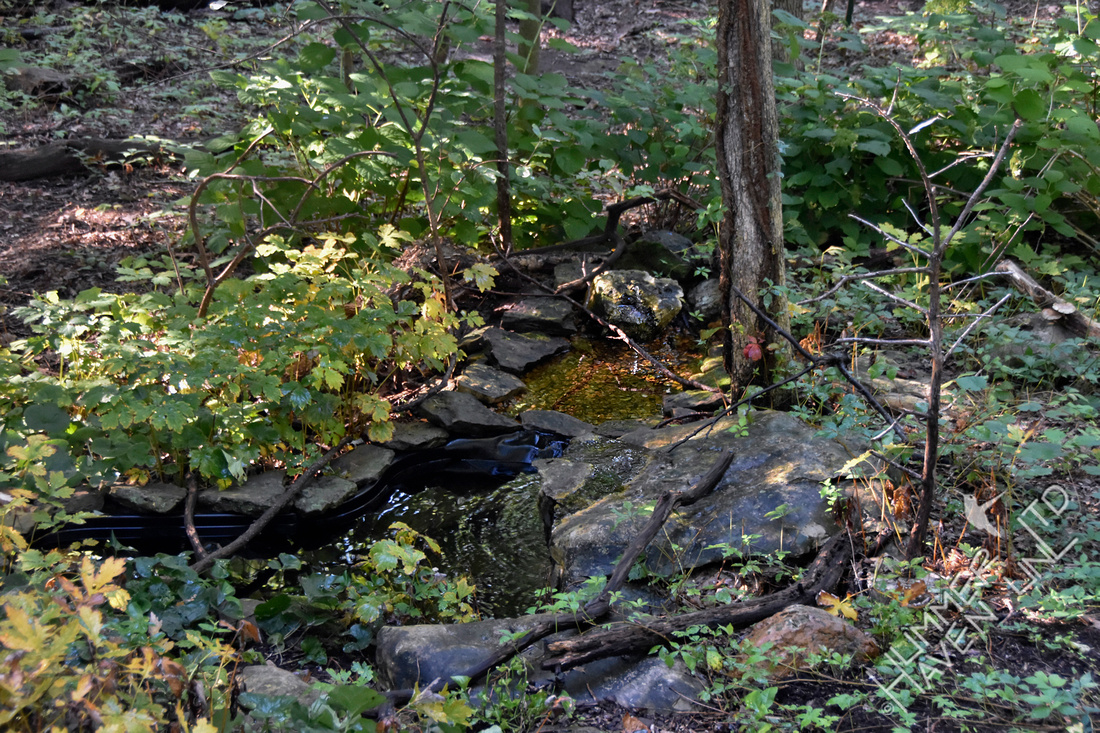