Boy, it's a gray day today, although we've had some sunny, welcome ones to bask in lately. On 11-18-19, I was a bit surprised to see 3 male Northern Flickers. One had flown up into a snag when I was able to catch these two displaying to each other. What big-time showoffs! 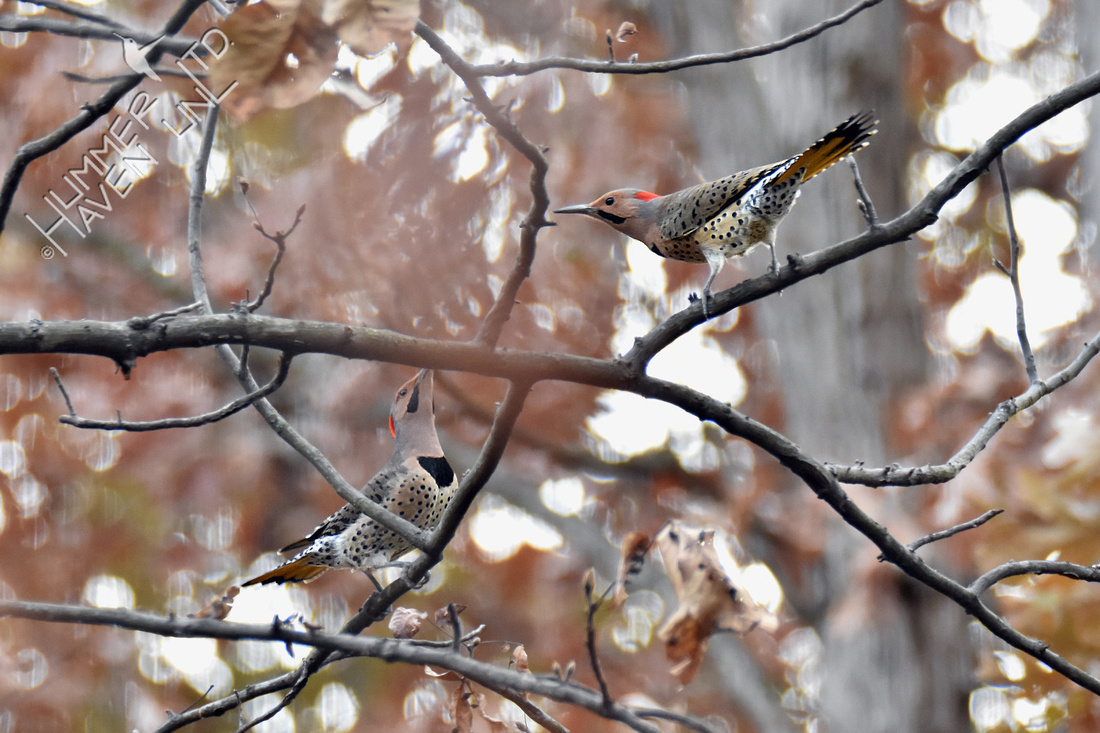 It was a nice enough day to be outside for a while, and this Carolina Chickadee rested a moment in the Sugar Maple (Acer saccharum) overhanging the pond. 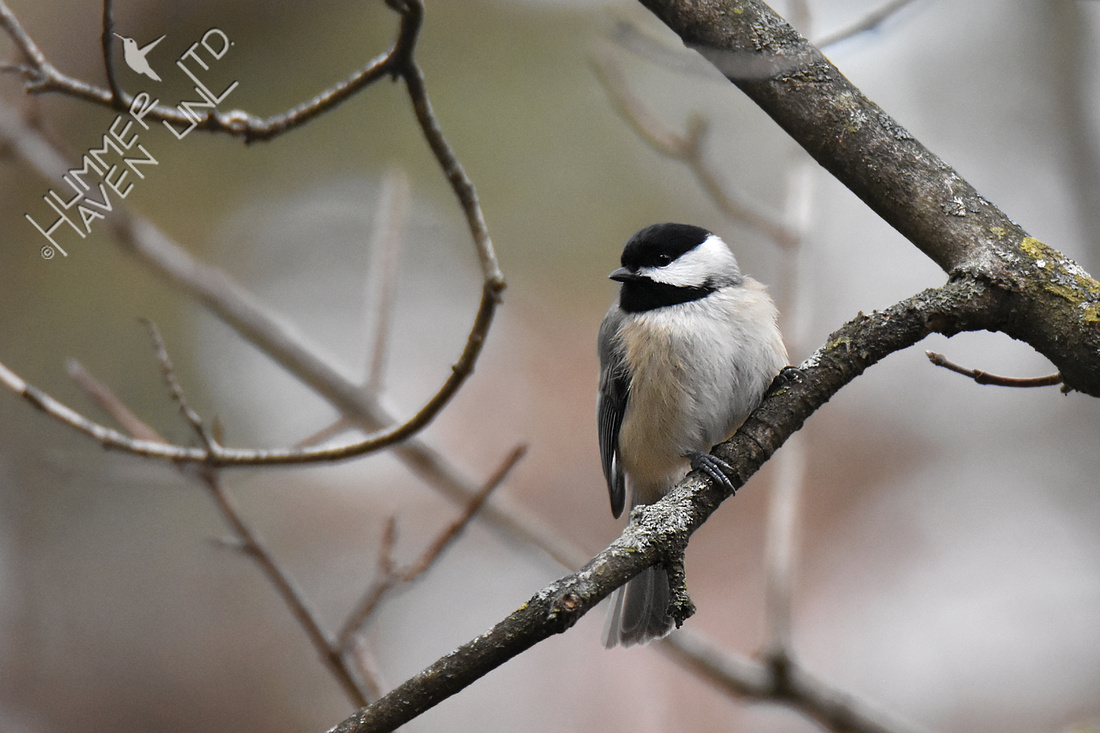 A few days later, a large flock of robins came in, mobbing the stream bed. There may have been 60 or more, but they left very quickly. 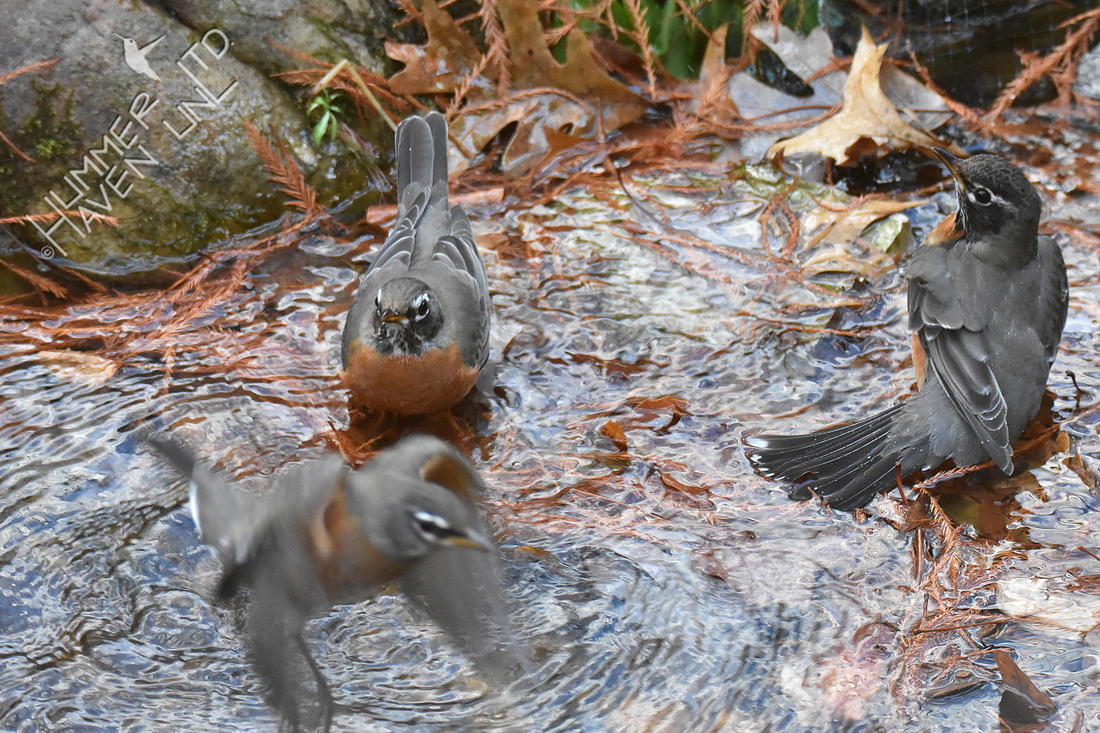 At the same time, a Red-bellied Woodpecker investigated the Sugar Maple closest to the pond. 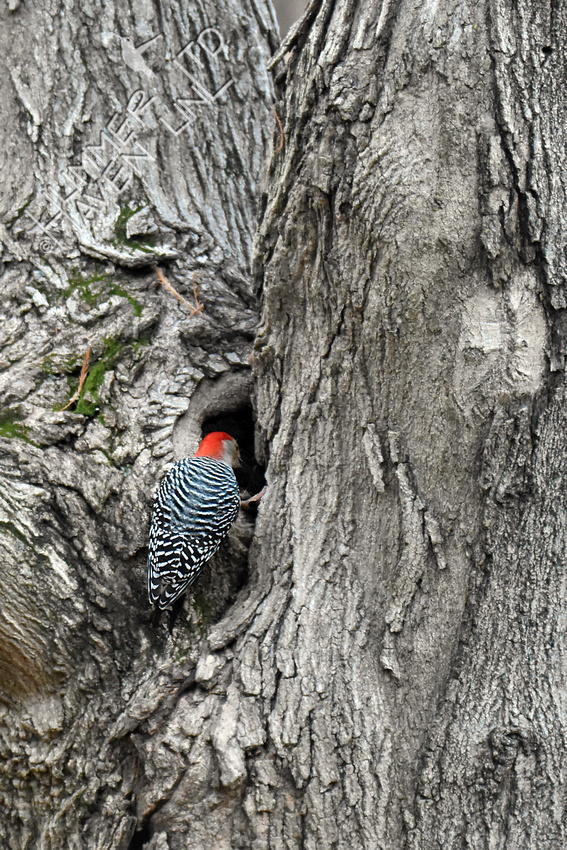 At first glance, you might think this is the same bird. However, this is a Northern Flicker, checking the base of an adjacent Sugar Maple. Both birds were looking for insects. The flicker's red patch is heart-shaped. 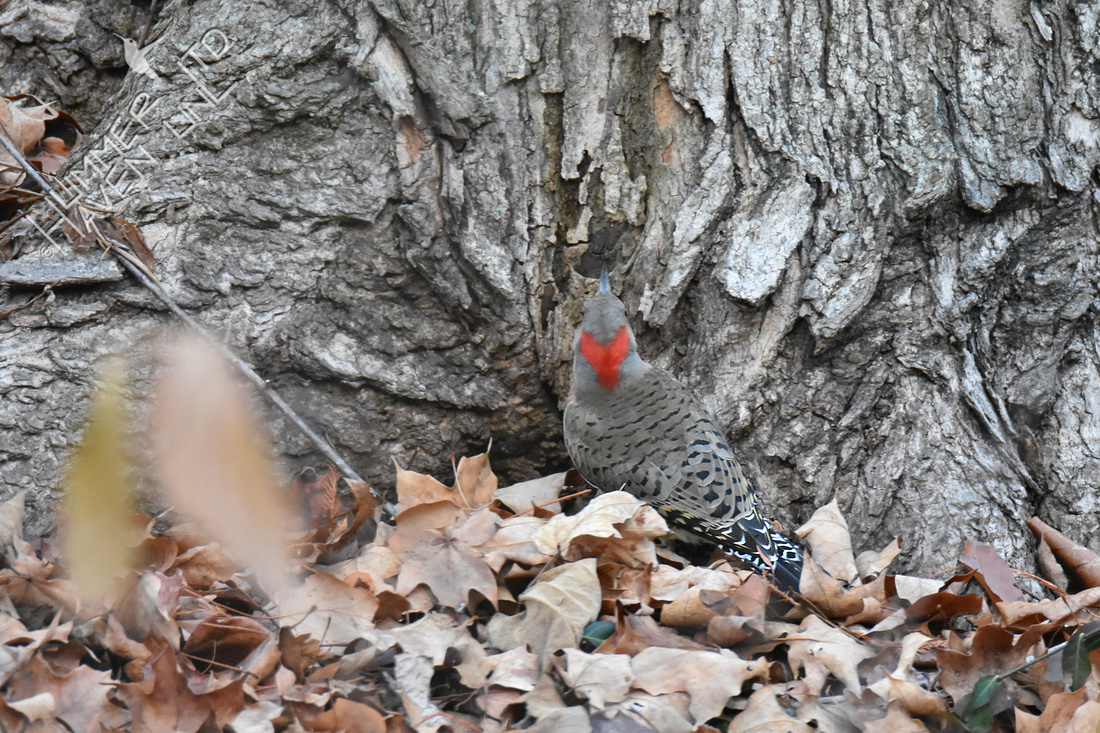 Dark-eyed Juncos have been around, they're a common winter resident in Missouri, There are six subspecies and one is called the "Oregon" group. Individuals are seen routinely in small numbers throughout the state during winter. This may be one of those, with the rusty-buff colored sides. The more common "slate-colored" is shown in the second photo. 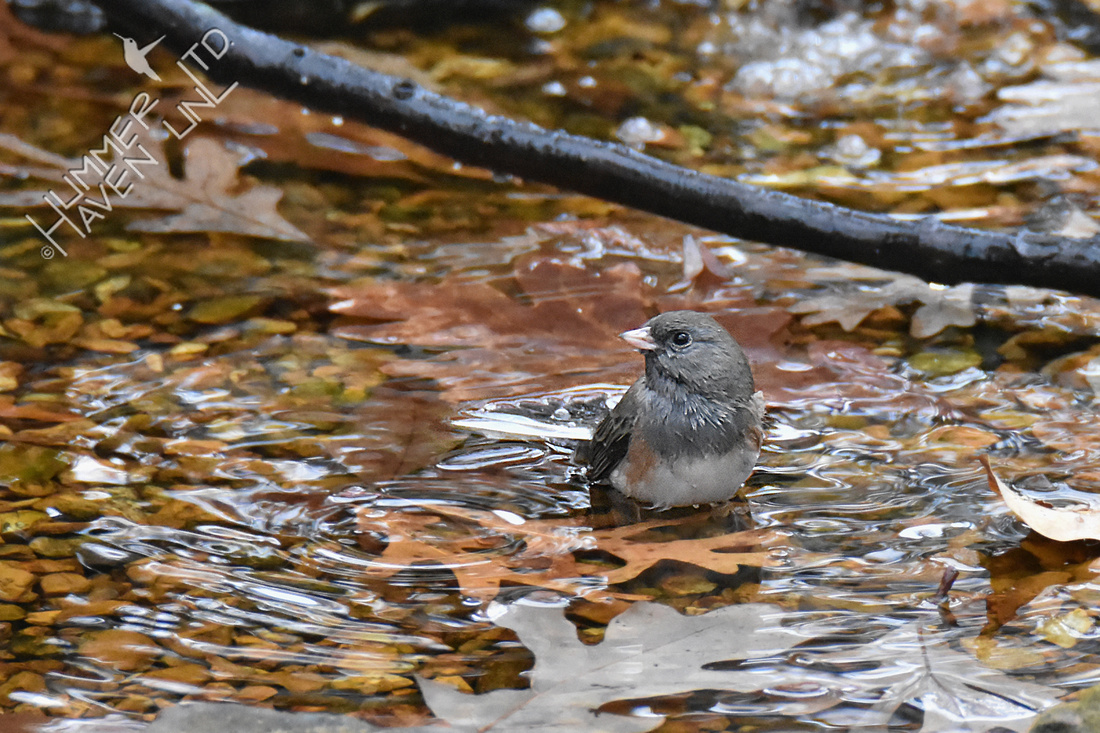 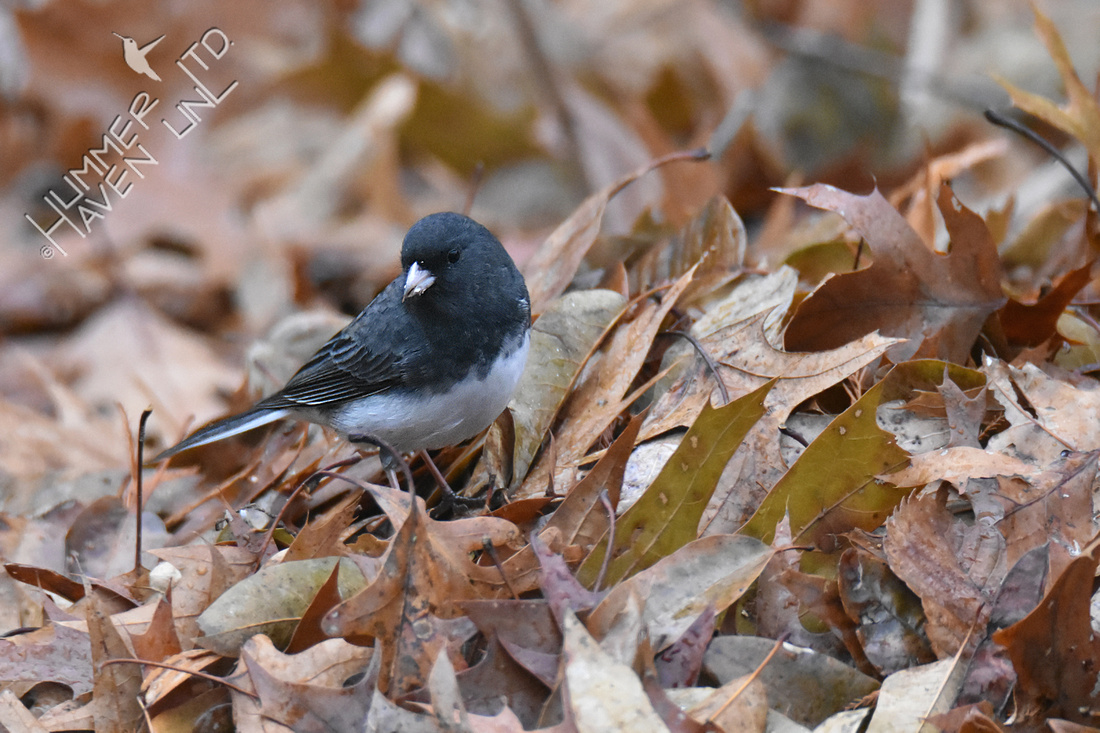 Details, details! Curious about the Dark-eyed Junco subspecies? You can look at some of the many intergrades on this page:

The only 'new' species to be photographed since the last post is the Yellow-bellied Sapsucker. Two were seen 12-1-19 and they were both females. The second bird looks like a first-year bird. It's a bit scruffier and doesn't have as much yellow on its belly. 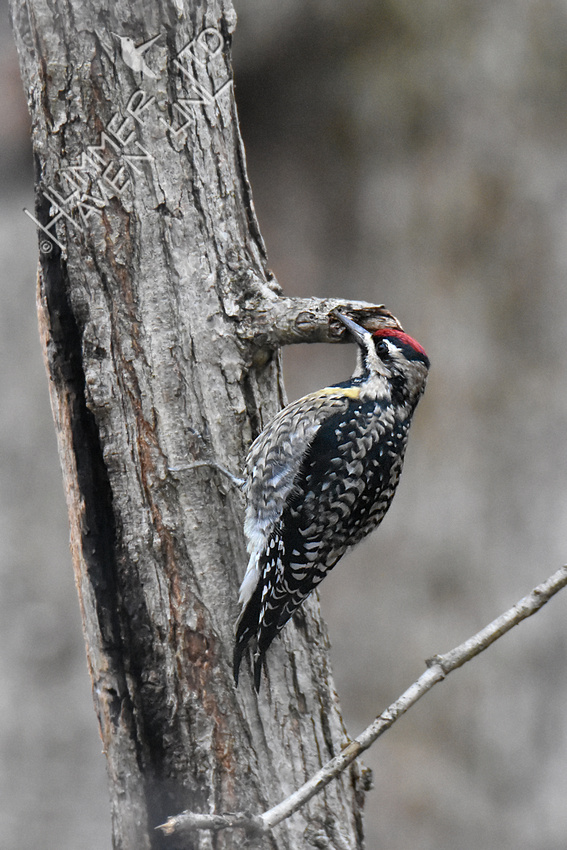 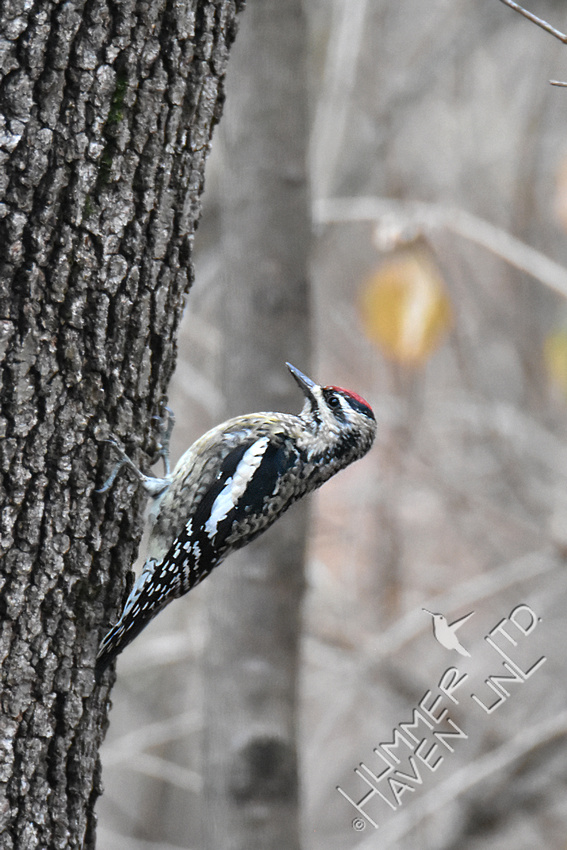 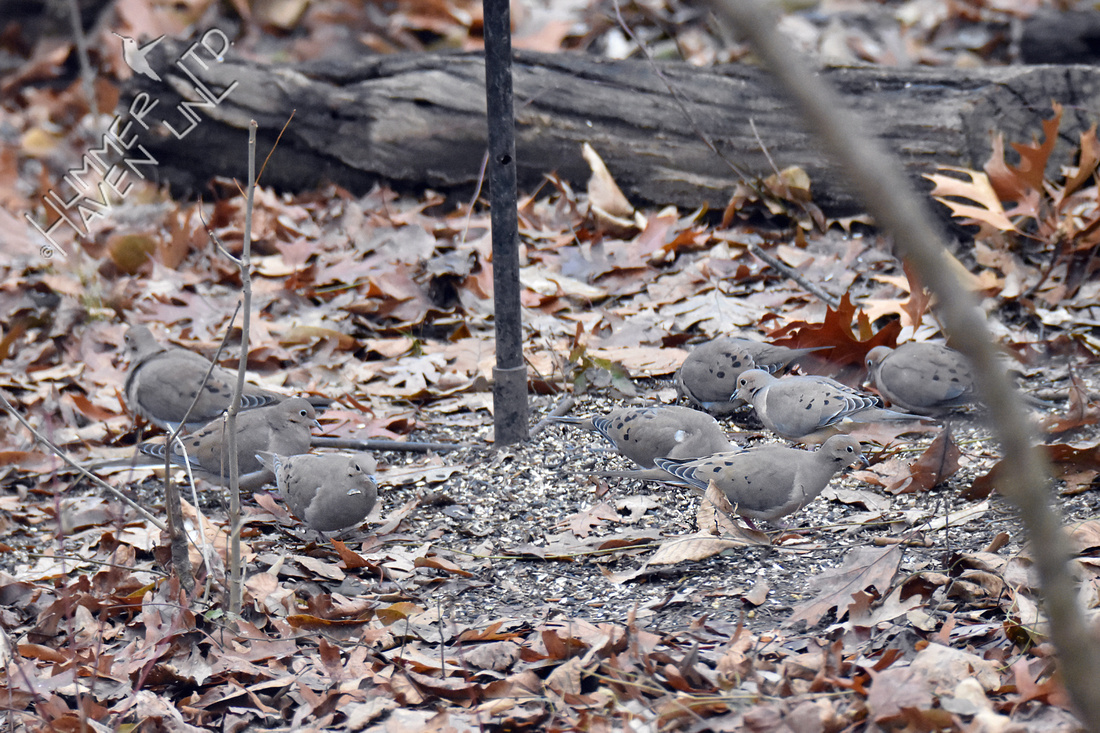 House Finches do come in to drink and take seeds from the feeders. The large flock of robins came back on 12-6-19. That day, I estimated 40-50. Again, they swirled away as word spread about a possible predator in the area. 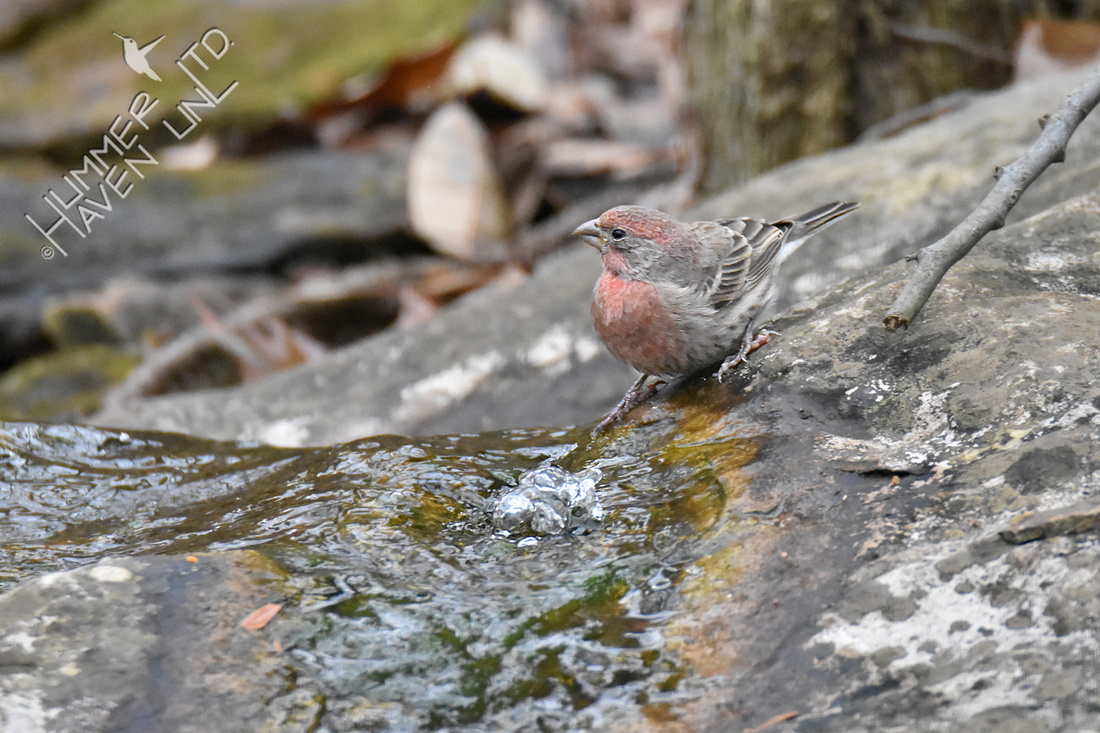 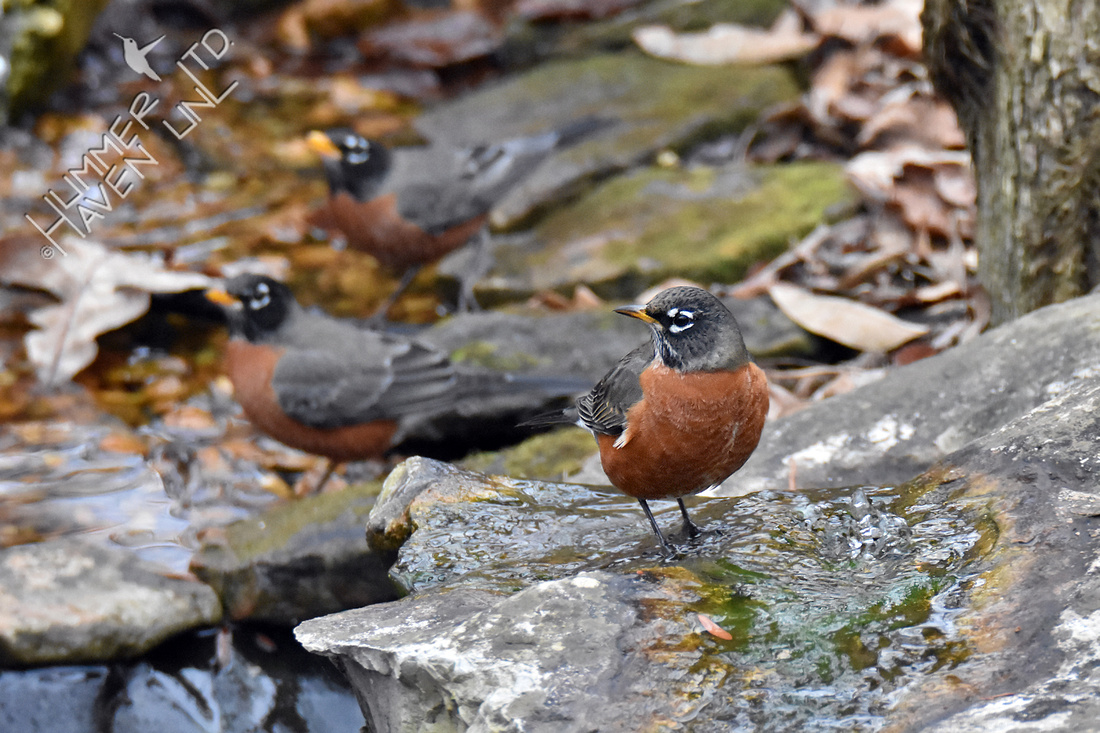 I check the "Bubbler cam" nearly every morning to look for anything unusual. It's always a treat to see a mammal or two!

Along with this little Pine Siskin, we wish you 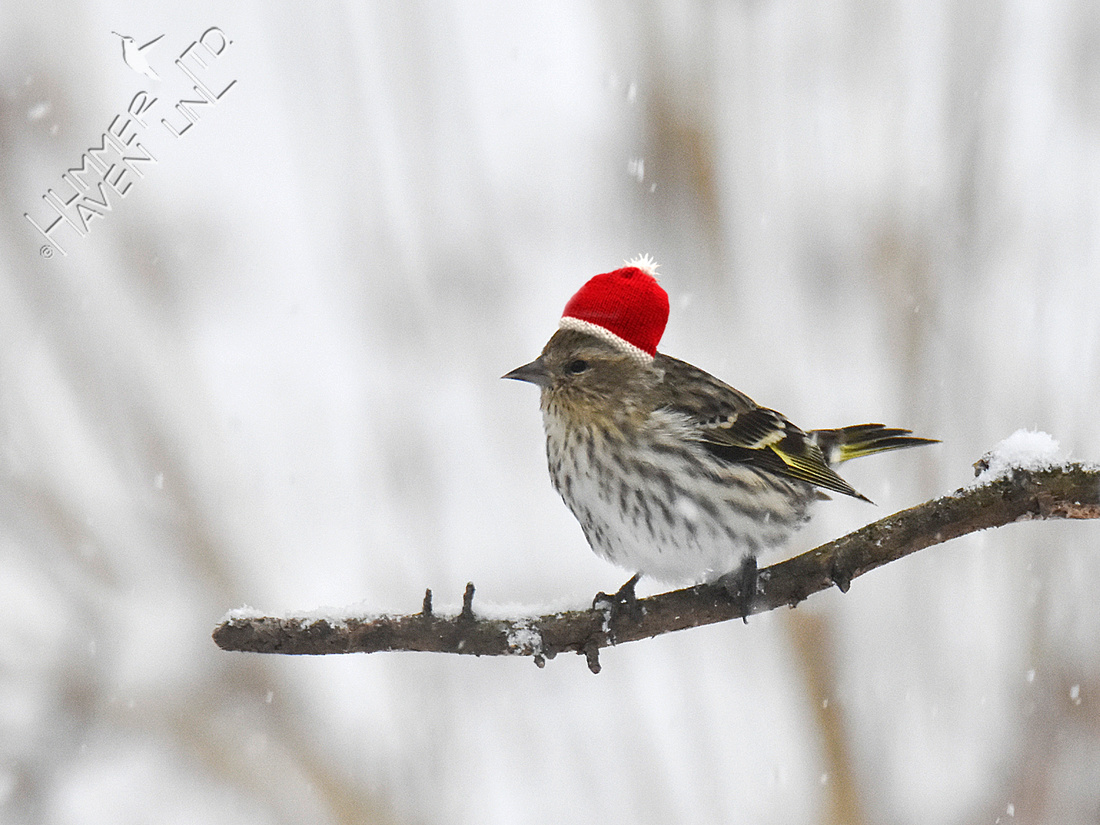