It's that time of the year again, since we turned our clocks back an hour last night. The sun will set at 5:00 p.m., and the evening will seem...well, long and dark. We'll all eventually adjust and start looking forward to spring!

Last Saturday was drippy and the temperature hovered around 48 degrees all day. We did get a gentle, welcome rain that tallied 1.74". An Eastern Phoebe was in the woods, hoping for some insects to hawk. The following day had a bit more action with 25 species, including Yellow-rumped Warblers and a 'court' of at least five Ruby-crowned Kinglets. 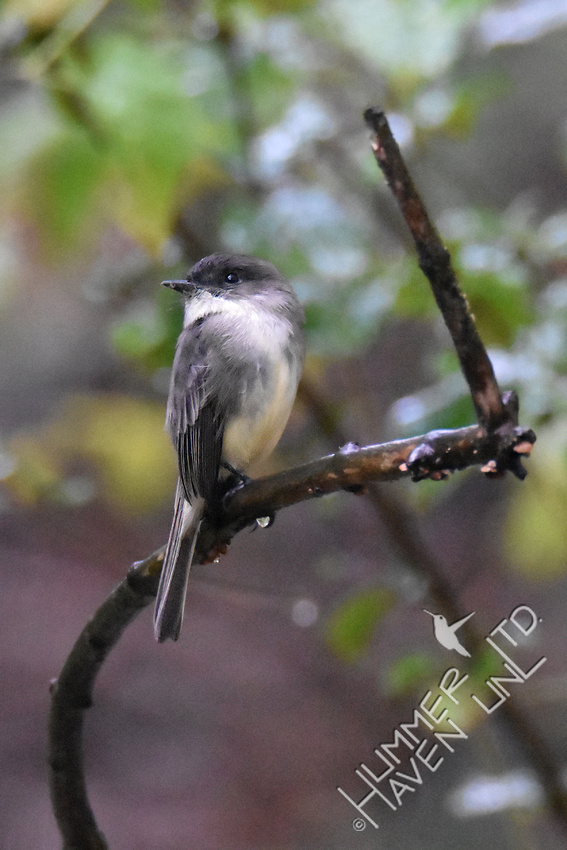 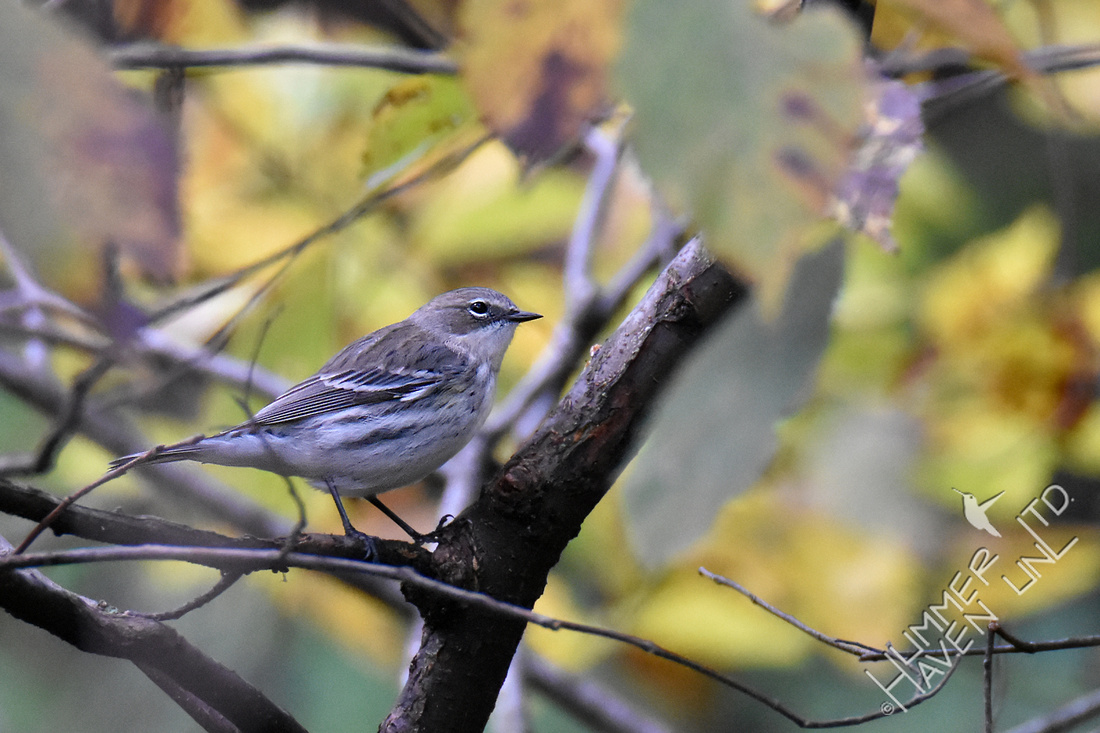 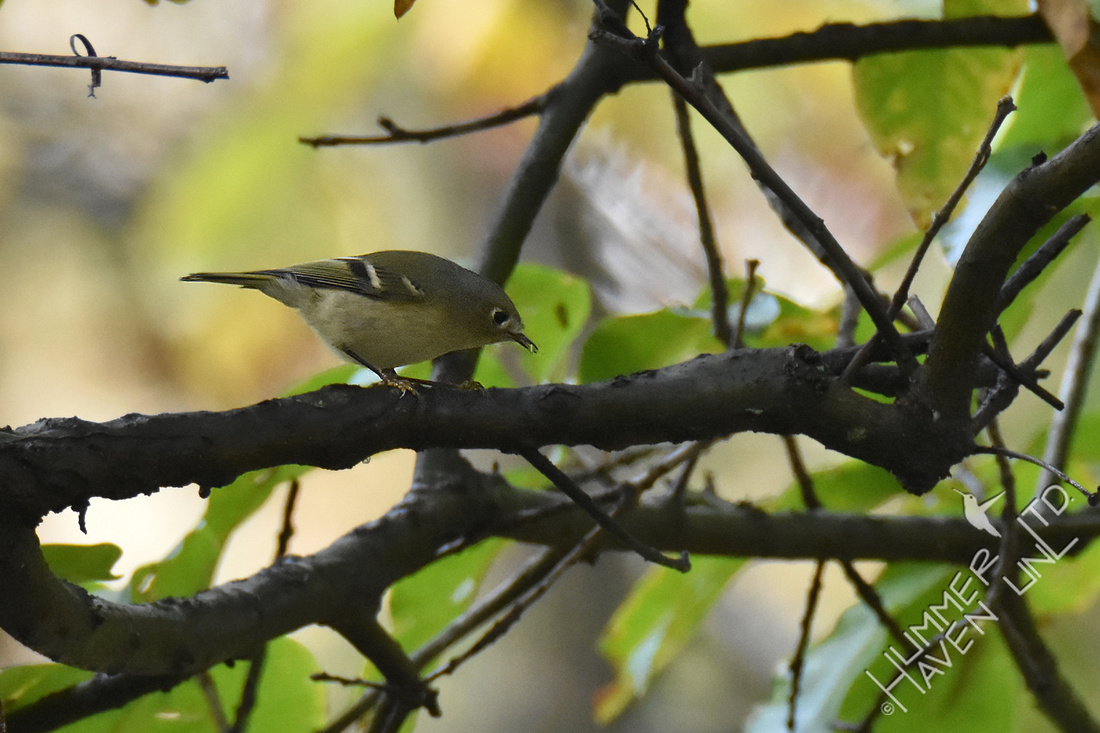 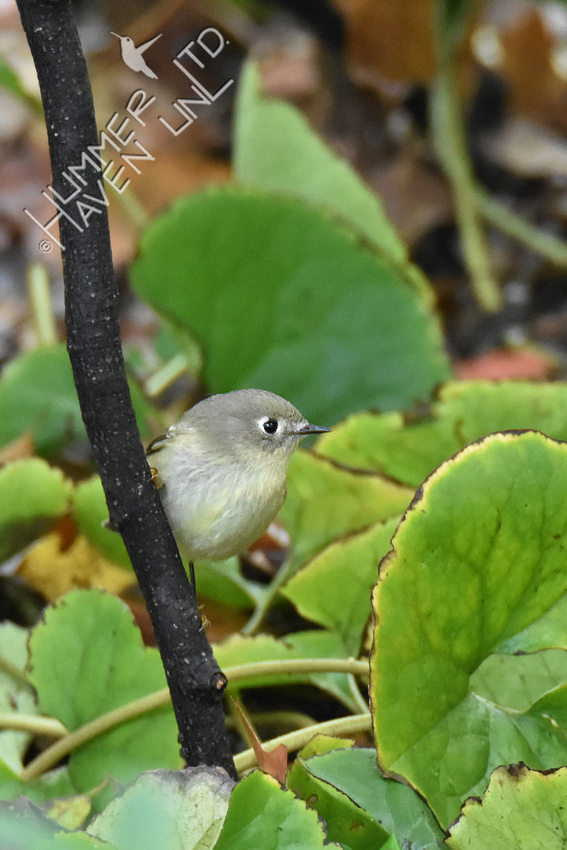 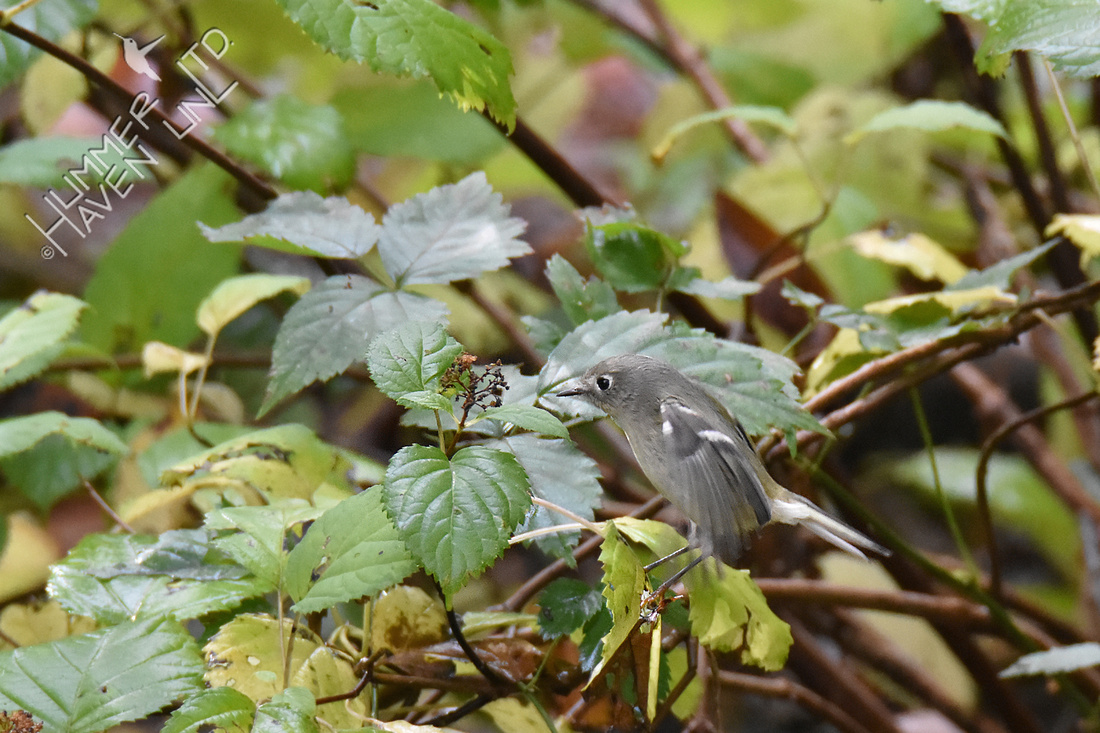 A young Cooper's Hawk spent part of the afternoon trying to flush a bird or critter from the brush pile, to no avail. 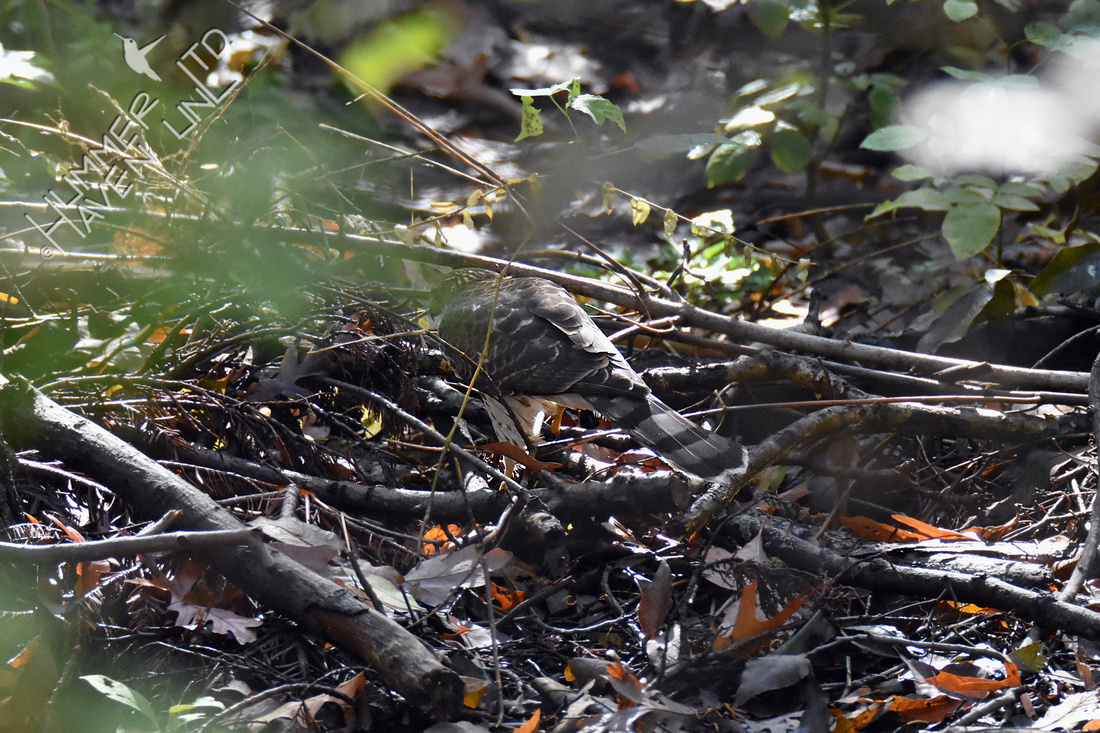 On Monday morning, 10-28-19, I spied the little Winter Wren again, about 8:15. I saw it in the swale near the back property line  and eventually, it made its way to the bubbler. 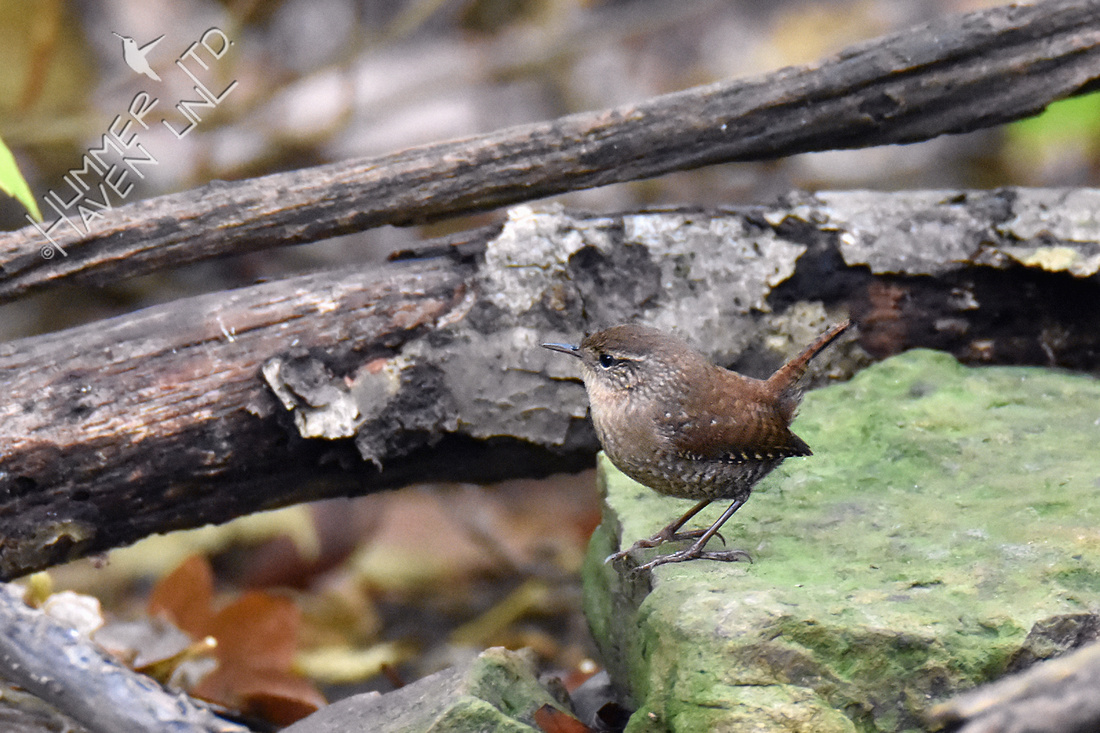 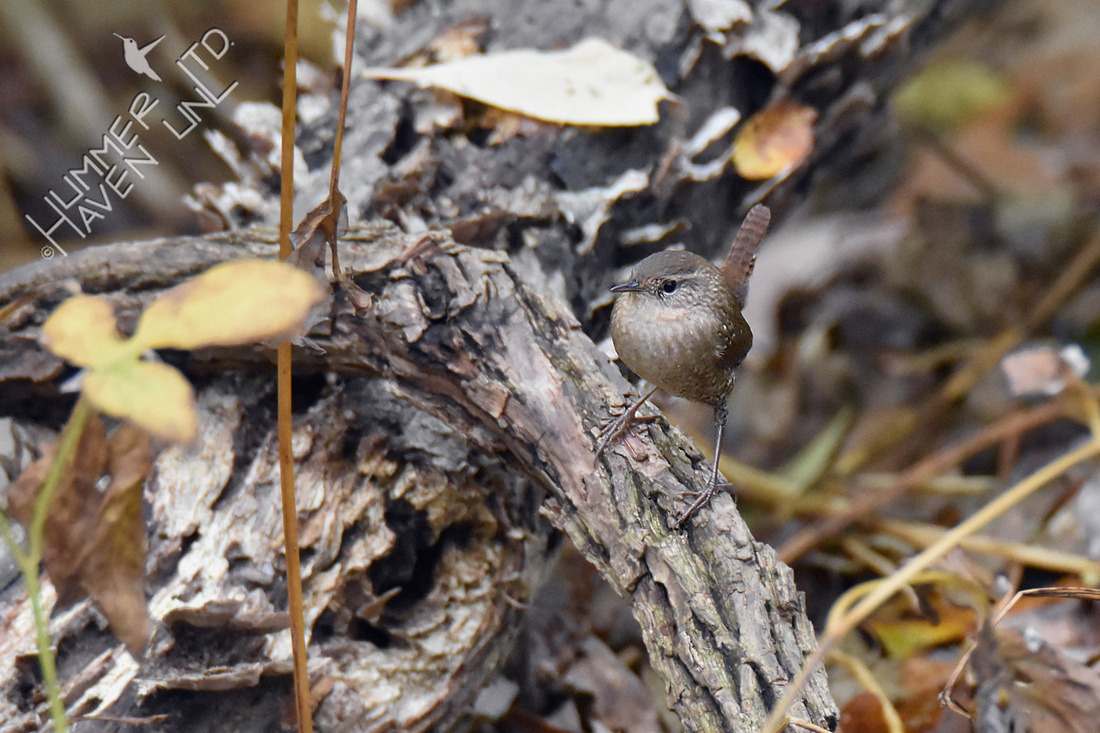 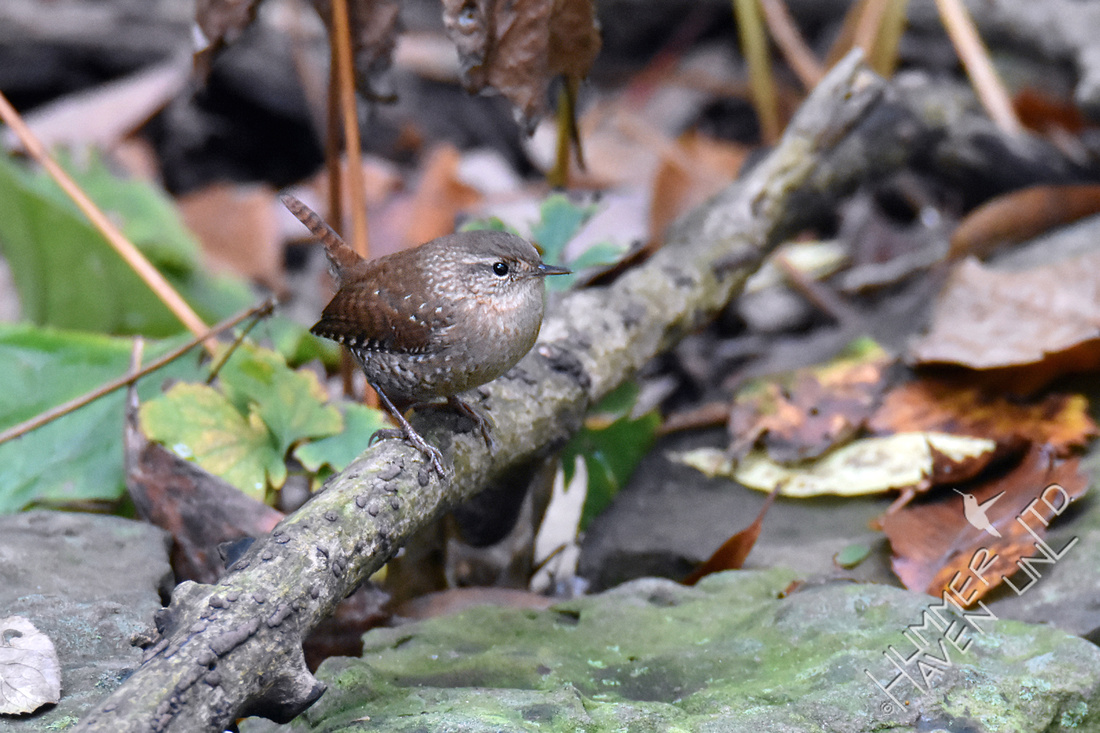 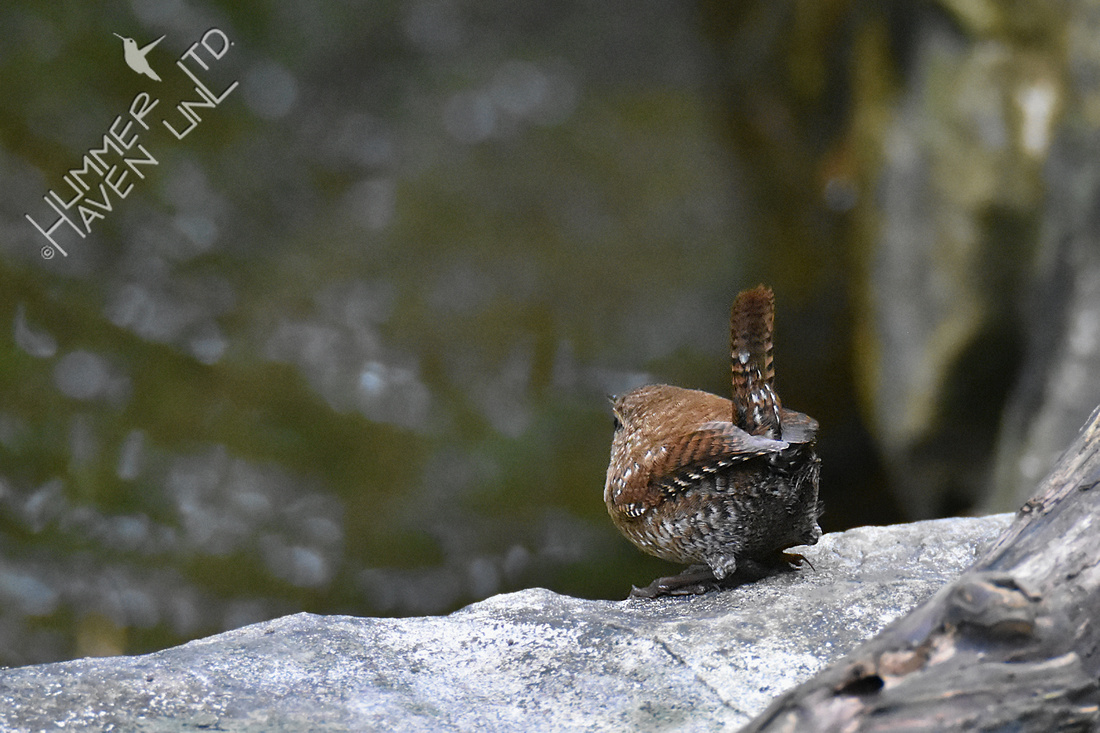 With that tail held erect and a quick hop away, it flew off towards the garden. I haven't laid eyes on it since. It has been great fun being able to get photos with that species here on at least 4 days this fall. Dang, that little bird is cute!

Tuesday brought in an immature Yellow-bellied Sapsucker, but it stayed high in an oak and out of camera range. A Brown Creeper and two Ruby-crowned Kinglets were seen. 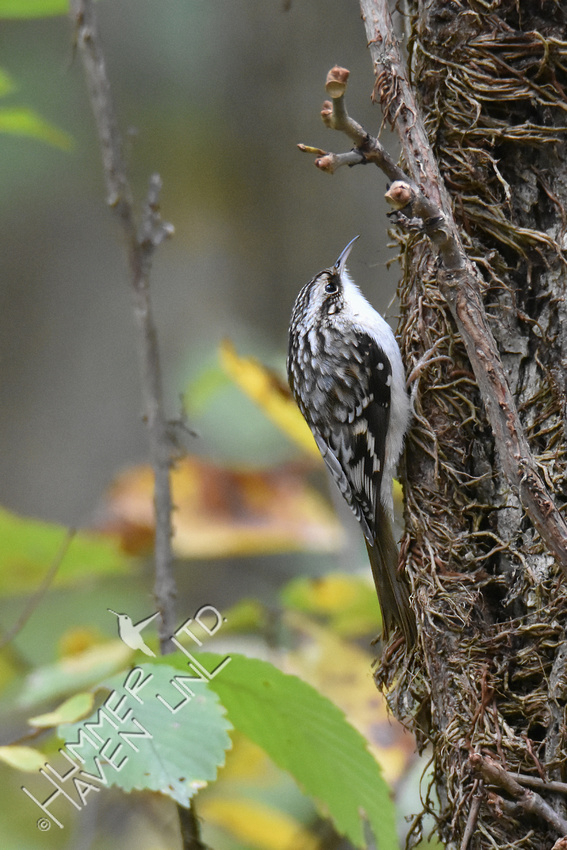 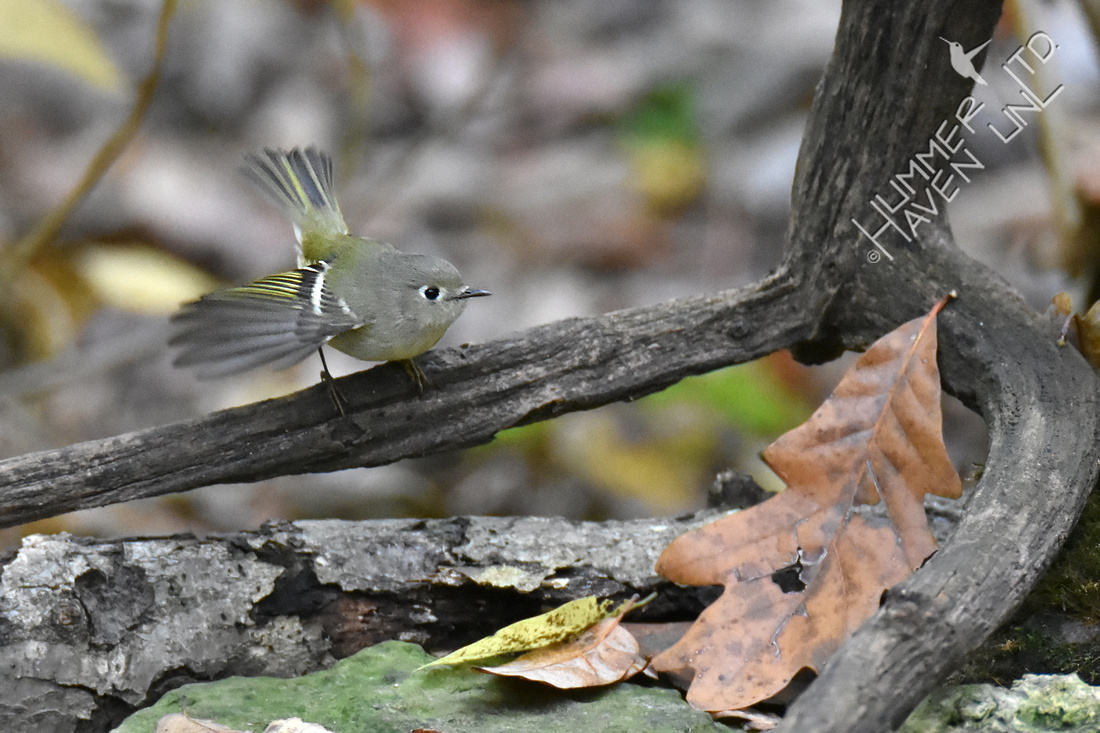 Wednesday morning about 8:40, I was watching the feeder activity when I saw a Barred Owl fly into a Shagbark Hickory (Carya ovata). It turned on the branch, tucking itself into a spot with another branch above it for cover. It stayed there all day. The last time I checked was about 5:00 p.m. I would not have found this bird if I hadn't seen it come in. What a great hiding place. Notice how the owl's own spotted plumage blends in with the lichen patches on the bark! Perfection! 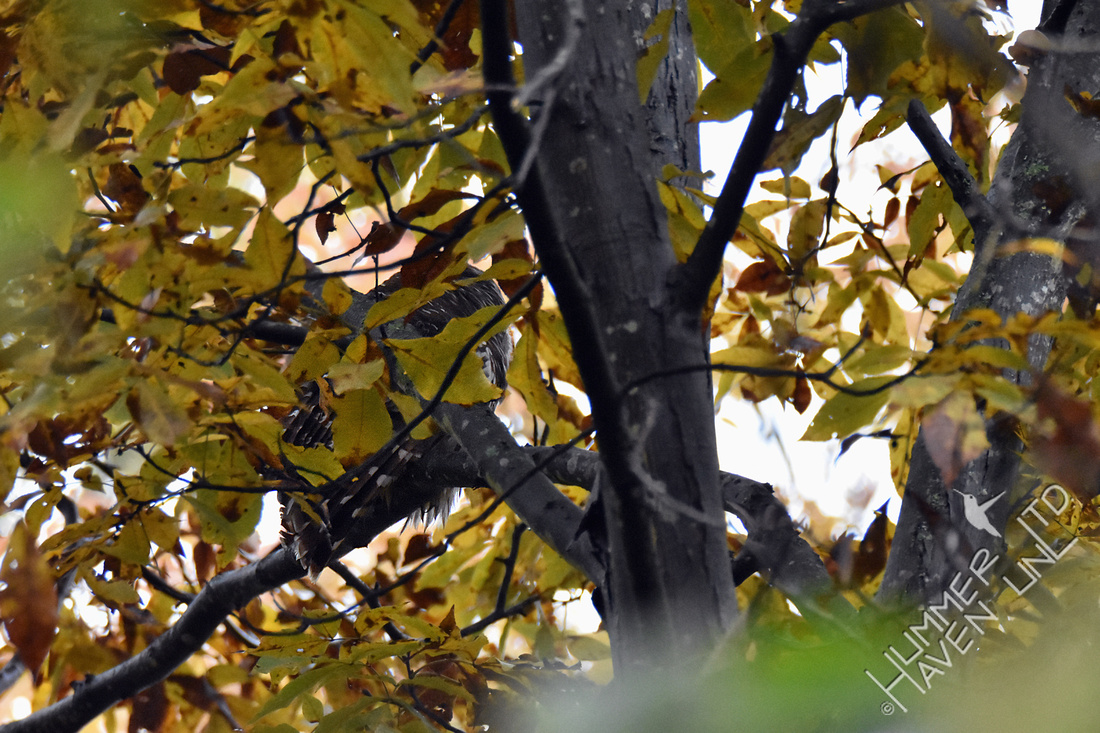 That morning also brought the first young buck, rubbing his antlers on a young dogwood. The rutting season is nigh. Did you know that deer just love hiding out in the invasive bush honeysuckle? There is still so much of it in the area. Where there is invasive bush honeysuckle, there can be 5 times the deer and 10 times the number of ticks that bring disease to us! Wow, there is a long list of reasons to eradicate this plant, but that sure is a good one. 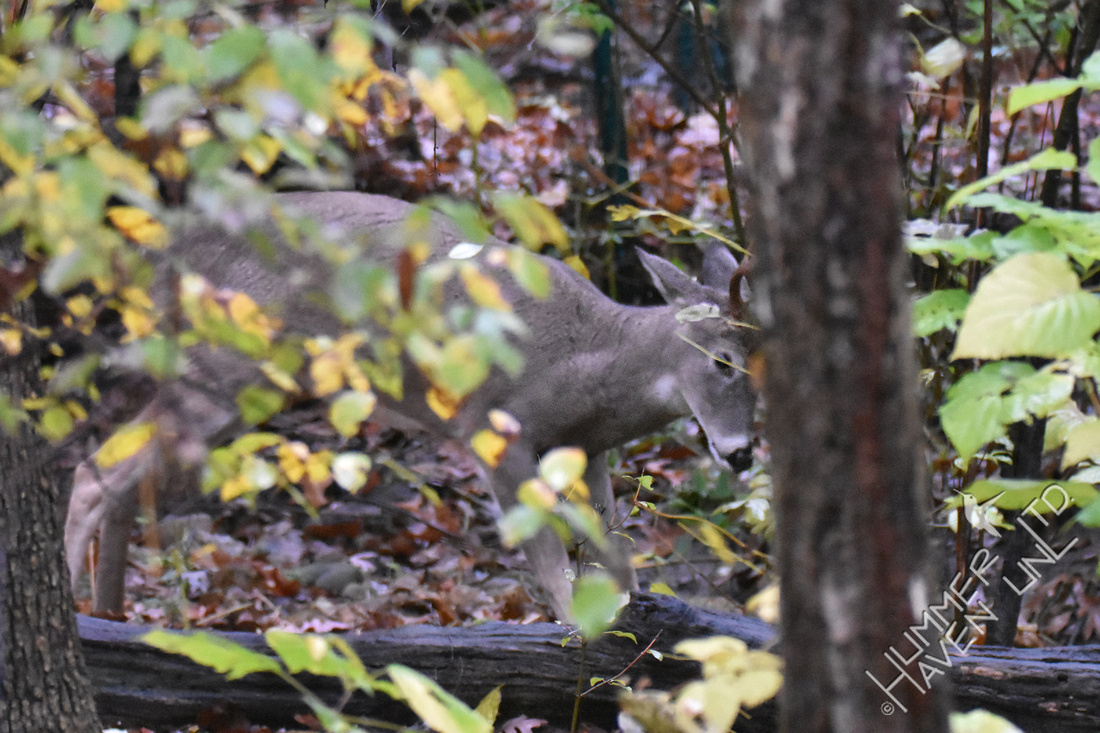 The American Goldfinches have found the feeders we've put up now. They move easily back and forth from the garden to these mesh feeders filled with sunflower chips and niger seed. Chickadees, Downy Woodpeckers, Carolina Wrens and other birds do the same. 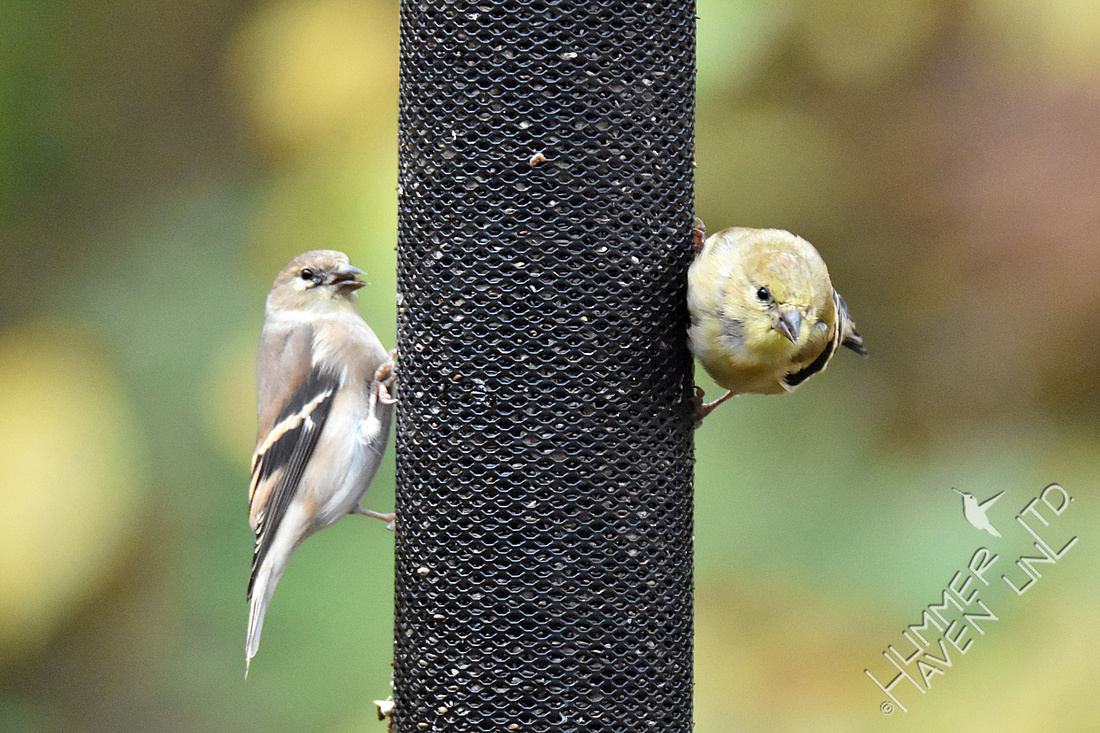 The Eastern Phoebe was back again on Halloween, looking for treats. The House Finch and American Robin took their chance to get a quick bath or drink though the temperature didn't get above 37.7 degrees. 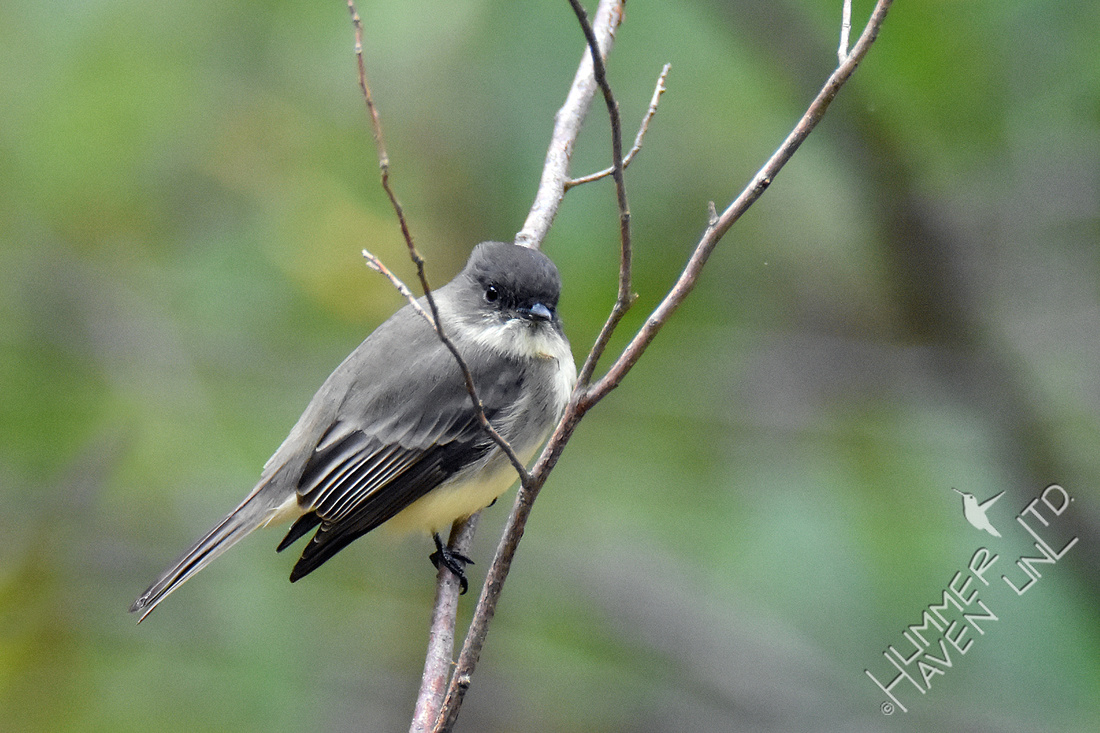 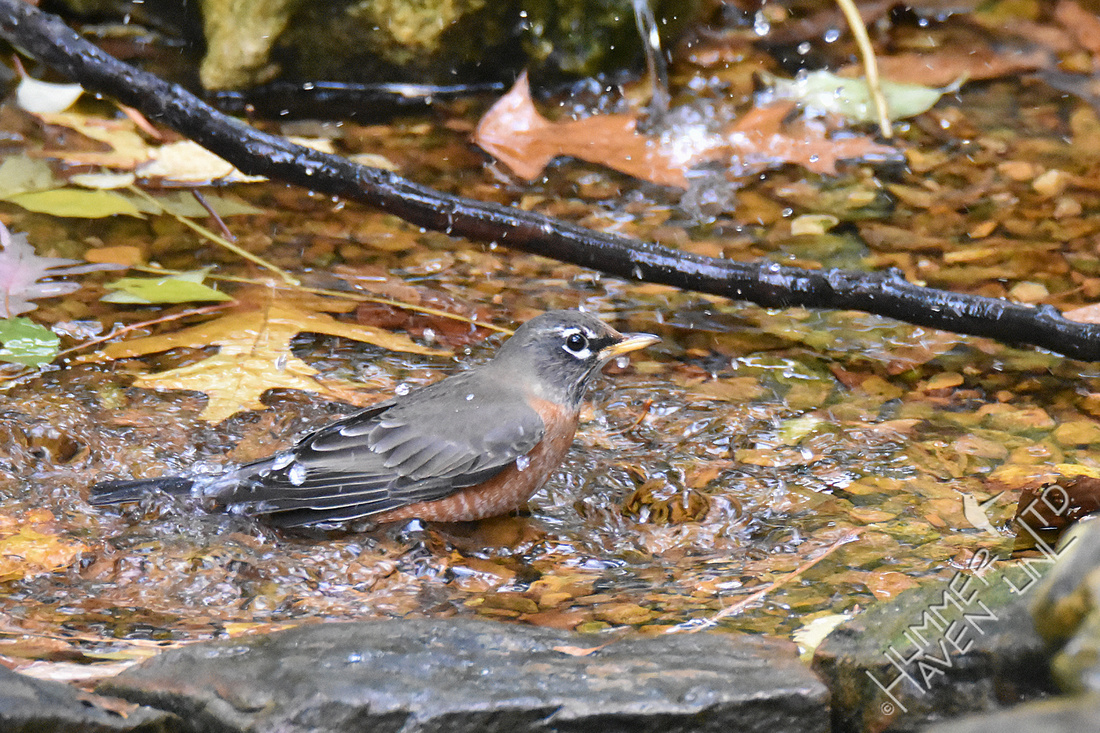 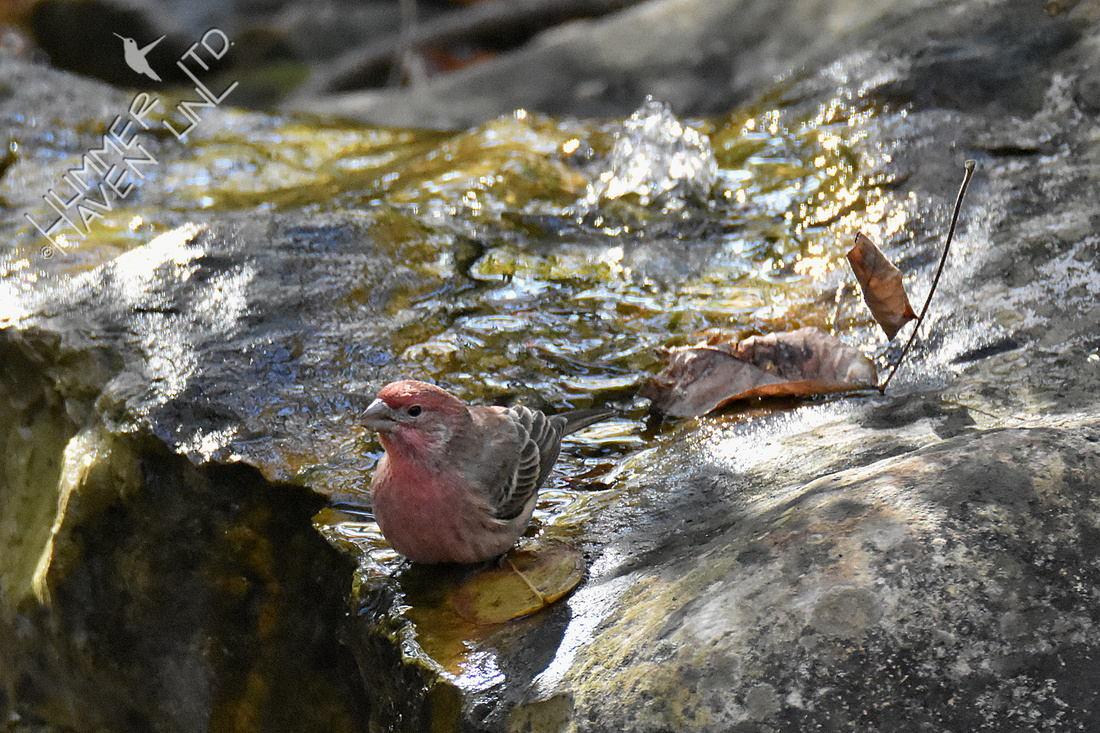 Yellow-rumped Warblers will be the main warbler species we see now, unless another Orange-crowned would show up. At this point, most have moved on to their winter homes south of us. I did see a late Nashville very briefly this morning, but that's pretty rare. So, the Yellow-rumps have taken over the bubbler for now and they know how to have a good time! 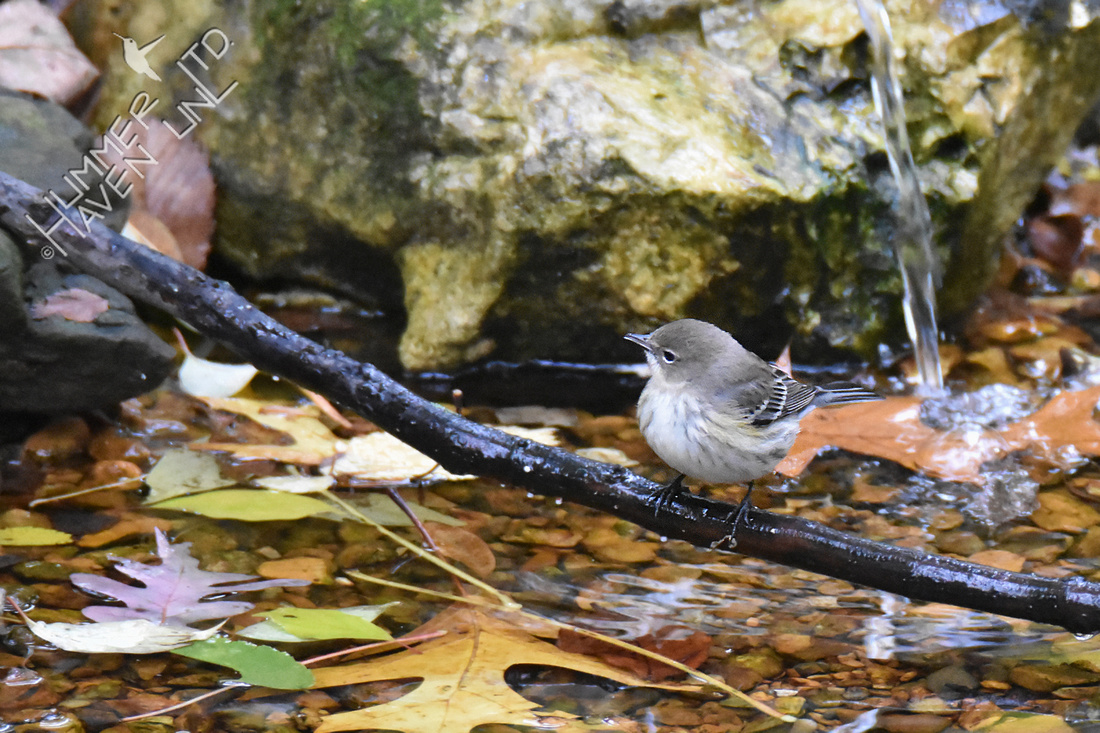 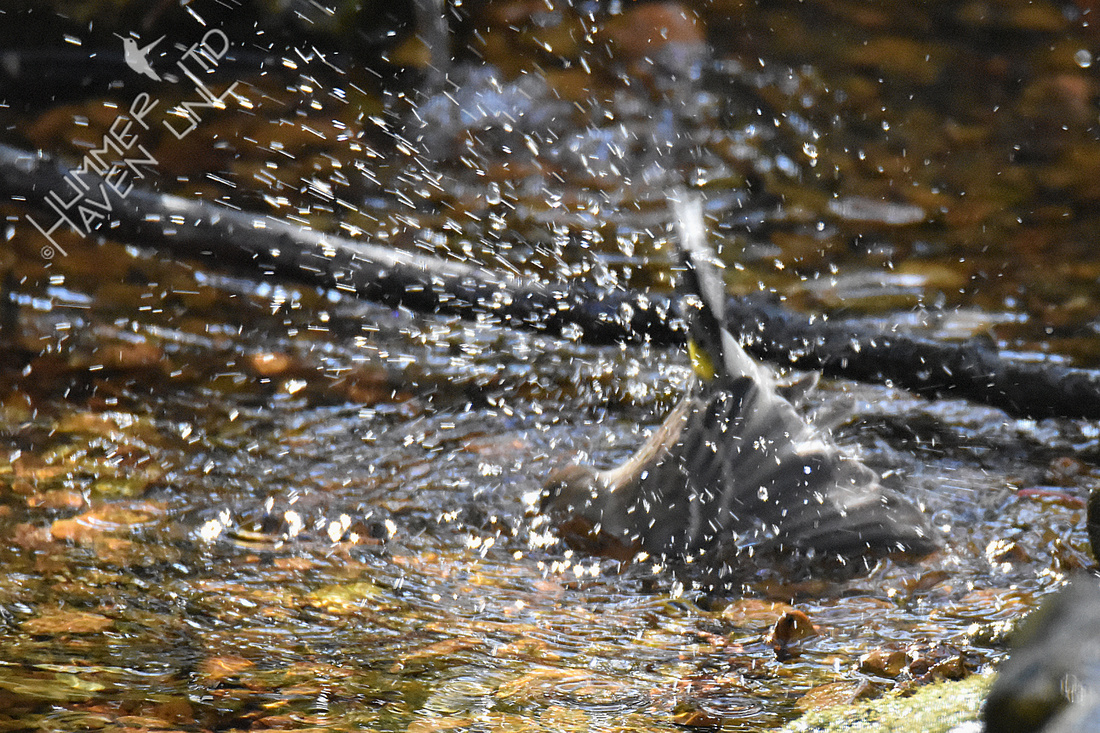 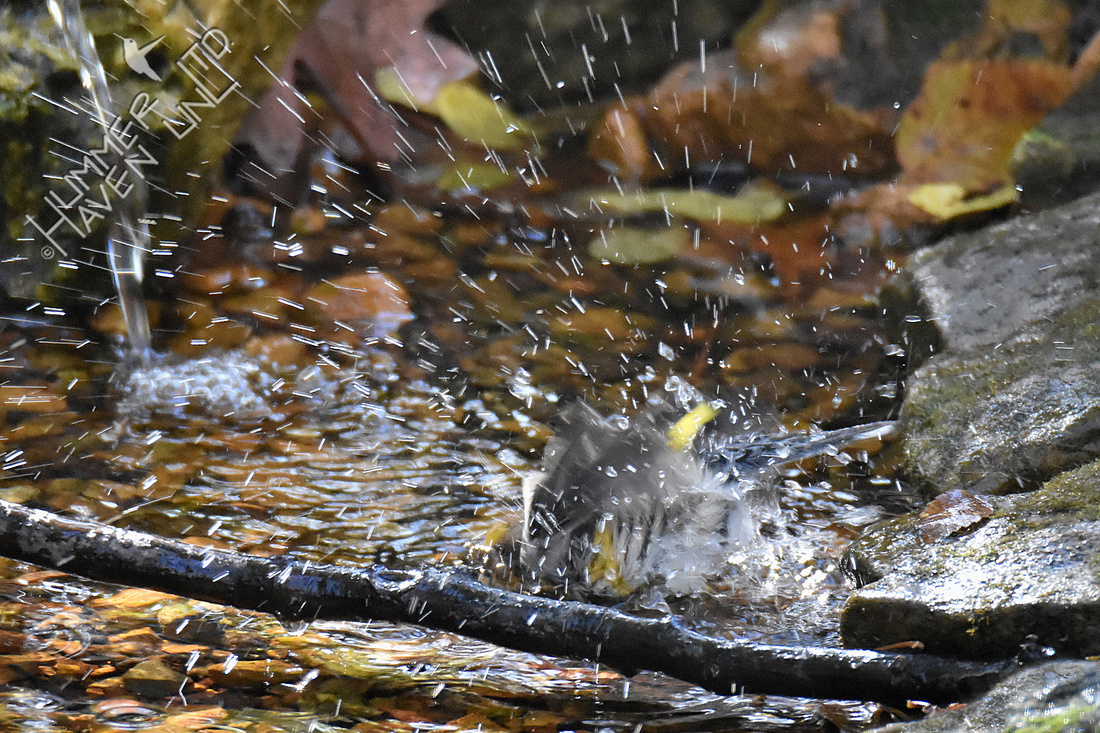 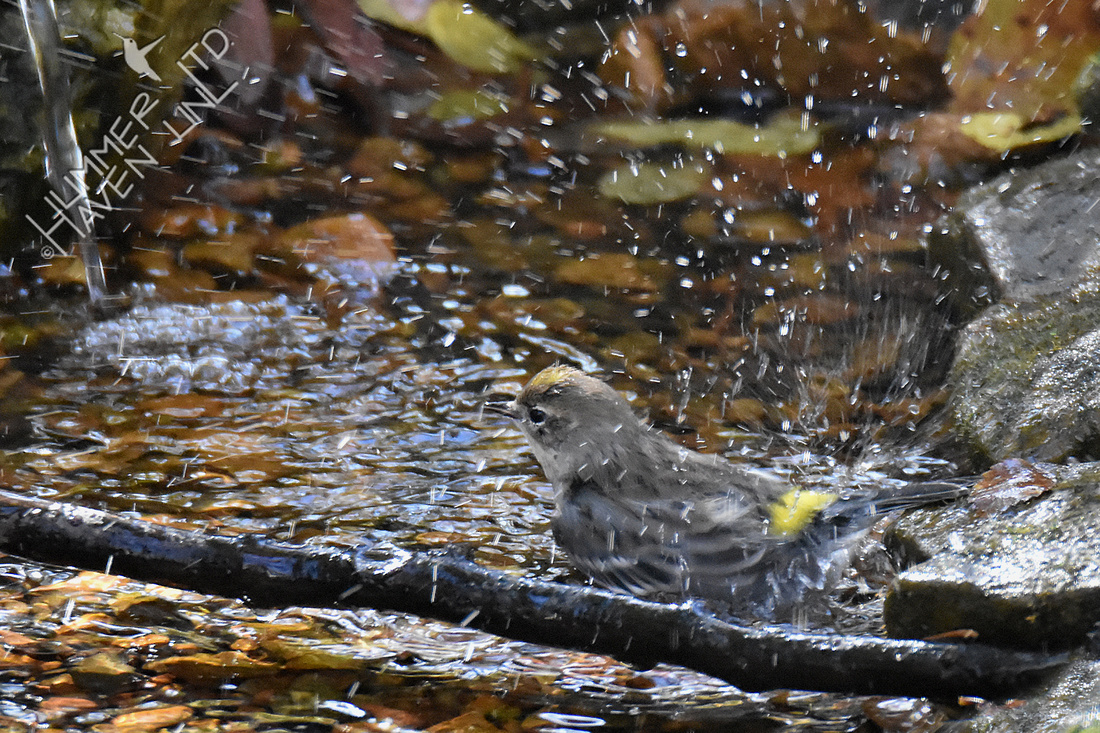