The snow fell softly last Monday. Visibility was poor at times and birds like this Northern Cardinal took cover, conserving energy. It rested in a Buttonbush (Cephalanthus occidentalis), the shrub's twiggy structure providing some protection. 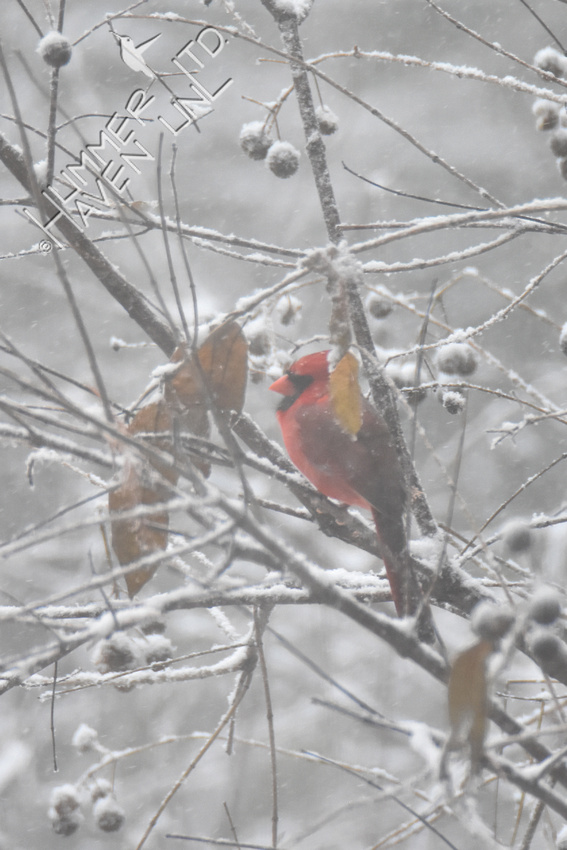 The winds picked up as the temperatures dropped. There was at least one Brown Creeper to be found, here, hugging the Sugar Maple (Acer saccharum) near the pond. Out in the garden, the Leopold bench had a seat cushion made of white. The drooping fronds of the Pond Cypress (Taxodium ascendens) gracefully waved up and down, to and fro. 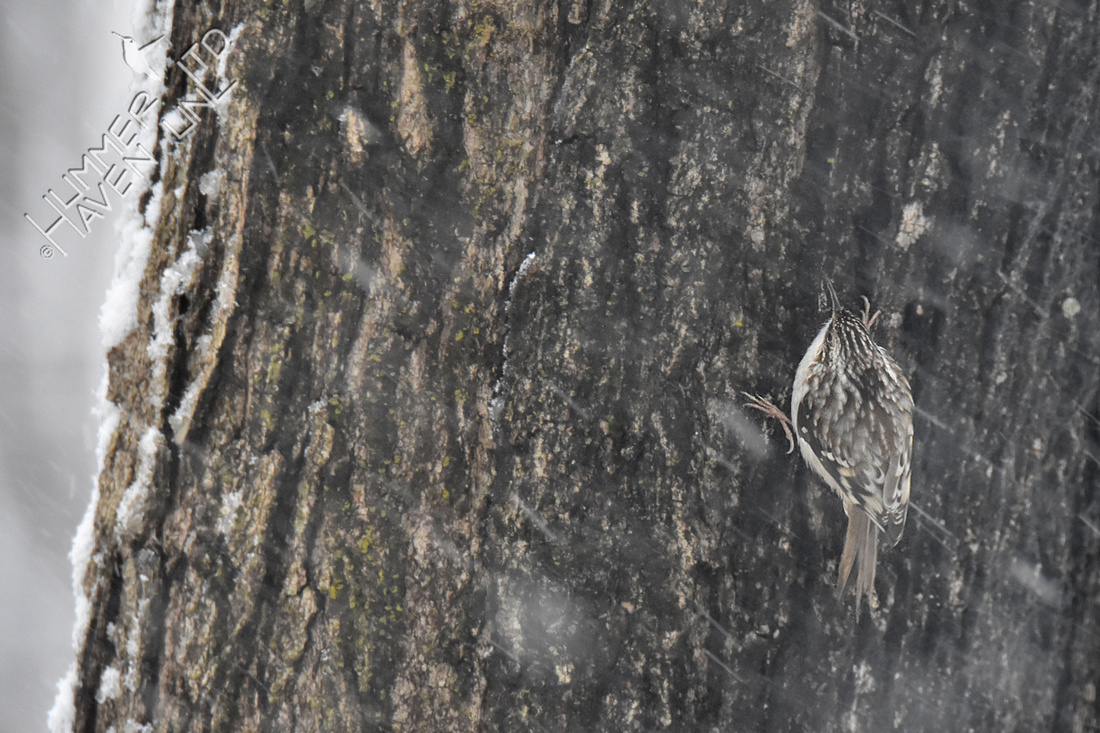 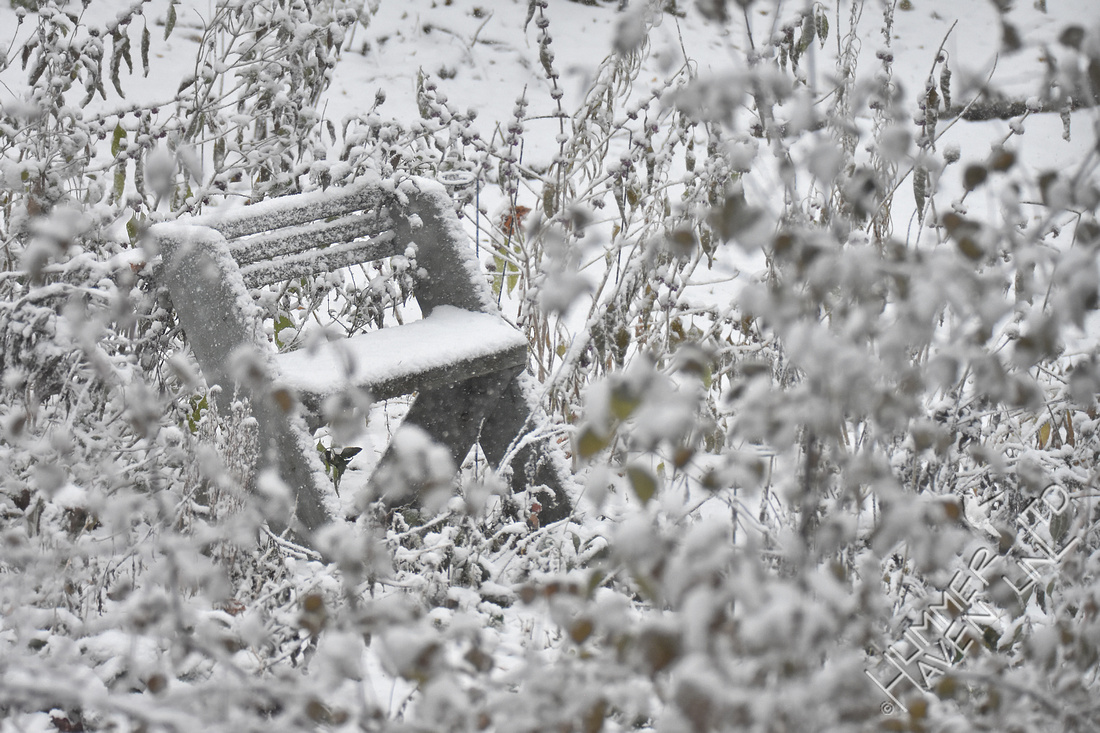 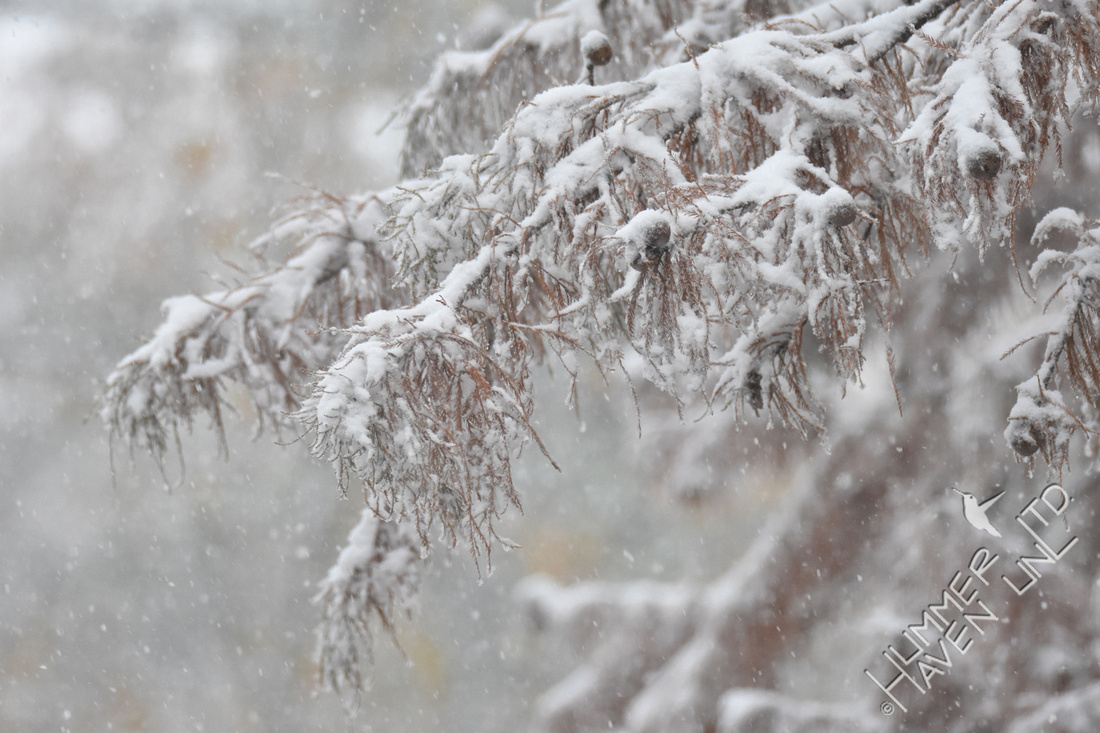 Life mimicked art at the East feeding station as the chickadee watched and waited its turn to grab a seed. 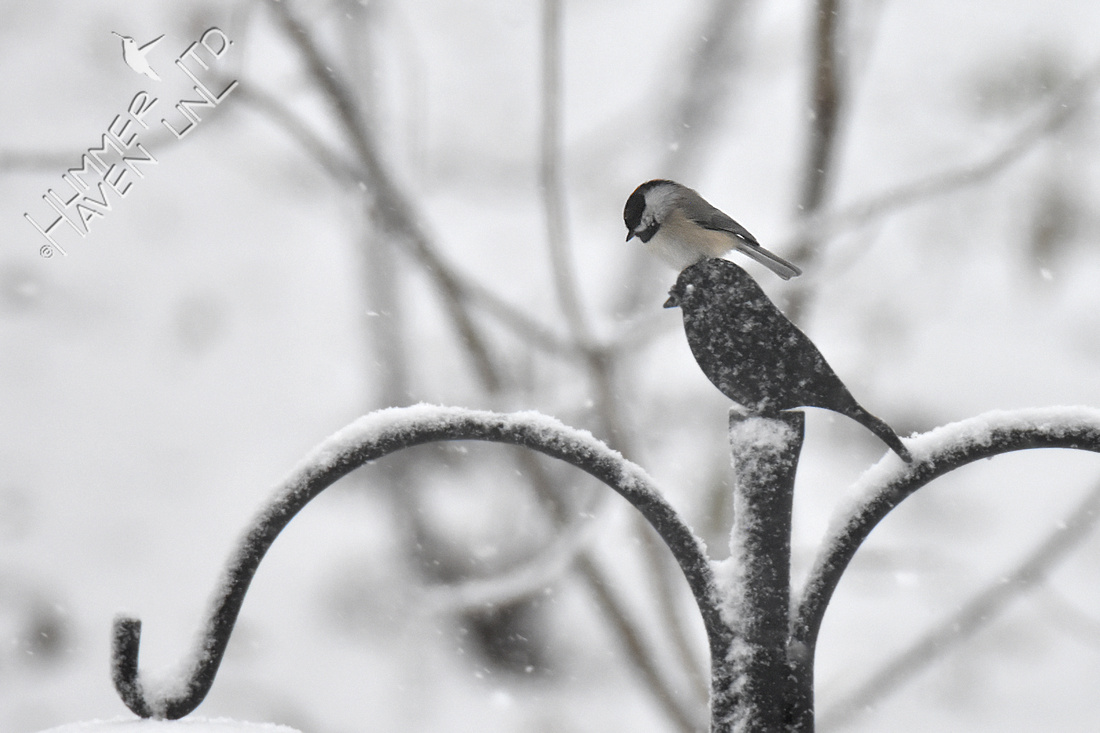 In the woodland the next morning, a Brown Creeper was seen at the base of the black oak stump. A different bird, as it looks to be rustier in color, a rufous morph. An American Goldfinch came to drink on the bubbler rock. 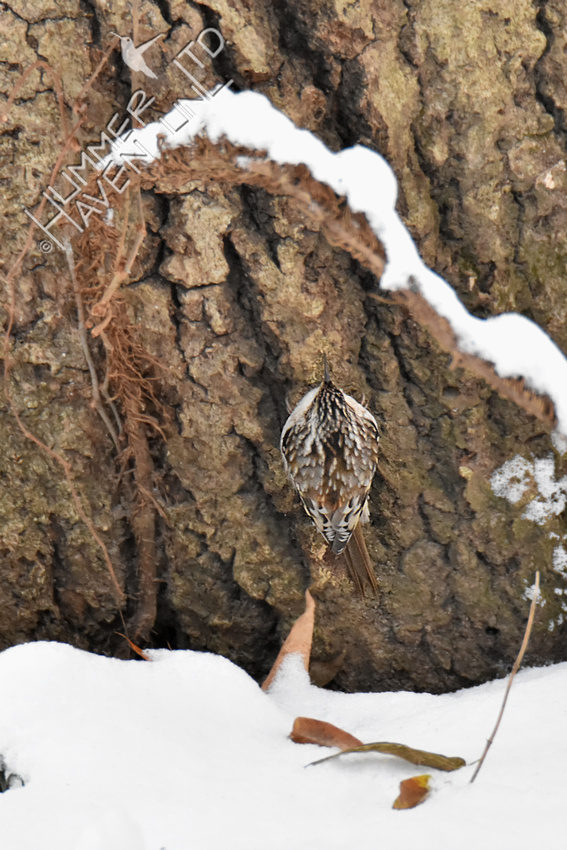 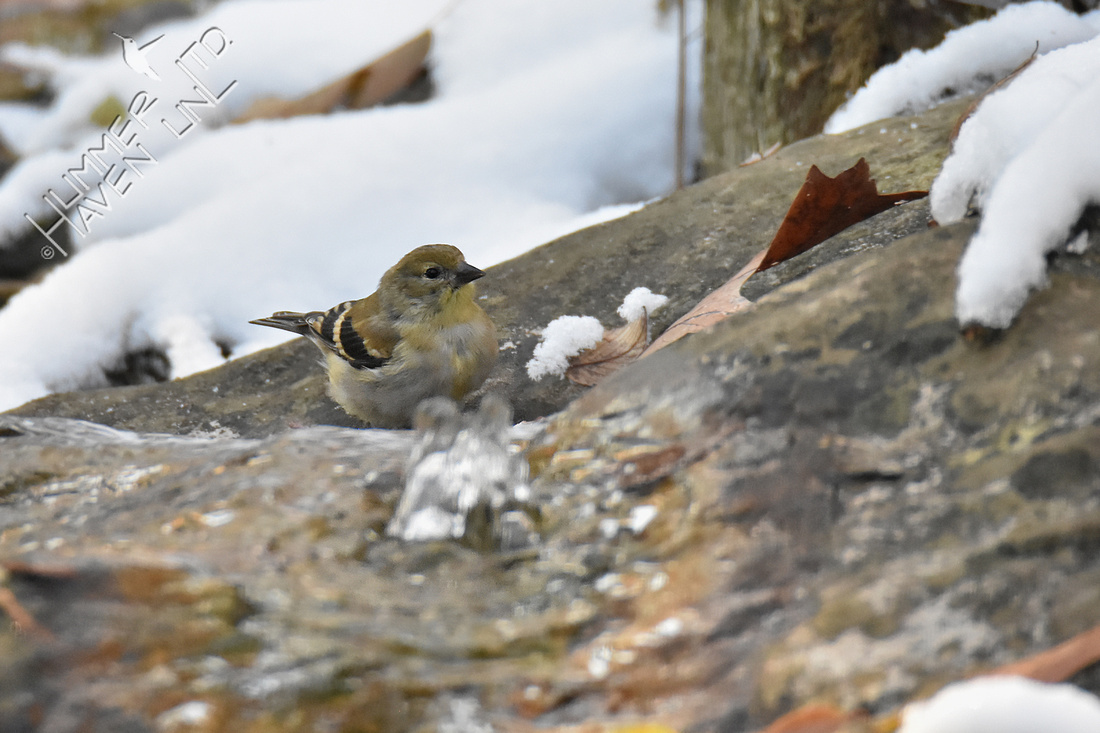 Back in the Songbird and Butterfly garden, American Beautyberries (Callicarpa americana) looked as if they had a topping of whipped cream to entice the birds to come in and feast. 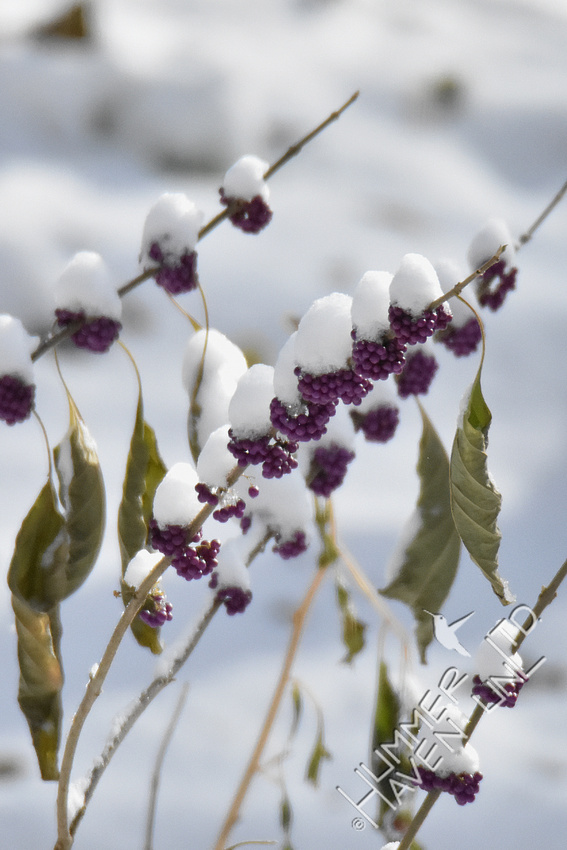 White-tailed Does moved through the garden with one of the larger bucks on their heels. This buck had seven points, having lost one already in heated combat over possession of the females. 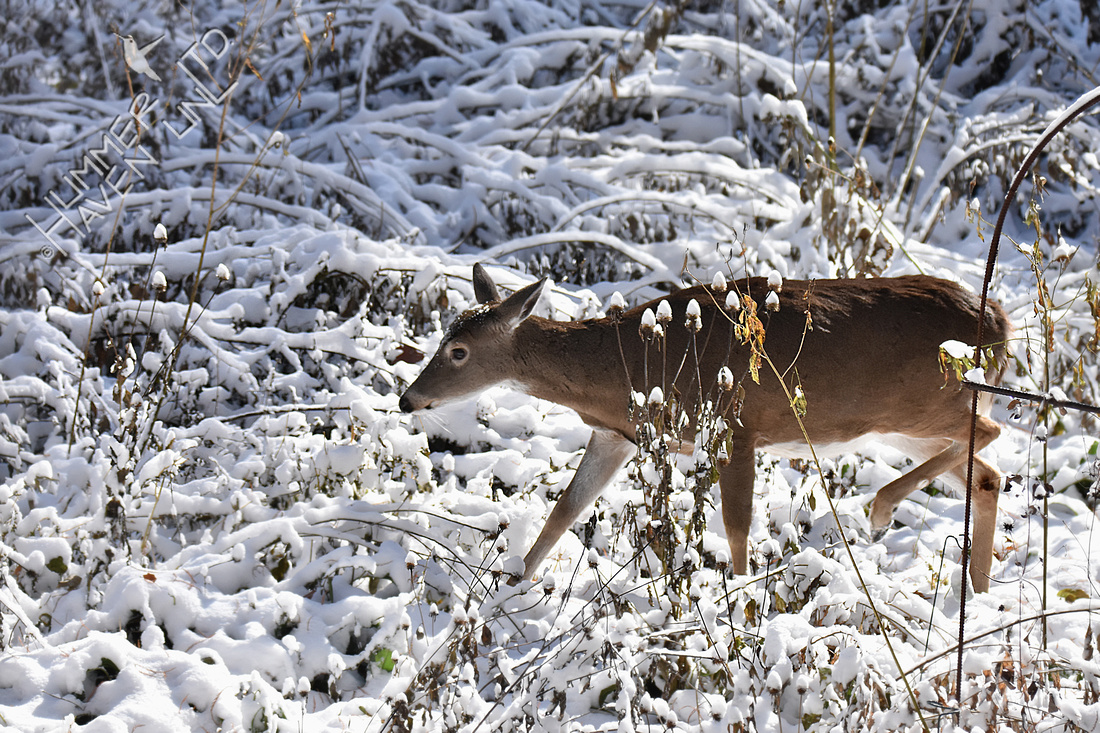 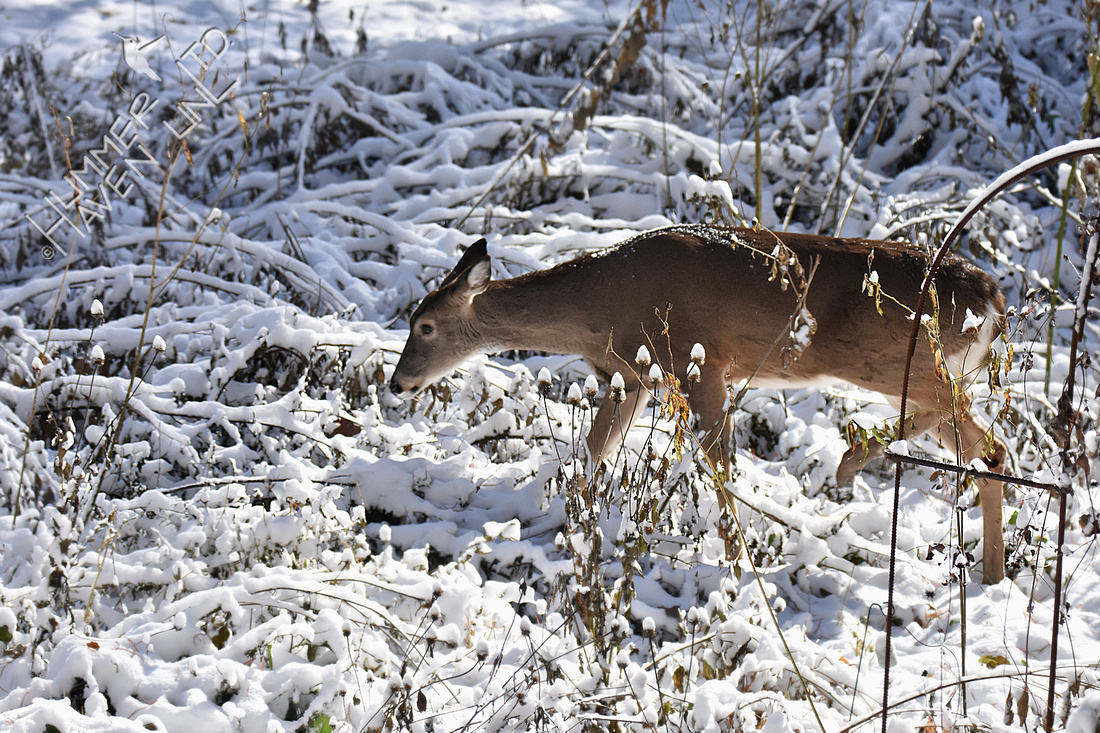 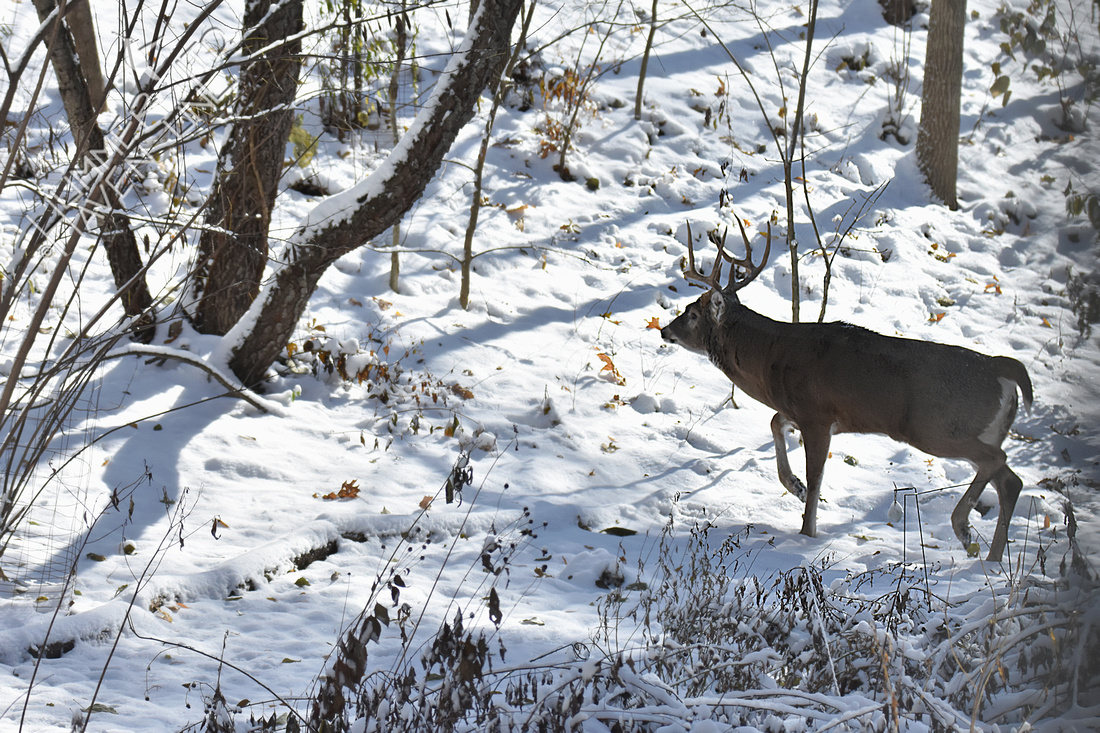 Since Tuesday, it has been fairly quiet. Bird activity has been limited to very early or near dusk, and brief at the feeders or at the bubbler. It feels like the birds are hiding out. Perhaps there are hawks around that I haven't caught sight of, but the birds are not taking any chances. They are wary. Well, everybody's got to eat. Oh, that reminds me, we'll be gratefully celebrating Thanksgiving with family. The next post will be sometime after things settle a bit.

Happy Thanksgiving, to you and yours!