Our summer has been eventful and it's hard for me to believe that nearly a month has passed since my last post! We've lost 41 minutes of daylight and I still have yet to see a Monarch. Well, let's try to catch up...

The female red-bellied woodpecker continued to care for its charge in July. 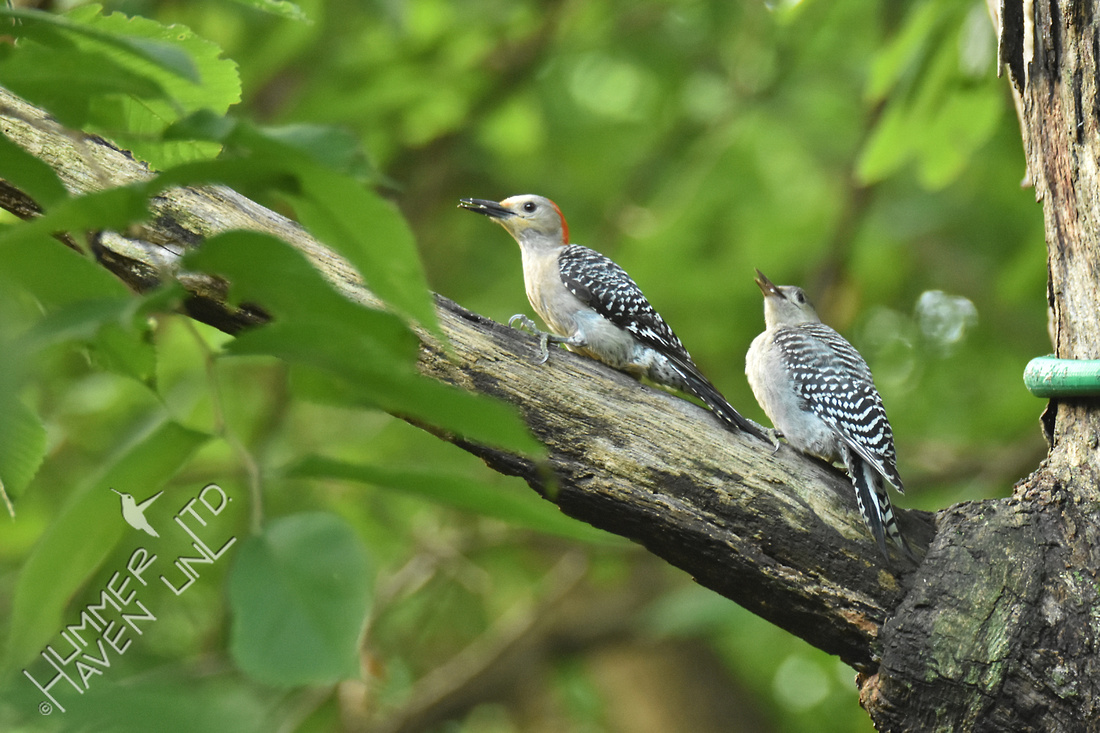 The young bird began to find insects on its own, this one was concealed under the bark near the branch. 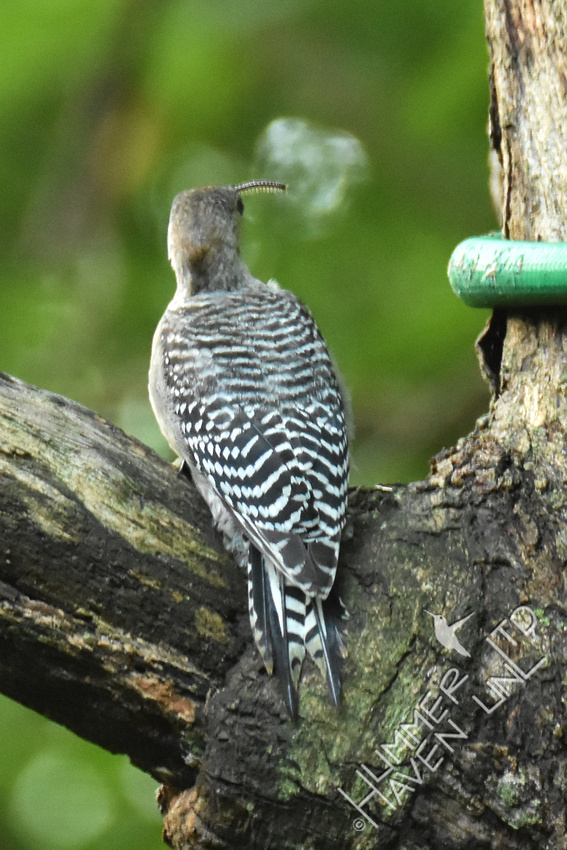 It was a daily ritual to use the branch as their feeding perch. 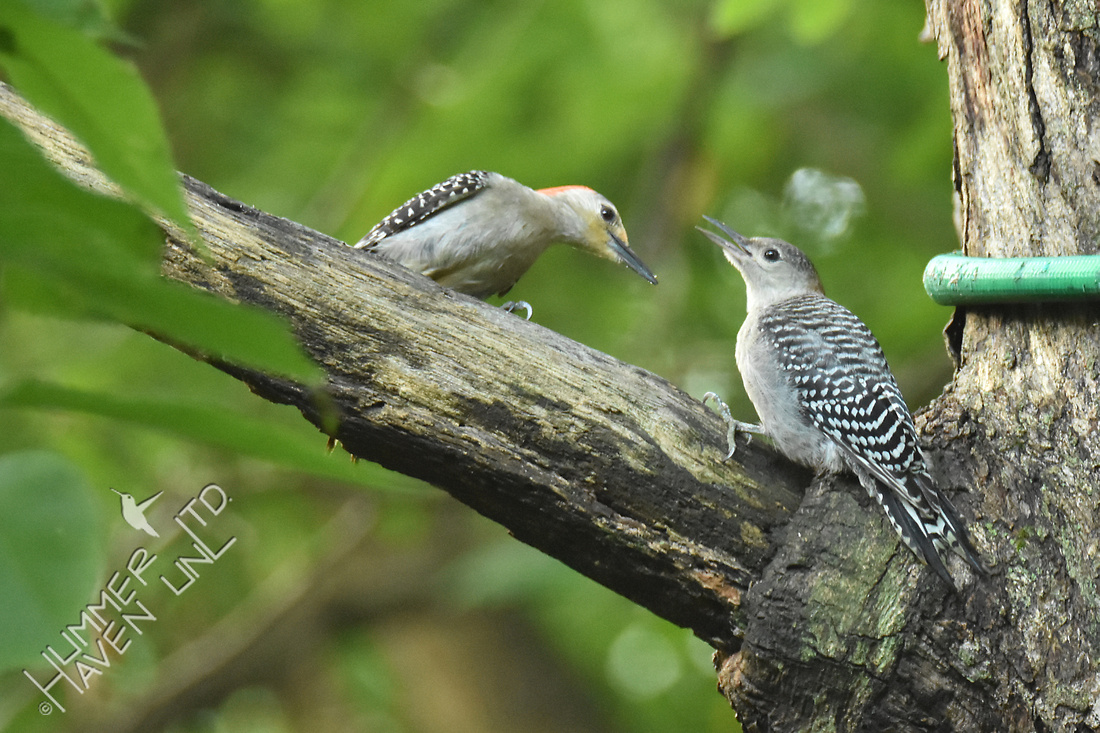 One night, during a heavy rain, the branch came down. It had been there over twenty years, serving this purpose. I discovered this the next morning and wondered how the birds would respond. 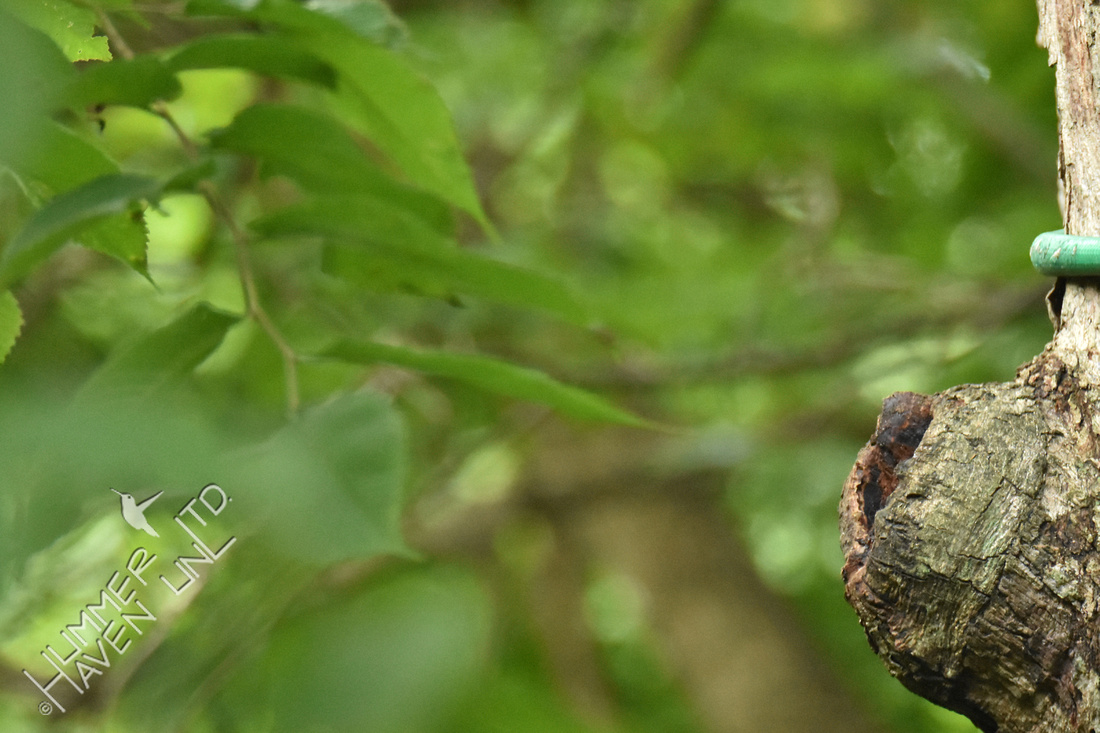 The female grabbed some suet for the youngster. 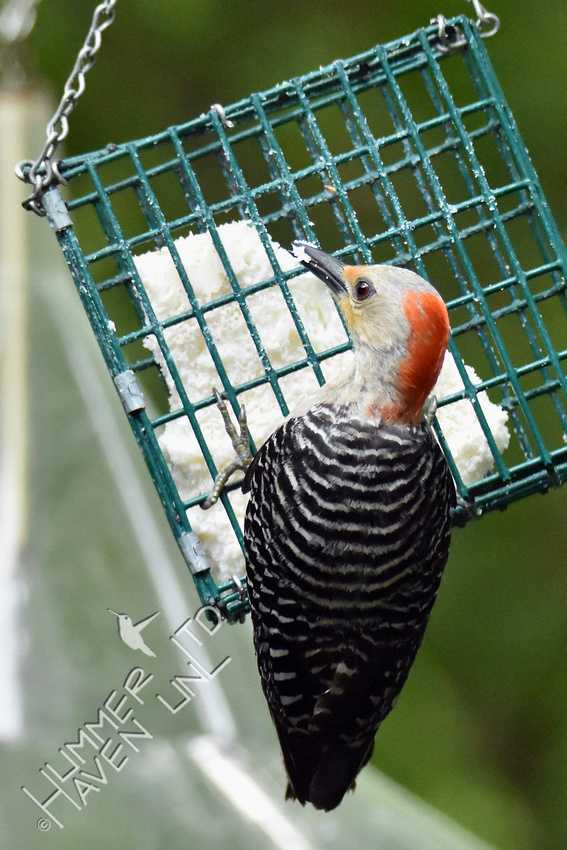 They adjusted rather quickly to the loss by using a higher branch and the tree trunk instead. 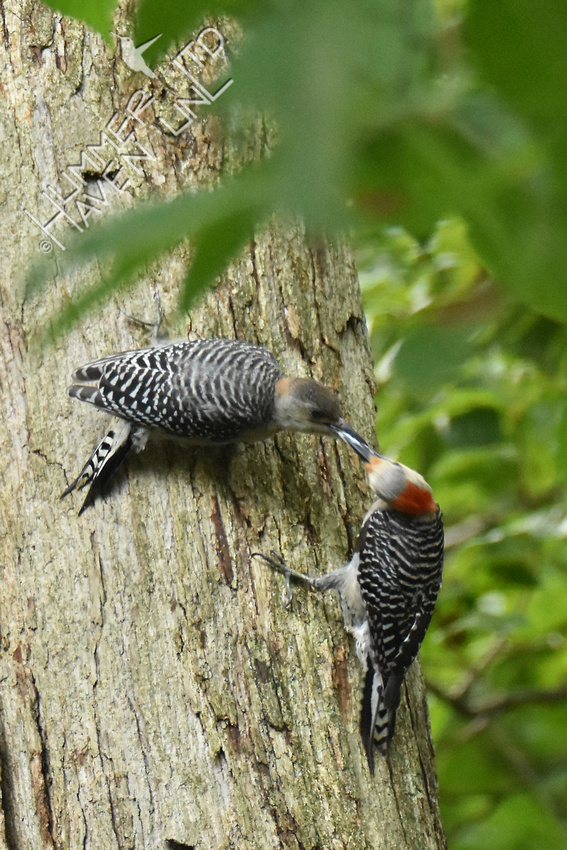 Let's take this to the next step. What do birds do when large trees they depend upon are removed, where do they go when whole woodlands are cleared to make way for new McMansions or another parking lot? It takes a long time for trees to mature, to be so full of function and value. It is far too easy to cut them down. Plant more oak trees!

One morning, I was preparing for family to arrive while Dan photographed a different young buck in the woods. Its velvety antlers had their own signature pattern and this buck certainly seemed healthy. 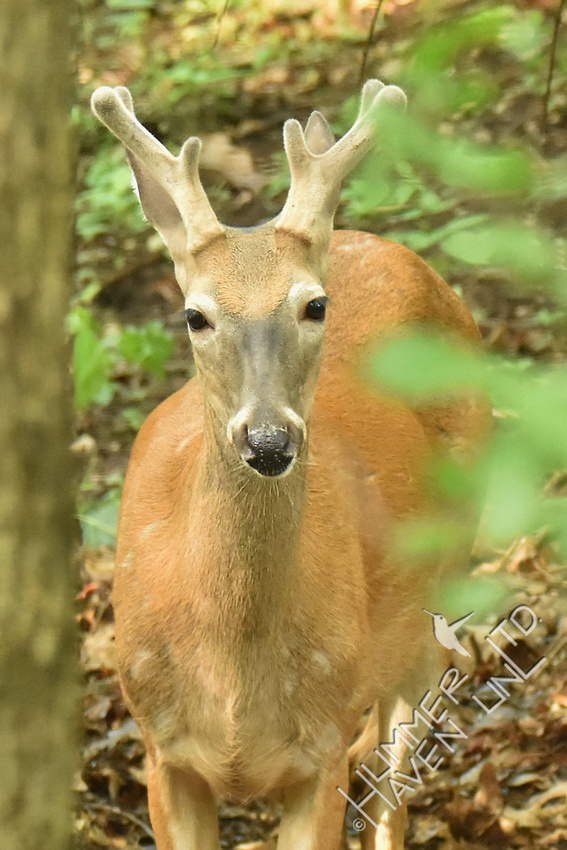 The birds and the squirrels have been devouring the rough-leaf dogwood berries, a summer source of sweetness and moisture. 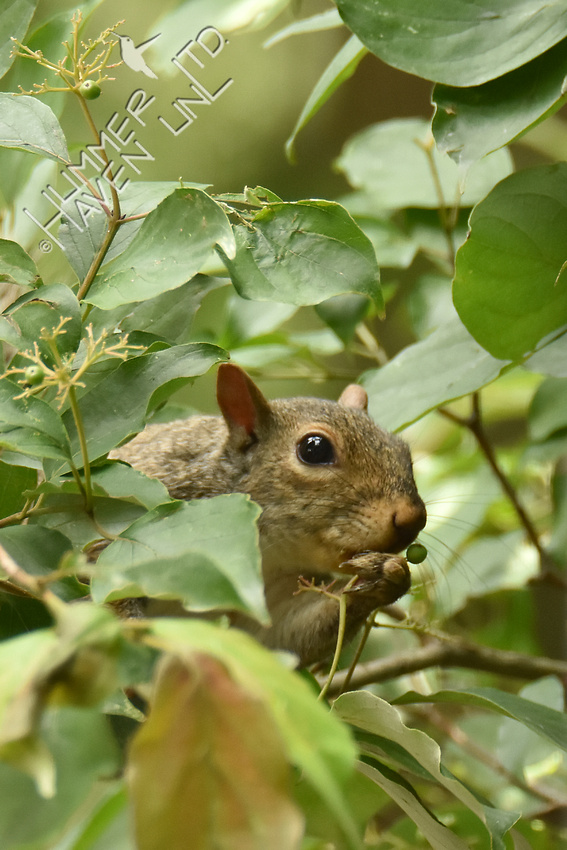 Some squirrels get very creative while trying to reach the outermost berries on the branches. 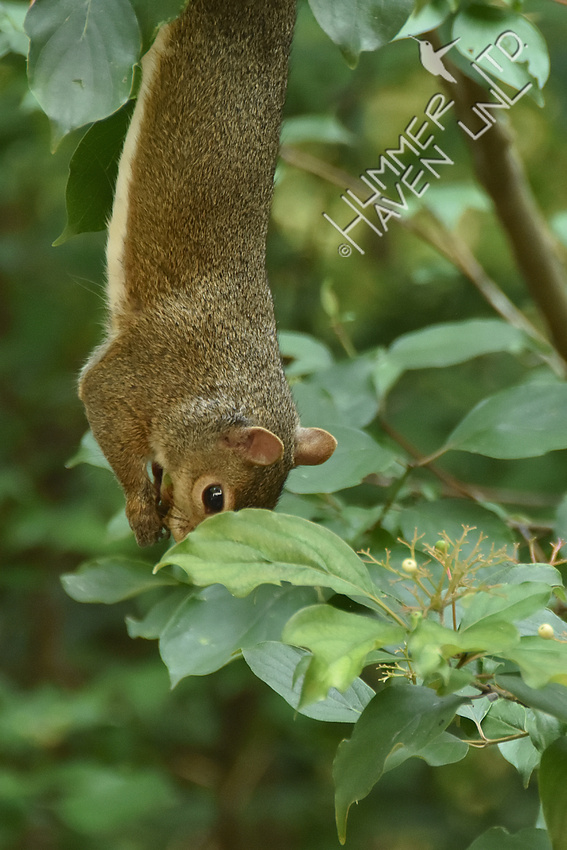 The water lilies have been blooming in the pond and toads are still singing on warm nights. 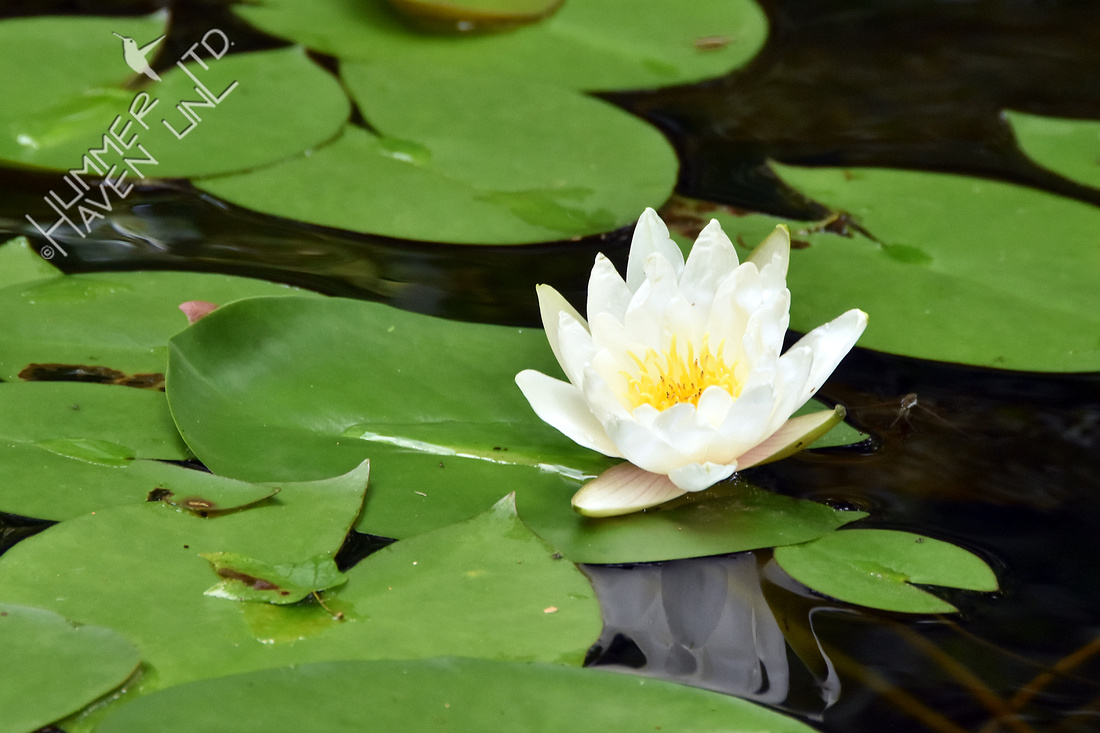 One day, a young male Northern flicker spent the better part of an hour finding ants and tiny grubs in this log by the gate. 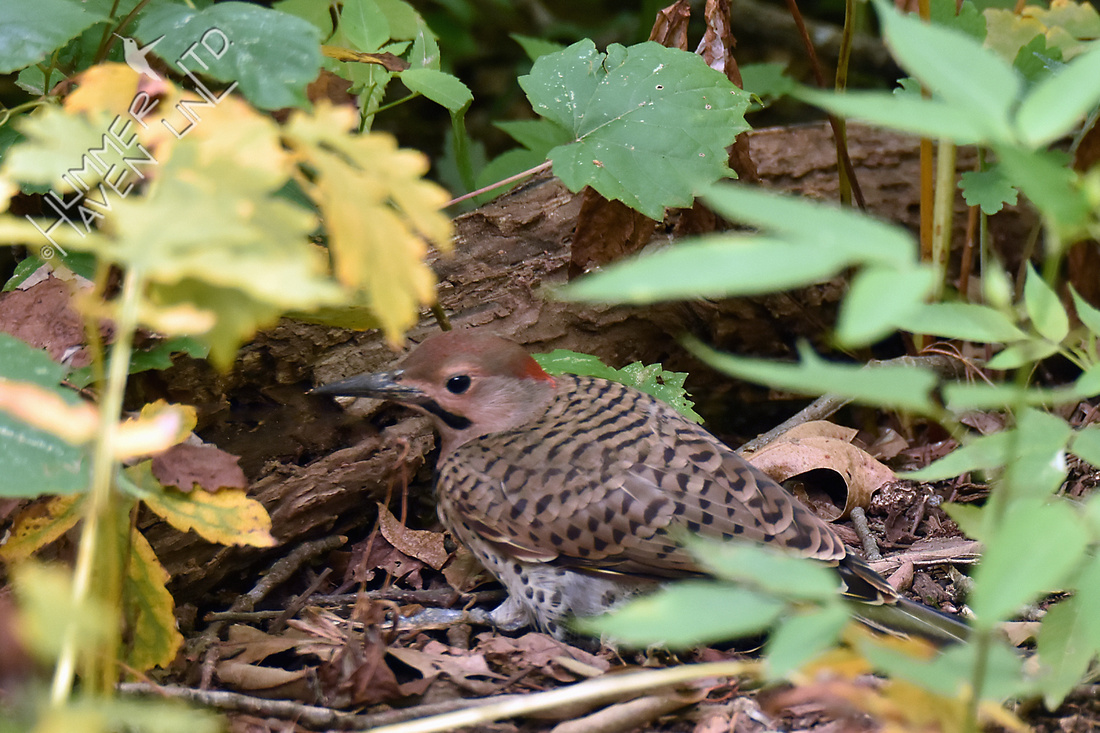 As the young birds get their new plumage and begin to look like their parents, the parent birds are in different stages of molting. This Northern cardinal is certainly a baldpate, and seeing them at this time of year makes it easy to imagine their ancestral relationship with dinosaurs. 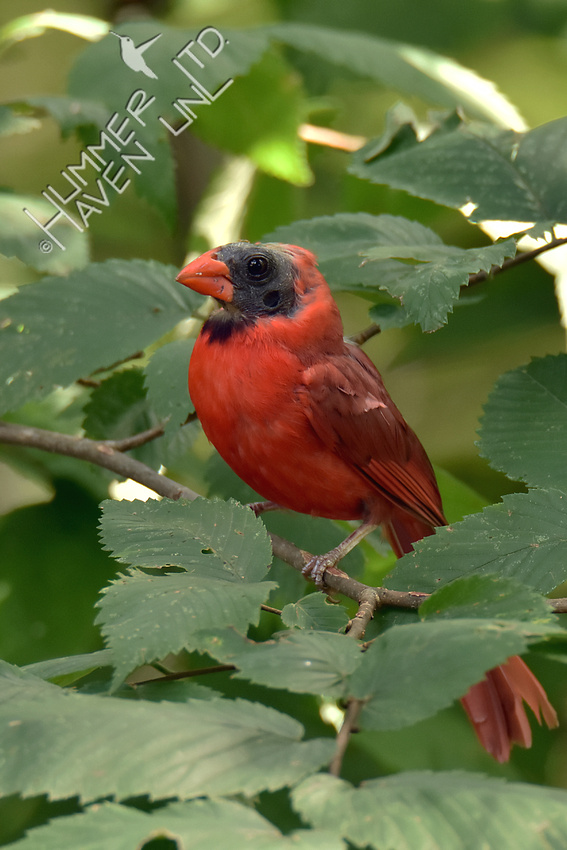 What a change from this April plumage! The bird will soon have new its new feathers and even put on up to 40% more downy feathers for the winter. We have many more hot and humid days to come before we think too much about winter, though. It's time for an iced coffee. 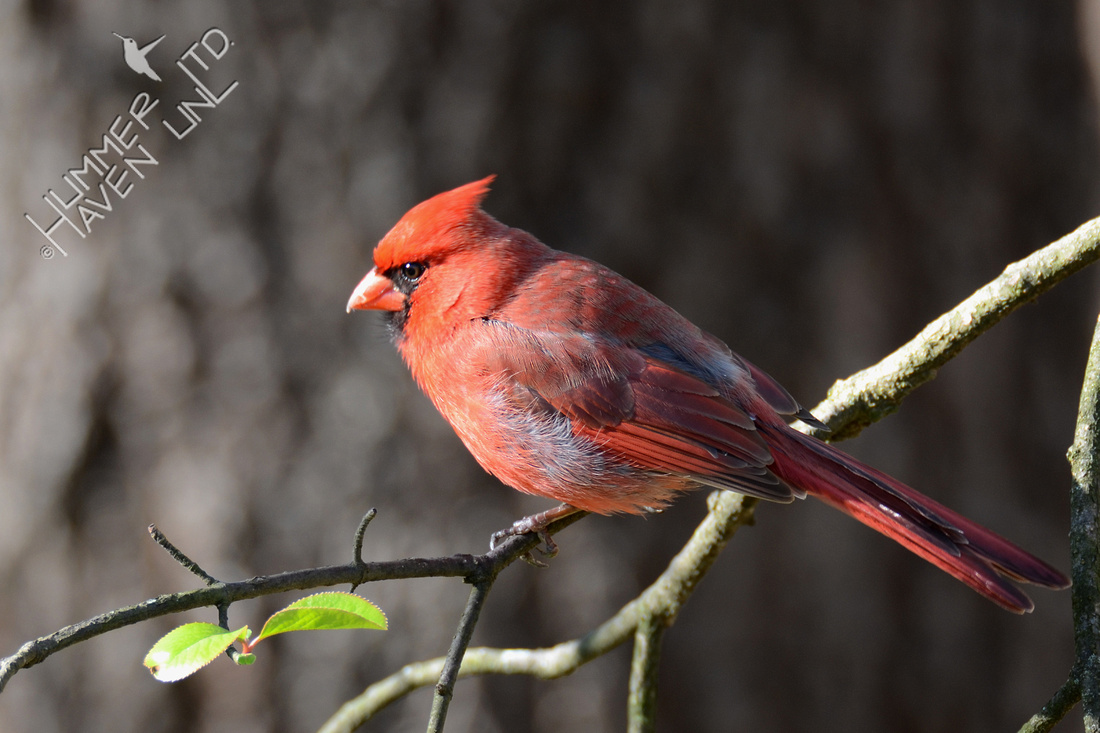 Hummer Haven UnLtd.
You are most welcome, Barb!!