We are not quite there yet, but we have been seeing more signs of spring this week.  Pine Siskins and Rusty Blackbirds continue to show up in small numbers on various days. Here are two Pine Siskins with an American Goldfinch at the feeder near the garden. 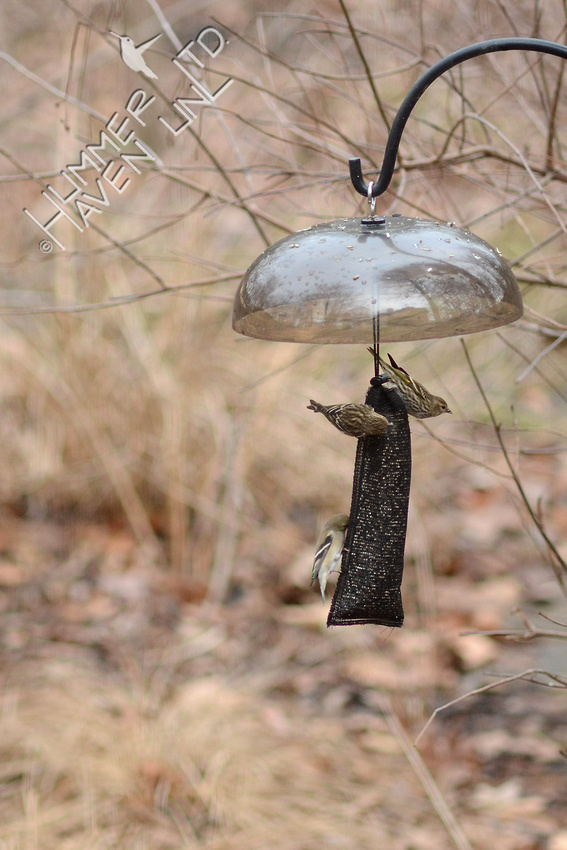 This female Rusty Blackbird is well-camouflaged amidst the pond cypress knees in the swampy thicket. The male turned over leaves a few feet away. 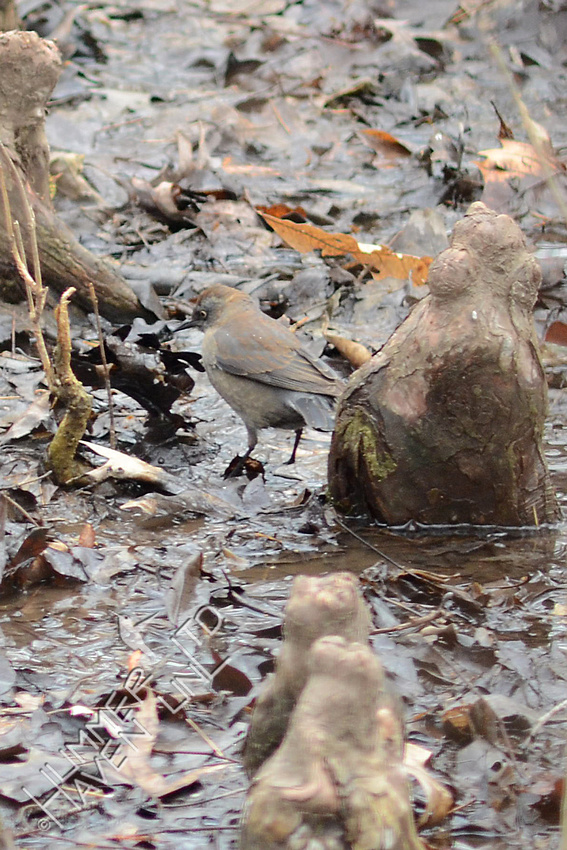 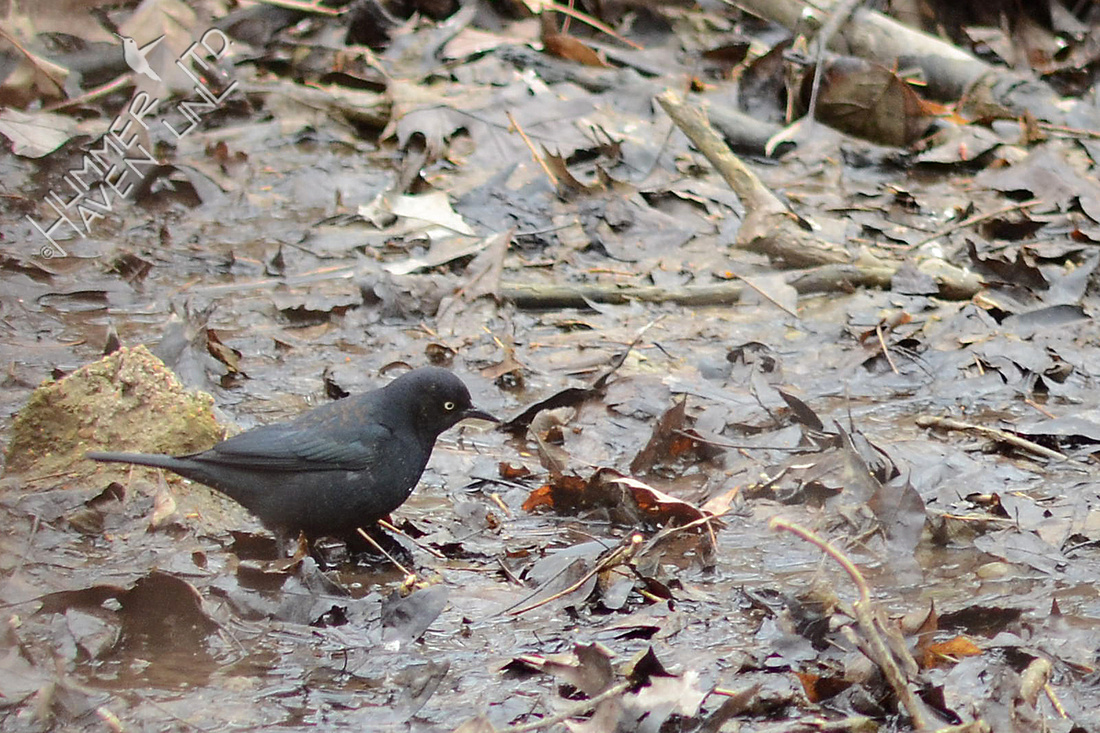 Two Yellow-bellied Sapsuckers were chasing each other about on Wednesday. They are getting brighter every day. 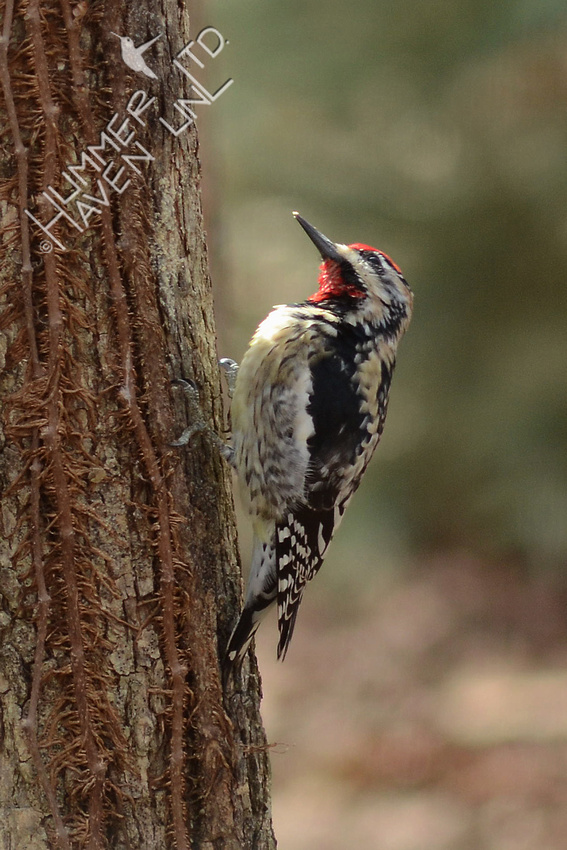 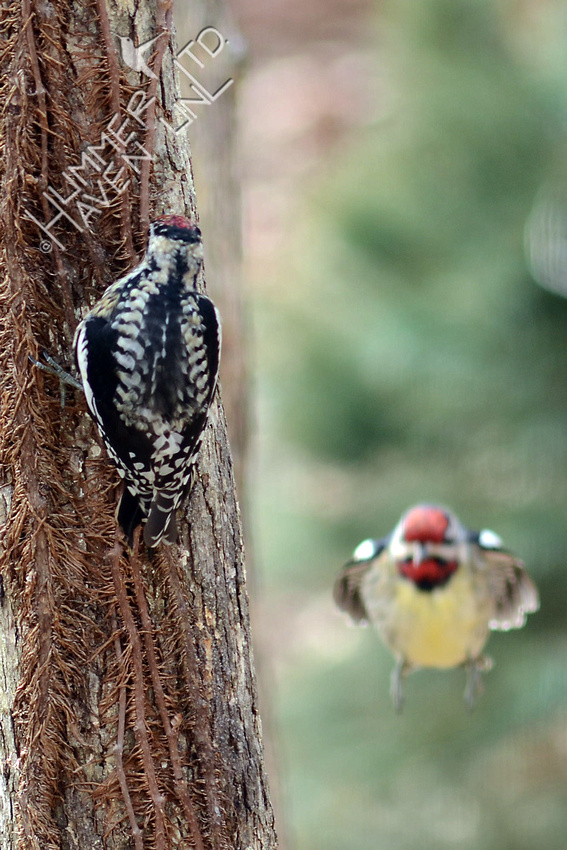 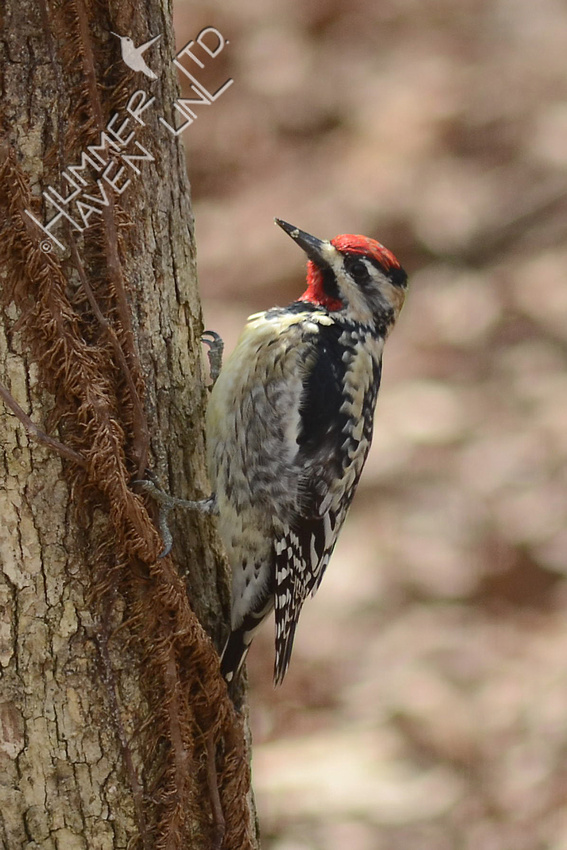 A female Purple Finch showed up briefly at a feeder on Friday. 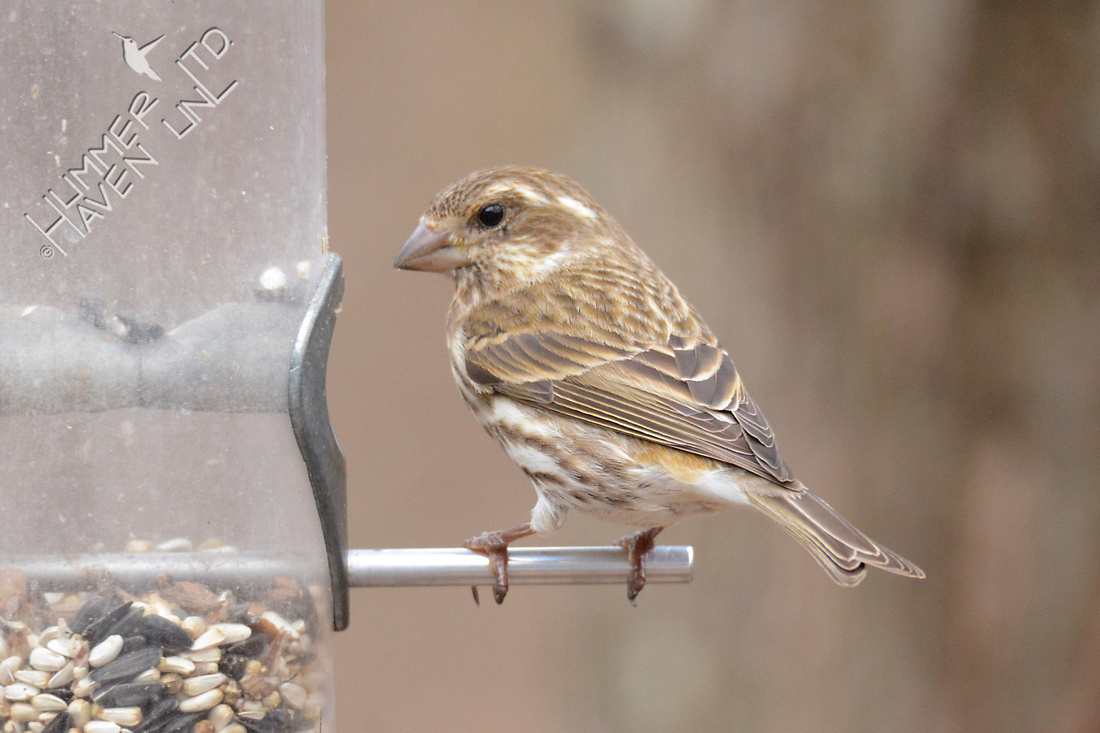 Two Brown Creepers were nibbling at the bark butter on Saturday. 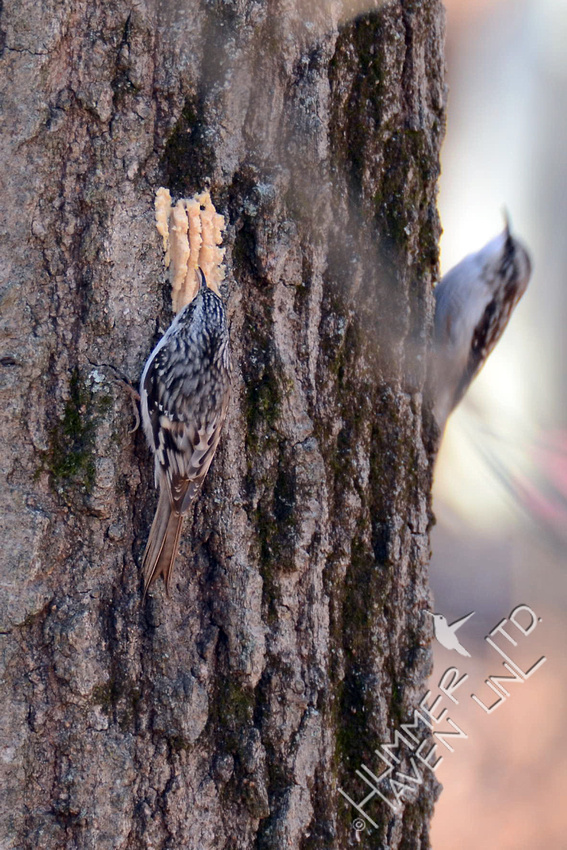 It was fun to discover this nest cavity being excavated by a Red-bellied Woodpecker.  It's a lot of work to hollow out an oak tree, but the bird is a determined engineer. What a perfect hole!  I just hope the European Starlings will leave the woodpeckers alone. The alien starlings are known to evict these native birds.  I'll be keeping an eye on this snag. 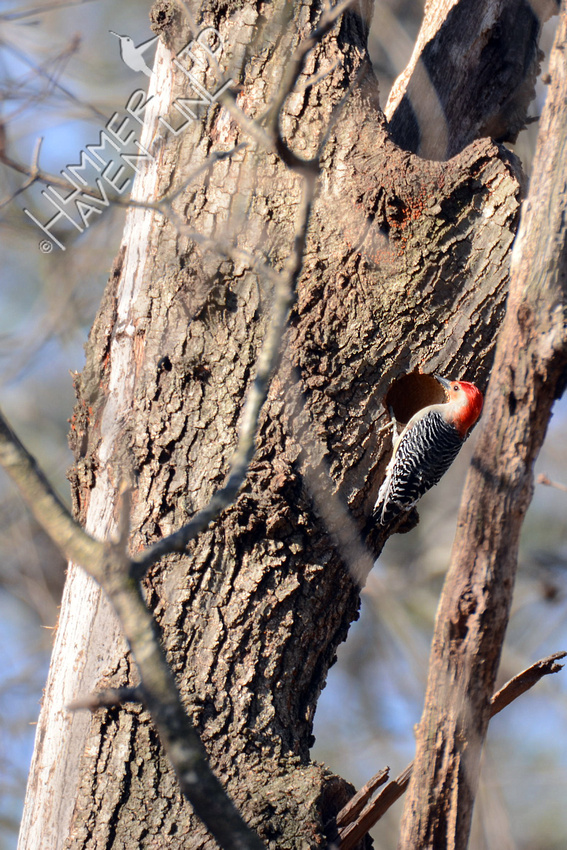 Dan spotted our first Eastern Phoebe on Saturday while I was with my friend.  Another came by on Tuesday just long enough for me to photograph it.  I love to hear their call and hope a pair will decide to stay around this spring. 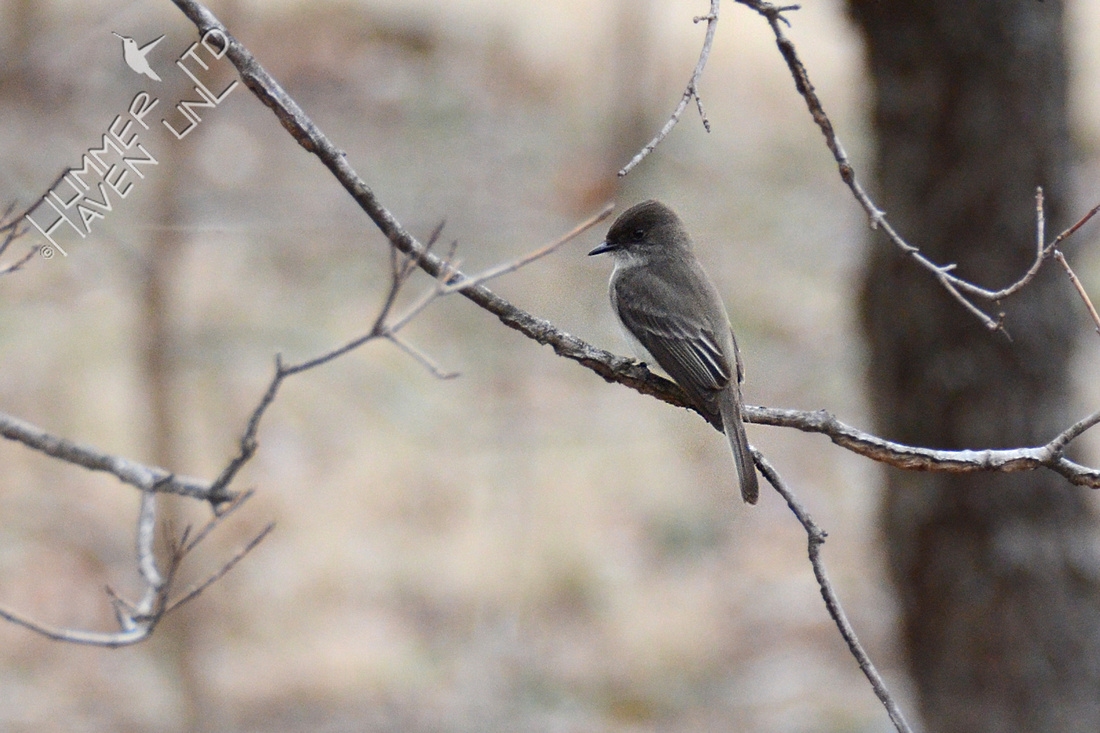 On Sunday evening, the Barred Owls were having quite a hootenanny in our front yard, one in a pin oak and the other in a sugar maple.  They flew to their former nest tree, checking it out.  We're hearing them regularly and yesterday, I was able to get some photos and video of the female.  She was resting in the Shagbark Hickory. 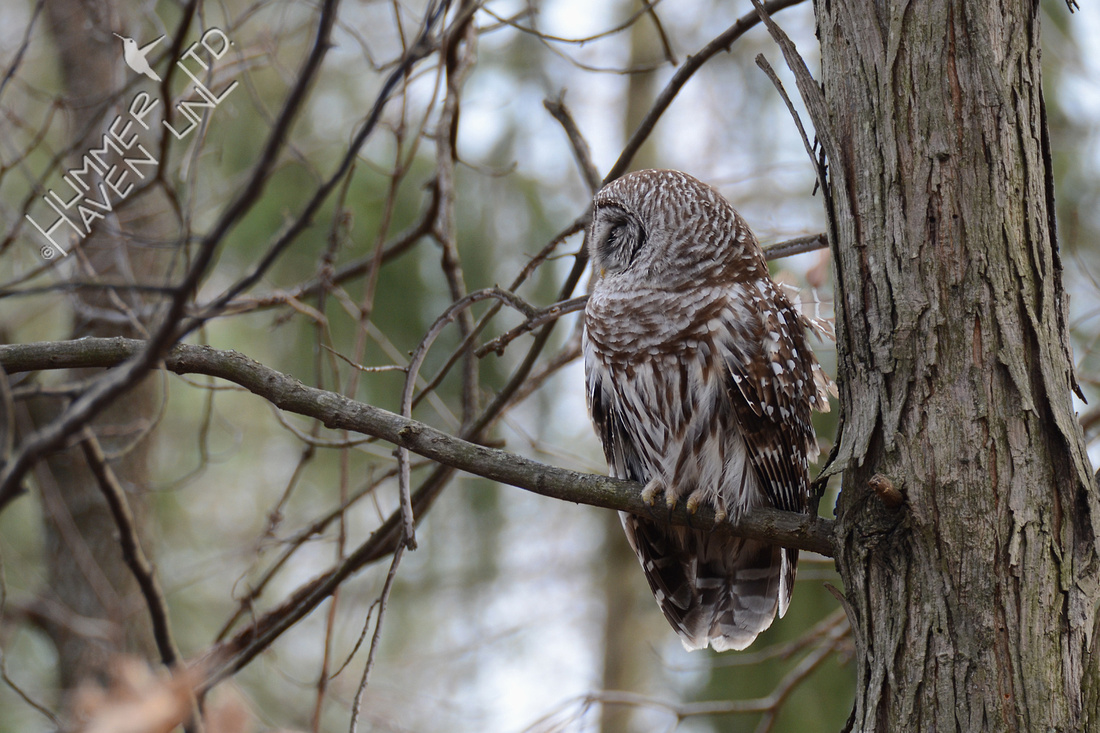 A pair of Blue Jays found the owl and brought in reinforcements to harass her, making it five against one. 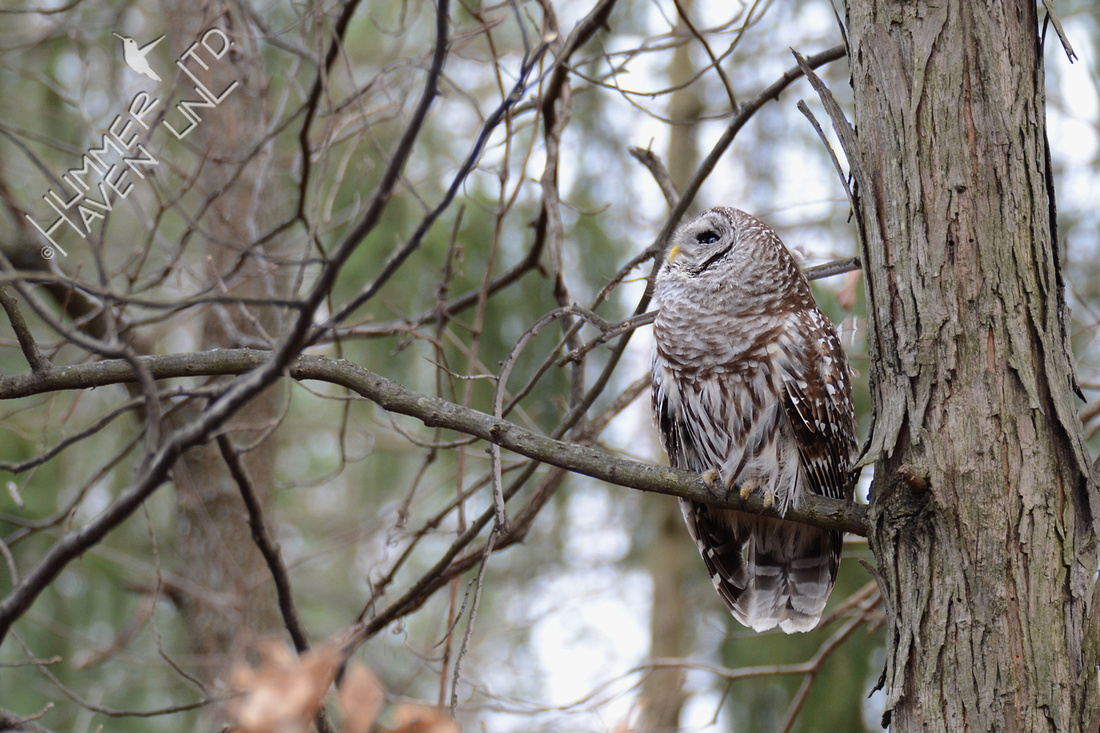 Here's a short movie of the interaction between them.  The Barred Owl indignantly fluffed up to look bigger, eliminated and then clicked her beak to warn them off.  One Blue Jay still dive-bombed her.  They finally left her alone and she called for her mate.  The male answered from a distance but her call was also answered by Teddy, a black lab who belongs to our neighbors.  It took all of my self-control not to chuckle into the microphone at his response!

The light was waning, it was time to come in.  I left the owl watching for her mate. 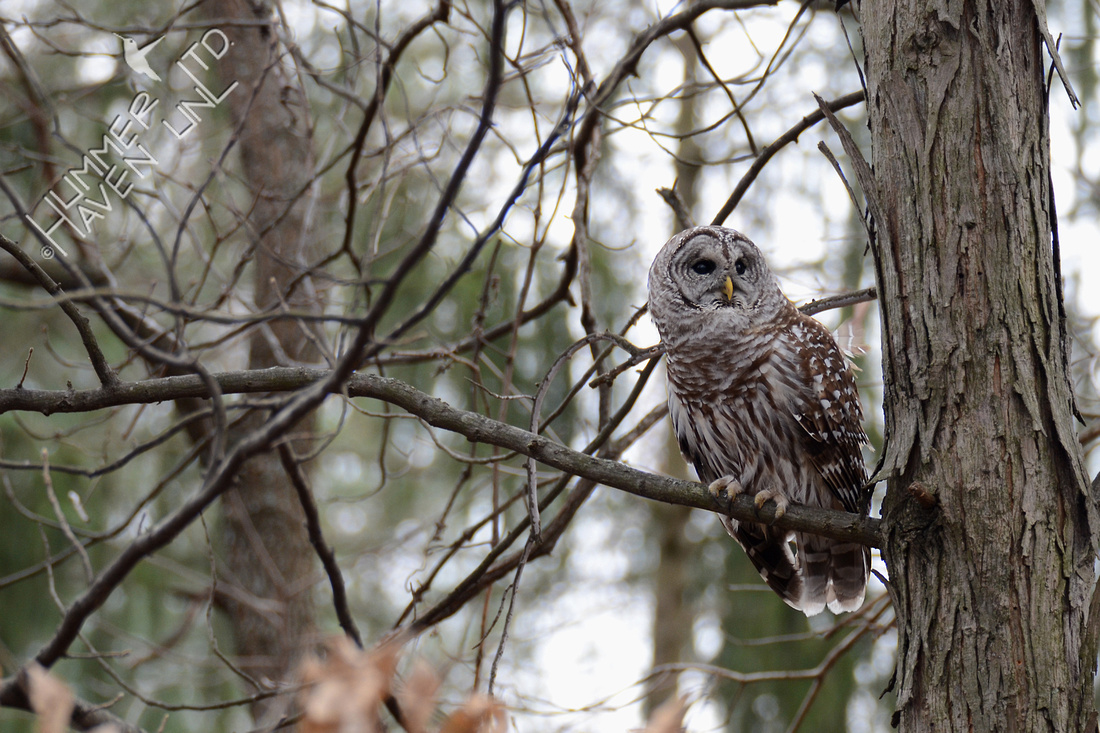