Barred Owls and a Whodunnit?

The Barred Owl pair have continued to frequent the woodland.  This bird found prey on Sunday afternoon, 3/15/15.  It then took a little nap in the Norway Spruce in the neighbor's yard. 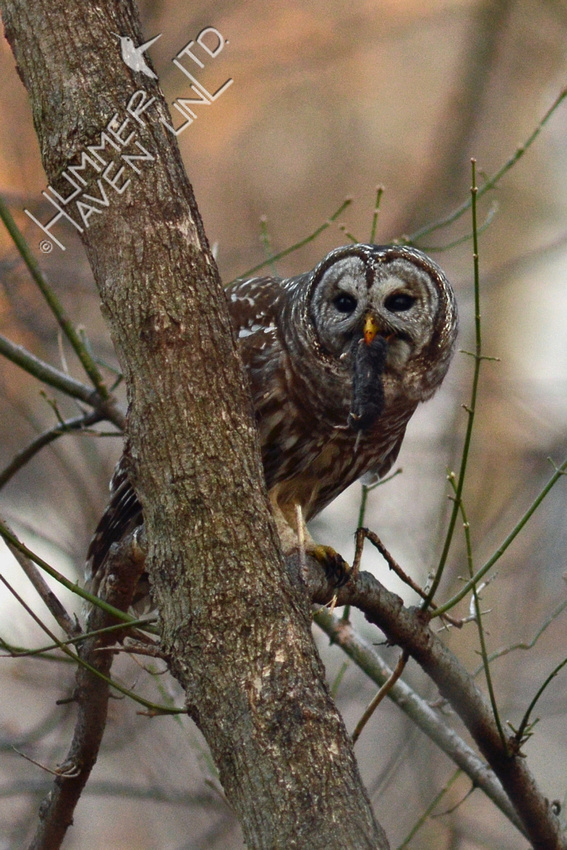 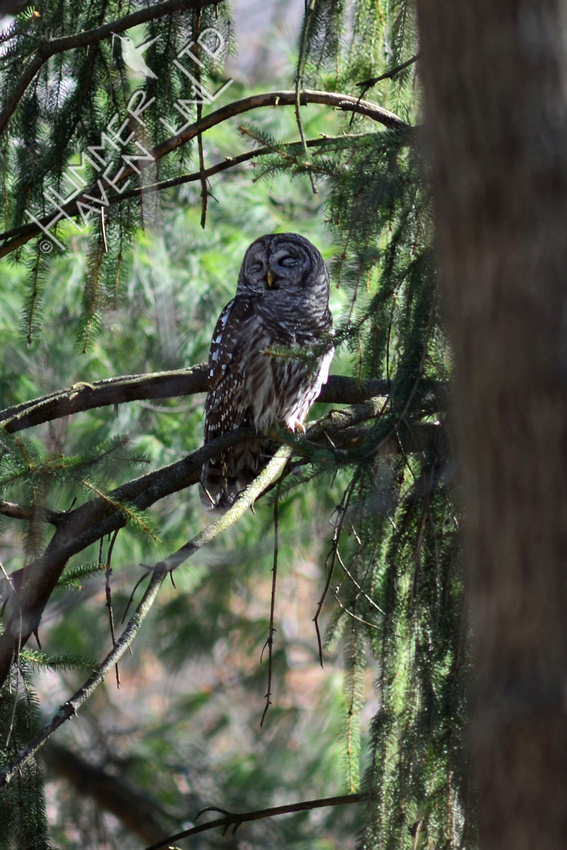 Yesterday morning, the owls were duetting at about 6 a.m. in the Sugar Maple right outside my office window.  I think they may have been mating because later in the morning, I saw one of them, presumably the male, chasing a squirrel away from the nest cavity they had used in the past.  I went out to check and sure enough, the female was definitely sitting in the cavity.  See the tail feathers?  The same kind of thing happened five years ago on nearly the same date.  It will be a while before we see any little bobble-heads! 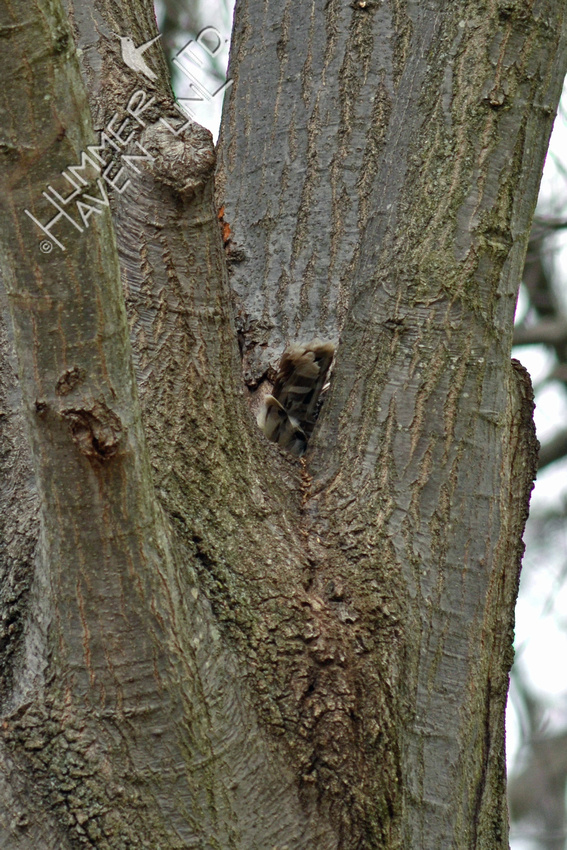 Now for the mystery.  This morning, per usual, I got up early to check the recordings on the Bubbler Cam.  To my wide-eyed astonishment, an opossum was caught on video dragging a male mink to the bubbler area.  This was just before midnight.  The opossum not only dragged the mink, the opossum proceeded to work away at eviscerating the mink.  This went on for over 40 minutes.  To me, the real mystery is, "Whodunnit??"  Opossum usually eat carrion along with other insects and smaller mammals.

Barred Owls, on the other hand, have been known to take mink.

SO...WHODUNNIT?  Who really killed the mink?  Is it even possible that the opossum did it?  Was the opossum just protecting its den and this was the result of an encounter?  Or did the Barred Owl do it?  Was the owl disturbed by the opossum and left the mink behind?  Did the mink die a natural death or, as Dan speculated, was the mink poisoned?  We don't have a butler ... we'll never really know but it raises many questions.

The implications for the female mink are not good.  She probably won't be able to raise any young by herself, the pair usually work together until August to do that.

Here is the five-minute video for those who decide to watch this amazing natural event.

Brian Hall(non-registered)
Very interesting! I've never seen an opossum that energetic before. It seems highly unlikely that the opossum killed the mink, but given how limp the mink's body was, it seems like it had died recently. Poison is an interesting theory.
kathy bildner(non-registered)
I love the last photo of the owl.
A couple of nights ago I tried to photo the famous great horned owl at Forest Park. It was too high up in the trees to get a sharp image.
I do not think opossums would kill a mink. They will eat anything they can find.
Lisa Erekson(non-registered)
Wow! Such beautiful photos! My kids and I love watching your Bubbler cam videos. They are always amazed at the variety of animal life right in your backyard:)