It is always fun to see warblers and I know that migration is winding down, but yesterday there were still migrants here ahead of the next cool front.  This Orange-crowned Warbler stayed in long enough to actually see why this bird has that name. 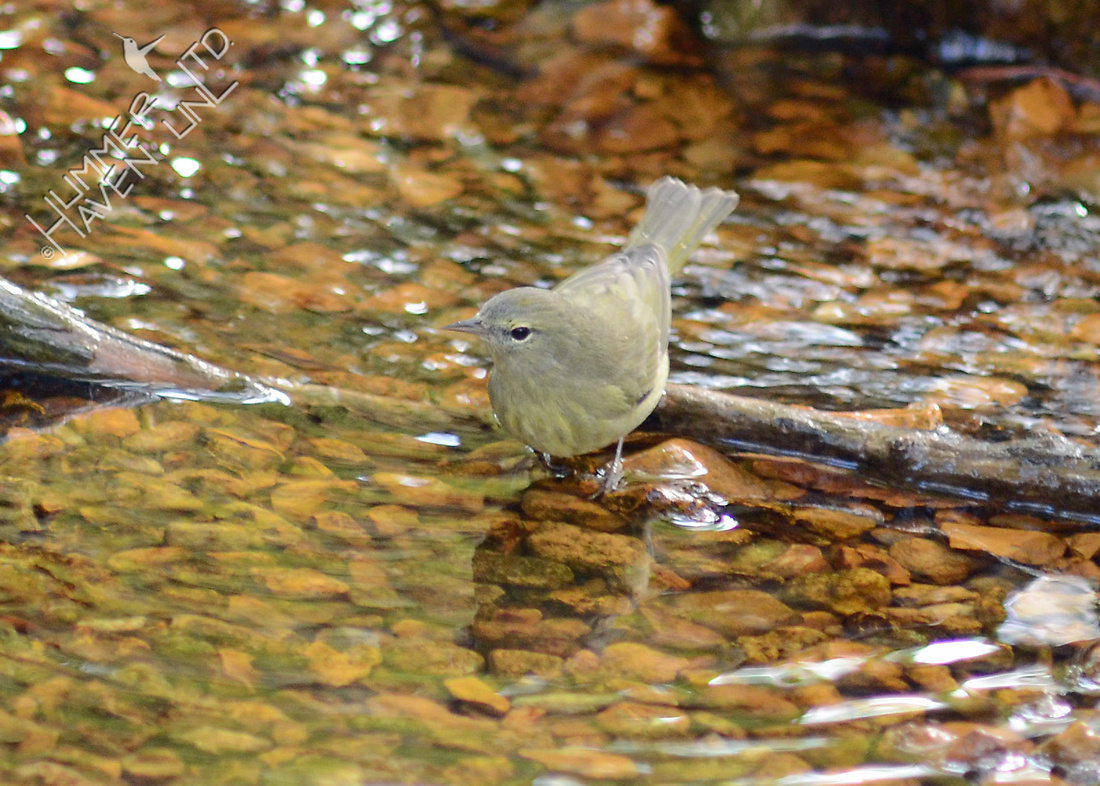 He called to the Carolina Chickadee to join in. 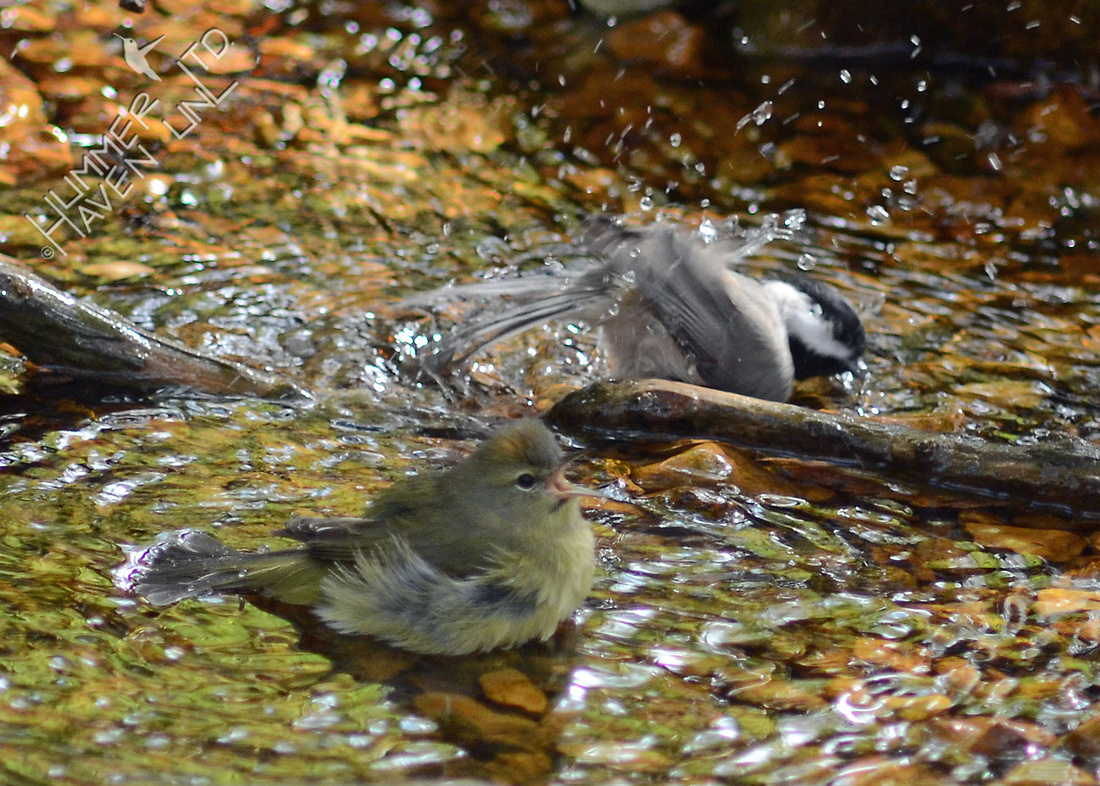 His joy was infectious! 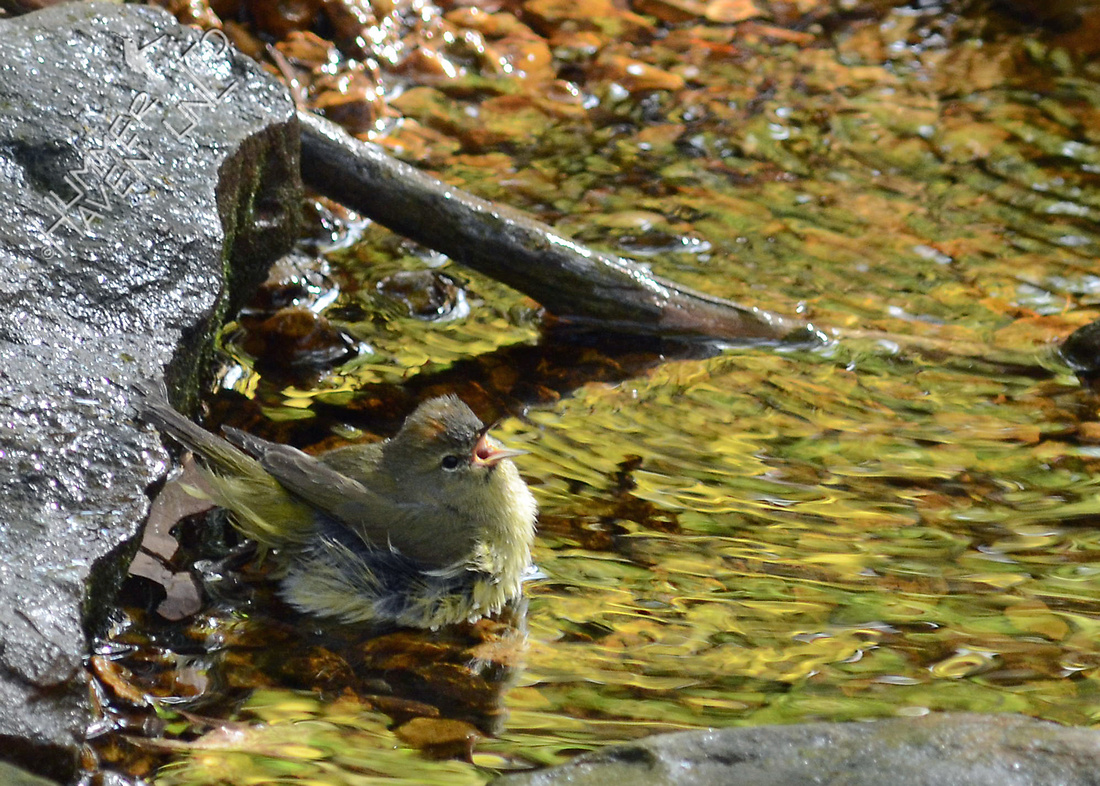 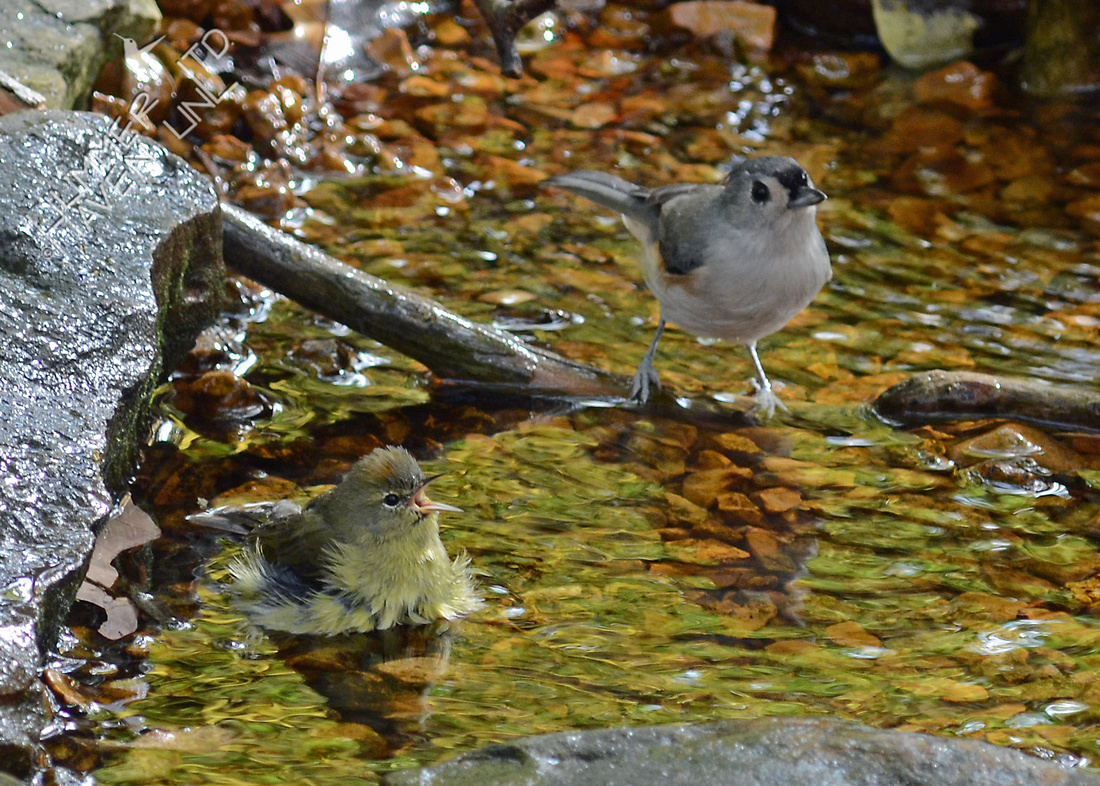 The Orange-crowned was not taking this for granted! 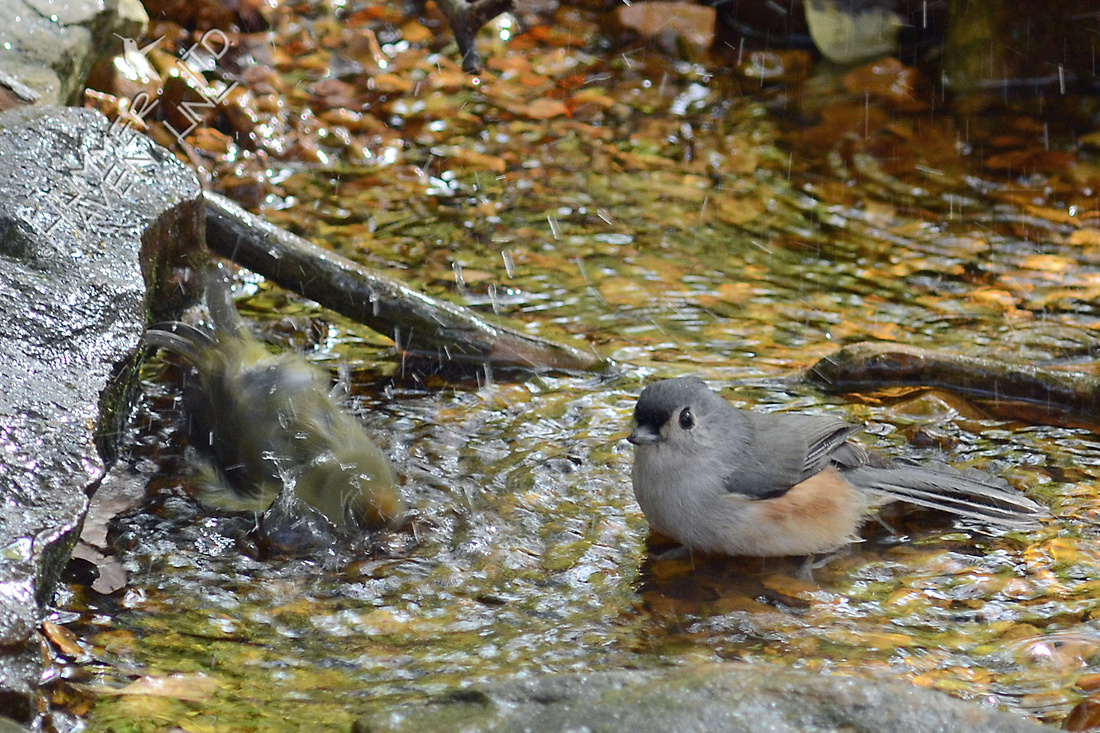 There were other birds.  A Chestnut-sided Warbler was frantically feeding, two Blue-headed Vireos bathed in the sump puddle and this Tennessee Warbler was finding tiny emerging insects on a small Elm. 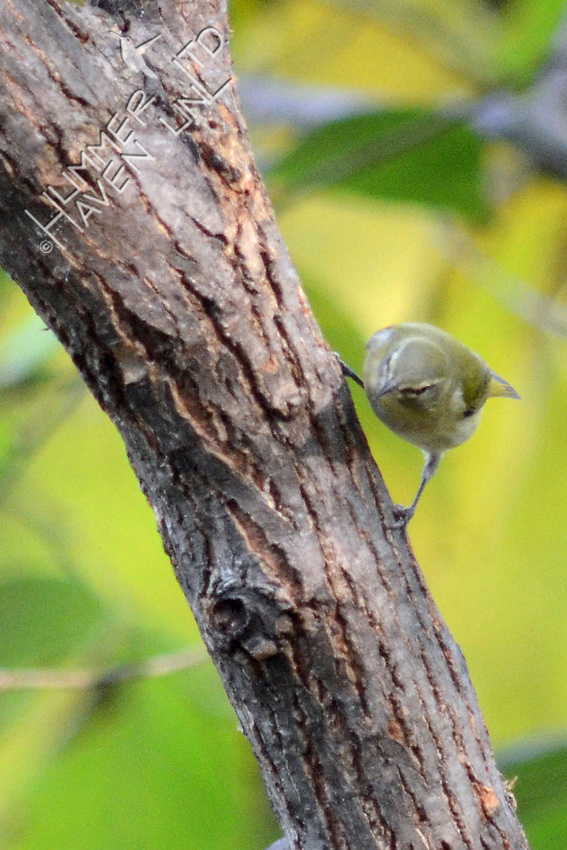 The Yellow-rumped found food there, too. 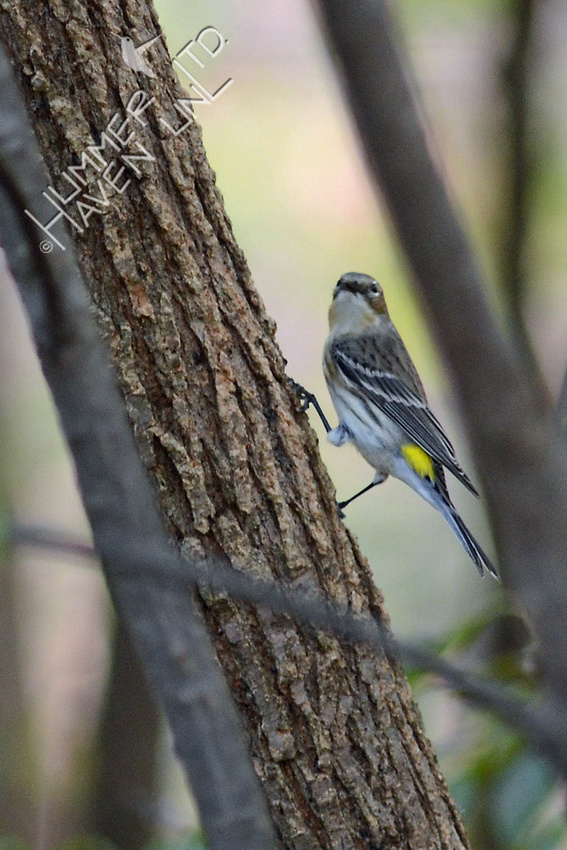 A Ruby-crowned Kinglet paused a second while foraging. 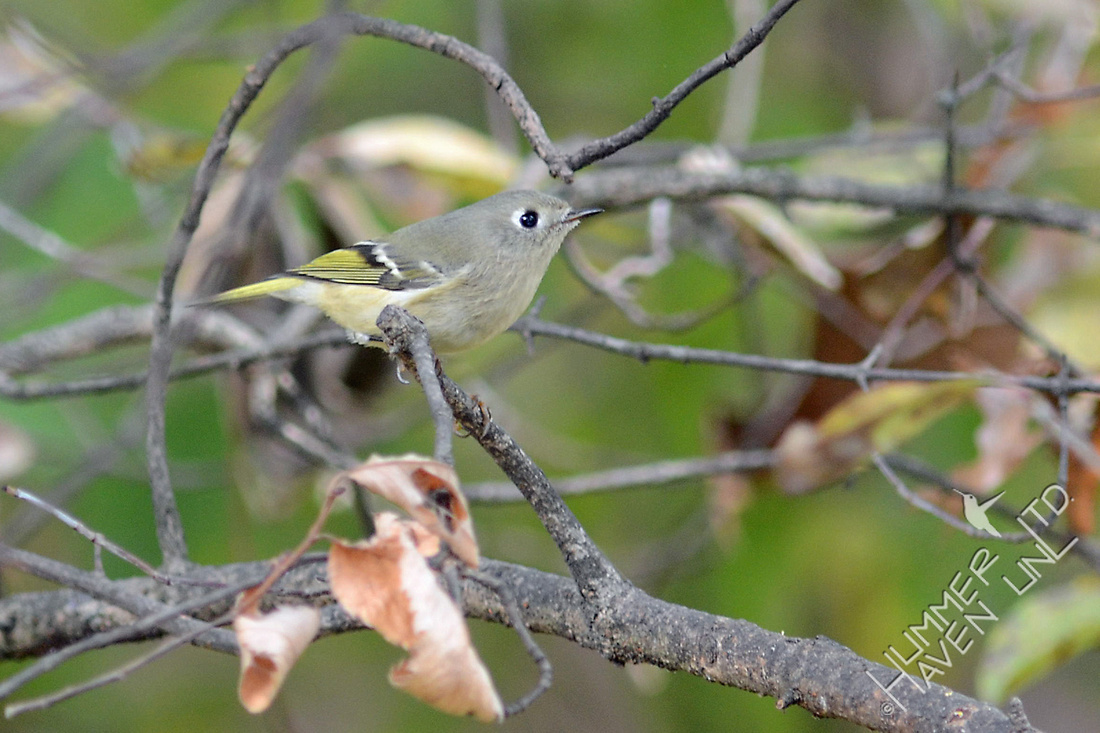 The White-breasted Nuthatches were also active. 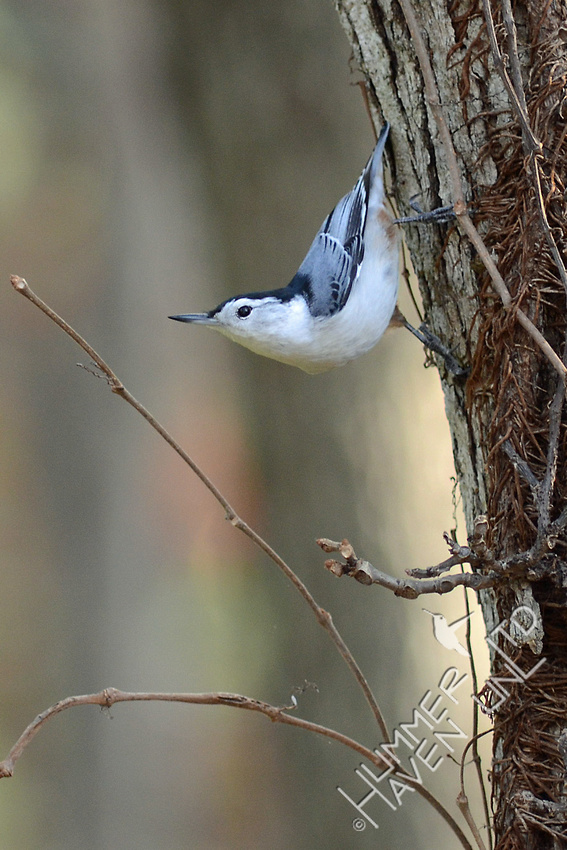 This young Northern Cardinal took some time to rest.  It was a lovely afternoon. 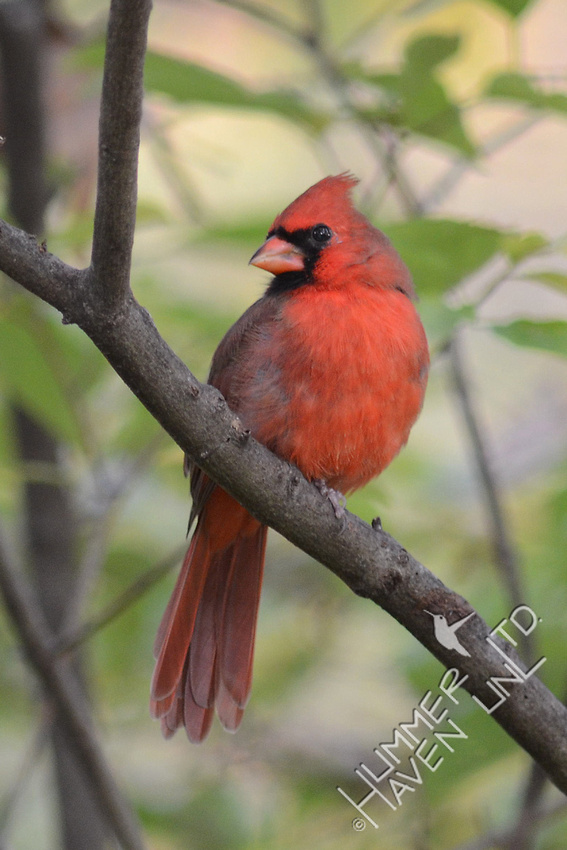